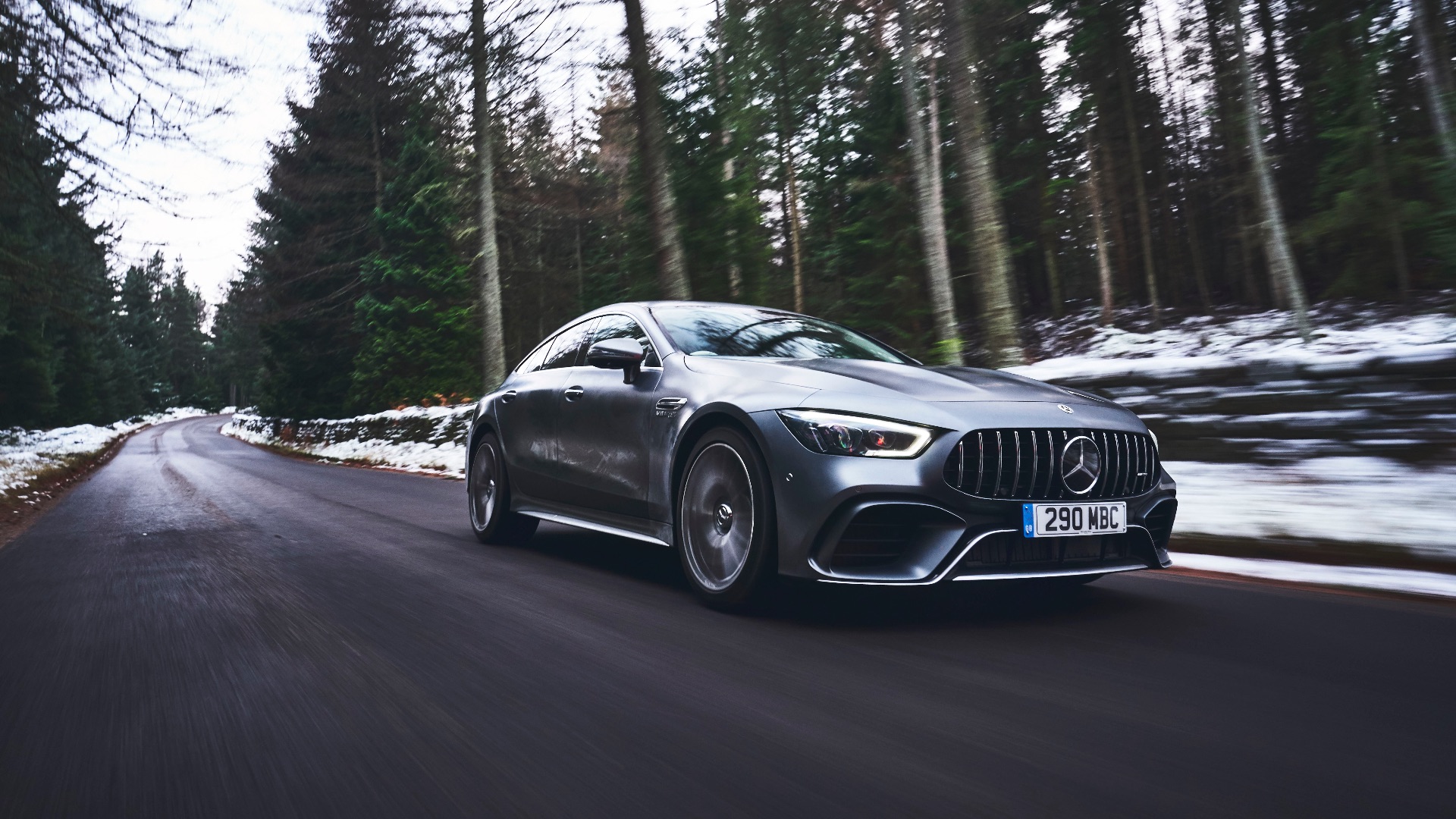 Pity the poor Mercedes-Benz salesperson. The world’s oldest car company lists no fewer than 33 separate models on its UK website, from A-Class hatchback to S-Class limousine. Factor in engines, trim levels and optional extras, and the list of potential combinations is… a lot.

The latter car – which I’ve been driving this week – is a conundrum in its own right. Named after the AMG GT supercar, it shares its platform with the E-Class and CLS. Oh, and it actually has five doors. Go figure.

If all that sounds more confusing than the beer menu at Oktoberfest, the result is something quite spectacular. This four-seat family car (of sorts) has more power than a McLaren F1. Driving all four wheels via a nine-speed auto ’box, its 639hp twin-turbo V8 delivers 0-62mph in 3.2sec and nigh-on 200mph. You could lose your licence and end up behind bars without getting beyond third gear. 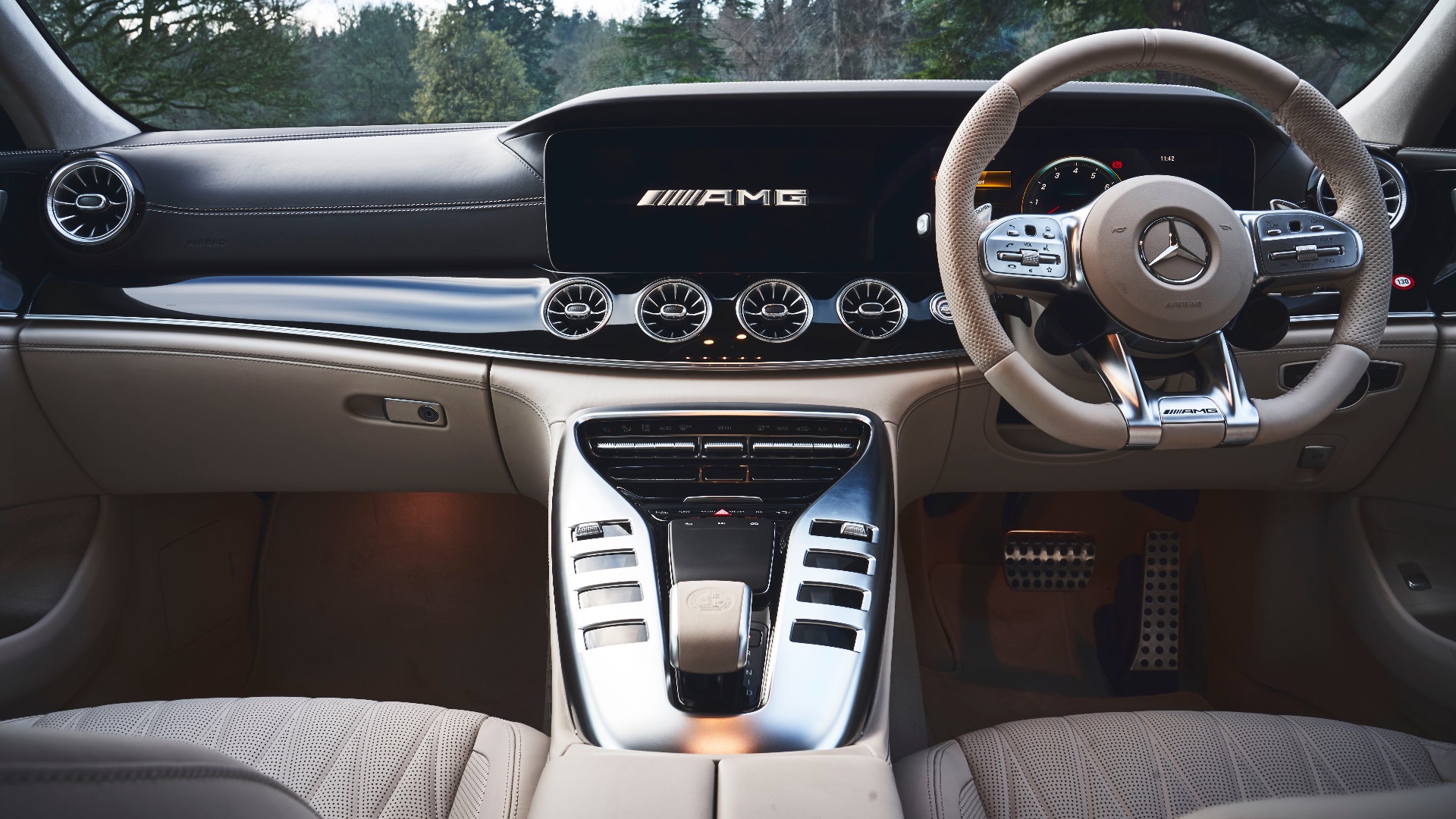 A rippled bonnet and Hannibal Lecter grille endow the 4-Door with formidable rear-view-mirror presence, although it’s less athletic from other angles. Inside is where it really makes a statement, with widescreen digital displays, a jutting centre console, animated switch graphics and 64-colour ambient lighting.

At night, my car’s cabin was bathed in neon pink and purple, an effect somewhere between Blade Runner and a seedy German strip club. Or how I imagine such an establishment, at least. Ahem.

No question, though, this is one of the best interiors of any new car – even for passengers sat in the two sculpted rear seats (a three-person bench is optional). Mercedes has finally trumped arch-rival Audi at its own game, blending daring design with build quality to shame the Berlin Wall. The only disappointment is the new touchpad interface for the media system, which replaces a vastly more intuitive clickwheel. Try changing a playlist at your peril.

The delivery driver said it’s an “absolutely stonking car”. And I can’t think of a better description, frankly. pic.twitter.com/sLA2c9sUUZ

Thankfully, the blood-and-thunder V8 is all the soundtrack you need. It exhales through four tailpipes with a belligerent bellow, piling on speed with psychotic intensity. Throttle response feels exuberant and there’s ample four-wheel-drive traction, backed up by belt-and-braces suite of active safety systems.

Navigate several sub-menus and the daring/deranged can also select Drift Mode, which effectively makes the car rear-wheel drive. I had stern words with my inner hooligan and left well alone. 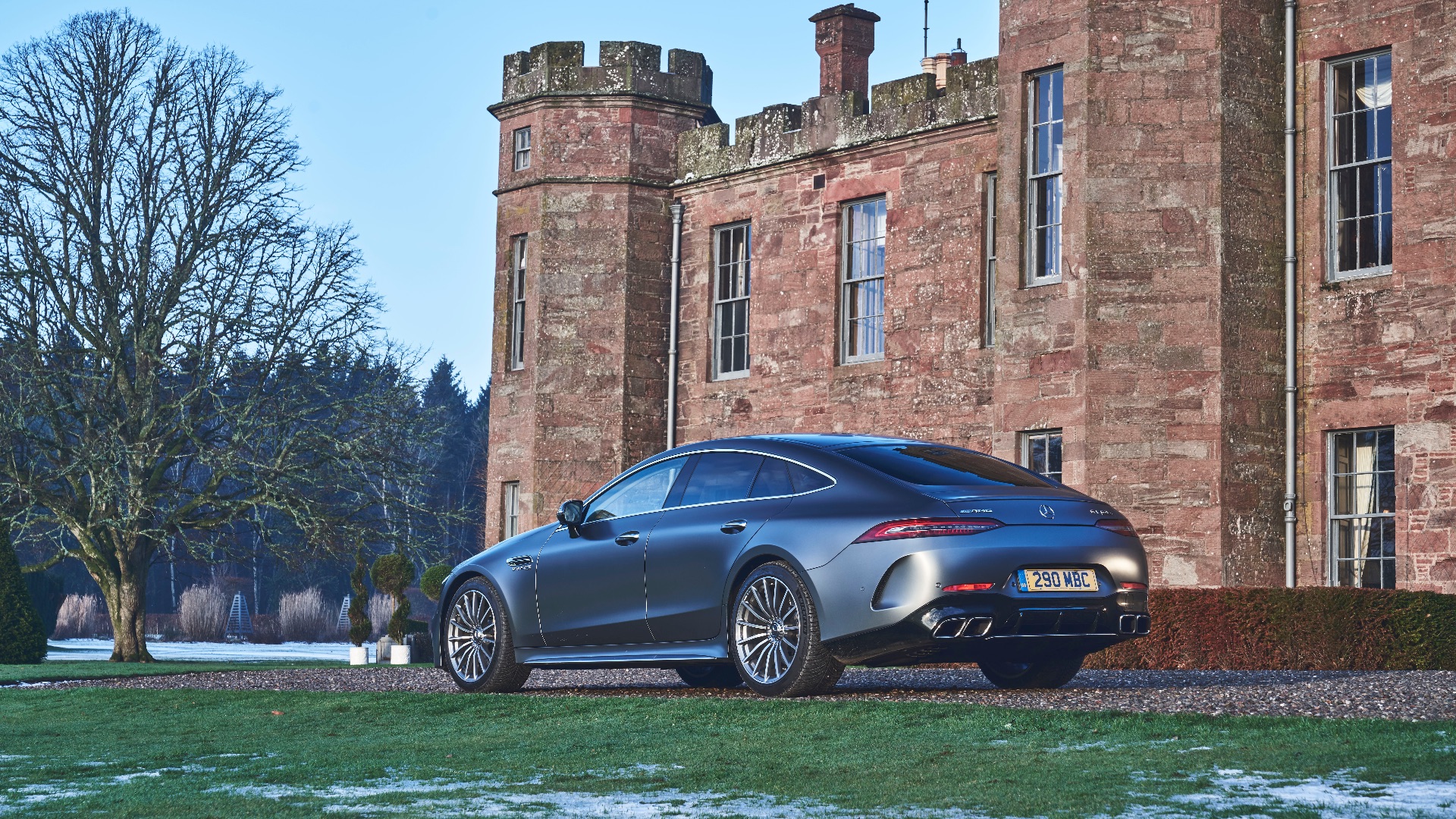 I suspect few cars could devour a derestricted Autobahn quite like a GT 63S. However, it’s also agile and engaging at sensible speeds, helped by precise steering and a keen chassis. Around town, the rear wheels turn in the opposite direction to the fronts to aid manoeuvrability, then in faster corners all four wheels swivel in the same direction to improve stability.

There’s also selection of drive modes from Comfort to Race, with numerous configurations in-between. Mercedes-Benz does like offering choice, after all.

Apart from its £135,615 cost and 22.1mpg thirst (low teens if you enjoy yourself), the only downside here is the restless ride. Three-chamber active air suspension quashes body-roll, keeping the car poised and planted, but the pay-off is a fidgety feel at odds with the ‘GT’ side of the AMG’s character. If you want comfort, both the CLS and S-Class fit the bill better.

The AMG GT 4-door, though, defies such level-headed logic. A Porsche Panamera Turbo S E-Hybrid is more rounded and no less rapid. And, if you can sacrifice two doors, the Bentley Continental GT is even more louche and luxurious. Yet for sheer chutzpah, nothing tops the bombastic AMG. Here’s one car that sells itself.

This Lexus UX is the world’s first tattoed car