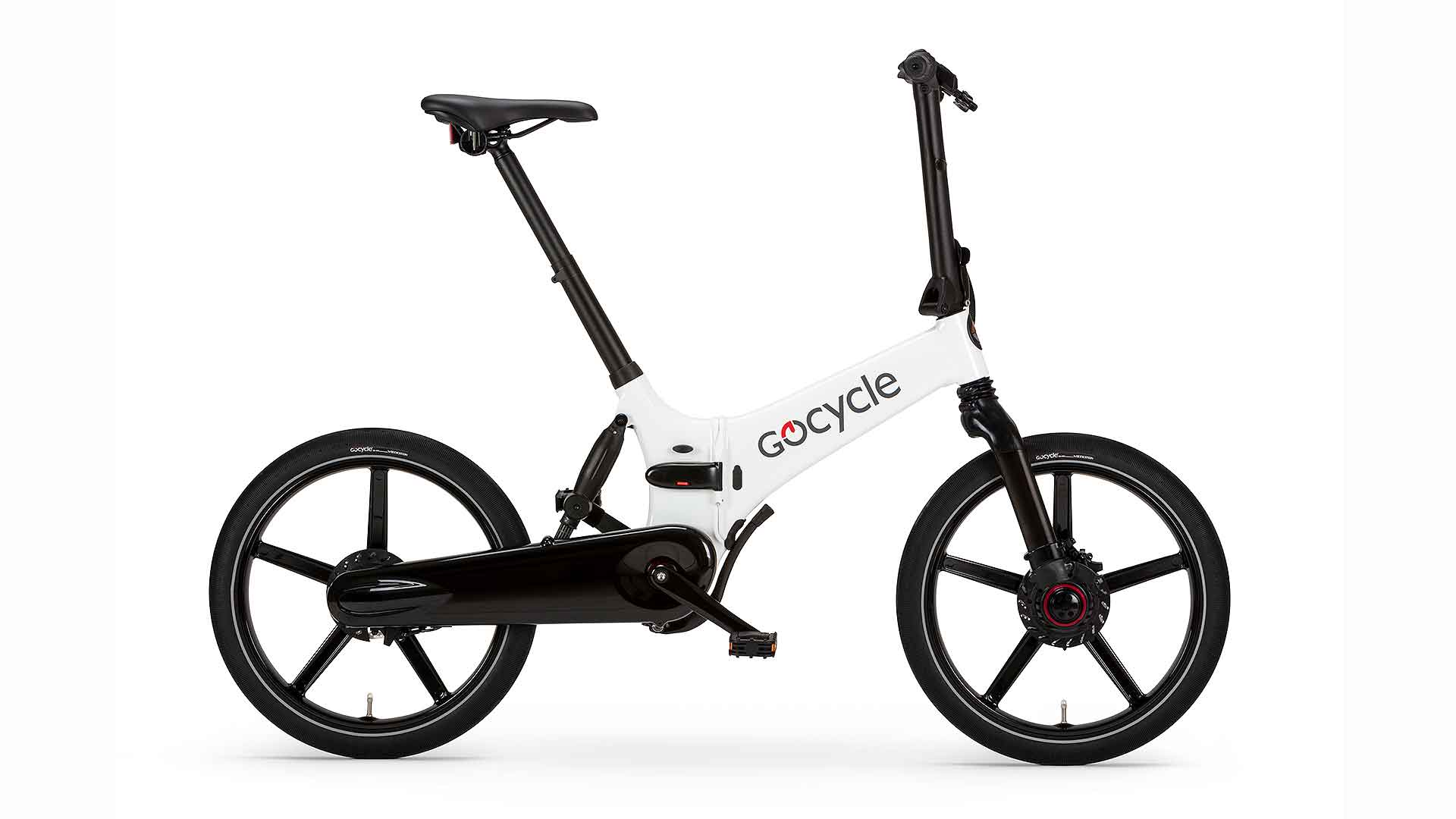 Gocycle is a British electric bicycle manufacturer founded by a former designer of McLaren racing cars. It has produced several bikes since being founded in 2002, but the Gocycle GX, introduced in 2019, is easily its fastest-seller.

The GX’s secret is a commuter-friendly fast-folding design. You could fold older Gocycles, but the process took several minutes. With the GX, it takes as little as 10 seconds. Then, simply grab the saddle and wheel it away. 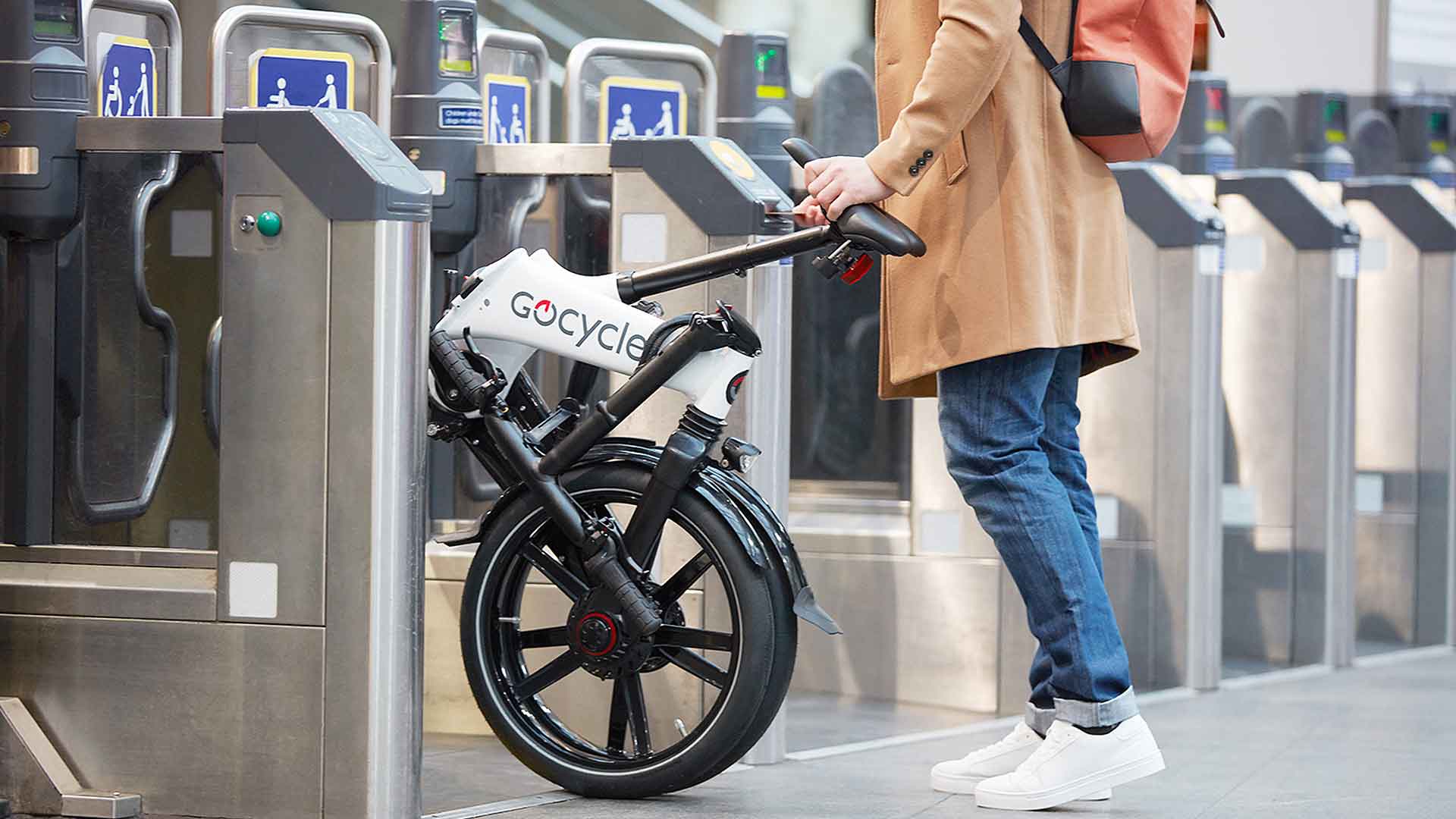 Now, with the post-coronavirus world potentially leading to a boom in commuting (or part-commuting) by bicycle, many will consider riding a bike for the first time in years – perhaps ever.

An electric bike, or e-bike, could be the answer these rusty riders are looking for.

Added bonus of electric assist? The potential for businesspeople to avoid buses, trains and the underground without getting sweaty. It’s a genuine barrier to cycling for some.

To find out what commuting by electric bicycle is like, we have been living with a Gocycle GX for the past few weeks. Here’s what we discovered. 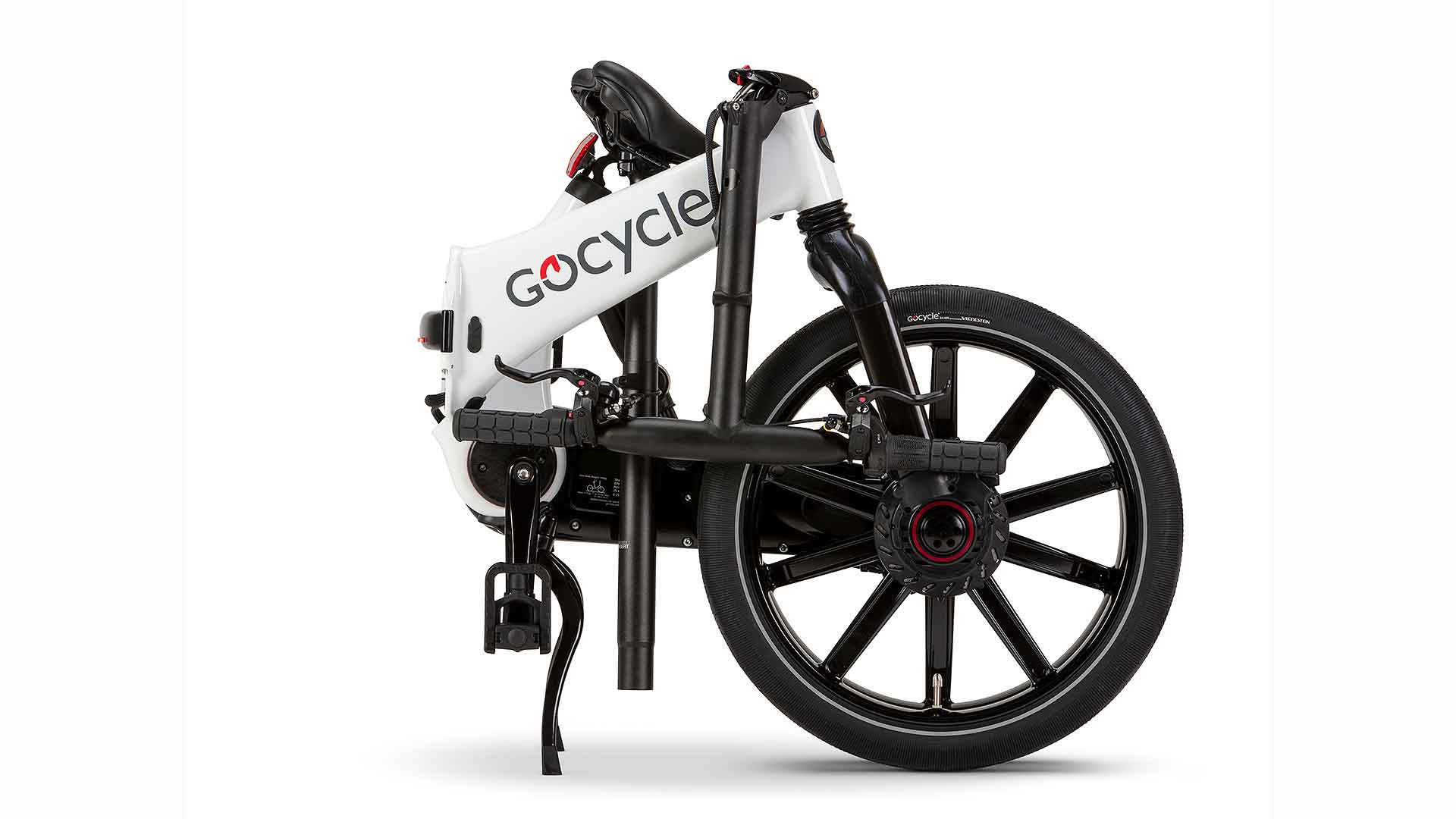 The Gocycle GX costs £2,899 (a Brompton Electric, a rival premium electric bicycle, costs from £2,595). It is driven by a custom-designed front hub motor, producing 250 watts. There are three Shimano Nexus gears sealed in a patented Cleandrive transmission – so your trousers won’t get covered in oil.

Top speed before the electric assist cuts out is 15.5mph (or 25kph), limited by European law. It is powered by a 300 Watt-hour lithium-ion battery hidden in the frame. This gives a range of up to 40 miles, depending on pedal input. Charging time is seven hours. Gocycle says it costs 4p per charge.

A simple five-LED display indicates battery charge, but the Gocycle GX also connects via Bluetooth to a comprehensive smartphone app.

The 2020 GX model has improvements over 2019 bikes. There is a new front fork design that makes it easier to ride and (along with changes to the frame) saves 0.4kg. The whole bike now weighs 17.4kg: light enough to lift into a car boot with one or two hands without tweaking your back. 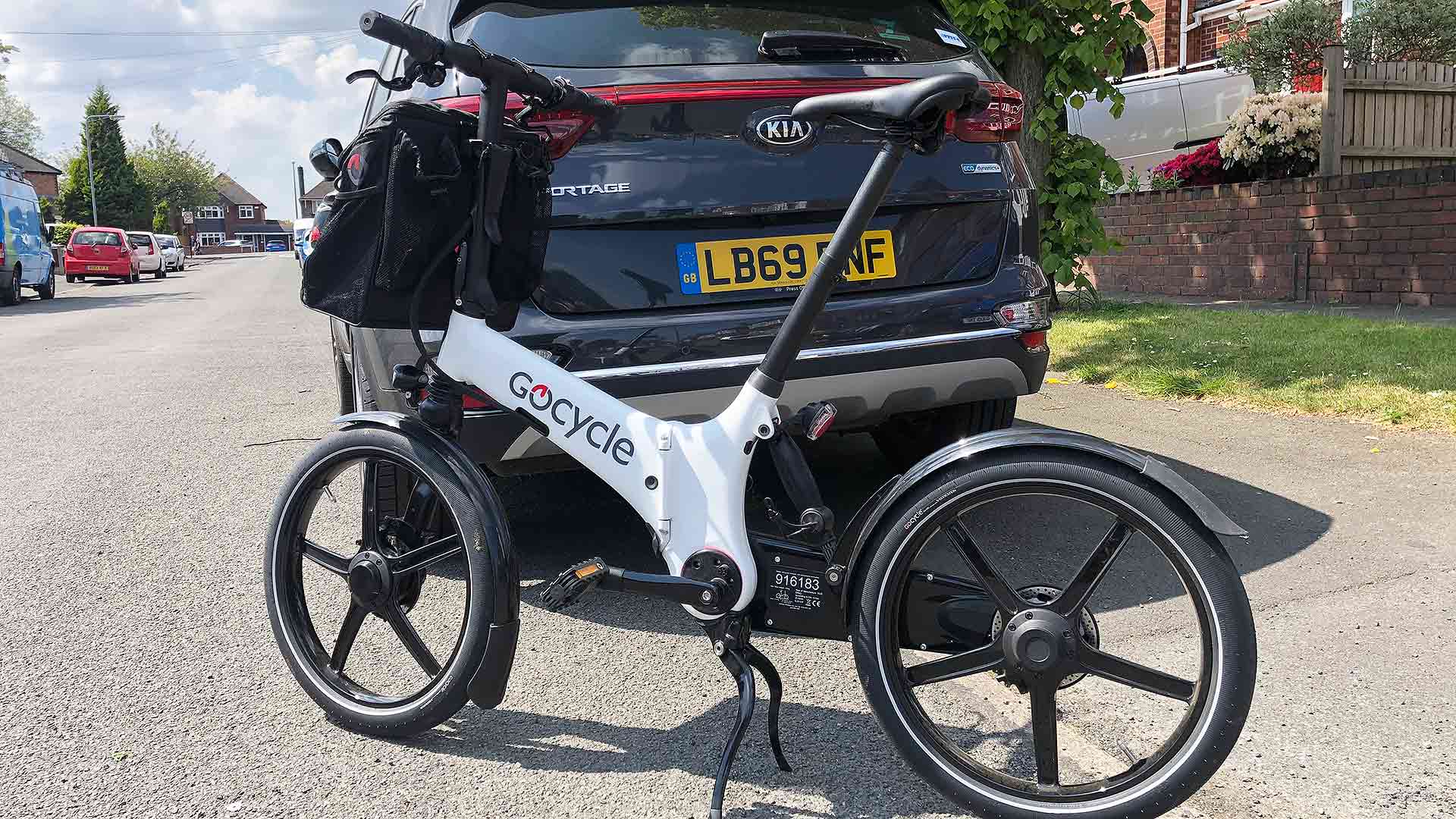 The folding mechanism is also smoother, and Gocycle has reduced external cabling down to one thin cable, making it easier to fold and stow away, as well as cleaner-looking.

It is a genuinely stylish and head-turning bike, as modern-looking as a Brompton is traditional. 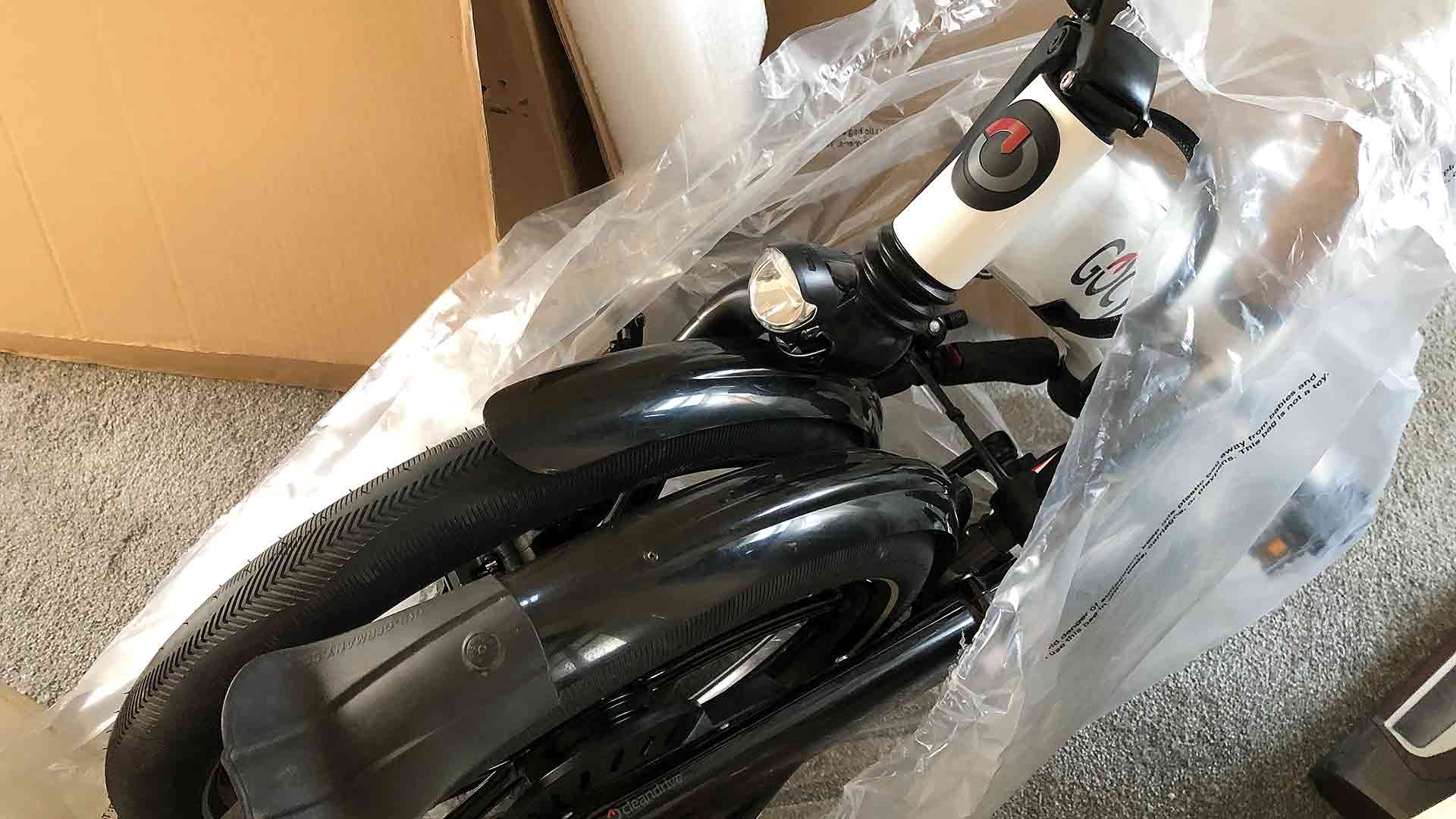 Buyers can order a Gocycle from a local dealer or online. Our test model was delivered, and unboxing it was a fun process in itself.

Importantly, it was fully assembled. We simply opened the box, folded back the protective padding and lifted out the GX. The folding mechanism is so intuitive, we didn’t need instructions: flip the frame sideways and click the clasp, then lift up the handlebars and do the same.

We slotted in the saddle and tightened the clasp using the slightly fiddly thumb wheel, then adjusted it for height with an Allen key. If you want to let someone else ride it, you need the Allen key, which isn’t the smoothest solution, although there is a stowage slot for it beneath the saddle.

The bike arrived fully charged. Once we found the ‘on’ button – a black rubber pad on the other side of the folding clasp – we were ready to go. 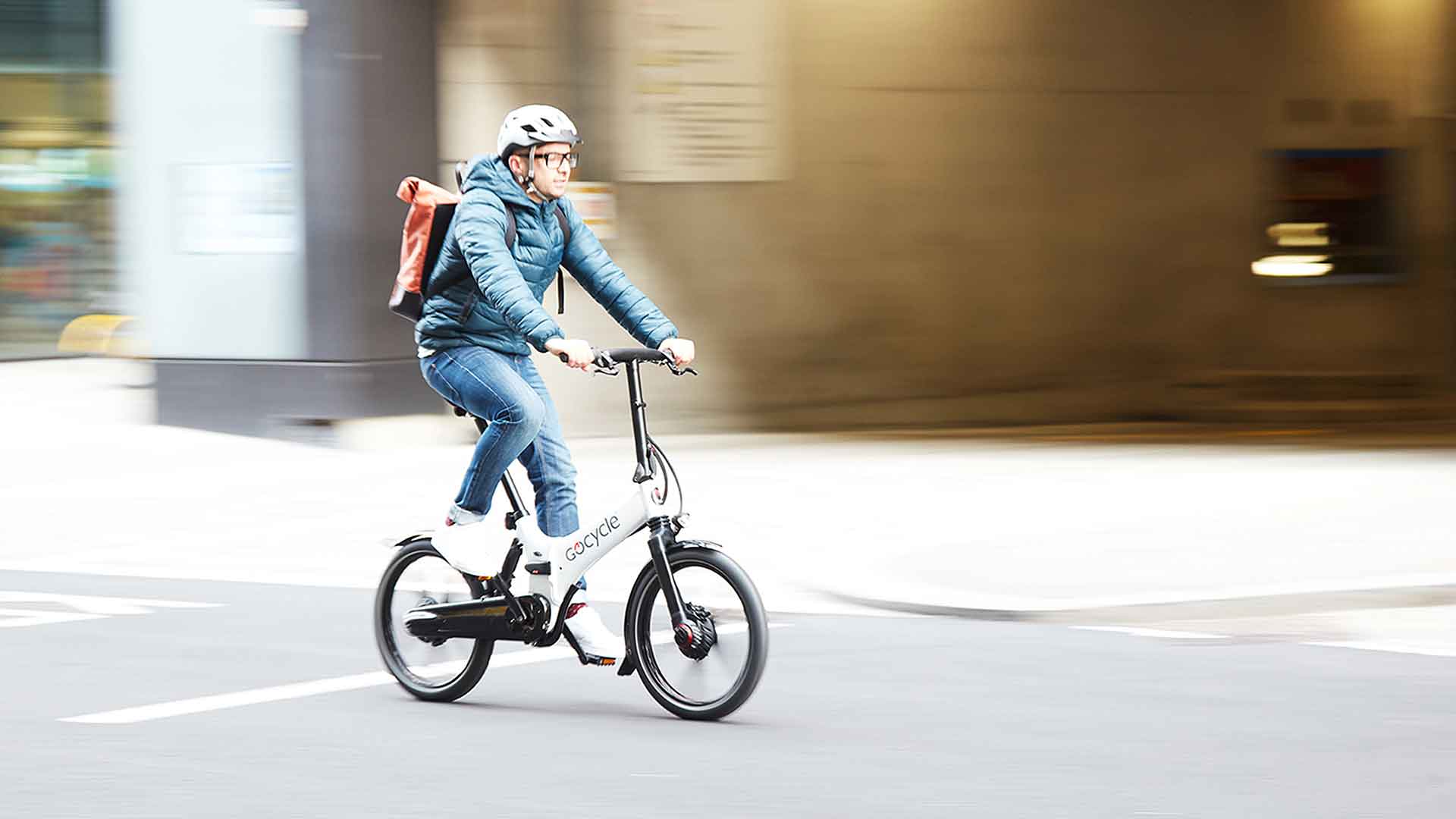 This is a premium bicycle to ride. It is smooth, sturdy and stable. Unlike some folding bicycles, you barely feel any trace of flex, and it rolls along serenely.

It’s child’s play to ride. Simply step over the low frame and push away on the pedals. It’s exceedingly easy to roll along wobble-free. Those who haven’t ridden a bike in decades should have no trouble – proven by a willing volunteer.

It has a firm but absorbent ride, taking the edge off broken roads without shaking the rider or causing any instability. In fact, it has a similar rolling feel to a McLaren supercar, with the same feeling of controlled accuracy. The disc brakes are also superb, and a tactile pleasure to use. 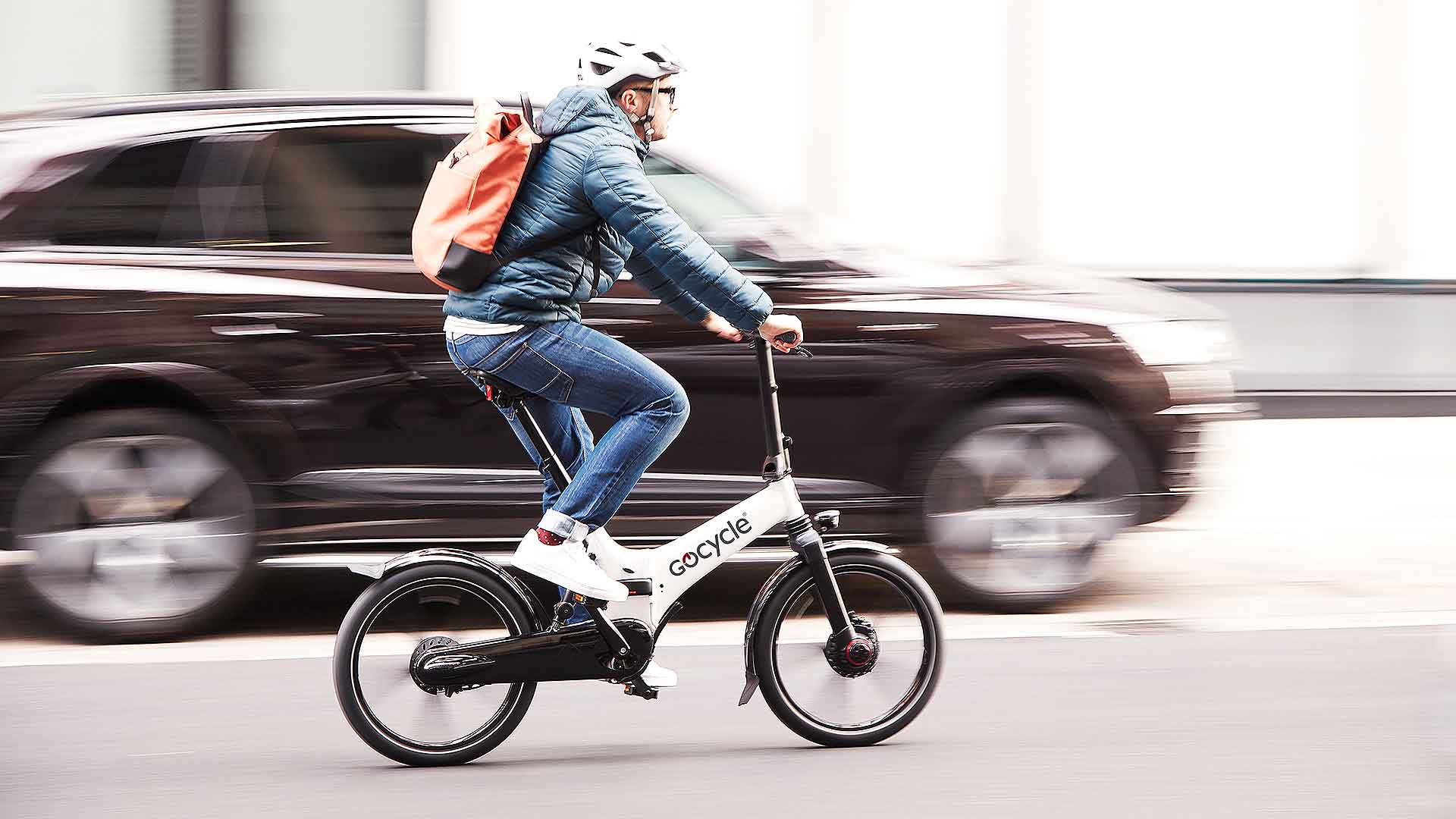 But what about the electric part? To be clear, this is not a pure electric bike where you press a button and sit back: you still have to pedal. Indeed, you don’t actually get any electric assist for the first couple of pedal rotations after pulling away – Gocycle believes human legs are best for getting going.

However, you soon feel the assist kick in. This takes the load off your legs and makes acceleration much easier. There are several modes, allowing you to vary the amount of assist given, and it eases out at 15.5mph (you can legally go faster in America, though).

Even without assistance, this is an inertia-free ride. The really clever bit comes when you reach a hill. As your speed drops, you’ll feel the electric assist kick back in, easing you up the hill without making you out of breath. A little button on the left handlebar grip gives you an on-demand e-boost, provided your speed is below 15.5mph.

On faster roads, more gears would be nice, so you could go more quickly. But then, this is a city commuter bicycle, so perhaps that’s not so relevant. Certainly, first gear is low enough to help you pull away easily even before the electric assist starts up.

Oh, and being electric is no cop-out. You still pedal, still get fit, still burn calories. What the electric assist does is take away the spikes in effort that put many off cycling, and make it too much of a burden in everyday use for others.

The Gocycle takes away the excuses and fear factor of cycling, opening it up to many more people. That’s not such a bad thing, is it? 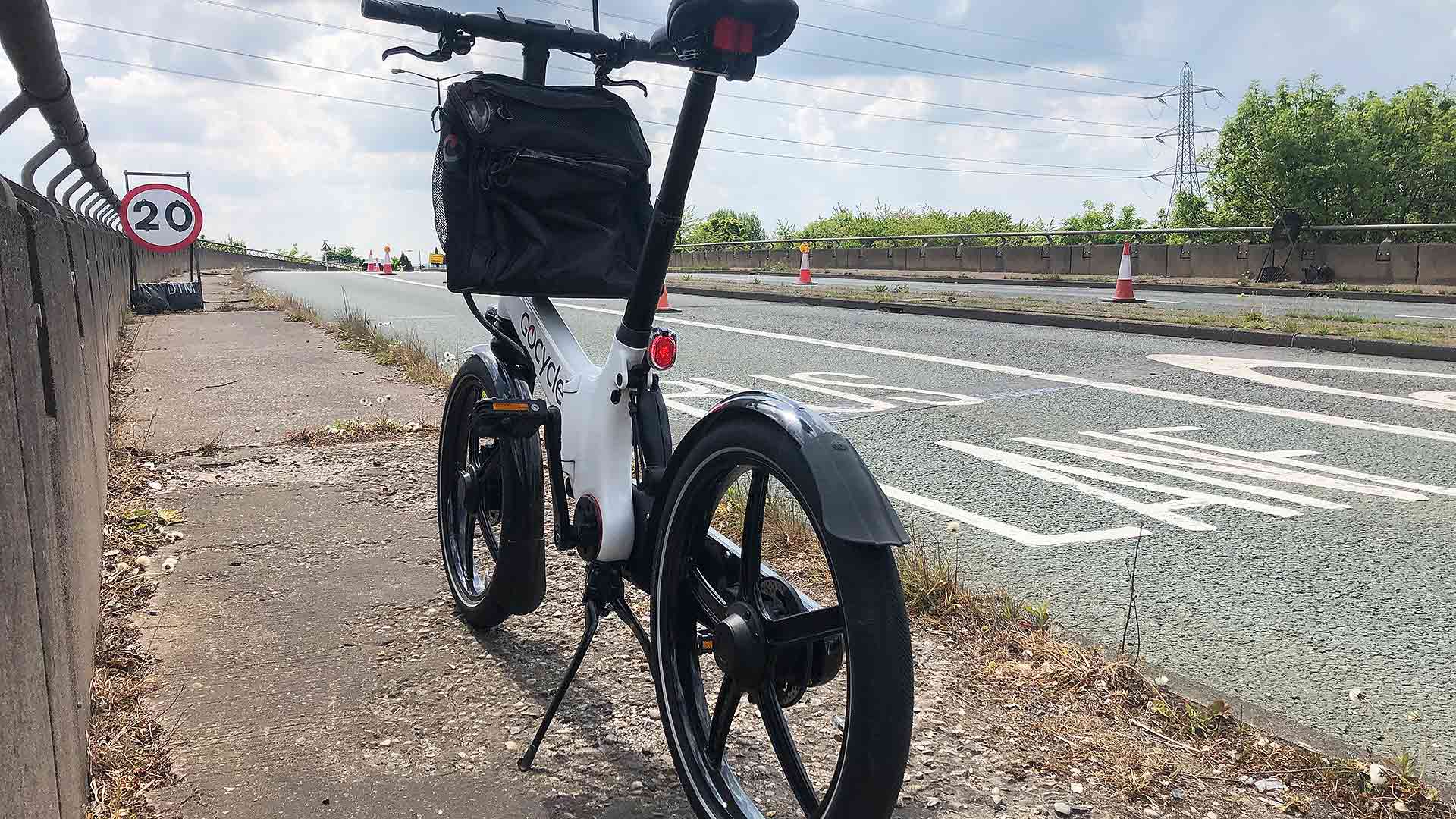 What about the sweat aspect? I put on jeans and a shirt, then went for a 13-mile ride. It was a hot day, too.

Verdict? Barely a trace of sweat – and I was putting the bike through its paces. This is the secret of cycling: once you’re up to speed, the wind keeps you beautifully fresh and cool, while the Gocycle’s e-assist means you don’t have to ramp up the effort going up hills.

I would not think twice about using it to zip around the city between meetings while suited up for work. Don’t forget the added bonus of relieving stress while out cycling, either: it’s far preferable to catching a busy tube – or, indeed, getting anxious in traffic.

The folding aspect is crucial here. The GX collapses in seconds to be popped into a car boot, meaning you can do the long-distance stuff by road, then last-mile it into the city by bicycle. When things get back to normal, this is absolutely what I’ll be doing.

Many commuters will now be investigating bicycles as an alternative to public transport. The Gocycle brand aims to capitalise on this by easing them into something that could transform their daily routine.

Yes, it’s expensive. But electric bicycles do cost more, and premium machines cost more on top. This is a quality item, the British supercar of electric bicycles, with a head-turning design and impeccable riding characteristics.

There’s also the government Cycle to Work scheme (of which Cyclescheme is the biggest provider). This now allows bicycles costing more than £1,000 to be purchased. It works by employers buying the bicycle and employees ‘hiring’ it via a salary sacrifice scheme. After 12 months, employees can then buy the bicycle at a ‘fair market value’. It’s a tax friendly-way of buying a Gocycle without forking out upfront costs.

It saves you between 25 percent and 39 percent on the price of a bicycle: on a Gocycle GX, that’s many hundreds of pounds. You can calculate here how much you could save.

You might not be able to commute in a supercar in this world of staying alert for coronavirus. But the Gocycle GX means you can certainly ride one. Swap that public transport season ticket for one of these instead. It’s one of the easiest ways to finally make cycling one of your main forms of transport.

Bicycles should be fitted with indicators say safety experts

Drive a diesel in London? This council now charges extra for parking