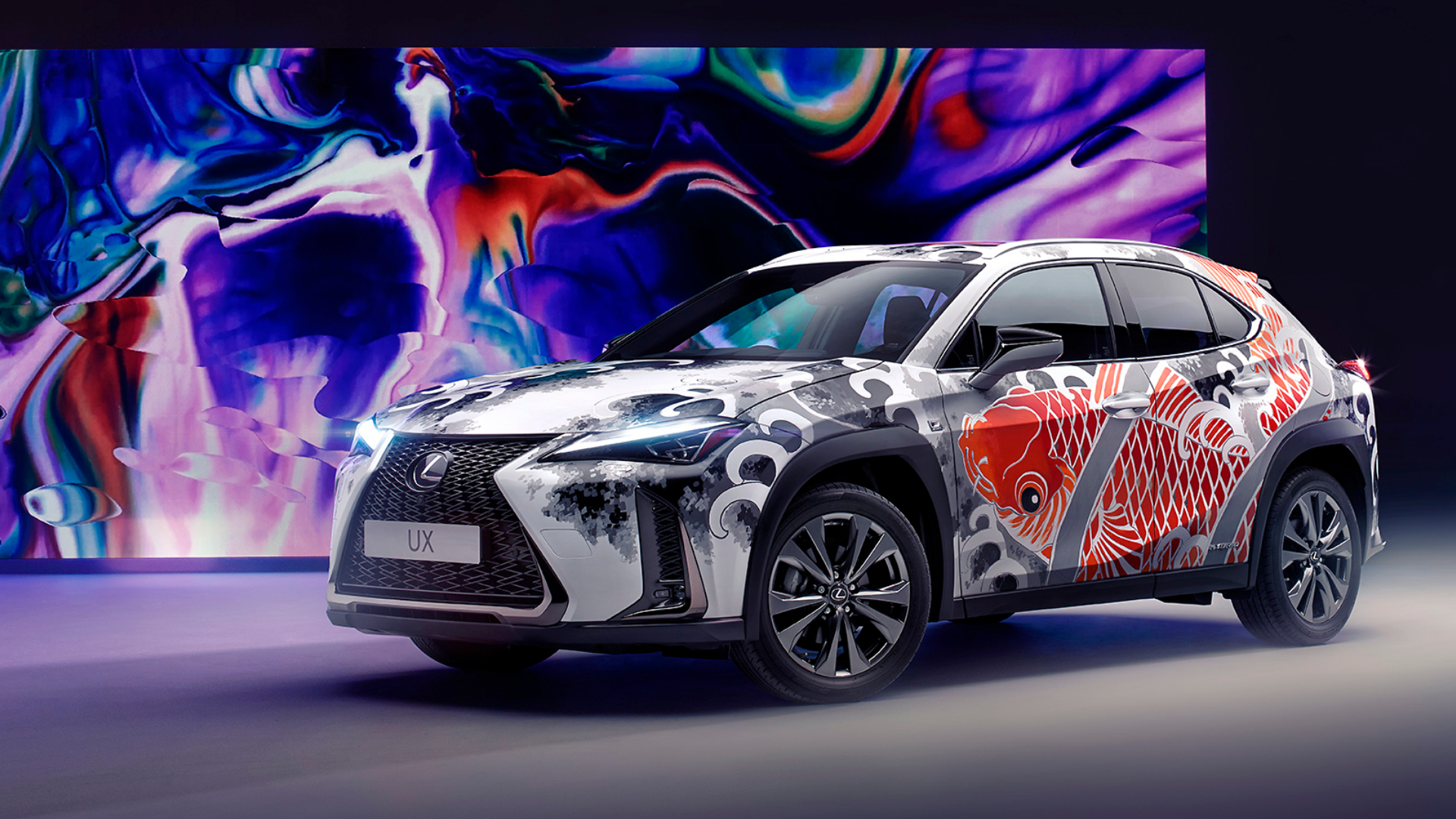 Lexus has commissioned the world’s first tattooed car, as ‘a celebration of fine craftsmanship and traditional Japanese artistry’.

With this tattoo, however, no ink was used. Instead, the white UX was drawn upon by the artist using a dremel drill. This was then painted over with high quality car paint, producing the sprawling koi artwork.

While the dremel was used to cut the outline through the paint to the metal, De Sabe added highlights using paint by hand. Gold leaf was the finishing touch, with a 3D effect.

To preserve the design, the car has been lacquered, as any new car would be, locking the artwork away from the elements. 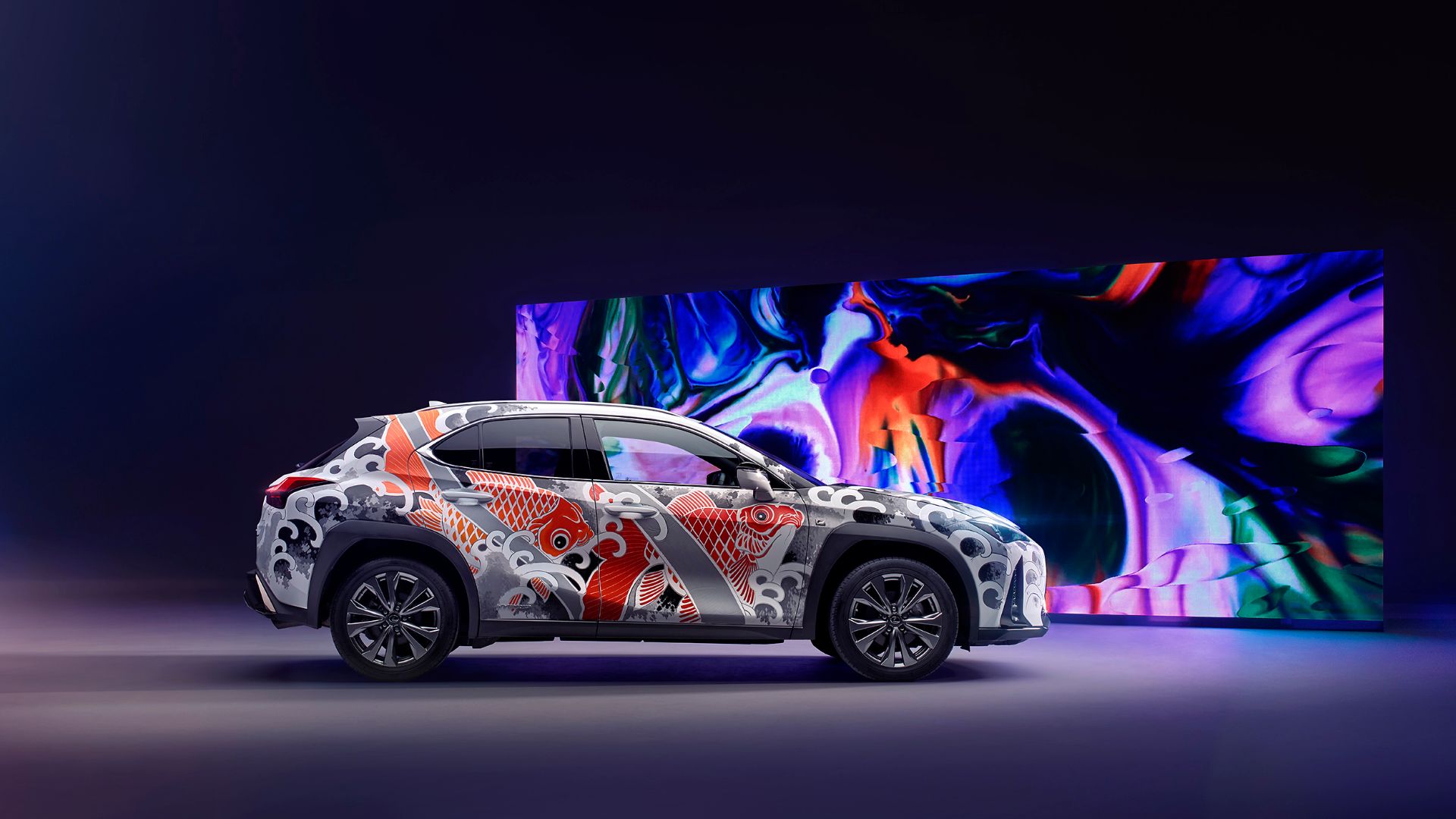 The process, from concept to completed car, took six months. The actual work on the car took five eight-hour days. The differences for De Sabe are obvious. A car is much larger than a person, and difficult to position comfortably.

The dremel, too, also produced more vibration than a tattoo gun would. And even though the subject is larger, because the dremel engraves, even more precision was required.

While this one-off piece of art isn’t priced, the work itself is estimated to be worth more than £120,000. 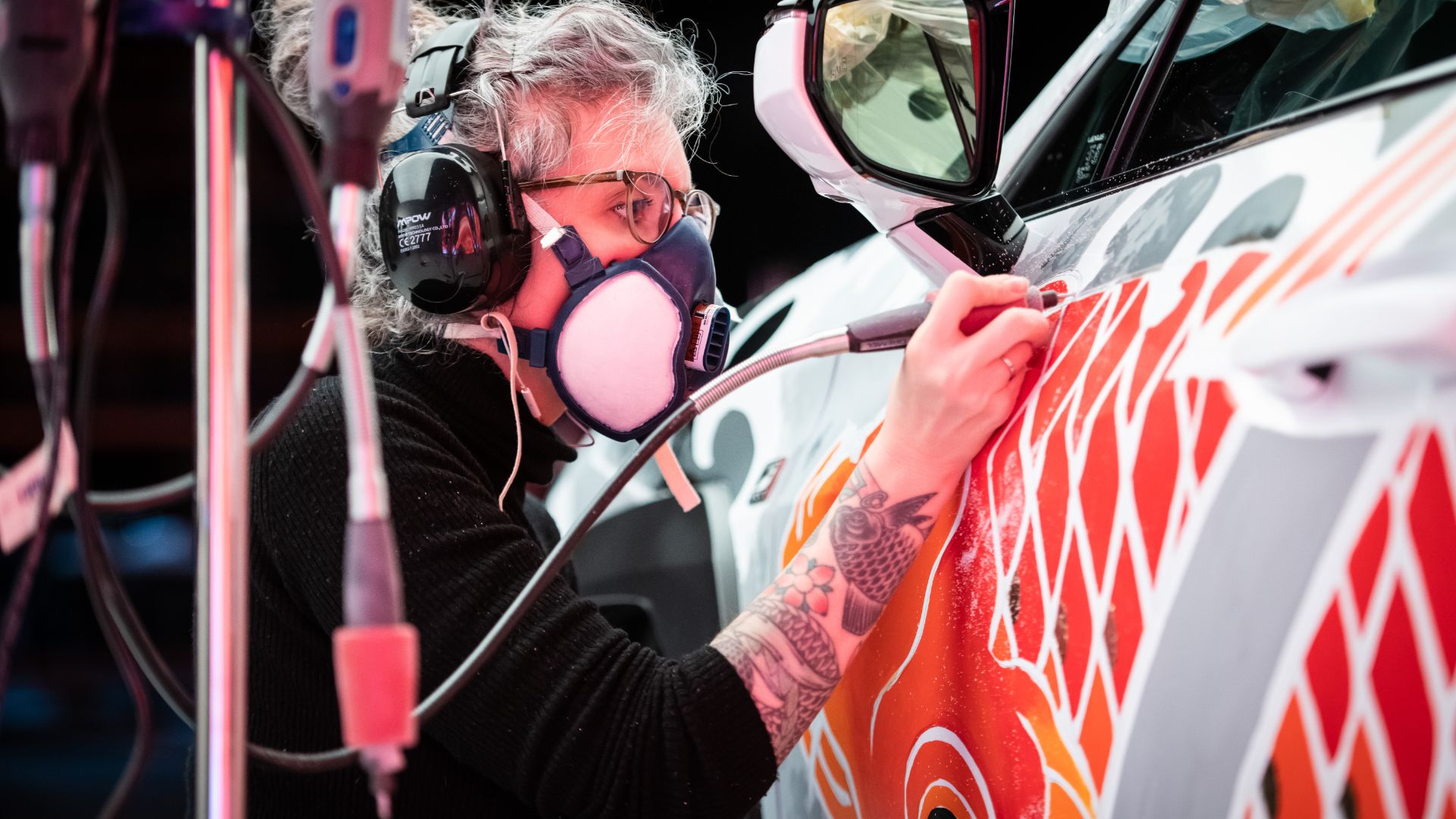 “When you tattoo a person, you have to think about the muscles and tissue beneath the skin. With the car it was about the way the bodywork changes shape over the framework,” De Sabe said of the project.

“The best thing about tattooing the Lexus UX, and the reason why this car was ideal for the project, is its streamlined shape. Everything from the lines on the side of the body to the shape of the windows, everything is just so dynamic and beautiful. It was a perfect fit for the design and the concept itself.”