We take the convertible Bentley Continental GTC on a road trip across southern Spain, putting its grand touring credentials to the test 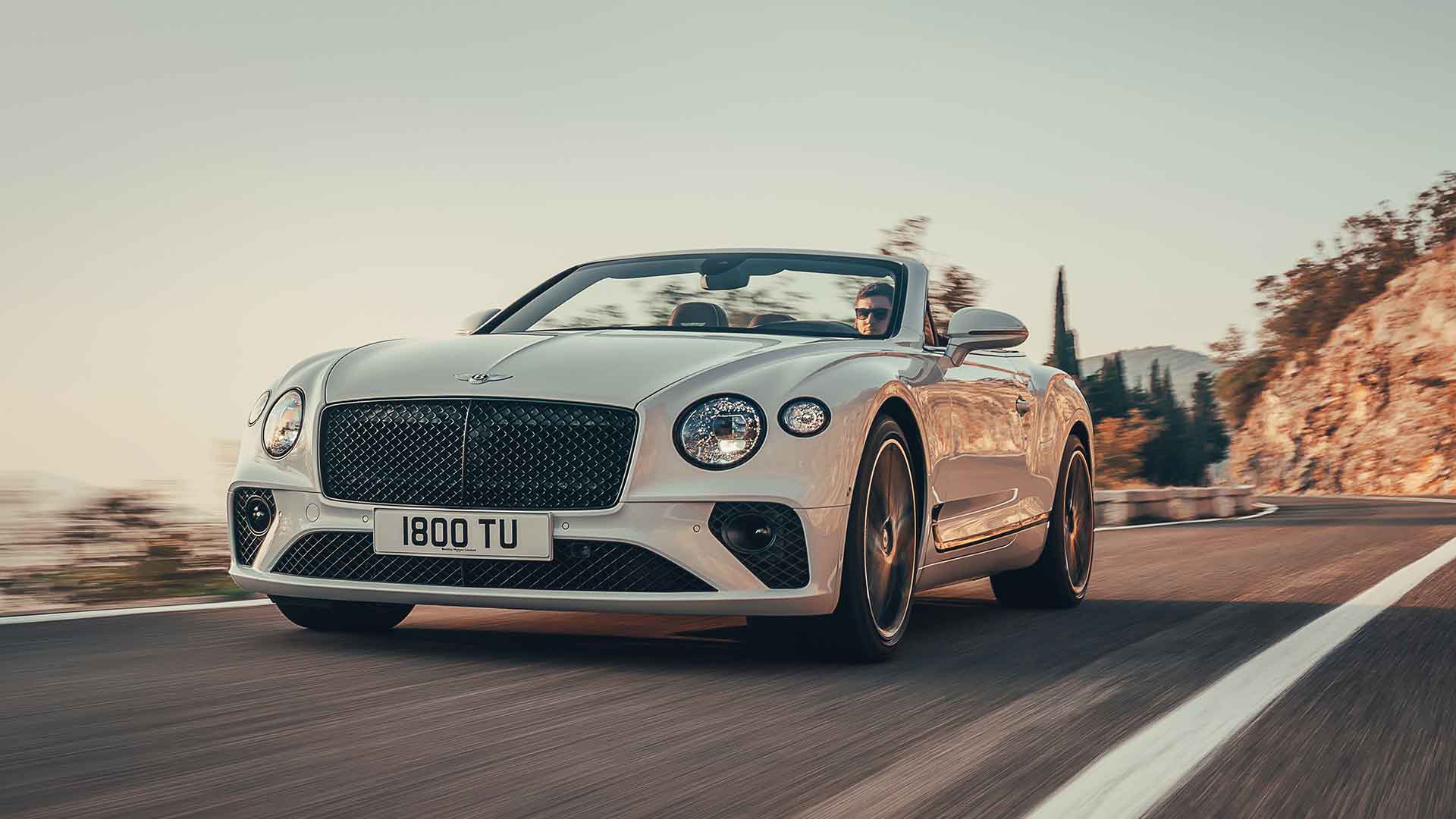 Bentley has started its centenary year with a bang. First, it revealed the world’s fastest SUV – the 190mph Bentayga Speed – then it teased details of racing-inspired special edition, due to debut at the Geneva Motor Show in March.

A grand tourer deserves a grand tour, so we tested the GTC’s mile-munching mettle on a 276-mile drive from Marbella to Seville, taking the scenic route via some of Europe’s best roads. Here’s what we learned.

The tweed roof is brilliantly British 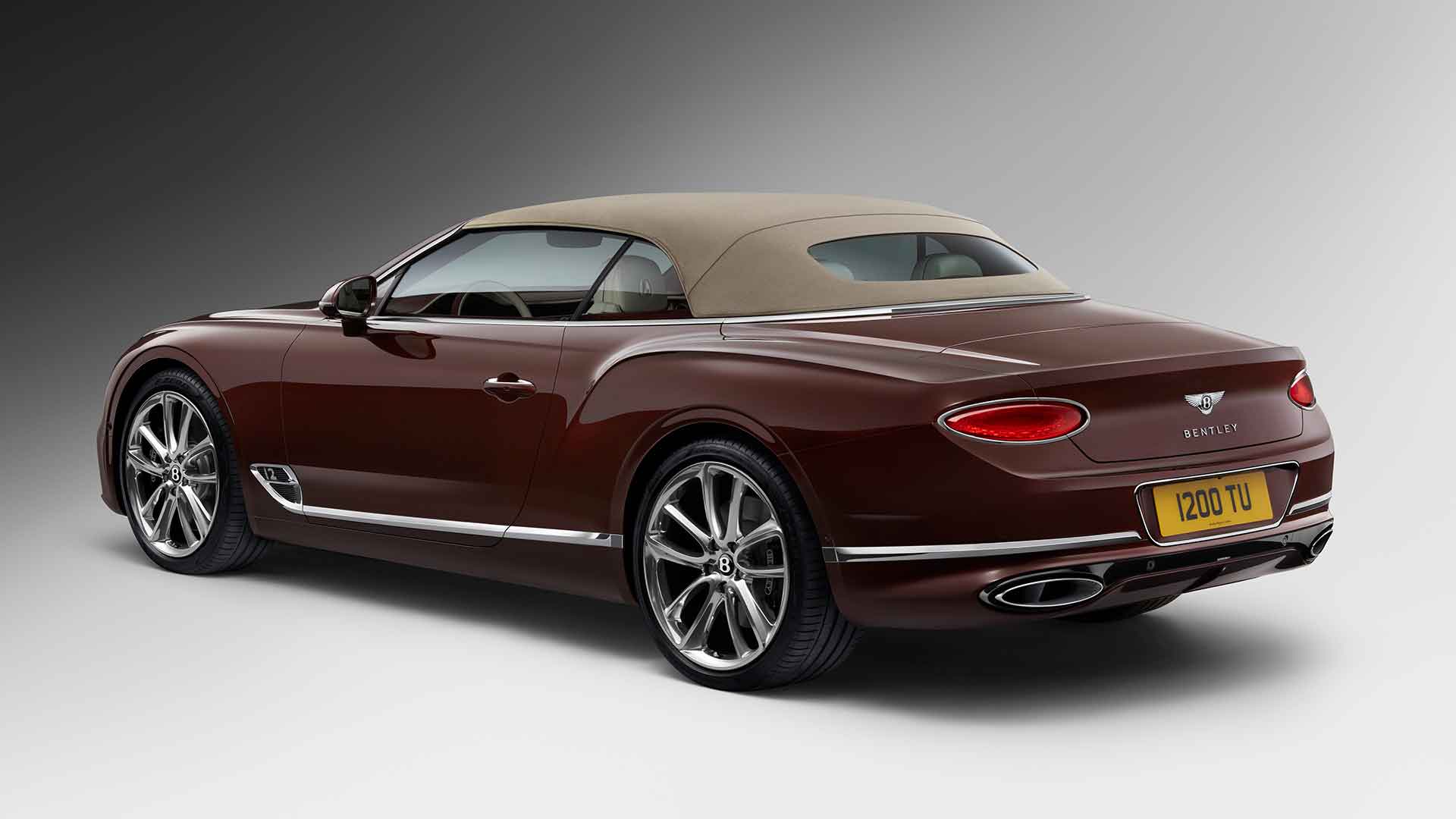 Let’s start with the insulated fabric hood, which disappears in 19 near-silent seconds, at speeds up to 30mph. Rear-seat space isn’t compromised, nor does the retracted roof encroach on luggage space. Boot volume is just 235 litres, however, versus 358 litres in the GT.

You can choose from seven roof colours, but ‘contemporary tweed’ is easily the coolest option. It’s an understated beige and brown check, as opposed to something you’d find on a hipster suit, but its bespoke Britishness sums up Bentley perfectly.

In profile, the GTC sacrifices the coupe’s flowing fastback for a three-box, saloon-style silhouette. Nonetheless, its roof is elegantly executed, tapering gently aft of the doors. When folded, it lies flush below the rear deck.

The design is all about the details 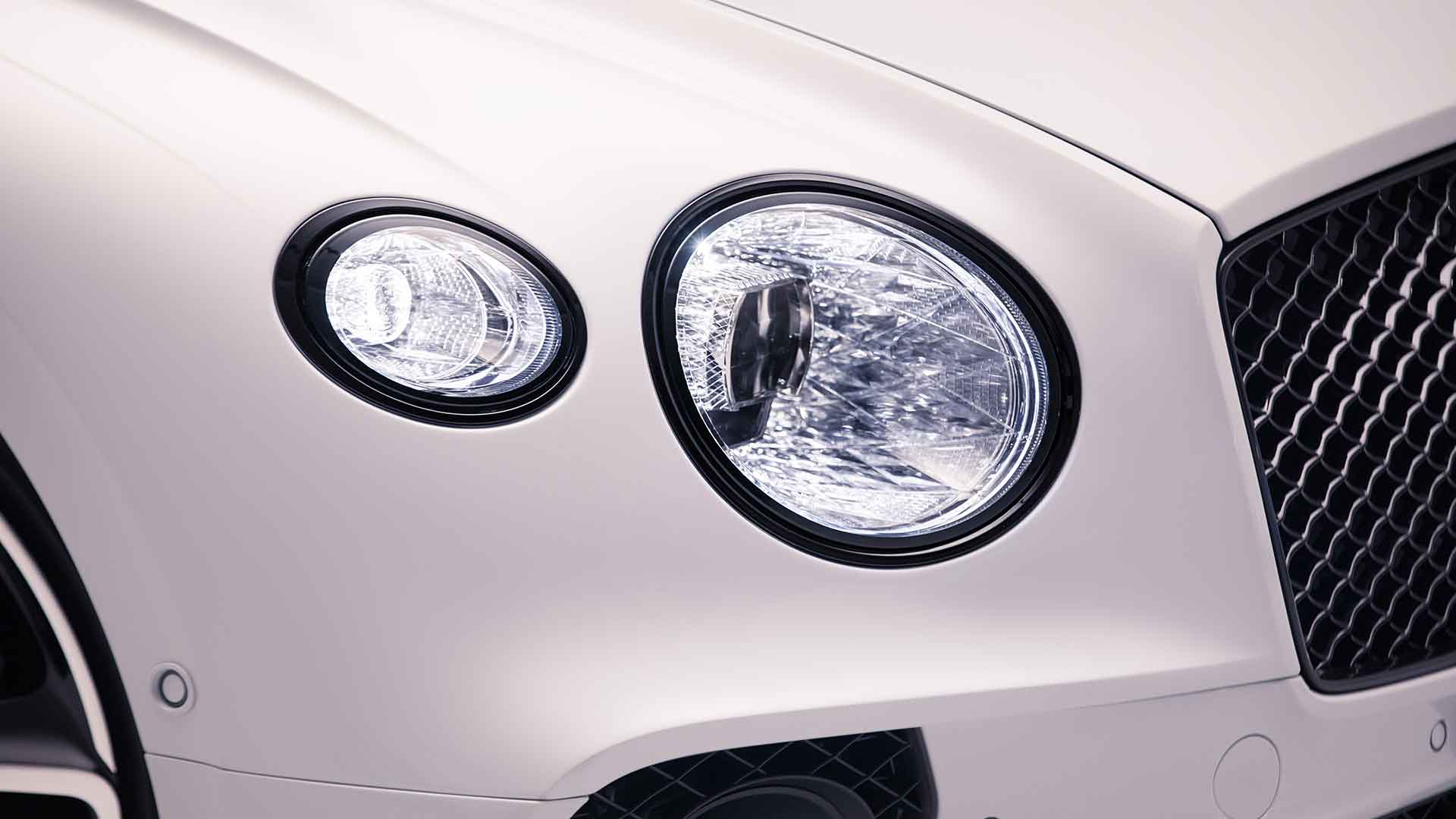 In terms of overall styling, this second-generation car has played it safe. The original 2003 Continental GT reinvented Bentley under Volkswagen Group ownership, so one can’t blame Bentley for not reinventing the Continental GT.

But while the shape is familiar, many details are different. The LED matrix headlights, for example, resemble cut crystal, while the fulsome haunches kick upwards into a subtle spoiler. With overhangs that are shorter at the front and longer at the rear, the whole car looks leaner and more purposeful.

The W12 engine is standard at launch – a V8 and hybrid come later. pic.twitter.com/qPTnw42M5R

There are some unconventional colours, too. Orange Flame is the obvious choice for extroverts, while Banarto evokes classic British Racing Green – and looks fantastic with the chrome-deleting black pack. Our pick of the paints, though, is Dove Grey, a primer-like shade not dissimilar to Porsche’s Crayon.

Interiors are what Bentley does best 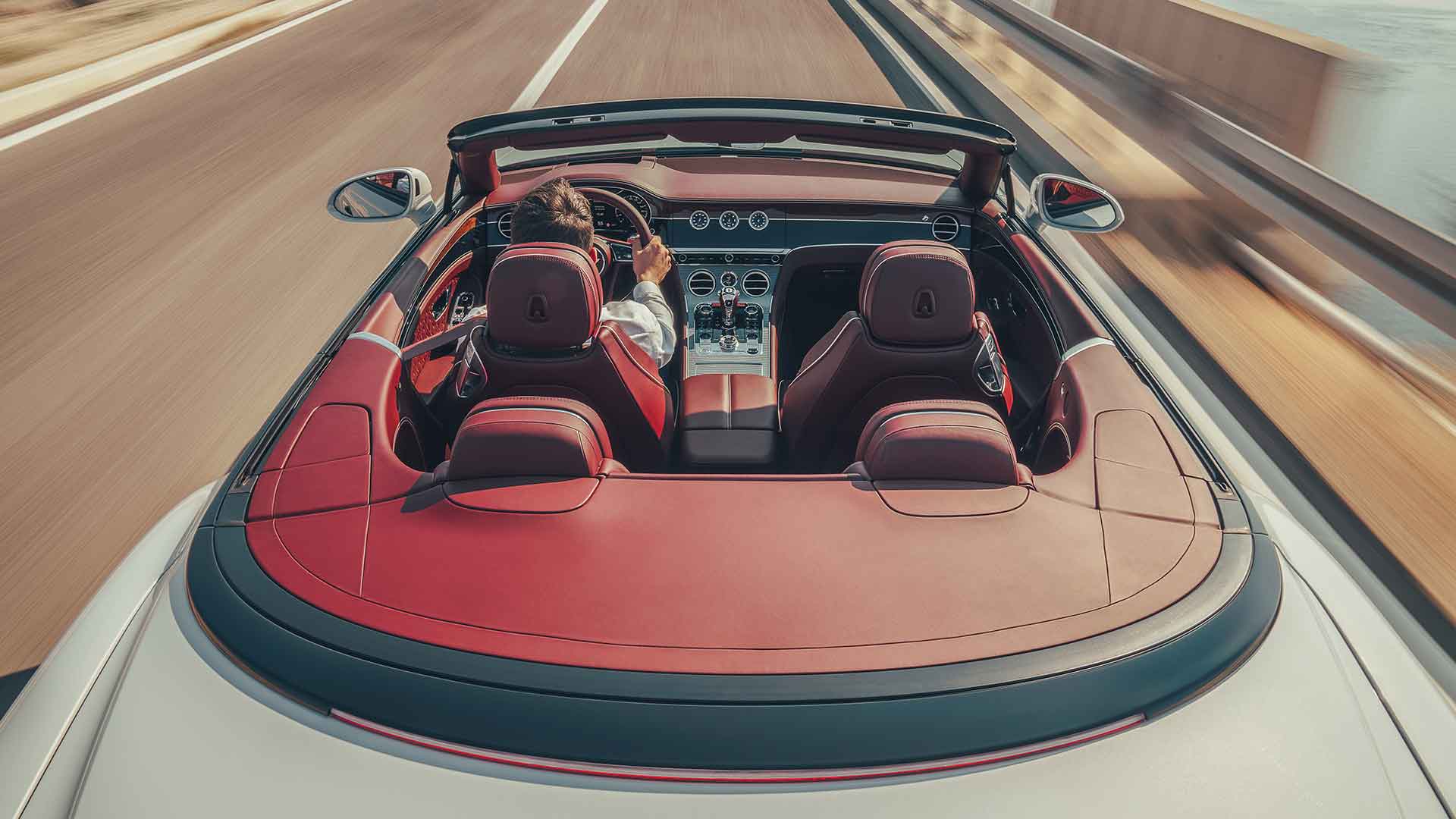 Inevitably, the best view of the Continental GTC is from the driver’s seat. Its interior is utterly exquisite, a cosseting cocoon of five-star luxury. Not even Rolls-Royce does it better.

We’re told there are 310,675 stitches in every Continental GTC cabin, although we declined count them. The quilted leather seats are heated and ventilated, and have a built-in ‘neckwarmer’ (à la Mercedes-Benz Airscarf) for top-down driving. Usefully, the central armrest is also heated, just in case your left elbow catches cold. 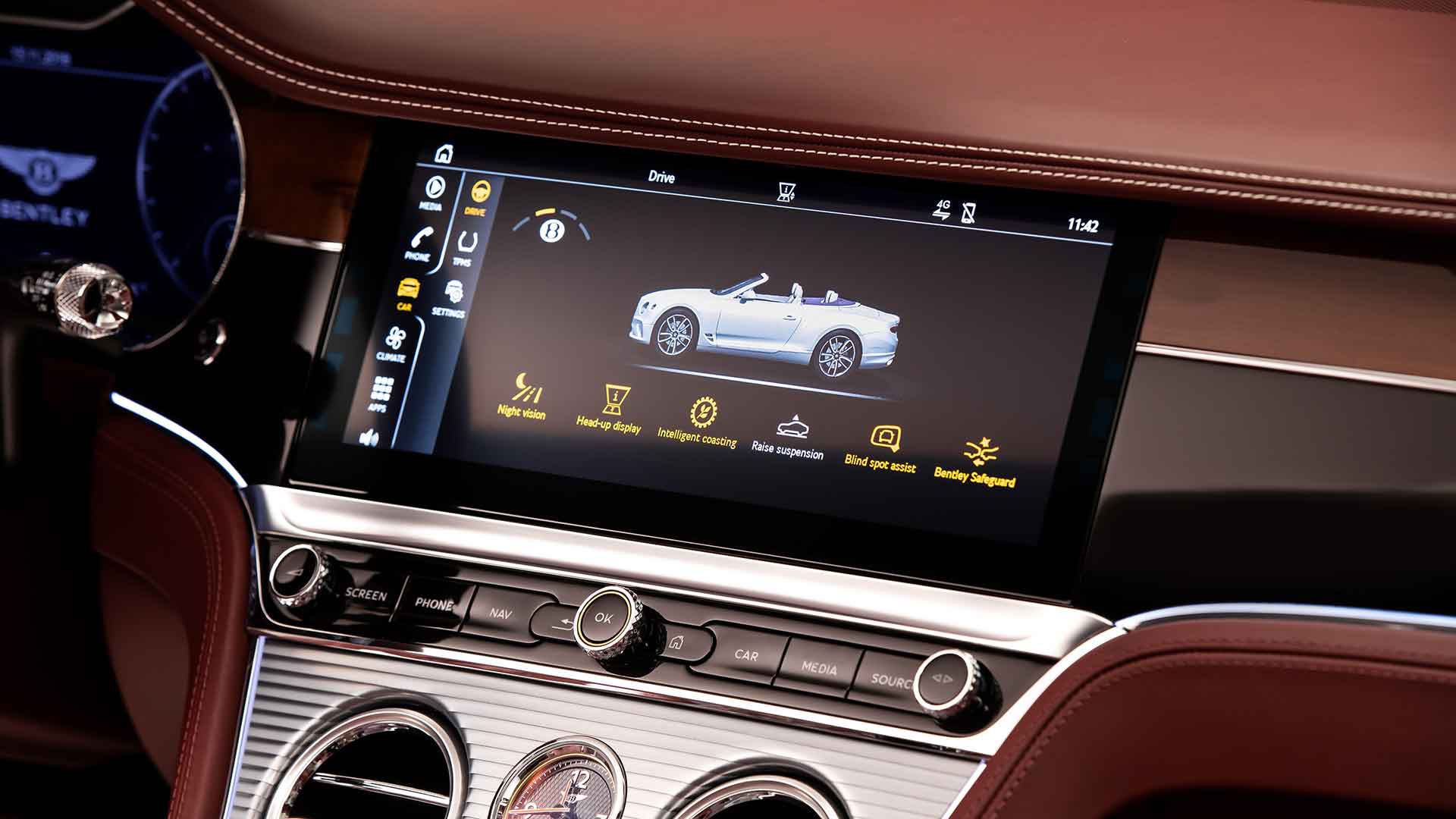 Equally impressive is how the GTC’s cabin combines the fundamentally opposing forces of tradition and tech. The convenience and infotainment features you’d expect are brilliantly integrated beneath a (literal) veneer of olde worlde charm.

The main talking point is the Toblerone-shaped rotating display, which shows plain veneer when parked, then flips to a 12.3-inch touchscreen when the start button is pressed. If you fancy what design director Stefan Sielaff calls a “digital detox”, the third side comprises three analogue gauges: outside temperature, compass and chronometer.

The main instruments are a configurable TFT display, similar to Audi’s Virtual Cockpit. Audiophiles will adore the 18-speaker Naim hi-fi fitted to our test car (an indulgent £6,500 option, a 10-speaker system is standard). Apple Carplay connectivity is included, but there’s no Android Auto.

Its speed could worry a supercar 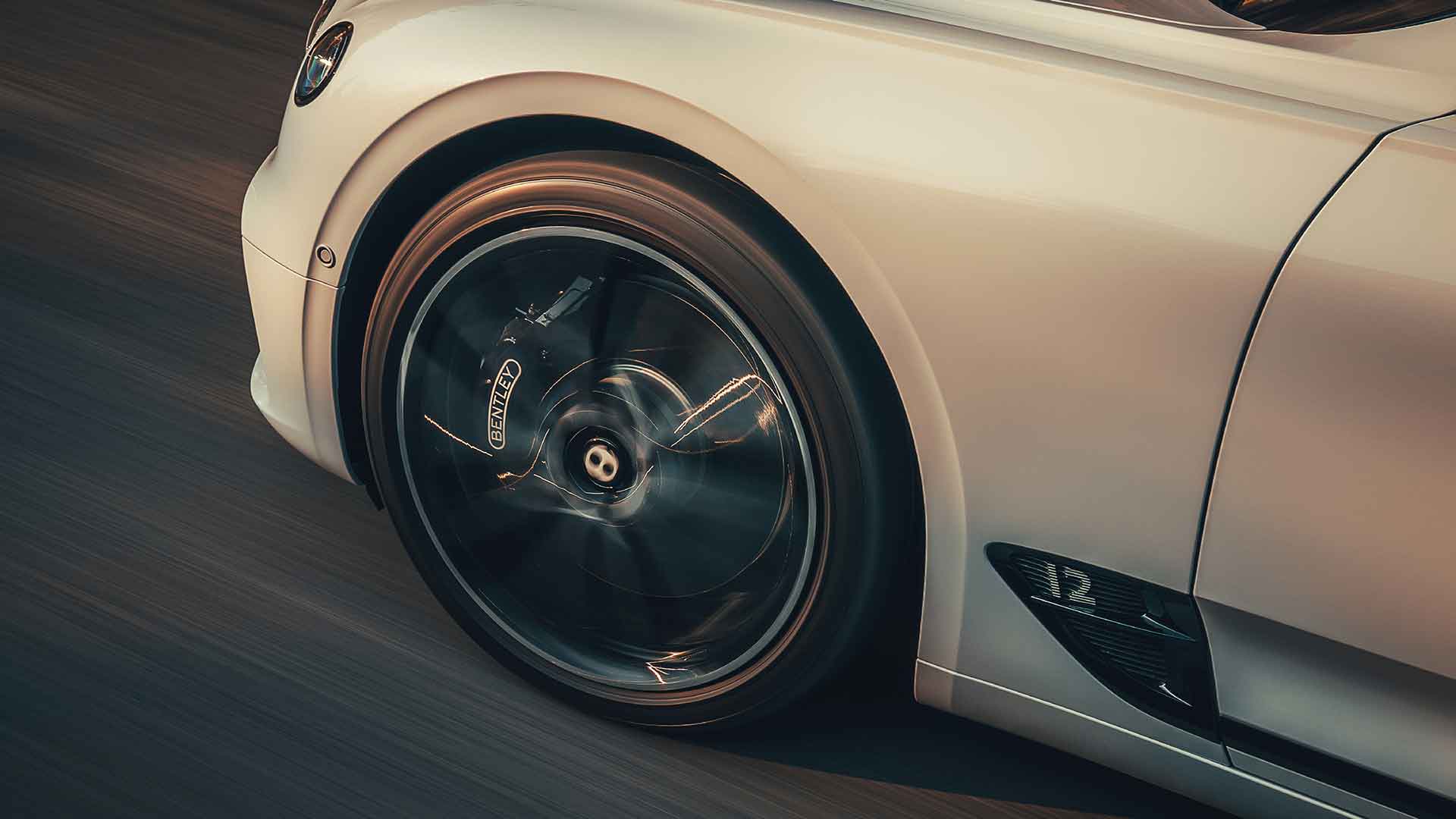 Beneath that prominent prow lies the same 6.0-litre turbocharged W12 fitted to the Bentayga Speed. Billed by Bentley as ‘the most advanced 12-cylinder engine in the world’, it drives all four wheels via an eight-speed dual-clutch gearbox.

The stats are truly startling – as is the shove between your shoulder blades. With 635hp, this 2,414kg cabriolet blasts to 60mph in 3.7 seconds, topping out at 207mph. Many six-figure supercars are scarcely any swifter.

To save fuel, the engine seamlessly deactivates six of its cylinders under light loads. Quoted economy is 22.8mpg, although we managed 18.9mpg on a variety of roads.

On the road, it feels utterly effortless 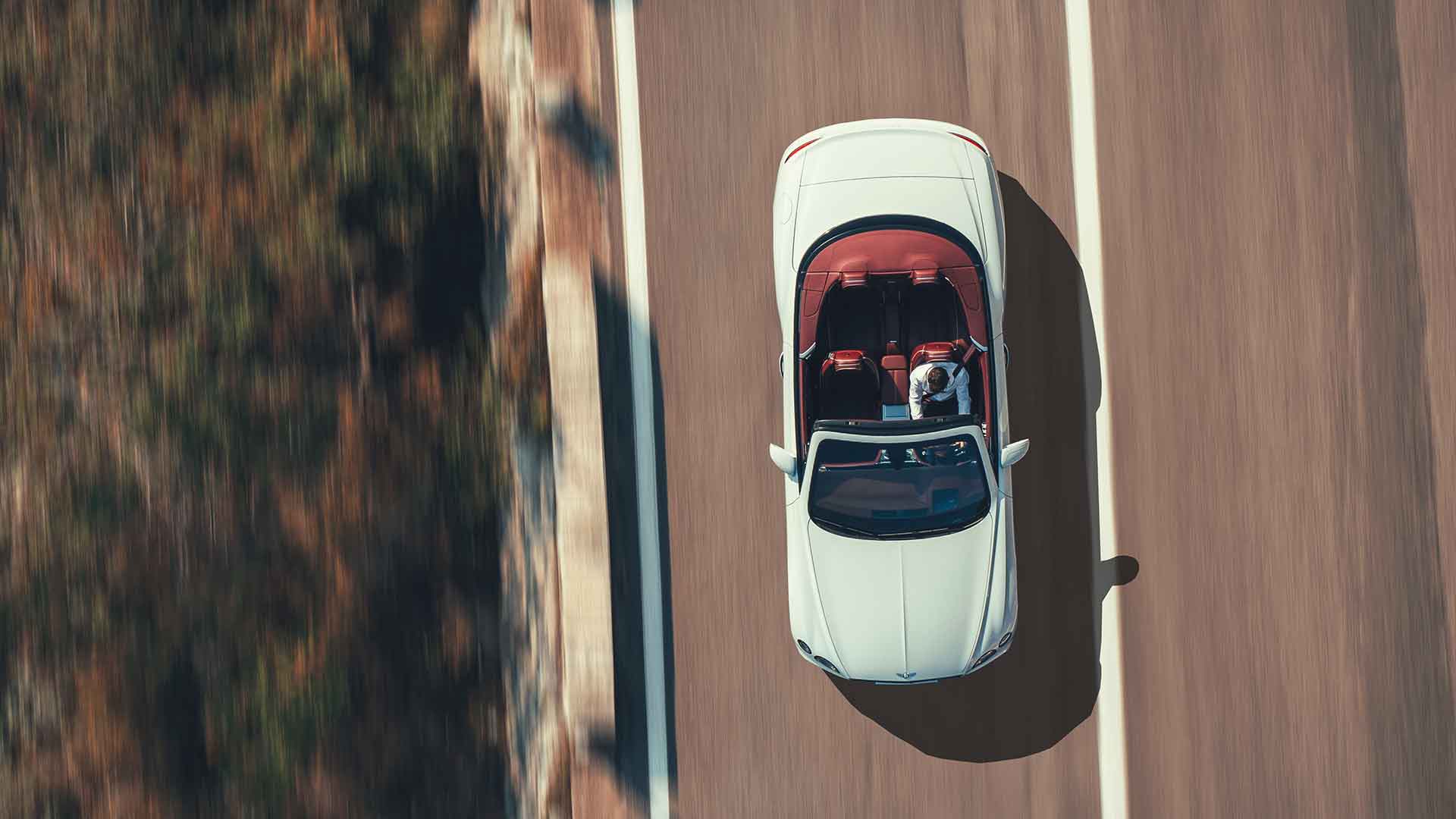 That variety included the famous mountain route from Marbella to Ronda (sadly now heavily policed, with a 60kph speed limit) and a loop through the rocky hills around Zufre. Here, on Teflon-smooth roads untroubled by tourist traffic, we could finally let the W12 off the leash.

With a thumping 664lb ft of torque from a toe-tickle above tickover, the Bentley makes light work of steep inclines and dawdling Seats. The dual-clutch ’box doesn’t have the treacle smoothness of the old torque converter, but it’s infinitely quicker and more intuitive. The manual shift paddles almost seem redundant.

Few cars, then, make so little fuss about going fast. Yet unlike some super saloons, the GTC isn’t all speed and no sensation. On writhing roads carved into the hillsides, it was also riotous fun.

The suspension makes more torque than the engine 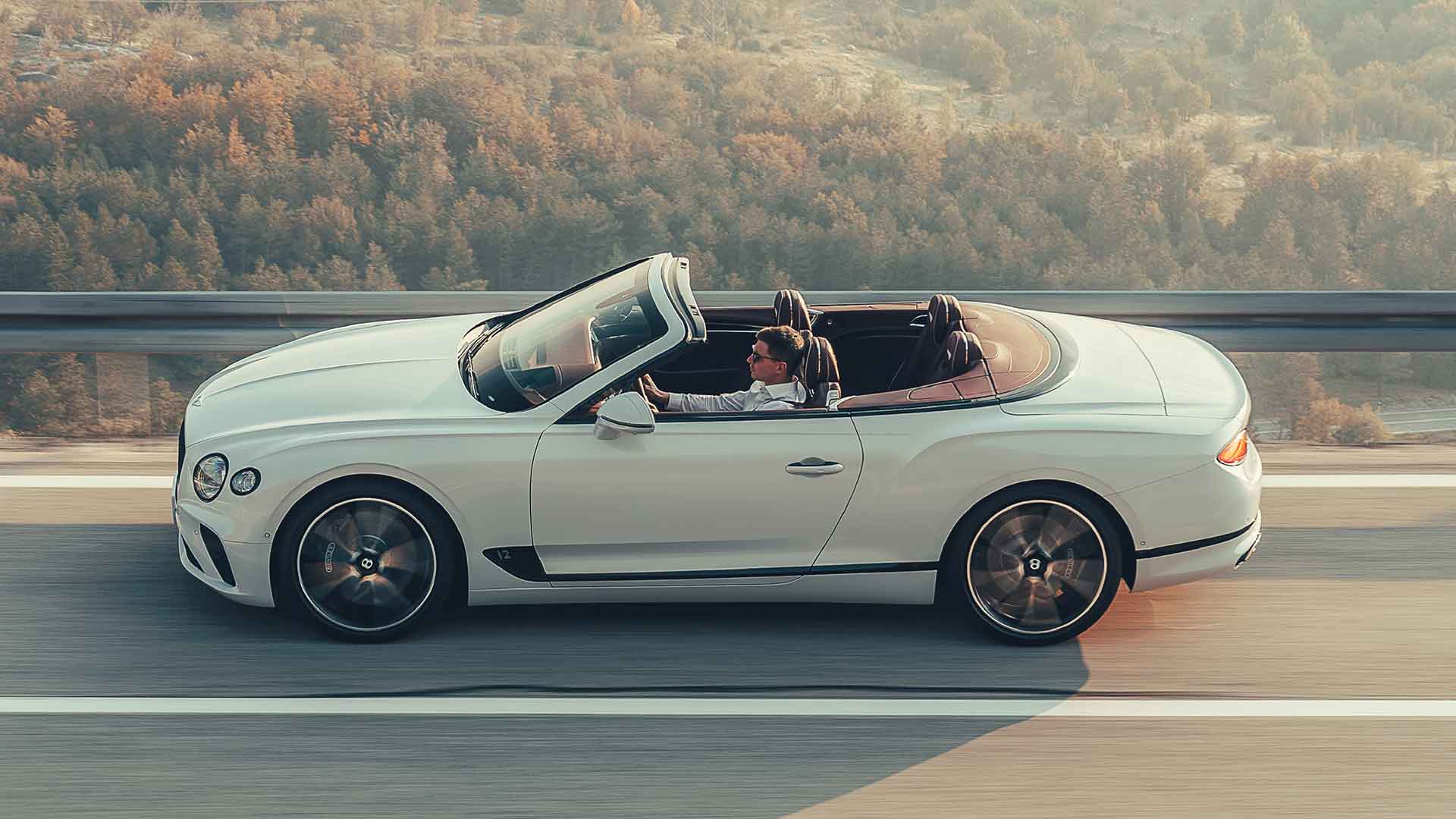 Key to this surprising agility is iron-fisted body control, courtesy of Bentley Dynamic Ride. The 48-volt system uses computer-controlled anti-roll bars to keep the car flat when cornering. Its electric motor alone generates up to 959lb ft of torque – around 50 percent more than the engine.

Orange Flame with the black pack, and Windsor Blue with trad chrome. pic.twitter.com/GapsZesFn5

Well-weighted steering, a benign chassis and huge 10-piston front brakes (at 420mm, the largest iron discs of any production car) mean the GTC can hustled with confidence. Ironically, we preferred the waftier, looser-limbed Comfort mode to the slightly brittle Sport on twisty Tarmac.

And comfort is a grand tourer’s raison d’être, after all. Riding on huge 21-inch wheels (22s are optional), the car seems to crush the road surface into submission. If anything can solve the UK’s pothole crisis, it’s the Continental GTC. 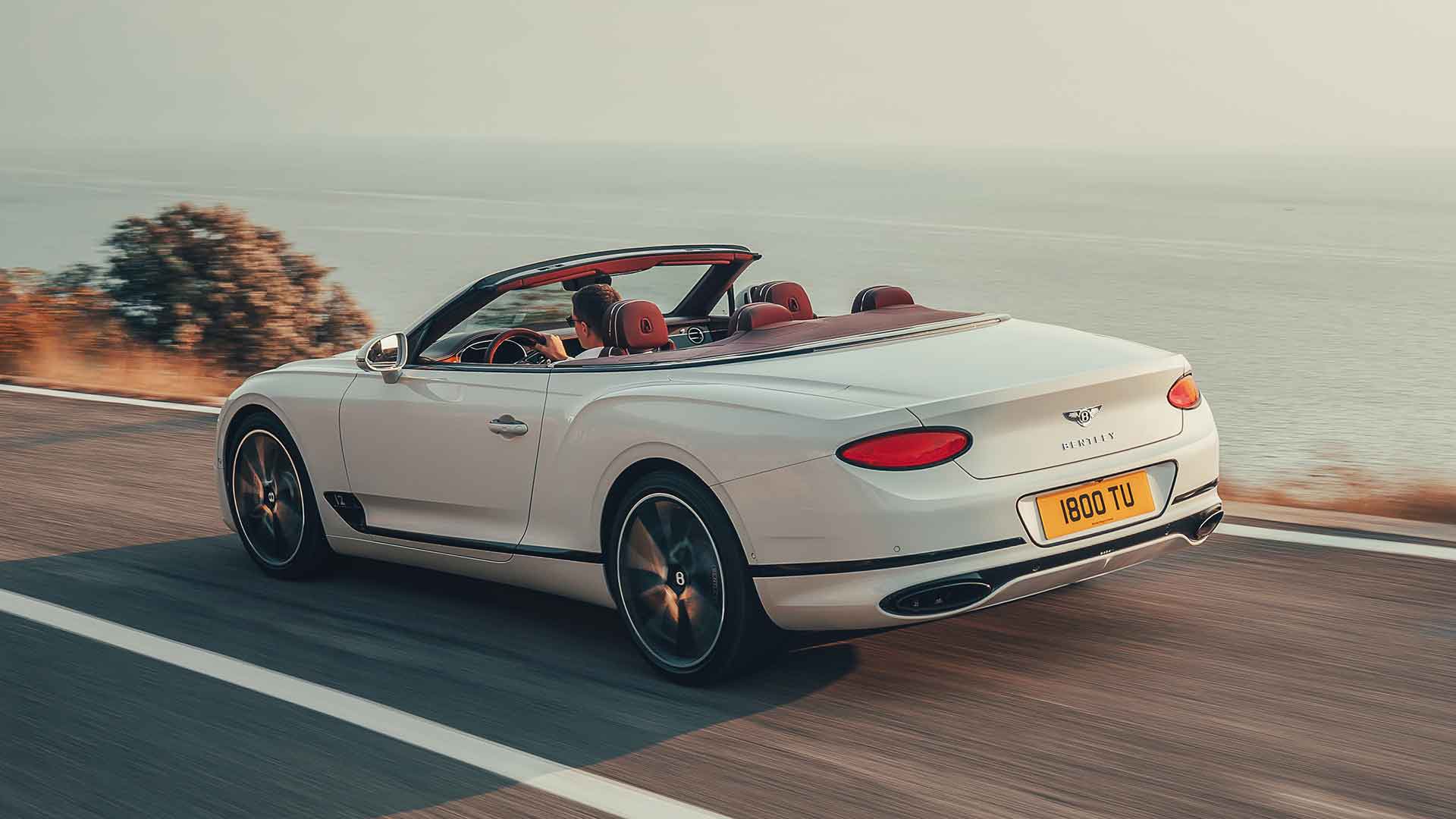 Quietness is also an essential ingredient of long-distance comfort and, here again, the Bentley doesn’t disappoint. With the roof up, it’s even more hushed than the previous-generation coupe. Folding hard-tops – who needs ’em?

With the roof open (which is how we drove at least 90 percent of the route), you can have a conversation at 70mph without raising your voice. Keep the side windows raised and there’s very little turbulence inside the cabin, too.

We’re less convinced by the noise of the engine. It’s very obviously turbocharged, with an intake whoosh and the unmistakable hiss of a dump valve. In Sport mode, the exhaust also braaaps abruptly like a Volkswagen Golf R. Past experience suggests the forthcoming V8 will sound more characterful and cultured.

Forget Clarkson: this is the ultimate grand tour 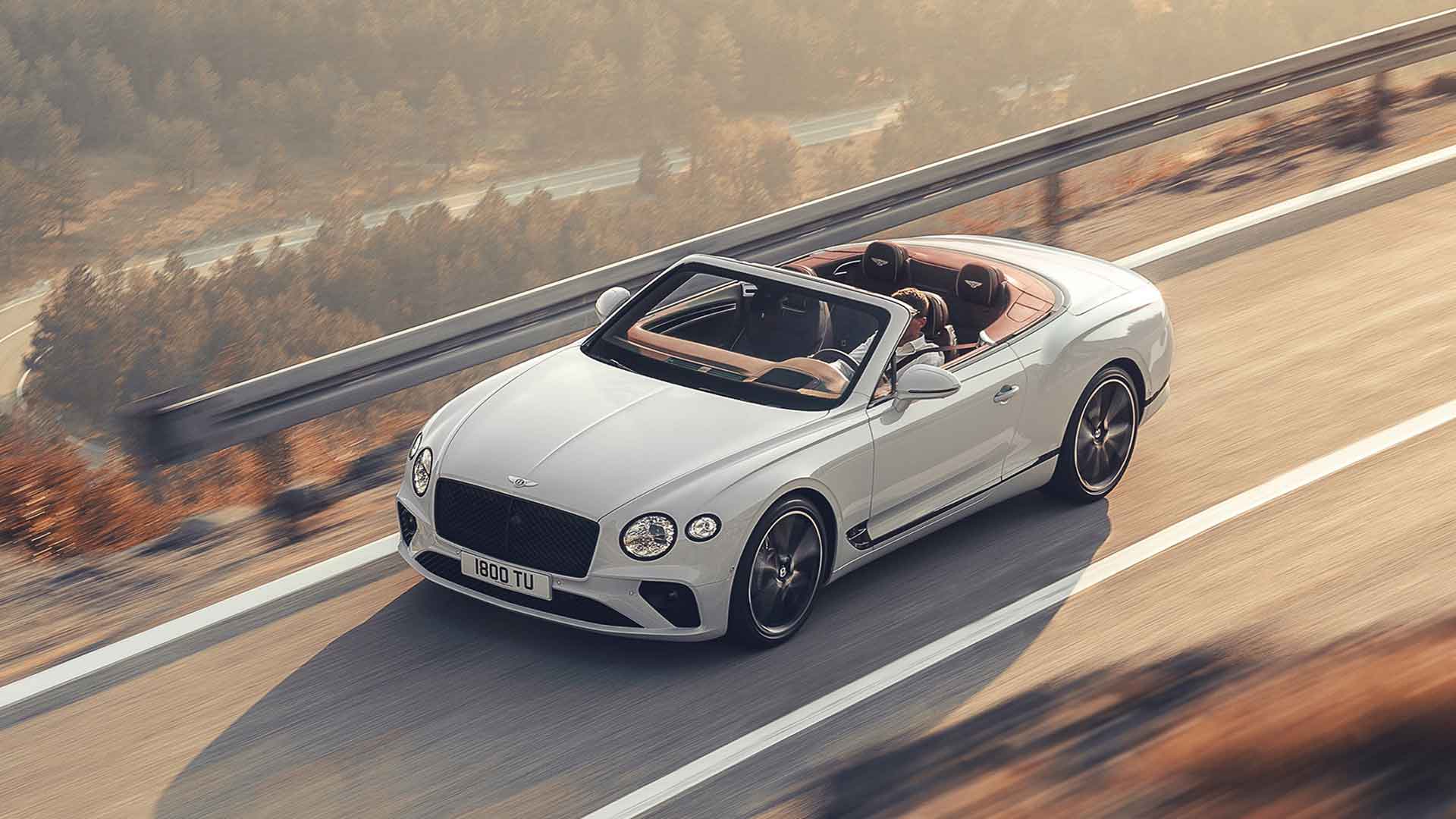 Minor quibbles and hefty price tag aside (our car was £210,925 including options), the Continental GTC is difficult to fault. It fulfils its brief of being the ‘definitive grand tourer’ admirably. After a full day on Spanish roads, we emerged fresher than a Seville orange.

Among rivals, both the Aston Martin DB11 Volante and Ferrari Portofino provide a similar sense of occasion, but neither matches the Bentley for comfort. The BMW 8 Series, meanwhile, simply doesn’t feel special enough.

The old fashioned idea of a grand tour has largely been lost, but given the choice of crossing Europe by budget flight or Bentley, the GTC wins hands-down. Roof down and W12 up front, it’s a fine way to fly.

To celebrate 70 years of Porsche, 20 classic models from across the marque's history have been fully restored – ready for the NEC Classic Car Show
Read more

Red Bull Racing to use Honda F1 engines from 2019

What are the fastest American cars around the Nurburgring?

SEAT gives its Leon ST estate four-wheel drive. But is it worth nearly £25,000?
Read more