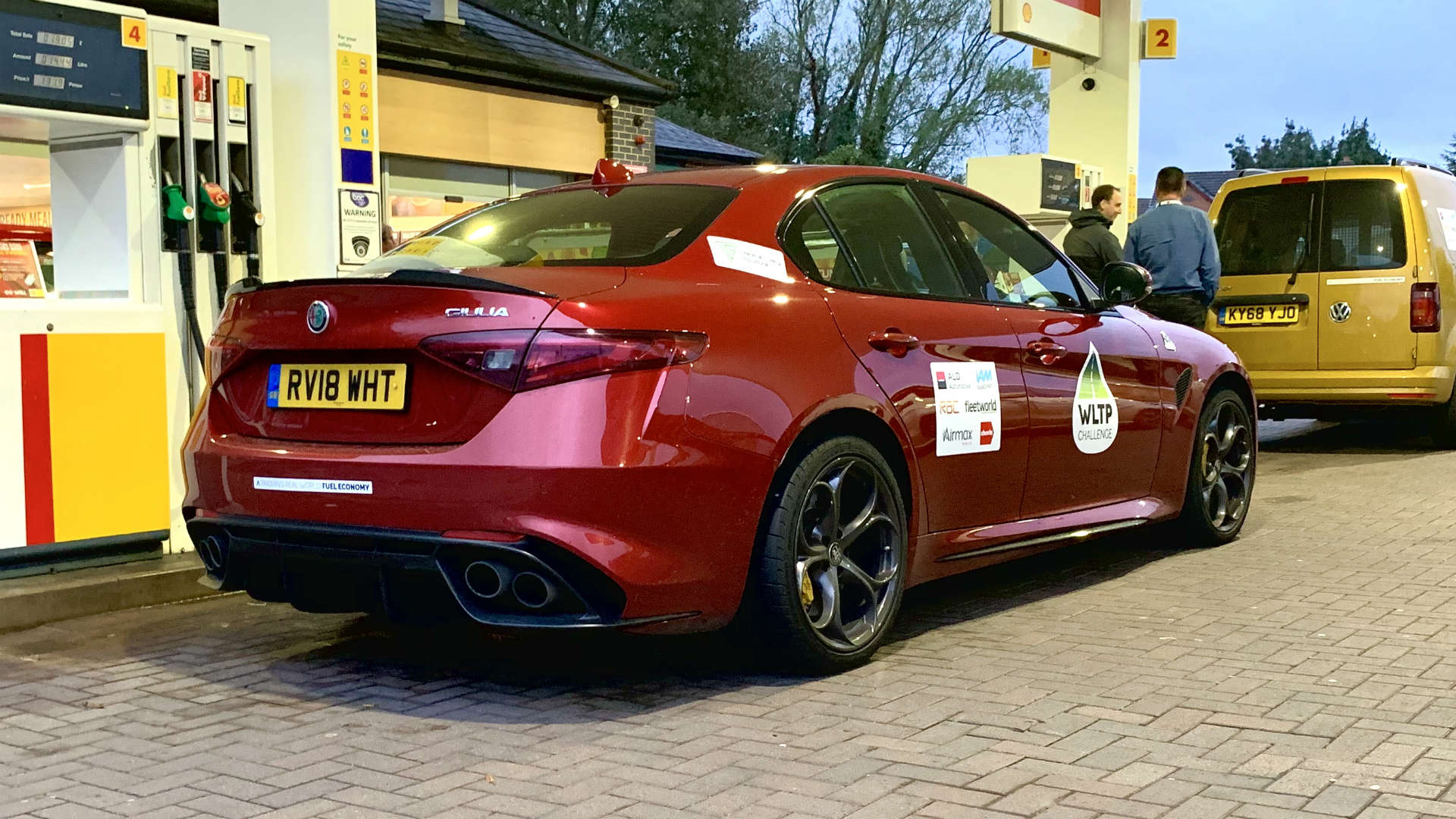 The WLTP Challenge is a driving event designed to show cars can meet – or exceed – the new WLTP fuel economy test figures. Speed isn’t important; the sole aim is to save fuel.

Our car for the 250-mile challenge was an Alfa Romeo Giulia Quadrifoglio, a performance saloon capable (before the recent update) of achieving 27.2mpg. That’s if your willpower is strong enough to resist unleashing the full fury of its Ferrari-derived 2.9-litre twin-turbo engine.

You can find out if we exceeded the WLTP figure by clicking here.

We shared the drive with a representative from the RAC, who shared some fuel-saving tips as we made our way from Bristol to Birmingham and then back again via the Cotswolds. When you’re hypermiling a 510hp Alfa Romeo, every little helps.

So here are eight ways to save fuel (and money), courtesy of the RAC.

1. Look after your car

Regular maintenance will ensure your car is working at optimum efficiency, which will improve your fuel economy. Stick to the manufacturer’s recommended service schedule, which includes regular oil and filter changes, and be sure to fix any issues as they arise.

You also need to ensure that the tyres are inflated to the correct pressures, so consult the car’s handbook or use one of the many online guides for help. Remember to adjust the tyre pressures depending on the load you’re carrying.

2. Go easy on the right pedal 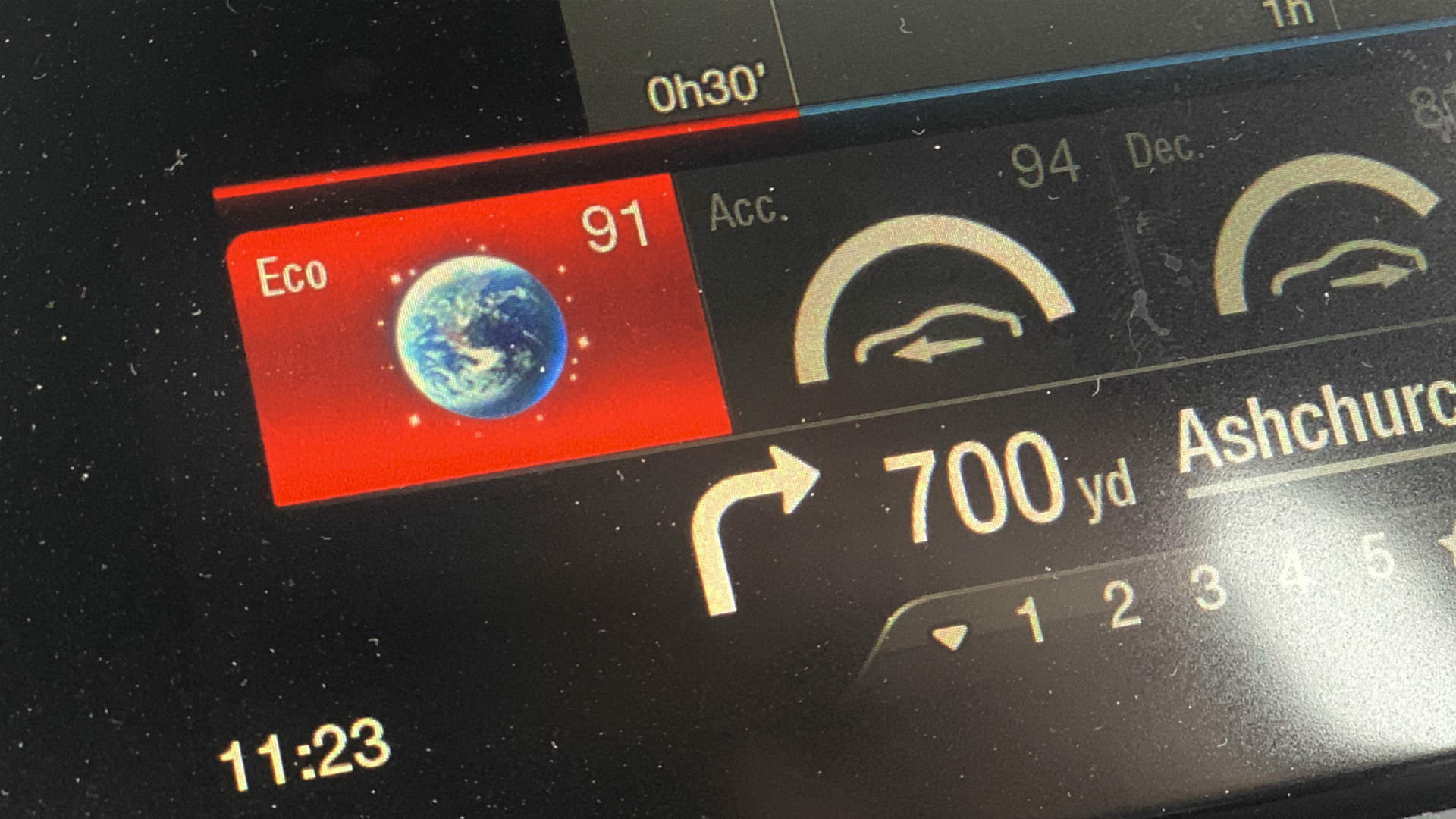 If our WLTP Challenge experience taught us anything, it’s that feathering the throttle can make a huge difference to your fuel consumption. Slow and gentle acceleration is the key to efficient driving, so avoid any traffic light Grand Prix antics.

Change up a gear as soon as possible, but don’t allow the engine to labour. Experience will tell you when your car is ready for a higher gear – there’s no fixed rule.

While 56mph is often referenced as the optimum speed for fuel economy, the RAC says cars are typically most efficient at 45-50mph.

Momentum is the difference between good and excellent fuel economy. During the WLTP Challenge, we found that roundabouts, roadworks, hills and the actions of other drivers took a serious chunk out of efficiency.

The key is to read the road ahead. If you’re approaching a roundabout, ease off the throttle and see if you can tackle it without stopping. Equally, on a motorway, maintaining a safe distance to the car in front will allow you to react to sudden braking.

Hills are the hypermiler’s worst enemy. Watching the Alfa Romeo’s economy gauge drop to zero was frustrating and almost unavoidable. The RAC says you should accelerate a little before approaching a hill, then ease off as you drive up. Just make sure you’re not creating congestion behind you.

4. Use cruise control at the right time 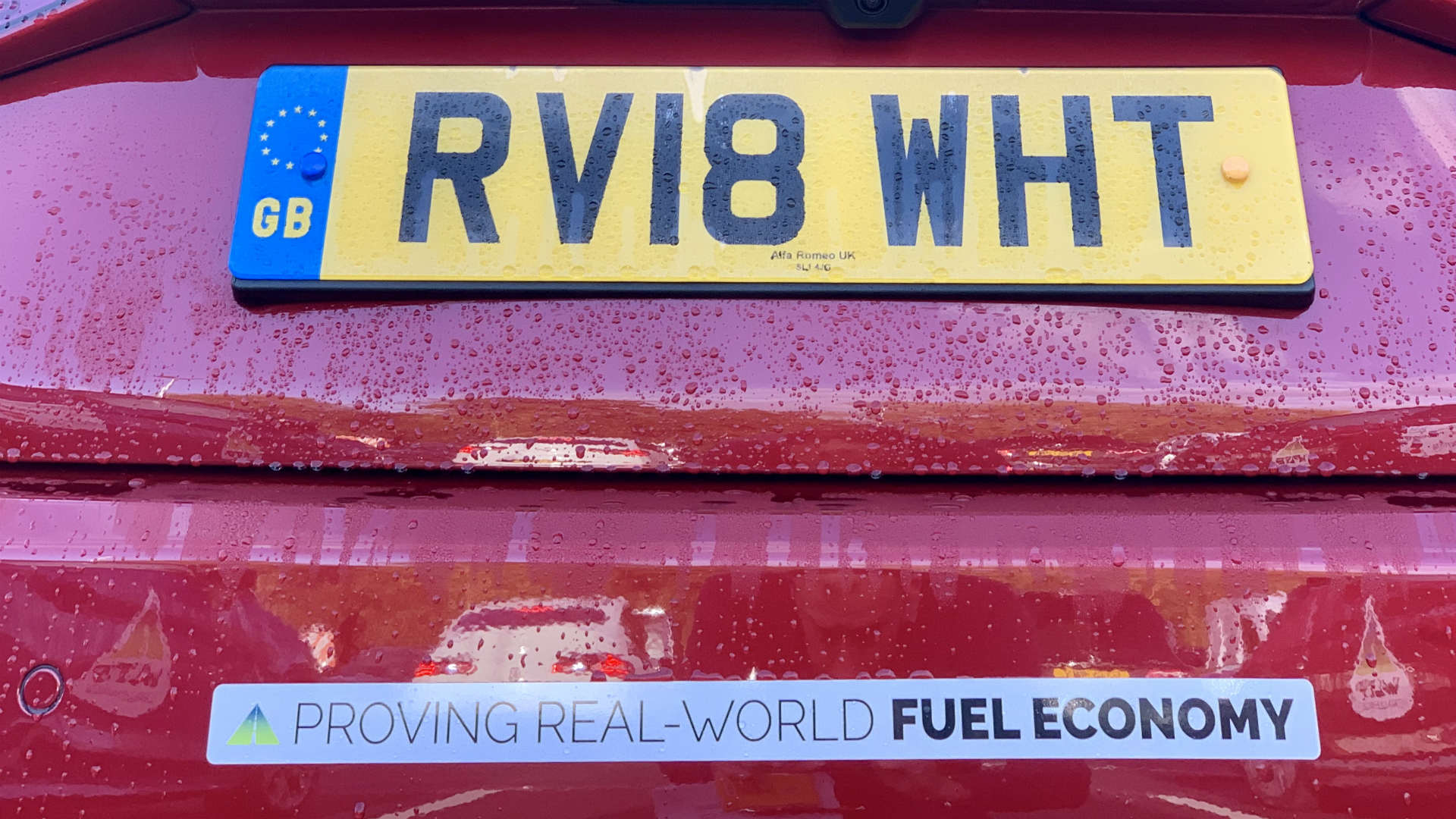 Cruise control will only improve fuel economy on a flat surface, so is best reserved for motorways. On the WLTP Challenge, we found that cruise control is slower to react to gradient changes, which means you miss out on some valuable throttle lift-off opportunities.

Motorways offer the best opportunity to maximise fuel economy. On the M5 stretch of the WLTP Challenge, the Alfa Romeo was showing a claimed 44mpg on the digital display. By the time we had completed a mixture of urban and rural roads, we had lost around 10mpg.

According to the Energy Saving Trust, an empty roof rack adds 16 percent drag when driving at 75mph, while a roof box adds 39 percent. Neither of these were fitted to the Giulia, but make sure you remove them from your car when you’ve returned home from holiday.

Opening a window will have a similar effect, especially at higher speeds. In town, at lower speeds, an open window is actually more efficient than using air conditioning.

6. Turn off the air conditioning 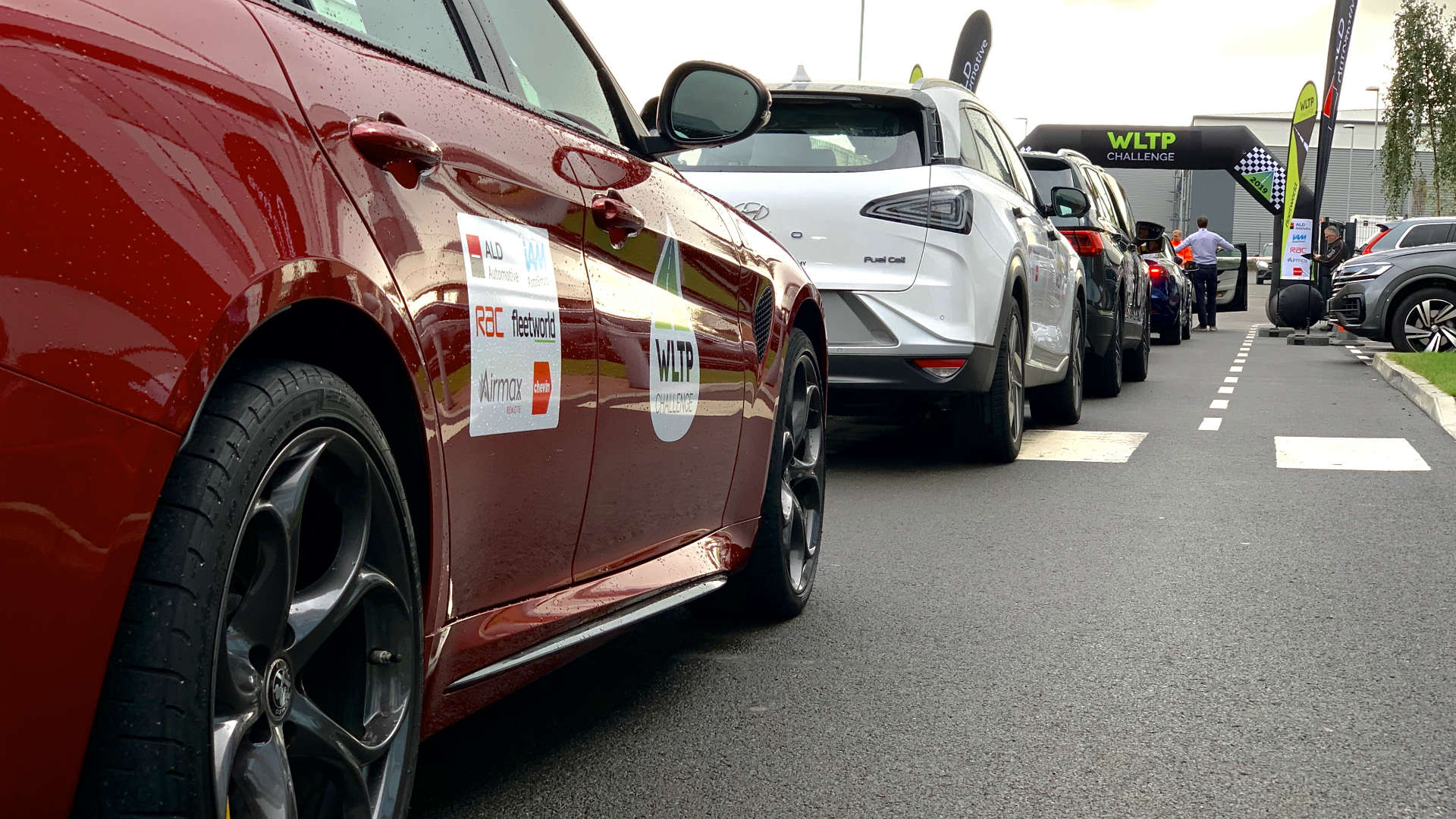 Speaking of which… The air conditioning uses engine power and therefore increases fuel consumption. If you’re hoping to maximise fuel economy, use it sparingly and when necessary, but be realistic.

Make sure that you use the air conditioning at least once a month, as this keeps the refrigerant flowing and the system lubricated. Failure to do so will result in an expensive repair bill further down the line.

During the WLTP Challenge, we managed to avoid using air conditioning for the majority of the trip, but the system was forced into action when the heavens opened and the windows started to mist up. Saving fuel is one thing, but safety comes first. 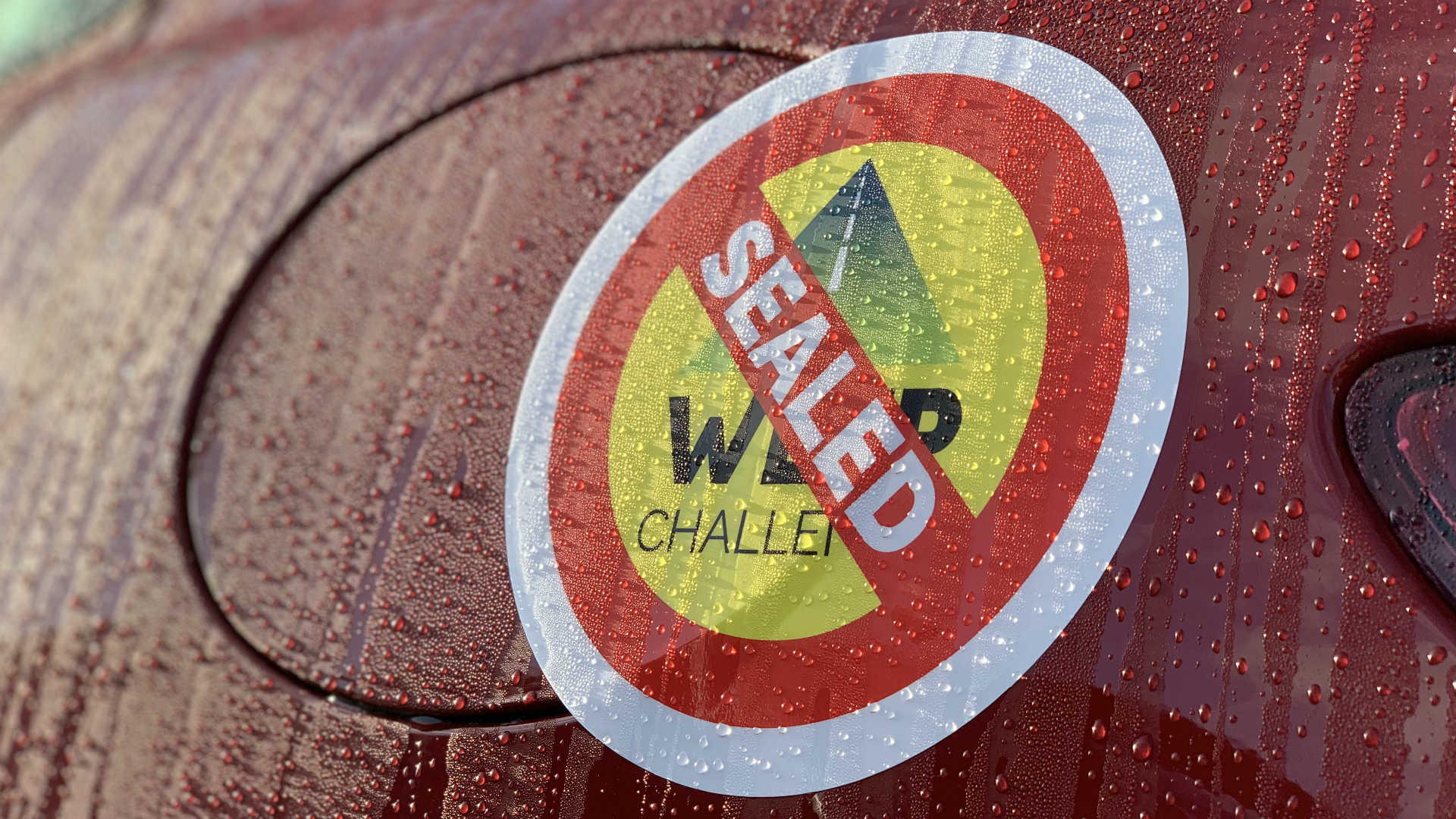 An engine will operate at its most efficient when it’s warm, so cold starts will increase fuel consumption. Is it possible to combine several short trips into one? Could you cycle, walk or use public transport instead?

The heavier your vehicle, the more fuel it will use, which is why many manufacturers have removed spare wheels from their cars.

Remove unnecessary items from the boot, as this will improve your economy. You could also use it as an excuse to leave your mother-in-law at home.

Click here to find out what the WLTP car fuel economy test means for you.