Alfa Romeo's widened bewinged 540hp Giulia GTA takes a swing at the Jaguar Project 8, and just 500 are going to be made 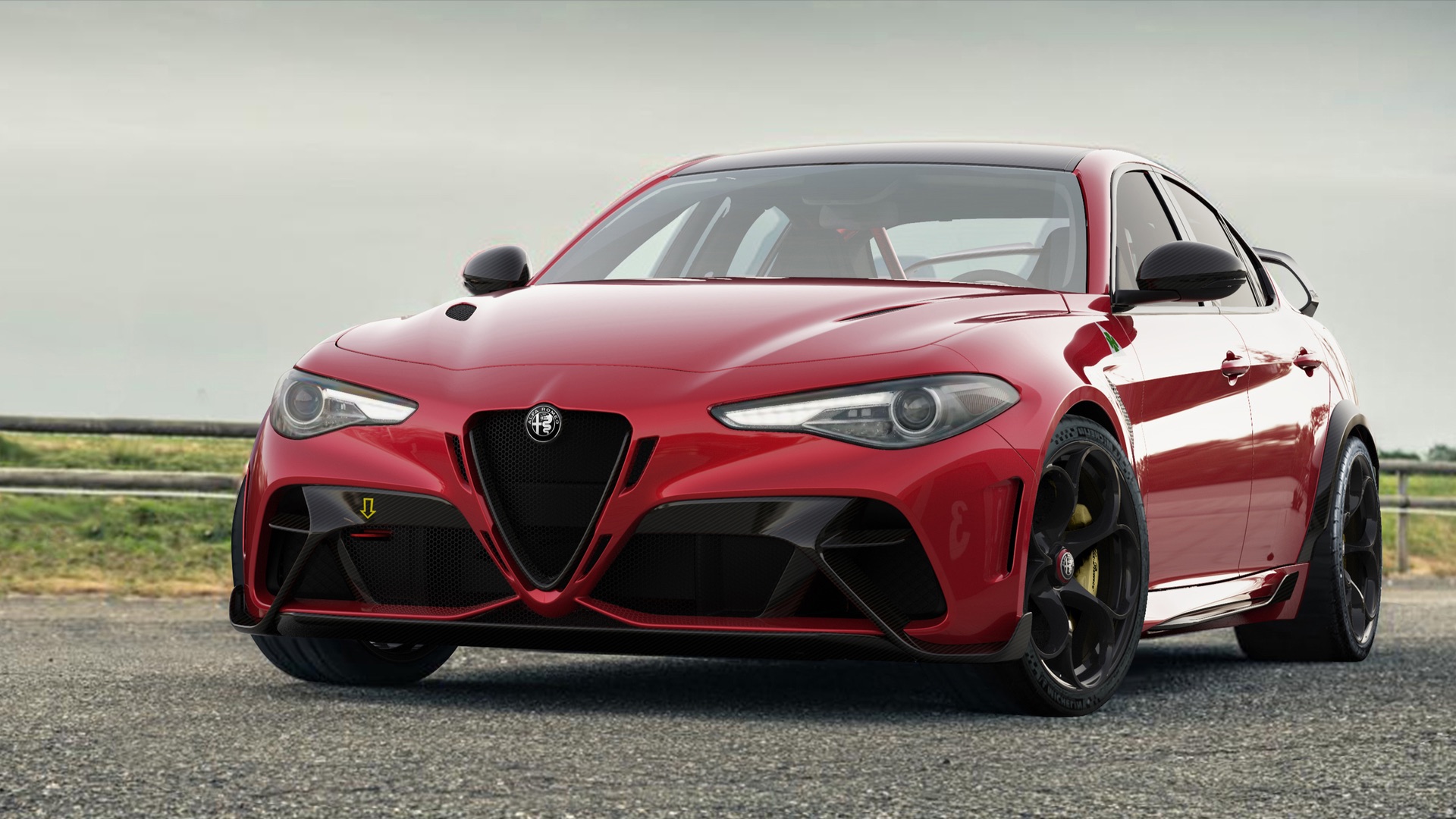 Alfa Romeo has revealed the thrilling new Giulia GTA online in place of a physical unveil at the now-cancelled 2020 Geneva Motor Show.

Based on the popular Giulia Quadrifoglio Verde (QV) super saloon, it turns this Italian super exec up to eleven, with more horsepower, less weight, and a track-oriented focus that’s spoiling for a punch-up with the Jaguar Project 8. 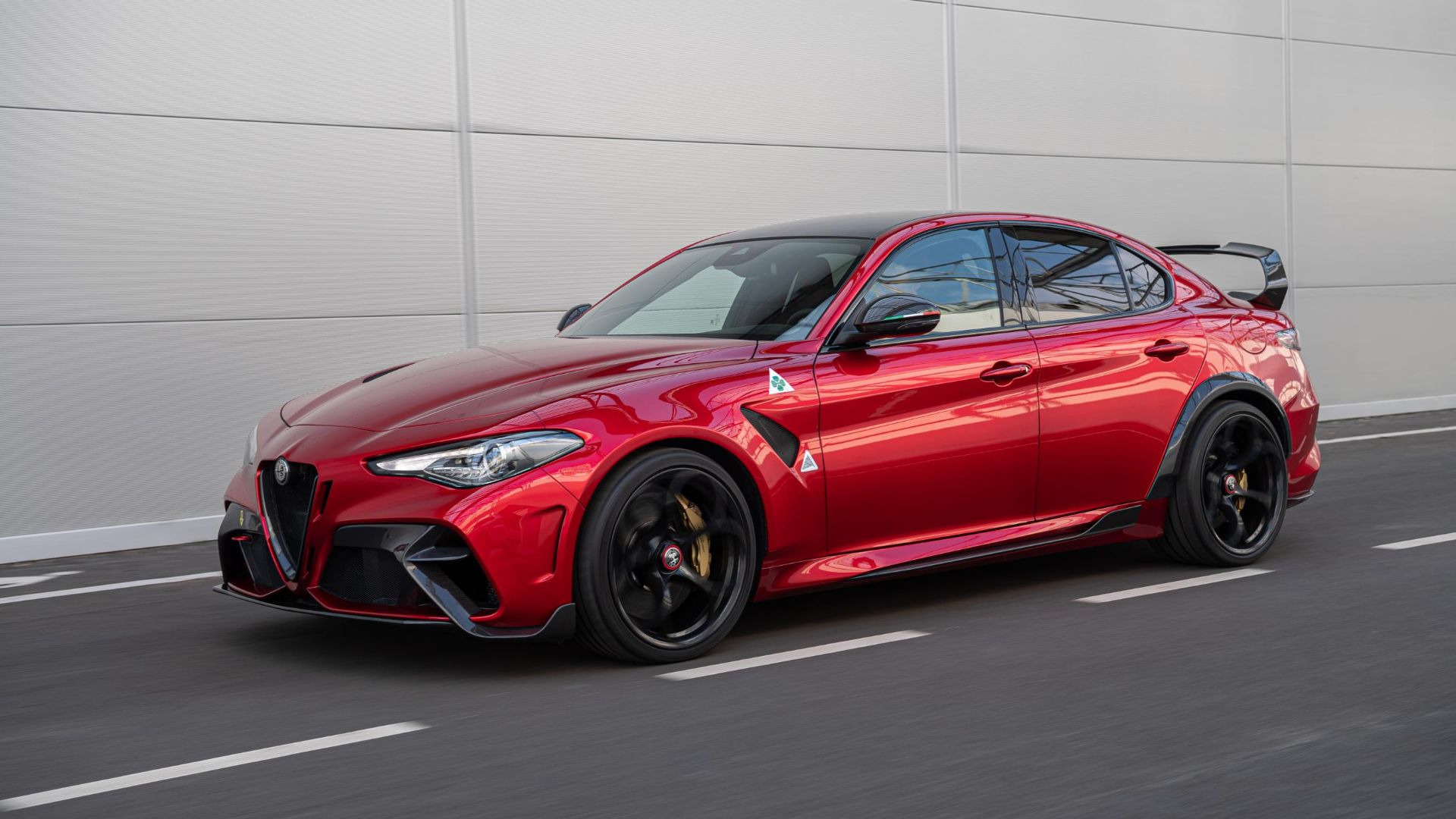 A faster version of the already ballistic Giulia has long been rumoured. So what does the GTA bring to the table?

The standard car wasn’t exactly timid, but a healthy smothering of arch extensions and carbon aero addenda have upped the snarl. 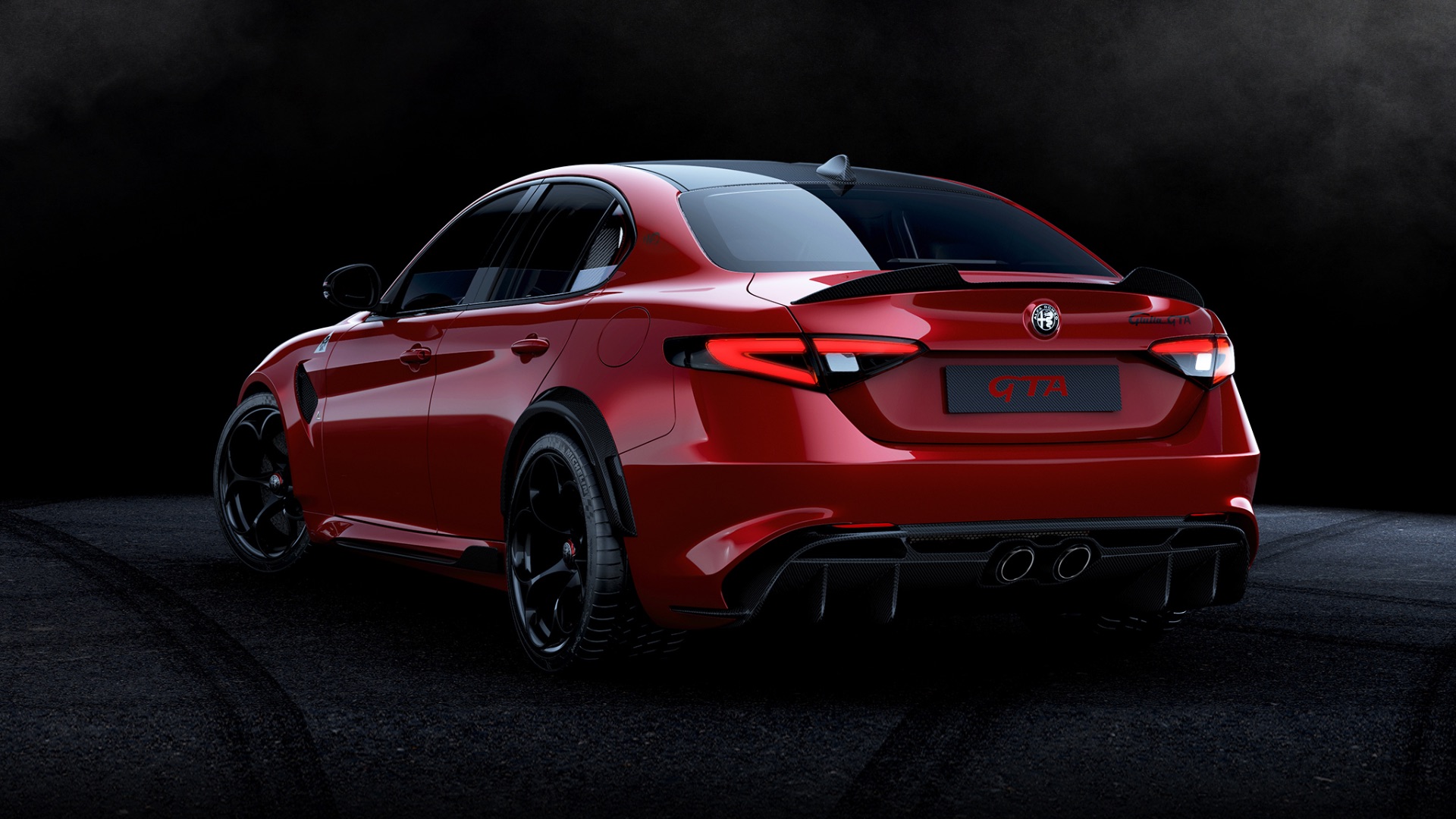 Those arch extensions have pushed the new 20-inch centre-lock wheels out by 50mm, while re-engineered suspension keeps it rigid in the corners.

Wider would ordinarily mean heavier, but the Giulia GTA uses carbon fibre extensively, for the arches, driveshaft, bonnet, roof and front bumper. The ‘A’ in ‘GTA’ does stand for Allegerita, or ‘lightened’, after all.

It’s not all talk and diet, either. The GTA comes with added muscle, up to 540hp, from its revised Ferrari-derived 2.9-litre twin-turbo V6 engine. 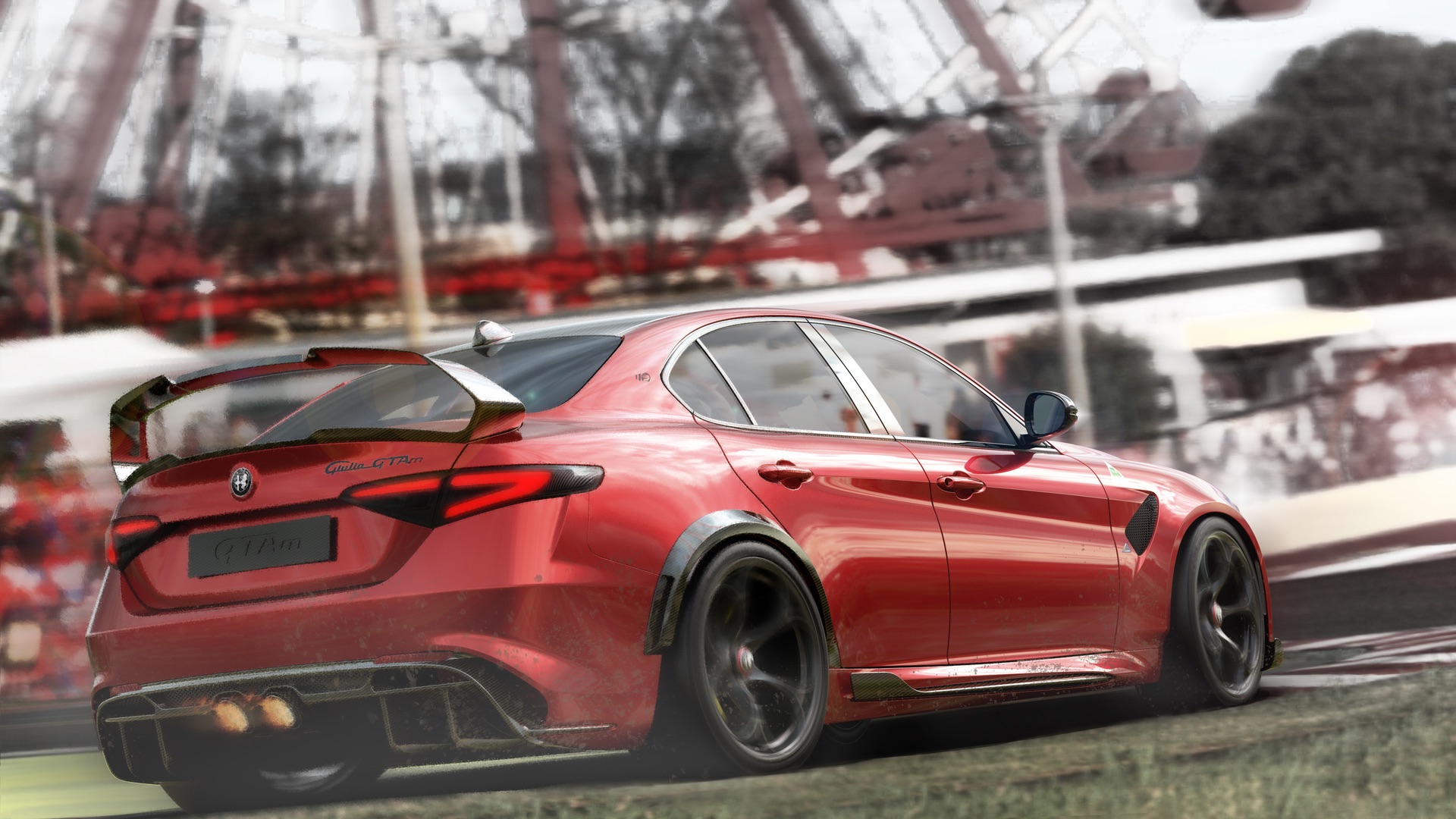 While we all thought Jaguar was slightly mad in lopping out the rear seats and adding a big wing to its small executive saloon, Alfa was clearly impressed.

So the GTAm is the Italian Project 8, with the rear seats junked in exchange for a roll bar, racing fronts and six-point harnesses to go with. 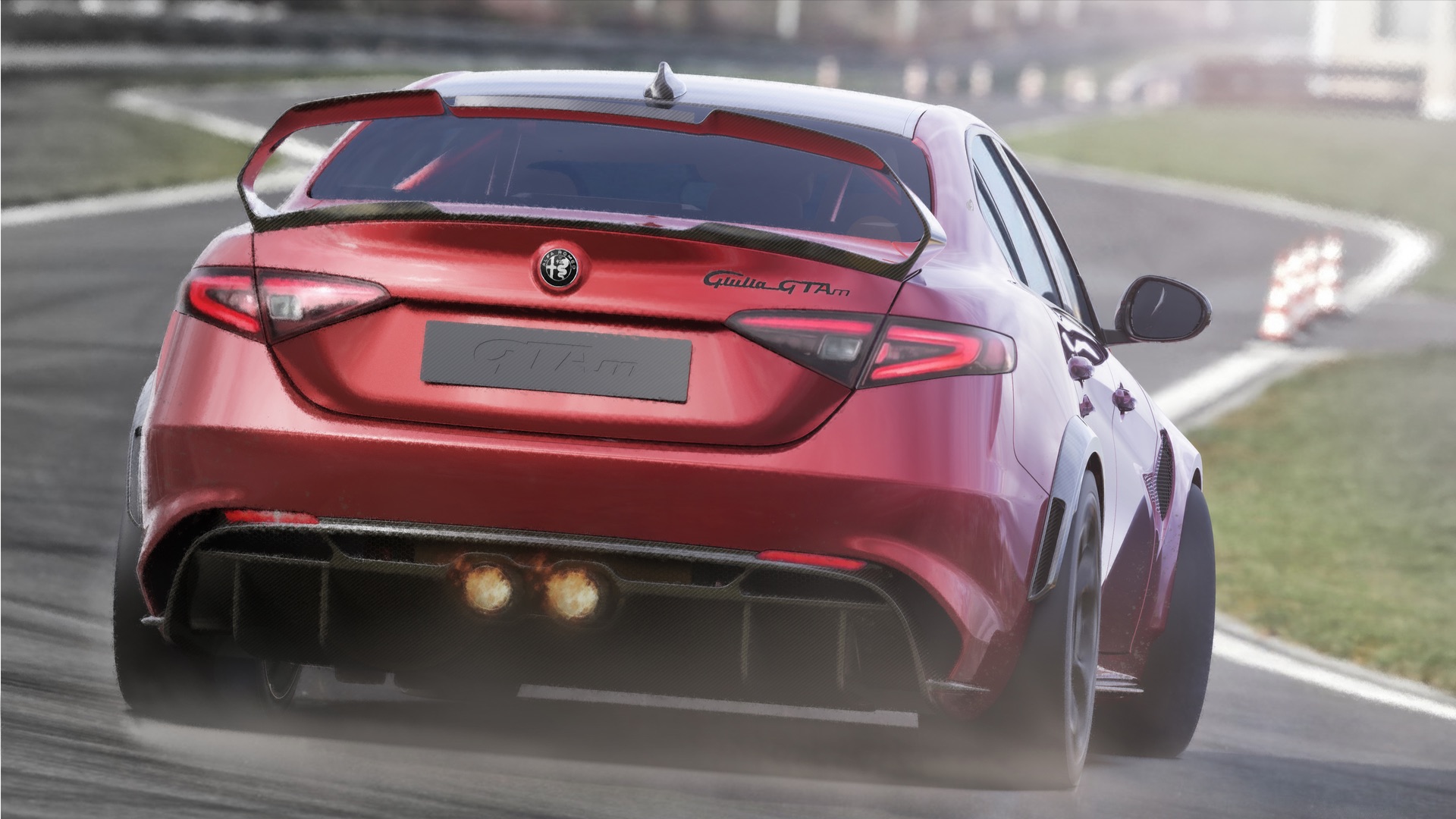 Out back, there’s a nice chunky wing to go with the diffuser on the GTAm, again taking the fight right to the Project 8. The windows are framed with Lexan polycarbonate to get the weight down even more, for a total weight of (around) 1,520kg for the GTAm. 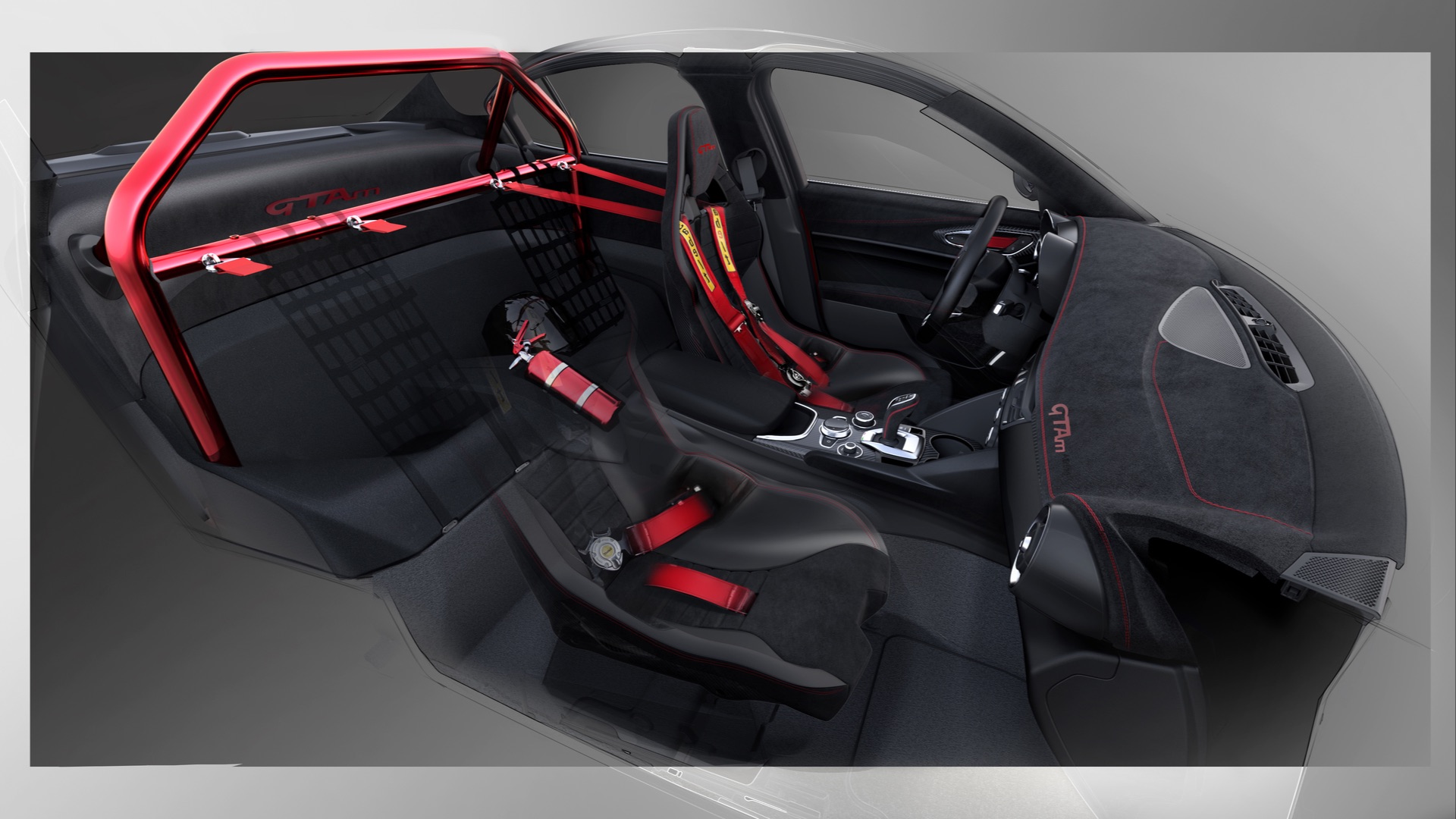 62mph arrives in just 3.6 seconds thanks to the launch control system, though we wonder if it’ll match the QV’s top end of 191mph with all that new aero. We expect that the GTAm might gun for the Jag’s dubious four-door Nurburgring record very soon.

GTA – the ultimate in exclusivity 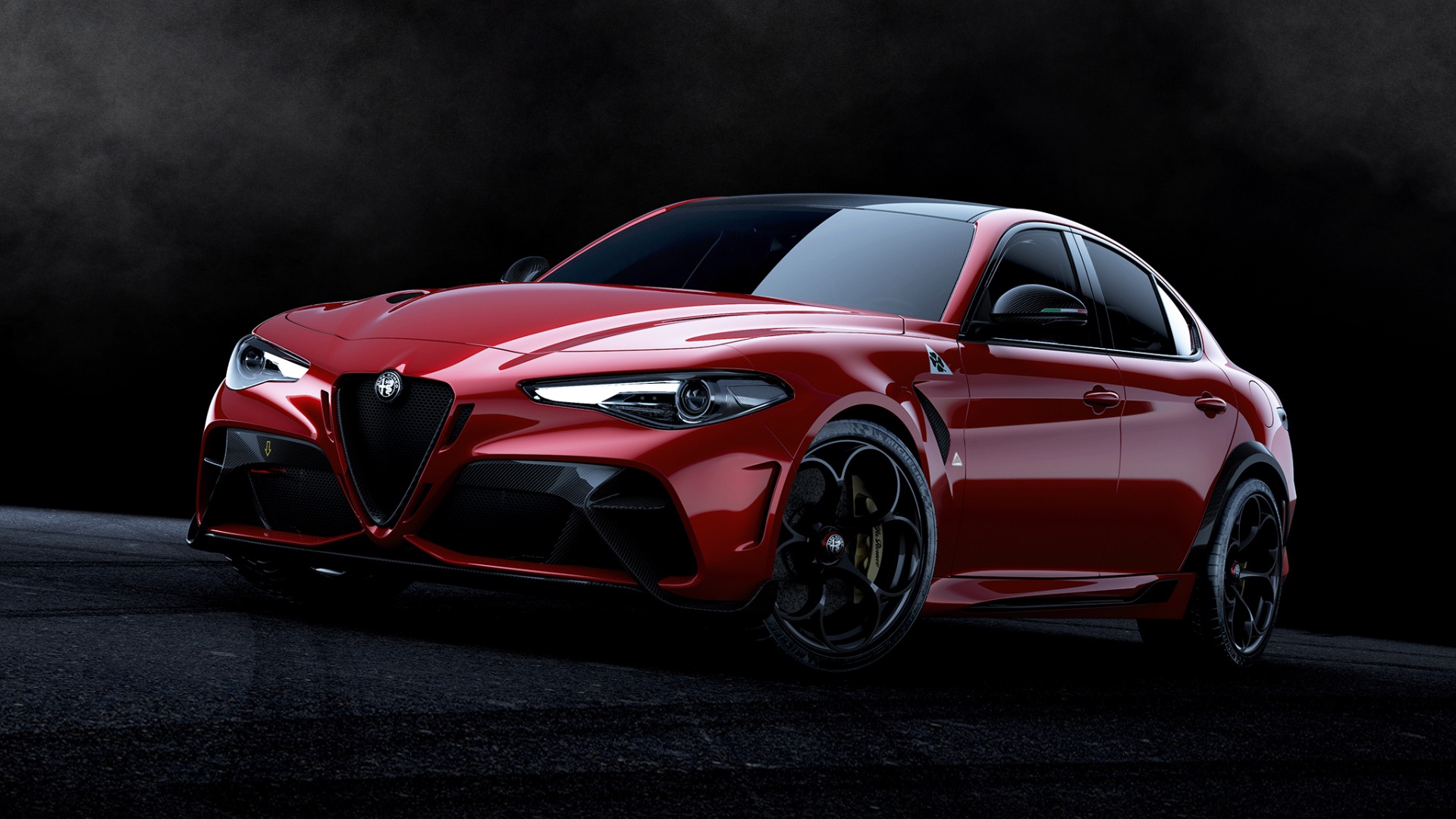 GTA is the Alfa Romeo equivalent of GTO for Ferrari. It’s an integral part of the brand’s legend and as such, the new car will be very exclusive.

Just 500 will be made, numbered and certified. Each car will come with a personal experience package, including a special Bell helmet in a GTA livery, full race suit loves and shoes, and a Goodwool car cover.

If they so desire, customers can get involved in a driving course with the Alfa Romeo Driving Academy.

Get your orders in quick if you want a slice. With just 500 to be made, it’s more exclusive than the V8-powered 8C supercar of 2007.

As for price, no pound figure has been mentioned yet. But, given the modifications and limited numbers, expect the price to rival the six-figure Project 8, too…

Sales of new petrol, diesel and hybrid cars should be phased out by 2030 says Labour – five years ahead of the current target
Read more

Expired: time is up for car park ticket machines

The government is planning a parking revolution, with standardised data and new app sparking the end for the humble car park ticket machine.
Read more
Advice

Five classic Ford Broncos to buy at auction this week

If waiting for the new 2021 Ford Bronco is just too much to take, there are plenty of classic alternatives available at the Mecum Indy 2020 sale
Read more

With quicker steering, 110kg less weight and a howling 360hp straight-six, the E46 CSL is already a legend. Could it be the greatest M3 of all?
Read more