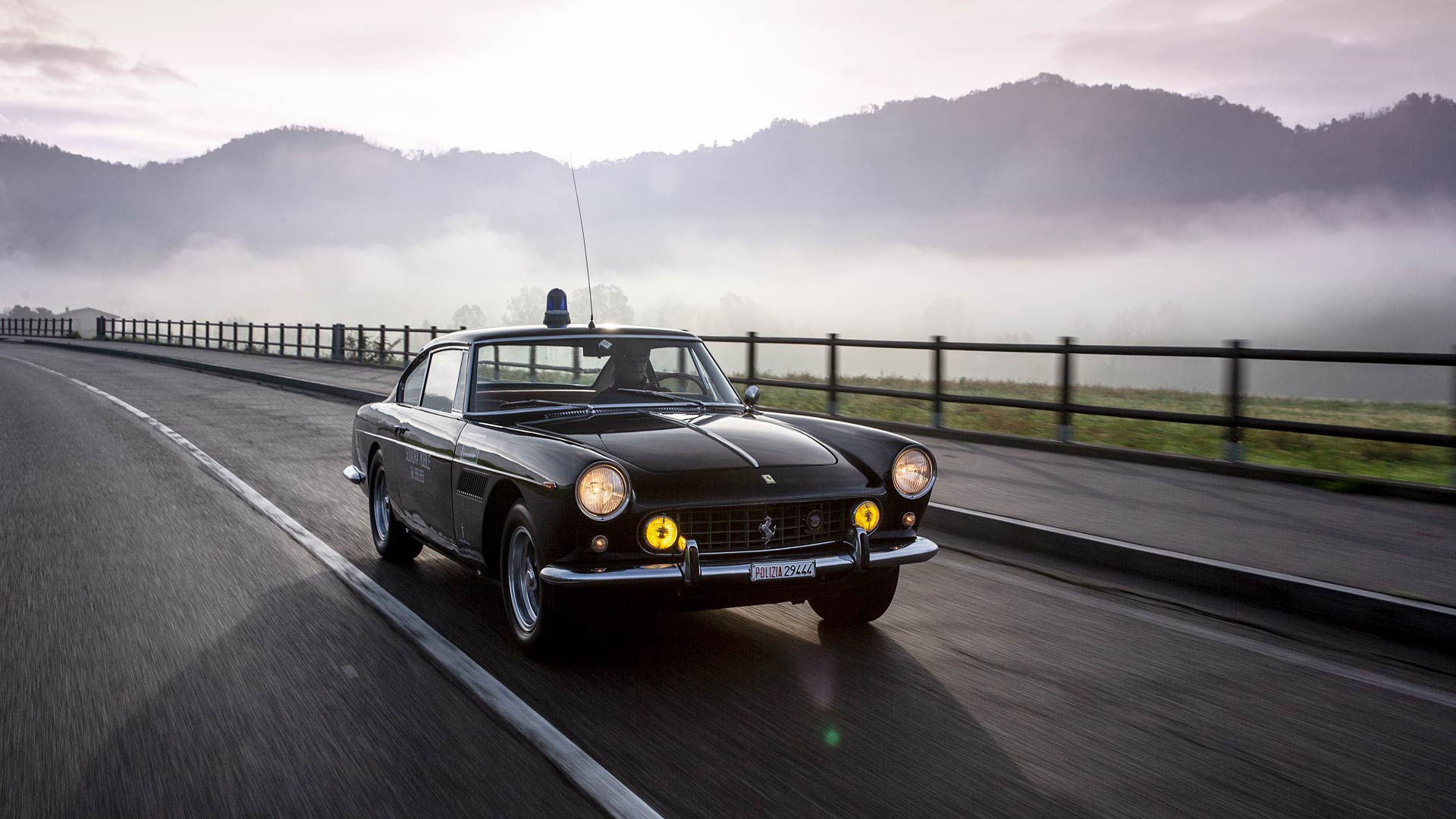 Opportunities to buy an original 1962 Ferrari 250 GTE 2+2 are rare. The chance to own one used by the Italian police force is a unique proposition.

Yet the car Girardo & Co. currently have for sale is a bona fide Ferrari Polizia, which saw service on the streets of Rome.

Such history and provenance mean this car is likely to be high on the ‘most wanted’ list for a serious Ferrari collector.

“What could be better than a Ferrari?” 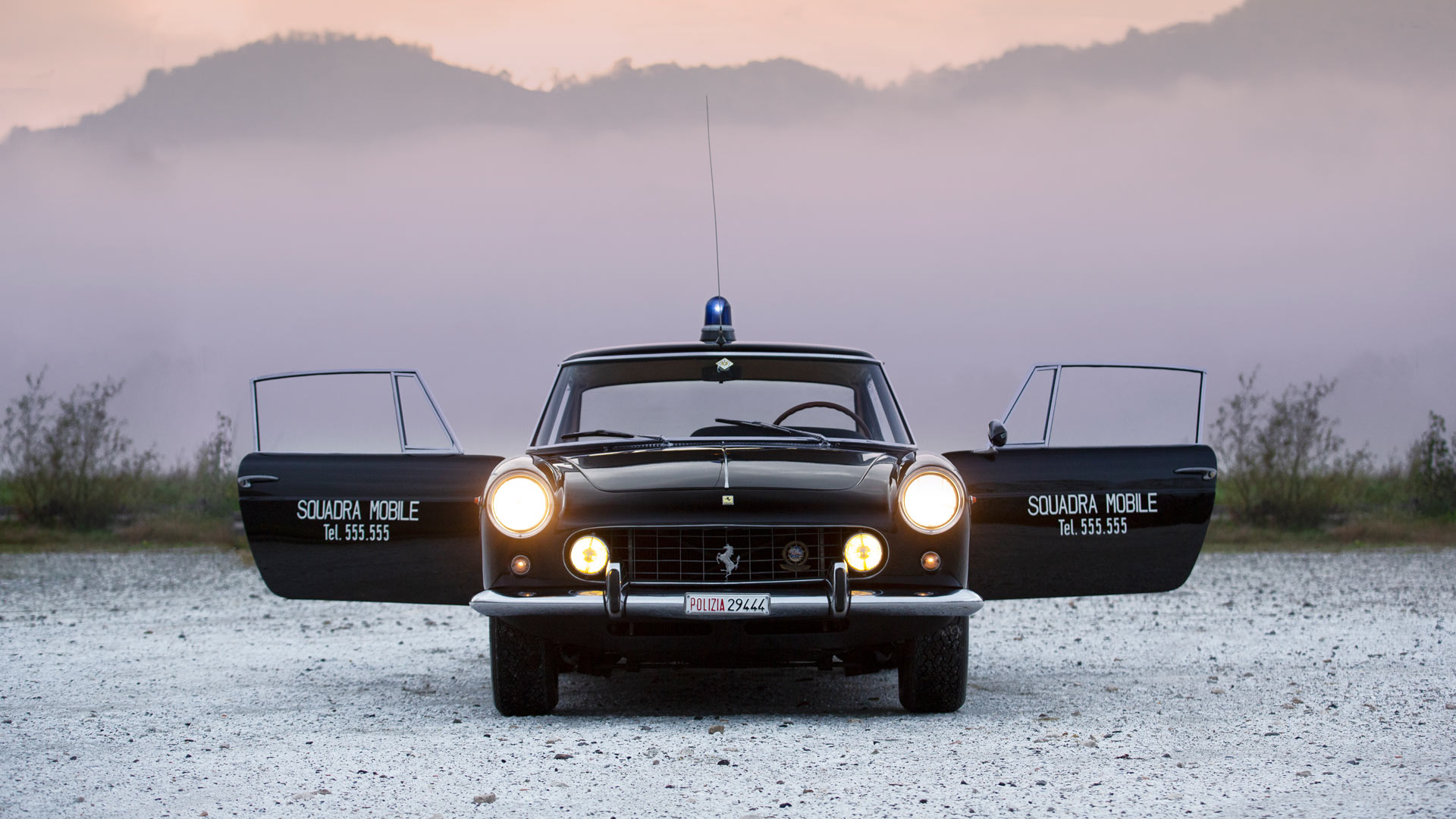 Organized crime in Rome during the 1960s was rampant, with criminals attempting to evade the police causing high-speed pursuits.

Italian police officers had made use of Alfa Romeos, including the Giulia 1600, but even these proved too slow for the toughest crooks.

Armando Spatafora, a Rome-based police officer, was asked what he needed to bring criminals to just. He simply answered: “What could be better than a Ferrari?” 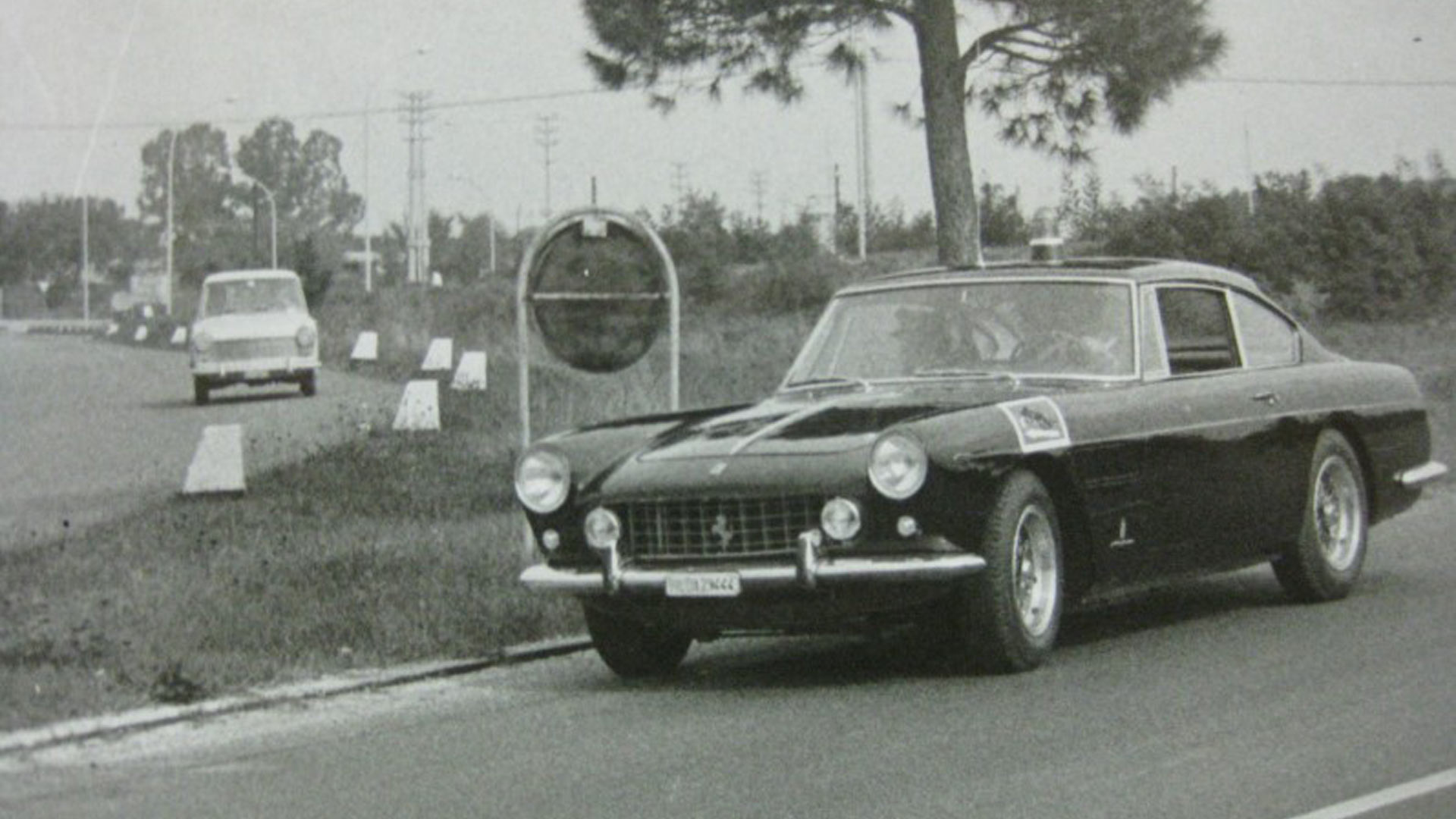 Spatafora’s superiors were clearly keen to end the crime wave. They sent him and three other officers to attend a high-speed driving course in Maranello – the home of Ferrari.

The four offices would also meet their newest recruit, being shown the 1962 Ferrari 250 GTE 2+2 Series II that would become their police vehicle.

Powered by a 3.0-l V-12 engine producing 240 horsepower, the 250 GTE’s top speed of over 155 mph would make escaping the Rome Police almost impossible. 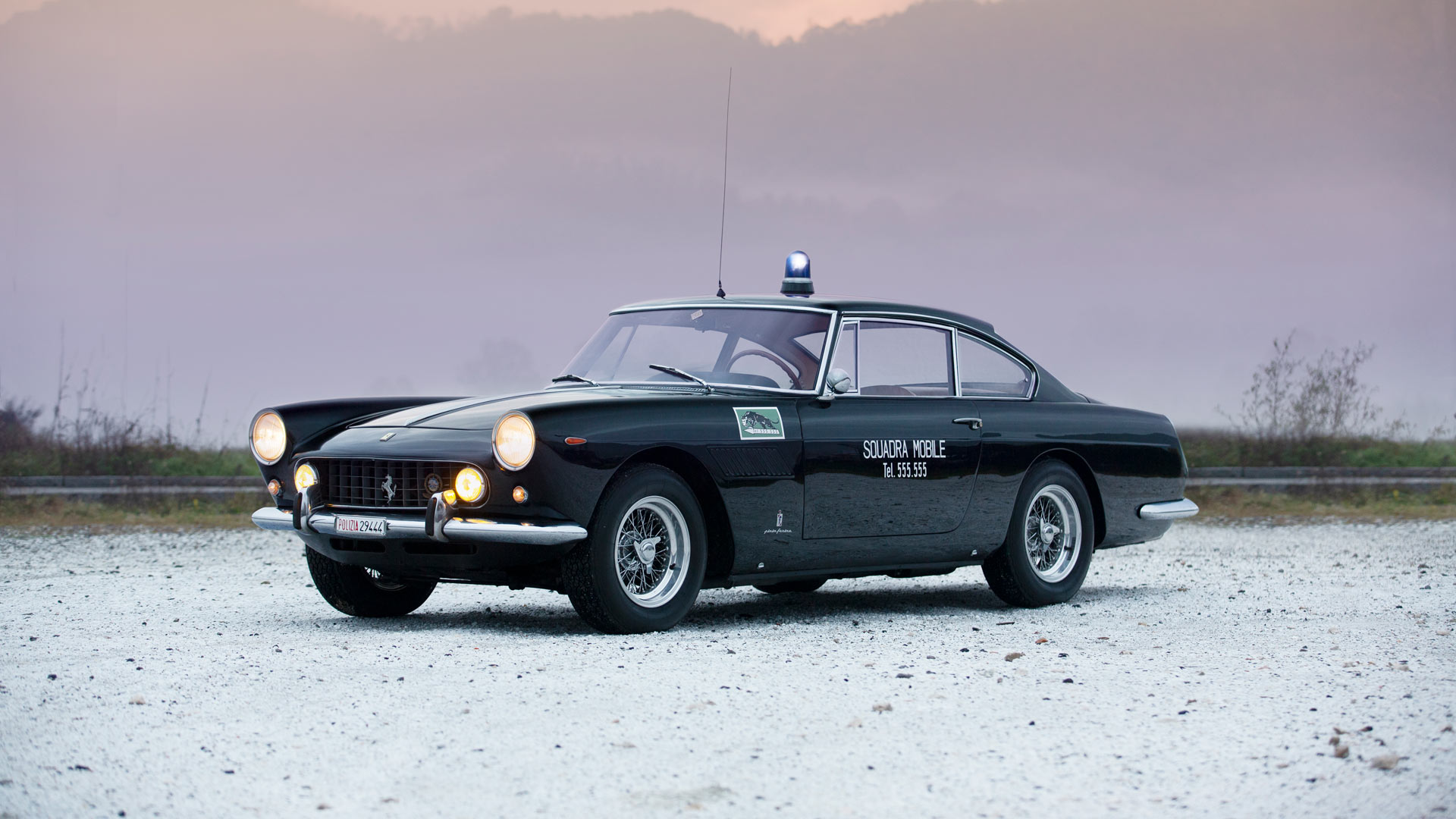 Ferrari actually delivered a pair of 250 GTE Polizia models, both finished in black paint and with tan leatherette upholstery. A police radio and flashing blue light were fitted, along with subtle Polizia markings.

One of the cars was destroyed after only a few weeks in service. However, chassis 3999 was treasured by the Polizia, serving the force for six years in total.

Spatafora was responsible for helping catch numerous criminals with the Ferrari, whilst those who managed to evade the duo would gain almost legendary status in the Rome underworld.

Back out on the streets again 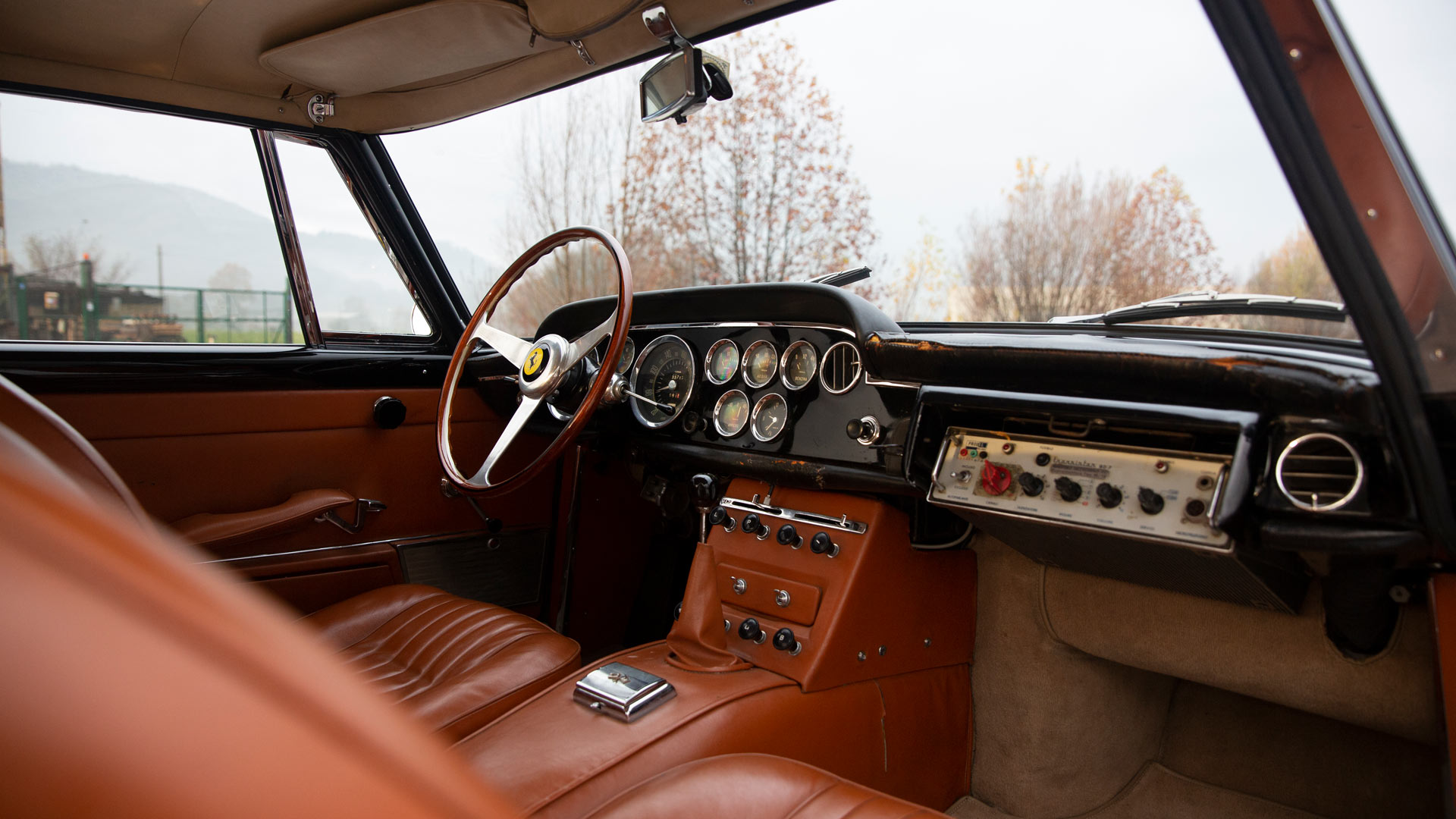 Despite the demanding job the 250 GTE was tasked with, official records show that it was returned to Maranello meticulously for servicing as required. The car was noted to be in superb condition when sold at auction in 1972, following the end of its active service.

The buyer of the Ferrari was aware of how special the 250 GTE Polizia was, preserving the car and displaying it at selected events across Europe. Armando Spatafora had another chance to drive the car at the 1984 Coppa delle Dolomiti race, where the retired officer set the second fastest time.

Appearances at museums and celebrations followed, with the 250 GTE Polizia also taking part in Ferrari’s 50th anniversary celebrations in 1997. The seller acquired the car in 2015, and took it to the famed Pebble Beach Concours d’Elegance in 2016. 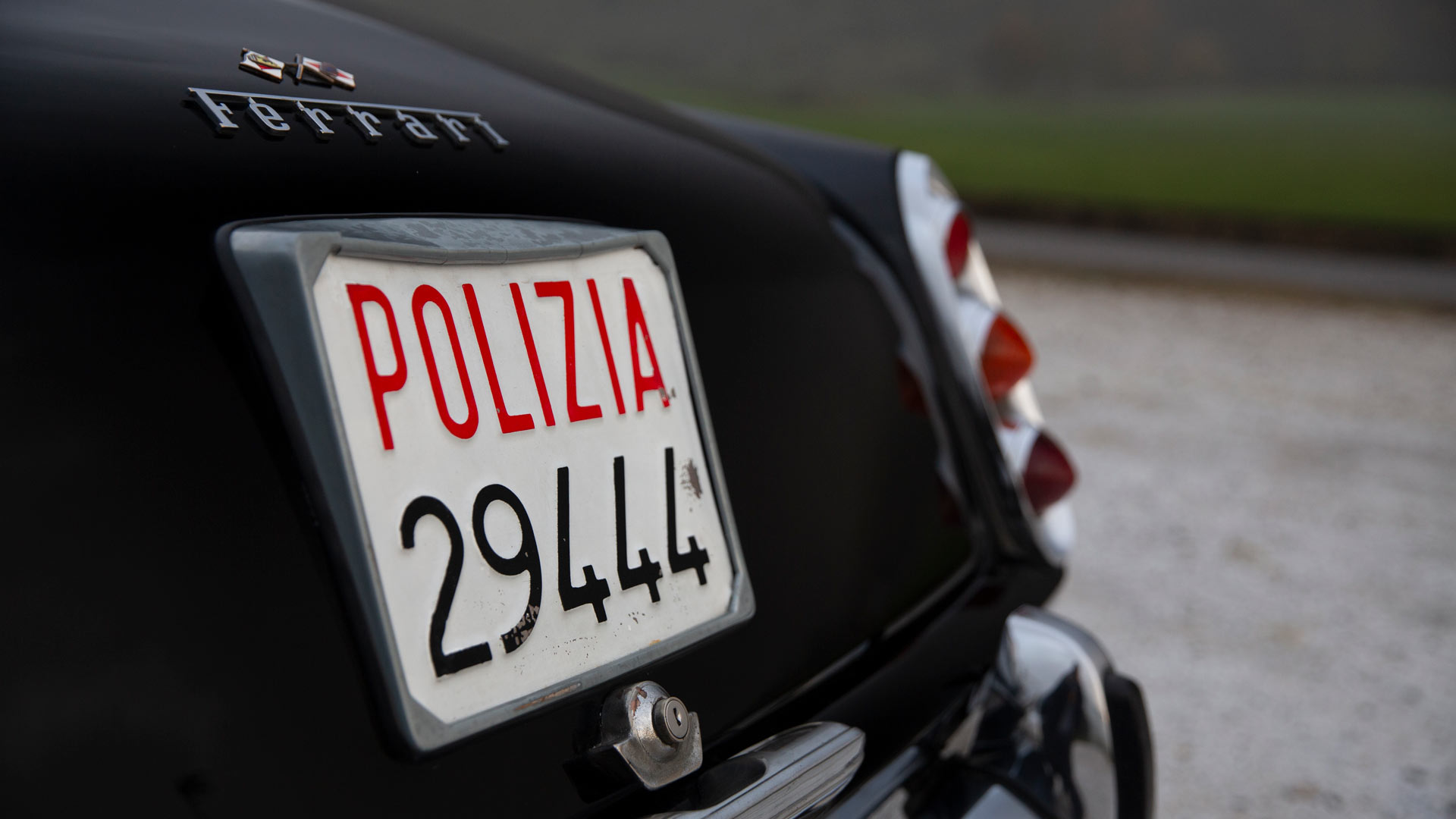 Right now this is the only private car in Italy with permission to drive with lights, sirens, and a  “Squadra Volante” police livery.

Such a famous history, and preserved original condition, means this is truly a unique vehicle. The addition of a comprehensive history file, period images, and prized Ferrari Classiche certification only add to the desirability.

‘Furbie’ the furry Volkswagen Beetle is for sale