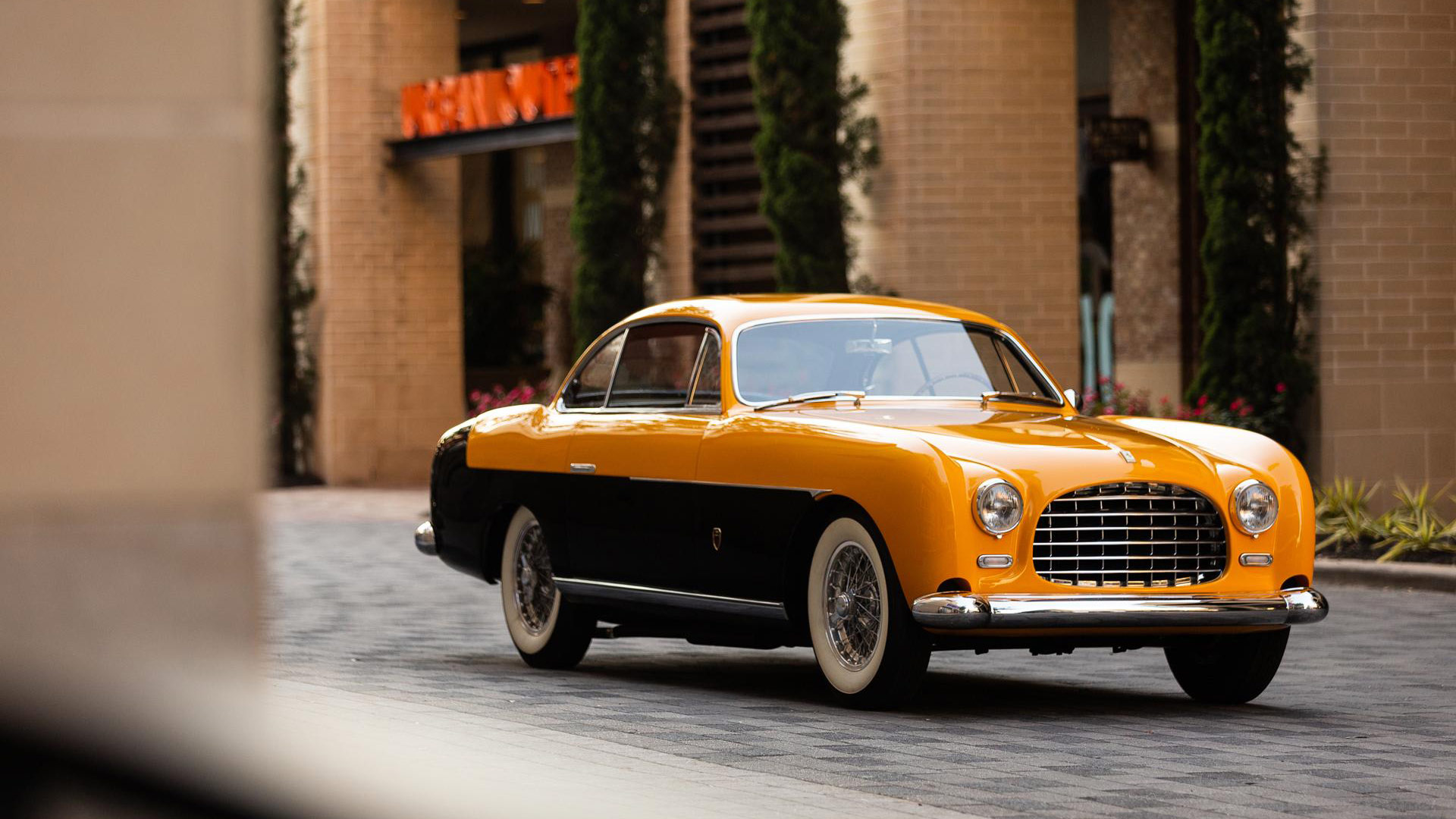 Auction website Bring a Trailer currently has for sale not only one of the rarest Ferraris ever made, but one with a truly amazing backstory.

Only around 80 examples of the 212 Inter were built in Maranello, but this one is even more special for wearing unique coachwork created by Ghia.

Being first displayed at the 1952 Paris Auto Salon, and then bought by Argentinitan leader Juan Perón, makes it a true legend of Ferrari folklore. 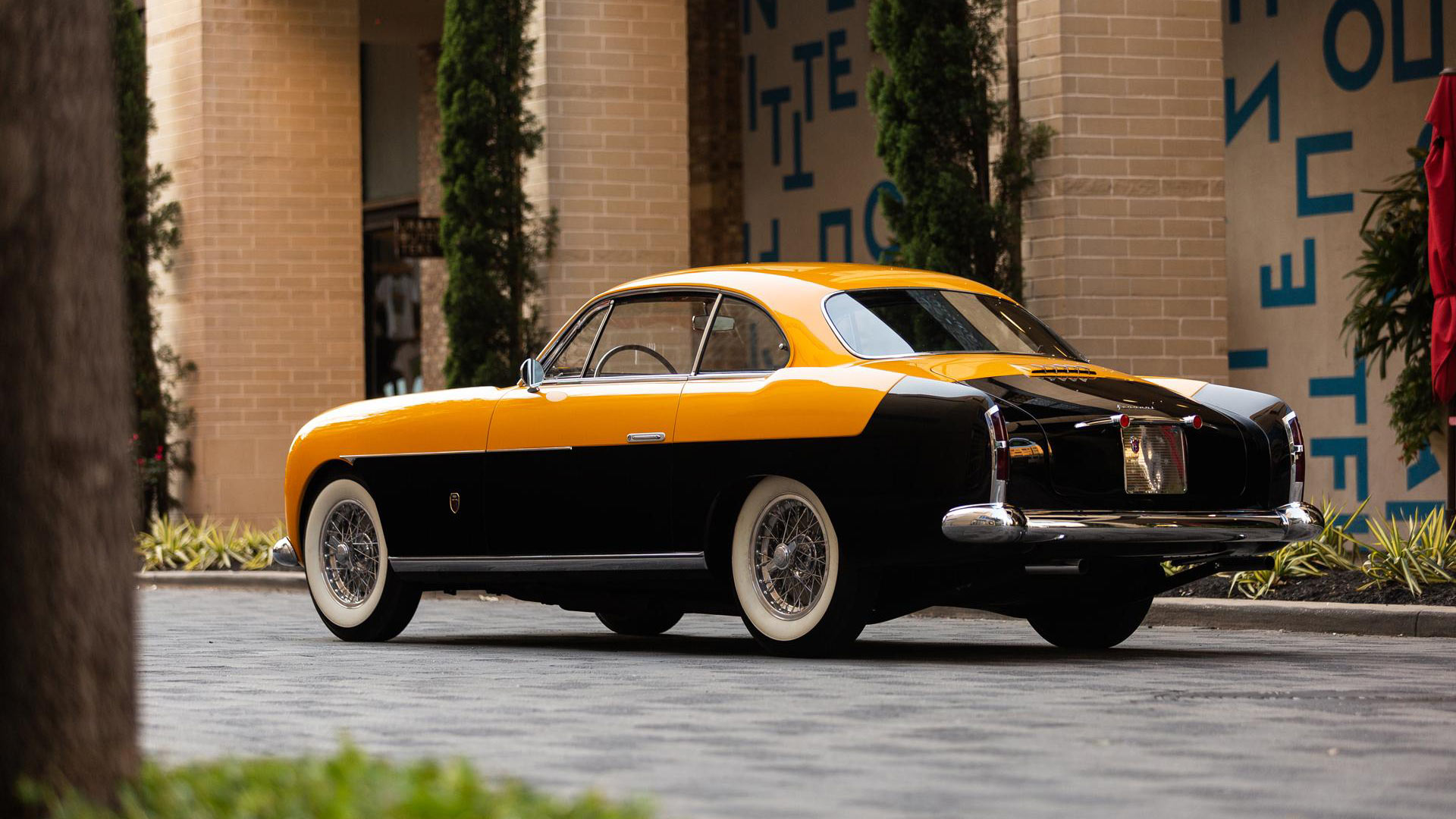 Built in October 1952, this 212 Inter was intended to be used on the motor show circuit. Ghia in Turin, Italy were tasked with creating bespoke bodywork to truly display what Ferrari could offer.

Famed Chrysler designer and Ghia associate, Virgil Exner, is noted to have provided many of the styling details. The distinctive yellow over black paint scheme is matched by the luxurious interior, featuring black leather upholstery with yellow piping.

The custom efforts seemingly worked, as they attracted the attention of Juan Perón – the then President of Argentina 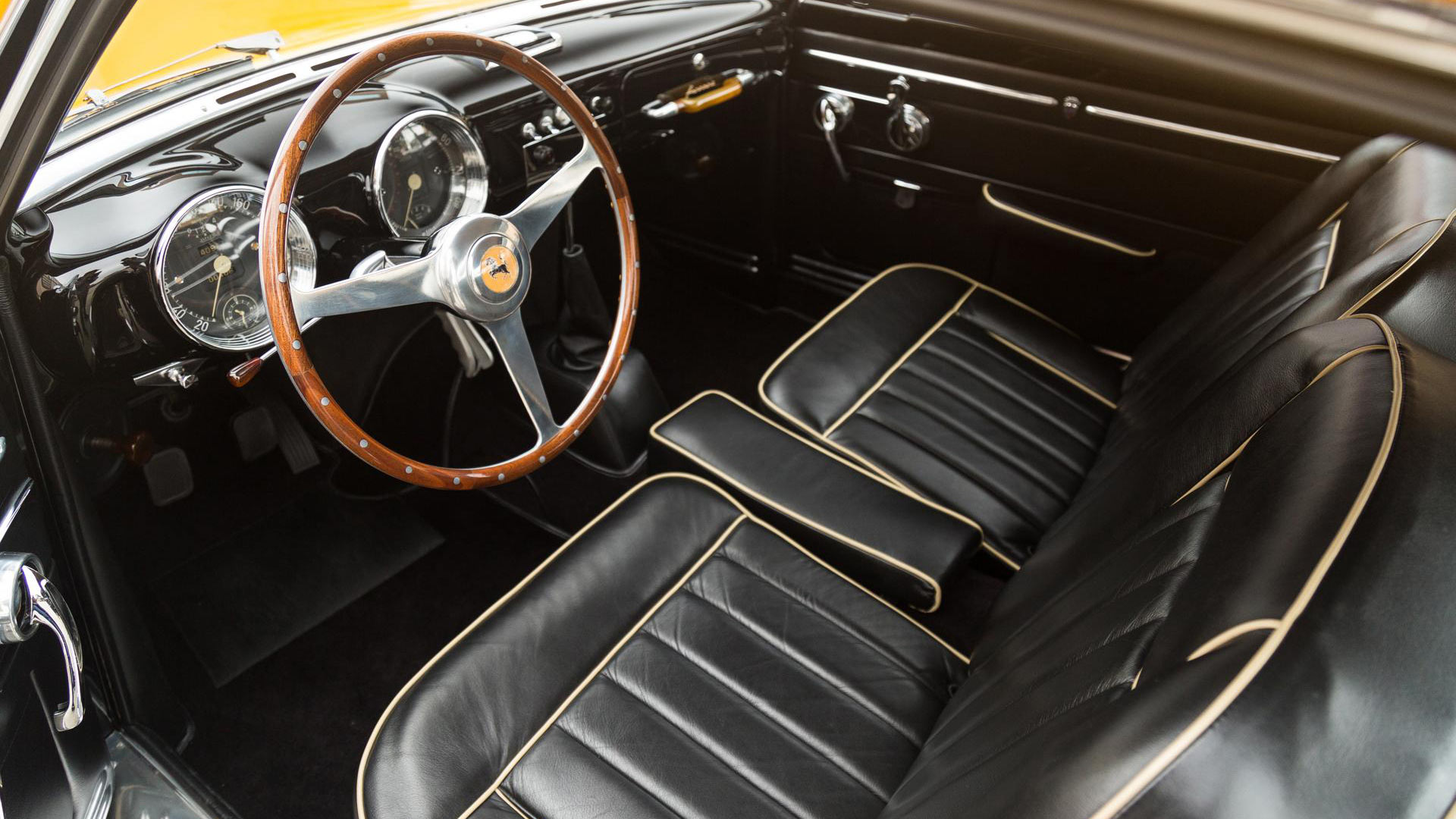 As Argentina’s populist leader, Juan Perón had been responsible for financing the motorsport successes of Juan Manuel Fangio and Froilan Gonzalez. He also amassed a considerable personal collection of cars.

Before heading to Argentina, this 212 Inter returned to Maranello to be given a different chassis number by Ferrari. This was done to create the impression of the car being used, and avoid Argentinian import taxes on new cars.

The seller has provided a report by Ferrari specialist Marcel Massini, which gives some insight into Perón’s ownership of the 212 Inter. 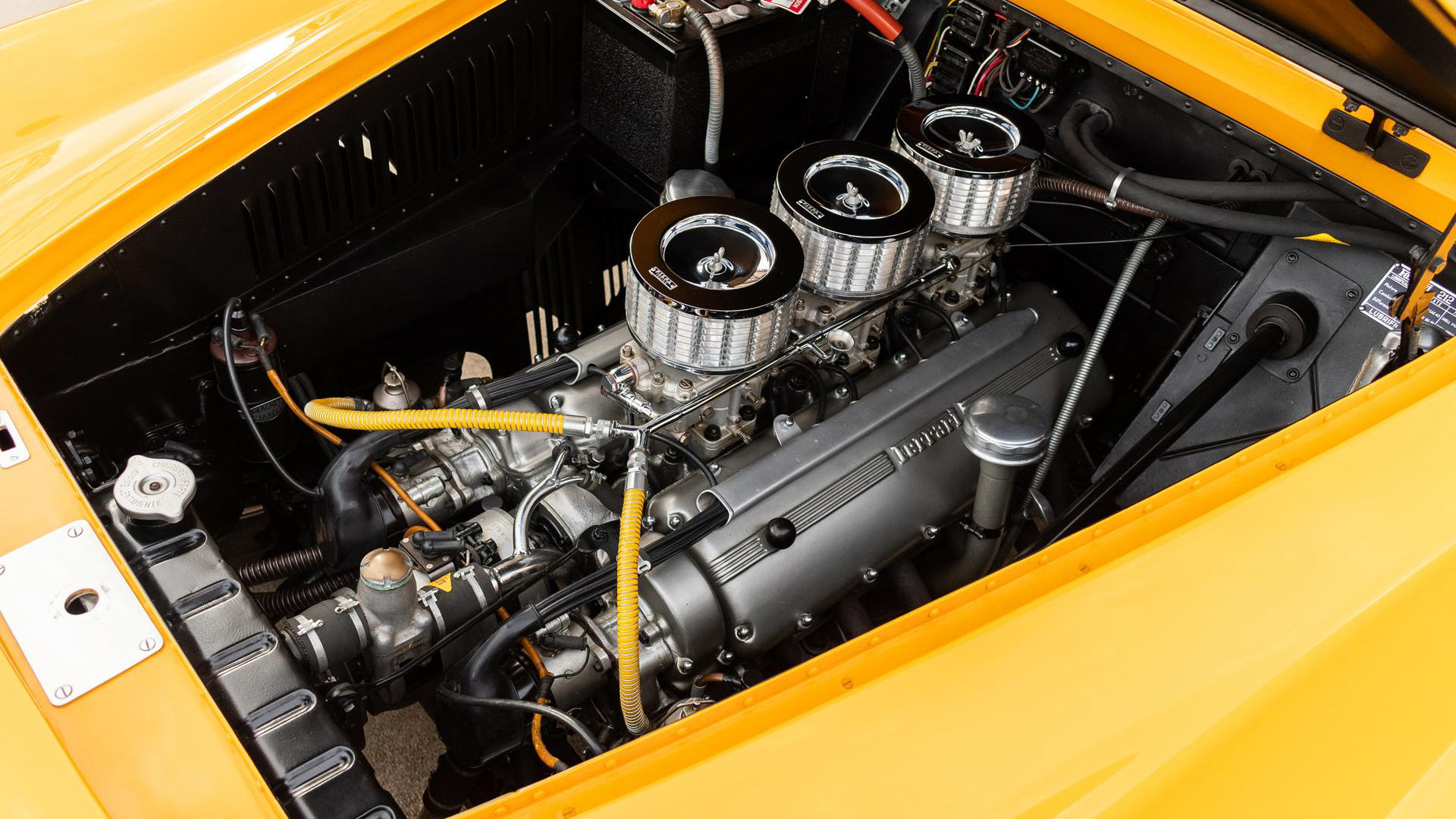 After being ousted from power in a military coup, Perón fled Argentina in 1955 and the car passed into local ownership. The 212 Inter spent time in storage, until being sent to Switzerland in 1987 for restoration.

The original 2.6-liter Colombo V-12 engine is still present, and was subject to a thorough rebuild during the 1990s. Producing 163 horsepower, the twelve-cylinder engine has the potential to give the 212 Inter a top speed of 124 mph.

A period-correct four-speed manual transmission drives the rear wheels. The transmisison was replaced at some point whilst the car was in Argentina, although the differential is still original. 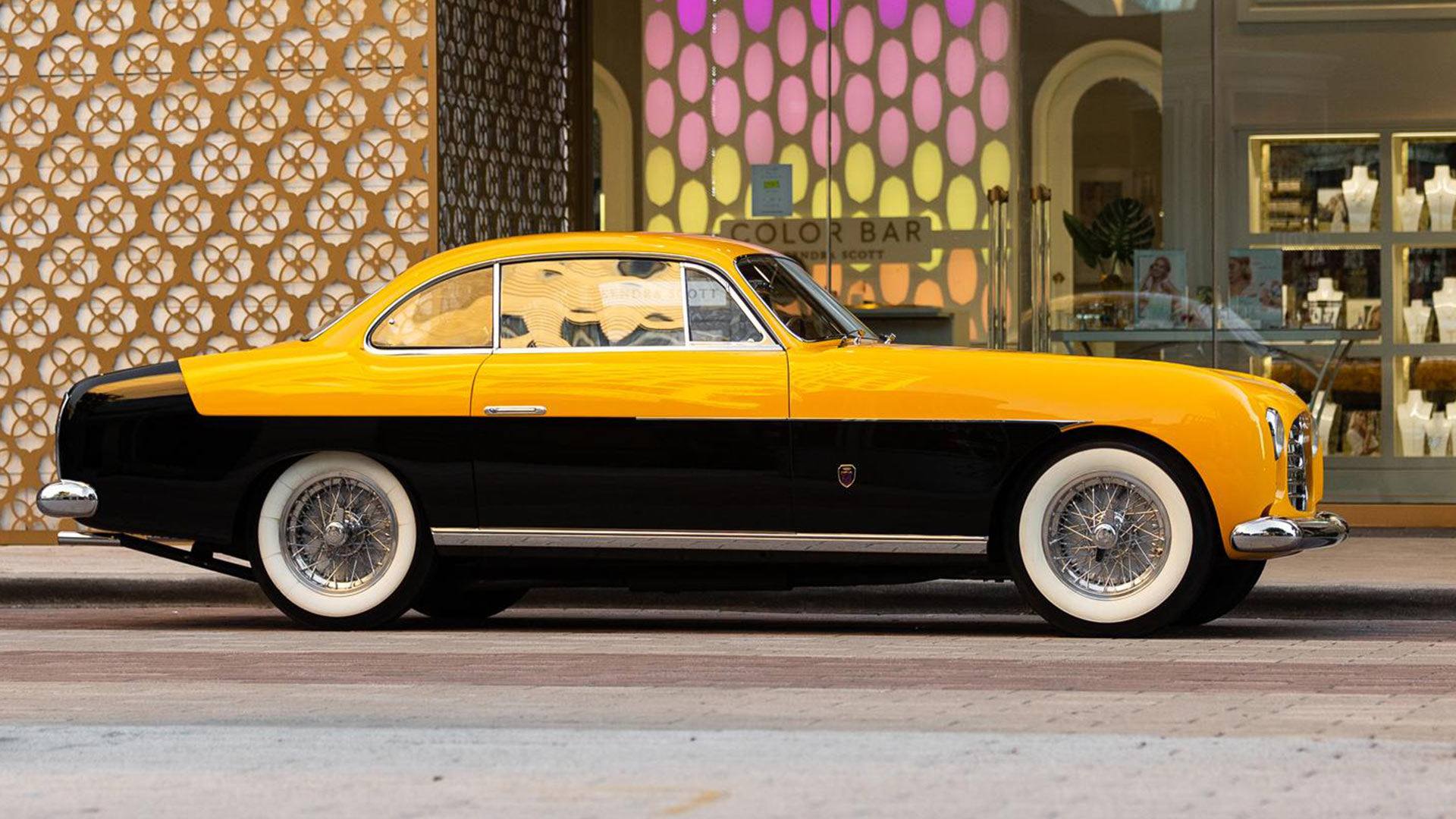 Recent maintenance has included a suspension rebuild, replacement fuel lines, and a new battery. The factory tool kit and original owner’s manual are all noted to be present.

The car was Classiche-certified by Ferrari in 2017, with the special ‘Red Book’ cataloging its provenance against the original specification.

Having been featured in several magazines and books, the seller has provided numerous photographs and press clippings featuring the car. This includes images of Juan Perón with the car. 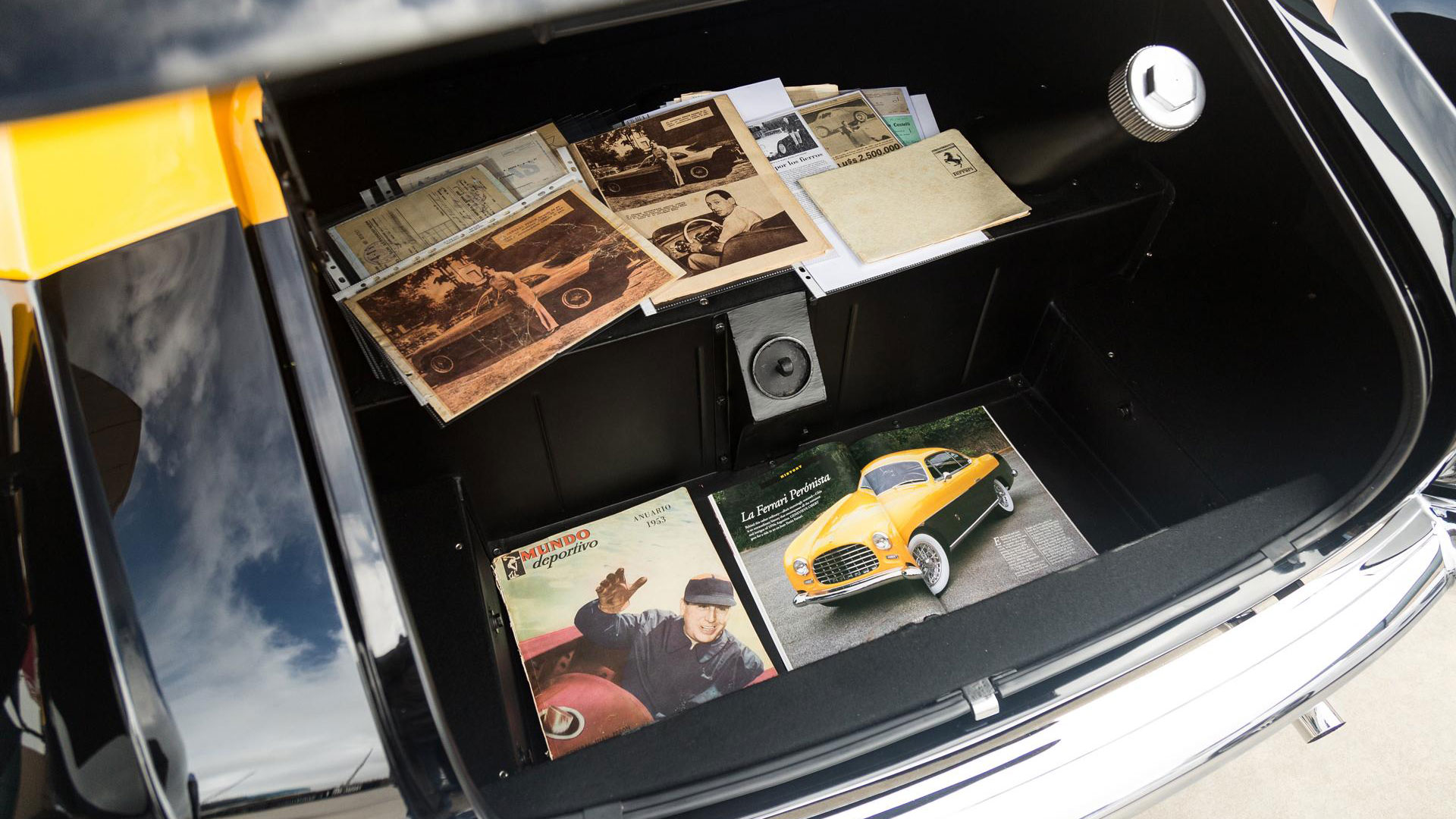 Finishing second at the 2002 Pebble Beach Concours d’Elegance is a reminder that buying this will give the new owner access to the biggest motoring events across the globe.

Last year this car sold for $1.188 million at the RM Sotheby’s sale in Scottsdale, Arizona. That should give some indication as to the expected final selling price.

The Bring a Trailer auction ends on July 31st, and has already generated a substantial amount of interest and early bids. 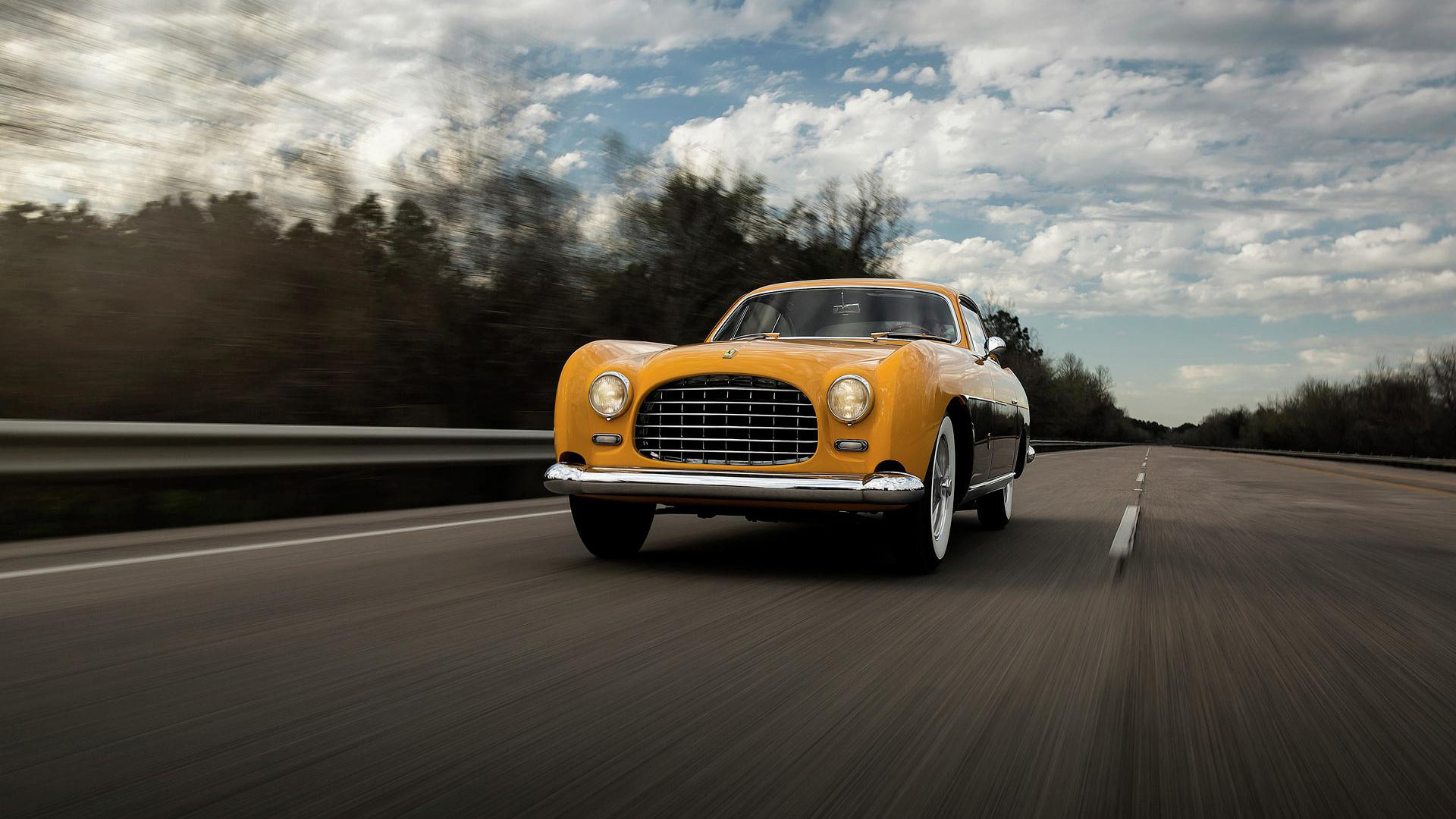 Whichever lucky buyer scoops the 212 Inter, they should certainly be pleased with owning this piece of Ferrari history.

For those with more limited budgets, Bring a Trailer does also have four other Ferraris currently listed. This includes a 1984 308 GTS Quattrovalvole, which is at the more affordable end of the Maranello ownership spectrum.

Everyone else can at least enjoy the epic video put together by the current owner of the 212 Inter.