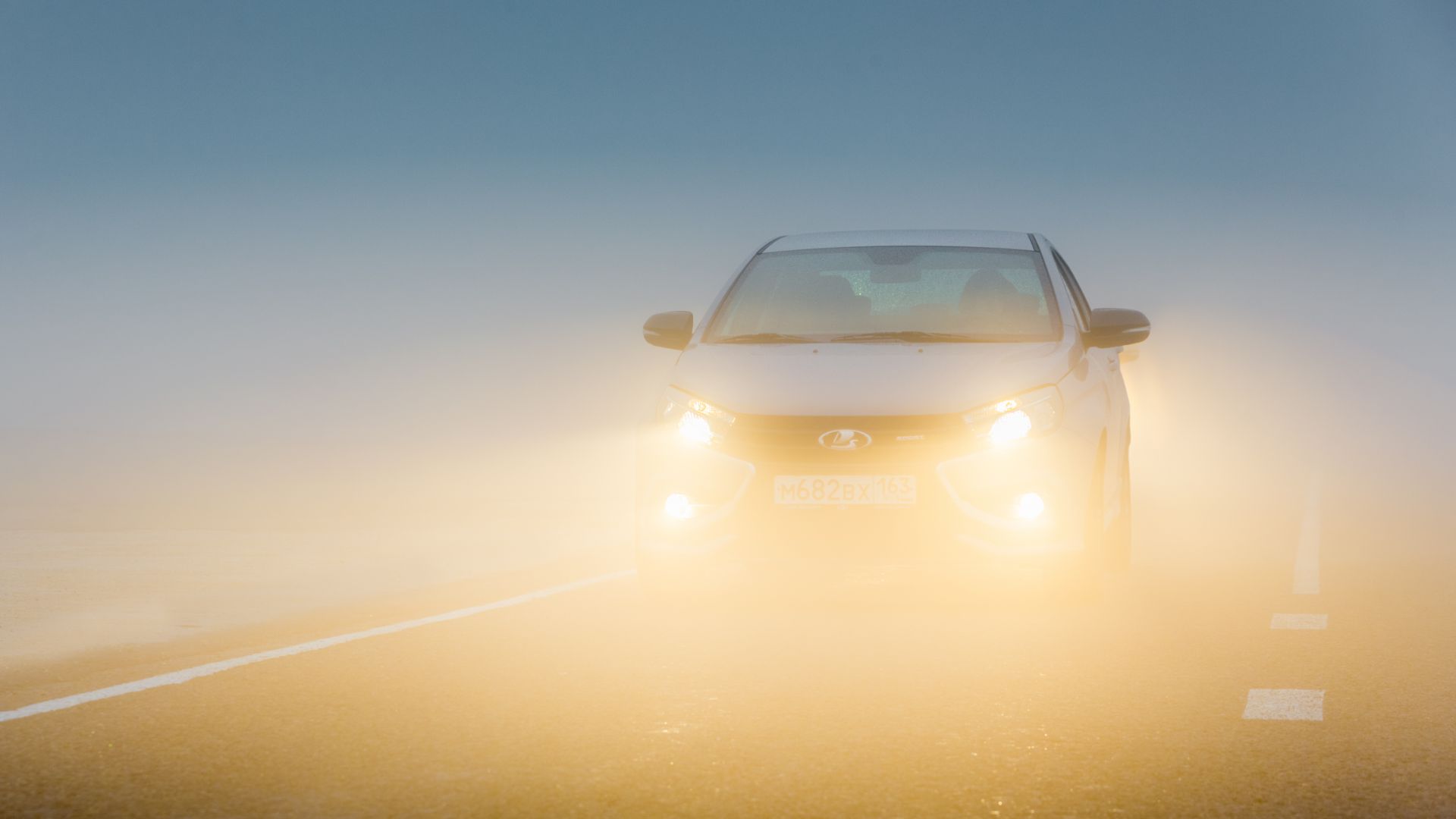 In these dark winter months, when motorists regularly face rain, mist and fog, it’s essential to know exactly how all your lights work on your car – and when it’s appropriate to use them.

When it’s foggy, you should have your headlights on. However, with many cars coming with automatic lights, you might not think you have to switch them on yourself.

However, automatic lights don’t always respond to foggy conditions, so you need to be aware when it’s time to switch them on yourself. And indeed when to supplement them with car fog lights.

What are car fog lights for? 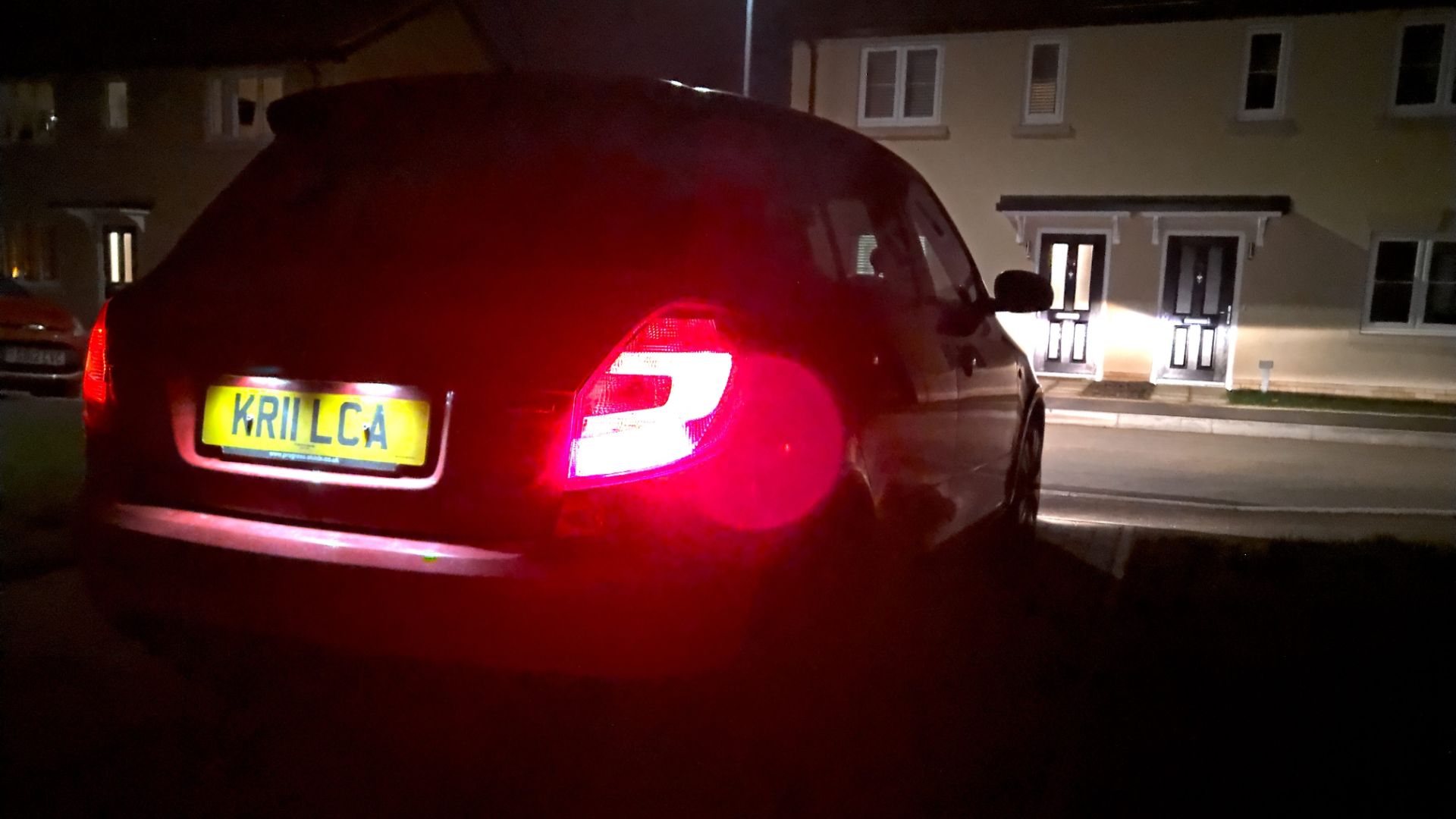 It sounds obvious, but bear with us. Rear fog lights are indeed for foggy conditions. But more importantly, they are for other drivers, not you. They don’t help your own visibility.

Like your indicators, they are a sign to others that visibility is limited. And, of course, an indication that you are approaching.

When should I switch my fog lights on? 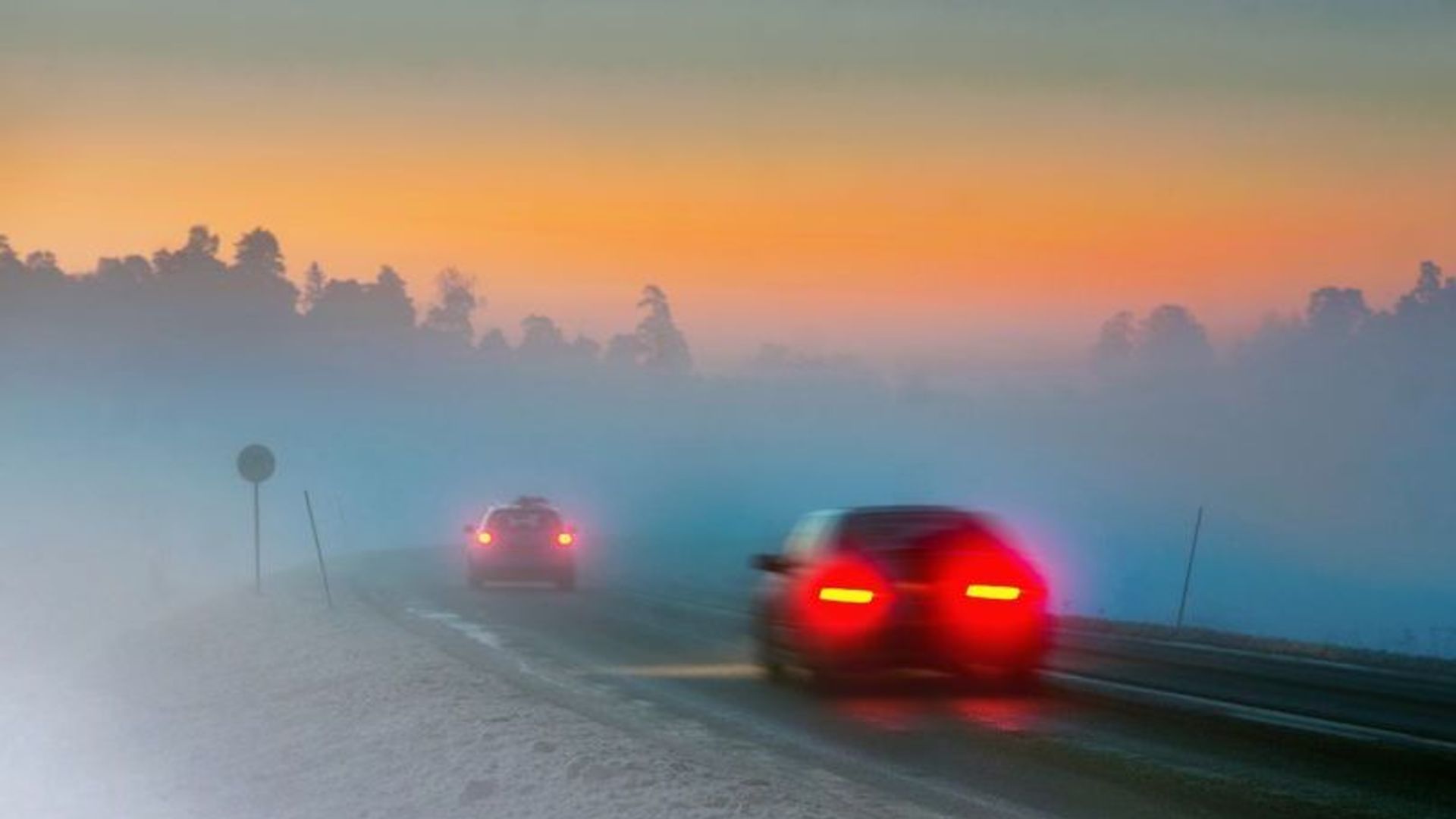 This is where things get hazy (so to speak) and it’s a subject of much debate. Especially as inappropriate use of fog lights is a big bugbear for British motorists.

Use the other cars around you as an indication of whether they’re necessary. Look at the car 100 yards ahead of you and judge how well you can see it. If you can see it clearly, fog lights aren’t warranted. 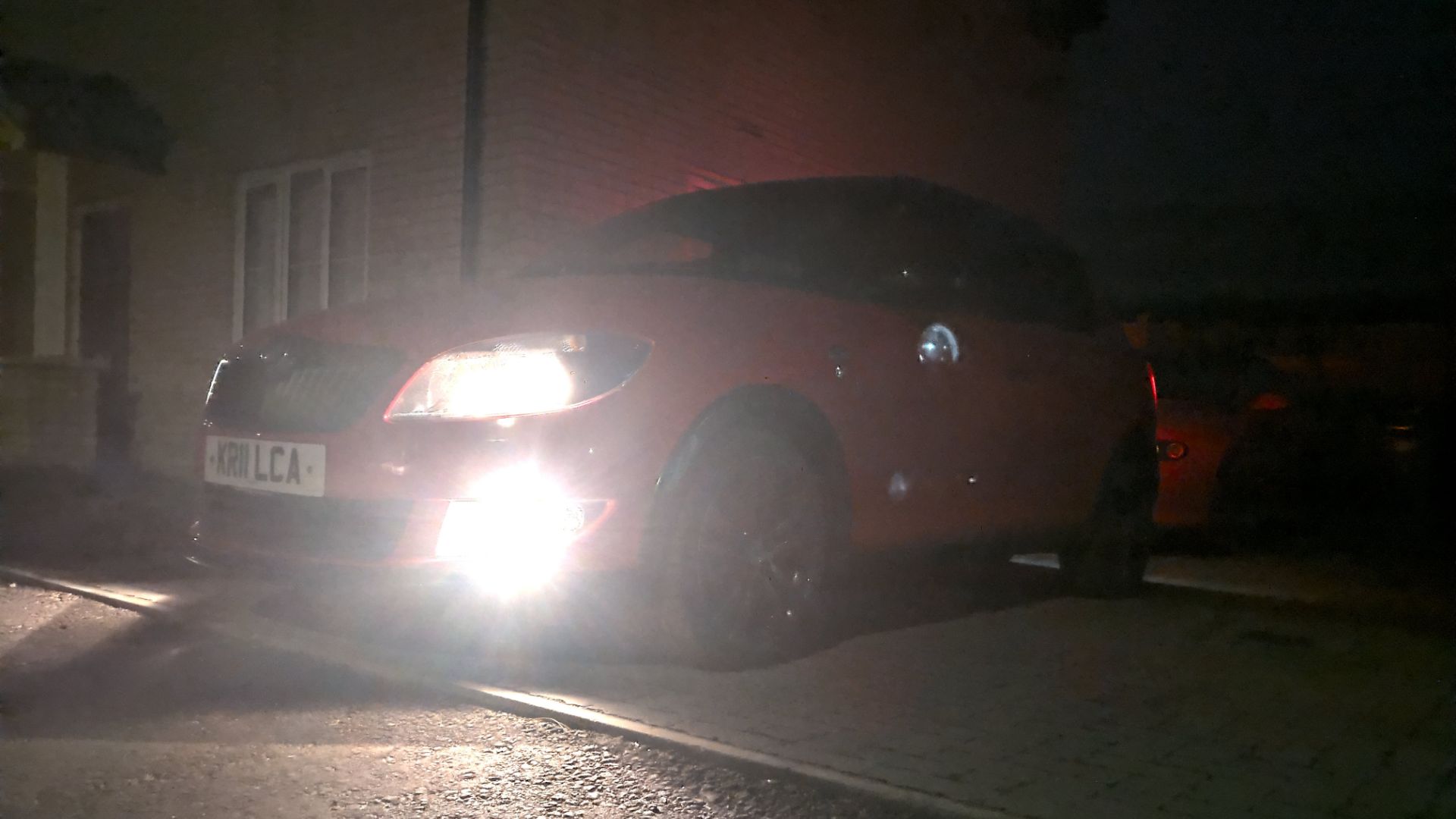 If the car is lost in the haze, with only glimmers of light to be seen, then it’s time to switch your fog lights on.

This is especially important on the motorway, given how fast you and the cars around you are travelling. Truthfully, if conditions are that bad, we’d hope speeds will be well below the 70mph limit.

As soon as conditions clear, it’s important to switch your fog lights off.

What if I leave my fog lights on?

Fog lights have a very specific purpose. Use of them when they’re not needed can dazzle other drivers, and even obscure other lights on your car. You don’t want your brake lights to be rendered invisible because your rear fogs are outshining them.

It’s a legal issue, too. If the police see you driving with your fog lights unnecessarily, a £50 on-the-spot fine could be issued.

How do I turn my fog lights on? 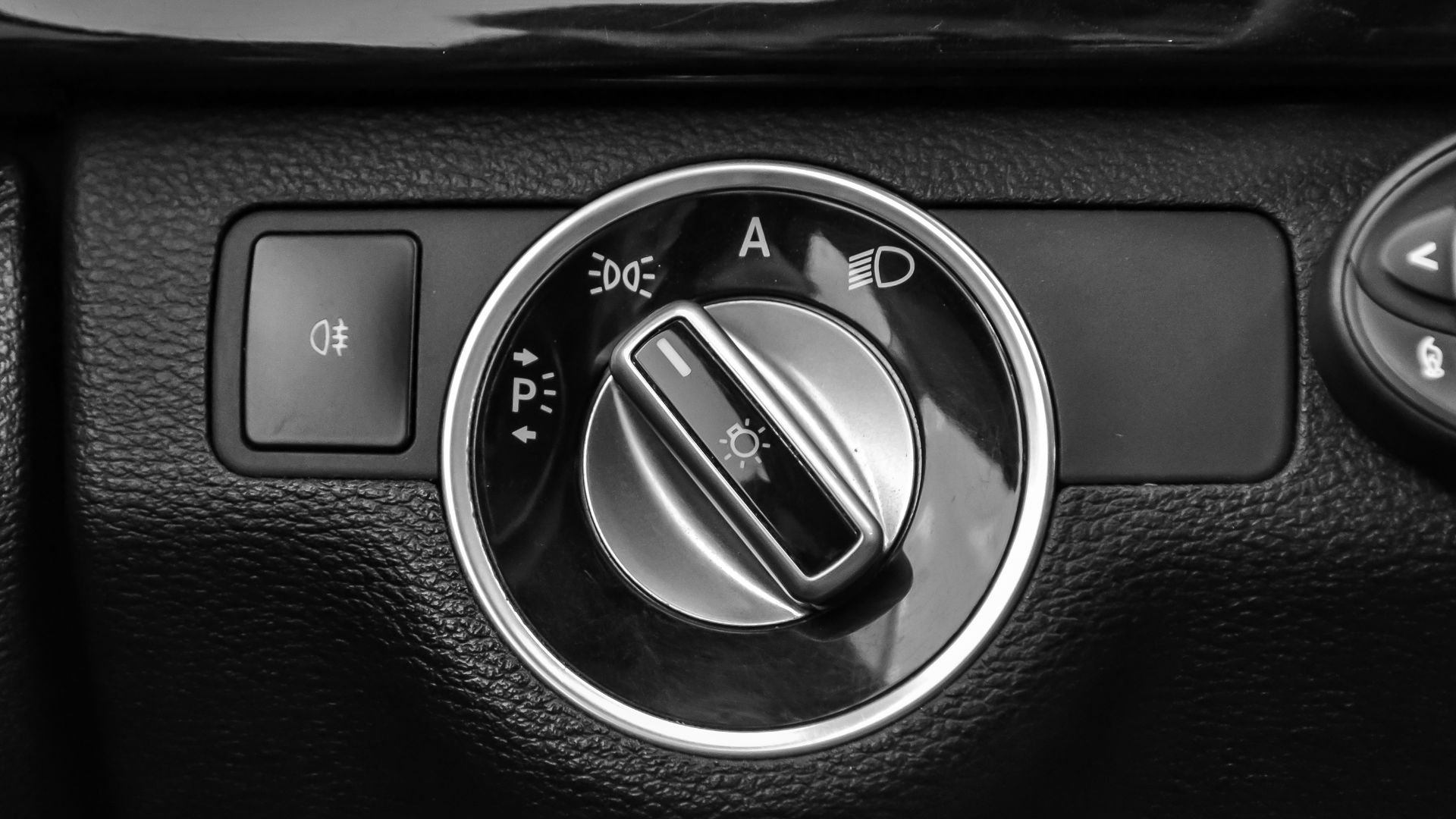 By law, all cars built since 1986 must have at least one rear fog light. This will be operated using a switch with a symbol similar to those above.

Front fog lights aren’t a legal requirement, but many cars have them fitted as standard. In most cars, they can be switched on using the same stalk as the headlights, or by a button on the dashboard.

When on, you’ll see a warning symbol on your dash that looks like the above picture.

The one on the left indicates the car’s front fog lights are on, while the one on the right is informing you the rear fogs are lit.

Any other tips for driving in fog? 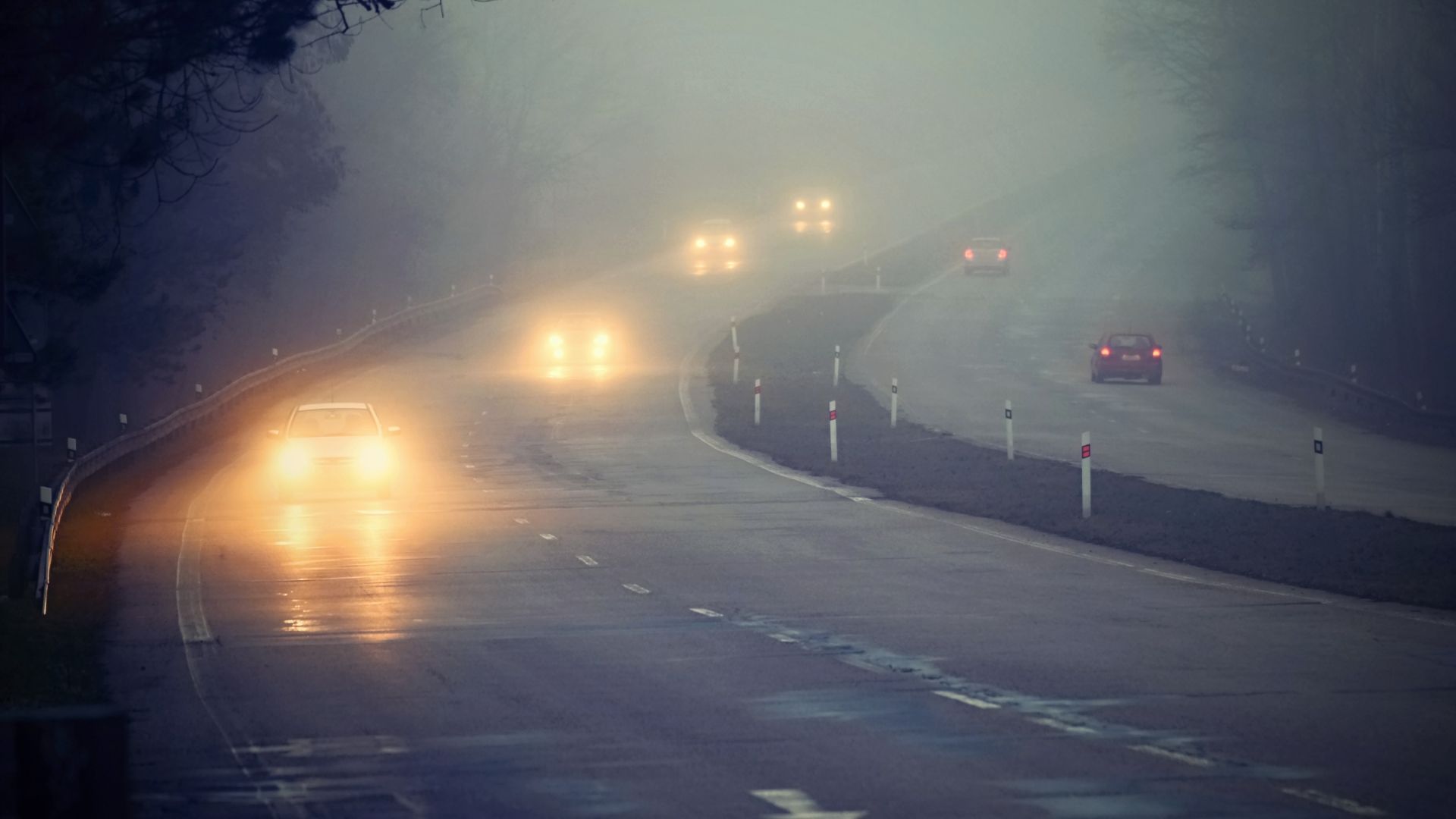 First of all, it’s usually beneficial not to use your main beam. While it might be tempting to flick it on to give a better view, in thick fog it’ll reflect and reduce visibility even more.

Drive slowly, and leave a bigger gap to other vehicles in case they have to stop suddenly.

When you’re stopped, for example at traffic lights, keep your foot on the brake pedal so your brake lights are lit up, making you more visible to other traffic. When a car stops behind you, use your handbrake and remove your foot from the brake pedal to avoid dazzling the driver.