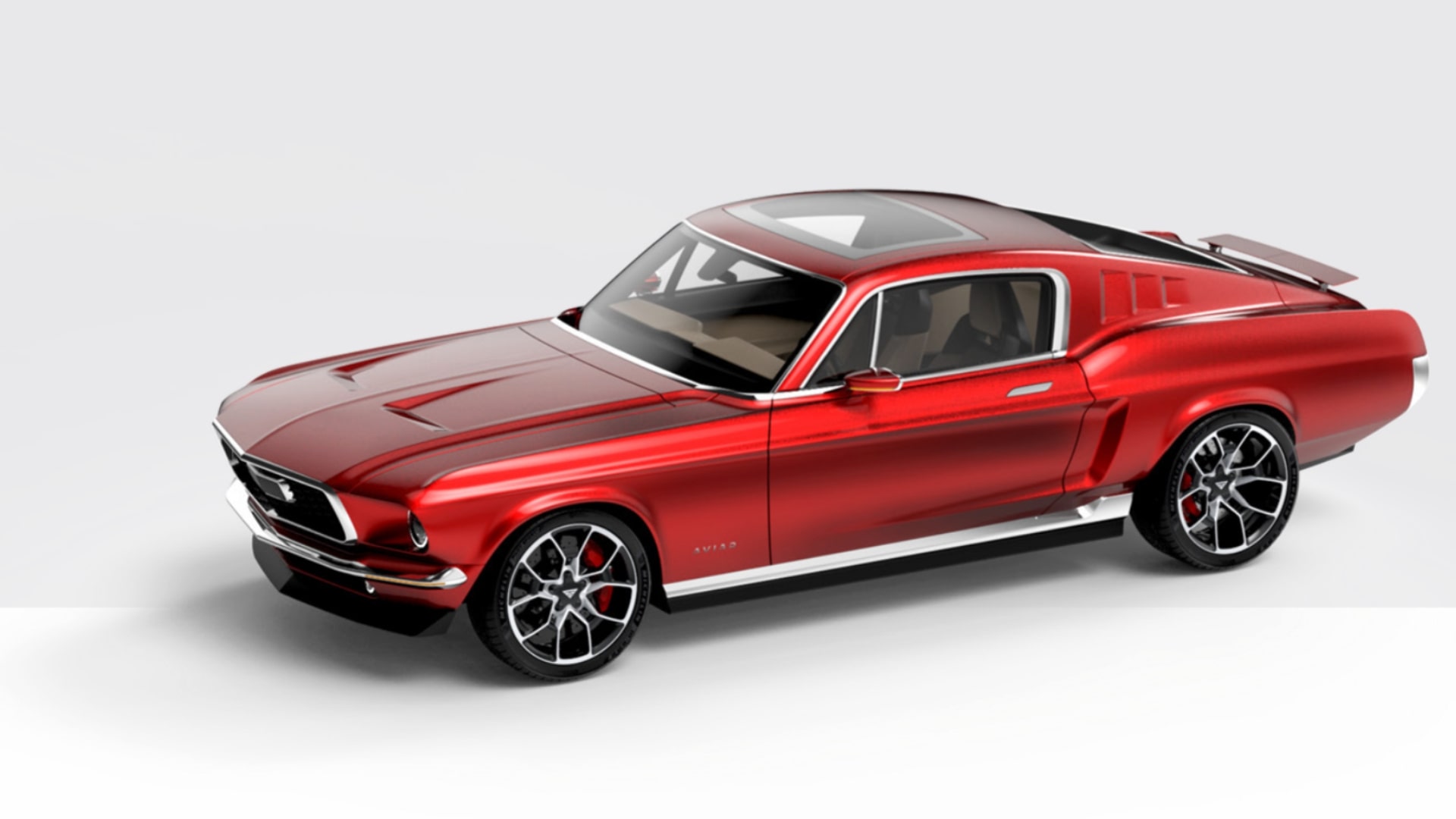 Where do we begin? It has two electric motors, one per axle, connected to a 100kwh battery – all very similar to those used in P100 Teslas.

That makes it 4WD and means this ultimate ‘restomod’ for the zero-emissions age will hit 62mph in 2.2 seconds and top out at 155mph. On top of that, it’ll travel 315 miles on a single charge. We don’t think even an original Shelby GT500 will manage that on a tank of fuel. 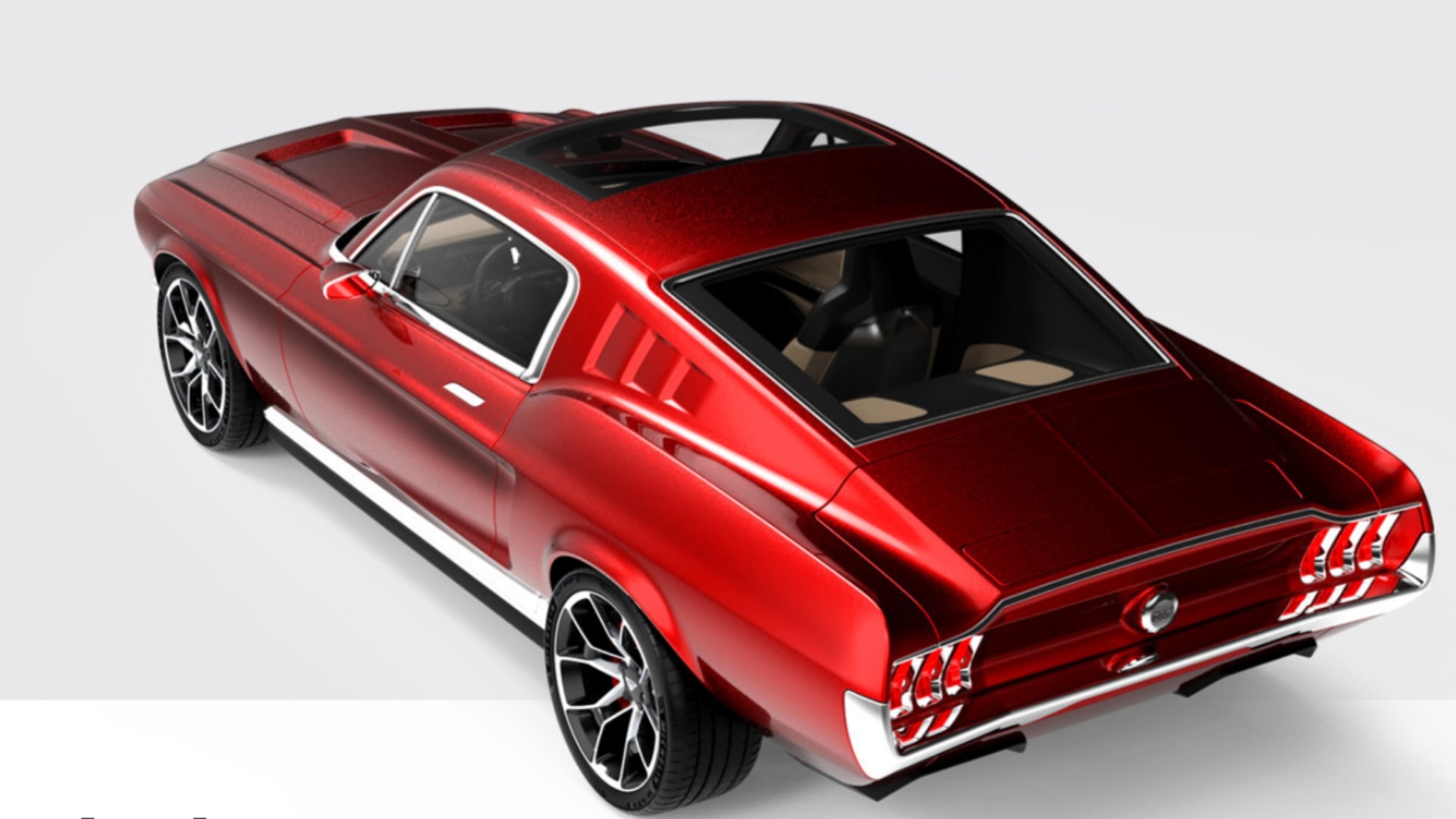 The car, yet to be built, will use an alloy chassis with carbon fibre bodywork to keep weight low – around one tonne, impressively. If you’re worried about an old legend getting sullied by electric power, don’t worry. These are all-new rather than based on an existing car.

The exterior is highly faithful to the original pony car’s design. There are, however, telltale signs that this is no traditional ‘60s muscle hero. An active rear spoiler is perfectly flush with the style of the original bodywork. Spot the Tesla door handles, too. 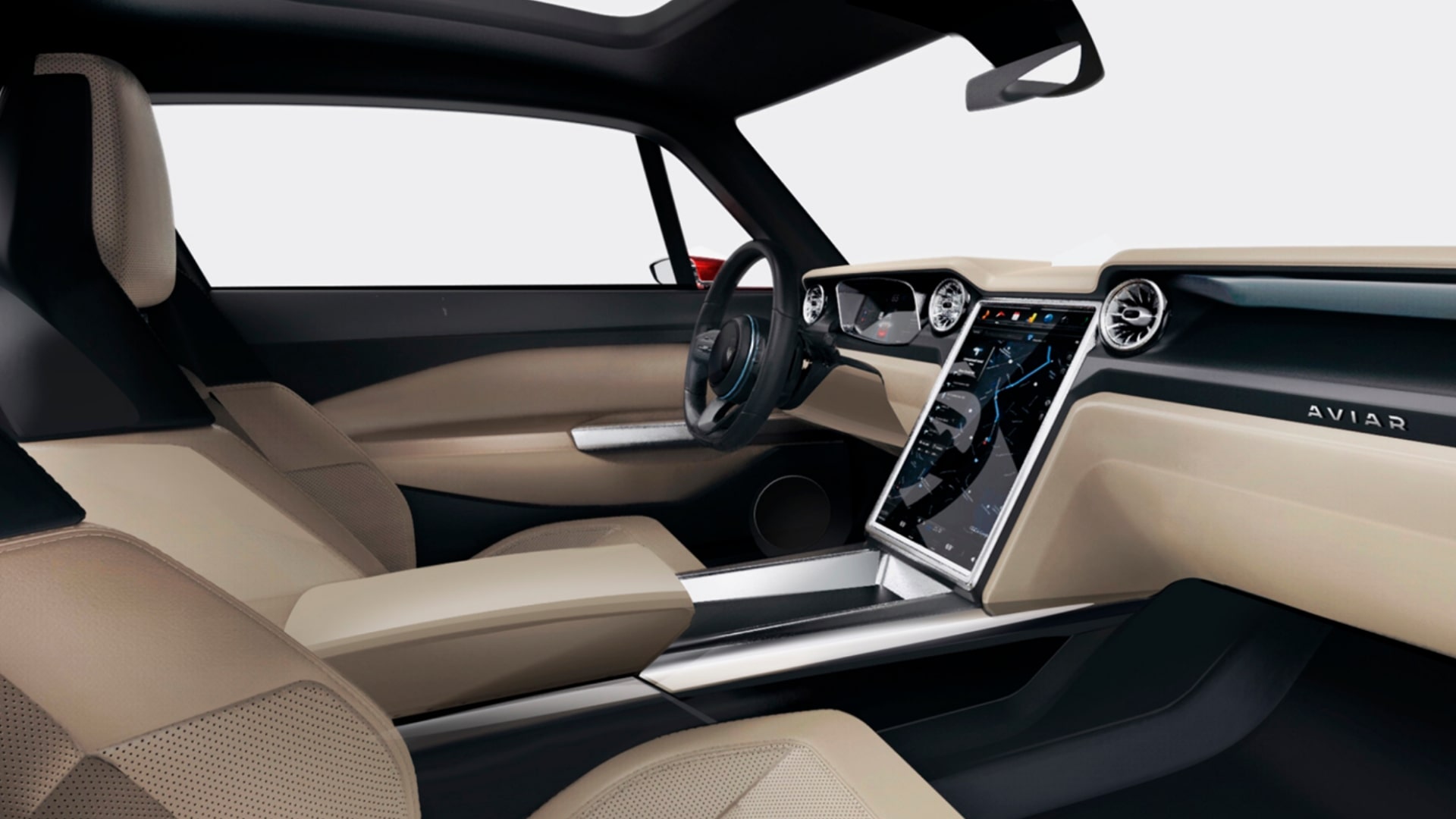 Where you definitely suspect something’s up is on the inside. Gone is the traditional 1960s style, with a 17-inch screen adorning the centre console. There is a whiff of the original style with the double-hump dash, though, along with the circular vents.

It comes with a lot more toys than a classic Mustang. Or, for that matter, any Mustang ever built. Expect a version of Tesla Autopilot, cameras, parking sensors, traction and stability control, climate control and voice control in the cabin. It’ll even get Bluetooth and wi-fi. 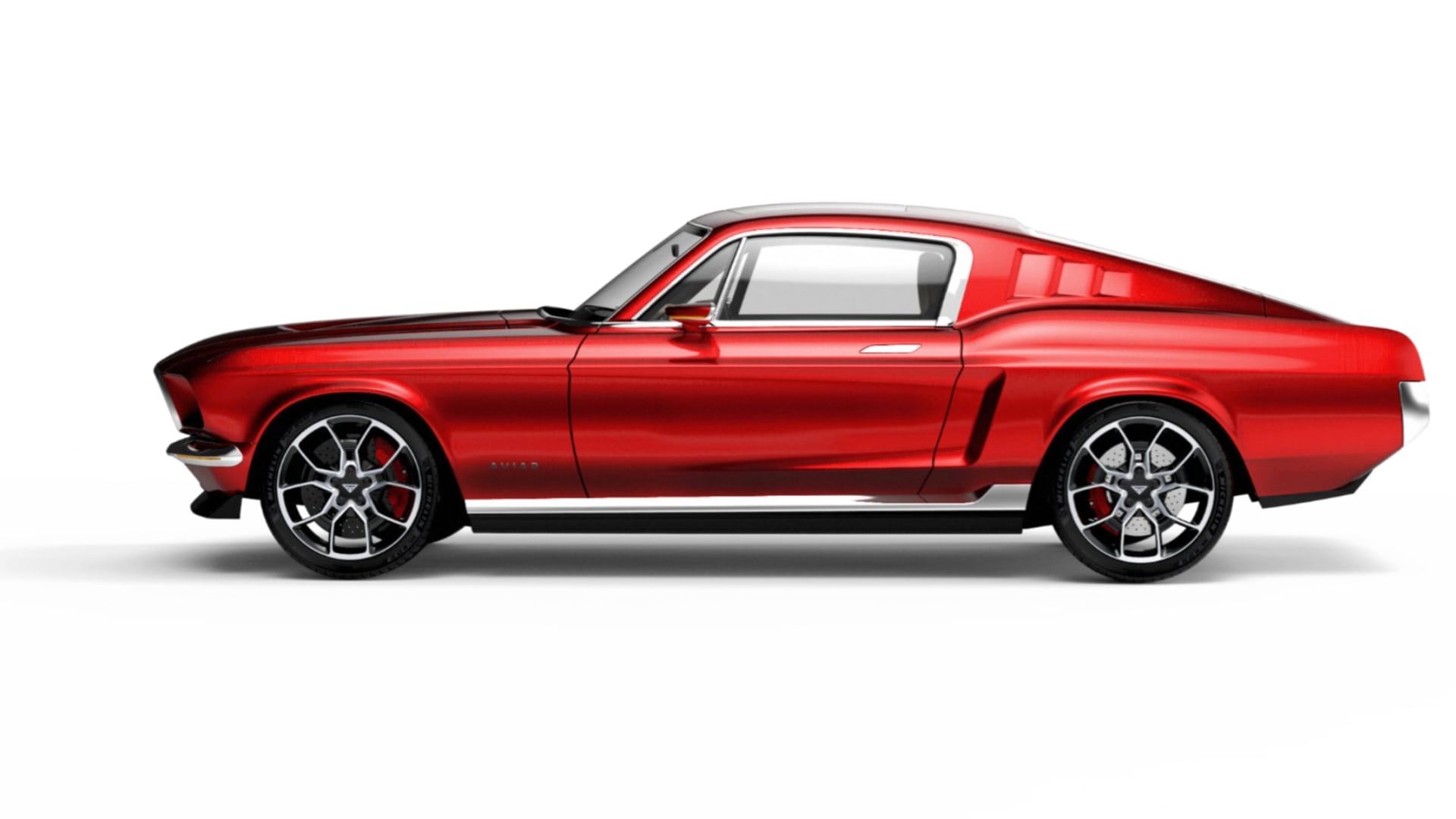 But what about V8 noise? Apparently, it’ll play a GT500 V8 rumble for passers-by, just so they know where it is.

As for when you can buy one – all you can do is enquire at the moment. Aviar says there’s a six-month build time and that price will be on request. Here’s hoping it actually happens.