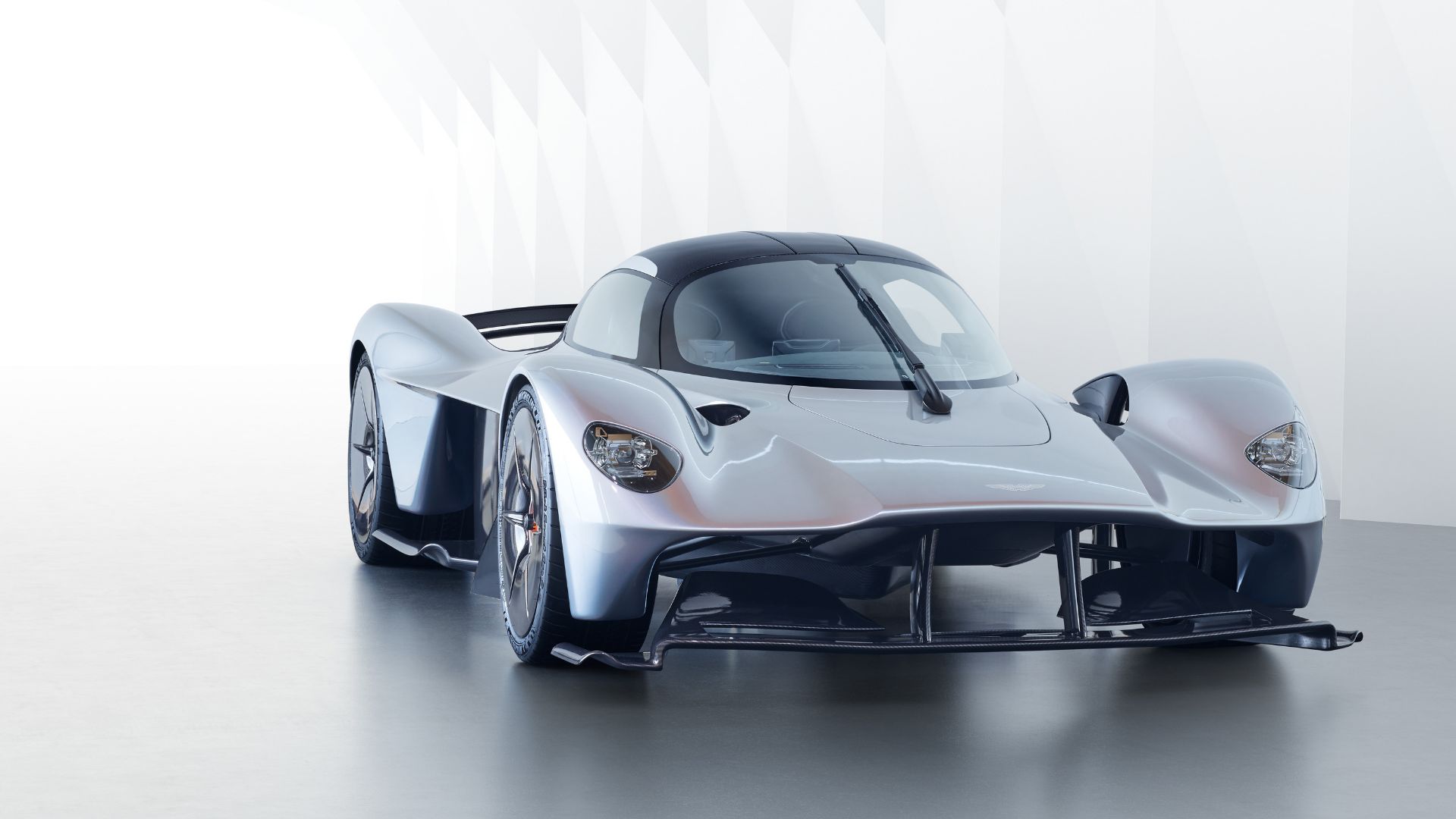 Aston Martin has revealed the specification of the 6.5-litre naturally-aspirated V12 that, along with electrical augmentation, will power its Valkyrie hypercar. Needless to say, just about every number in this Cosworth-developed masterpiece is mind-blowing.

That four-figure output is available at a staggeringly heady 10,500rpm, while torque comes on full-strength at 7,000rpm. Long after a LaFerrari’s V12 has hit the limiter at 9,250rpm, a Valkyrie is barely into its stride… 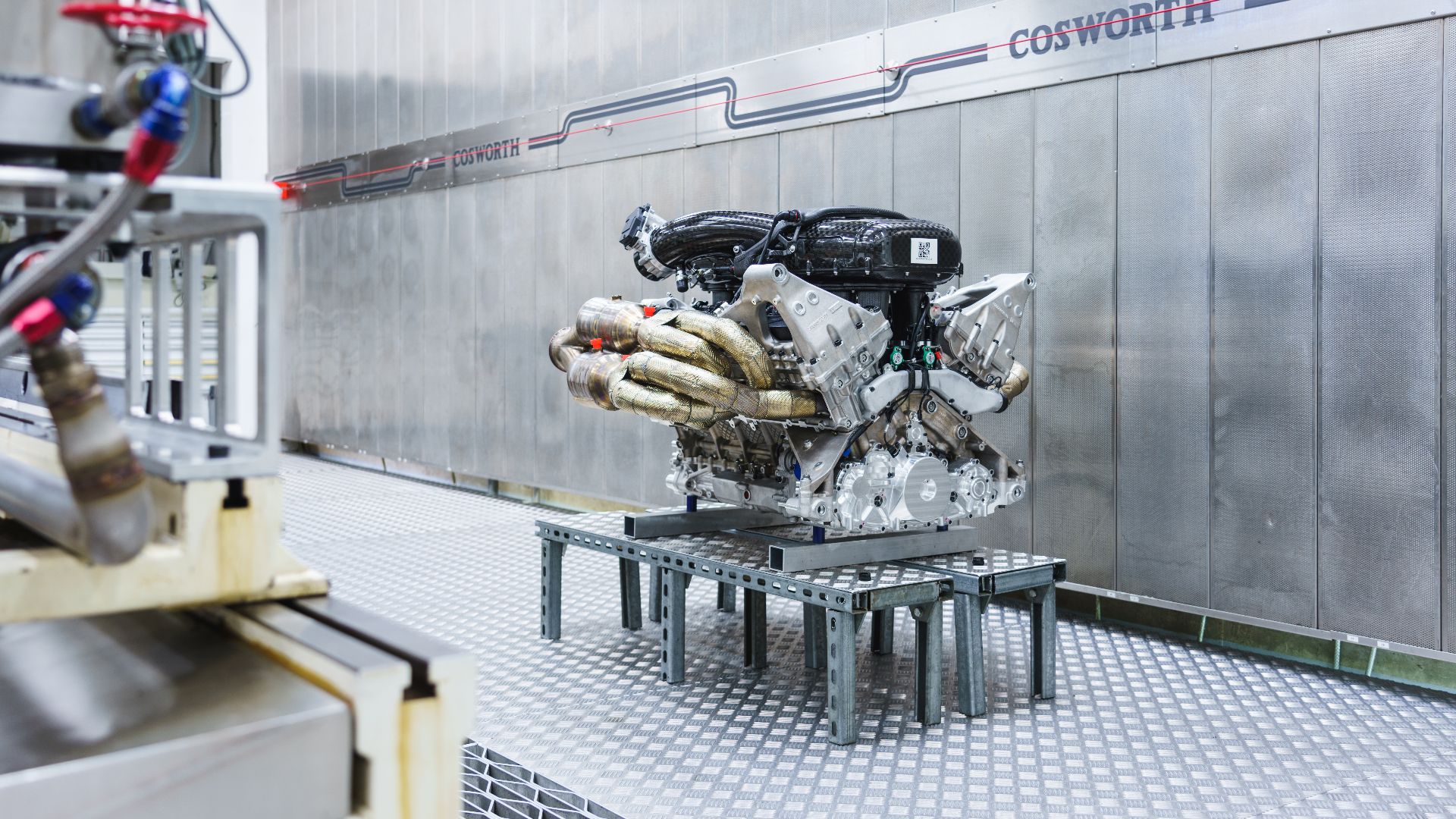 That power band is characteristic of highly-strung supercar engines in general. However, it’s also made possible by the fact the engine will be running in tandem with torque-rich electric motors. There’s no word yet on how much power the combination will produce, although one of the original targets was one horsepower for every kilogram of weight.

The car’s redline is an F1-rivalling 11,100rpm. Admittedly, that’s not quite the heady heights of the 18,000rpm screamers of the mid-2000s, but it’s certainly enough to rival the Mercedes-AMG Project One V6 – and indeed the F1 engine on which that unit is based. 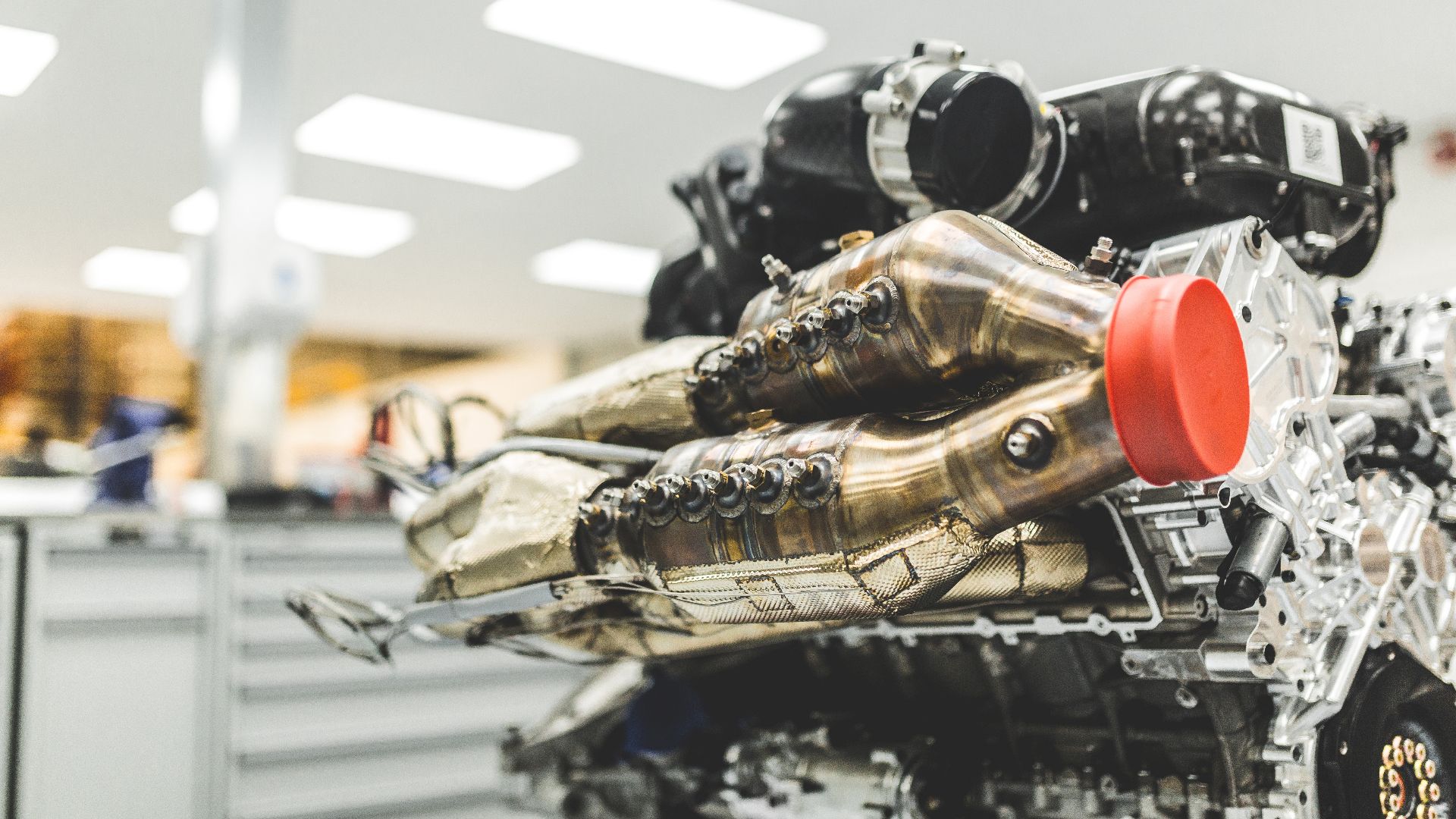 Remember, this is an emissions-compliant, road-legal car. It needs to be just as at home on Park Lane as it is screaming up the hill at Eau Rouge at Spa.

As for weight – a big sticking point for Adrian Newey and the Red Bull team involved in the design of the Valkyrie – the 6.5-litre 12-cylinder is just 6kg over target, at 206kg.

For reference, the Mercedes-AMG motor that used to power the Pagani Zonda weighed somewhere in the region of 250-290kg. 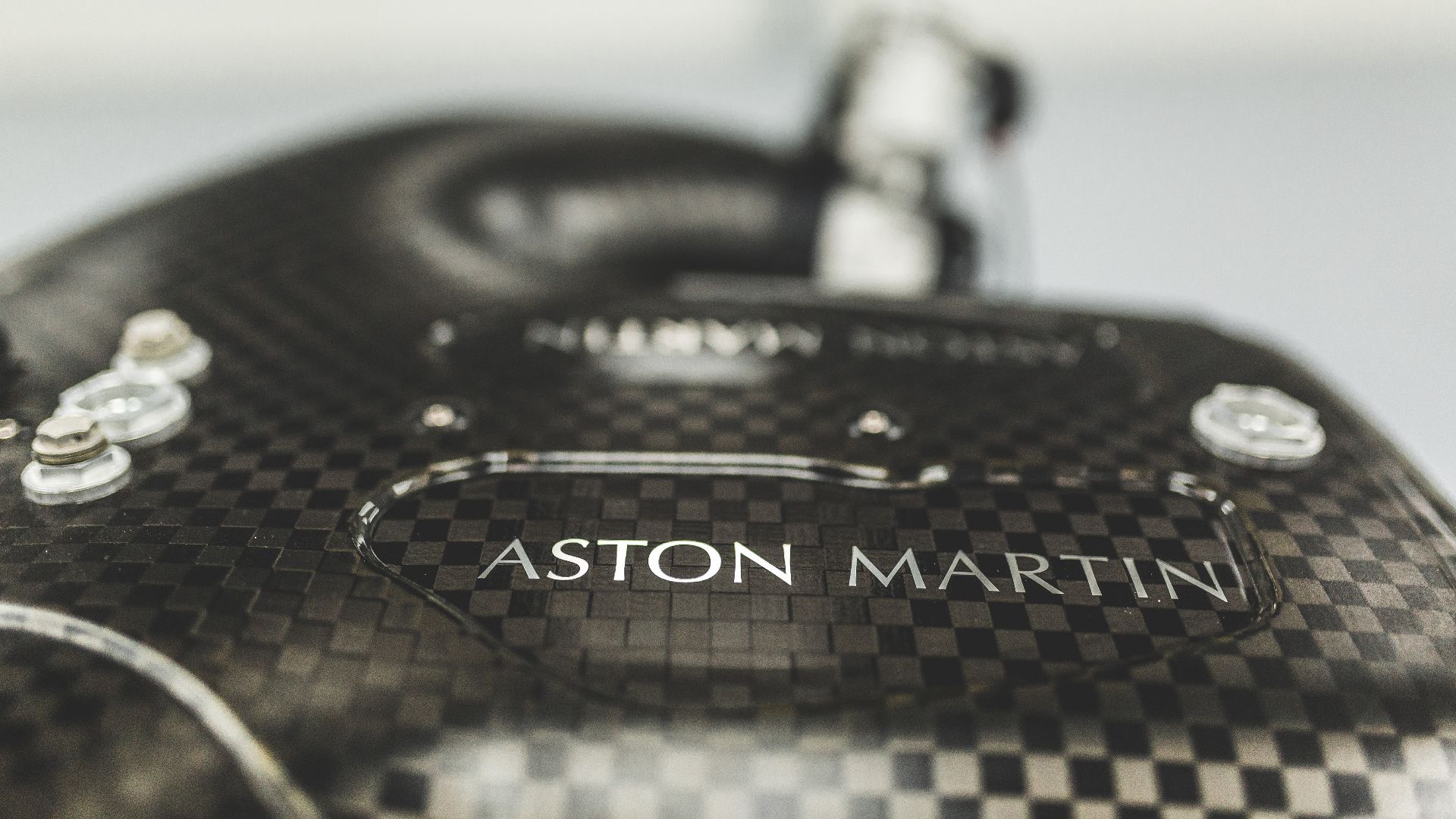 Given the speeds at which it will be revving, and the power it’s touted to produce, money is almost of no object when it comes to materials and construction methods. The cams, for example, are on a gear drive rather than a chain. Everywhere you look, there’s race engineering and technology.

Aside from the block, heads, sump and cam covers, everything internal is machined from solid material, rather than being cast. This means parts can be optimised for maximum strength, minimum weight and the finest tolerances.

The billet machined crankshaft is 50 percent lighter than the Cosworth-engineered crankshaft used in Aston’s One-77 hypercar. That car also held the title for world’s most powerful naturally-aspirated road car engine. The Valkyrie is surely in line for that accolade now. 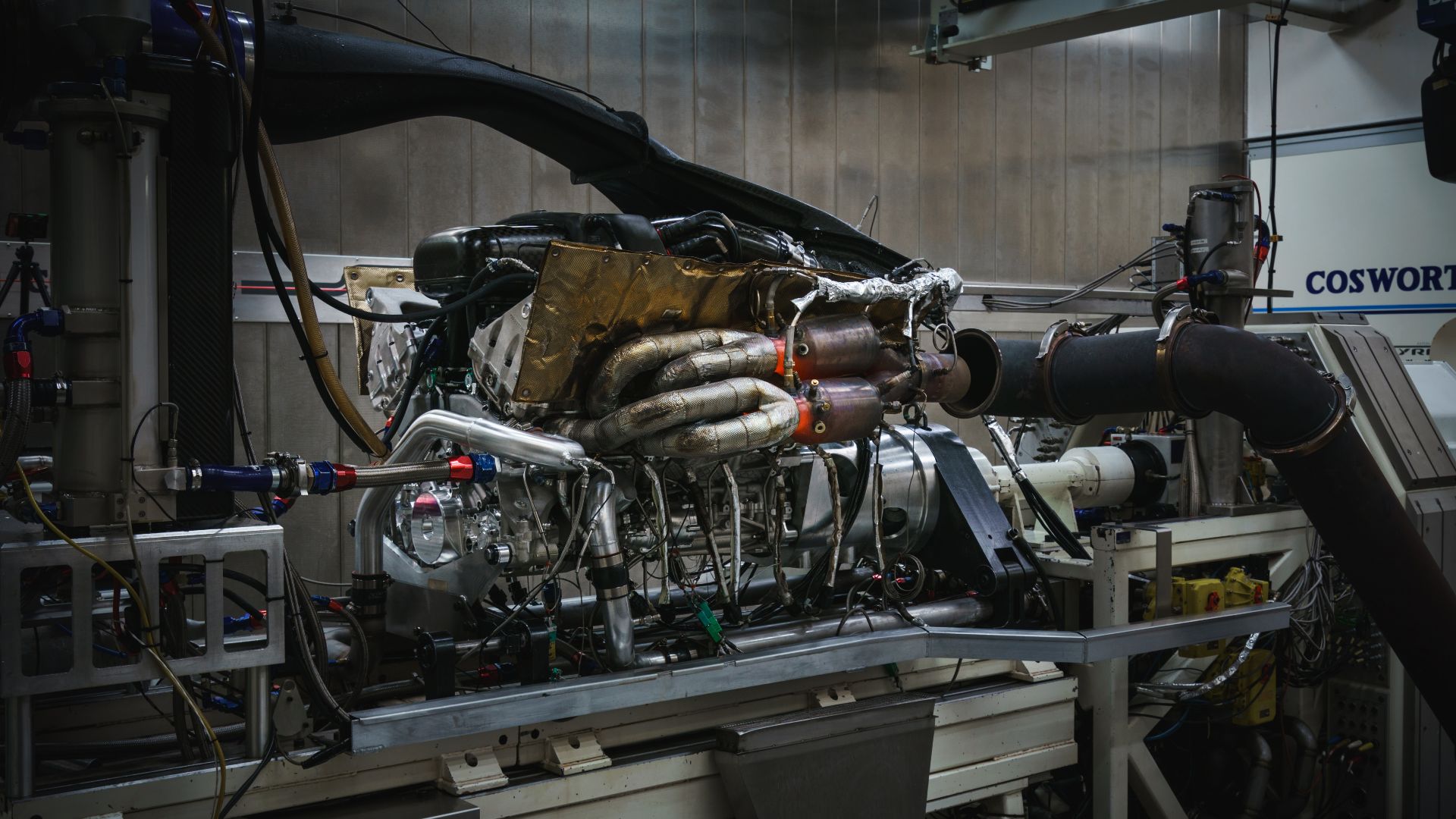 Appropriately for a Cosworth-developed engine, it is a fully stressed member of the car’s construction. That means if you take the engine out, there’s nothing joining the front wheels to the rears. The suspension is mounted to the gearbox and the bulk of the car ahead of the engine joins at mounting points on the cam covers.

Cosworth and Lotus first trialled the idea of an engine being a stressed member of a car’s construction in F1 in 1966, with the Lotus 49 and its famous DFV 3.0-litre V8 motor. All that incredible aero under the body of the Valkyrie is said to come very close to the lower extremes of the engine. 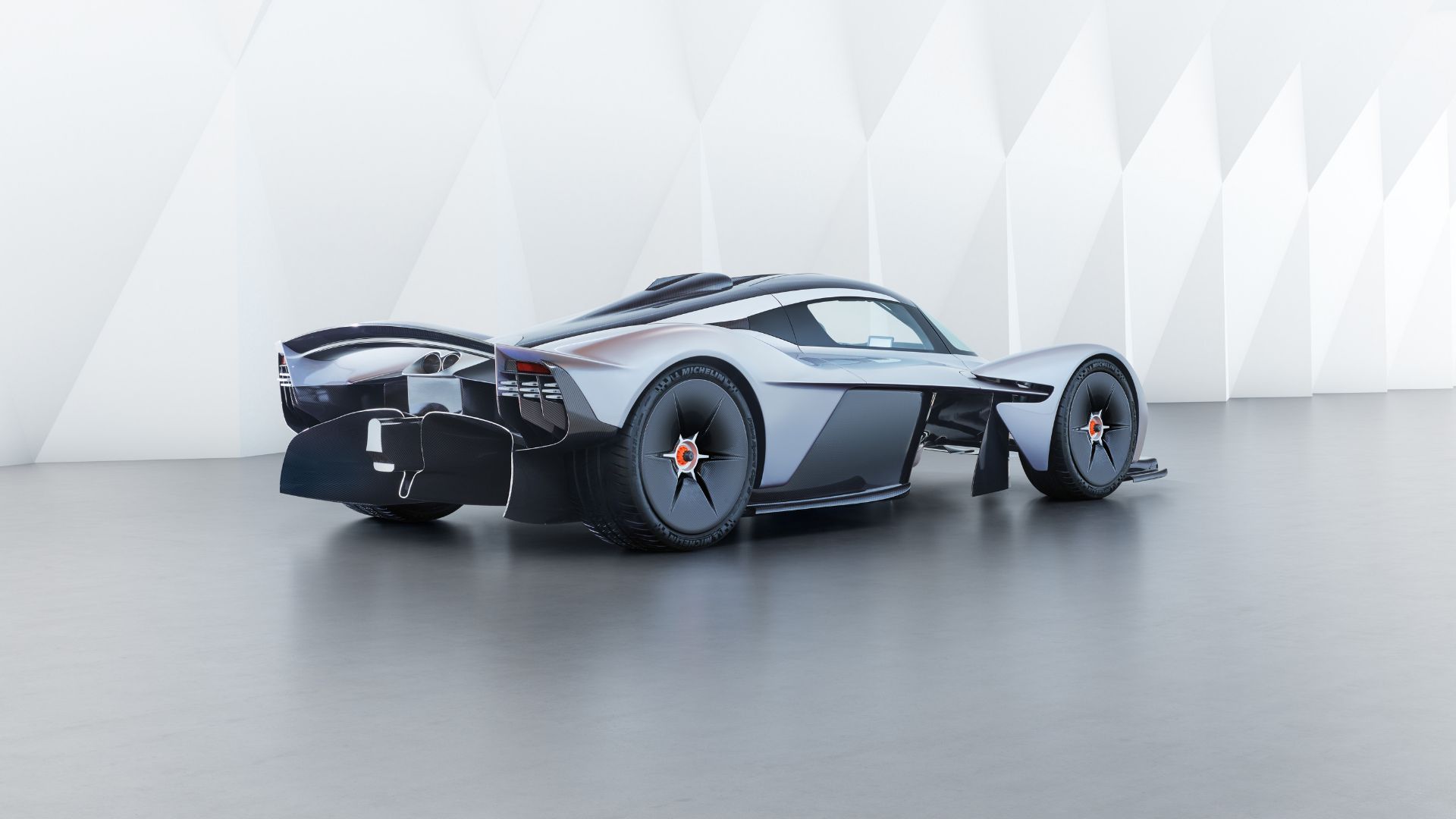 If this is the swansong for the naturally aspirated combustion engine, it’s certainly going out with a bang.

Aston’s press release on the powerplant sums it up best: ‘an internal combustion engine without peer for a hypercar without precedent’. We can’t wait to see the finished Valkyrie in action.