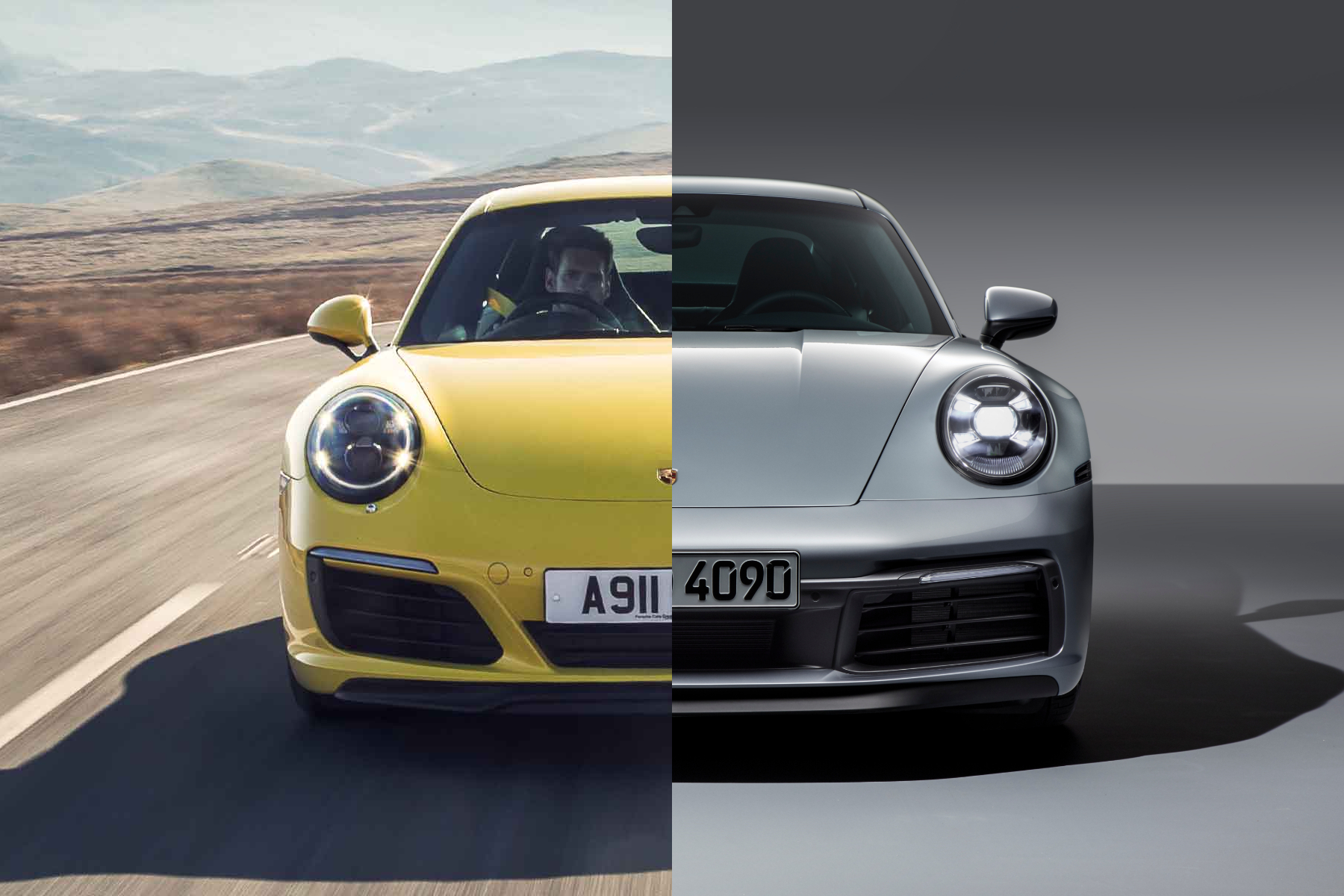 It’s something of a running joke, the styling of the Porsche 911. Not that it’s an unsightly machine – many are rather pretty. But it seldom goes through a massive step-change in terms of design.

The same is the case with the new ‘992’ 911, just revealed at the LA Auto Show. On the surface, it’s a major facelift rather than a total overhaul. Yet we’re in no doubt that some of the most capable engineers in motoring have made the world’s most famous sports car brilliant yet again.

The 911 has, throughout its history, seemingly done things back to front – thus so shall we. It’s without doubt the age of the light bar, with the new 992 sporting a rear light that spans its entire rump.

For the last 20 years, this has been the preserve of Carrera 4 versions of the 911 – not so with the 992. The light itself is more cuboidal in shape compared to the early 991’s more curvaceous effort, too.

On previous generations of the 911, Carrera 4s and GT cars got the wide rear haunches. On the new car, however, it’s big bottoms across the range. The front, incidentally, is also 45mm wider than the outgoing model.

Two large oval items are suspended in the bumper, compared to a later 991’s central sports exhaust. Prototypes have been doing the rounds with this pipe arrangement for some time.

They’re a pleasing addition and give an air of something a bit more exotic, like a full-fat Turbo model. Older 911s had them hanging beneath the bumper. 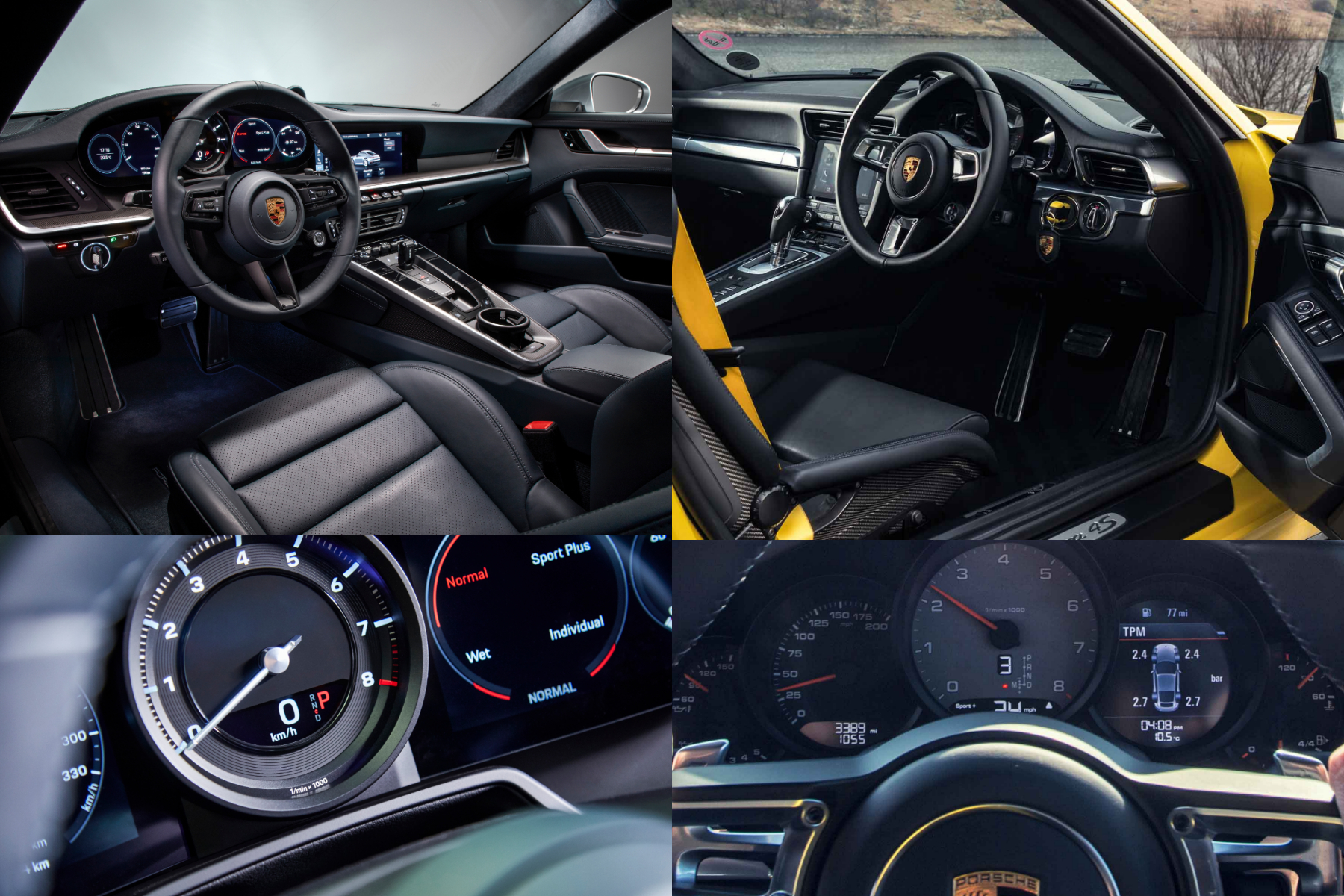 Inside is where you normally find the biggest differences in a new 911, as it’s normally where the outgoing car feels most dated.

The current model is a bit of a button-fest. The new car is more like its siblings, the Panamera and Cayenne. The instrument binnacle is still quintessential 911, albeit with a modern digital twist. 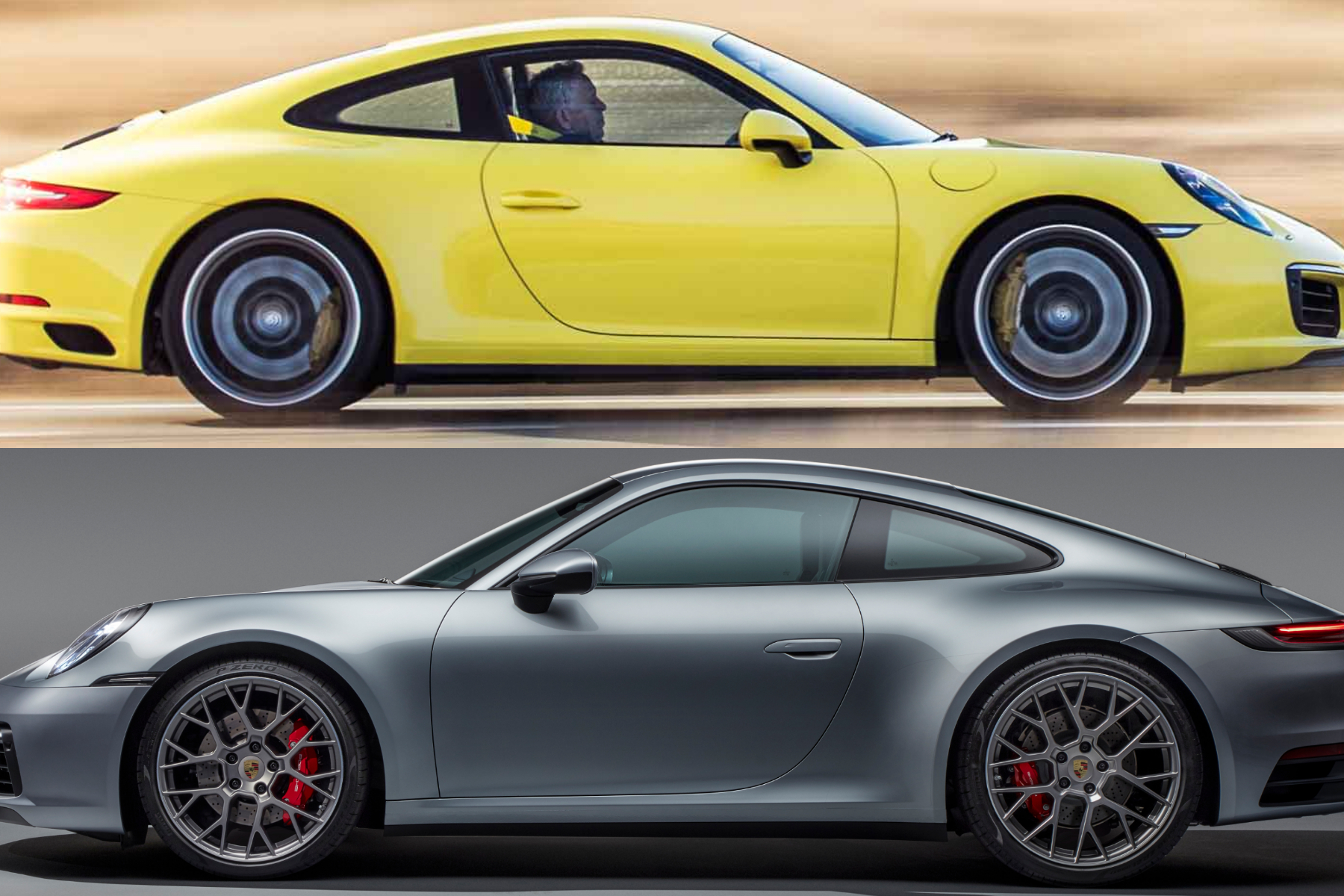 A very specific point to note, we know, but it’s a notable difference nonetheless. The new car adopts a more recessed and therefore aerodynamically efficient design of door handle.

It has a flap that appears to lift up, rather than an actual handle that you pull outwards. 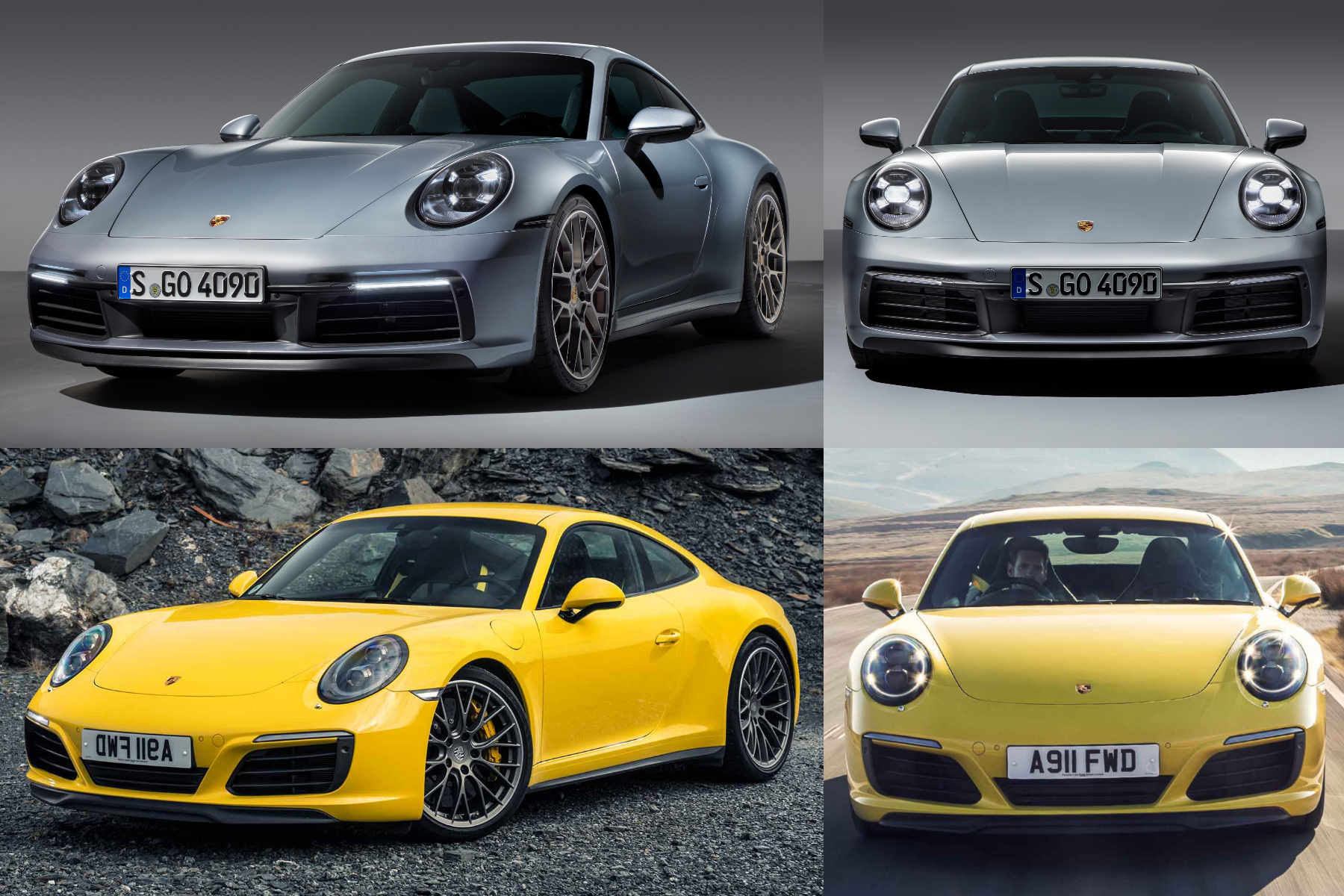 The face of the 911 always seems to undergo change, without really altering the overall look. It’s no different on the new car.

Distinctive vents are out, and a more blended, ventilated face is in, complete with recessed daytime-running LEDs. 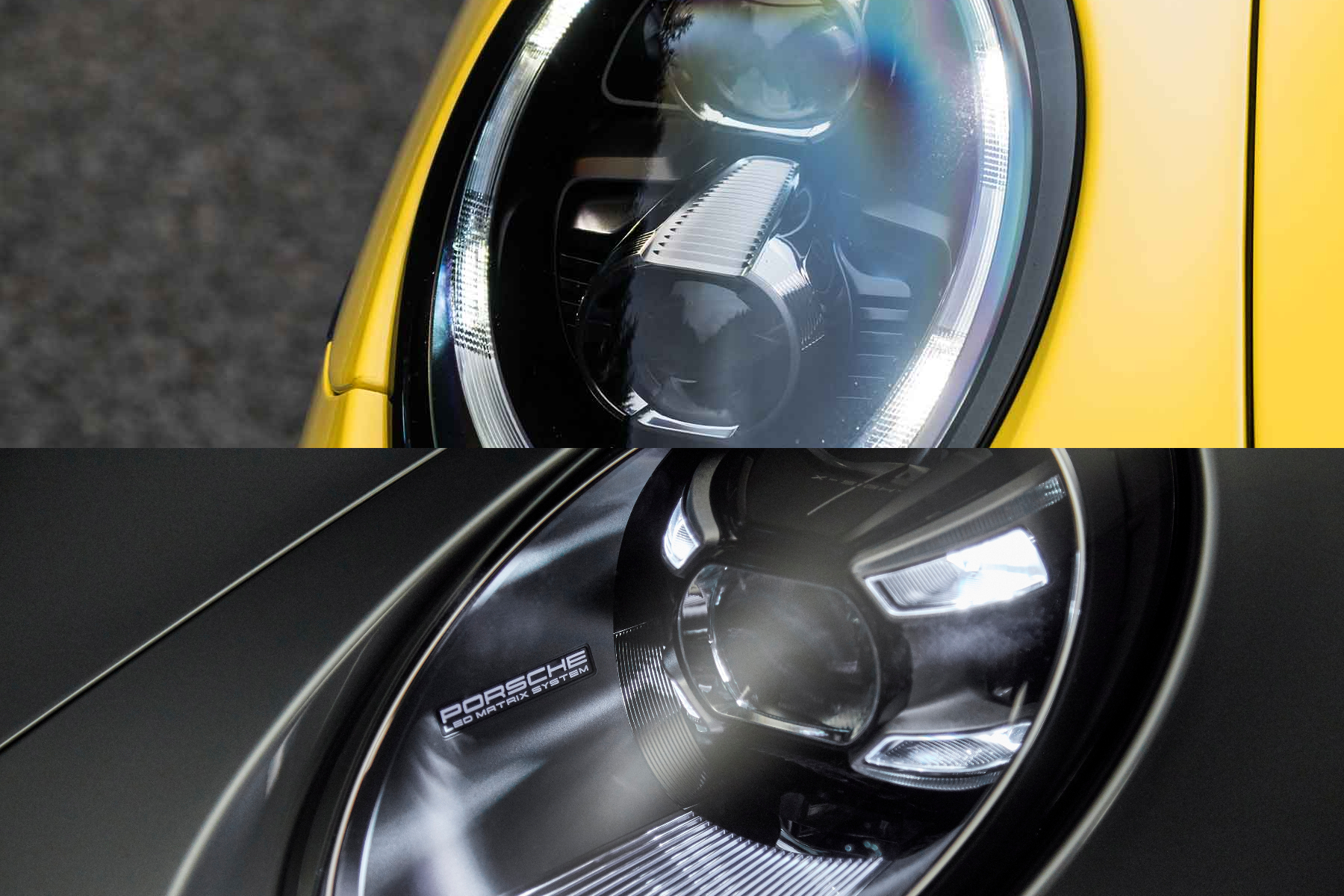 This is one of the most difficult areas to tell 911s apart. They’ve always been round, bar the ‘fried eggs’ of the 996, for more than 50 years. The devil, however, is in the detail.

The 991.2 appeared to have a halo of sorts, in which four LEDs were nestled to make the points of a square. In the new car, they’ve moved inward, forming jewels in the main LED headlight crown.