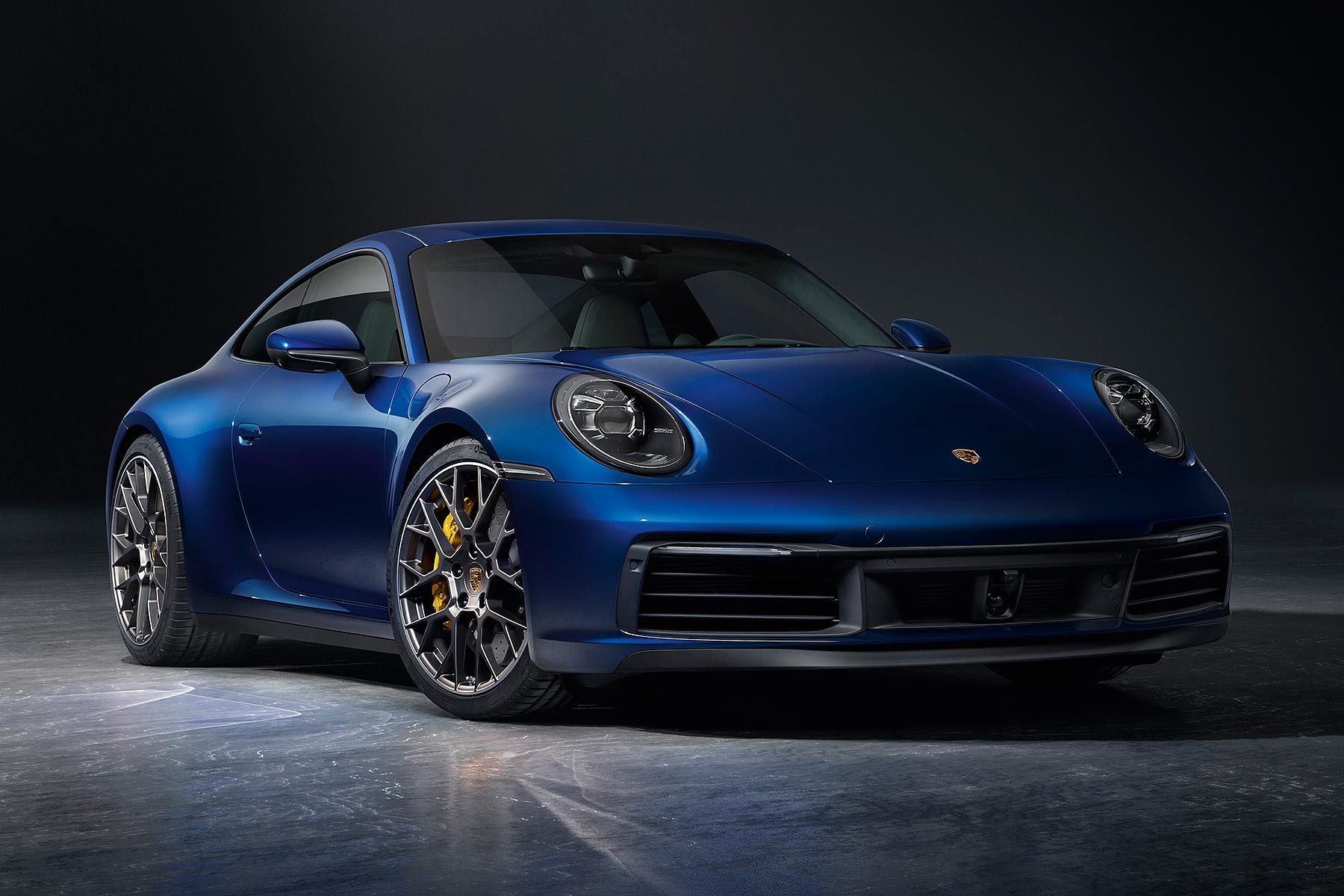 As the last big motor show of the year, the LA Auto Show has an end-of-term feel about it. It’s a chance to recap on the new cars of 2018 and look ahead to the hottest new models of 2019.

Our man is flying to LA to deliver all the latest news and gossip from the floor, but in the meantime, here are the cars you can expect to see when the show opens at the end of the month. 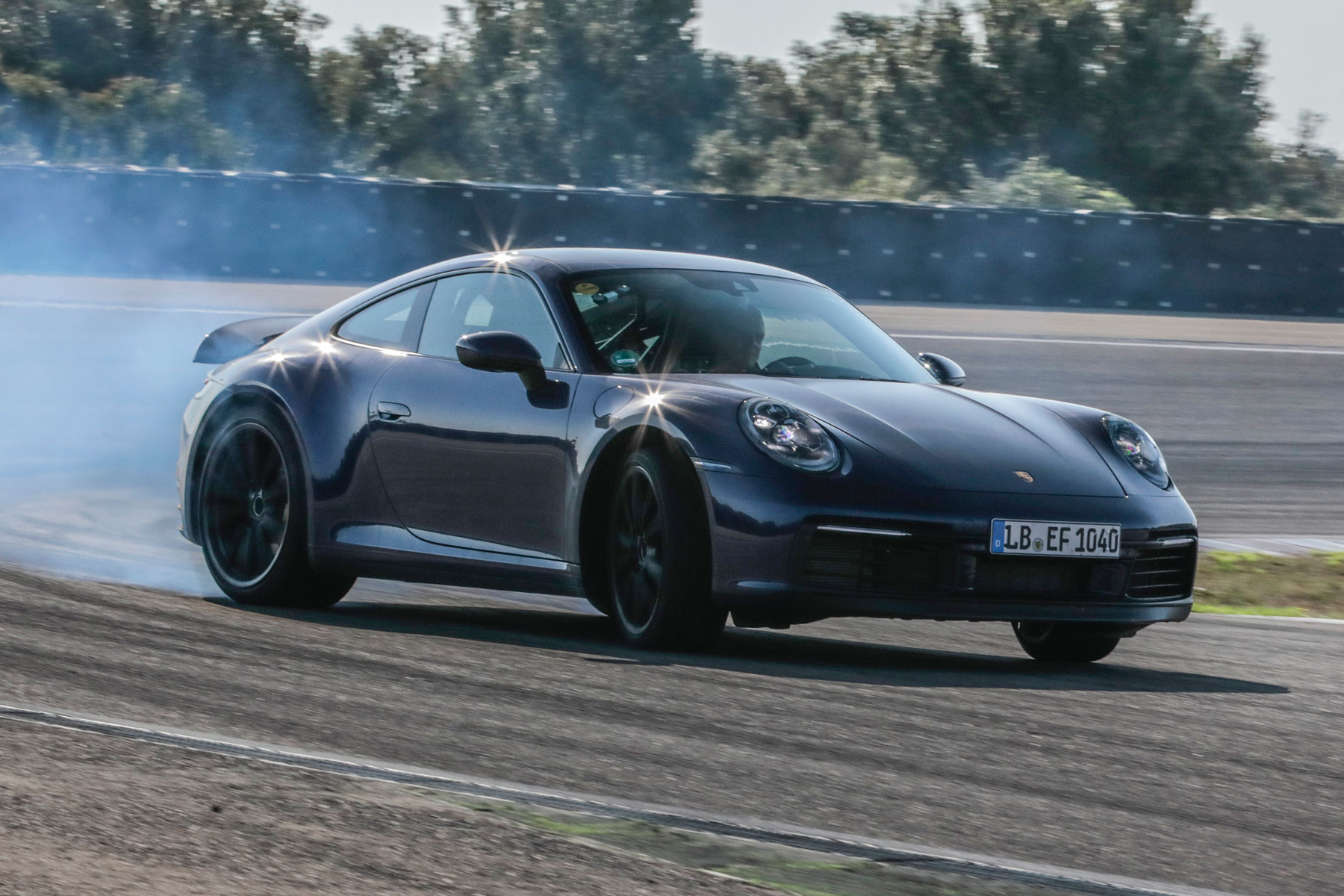 The new Porsche 911 – known as the type 992 – will make its debut in Los Angeles, following a gruelling development schedule that has seen the sports car travel to all corners of the globe. From hot-weather work in the Middle East and Death Valley, to high-speed laps at the Nürburgring and Nardo, the test cars will have completed around 1.8 million miles in total. The 911 heads to LA for a rest.

Check out our comparison of old and new Porsche 911s, too. 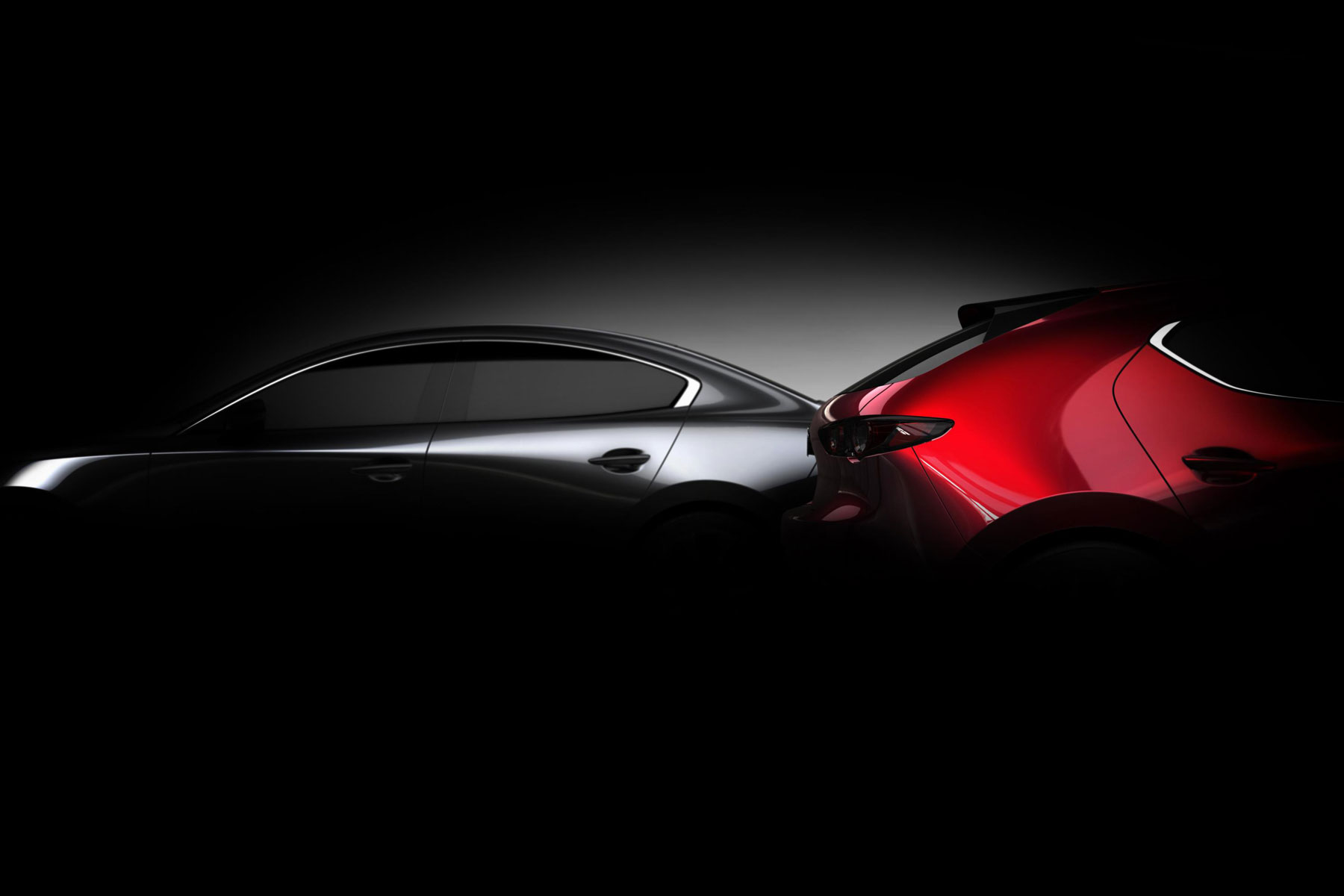 ‘The arrival of all-new Mazda 3 marks the beginning of a whole new generation of Mazda cars that will deliver new dimensions of driving pleasure to customers around the world.’ From some manufacturers, we’d take that quote with a pinch of salt, but when it’s Mazda, we’re less cynical. The Japanese company consistently sets the benchmark for performance and dynamics, so the launch of both five- and four-door versions of the Mazda 3 is kind of a big deal. 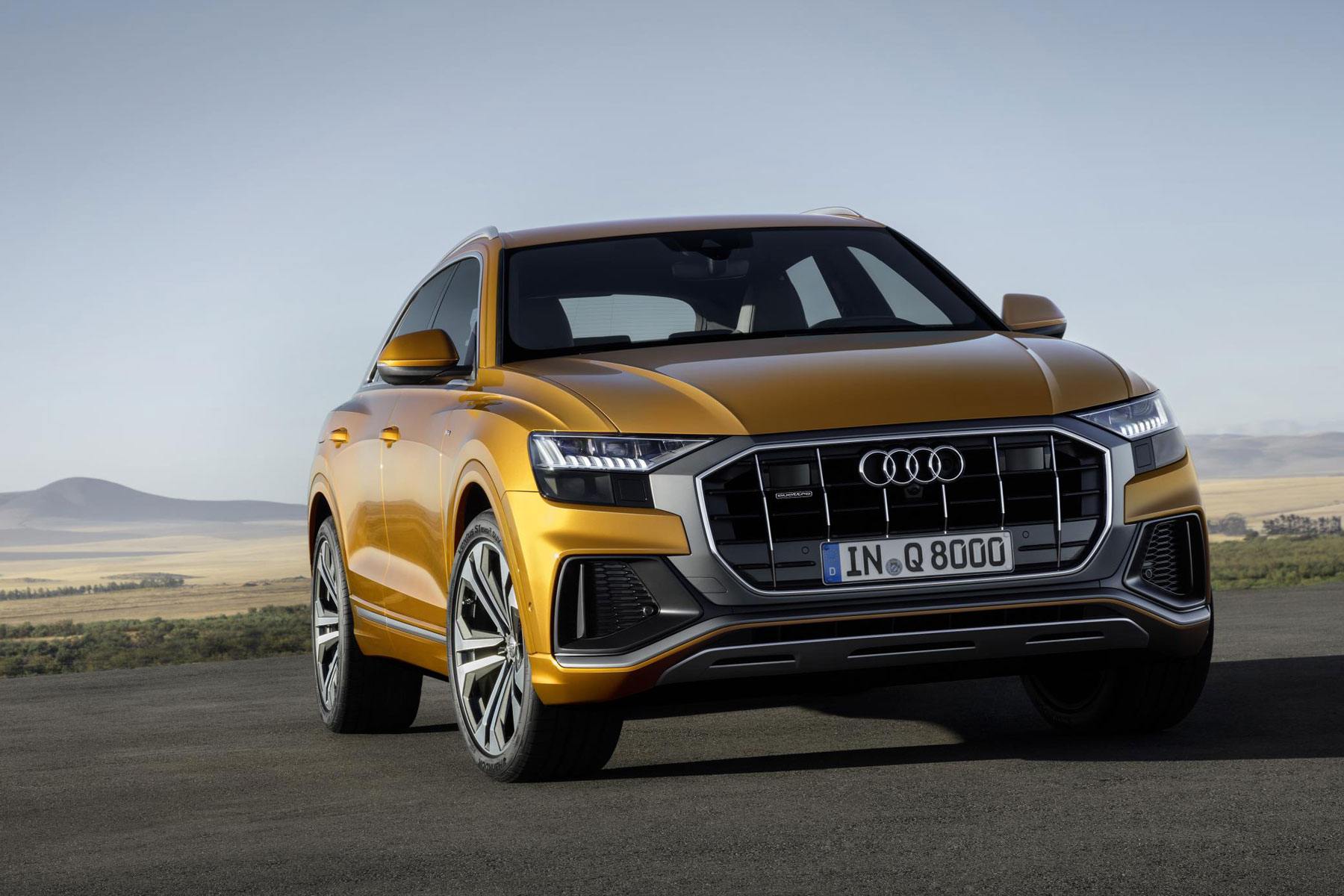 Audi will unveil a performance version of the Q8 SUV (pictured) in LA as it continues to overhaul its entire range of vehicles. We know that the SQ8 will be offered with a diesel engine for Europe, because a TDI-badged test car has been caught at the Nürburgring, and we’re expecting this to be the 429hp 4.0-litre V8 diesel of the SQ7 and Bentley Bentayga. Other options may include a 3.0-litre V8 and, in the future, a V8-engined RS Q8. 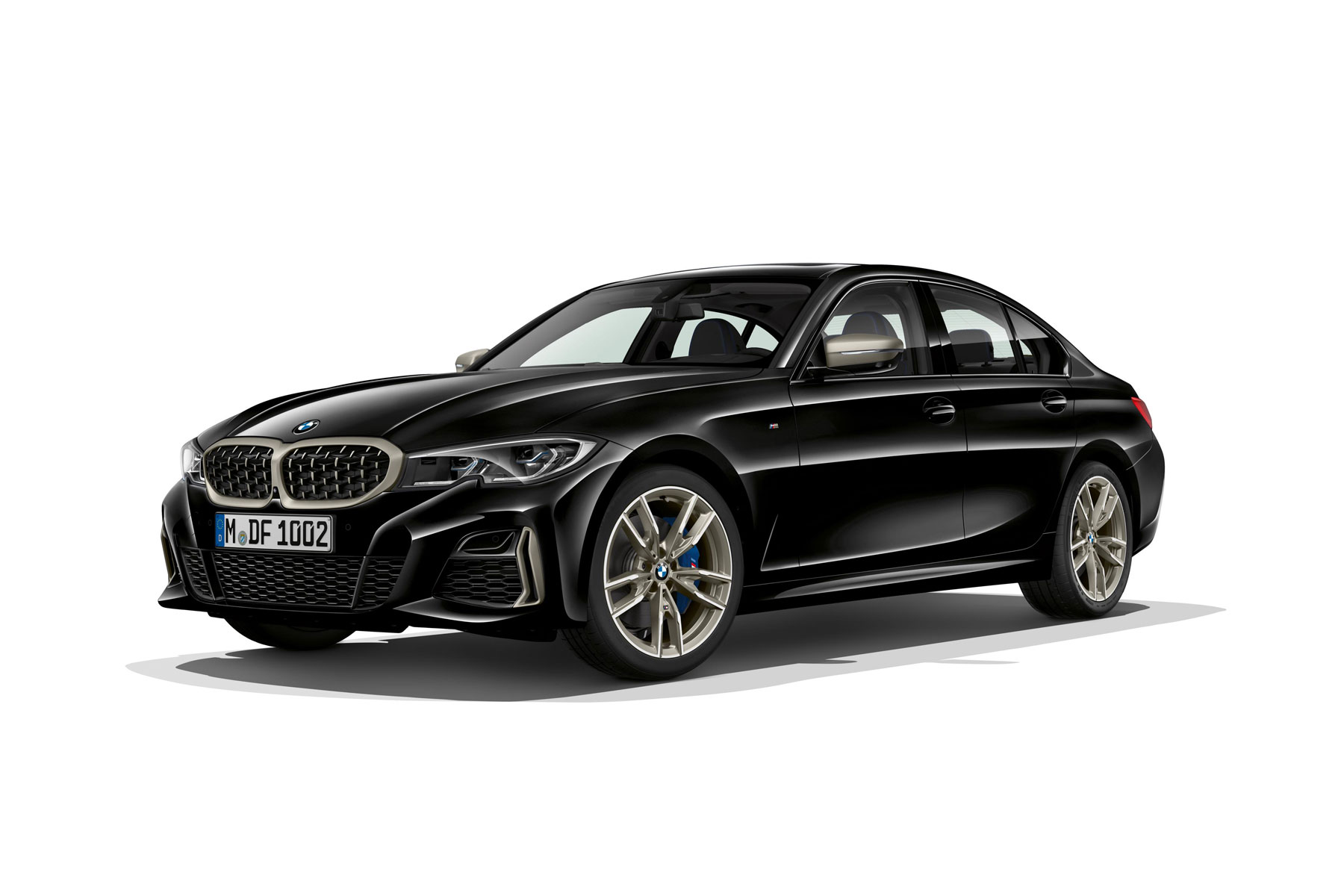 Until the launch of the new BMW M3 in 2020, this is as hot as the new 3 Series gets. The four-wheel-drive M340i xDrive is powered by a twin-turbocharged 3.0-litre straight-six engine developing 374hp, making it more powerful than the original BMW M2. What’s more, it’ll hit 62mph in an M4-baiting 4.4 seconds. It’ll arrive in Europe in July 2019 – get your order in now to avoid disappointment. 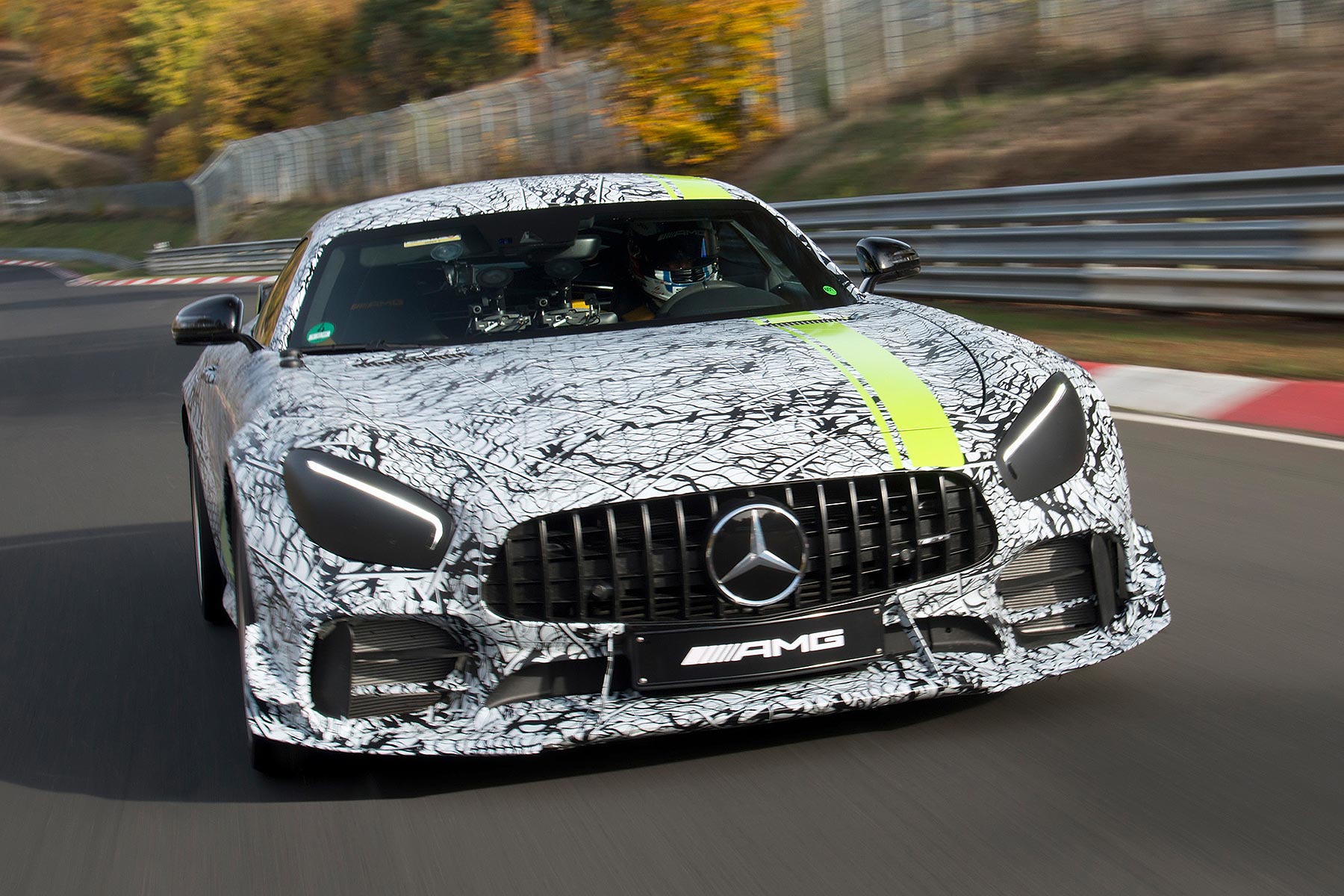 The Mercedes-AMG GT R is a pretty hardcore supercar to us, one with an incredibly loud exhaust. But it’s clearly neither hardcore nor loud enough for Merc’s fast car division. At LA 2018, a new Mercedes-AMG GT R Pro will be revealed, with even more on-track focus, not least because it’s to use bits first developed for the AMG GT3 and GT4 racers. Best pack our earplugs…

The Jeep Scrambler is essentially a Wrangler with a pick-up bed. We don’t know what it will look like yet, but we wouldn’t expect the styling to stray too far from that of the Wrangler (pictured). Truth be told, we’re not 100 percent certain that it will be called the Scrambler, but it’s a name from Jeep’s back-catalogue that sounds more evocative than ‘Wrangler Pick-up’.

It’s the end of an era, with Volkswagen saying goodbye to the Beetle with two runout specials, the Final Edition SE and Final Edition SEL. Two retro-inspired colours will be available – Safari Uni and Stonewashed Blue – and ordering for the farewell Beetle is open in the US, with prices starting from $23,045. Production will end in July, with Volkswagen opting to concentrate on electrification. 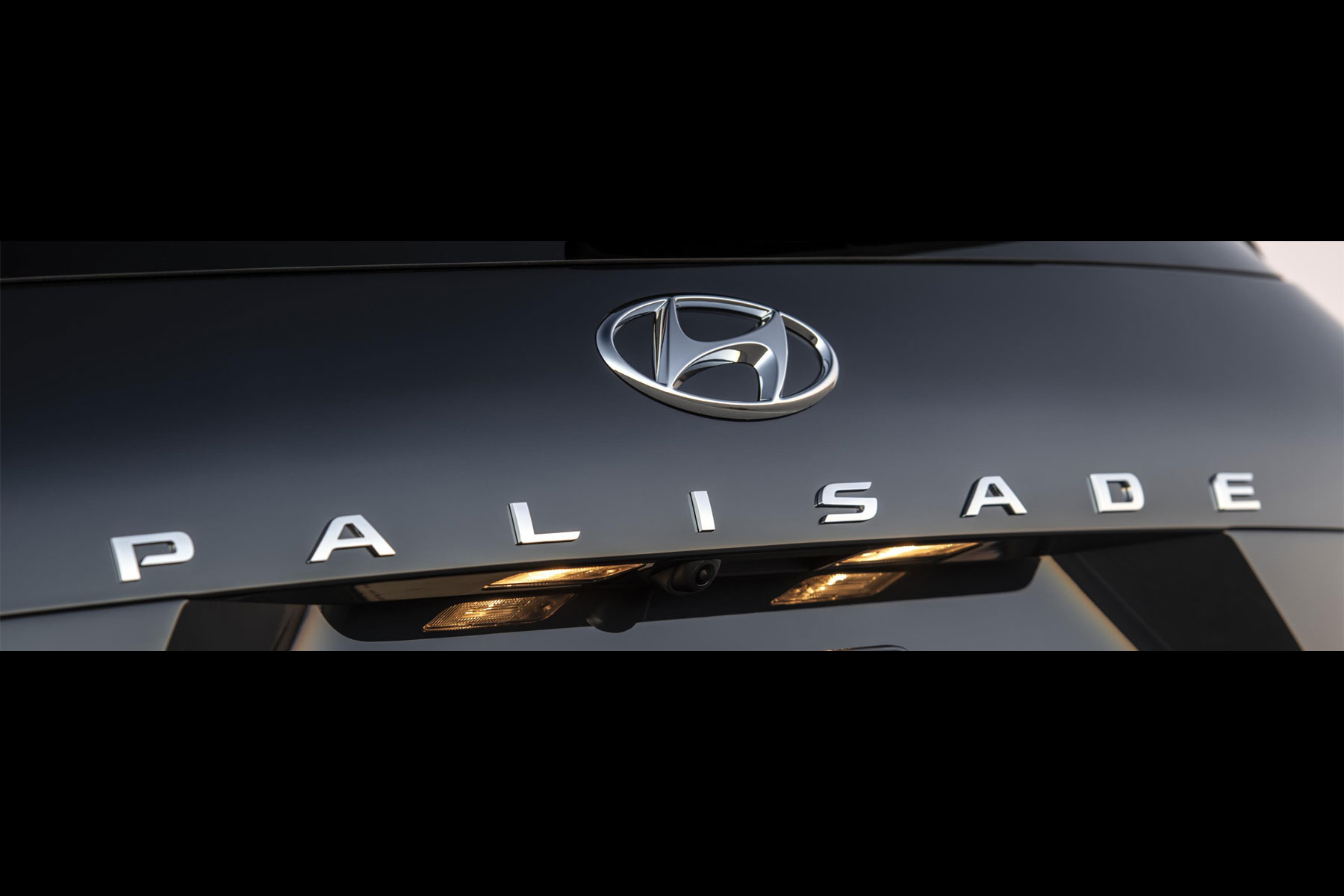 Hyundai is upping its SUV game with the launch of a new flagship model. Its name references the Pacific Palisades, an affluent and beautiful neighbourhood in Southern California, with the Palisade sitting above the Santa Fe in Hyundai’s SUV range. Leaked photos show that it will look like the current Santa Fe, but offer three rows of seats, providing space for up to eight people and their luggage. 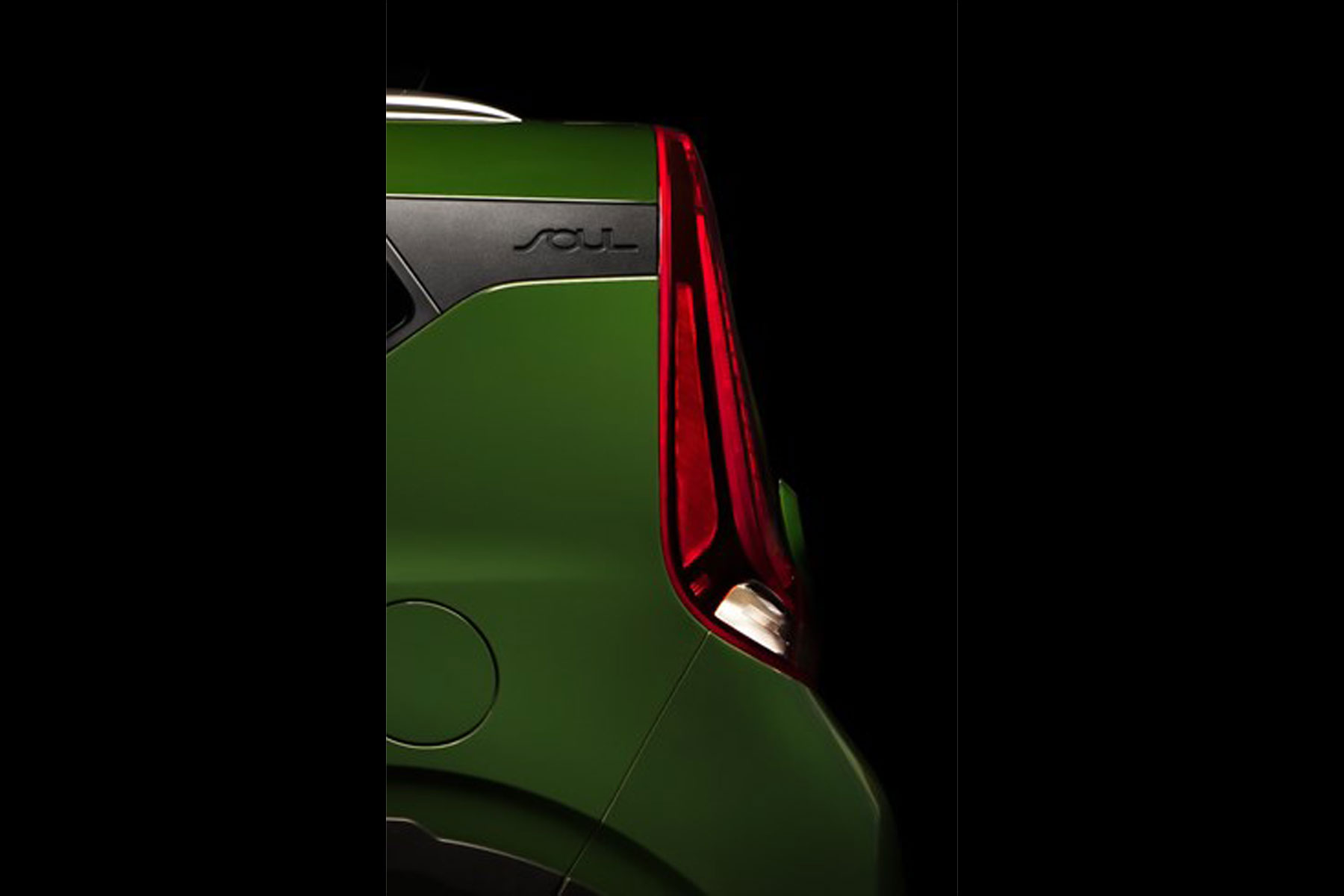 The Kia Soul has never really struck a chord with UK buyers, but things are very different on the other side of the Atlantic. The original Soul was designed in California and based on the Mesa concept of 2006, before a new version was unveiled in New York in 2013. For the latest model, Kia is promising a ‘bold design, uncompromising utility and fun-to-drive personality’. An electric version will available in limited numbers in select markets.

Carmakers reckon there are two ways of making an SUV more desirable – create a performance version or build a more lavish model. The Mercedes-Maybach GLS will be the flagship version of the flagship SUV and is expected to feature a five-seat cabin with an emphasis on luxury and space. Still want that Rolls-Royce Cullinan? That’s a rhetorical question. 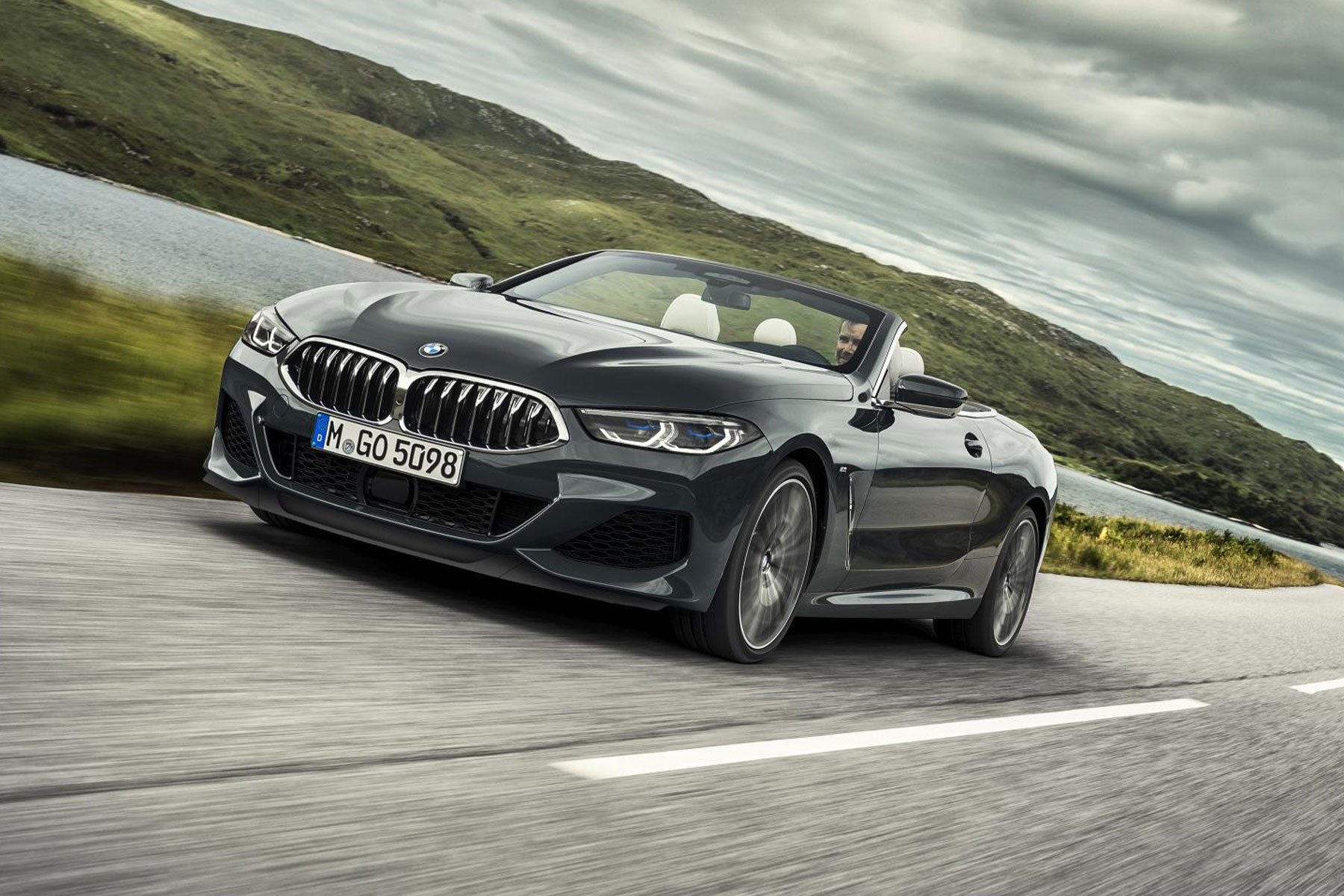 The new BMW 8 Series Convertible will hit the streets in April 2019, just in time for the summer, with prices starting from £83,270. That secures an entry-level 840d xDrive, but you’ll need to part with £107,045 for the M850i xDrive. BMW says the 8 Series was designed from scratch with the convertible conversion in mind, with ‘only a small number of additional convertible-specific weight-increased measures’ required. The roof lowers and raises in 15 seconds, at speeds of up to 31mph, in case you were wondering.

Audi unveiled the E-tron SUV early this year – the first of 12 all-electric Audis to be launched between now and 2025. We don’t know a great deal about the E-tron GT concept – Audi has been refreshingly tight-lipped in the weeks before LA – but we do know that it is targeting Tesla with a performance-led EV. According to Autocar, the E-tron GT will ‘get some genes from Porsche and a lot of Audi genes’.

TRD stands for Toyota Racing Development, which tells you all you need to know about the first-ever Camry TRD. Available in autumn 2019 for the model year 2020, the Camry TRD will be powered by a 301hp 3.5-litre V6 engine mated to an eight-speed automatic transmission, and treated to a host of performance upgrades. These extend to a track-tuned chassis, cat-back dual exhaust, 19-inch rims, aero kit and unique TRD interior trim. 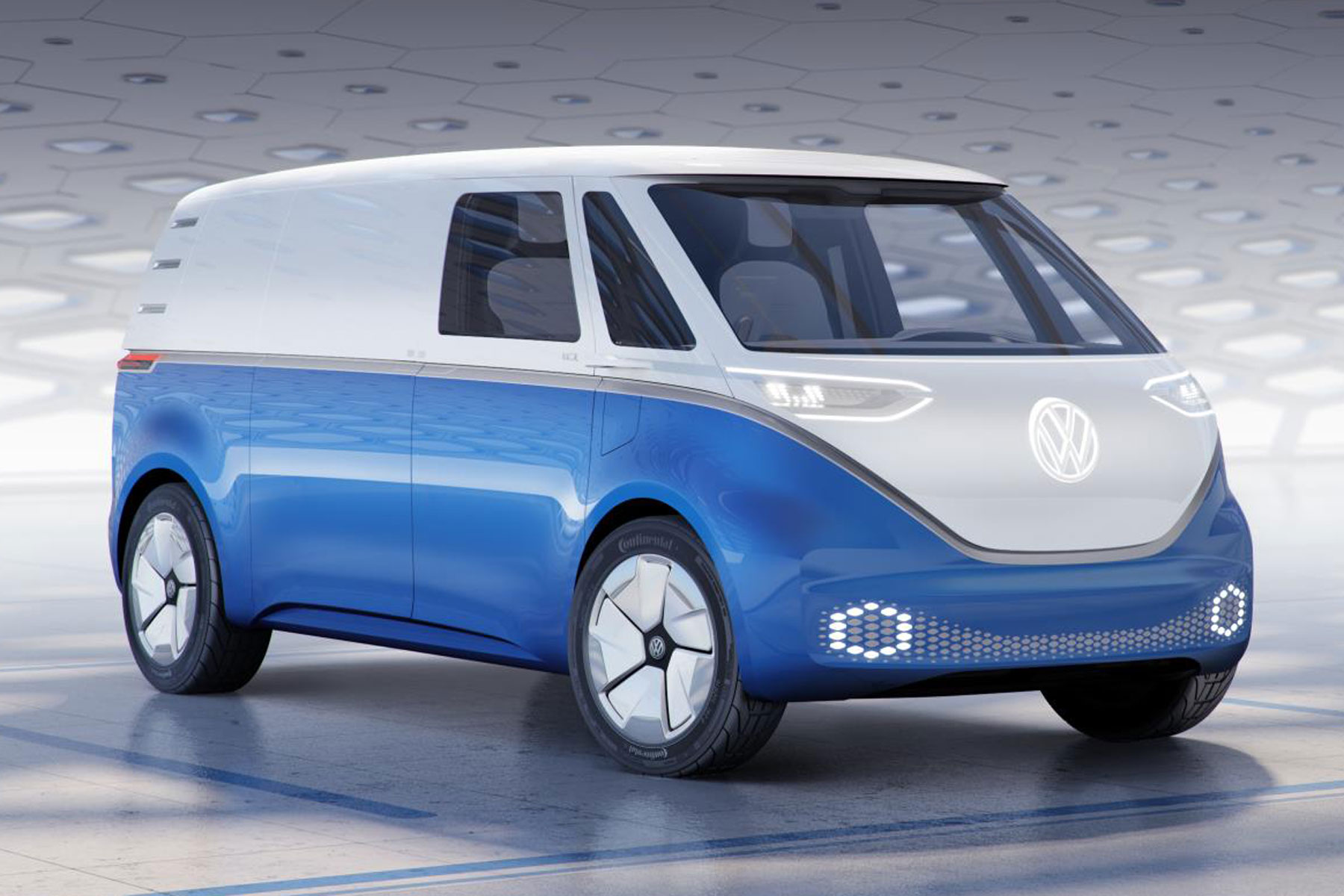 Volkswagen is hoping to shift 15,000 electric cars in 2020, but says it will be selling more than a million a year by 2025. The key to this success will be the ID family of cars based on a modular electric drive platform built for EVs. The ID Buzz Cargo is a van concept based on the ID Buzz microbus and is said to offer up to 341 miles of range.

The BMW X7 promises to be one of the big stars of LA, in more ways than one. It’s a new SUV, which gives it a fast-track to success, but it’s also huge. Like, properly huge. Try 5.1 metres long, two metres wide and 1.8 metres tall. It means that the X7 can seat seven people in comfort and space – this is essentially a BMW 7 Series SUV for seven. Note the rear doors, which are larger than the fronts – BMW wants this to be the ultimate passenger machine.

If the sheer scale of the gargantuan X7 is too much, BMW has another slightly more compact SUV at LA: the new all-electric iNext. It’s a far-sighted concept that previews a 2021 production model that will be roughly similar in size to a BMW X5. Expect a decent, Jaguar I-Pace and Audi e-tron-rivalling range, plus a high level of autonomy. Like you, we can’t take our eyes off that gigantic grille either. 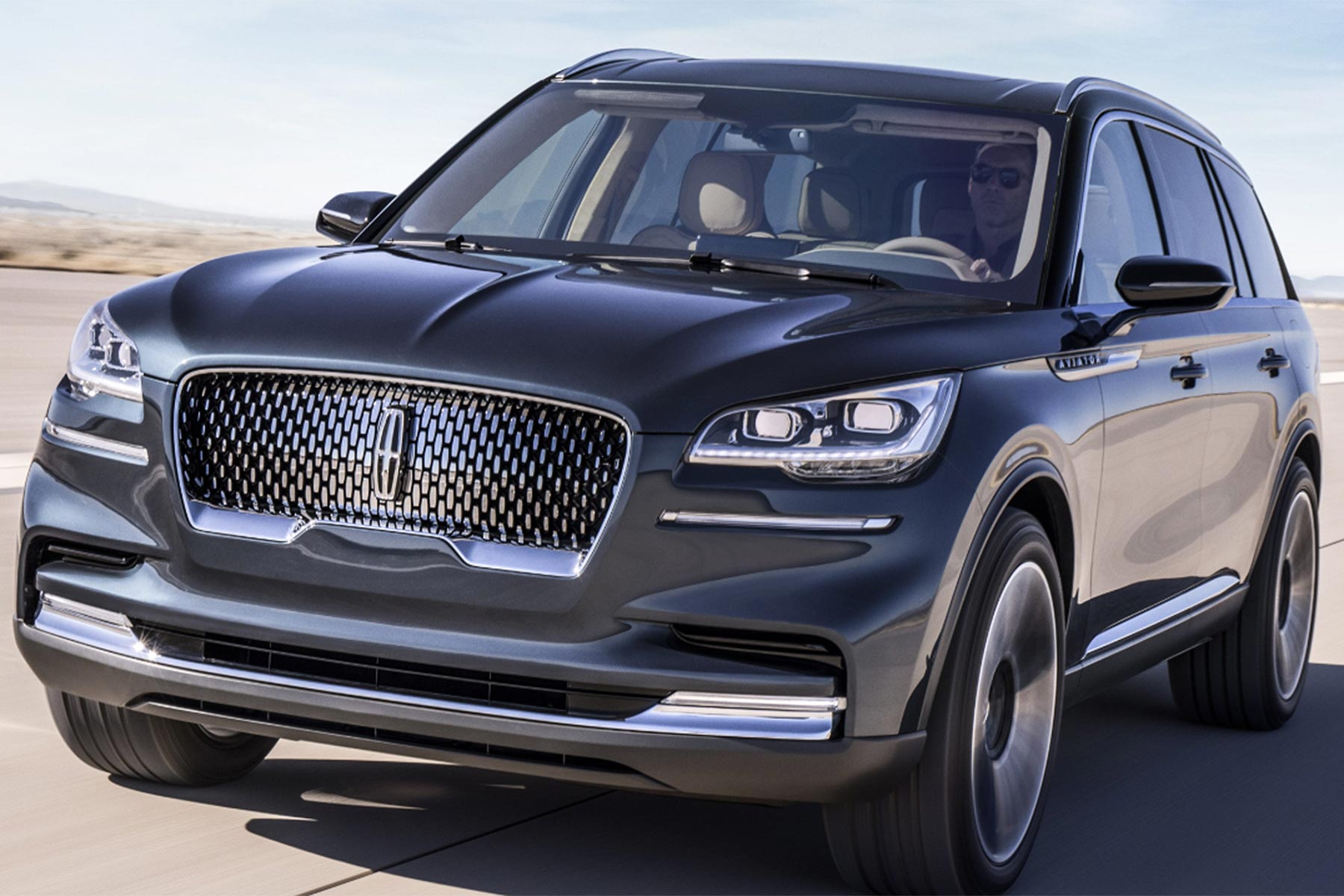 No, we haven’t taken leave of our senses, this really is a photo of the Detroit Symphony Orchestra. Three musicians were tasked with providing the soundtrack for the new Lincoln Aviator, more specifically the alerts and chimes for everything from an open fuel filler door to an unattached seat belt. Lincoln will be hoping that the seven-seat SUV, ahem… chimes with its target audience.

To many buyers, crossovers and SUVs are the best thing since sliced bread, but the saloon segment remains buoyant, especially in North America. Nissan has given its flagship saloon a fresh face for 2019, with the Maxima also gaining a new suite of six safety and driver-assist technologies. The kit is likely to be standard equipment on all top-selling Nissan vehicles by 2021. 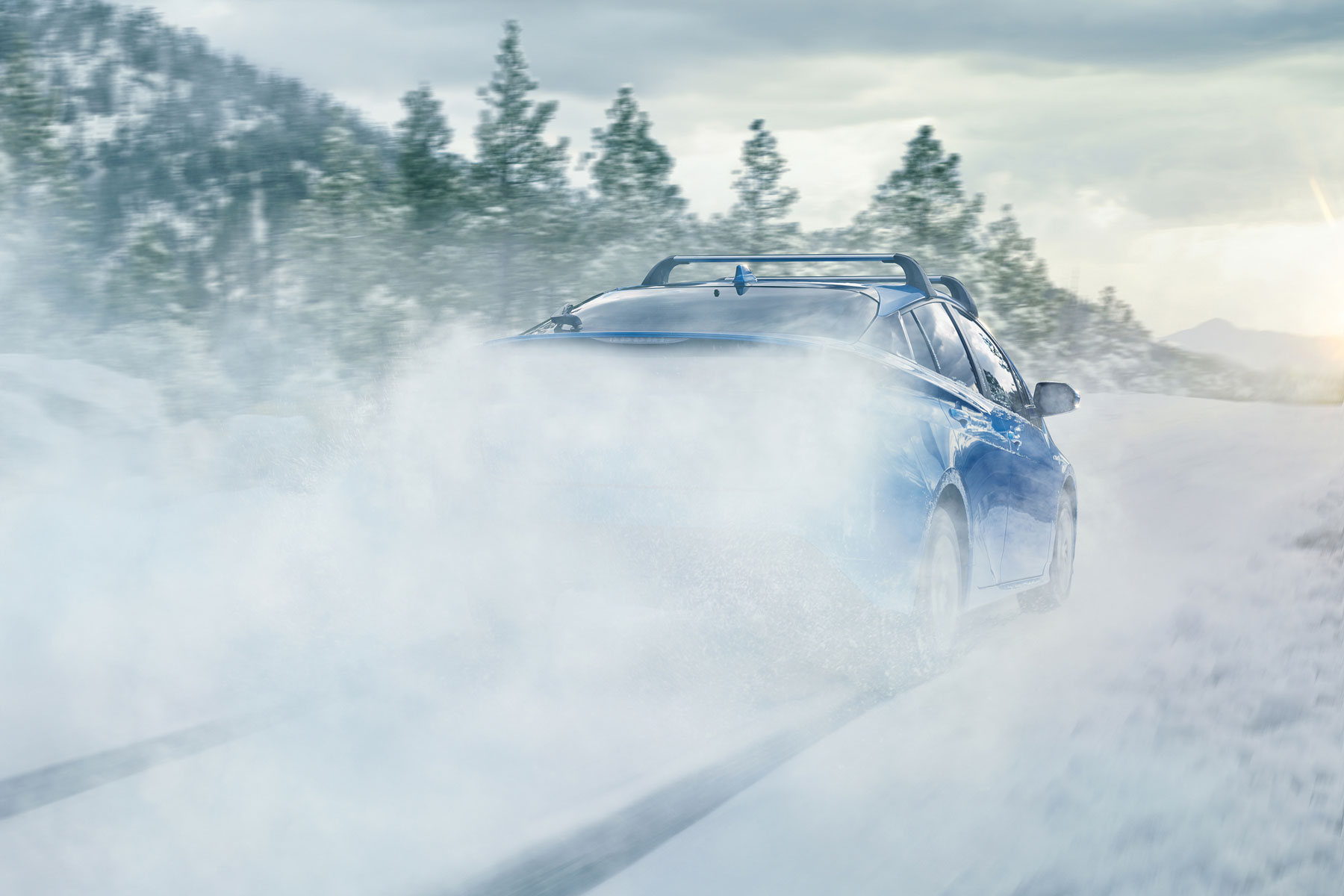 Don’t worry, that’s not a cloud of smoke trailing behind the new Toyota Prius. ‘Fall is here, winter’s near, but the 2019 Prius performs on roads whether snowy or clear,’ said Toyota in a press release. Does this mean that the new Prius will be available with all-wheel drive? It certainly looks like it.

Fresh from its debut at the Paris Motor Show, the refreshed Audi R8 will be making its North American debut in Los Angeles. Two versions of the familiar V10 engine will be available, producing 570hp in ‘standard’ guise and 620hp in the Performance flagship. In addition to the power upgrade, Audi has also given the R8 a styling makeover, with both the Coupe and Spyder models available in the new year.

Porsche has warmed up the second generation Panamera with the launch of a GTS version. Offered in four-door coupe guise plus the first-ever load-lugging Sport Turismo version, it’s managed to retain its V8 engine. This time, it’s a 4.0-litre twin-turbo with 460hp, 0-62mph in 4.1 seconds… and an exhaust particulate filter just to make sure the tailpipe emissions are spick and span.

It made its world debut in Shanghai, before hitting European shores in Paris, but now it’s time for the America to grab a slice of the Porsche Macan pie. The styling will come as no surprise – it looks a lot like the old Macan – but the LED strip at the back and the new LED headlights deliver an enhanced look. Porsche has also upgraded the infotainment system and expanded the range of options. The 2019 Macan is expected to reach US dealers in the summer, with prices from around $50,000. 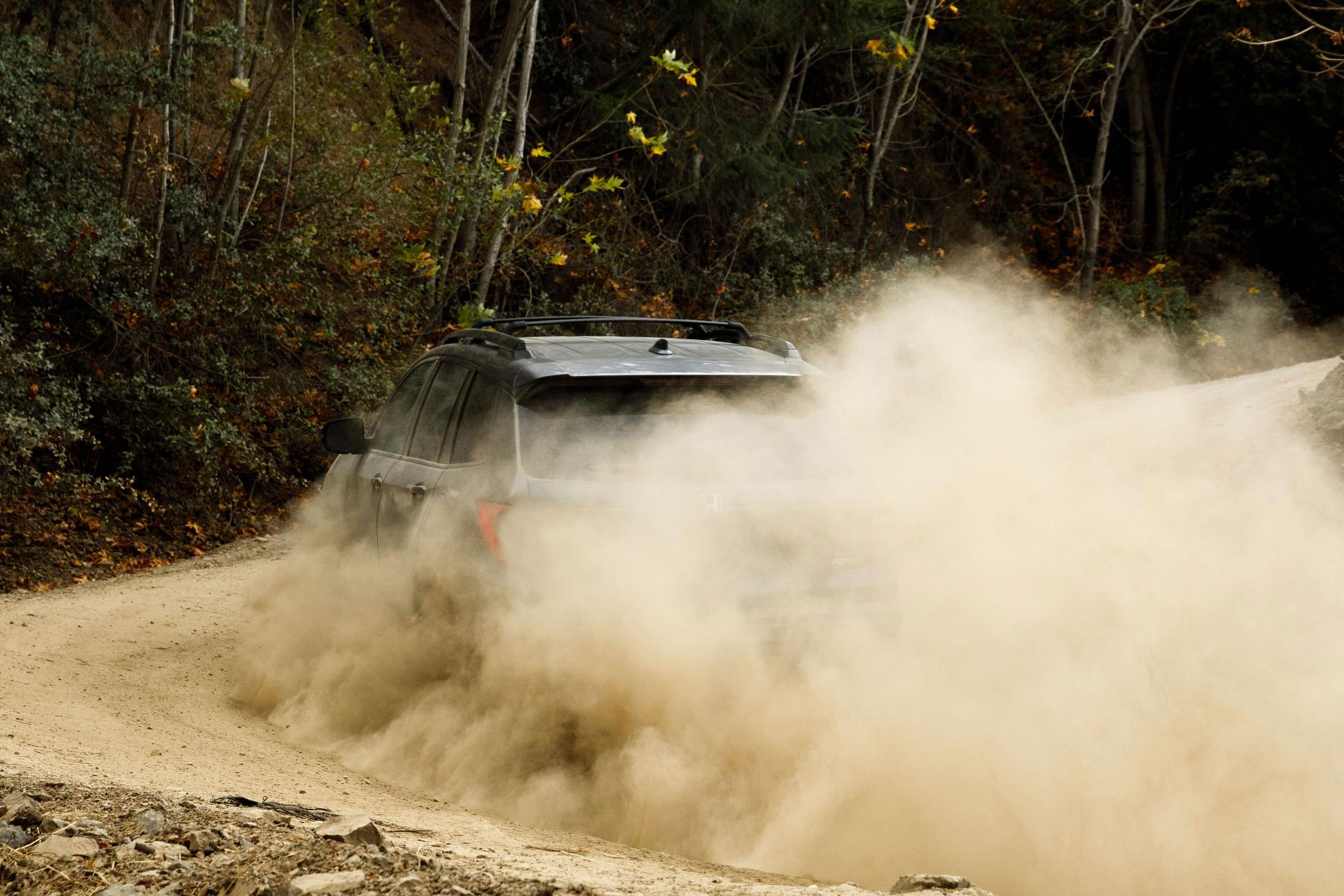 Honda will unveil the new 2019 Passport a day before it makes its global debut at the LA Auto Show. The American designed and built Passport will be Honda’s fourth SUV and sixth light-truck model and it will target buyers who need a work vehicle during the week and something a little more ‘lifestyle’ at weekends. It sits above the CR-V in the Honda range, a vehicle we have just driven and reviewed. 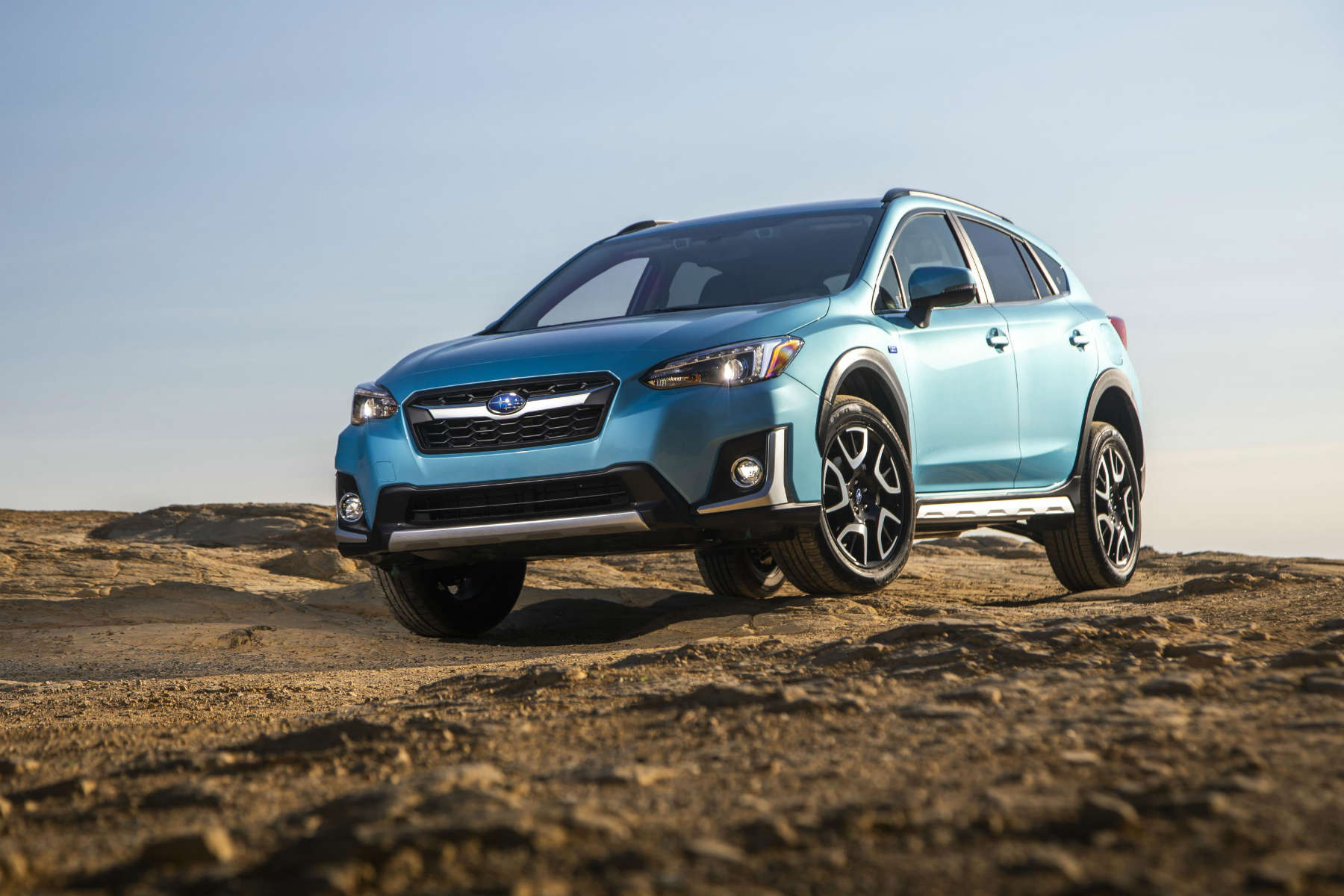 The Crosstrek Hybrid is Subaru’s first-ever plug-in hybrid, featuring a 2.0-litre petrol engine and a pair of electric motors. It can reach speeds of up to 65mph in electric mode and is a full second faster to 60mph than the standard Crosstrek, known over here as the XV. Crucially, it can also deliver up to 17 miles of electric range. Subaru is said to be considering a UK launch, so this is a car to watch.