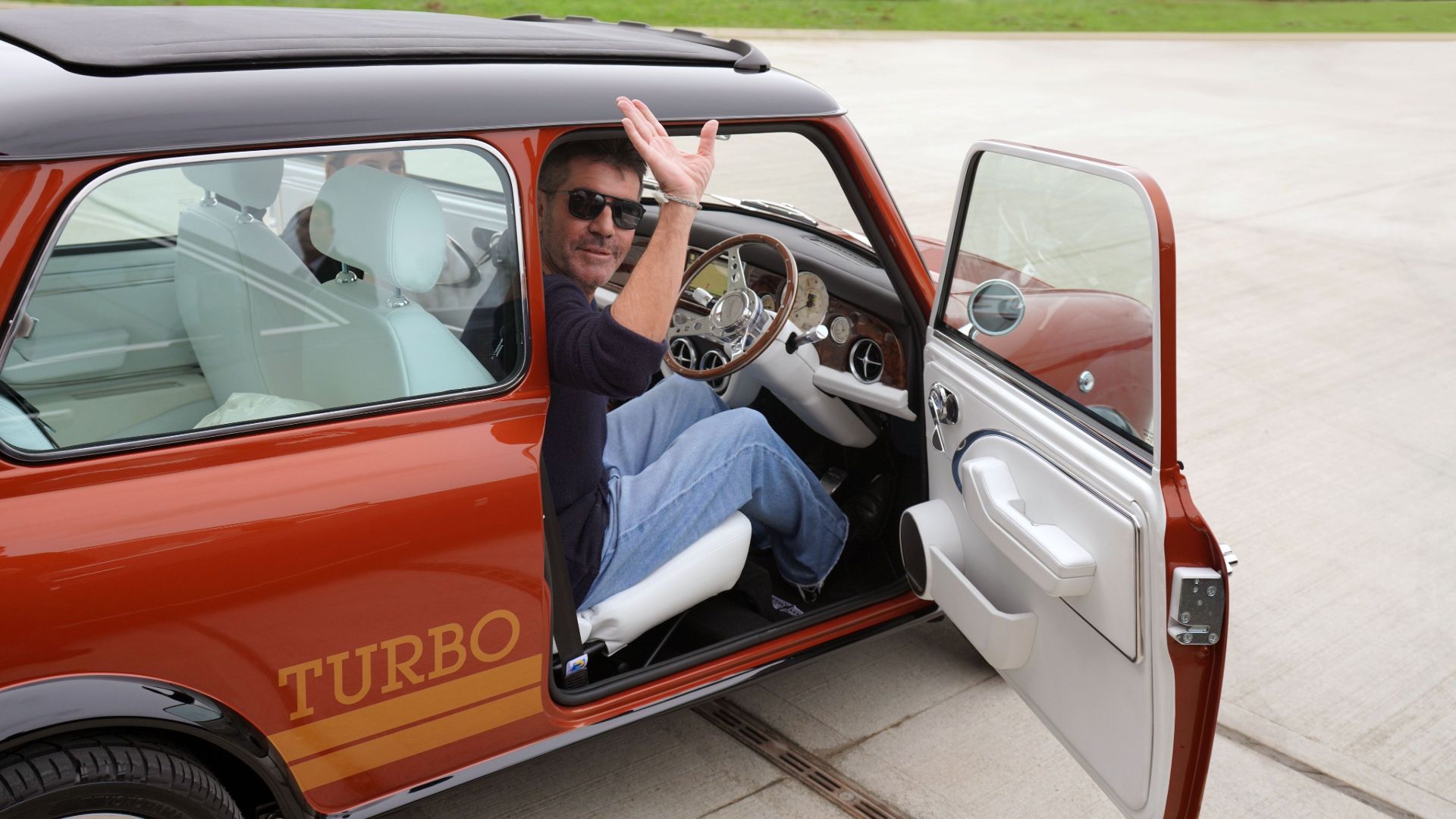 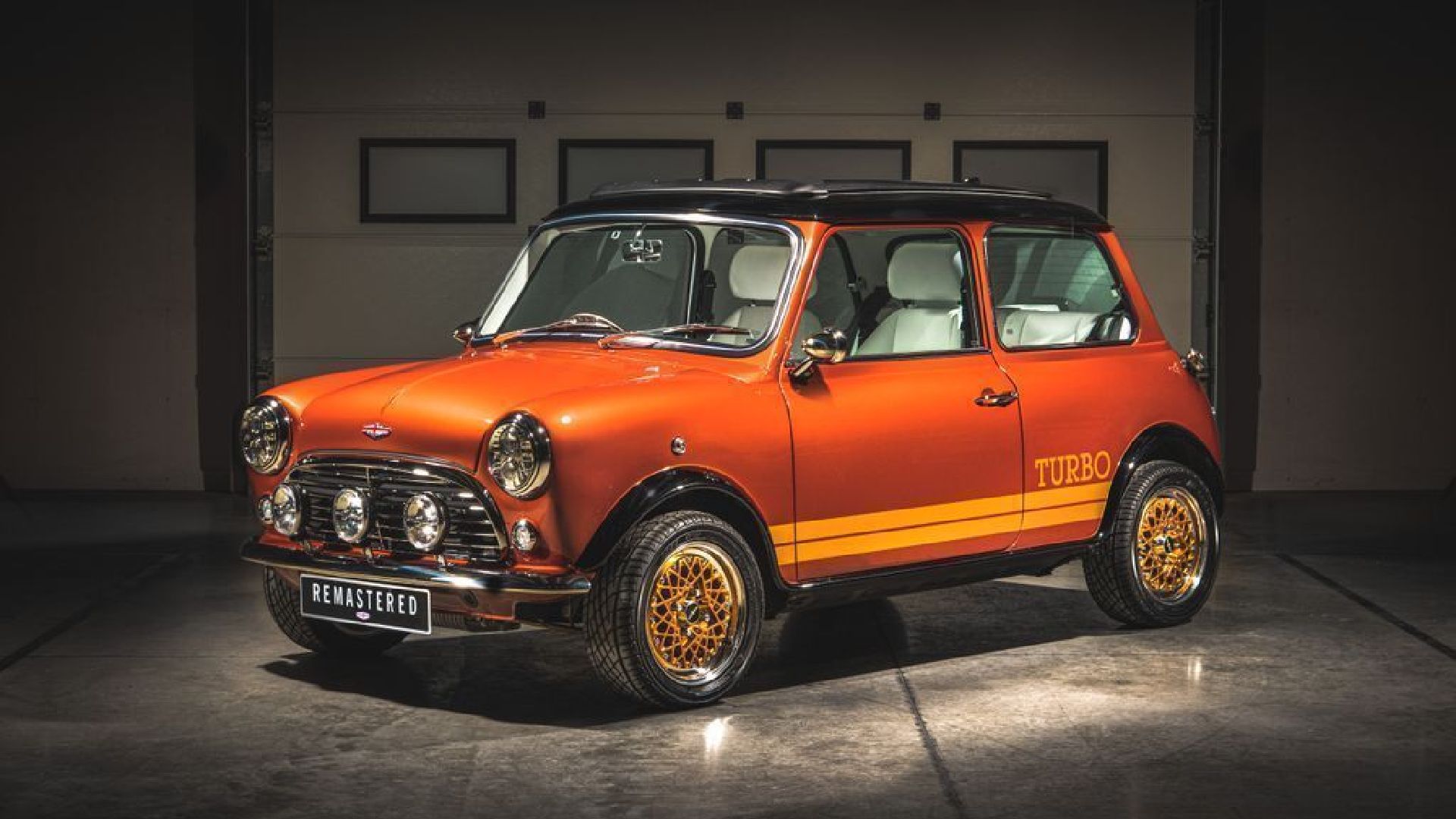 The latest Mini Remastered build by David Brown Automotive is an absolute showstopper. Whatever you think of the price of these little hot rods, you just can’t put a number on cool.

It’s the Mini you’d spec if you had the resources of Simon Cowell.

It takes inspiration from the Lotus Esprit Turbo used in the James Bond film, For Your Eyes Only. That means bespoke ‘Copper Glow’ paint over DBA’s ‘Fade to Black’ wheel arches and roof.

Even the ‘Turbo’ graphic from the original Esprit features down the side, along with gold striping.

As for whether there is actually a turbocharger fitted to this Mini, DBA claims the standard 1,330cc remastered A-series remains, sans boost.

Matching the stripes are the wheels, painted in Sahara Gold with a silver rim, again like the Lotus. Unlike the Lotus, there isn’t a set of skis on the top, perhaps due to fears they would cause the little Mini to take off. They are an option, however.

The wheels are 13-inch items and hide black brake callipers. At the front, this Mini is mission-ready, with an arsenal of lighting, from the standard LED headlights, to the bumper-mounted auxiliary driving lights. 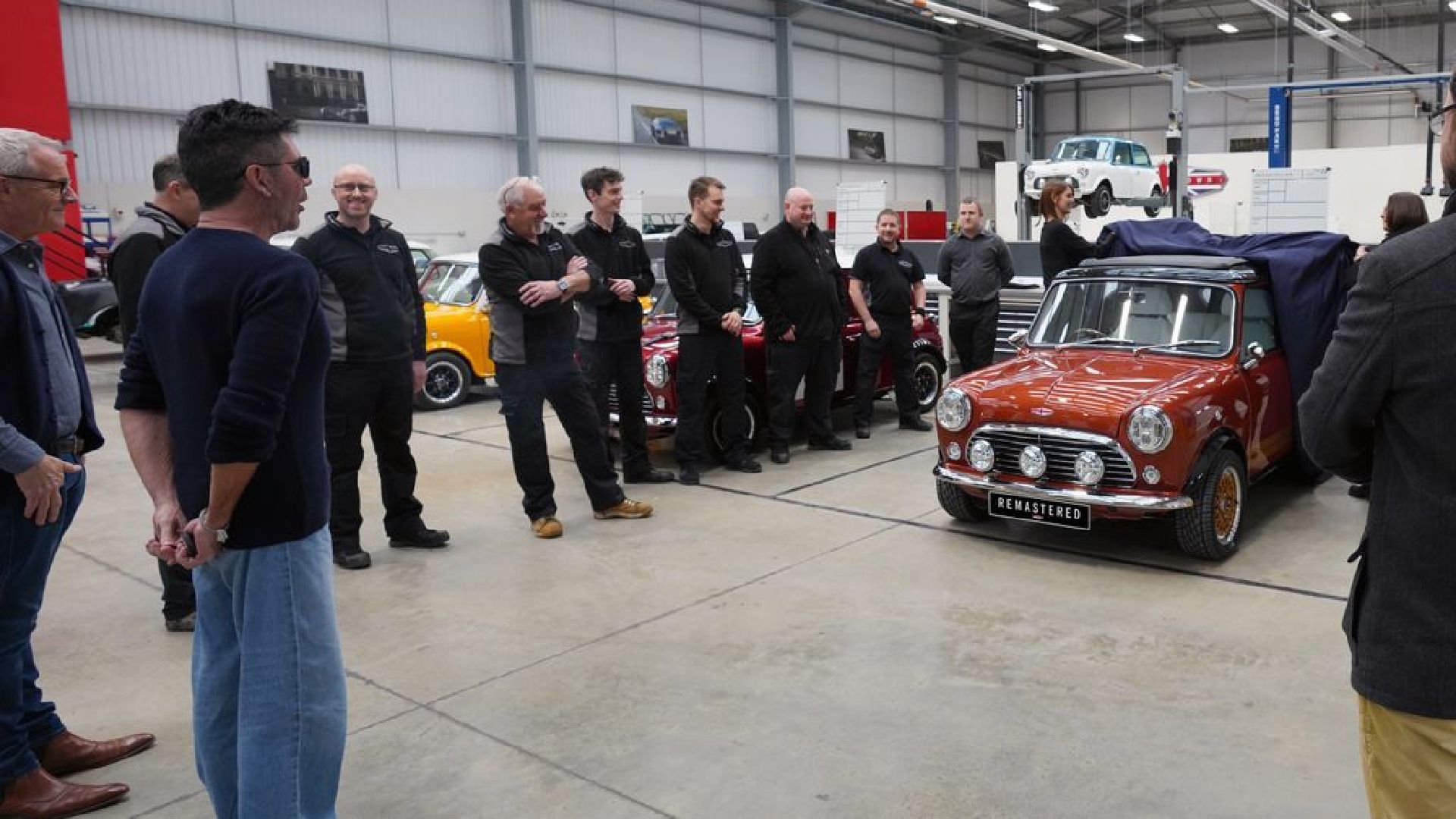 The interior is trimmed like one of Mr Cowell’s Britain’s Got Talent suits. That’s to say, the leather is a striking ‘Arctic White’, contrasting the ‘Dark American Burr Walnut’ dash.

Adding to the high-spec Remastered Mini are the LED-illuminated Smiths dials and up-to-date seven-inch touch screen with Apple CarPlay, Android Auto and Bluetooth connectivity. The six-speaker audio system should give Mr Cowell a clear listening experience when he’s critiquing demos on his travels. 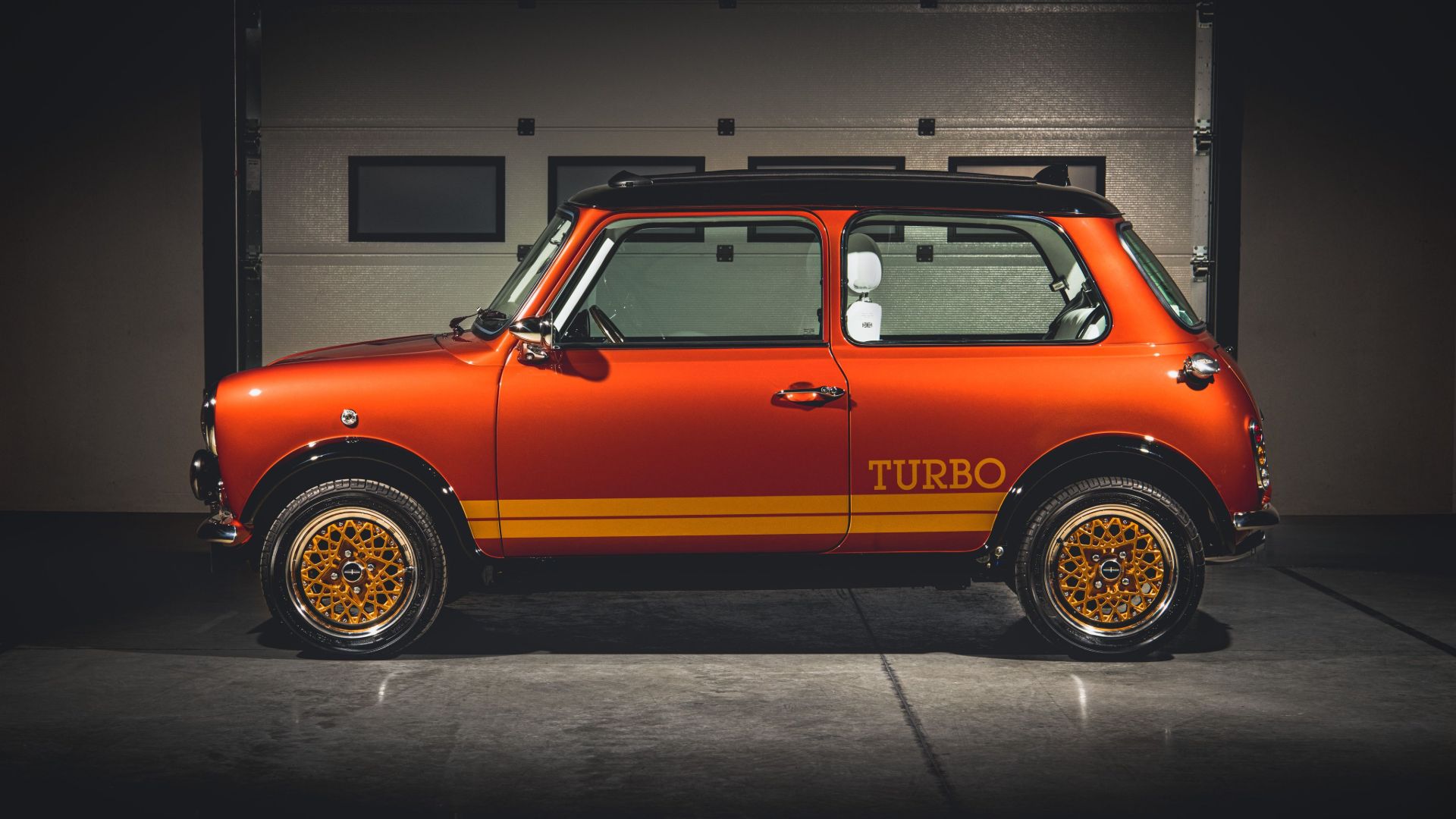 When MR’s Tim Pitt reviewed the David Brown Mini Remastered, he wrote that “this is luxury on a Lilliputian scale: more pint-sized Rolls-Royce than rebadged Rover”.

“The notion of a £90,000 Mini is crazy, of course, yet the demand is clearly there. And after a few hours criss-crossing the capital, I’m also in thrall to its charm. Roger Daltry hoped to die before he got old, but the Mini has life in it yet”. 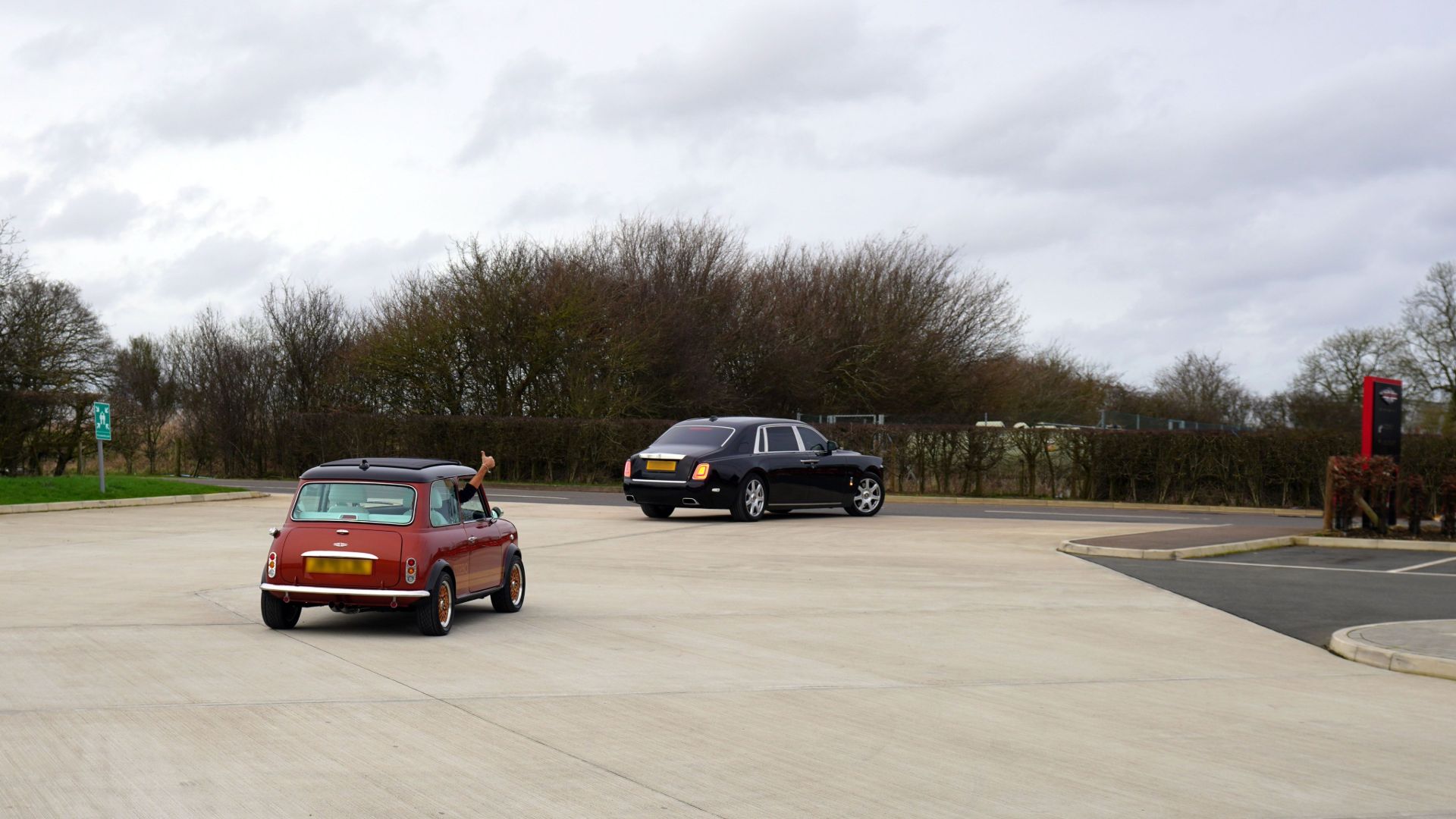 The verdict, then? Practicality and sensibility aren’t the order of the day with a Mini worth over £90,000. But we don’t blame anyone for falling for its charms, and finding it impossible to resist.

When the likes of Simon Cowell and his kin do take the plunge, we all get to enjoy incredible builds like this. Power to him, and anyone else that drinks the Mini Remastered coolade. It looks delicious.