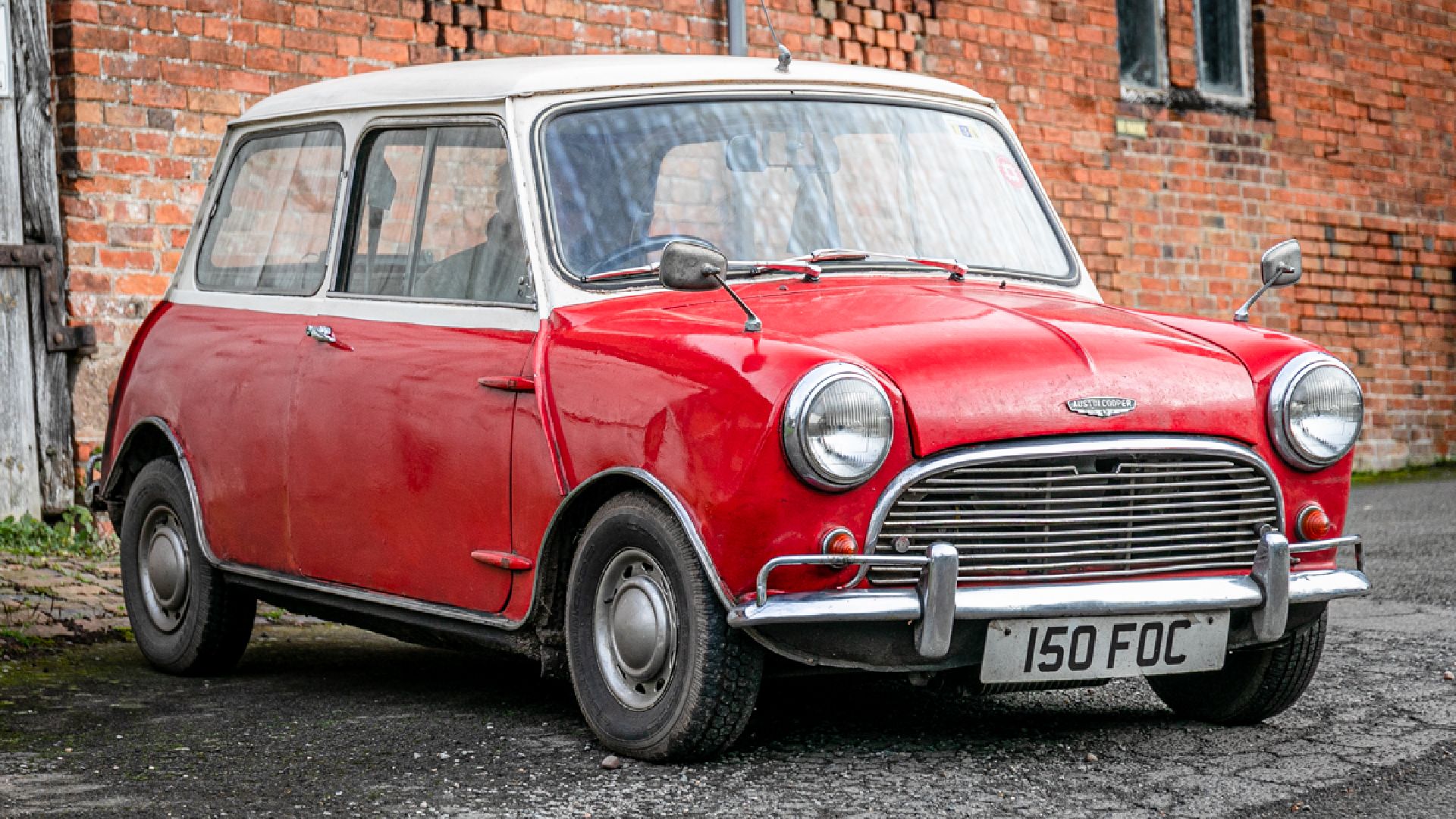 The CCA March sale at the Practical Classics Classic Car and Restoration Show will see five different classic Minis hit the auction block. Different eras, different body styles, and differing condition levels at different budgets. There could be a classic Mini for everyone.

The first is a 1962 Mk1 Mini Cooper which, amazingly for its 58-year life, has been with the original owner that bought it new all those years ago. That owner put it to work, too, with the car covering around 300,000 miles over six decades. 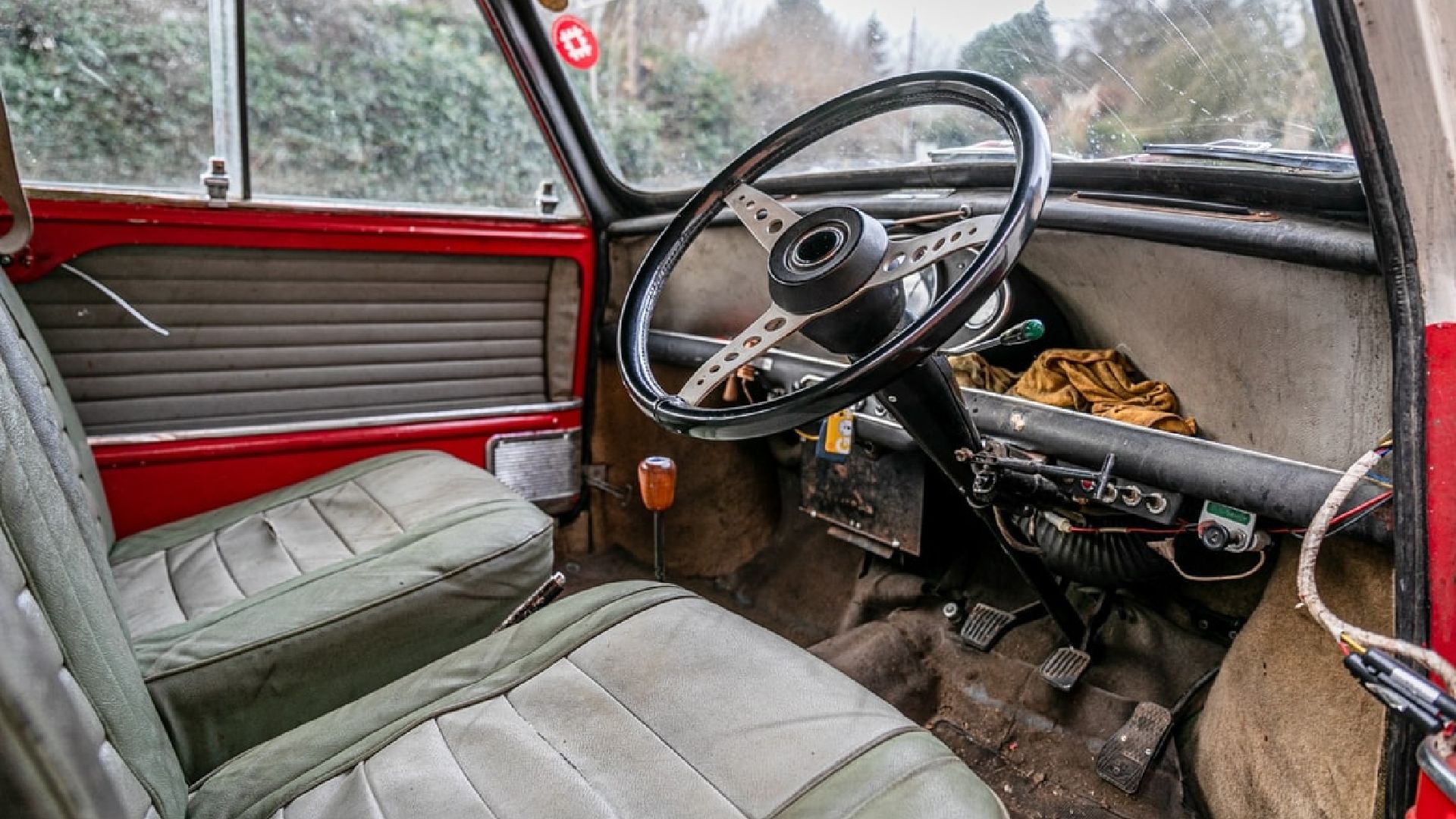 Needless to say, a life at work means this Mini could use a spruce up. It comes fitted with an 850cc short-stroke engine, in place of the original one-litre.

The prospective buyer might like to return it to its almond green with an old English white roof specification. The cabin remains the original dove grey, with porcelain green vinyl. The car as it is, will be driven to the show for the auction. 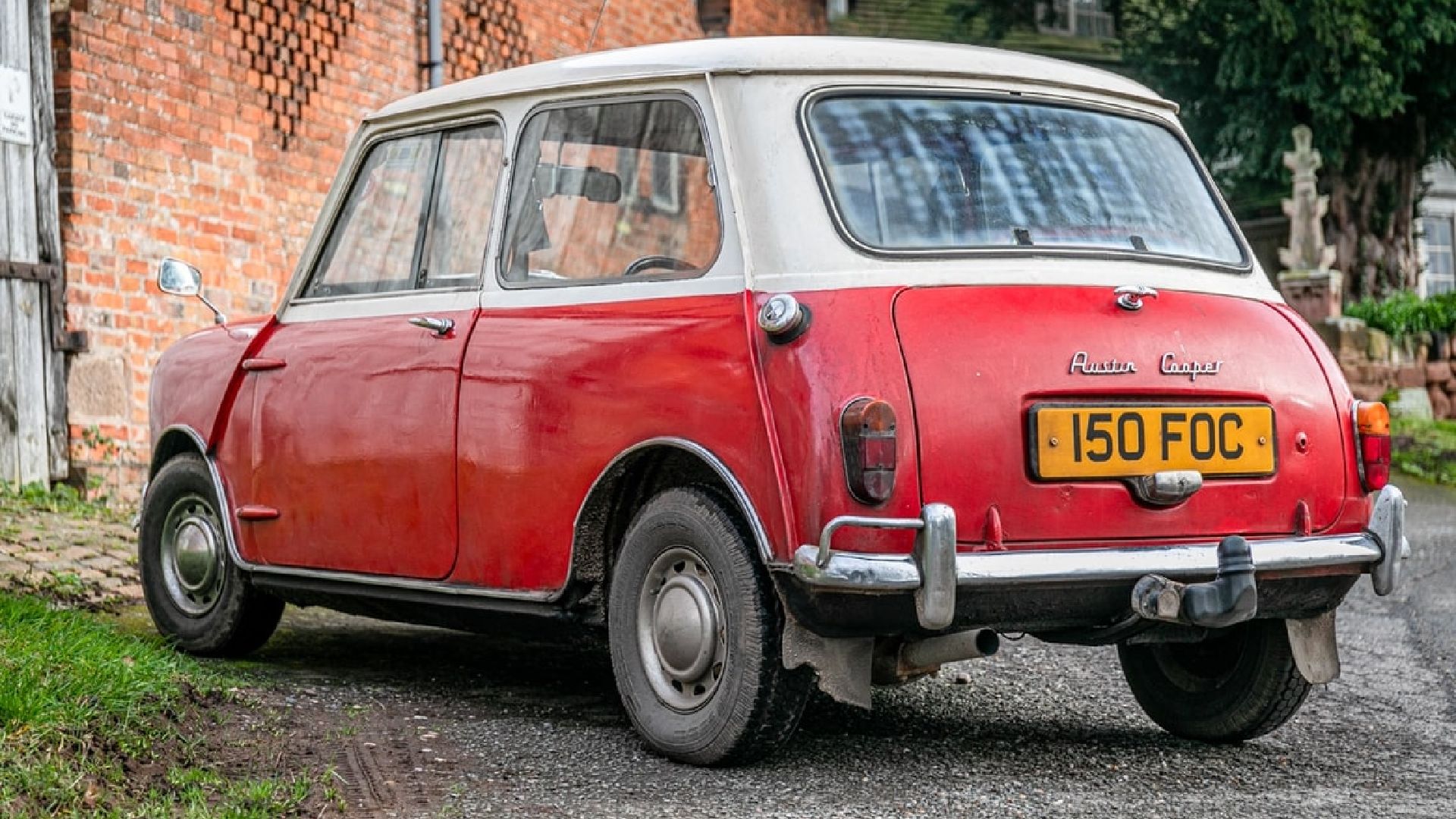 “The 300,000 mile Mk1 Cooper is staggering and has the most fascinating story,” said Gary Dunne, Classic Car Auctions (CCA) manager.

“The vendor told us it was bought new for him by his mother-in-law because she didn’t like his choice of cars to drive her daughter around in!” 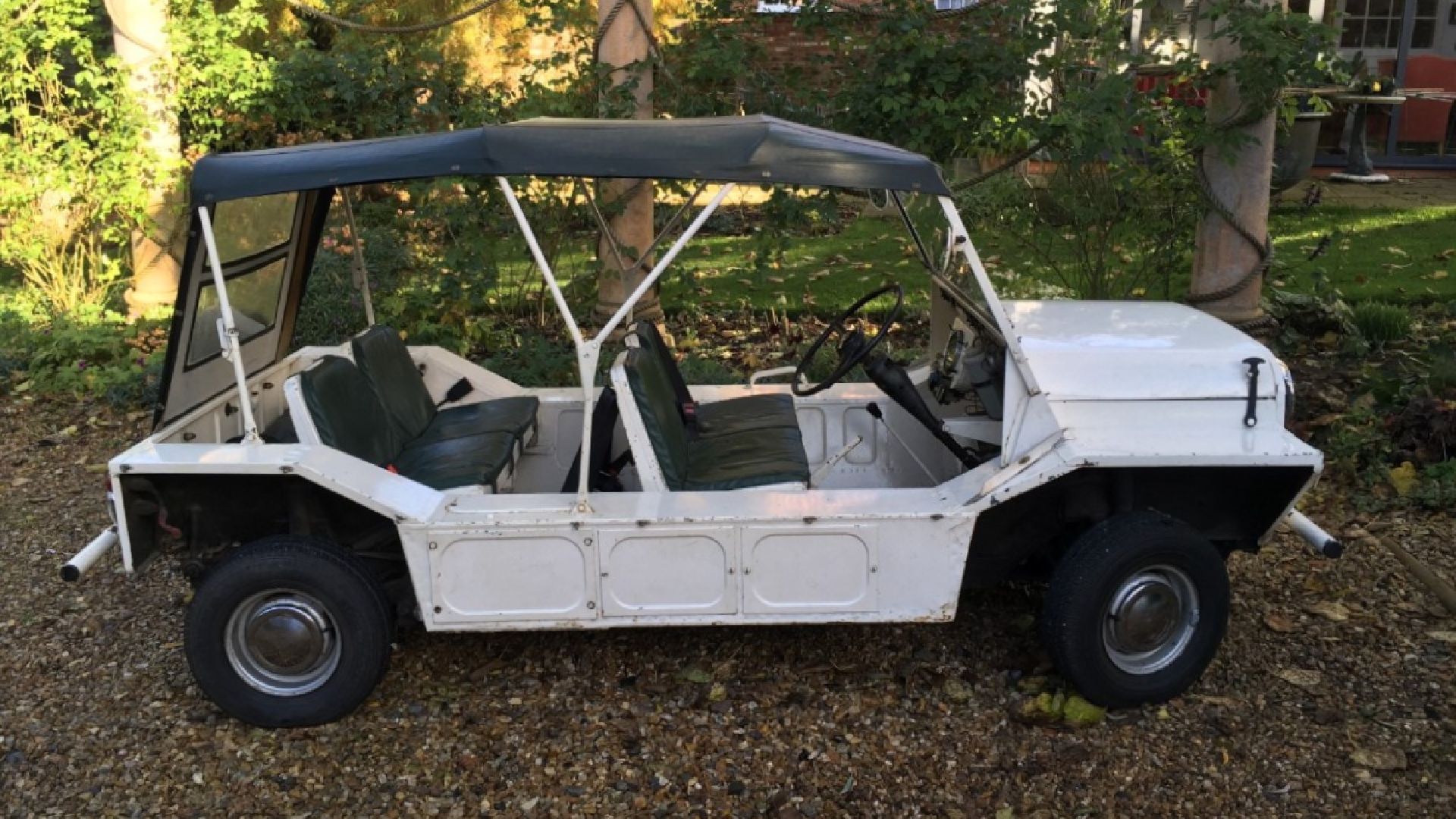 Joining it will be one of the quirkiest variants of the Mini, the Moke. Originally destined for military duties, when deemed unfit to serve, it became a fan favourite as a recreational vehicle. 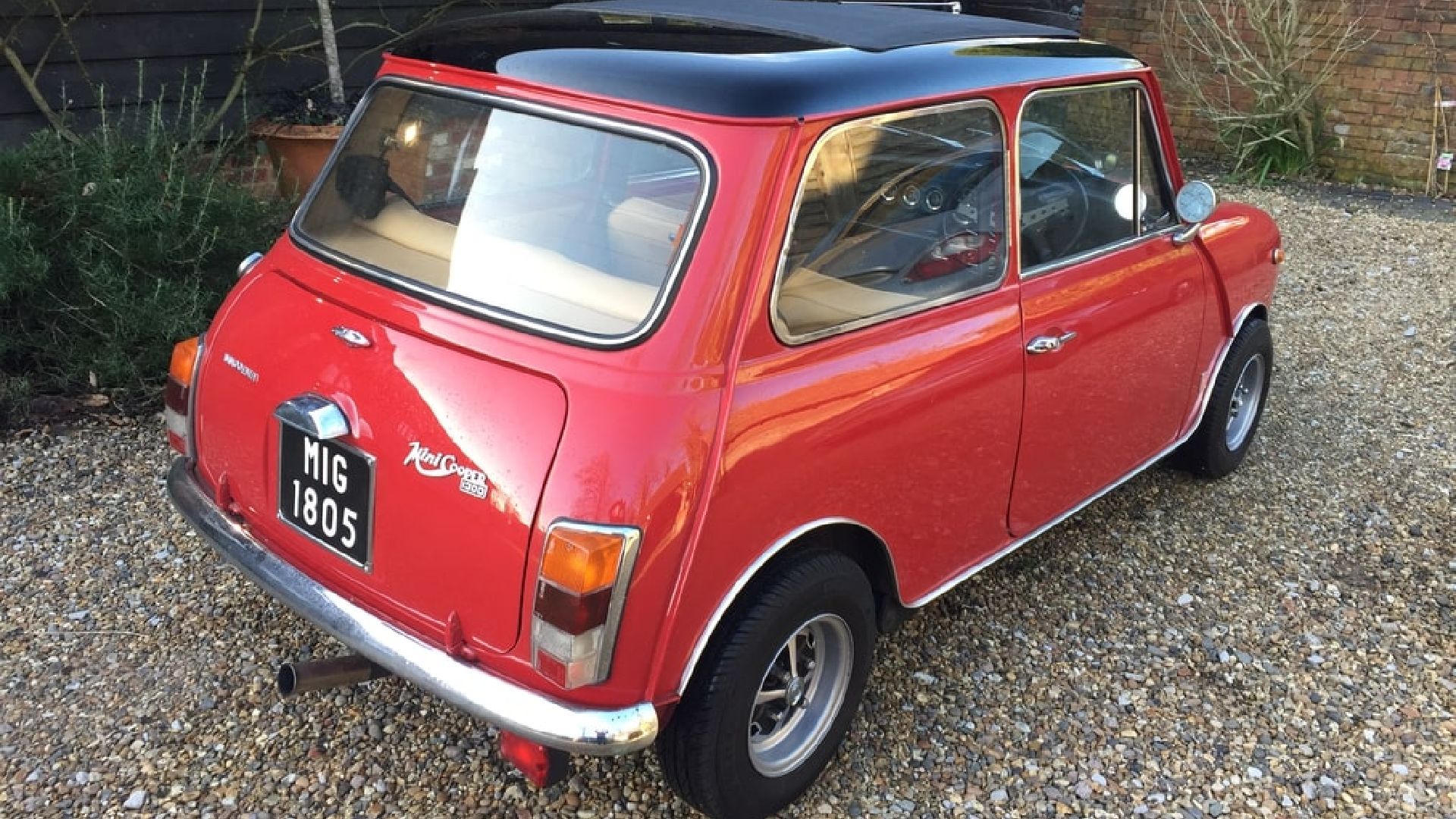 The third car is an Italian-built 1975 Innocenti Mini Cooper. It was imported in 1982, and following the current owner buying it in 2014, the car was faithfully restored and re-trimmed with correct Innocenti features. £12,000 to £15,000 could buy you one of the last export 1300 Minis, in fine fettle.

The fourth Mini is an early 1962 Mini Seven pick-up. This car comes in spectacular condition, having undergone a bare-metal restoration starting in 2010. Presented in its original tweed grey paint with a tan interior, it has all the correct period features and even the original engine. 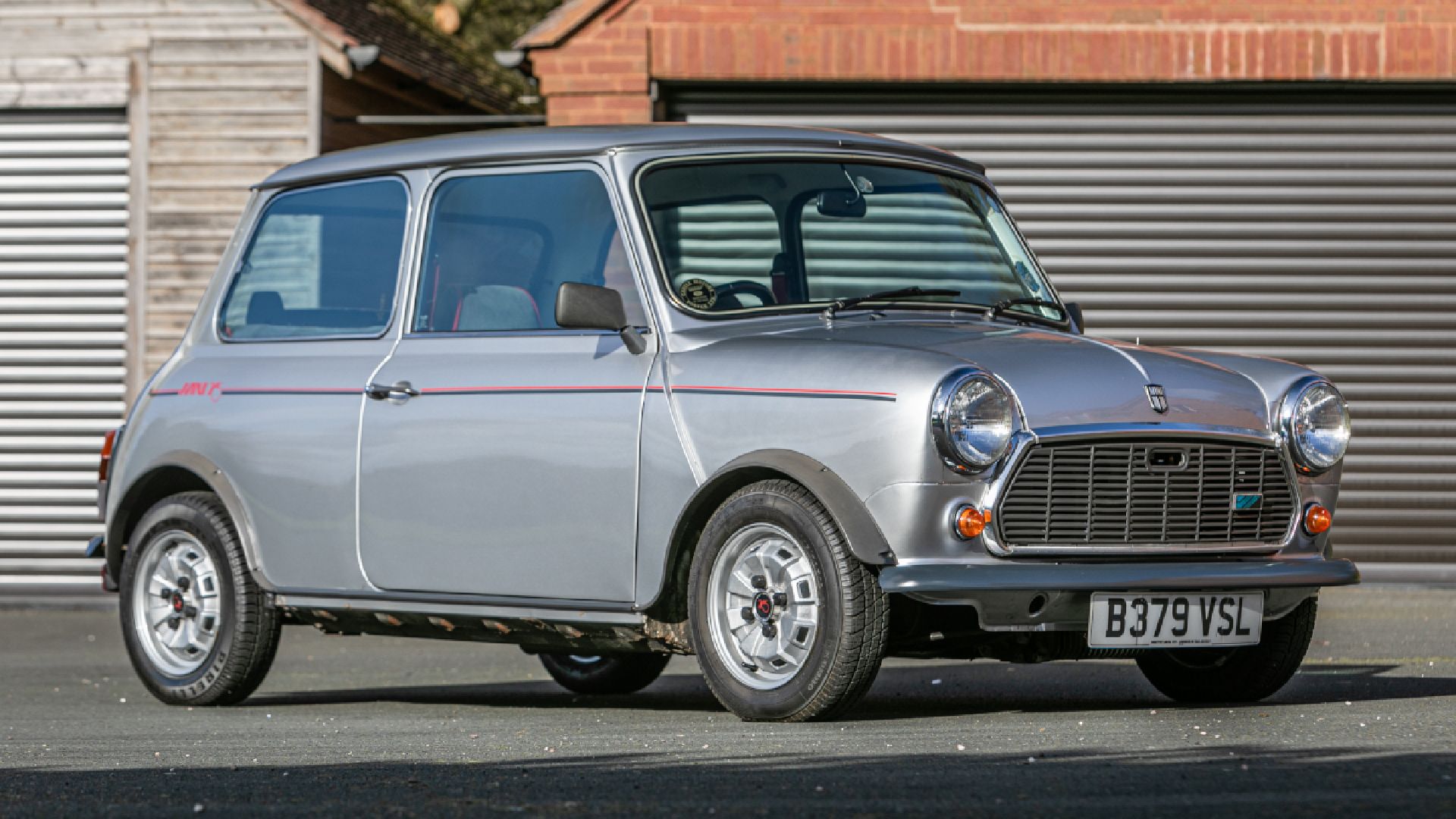 Finally, the newest Mini of this five-piece offering. It’s a 1984 25th Anniversary edition, which has covered just 8,730 miles.

It even gets trailered to shows, to save it from the rigours of today’s road network. This clean original late-era Mini, could be yours for £6,000 to £8,000.

The new Vauxhall Mokka is on sale now with first deliveries beginning in April 2021. There is also a new Mokka-e EV with a 201-mile range
Read more
Previous articleUK government ‘isn’t doing enough’ to encourage electric cars
Next articleTriumph pairs up with location app What3Words

Vauxhall has made a van for businesspeople

It's your boardroom on wheels
Read more

It’s a day-by-day countdown until the Aston Martin Valkyrie is ready to roll. The latest developments are the AMR Track Pack and Q design specifications
Read more

The all-new Toyota Auris will be built in Britain

Team GB’s made history in Rio: but it’s been beating the world in automotive for years
Read more

Mazda, Land Rover and Volvo now fight it out amongst themselves
Read more
Car News

The UK and Australia have under a year to wait for their Model 3s to start arriving, if Musk is to be believed
Read more
Car News

The updated 2020 SsangYong is now on sale with prices starting from £13,995. Changes include new engines, styling tweaks and a better spec.
Read more

The London Ultra Low Emissions Zone (ULEZ) is designed to improve air quality by charging certain vehicles to enter the city. We explain how it works.
Read more
Advice

The condition of your tyres can suffer when a car is not being used. Here's how to keep them healthy during the COVID-19 lockdown.
Read more
Advice

What distractions get us most when we're driving, and how can we avoid them? Here's our guide to staying on your game behind the wheel
Read more
Advice