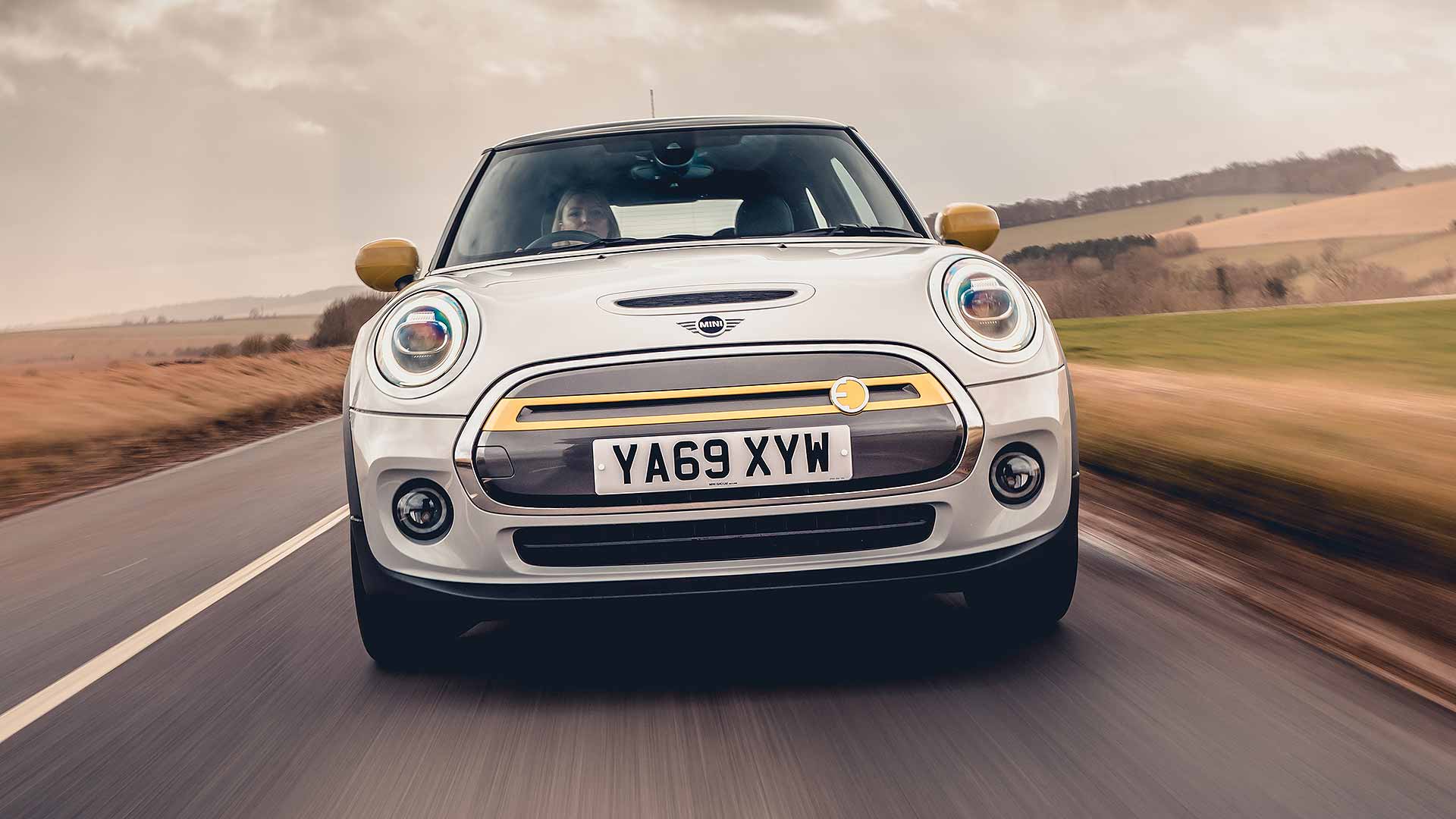 The Mini Electric is built in the same Oxford factory as the regular car. To the casual observer, it looks just like a normal Mini. You can choose to have bright yellow door mirrors, a yellow stripe across the grille, and wheels that look like plug sockets. Or you can choose not to, with only the yellow badges giving the game away.

It’s all intentional. We already love the Mini, and don’t want it to change. We simply want it future-proofed with zero-emissions electric technology. The Mini Electric does all that brilliantly – with just one major proviso that buyers alone will judge either irrelevant or a deal-breaker. 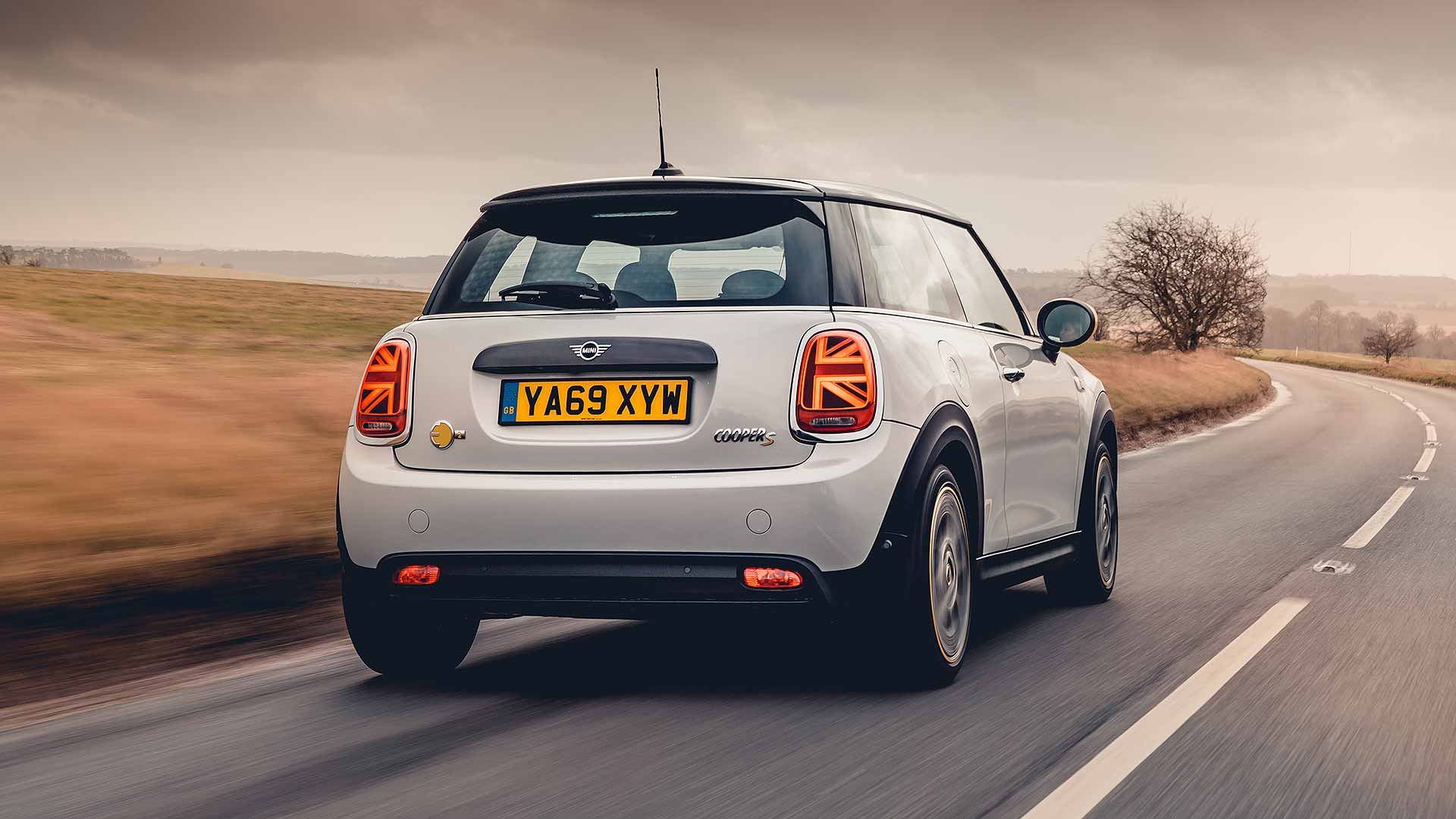 At first glance, the electric Mini passes for a high-performance Cooper S model, thanks to the scoop in the bonnet (for obvious reasons, it lacks the centre-exit exhausts at the rear). The grille is sealed, so it’s slipperier through the air, and the front bumper is smoother. Differences are otherwise minimal – you don’t even have to choose the three-pin plug wheels if you don’t want to. But why wouldn’t you?.

The Mini Electric comes in three grades: Levels 1, 2 or 3. Everything is standard: you can’t add any options, so if you want more equipment, you move up through the levels. With Level 1, you can only pick two colours – grey or the silver seen here. Level 2 and 3 add more colours, like the everyday red or British Racing Green that will see you pass for just another Mini.

It’s the same inside. Little gives the game away, apart from the more feature-packed electronic display ahead of the driver. All Mini Electrics get standard navigation (so they can show nearby charging points to drivers in a panic), while climate control air-con keeps climate change discomfort away.

The differences come the moment you press the yellow-coloured starter toggle. 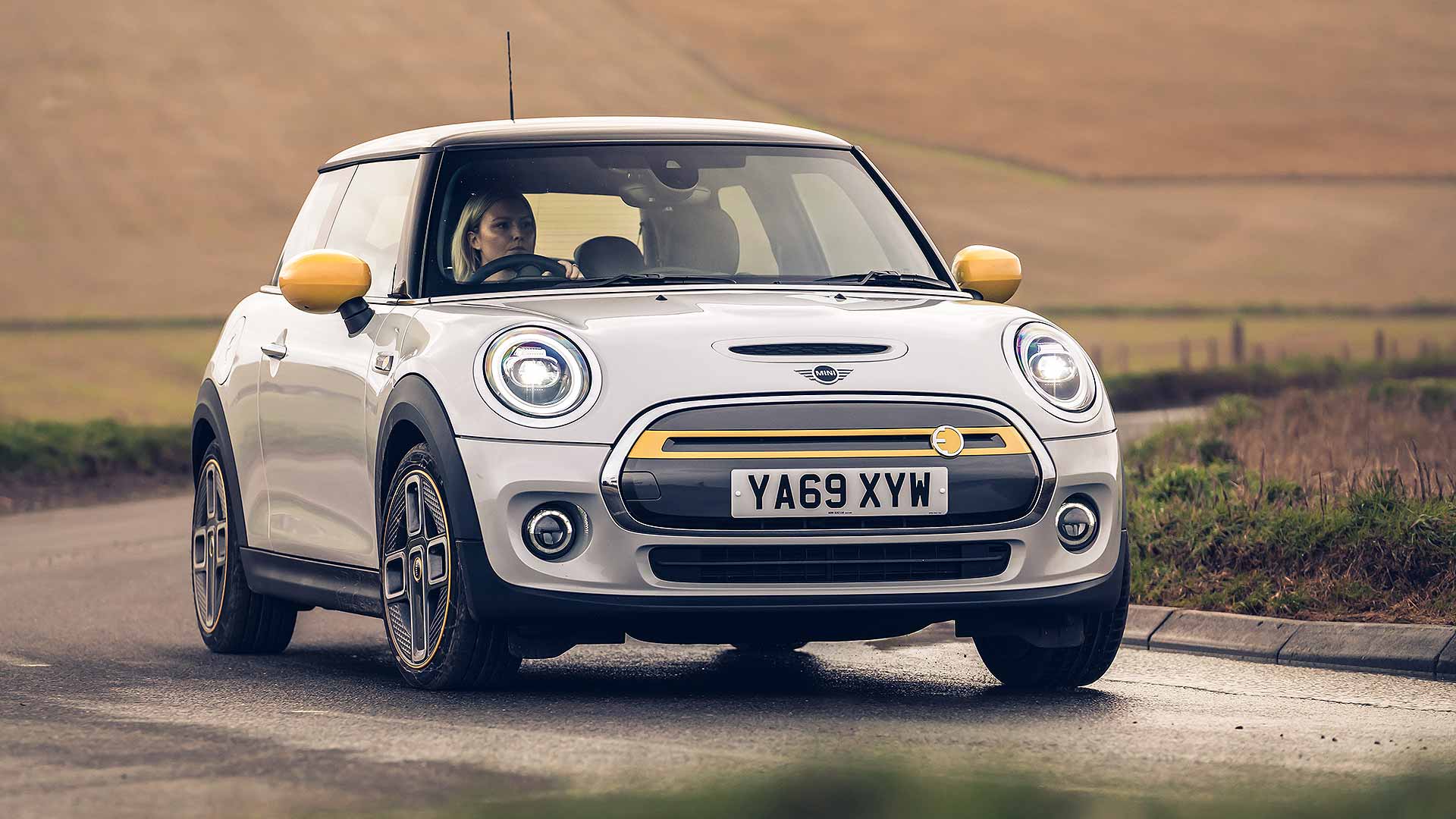 The Mini is a little car and you’re used to the connection with its sprightly turbo engines. But with the Electric, there’s silence. Pull the auto shifter back into ‘D’ and creep eerily forward, again without a peep. The loudest noise you’ll hear is the crunch of gravel under the tyres.

For a car that, in classic original guise, deafened its occupants, this is a massive transformation. The satisfying simplicity is enhanced by an unusual feeling of accuracy – it’s somehow easier to move the Mini Electric along at exactly the pace and distance you want. Low-speed manoeuvring is brilliantly easy.

The electric motor is basically the same as in the BMW i3, a very popular premium electric car. BMW’s years of experience with the technology shows. The Mini Electric is fast, fluid and seamless, with a sophistication lacking in some other electric cars. It has a superb traction control system, too, which lets you use its mountain of surge to the max, without the steering wheel fighting in your hands. 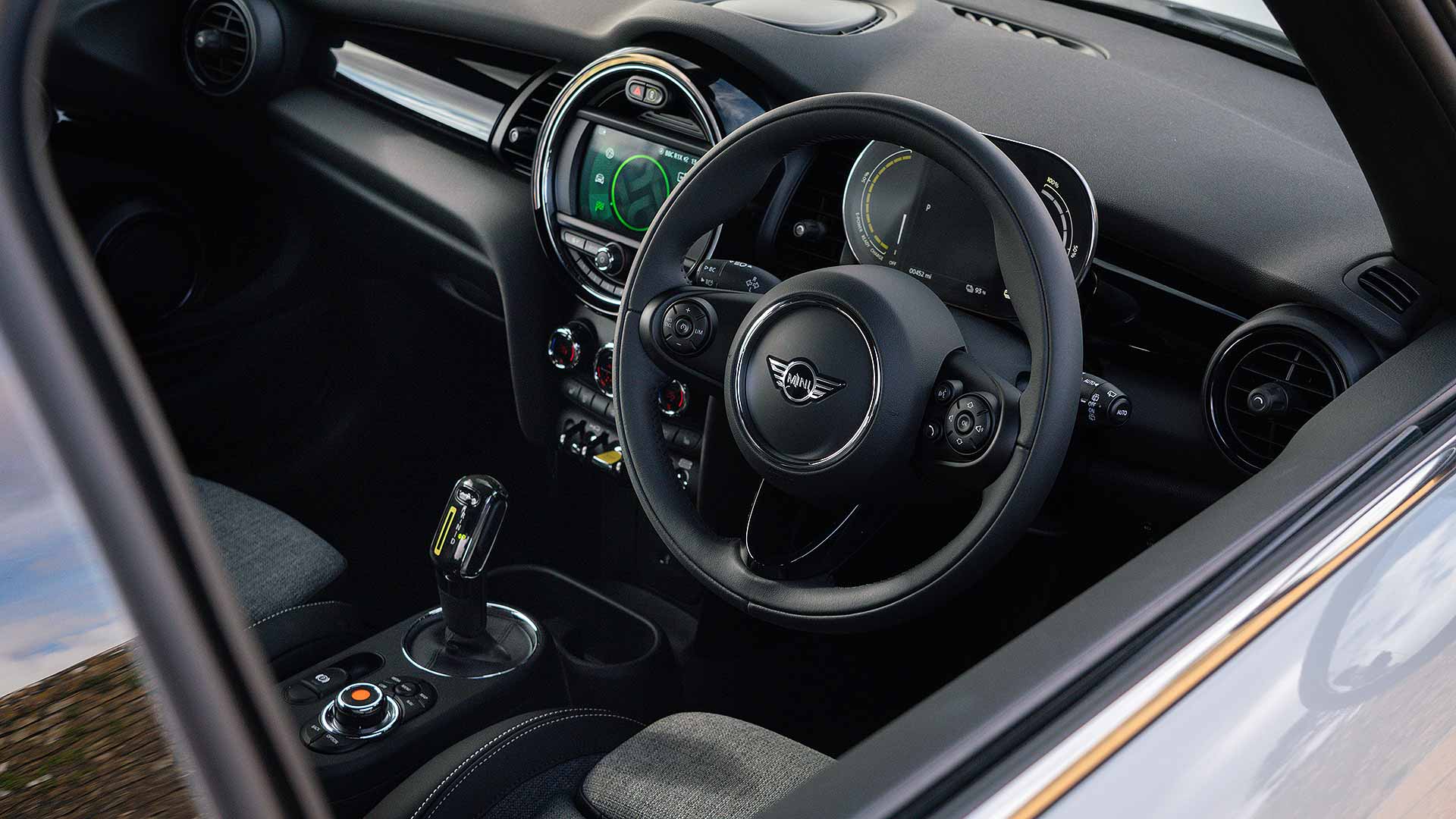 A toggle on the dashboard lets you choose the amount of regeneration when you lift off the accelerator. It defaults to heavy regen, so taking your foot off the pedal is like tapping the brakes. This does feed energy back into the batteries, though, and once you get used to it, you can drive the Mini Electric with just one pedal. Choose mild regen for a more normal experience (the toggle glows orange, to discreetly scold you).

It’s heavier than a regular Mini, so it’s perhaps not quite as agile. It’s still way nimbler than most cars though, responding with alacrity to the steering in that well-loved chuckable Mini way (it has, ahem, a ‘go-kart feeling’). Because the batteries are mounted so low, most of the weight is close to the ground, further enhancing stability.

The controls work impeccably, with premium engineering. Steering weight and feel are superb, the brake pedal is less sloppy and jerky than in other electric cars, and the response to the accelerator pedal is instantaneous. And while it has a taut, jiggly ride, the suspension also works quietly, and eases away any crashy harshness.

Inside, it’s high quality, and Minis still feel special to sit in – with their long dashboard and upright windscreen. The firm front seats are lovely and supportive and the rear seats, of course, are microscopic. But although the boot is compact, it’s no smaller than a normal Mini Hatch. Indeed, the packaging of the batteries is brilliantly compromise-free. You almost wonder how they managed it. 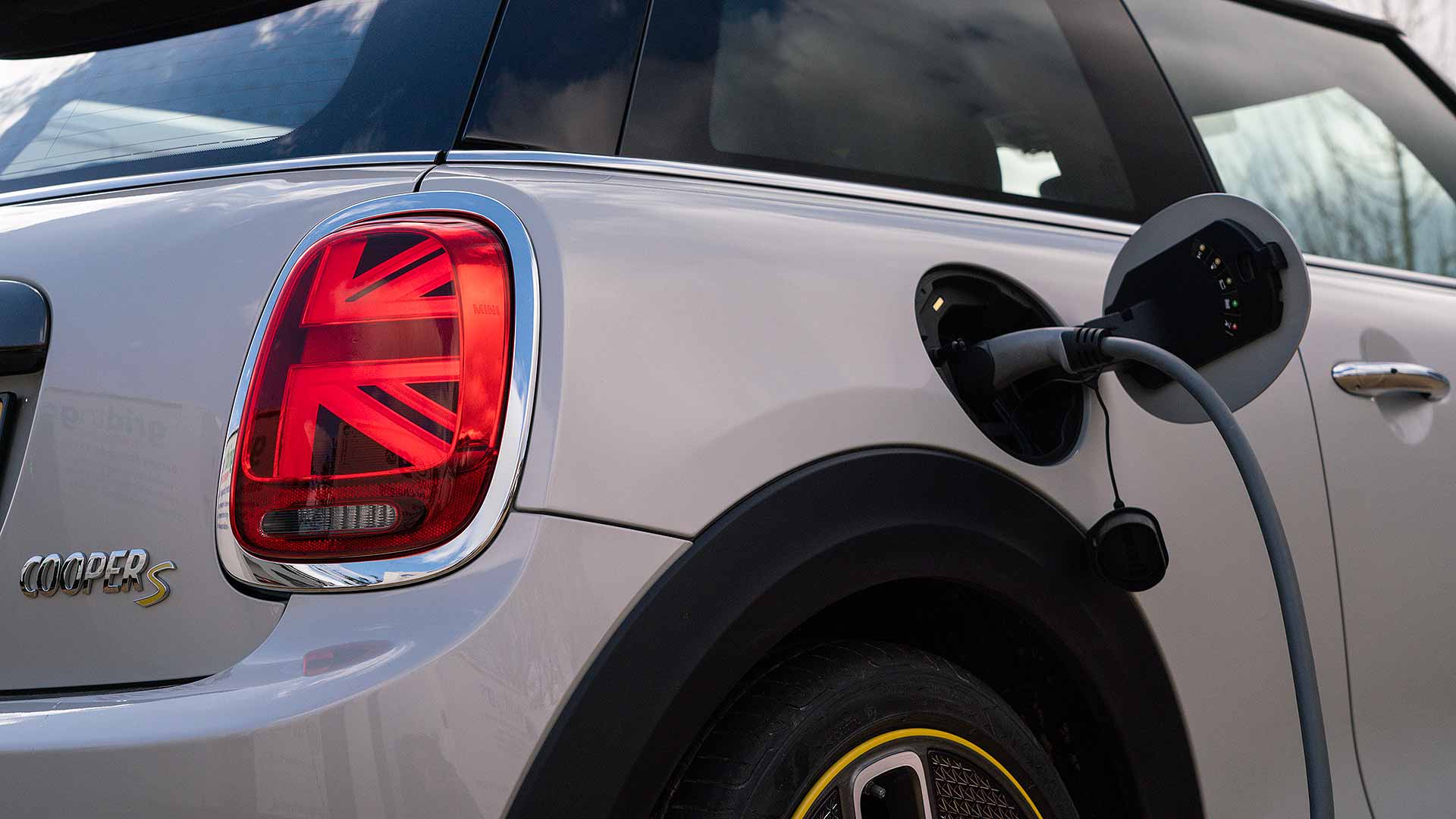 Battery capacity is how. The 32.6 kWh size is pretty much half the size of, say, a Kia Soul EV. The new Renault Zoe has 52 kWh, for an extra 100 miles of range compared to the Mini Electric. On a chilly February day, a 100 percent battery charge gave me just 83 miles’ range (although, by the end, I did add 11 miles to it, despite some eager driving).

Mini insists it won’t be a problem. This is a city car and owners are expected to charge overnight so their car is always ‘full’. Most motorists rarely cover more than 30 miles a day, anyway. Dealers will profile customers carefully to make sure they’re suited to an electric Mini.

For cautious buyers considering their first EV, though, such a limited range does nothing for buyer confidence. It’s undoubtedly the elephant in the room when considering the otherwise fantastic Mini Electric. 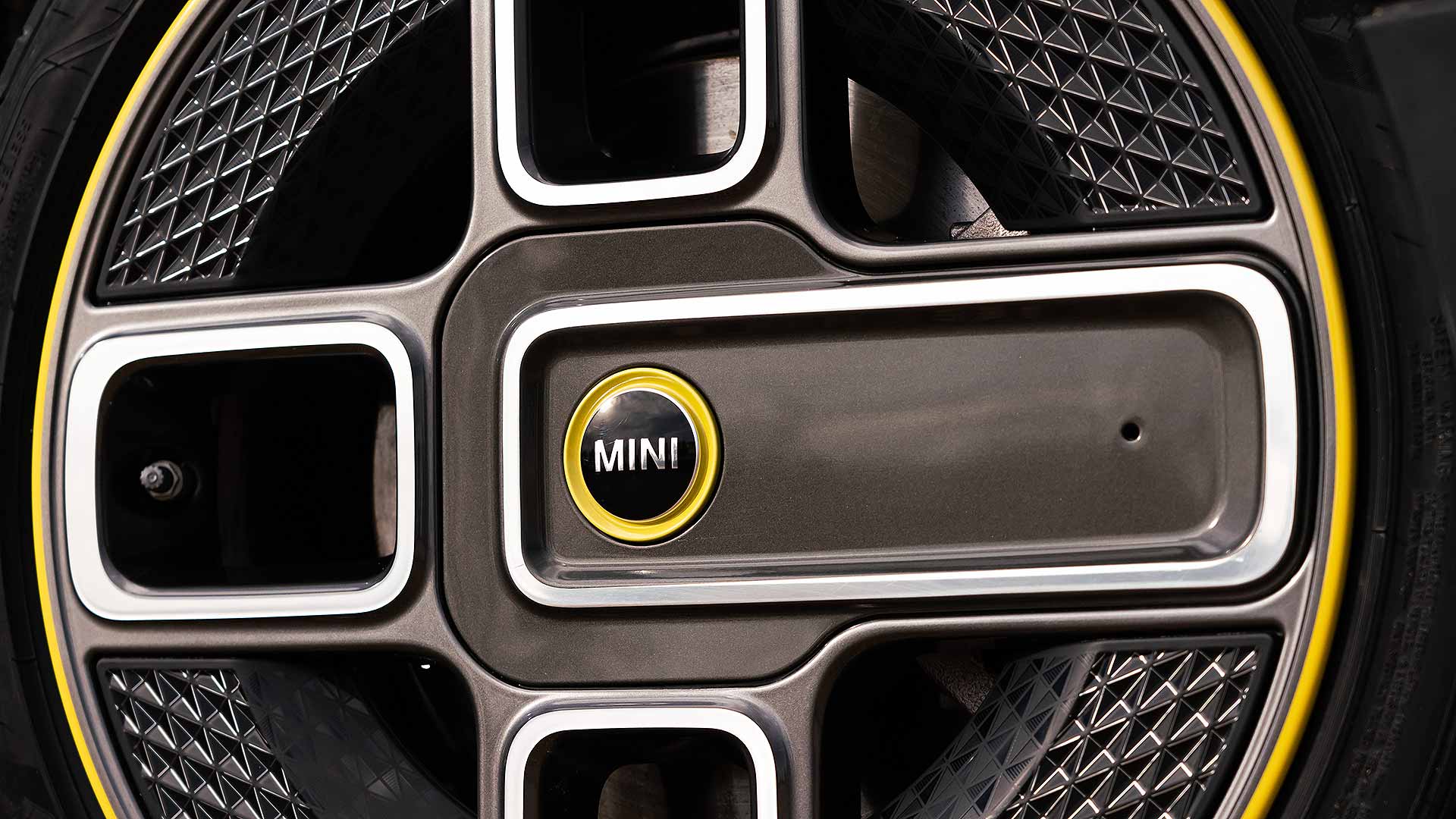 This is a charismatic, premium electric car that feels high class without, unusually for an EV, the high price tag to match. Because everyone loves Minis, this alone will generate huge interest, and the curious are guaranteed to be wowed when they drive it.

The limited range does nothing to ease anxieties, and will lose some potential buyers along the way to models such as the Renault Zoe or Vauxhall Corsa-e. But if ever a car was likely to force people to think how they actually use their cars – and realise going electric is not only perfectly viable, but actually more convenient than driving petrol or diesel – it’s the Mini Electric. It really is that appealingly, authentically ‘Mini’.