More pint-sized Rolls-Royce than rebadged Rover, the David Brown Mini Remastered is luxury on a Lilliputian scale. We drive it around swinging London. 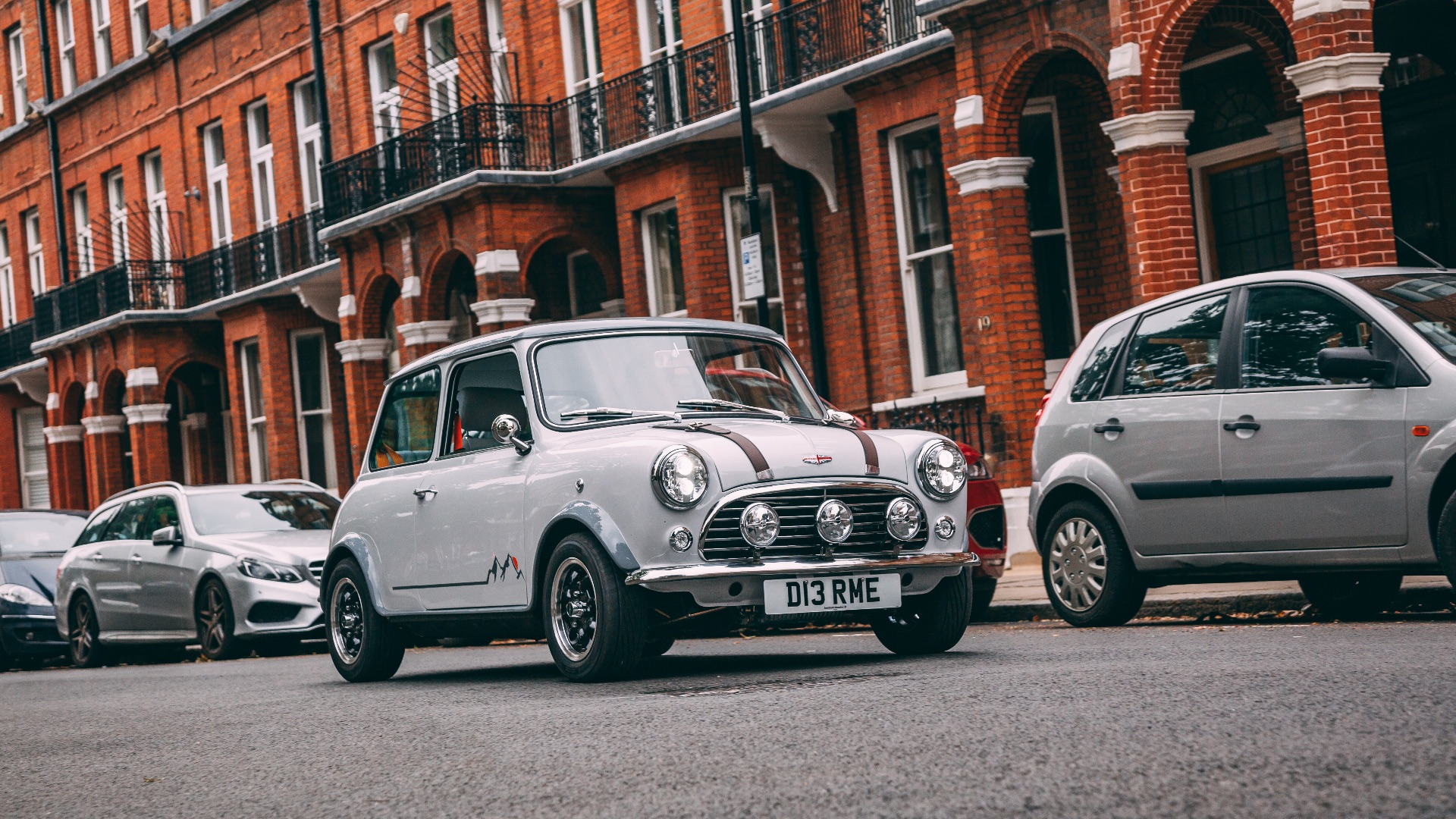 My first car was a Mini. If you’re fast-approaching middle age, yours probably was too.

I bought my (t)rusty 1983 Mini City for £325, sprayed go-faster stripes on the bonnet and shoehorned a subwoofer into the boot.

After passing my test, I enjoyed one day of glorious freedom, then crashed it in Croydon. Result: a write-off. My Mini adventure was over before it began.

Twenty-four years later, those memories are all flooding back: the Tardis interior, the bus-like steering wheel, the whining gears, the rorty A-Series engine. I’m driving a Mini again, but this one took 1,400 hours to hand-build and its stripes weren’t applied with a rattle-can.

That price tag – anything from £90,000 to £130,000 – is impossible to ignore, but the David Brown Mini Remastered isn’t a mere Mini. Its strengthened, de-seamed and rust-resistant bodyshell is all-new, a donor engine is rebuilt for 30 percent more power (71hp, plus 88lb ft of torque) and its interior is lined in plush leather and knurled aluminium. 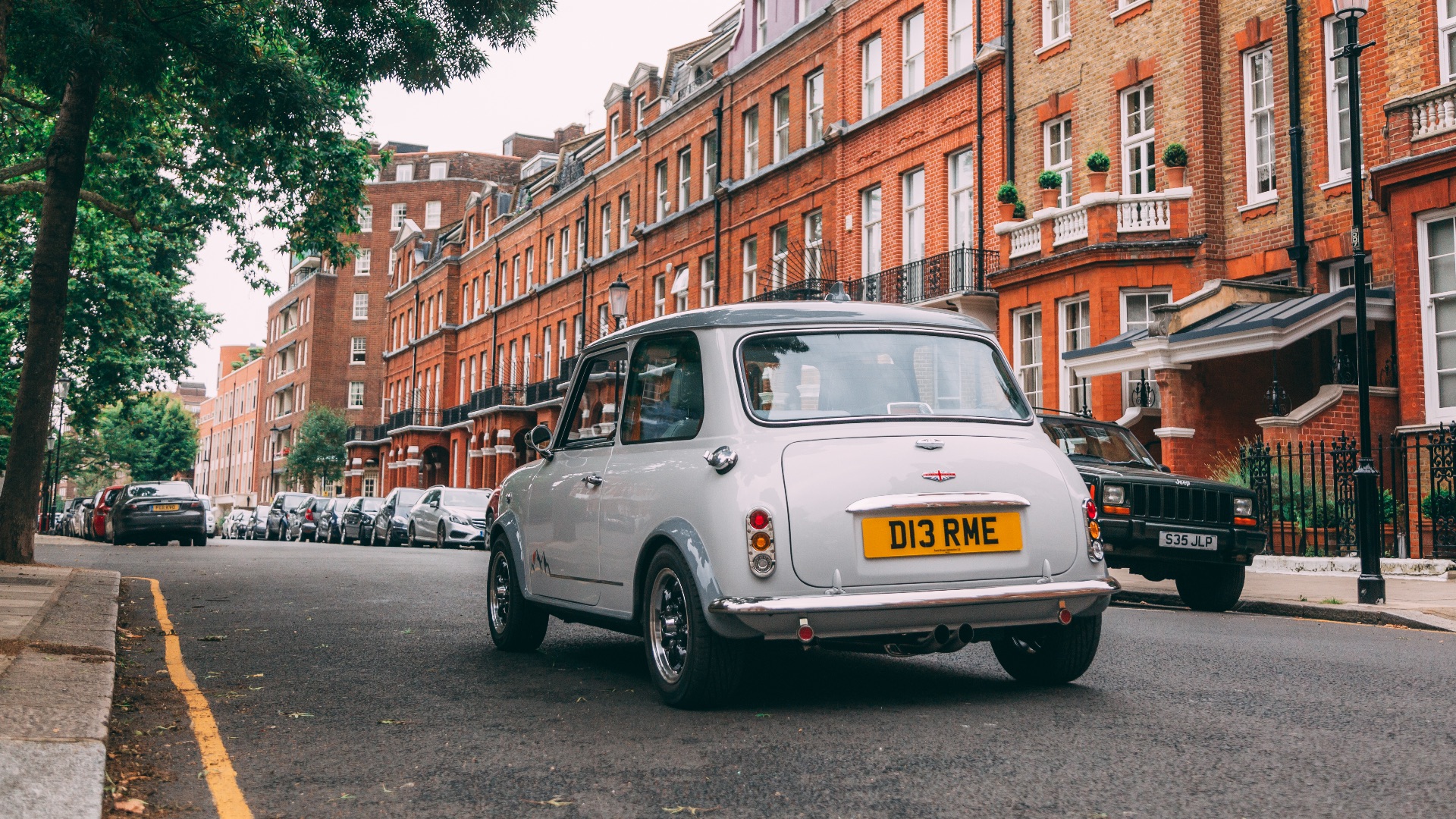 There’s no such thing as a ‘standard’ Mini Remastered either. David Brown Automotive can match the paintwork to your shoes or lipstick, embroider your family crest on the seats and offer carpets made of leather or deep-pile wool (neither sounds particularly practical).

Everything is bespoke, limited only by your largesse. My must-have from the accessories catalogue is an open-face crash helmet – colour-coded, of course – and pair of flying goggles. Chocks away!

Found a BMW for comparison… pic.twitter.com/Svv05oTaQl

This particular Mini has an Alpine theme and was originally supplied with a teak roof rack and hand-made skis, although they’ve been detached for a blazing July day in Battersea. Shame the matching picnic hamper is missing, too. David Brown’s PR people have prepared a ‘swinging London’ playlist, so six speakers kick into The Who’s My Generation as I press the start button. This feels like a nostalgia trip already.

Driving a Mini forces you to recalibrate your reactions. Its steering is so sharp, so hair-trigger responsive, my brain feels hard-wired into the wood-rimmed wheel. The ride is firm, bordering on bouncy, but the pay-off is handling that shamed most 1960s sports cars – and made the Cooper a giant-killer on the rally stage.

The Mini seems to pivot on its own axis, clinging to corners like an eager puppy with a chew toy. As I blast across Clapham Common, T. Rex’s 20th Century Boy on the stereo, I can’t suppress a smile. 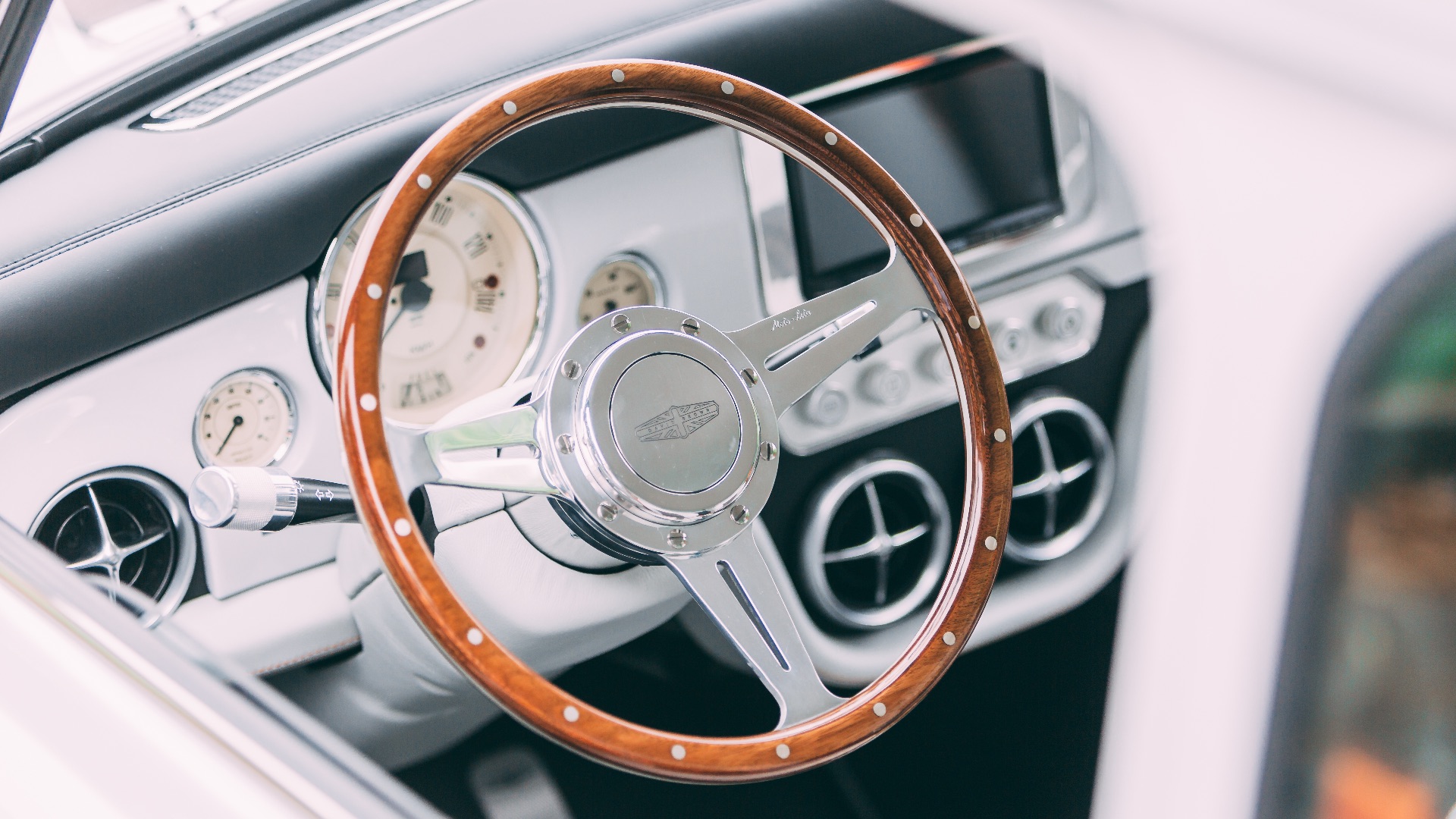 It’s still a brilliant city car, too. Punchy power delivery and a tiny footprint (a metre shorter than a Ford Fiesta) make light work of traffic around Elephant and Castle. The fact that everyone let you out of junctions also helps; you don’t get that in a Porsche, nor will you turn half so many heads.

Despite extra soundproofing, the 1,275cc engine is still pleasingly gruff, exhaling with occasional pops from the twin tailpipes. The optional five-speed gearbox is definitely worthwhile if you plan to venture beyond London limits, though.

The Mini is the best-selling British car of all time, with 5.4 million made between 1959 and 2000. David Brown’s ambitions are modest; it currently builds just one car a week and hopes to double that later in 2020.

The notion of a £90,000 Mini is crazy, of course, yet the demand is clearly there. And after a few hours criss-crossing the capital, I’m also in thrall to its charm. Roger Daltry hoped to die before he got old, but the Mini has life in it yet.

The Range Rover Velar is now cheaper and greener