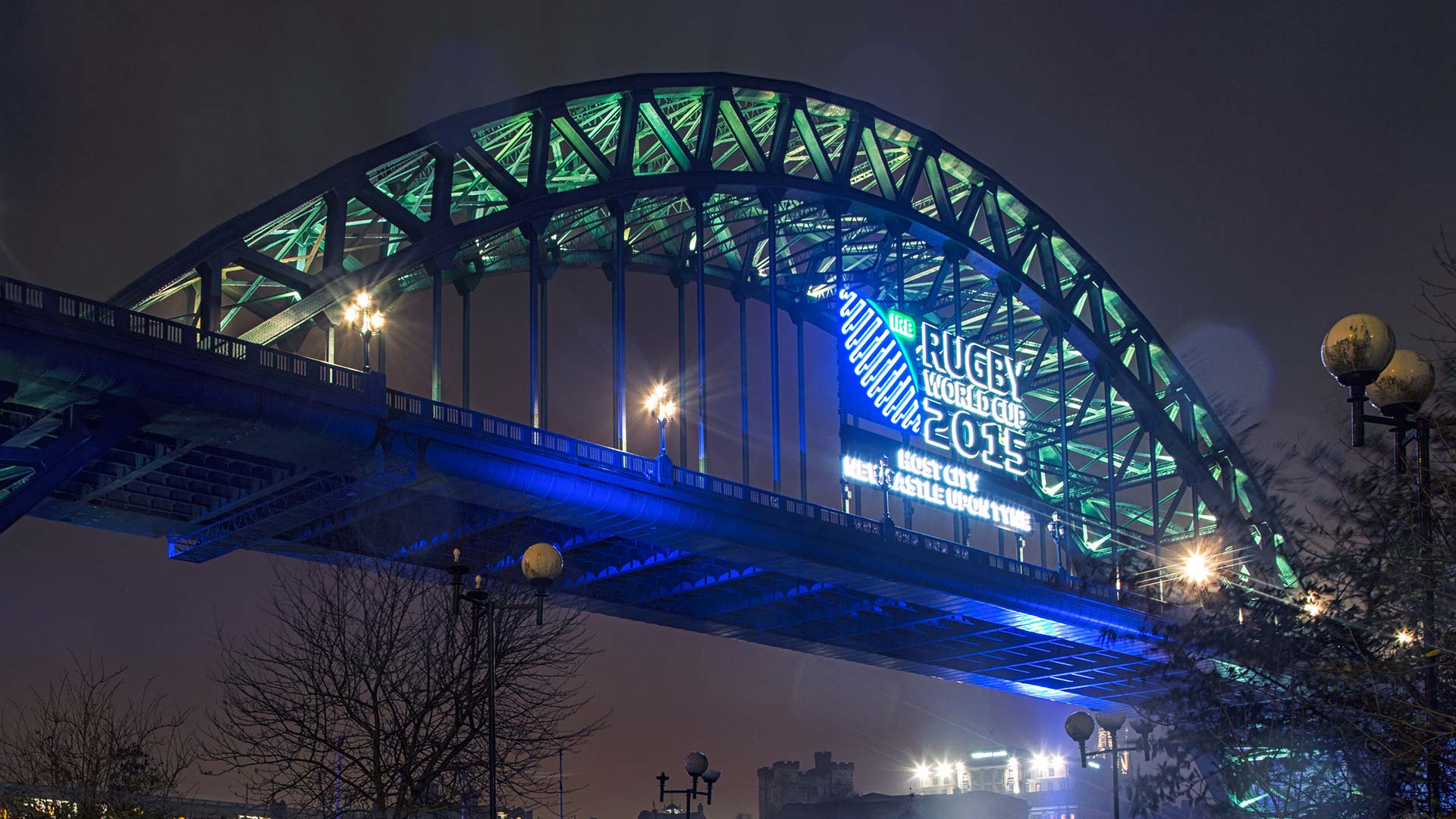 A legal order to improve air quality could see motorists in in Tyneside hit with substantial fees to drive into the centres of Newcastle upon Tyne and Gateshead. 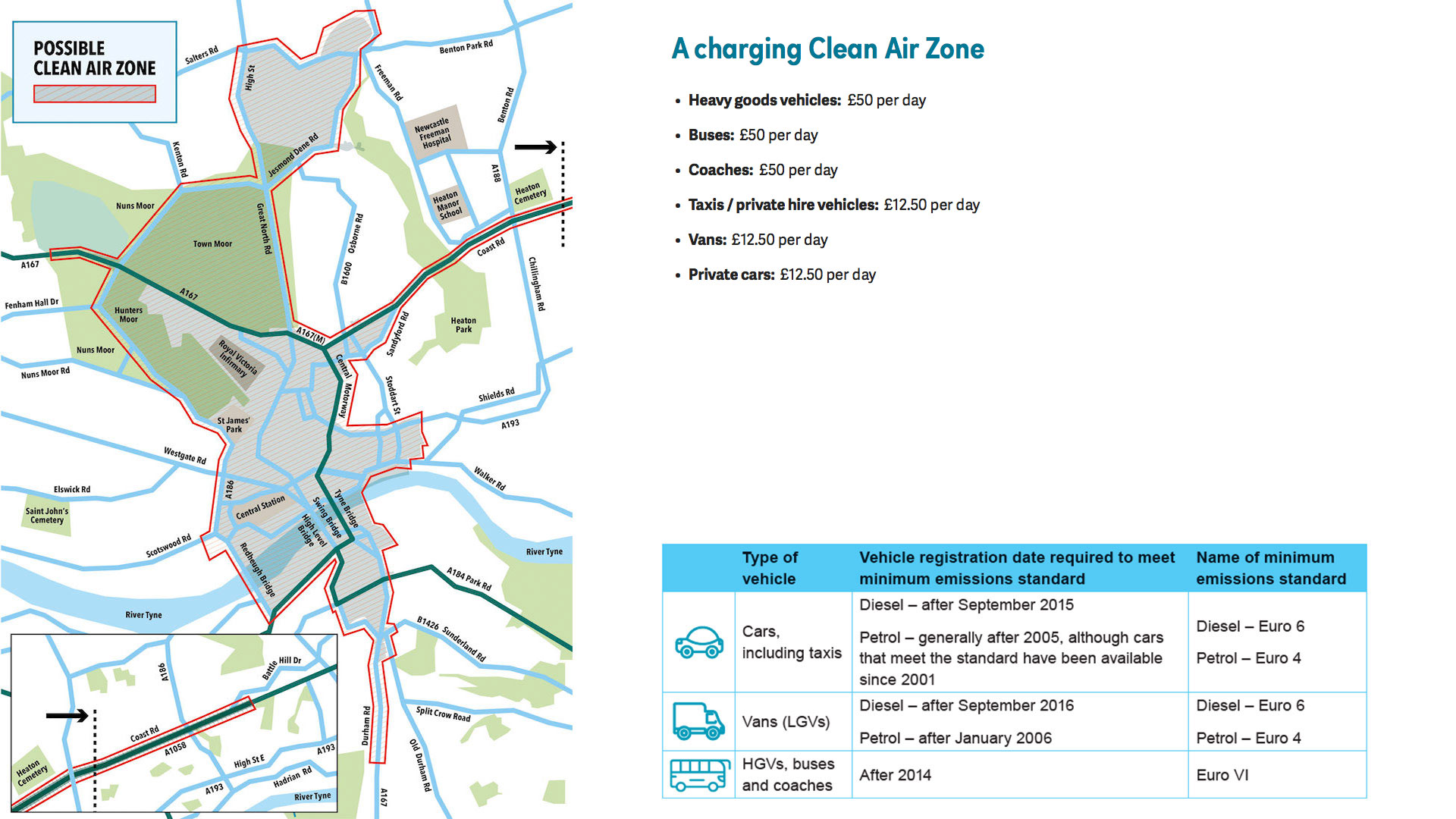 The Clean Air Zone option would see cars, vans, buses, and HGVs liable to charges to drive on roads in the centre of Newcastle and Gateshead. Key arterial routes, such as the A1058 Coast Road which stretches to neighbouring Wallsend, would also be included.

Suggested charges for HGVs, buses and coaches would be £50 per day, with private cars, vans and taxis paying £12.50 per day to access the included routes.

Vehicles meeting the latest emissions standards, such as EU6 diesel cars, would be exempt from having to pay the fees. 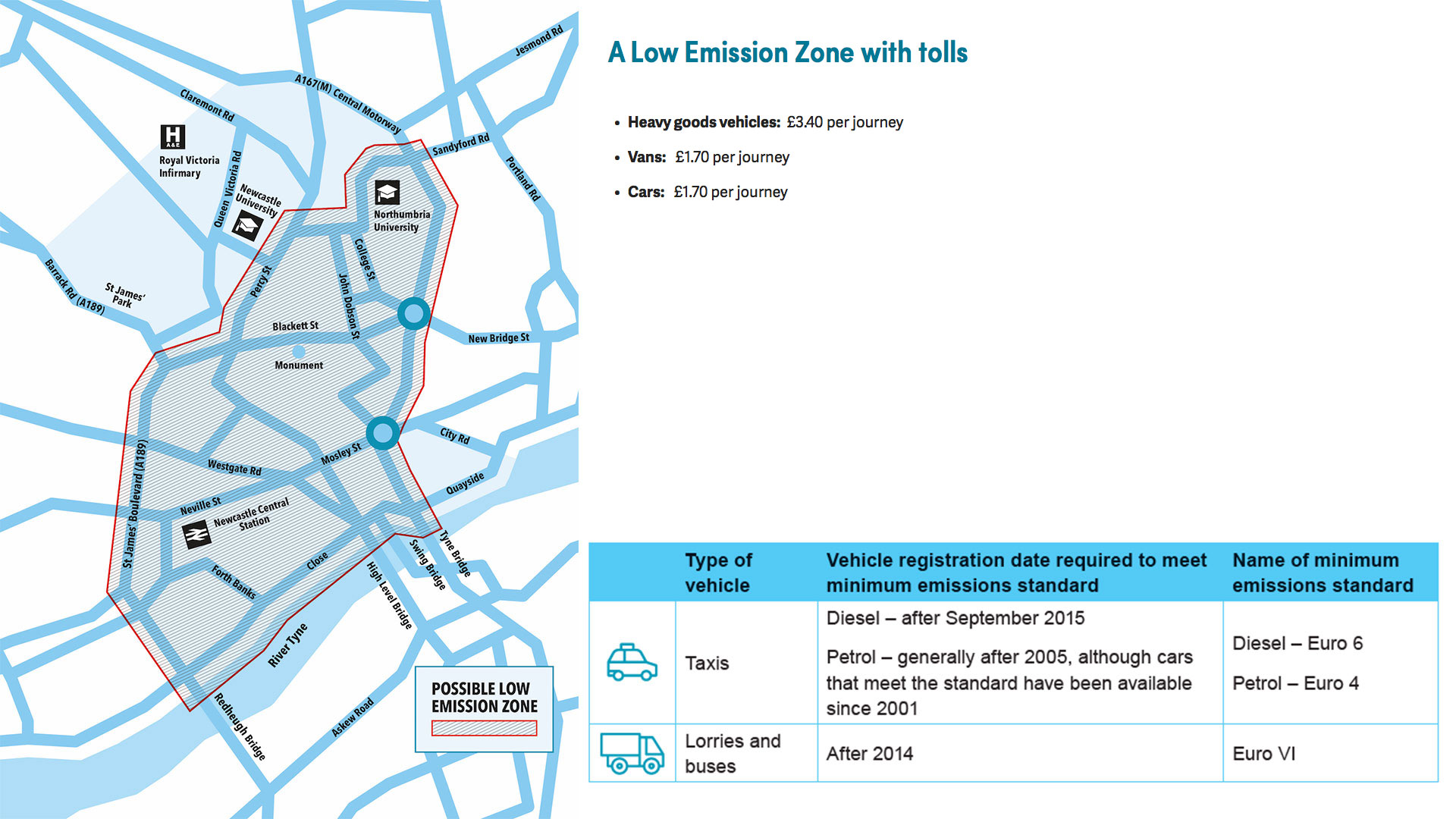 A smaller Low Emission Zone would limit the area included to just the centre of Newcastle Upon Tyne, using three of the areas iconic bridges as toll points.

Eligible vehicles crossing the Tyne, Swing, and Redheugh bridge would be liable for fees of £1.70 per journey for cars and vans, with £3.40 for HGVs.

A public consultation, which was extended until Sunday 19th May, aims to find the views of residents and business owners in the areas which would be most affected by the plans.

However, many residents have already expressed concerns at the high price of suggested fees, whilst bus operators have stated their opposal to the potential charge of £50 per day if the CAZ option is chosen.

The three local authorities will now review the consultation responses, before submitting a final scheme proposal to central government for approval later in 2019.