The 2021 Nissan Ariya will have an electric range of up to 310 miles, and a radical range-topping version offers 394hp and sports car levels of performance 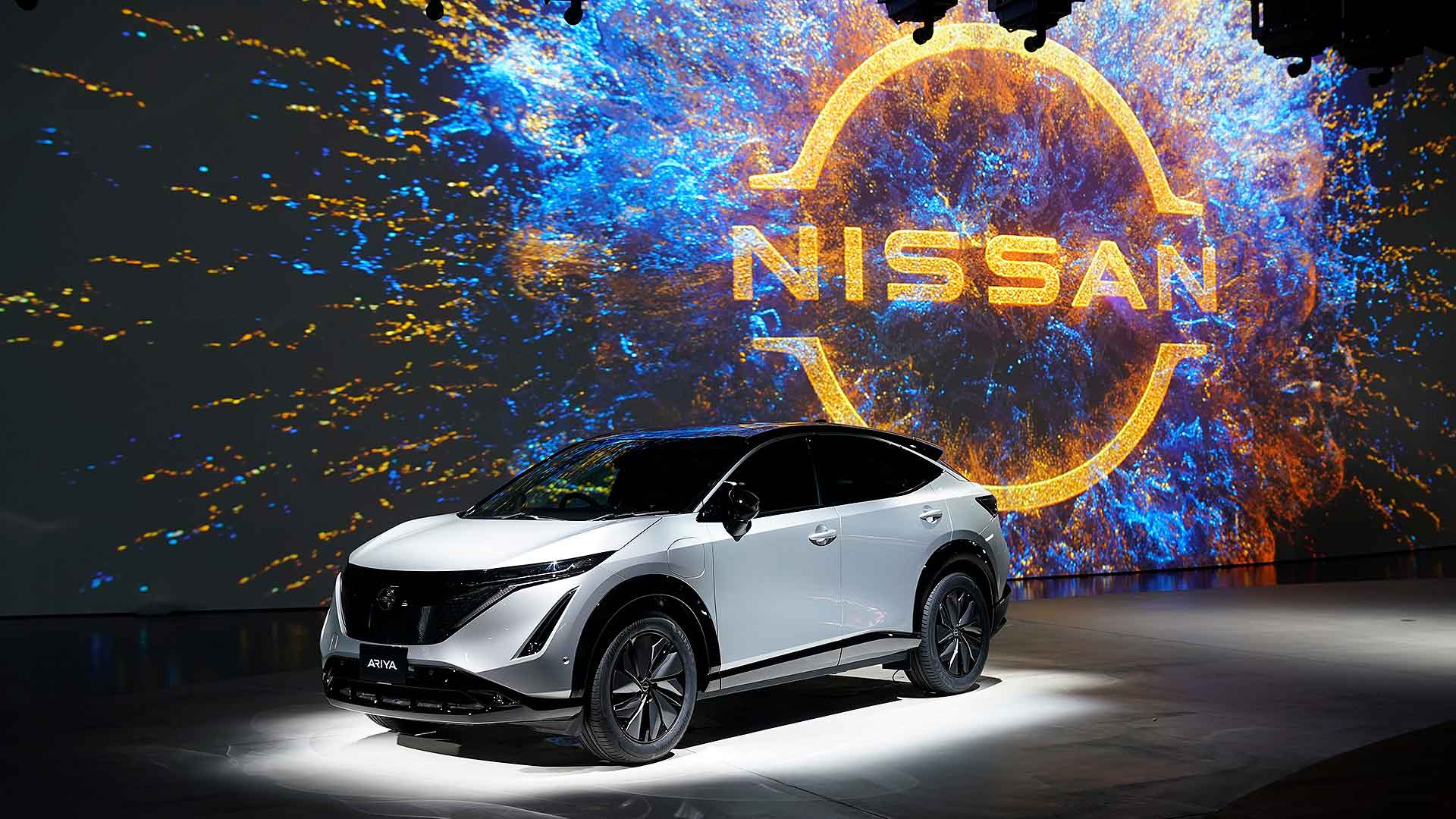 The Nissan Ariya is a new pure electric SUV with a range of up to 310 miles and futuristic styling that aims to kickstart the struggling Nissan brand.

It also comes in a surprise high-performance range-topping version with 394hp, 0-62mph in 5.1 seconds and an all-wheel drive system inspired by the Nissan GT-R supercar.

Built on an all-new electric car architecture, the Ariya has a distinctive front end with an LED-framed ‘shield’ and the first appearance of Nissan’s simplified new logo. 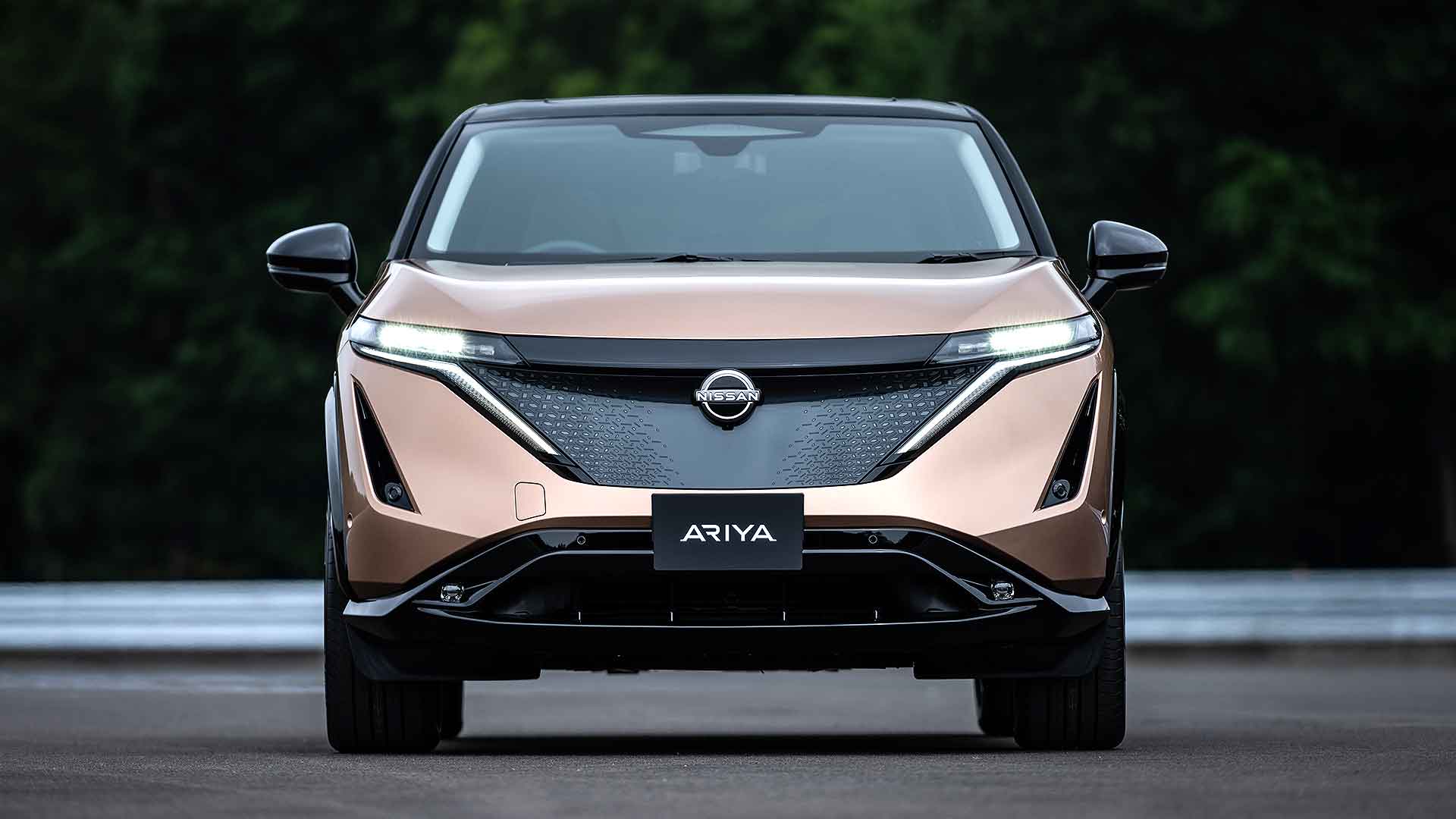 The sides are sleek and striking, and the rear has a distinctive rake and eye-catching LED lights.

Nissan says the short overhangs, coupe-like roofline and big wheels (19 inches are standard) are all a by-product of the 100 percent bespoke electric car underpinnings.

The interior is radical for a Nissan too, the firm likening it to a ‘café lounge on a starship’. 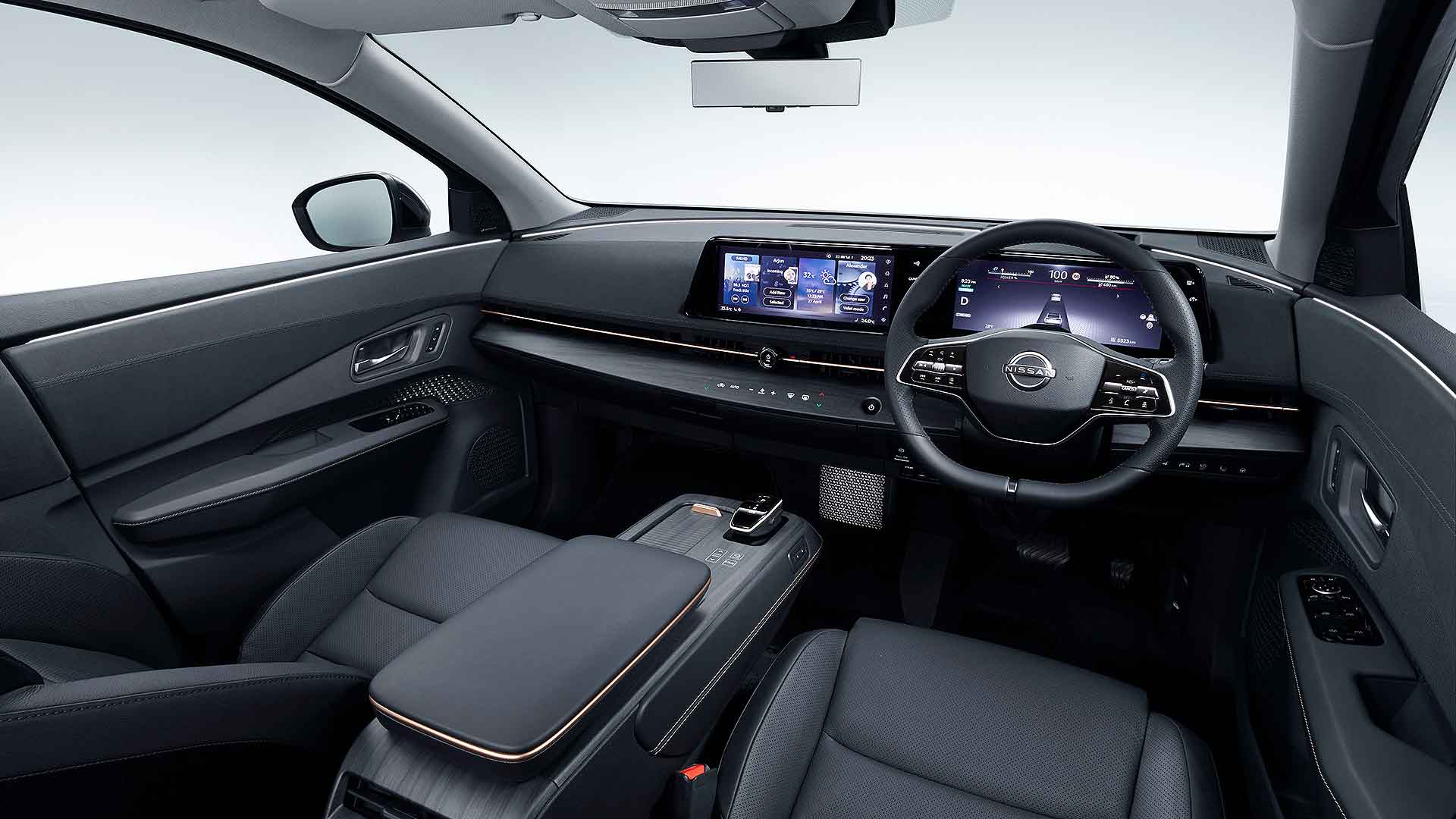 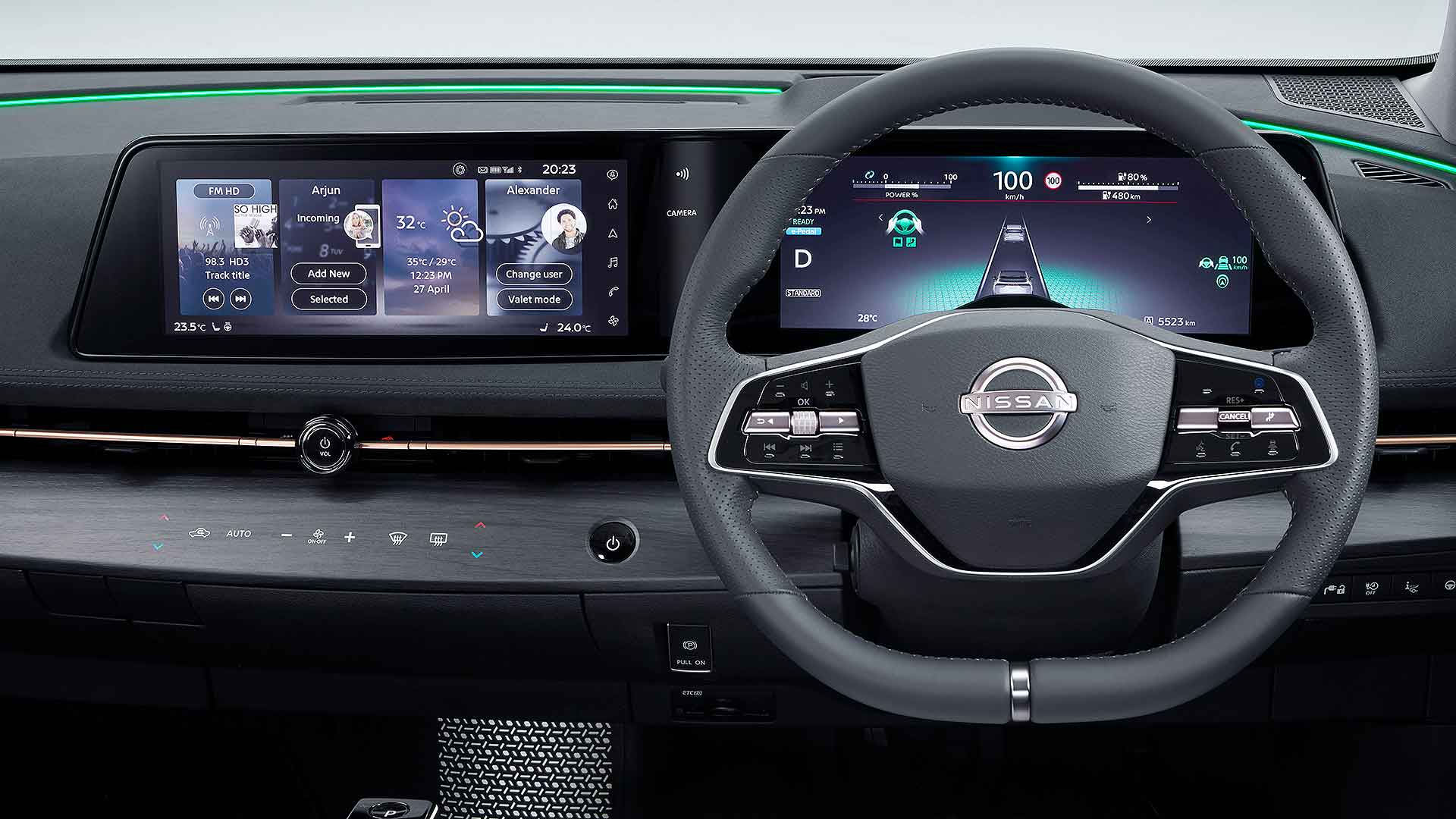 The roomy cabin allows those in the rear to cross their legs, while those in the front have a slide-out table in the centre of the dash that turns the car into a mobile office. 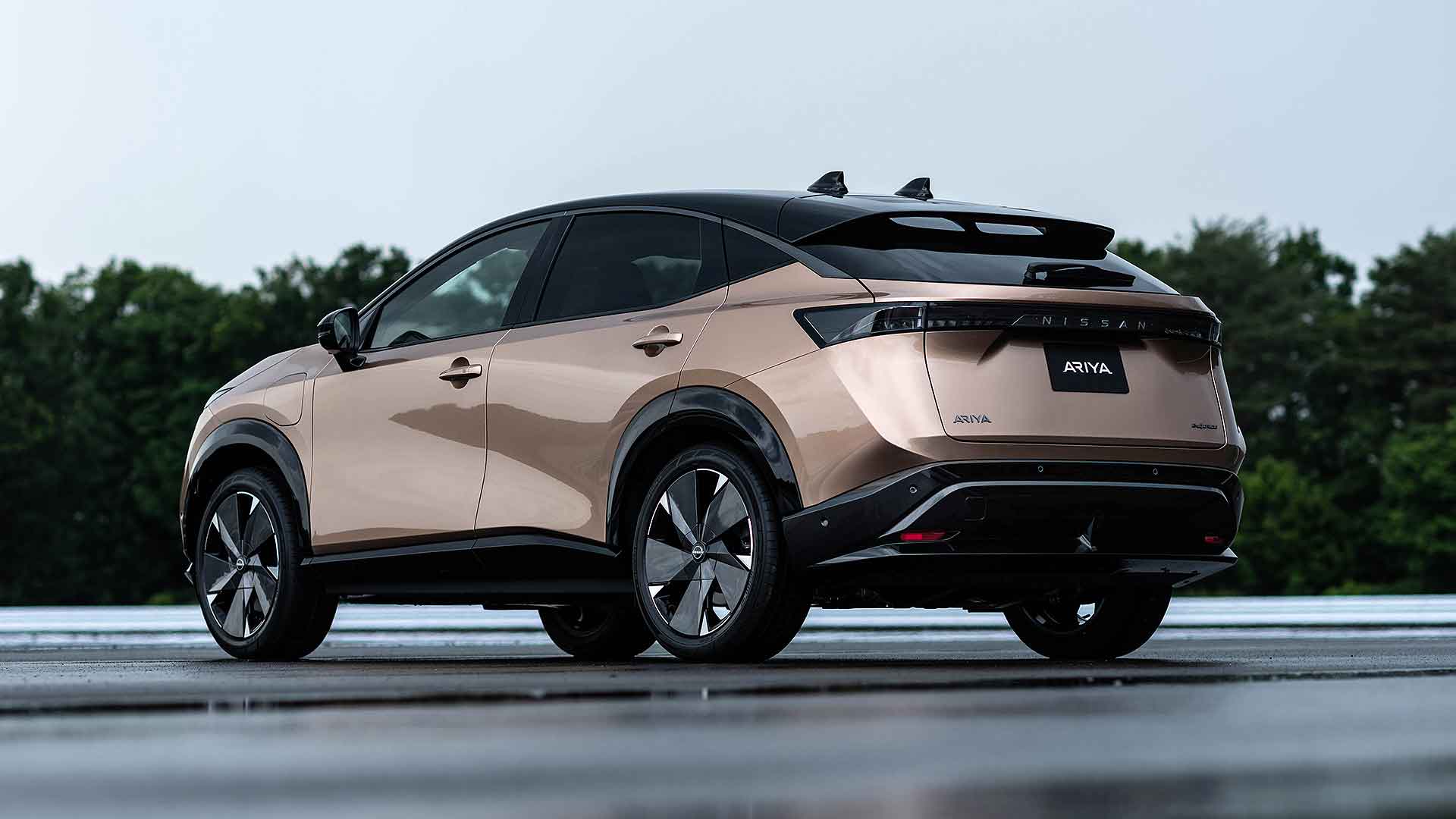 Nissan is offering the Ariya in both two-wheel drive and all-wheel drive guises: the latter is called ‘e-4orce’.

Both drive types come with either a 63kWh battery or an 87kWh battery, and the e-4orce is also available in more powerful 87kWh Performance version with greater output.

Bizarrely, there are five different power outputs in total:

The fastest Ariya does 0-62mph in just 5.1 seconds, making it a seriously fast performance SUV. Even the standard version does it in 7.5 seconds, though.

“The Ariya is also fast in a straight line, but it provides maximum, usable performance in a wide range of driving conditions such as on a snowy mountain road or on wet city streets.” 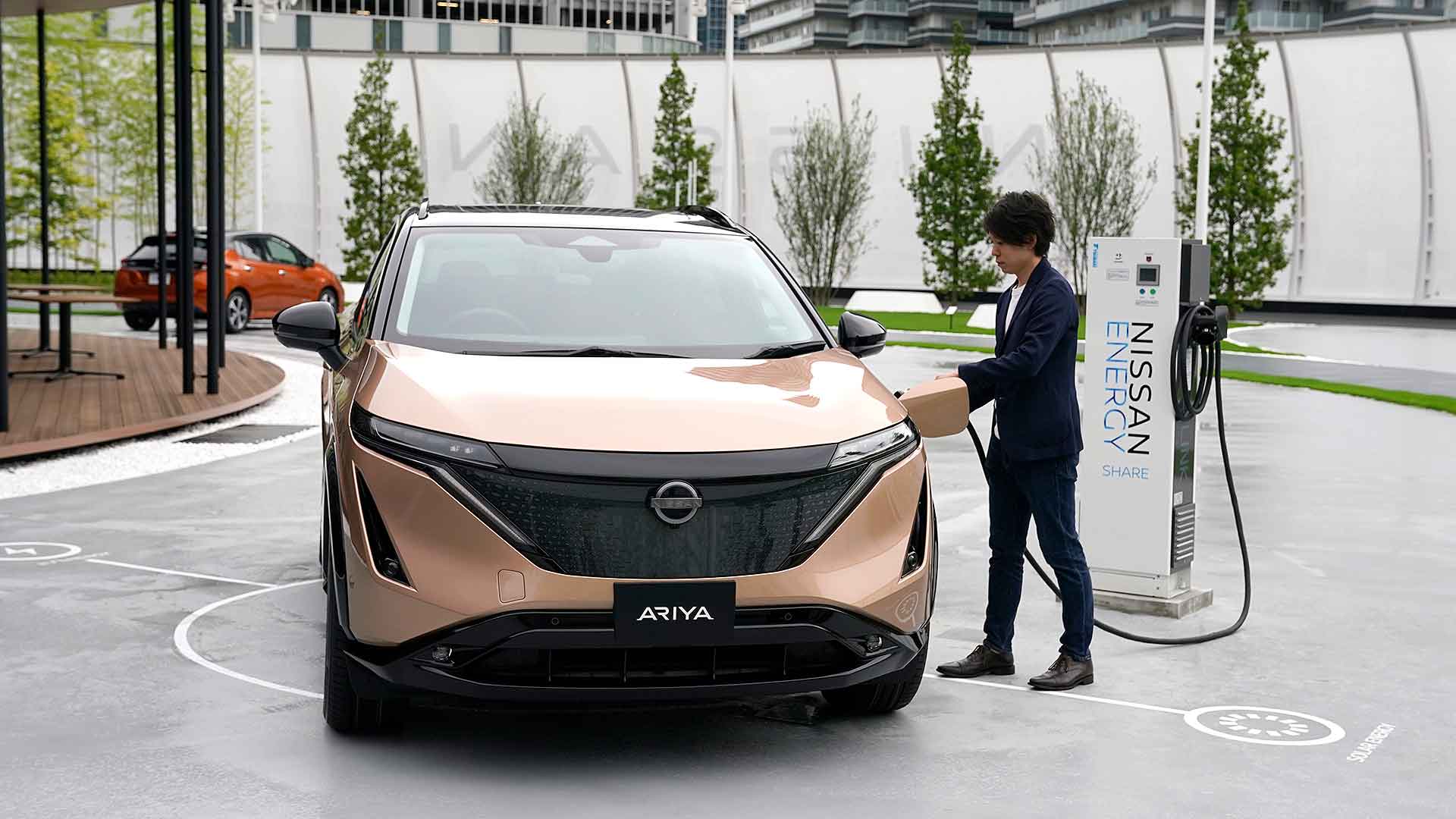 The electric car range is plentiful too, with up to 310 miles on offer:

Rapid charging up to 130kW is supported.

Nissan’s second all-electric vehicle, which will sit above the Nissan Leaf, arrives in the UK in 2021, and is set to compete with vehicles such as the Tesla Model Y and forthcoming Volkswagen ID4.

Prices are to be confirmed but are expected to start well in excess of £30,000.

Do you think this BMW ad is irresponsible?

This Swede is the world’s smartest driver