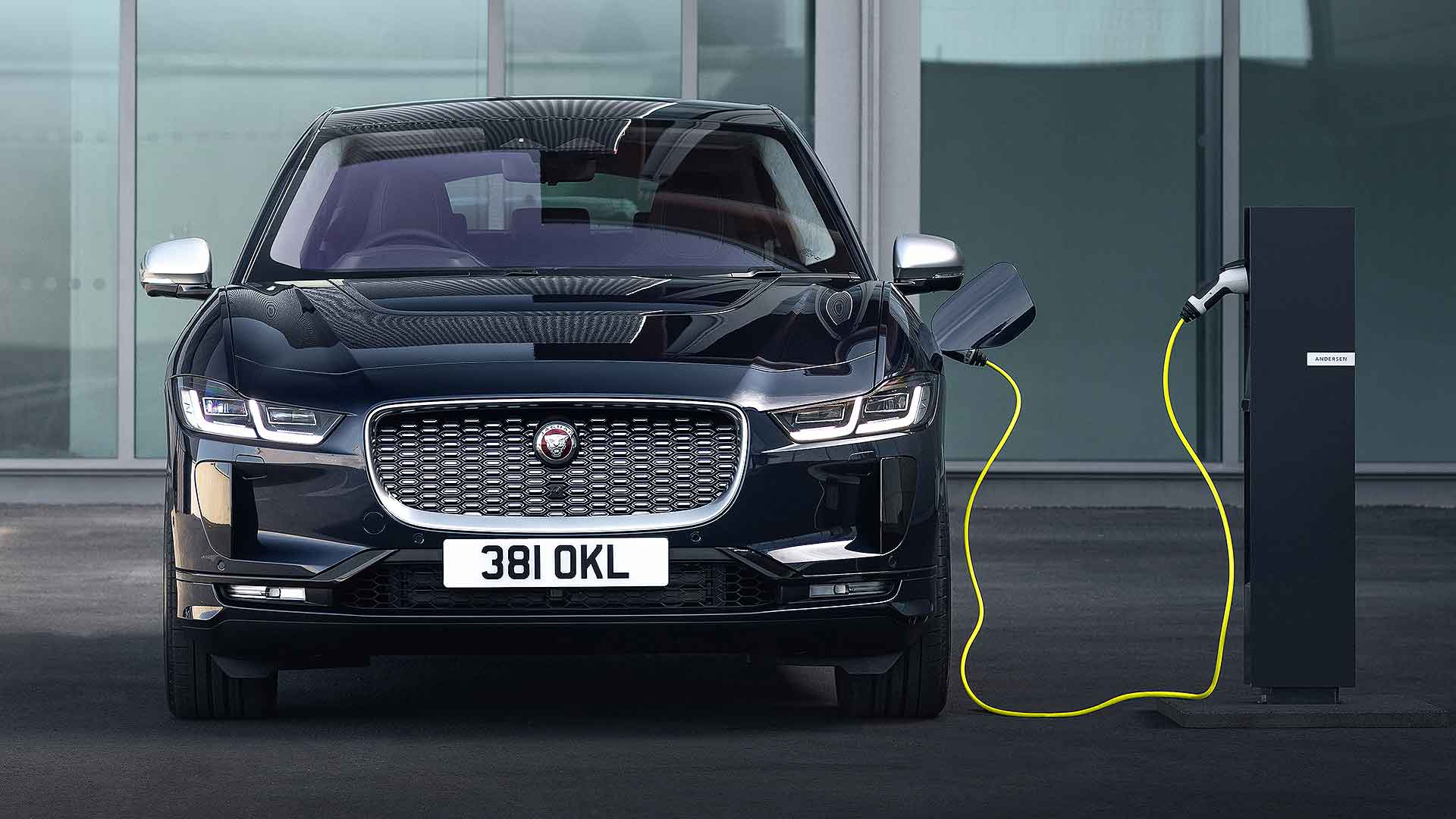 The Jaguar I-Pace electric SUV has received a new infotainment system and faster onboard charging in a package of 2021 model year changes.

The I-Pace becomes the first Jaguar to feature it. 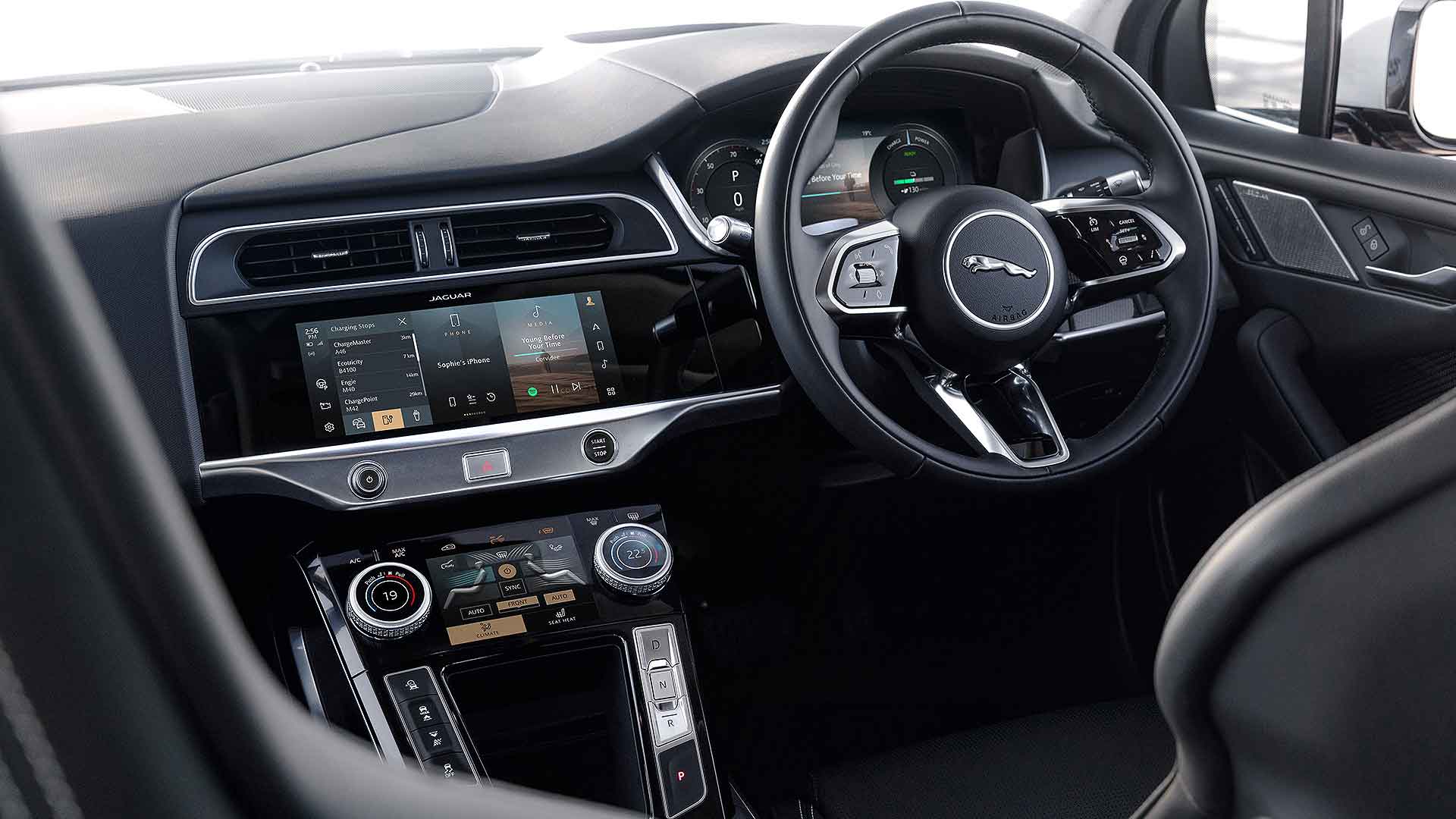 Said to be inspired by smartphones, the new system has a flat menu structure and is simpler to use.

It is also a lot faster than the old system – Jaguar promises fast start-up means the system “is ready to go by the time you’re in the driving seat”.

A 4G SIM with data plan is standard, Spotify is embedded, and standard Bluetooth can connect two phones at the same time.

Apple CarPlay and Android Auto are available too. 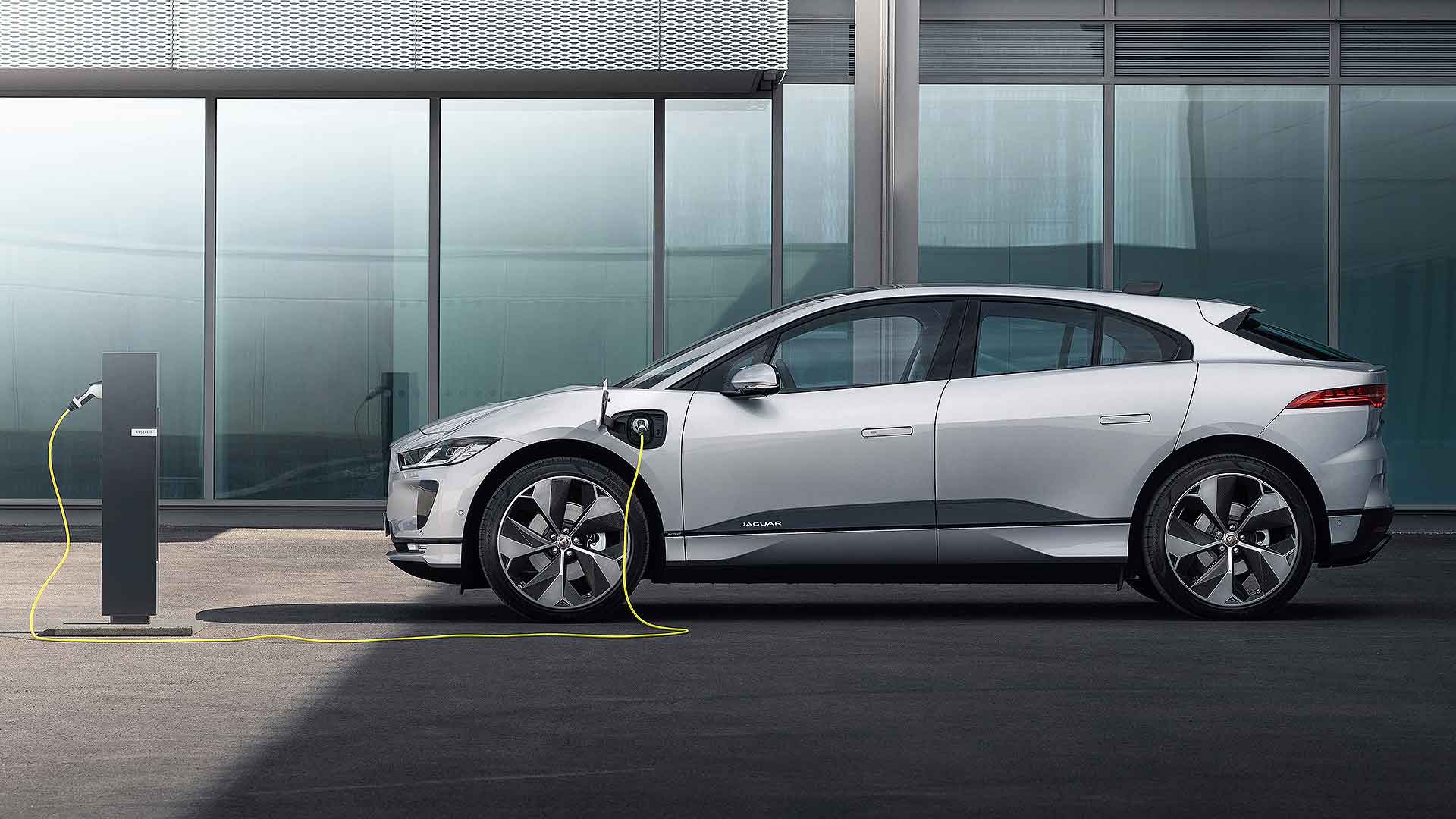 Jaguar has fitted a more powerful 11kW onboard charger as standard to the 2021 I-Pace. Those with three-phase electricity can add 33 miles of range per hour – charging from flat to empty in 8.6 hours.

Those with 7kW wall boxes get 22 miles of charge per hour.

It keeps the same 90kWh battery, and driving range of up to 292 miles.

This was previously increased by 12.5 miles using learning from the Jaguar I-Pace e-Trophy racing series. 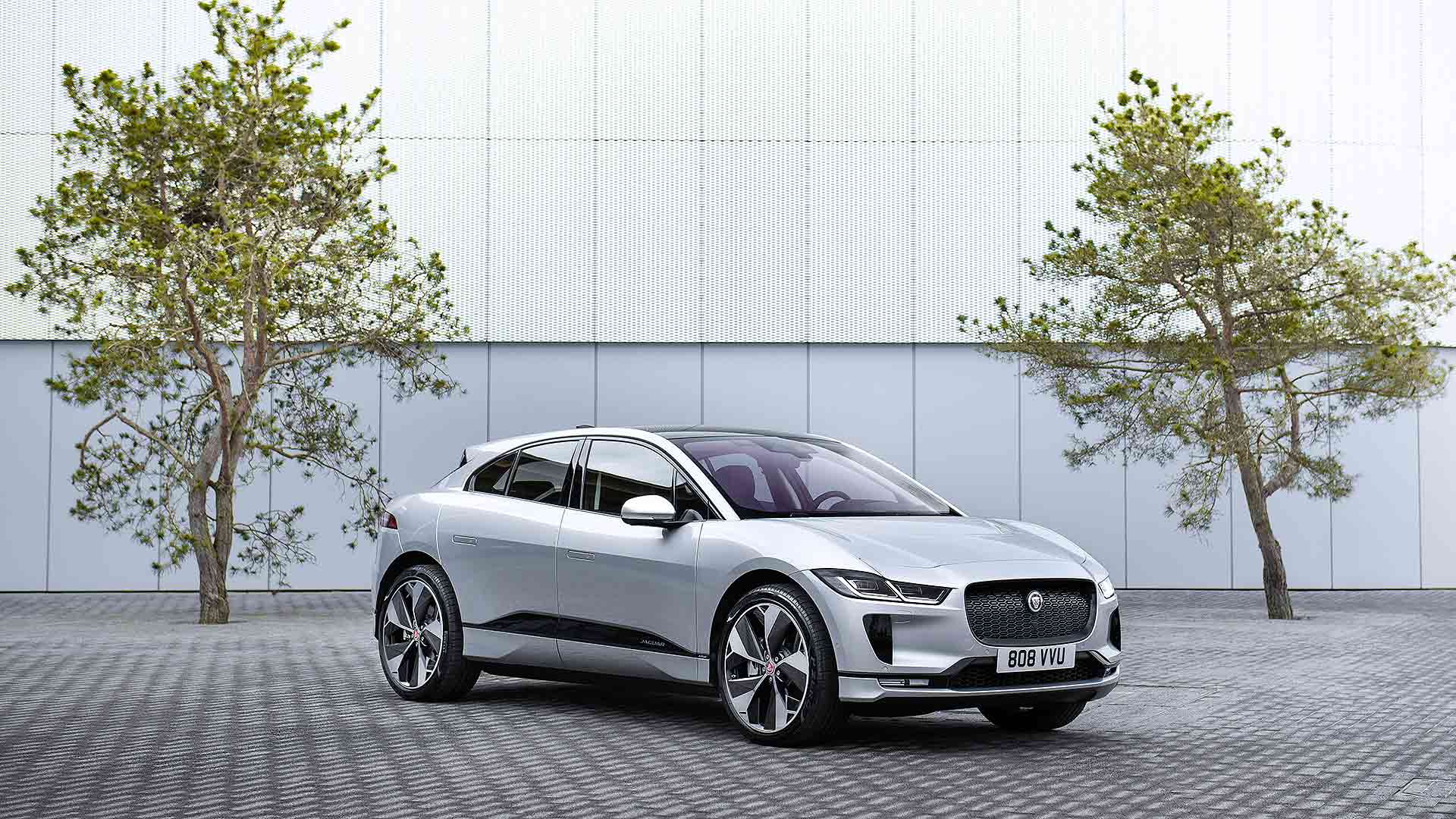 Other updates include an improved cabin air ionisation feature that can filter out ultra-fine PM2.5 particles and allergens.

Owners can pre-set a process to filter the cabin air before a journey. 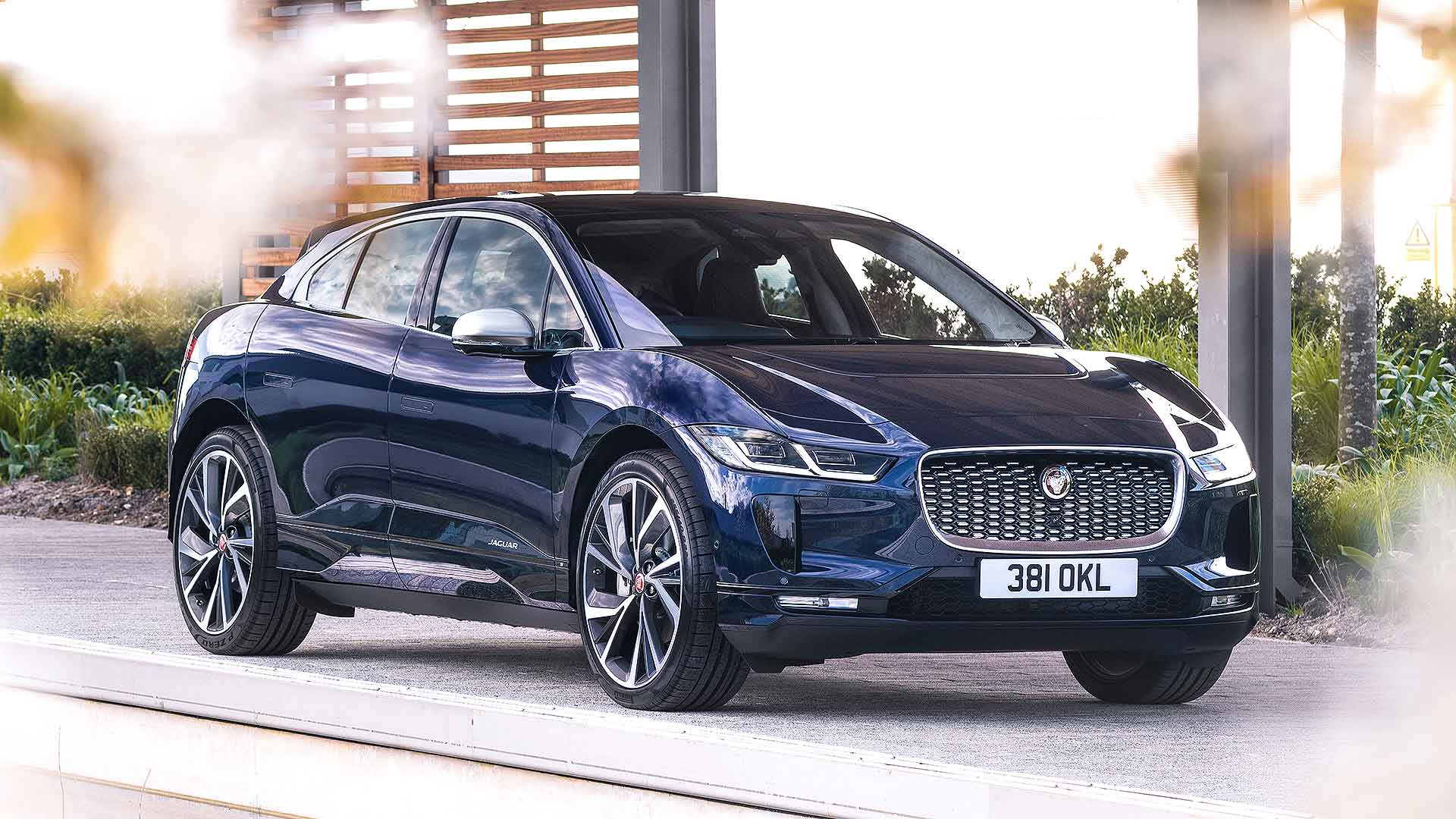 The Clearsight rear view mirror first seen in the Range Rover Evoque is now available in the I-Pace.  A powerful Meridian 3D surround sound system with 16 speakers and a subwoofer is also offered.

It is the latest update for a car that scored an unprecedented triple in the 2019 World Car Awards, including being voted overall World Car of the Year.