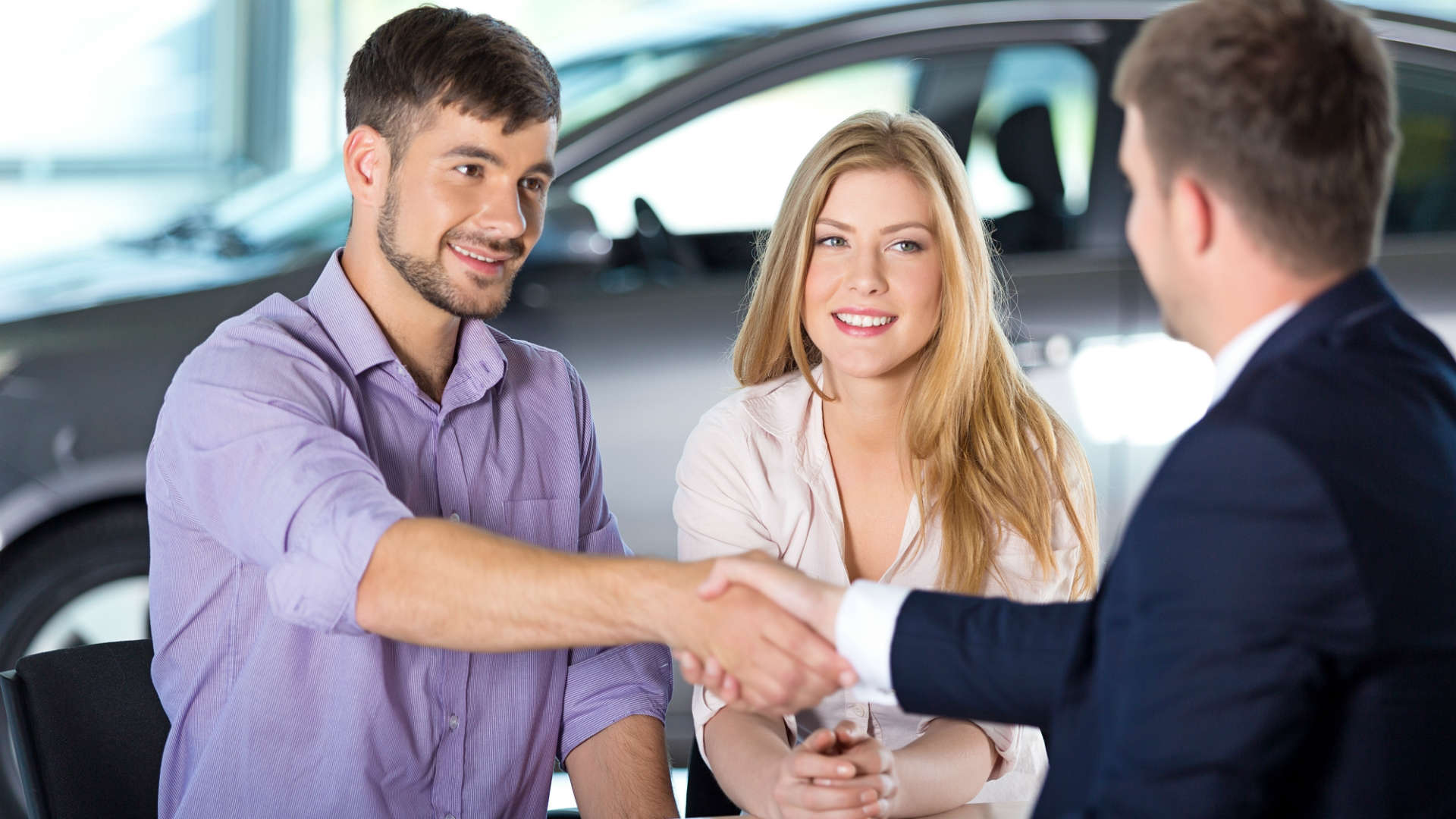 Buying a car on finance has never been more popular among cash-strapped motorists, with as many as nine out of ten new car buyers now reportedly choosing credit over paying in full.

That’s according to figures provided by the Finance & Leasing Association (FLA) – the trade body for the motor finance industry – whose members report that 90.1 percent of their private, new car sales were made on credit in the 12 months to May 2019.

So why the interest in buying on tick? Plummeting interest rates are partly to blame, as there’s virtually no incentive to save. So even an entry-level city car, such as the Skoda Citigo, with its starting price of just £8,890, is enough to make most bank balances buckle. 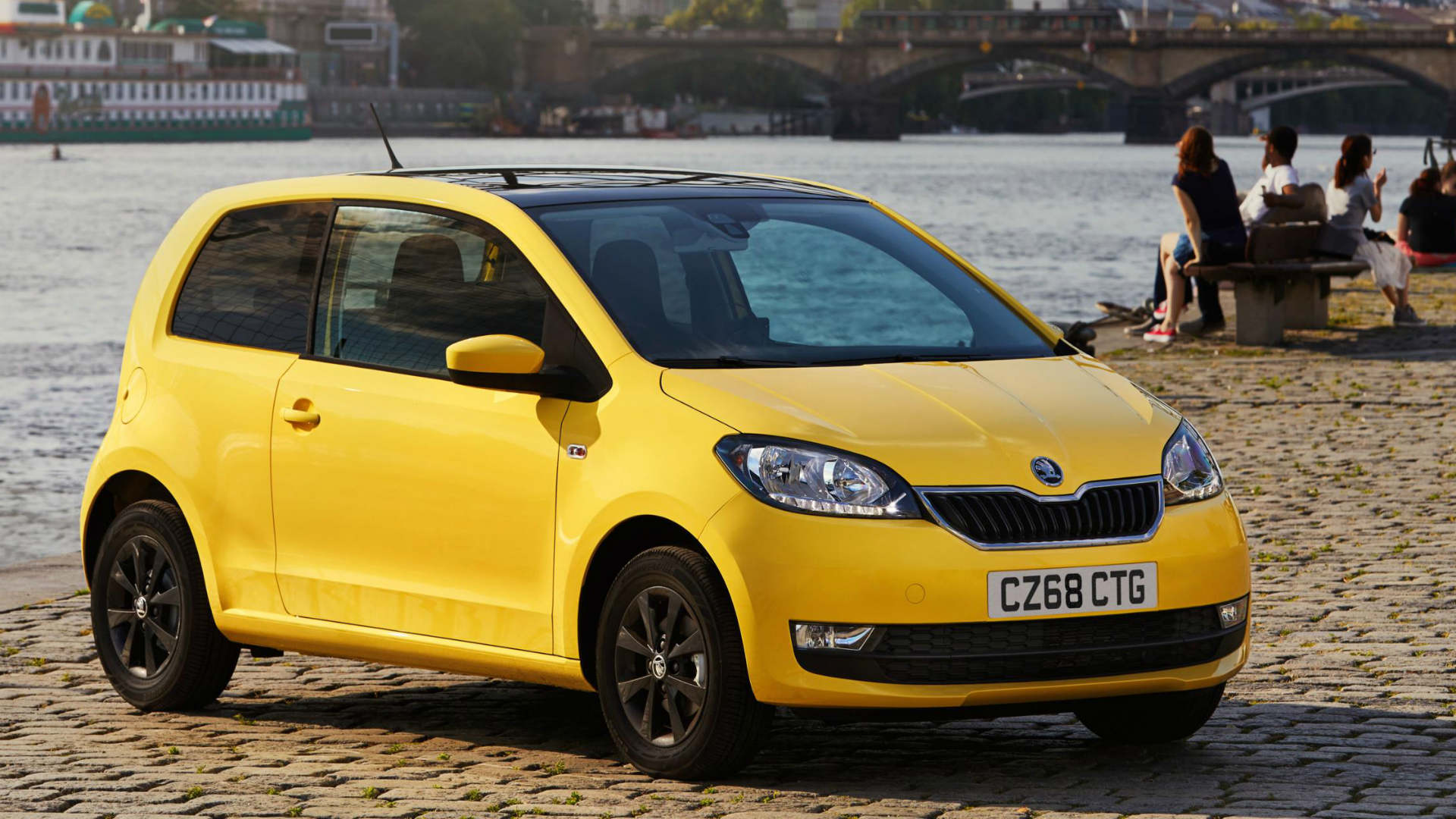 Compare that to the prospect of paying a more manageable £140 a month for a few years for that same car on interest-free credit, coupled with a mere £550 deposit, and it’s easy to see why this method of payment has boomed in popularity.

Which car finance option is right for you?

But once you’ve made the decision to spread the cost of your spanking new motor, you still have to decide which finance deal to choose. And there really is no catch-all credit type. Some deals are simply leases, and you’re expected to hand the car back at the end. While others will give you the option to own the car, after a fixed number of payments.

To help you cut through the jargon, here’s a quick guide to some of the most common finance options on the market: 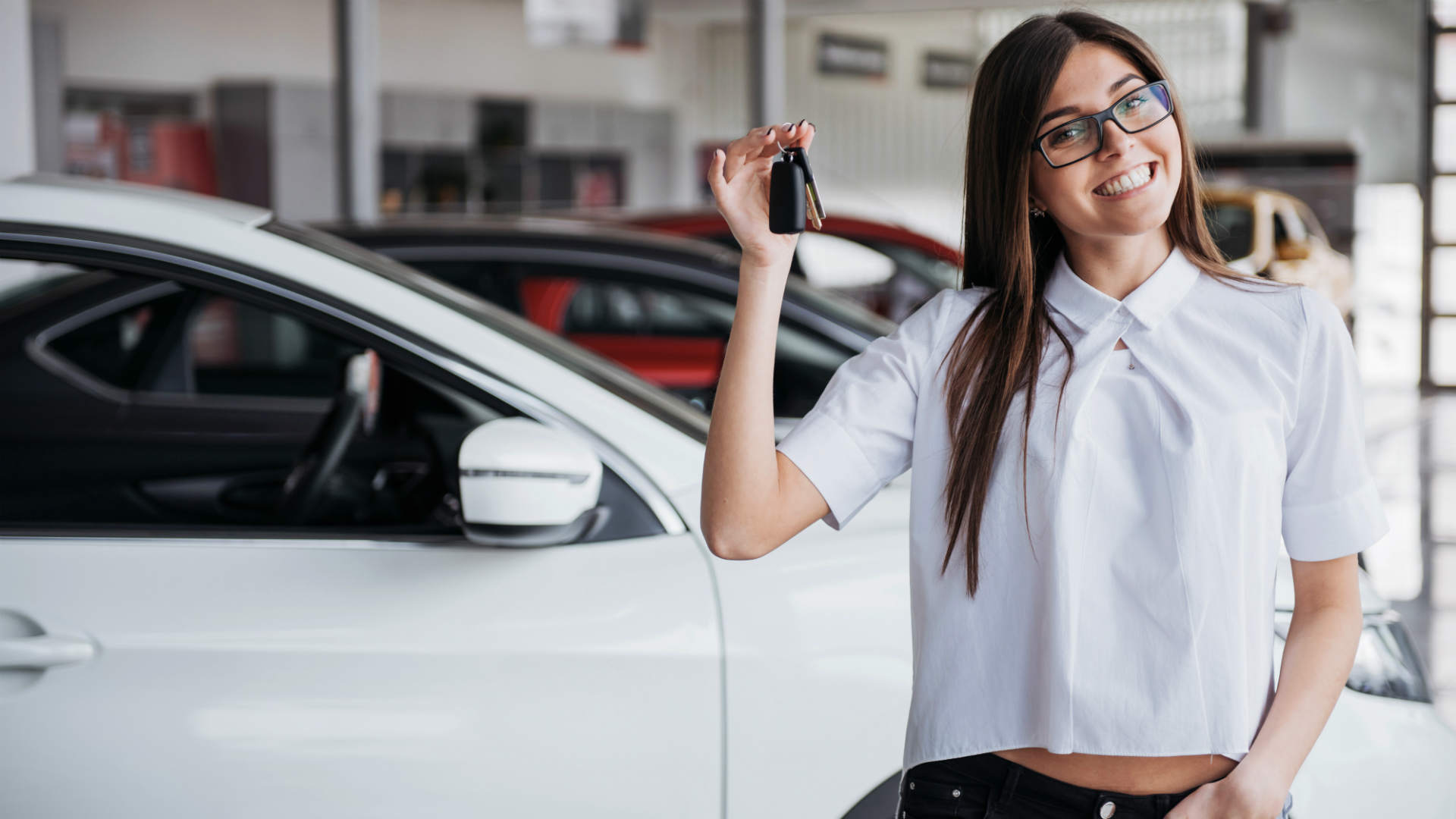 Twenty years ago, this was Britain’s favourite way to pay for anything, from a cardie in a catalogue to your next dream motor. A hire purchase agreement simply involves spreading the cost over a fixed period – usually set from 12-months to five years. You’ll pay a fixed rate of interest during that time, but usually only a small deposit up front. If you want to keep the car at the end of the term, and it’s assumed you will, you’ll have to pay an admin fee to cover the cost of transferring ownership from the finance company to yourself. Up until that point, you are only the registered keeper, so you can’t modify the car in any way.

This agreement is actually the same as a Hire Purchase contract, except you will automatically own the car once the finance has been repaid in full, with no extra final payment.

This is basically a lease, as there is no option to buy at the end. Your monthly payments are therefore going to be lower than those on an HP deal, but they will also be based on your predicted mileage, so expect to pay a penalty if you deviate from that. At the end of the term, you simply hand the car back. 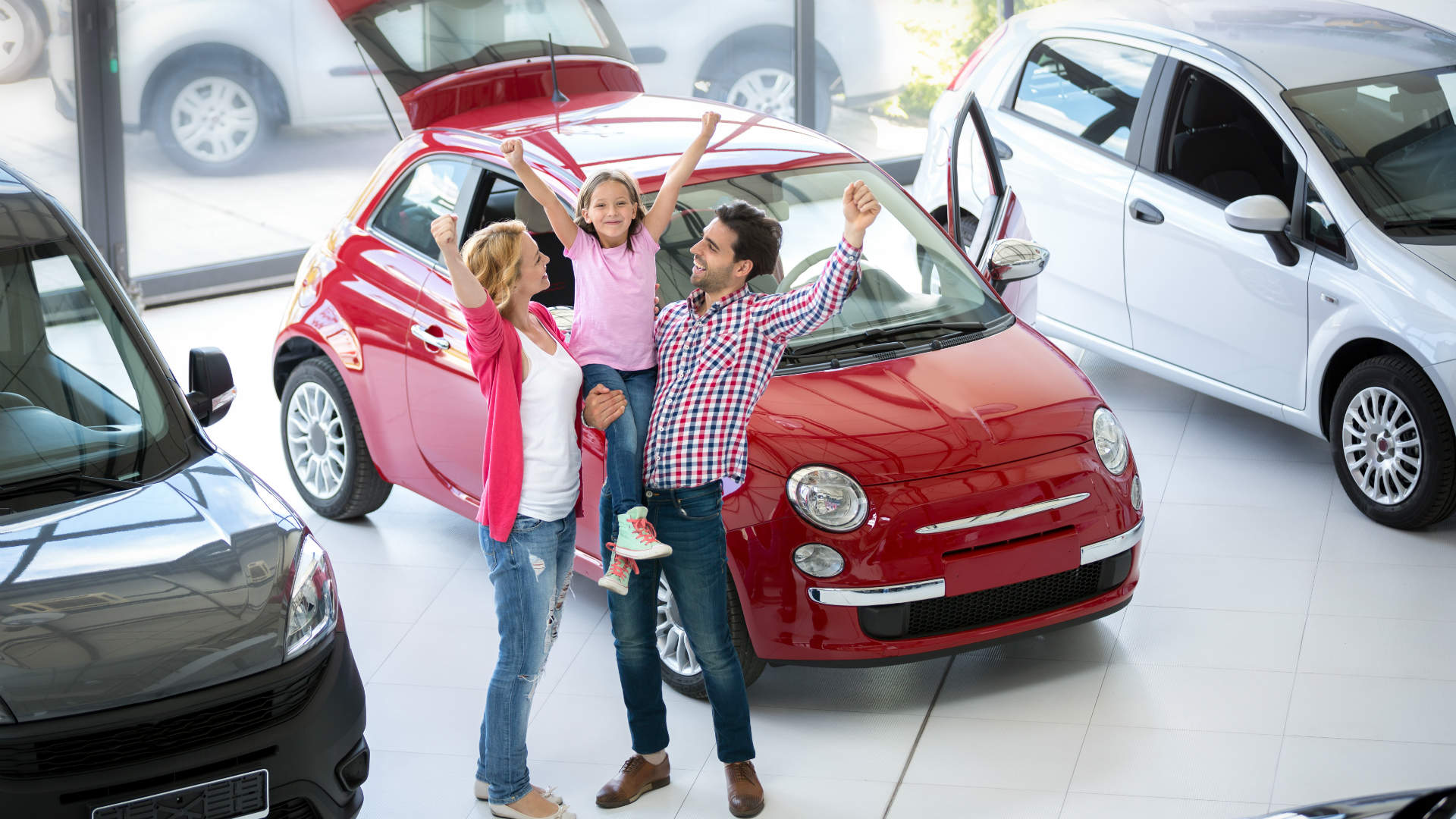 The basic premise behind the PCP deal and its booming popularity is that you only pay for the car’s predicted depreciation during the term of your contract. So that’s the difference between the value of the car new, and its expected value when your deal ends – typically in three years’ time – which is often referred to as the Guaranteed Minimum Future Value (GMFV).

As most cars lose around 40 per cent of their list price during that period, a £10,000 car would be worth roughly £6,000 after 36 months. That leaves £4,000 to pay. Some of that is required upfront as a deposit, and the rest is due in installments, at a fixed interest rate, for the duration of the contract period. That means the monthly payments are kept relatively low. At the end of the deal, you’ll have the option to stump up the remaining £6,000 to buy the car in full; often referred to as the balloon payment. Or you may just decide to hand the car back, or swap it for another car and a fresh deal.

On that note, dealers will sometimes set the car’s GMFV deliberately low, so they can offer you a bonus chunk of equity when you come to settle up. But you’ll only be able to access this if you put it towards another finance deal. That’s how the dealer keeps you on its books, and why so many motorists go back to buy the same brand again and again. Let’s not forget, though, that it also means you’ve probably paid more in installments (and therefore interest) than you needed to in the first place.

This type of Conditional Sale is much the same as a PCP in that you’ll pay a deposit, some installments, and a balloon payment at the end. The big difference is that buying the car at the end is not optional – you have to ensure you have the funds to do that, and you ultimately therefore own the car at the end. You can settle the finance at any point during the term, however.

Borrowing the money you need to buy a new car outright has its advantages, as you will immediately become the registered owner. You’re not bound by mileage restrictions either, and if you decide to upgrade the stereo or modify the car in any way, you can. But a loan is usually unsecured, so you can’t just hand it back to clear the debt. Instead, you’d have to sell the vehicle, and depreciation costs mean there would undoubtedly be a shortfall. 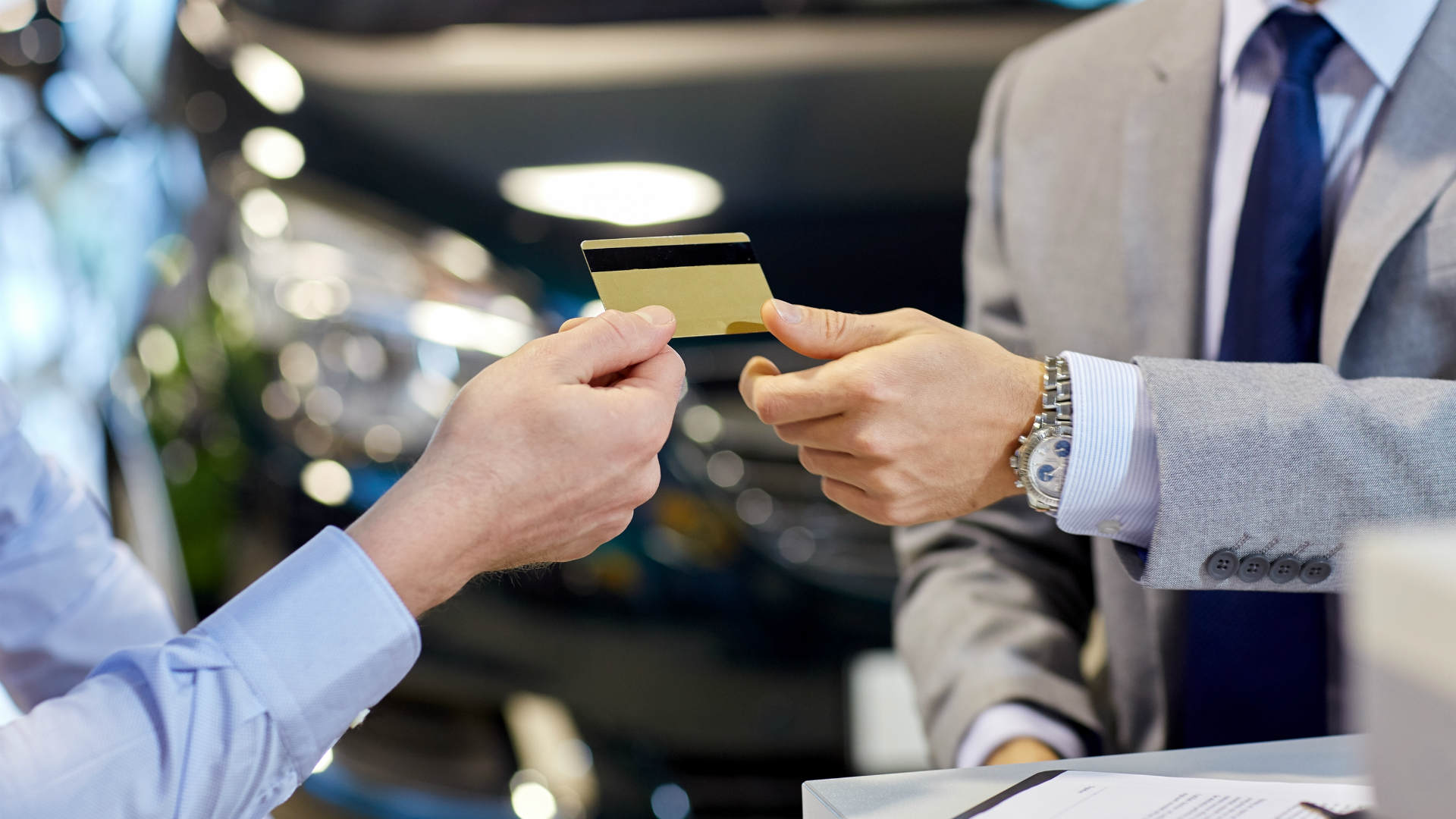 The same advantages apply when you buy using a credit card. But you have the extra protection of Section 75 of the Consumer Credit Act (1974), which says that if even a portion of your car is bought using a credit card, then the credit provider is jointly liable for any breach of contract by the retailer. The sum has to be greater than £100, however, and can even apply to some other types of car finance. Although the criteria is quite strict, particularly with regard to the relationship between the credit provider and the supplier, so it’s worth checking whether your contract qualifies.

If you’re feeling overwhelmed by all these options, you could simply take your lead from the hundreds of thousands of other new car buyers every year, and opt for a PCP. These are now by far the most popular car credit agreements, accounting for a staggering three out of four new car sales, according to the FLA. Its Finance Director, Adrian Dally, explained: “The PCP was introduced into the market by Ford, who brought it over from the States more than 20 years ago. But it’s been climbing up the ranks since then. Its success is due to both to price, and a cultural change in attitudes towards owning assets.”

Whichever product you choose, it’s worth remembering that, while you may have signed the paperwork at your local dealer, your contract is with the finance company. So if there’s a fault with the car itself, and not just the terms of the deal, then it’s the finance company that you have to approach.

The good news is that there’s often more security in buying on credit as you have stronger return rights. That includes the 14-day cooling off period outlined in the Consumer Rights Act (2015). So if you change your mind for any reason, the vehicle transfers back to the supplying dealer. 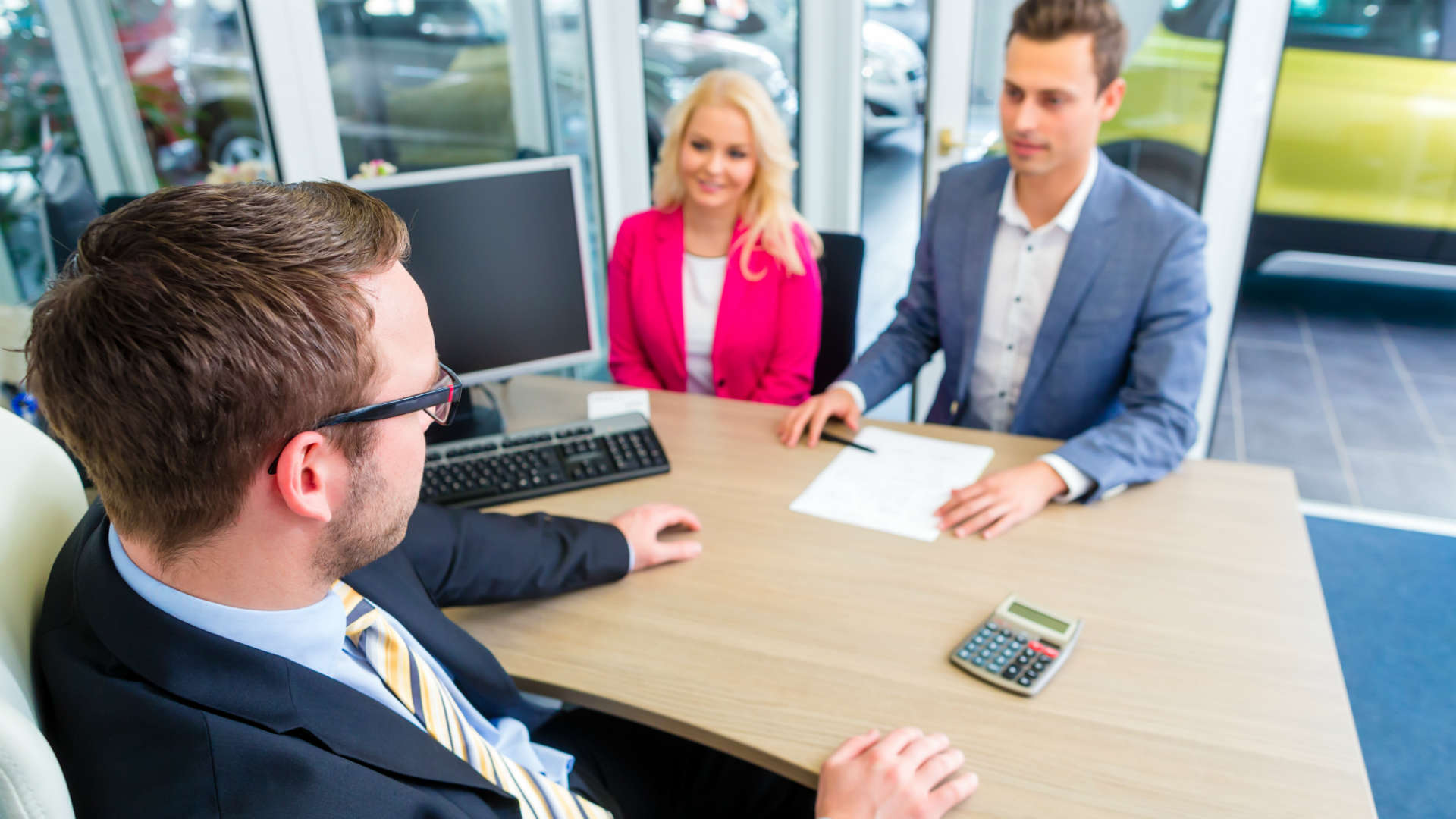 Beyond that, if you’re unhappy with the way a complaint is being handled, you also have the backing of the Financial Ombudsman. Its job is to arbitrate, judge and resolve your case, which is initially assessed by its investigators. If it thinks your complaint is justified, and the dealer still won’t play ball, the case can be referred to an Ombudsman – a higher ranking investigator whose verdict “is final, and legally-binding to both parties, should the consumer accept it,” a Financial Ombudsman spokeswoman explained.

It says car finance complaints are on the rise, too. “Most are about the quality of the vehicles or charges when handing it back: people say they’re unaware a ‘balloon payment’ is due. We also see complaints about charges for damage falling outside of ‘fair’ wear and tear, as well as problems about misrepresentation of the vehicle or the agreement used to buy it and the way agreements are administered.”

All the more reason to be sure you know exactly what you’re agreeing to, before you sign on the dotted line. But if you’re still in doubt, you can find lots more information about car finance at the FLA’s consumer advice site, or visit the Financial Ombudsman’s advice pages for more information about the complaints process.

And thanks to PCP, you can own one for £349 a month
Read more

Petrol could be 17p a litre CHEAPER, says RAC

The RAC says we should see savings on petrol and diesel of 10p per litre or more over the next two weeks, given the drop in the price of oil.
Read more

Jaguar has put the new all-electric I-Pace to work at one of the most formidable automotive proving grounds on Earth. It’s Jaguar’s new Nurburgring eTaxi
Read more
Advice

Everyone is talking about the connected car of the future but what does it mean?
Read more
Opinion

Diesel used to be the smart choice for money-saving new car buyers. Not anymore, as a new SUV introduction by Volkswagen starkly illustrates
Read more

SEAT Ateca SUV revealed – can it take on the Qashqai?

Our easy-to-follow advice will help you return your car to the road following the coronavirus lockdown. Includes tips on checking the oil and tyres.
Read more
Advice

Plastics and leather used in car cabins are under attack from hand sanitisers. But in times of lockdown, there are other ways to protect your interior.
Read more
Advice