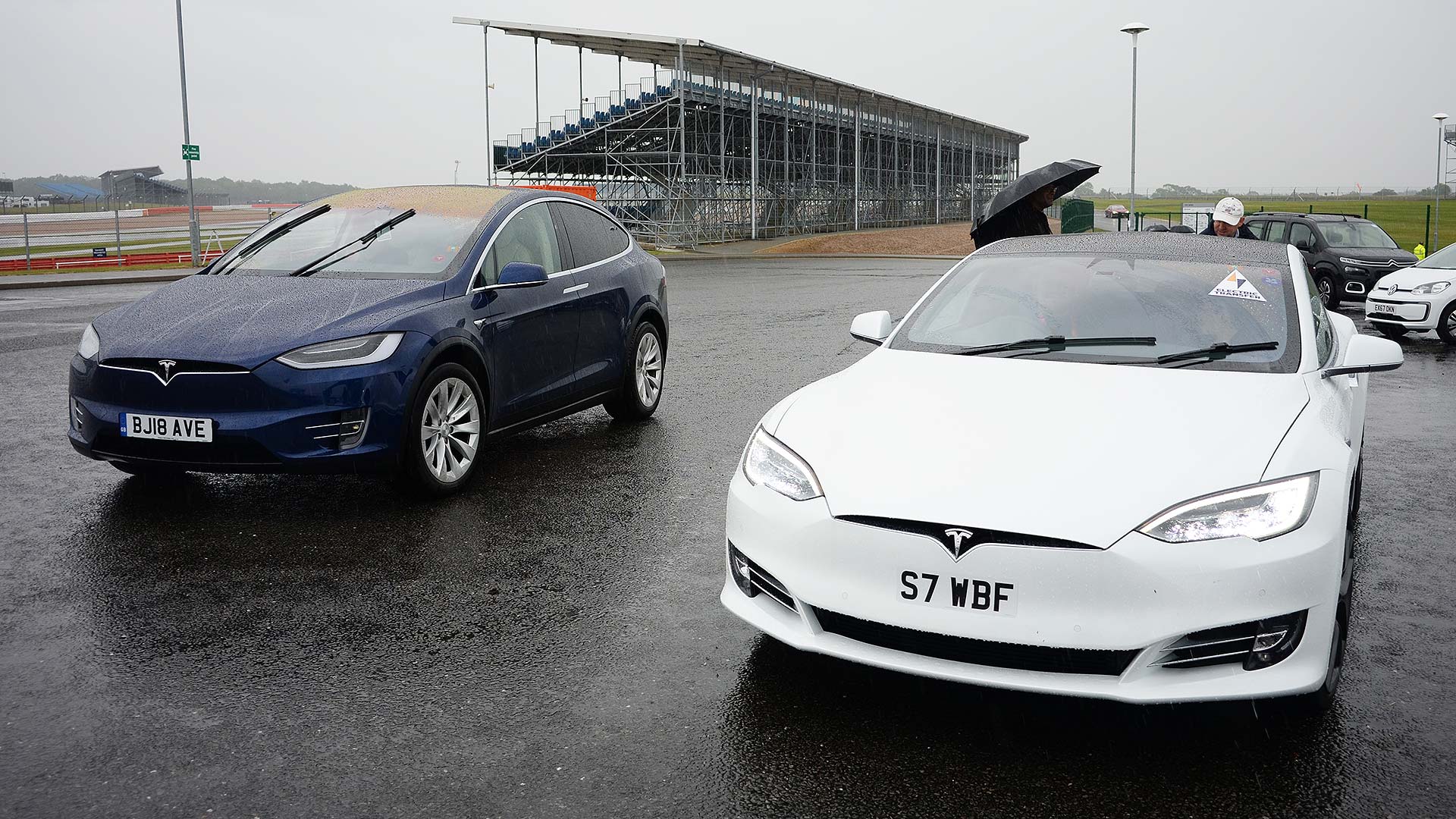 Fully Charged Live is back for another year, with the festival of electric vehicles promising to be bigger, better and more electrifying than before.

At the time of writing, the event was trending on Twitter, so it must be doing something right.

If you’re not familiar with Fully Charged Live, it’s where the UK’s clean tech and renewable energy businesses gather at the home of British motorsport to showcase their latest products and services.

Our man Richard Aucock is at Silverstone and is reporting heavy rain but huge crowds at the opening day, but he says that Saturday is likely to be even busier. Ticket sales are up 60 percent, as the nation wakes up to the potential of green motoring. 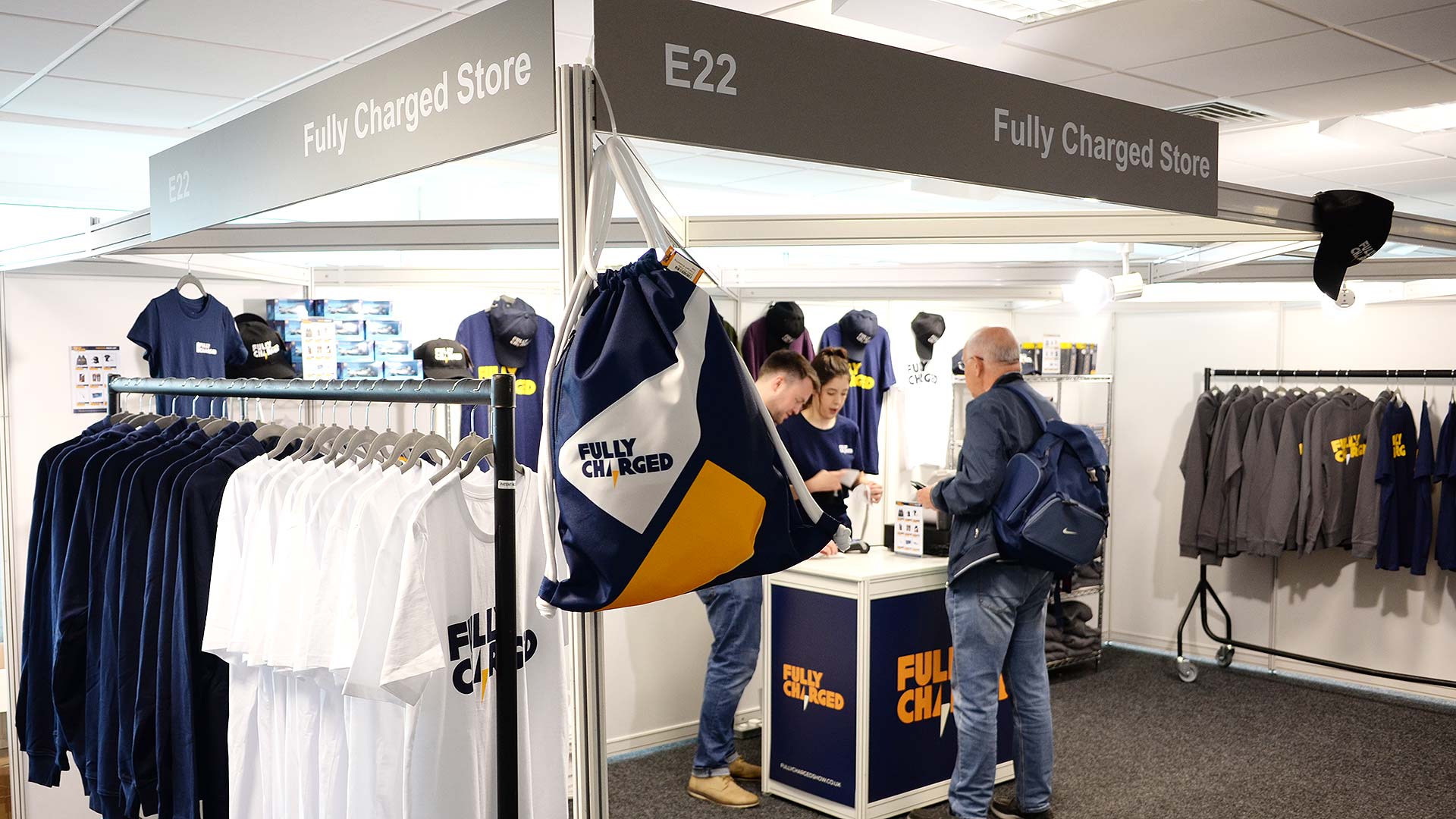 Trying hard not to be starstruck, Richard has been wandering around the event, taking photographs and chatting with visitors. He dragged himself away from the Fully Charged merchandise stand (he can’t resist a good baseball cap) to deliver his five highlights of the first morning. 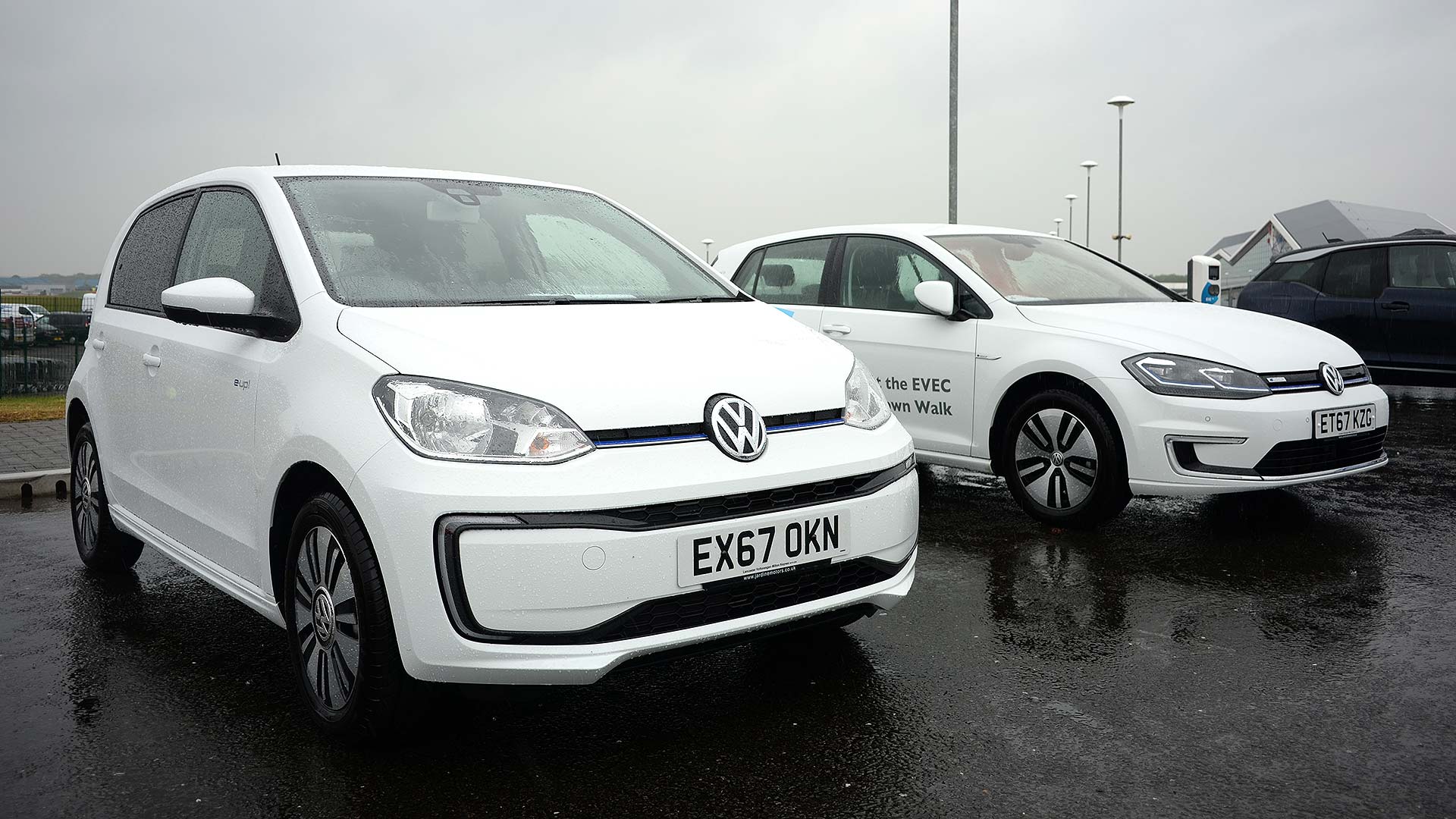 At Fully Charged Live, you’ll find EVERY electric vehicle available in the UK, with 200 EVs shuttling guests to the Silverstone Wing. Fortunately, Richard is driving to and from the event in a Jaguar I-Pace, so he won’t be feeling guilty on the way home this evening. 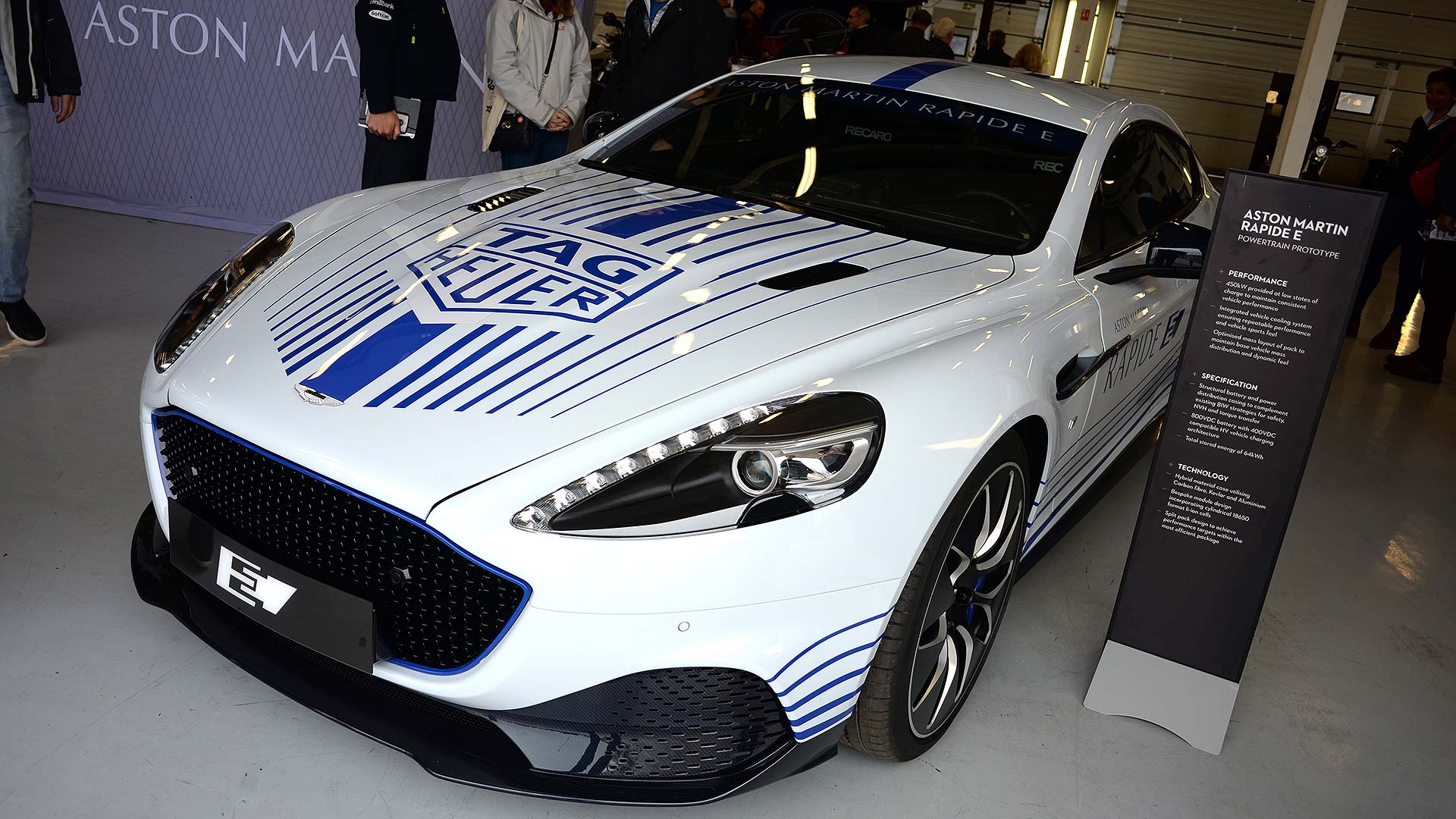 Although we suspect the majority of the visitors will be more interested in range and charging times, we’re going to focus on the 612hp and 701lb ft of torque available to the 155 lucky owners. Most have been snapped up, but some cars are still available. We wonder if they’ll have gone by the time Fully Charged Live closes its doors on Sunday evening? 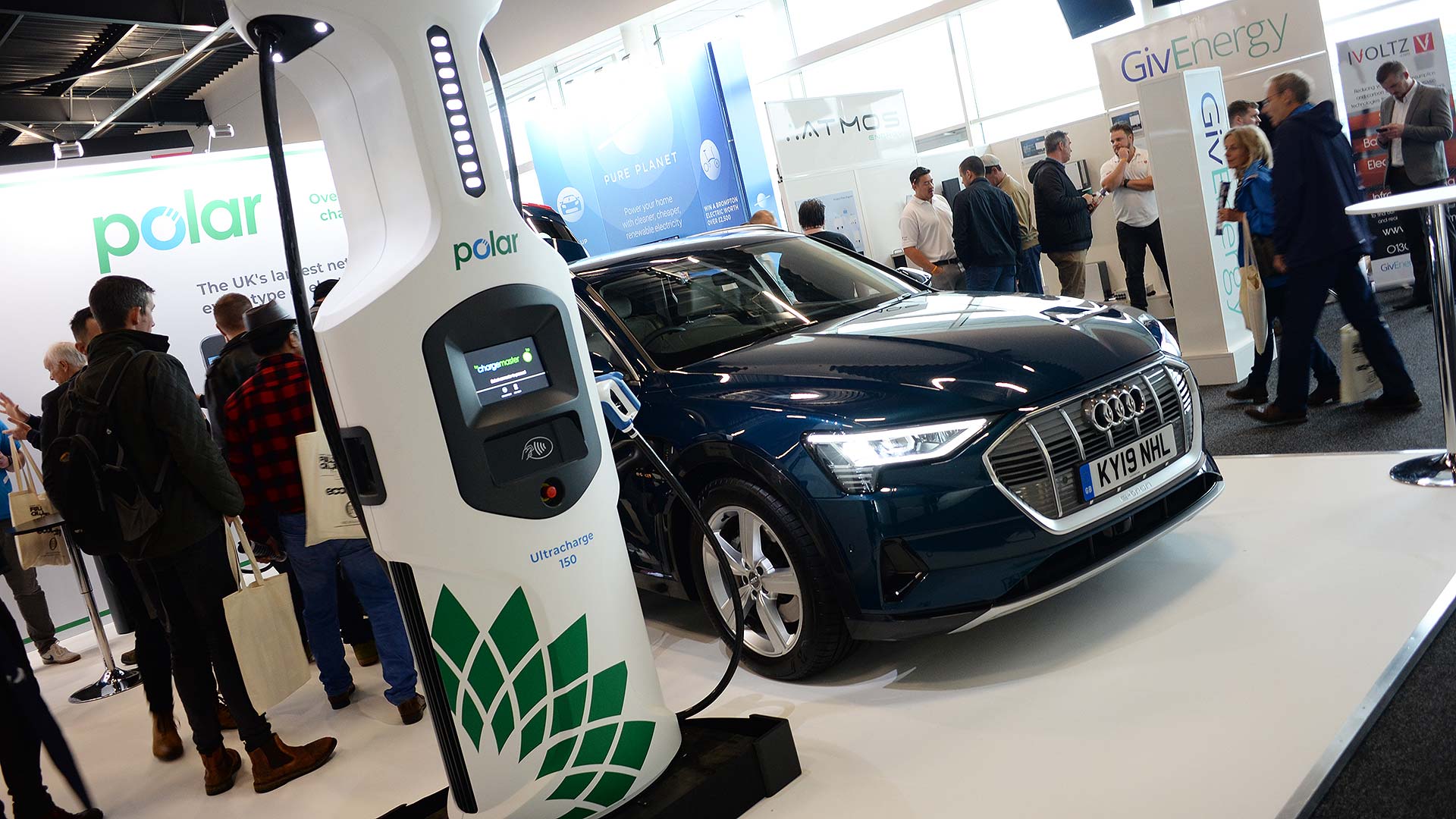 You know how some celebrities open village fetes or unveil new cars? Well, Robert Llewellyn was on hand to pull the wraps off BP Chargemaster’s new 150kW rapid charger. Never one to miss a photo opportunity, AA president Edmund King was pictured with an Audi E-tron SUV.

The charging points – which look suspiciously like traditional petrol pumps – will be coming to a BP forecourt near you from July. We say ‘near you’, but BP Chargemaster hasn’t confirmed which forecourts will be the first to receive the new ultra-fast chargers. 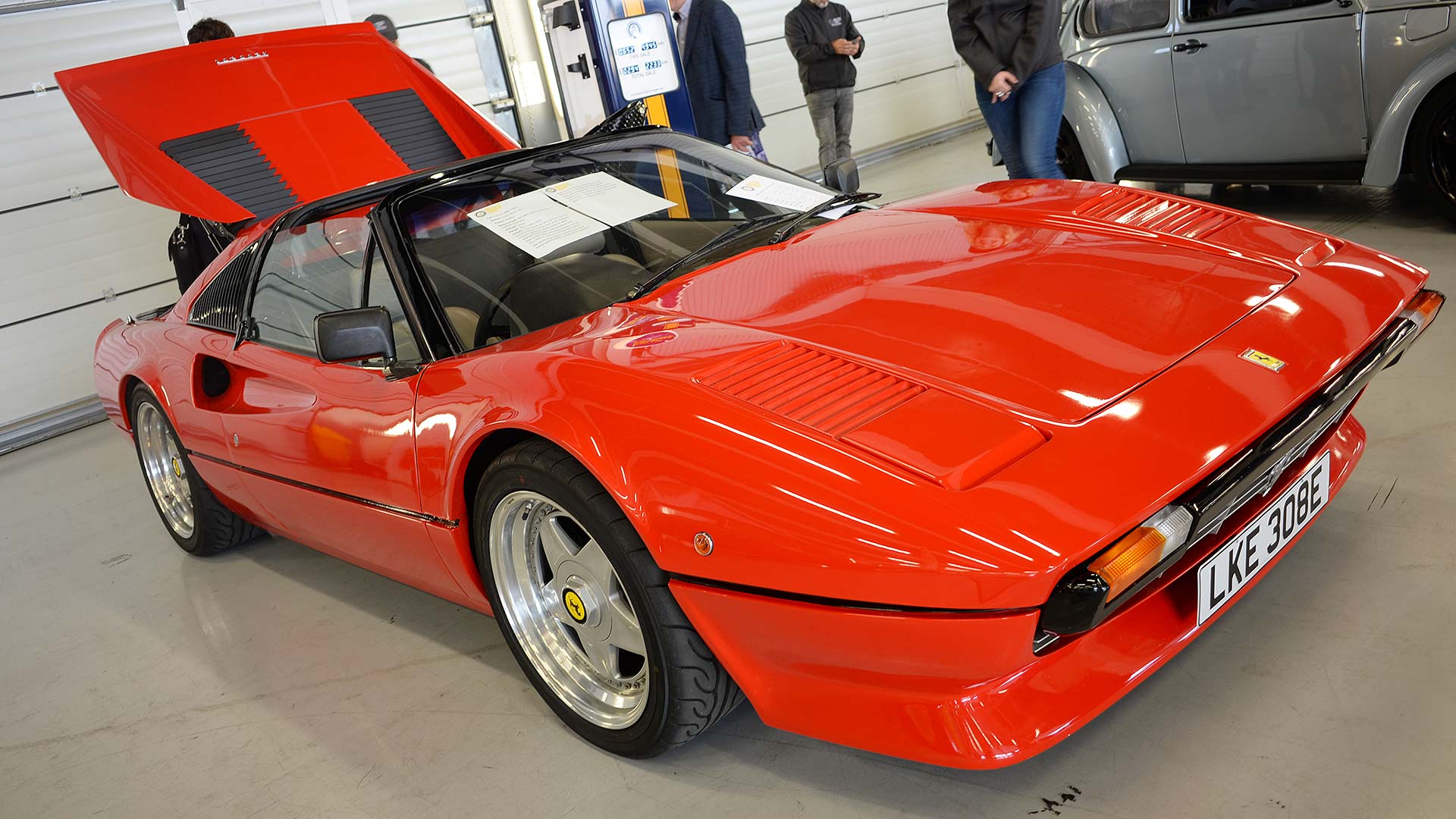 It looks like a standard Ferrari 308, but rather than having a V8 engine, this one is powered by an electric motor from a Tesla. Well, did you expect to find a conventional V8 engine at Fully Charged Live?

It’s the work of Electrifi, a division of Crowley Carbon, a company investing €50 million in a range of high-performance electric cars. The Irish firm will take cars from the likes of Ferrari, Lamborghini and Aston Martin, then modify them with the latest Tesla batteries and motors. 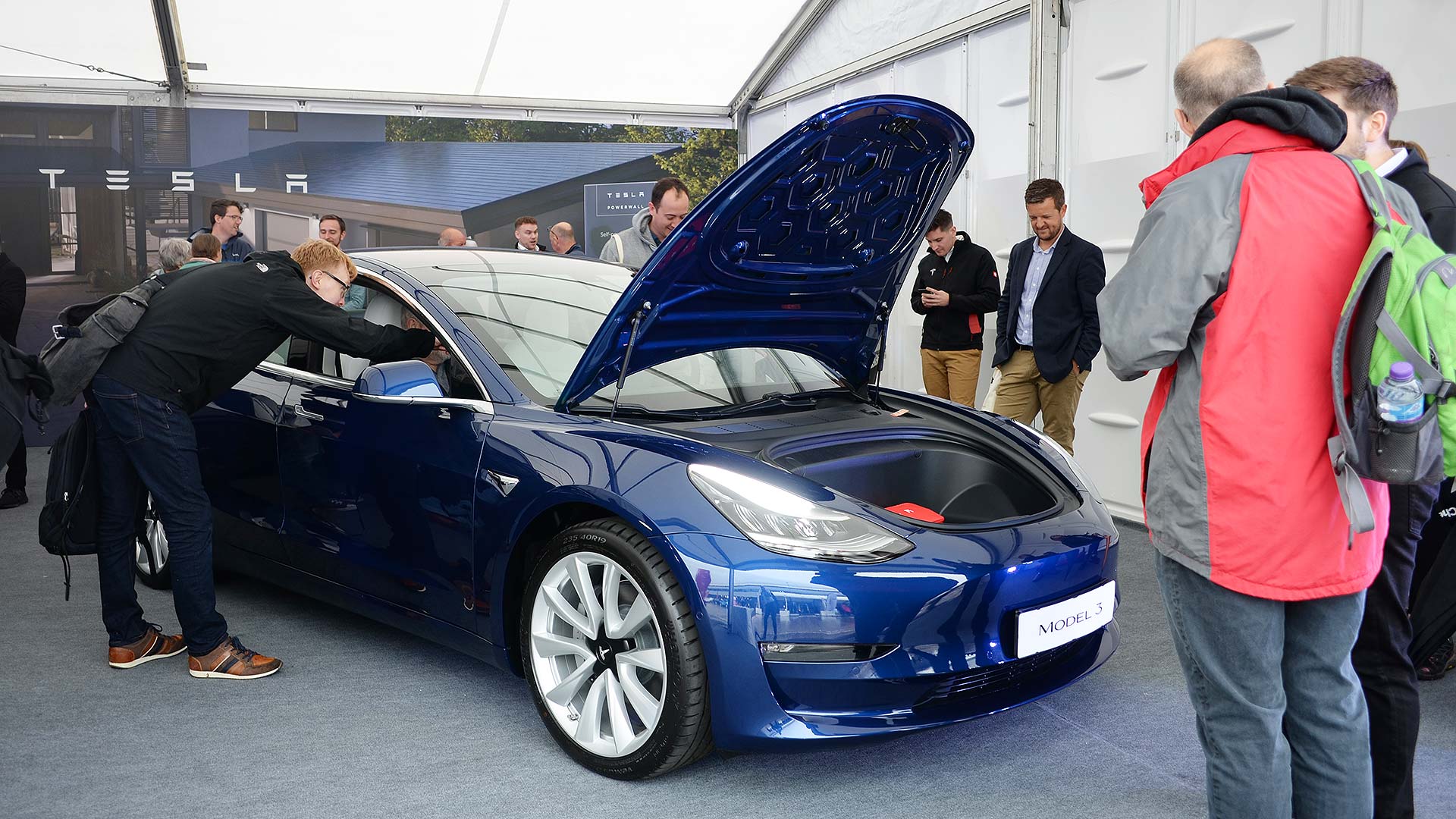 Thanks to its 329 miles of range, Fully Charged Live is calling the Tesla Model 3 a “game-changing” electric car, but the days of Tesla having things its own ways are long gone. Now, Audi, Mercedes-Benz, Jaguar and the like are lining up to take a large slice of the EV pie.

The most eye-catching thing about the Model 3 is the interior. It’s minimalist to the point of emptiness. Just the things you need and none of the things you don’t, with everything accessible via the giant landscape touchscreen. Still, at least it has a pair of conventional cupholders.

Hot off the press is the news that the Model 3 will receive an over-the-air update this weekend, allowing all-wheel-drive versions to be charged at 200kW. Big news, that.

We’ll provide further updates from Fully Charged Live after Richard has finished stocking up on baseball caps. Rumour has it, he’s also going to interview Robert Llewellyn. Don’t forget to ask for his autograph, Richard.