Jag You Are: I-Pace electric SUV stars at Birmingham Pride

A special edition Jaguar I-Pace donned the rainbow flag and joined Birmingham Pride this weekend, waved on by thousands of LGBTQ partygoers

The car wore a unique badge, with Jaguar’s big cat atop rainbow colours. ‘Jag You Are’ is emblazoned on the bonnet and there are more rainbow stripes on the car’s sides.

Local dealers have also been getting involved, with Stratstone and Guy Salmon both showing their support. Guy Salmon had its own black I-Pace on show with the same colour scheme.

In a statement on Twitter, Jaguar UK said ‘We’re proud to be supporting our diverse workforce at Birmingham Pride 2019 this weekend – the UK’s biggest two-day LGBTQ festival – where we joined the parade with a specially designed #JagYouAre #IPACE’.

Did you see us at #birminghampride yesterday? Share your #JAGYOUARE #IPACE pictures with us…? pic.twitter.com/ftsV1ufqkm 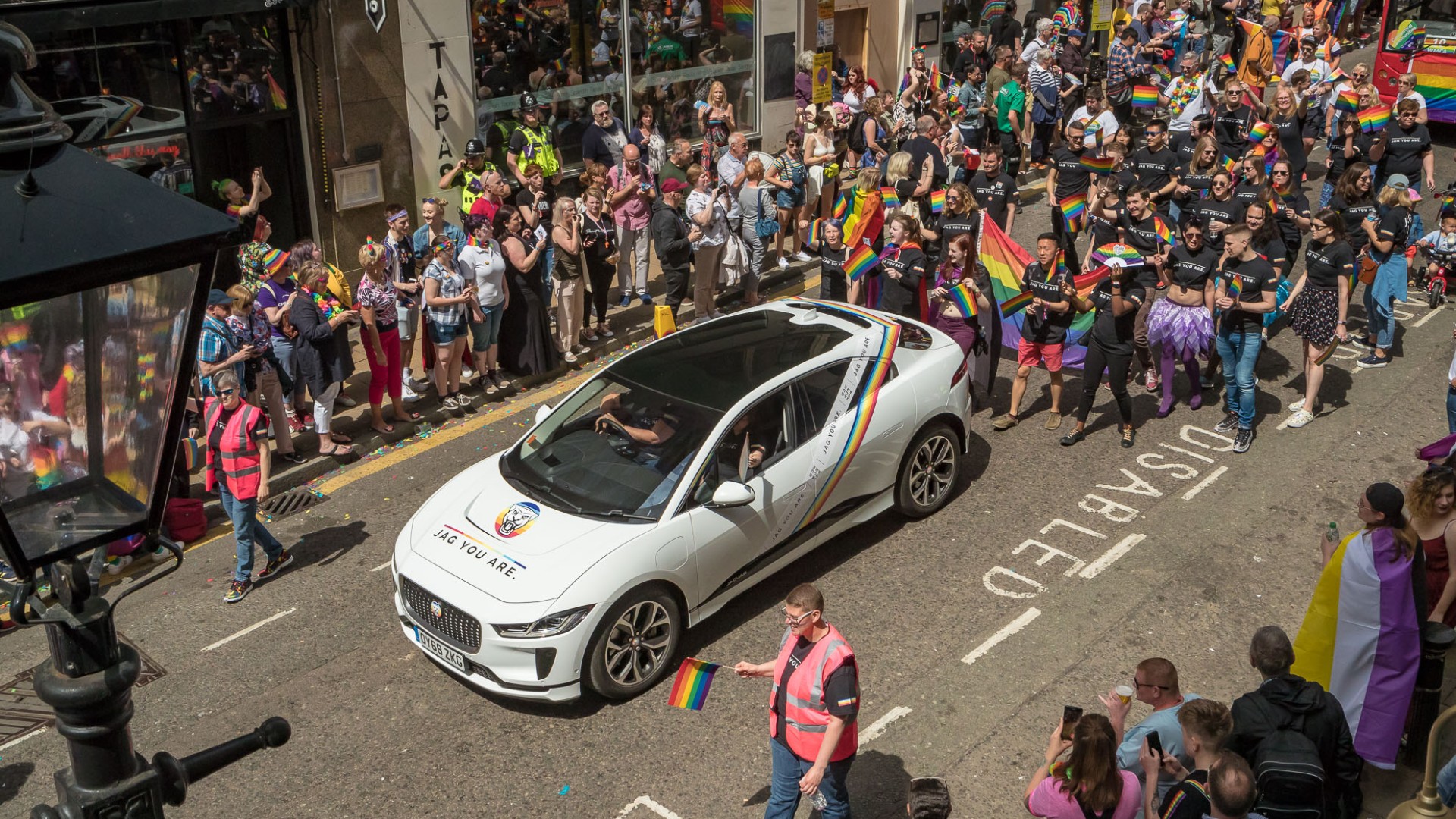 Birmingham Pride, which celebrates lesbian, gay, bisexual and transgender culture, brought the town centre to a standstill. As many as 75,000 spectators lined the streets for the parade.

Andrea Rosati of Jaguar design said: “With ‘Jag You Are’ and its graphics we talk about individuality and inclusiveness. Going beyond stereotypes – even in the LGBT+ community – we want to celebrate the chance to ‘be your own animal.’

“The artworks – really geometric, not over designed – are a homage to Polaroid: an instantaneous, immediate image of ourselves, showing who we are without filters.”

Last year, Jaguar became a member of Stonewall, a charity that works with employers to improve LGBTQ inclusion and engagement.

History of the New York International Auto Show: in pictures

On the eve of the 2019 New York International Auto Show, we take a look at the history of America’s oldest car show
Read more

It's still the 'Road to Hell': four out of the five busiest sections of road in England are on the M25 motorway.
Read more

In pictures: Snakes alive! The story of the Dodge Viper

An American icon for a quarter of a century, this is the story of the Dodge Viper
Read more

This amazing custom creation is actually a 1950s Mercedes-Benz!

Bespoke 1952 Mercedes-Benz 170 S Sedan is up for auction, as part of the Mecum Monterey 2019 sale taking place next week
Read more