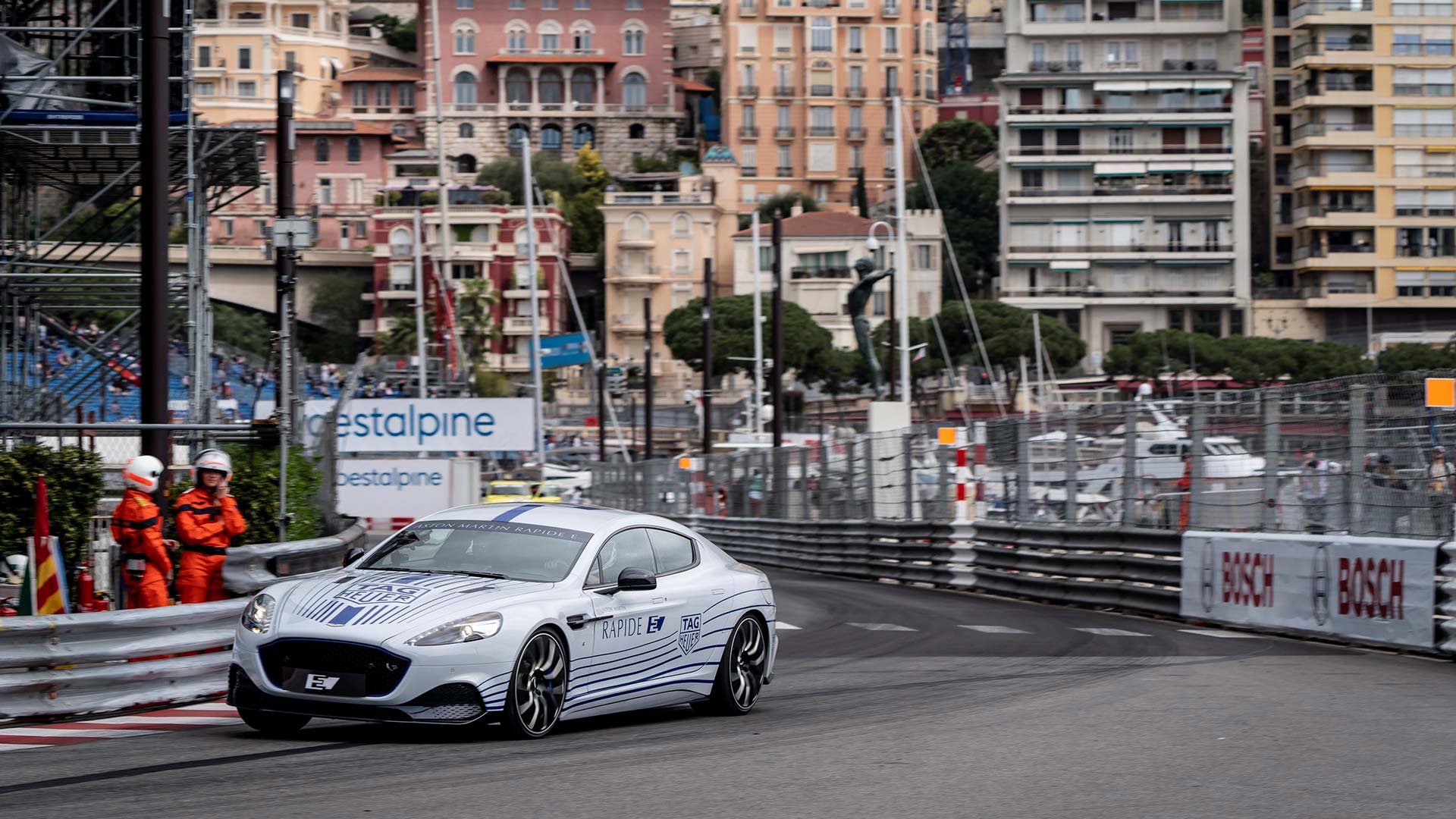 The first all-electric Aston Martin has taken to the streets of Monaco for a dynamic debut, demonstrating the quick progress made on the limited-edition model.

Aptly, the Rapide E hit the tarmac ahead of the latest round in the 2018-19 Formula E Championship, proving a neat link between road and race car technology.

Williams Advanced Engineering, the high-tech offshoot of the legendary Williams Formula 1 racing team, has been supplying battery packs for Formula E since the series began.

In fact, Williams has received a Queen’s Award for Enterprise due to its battery technology work, and recently won a contract to supply the first electric touring car series with components. 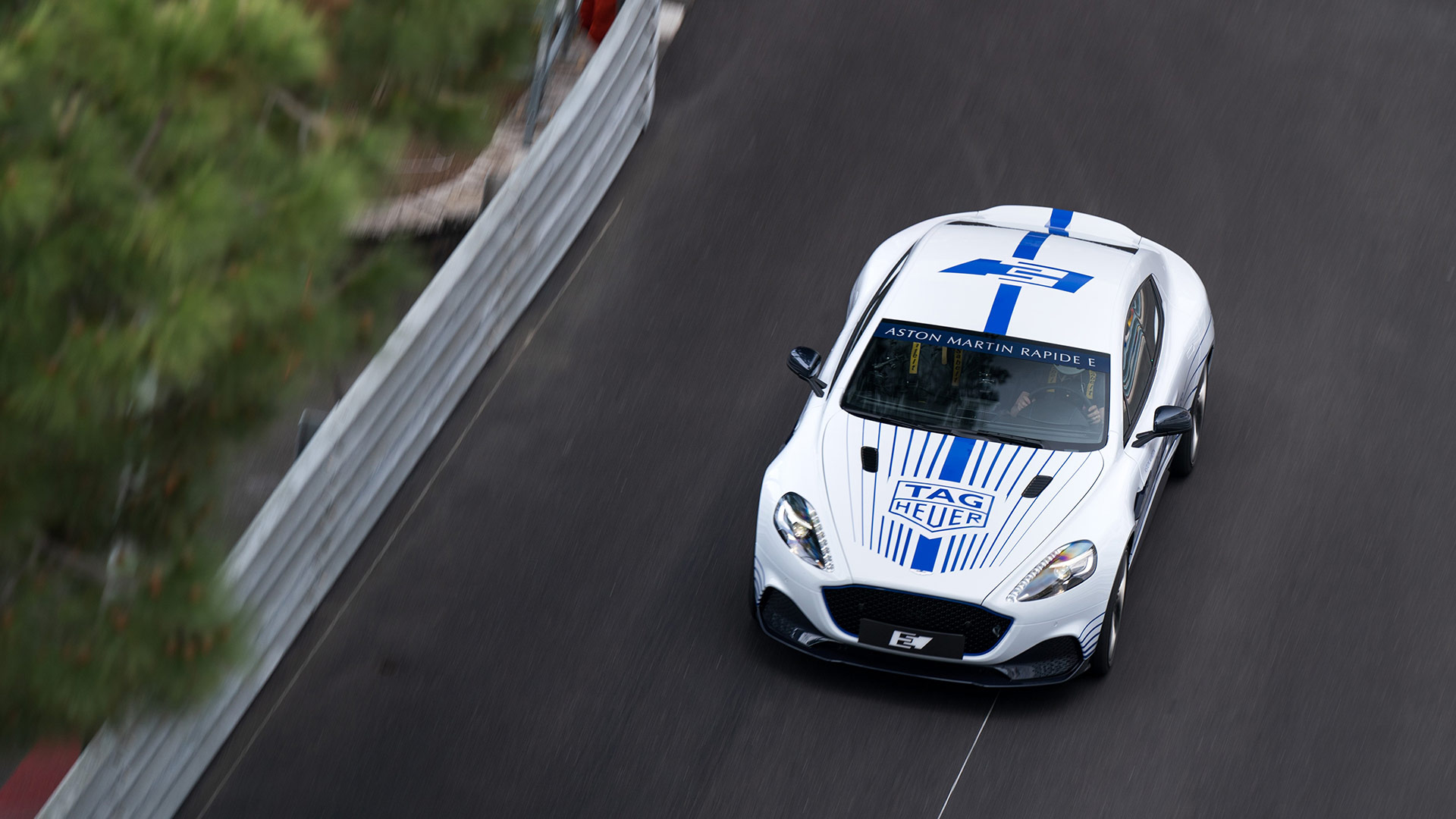 The Oxfordshire-based company has also worked in partnership with Aston Martin on the development of the Rapide E, bringing its battery technology experience to the project.

Replacing the existing the 6.0-litre V12 engine in the regular Aston Martin Rapide, along with the associated ancillaries, has not been the simplest of tasks with bespoke solutions needed.

However, the efforts of both companies have resulted in a battery-powered Aston, which still manages to retain the performance of the petrol-engined original. 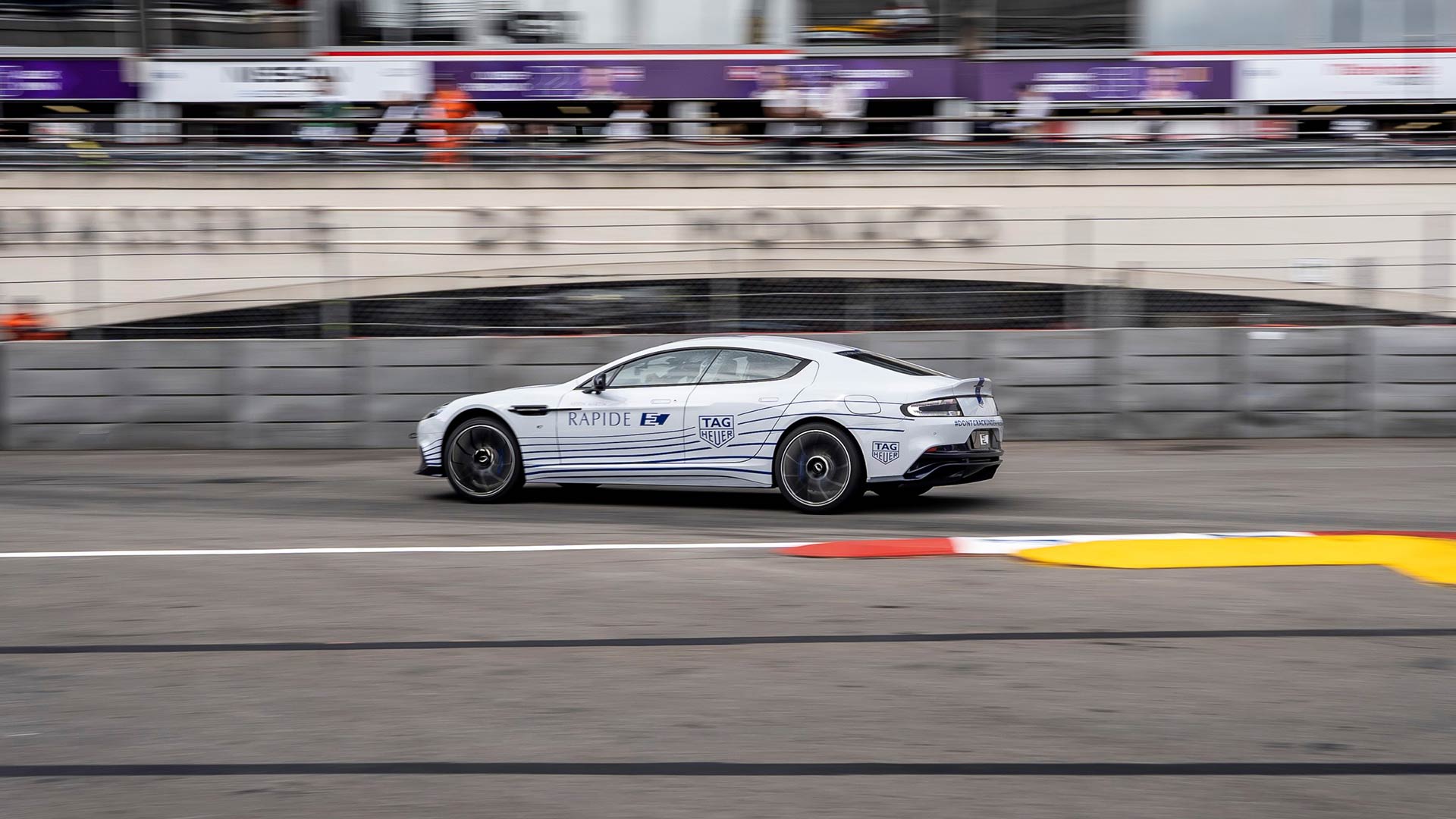 Featuring a 65kWh battery pack where the V12 engine and gearbox used to reside, the Rapide E has two electric motors driving the rear wheels.

Combined together, the two motors produce a total of 612hp, along with a tyre-shredding 701lb-ft of torque.

With such a level of performance on offer, it perhaps seems right that Aston Martin enlisted the help of Aston Martin works driver, and 24 Hours of Le Mans winner, Darren Turner to thread the Rapide E between the unforgiving Monaco barriers.

Act now, supplies are running out! 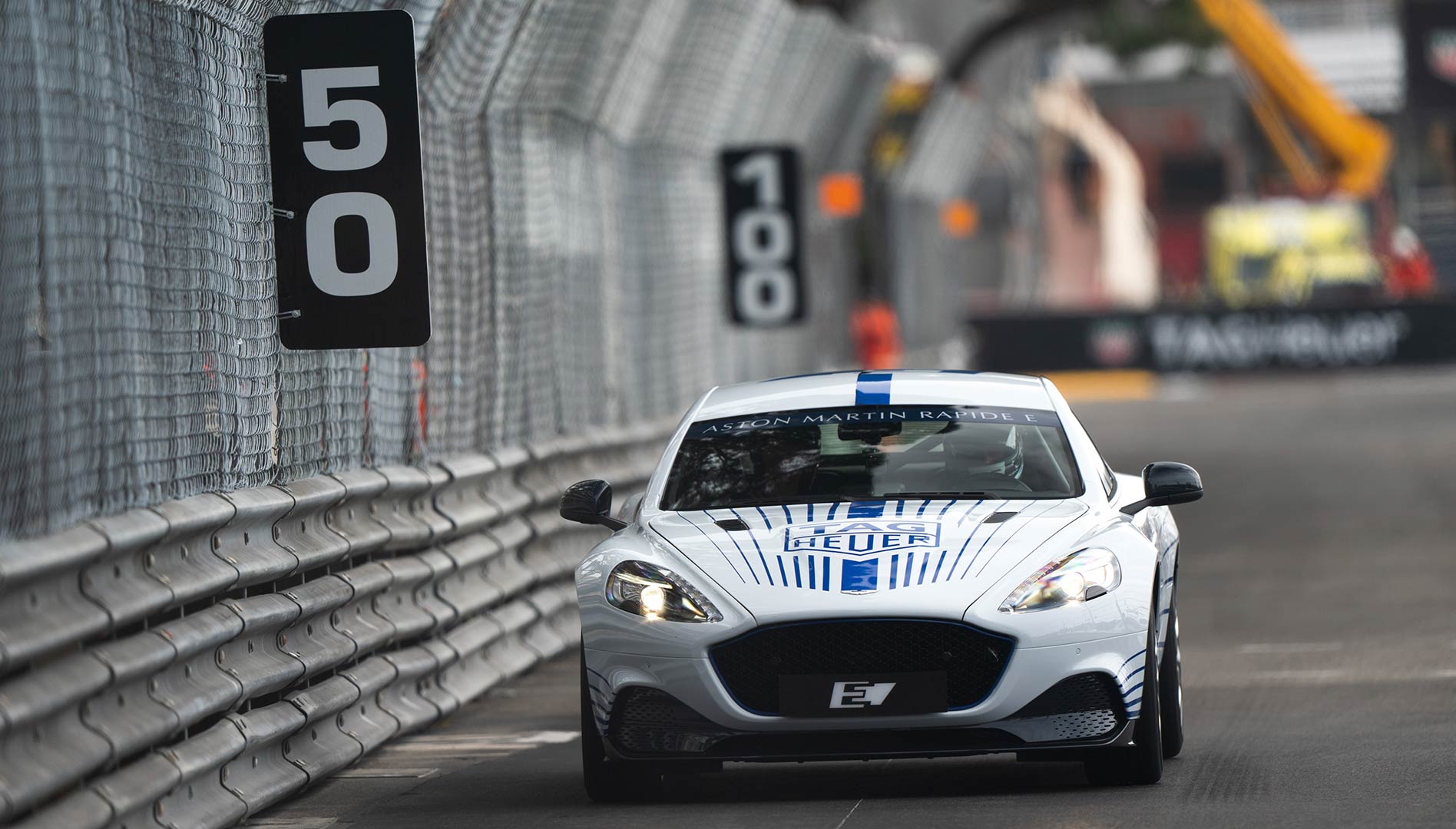 Speaking after his trip around the Monaco circuit, Turner commented: “I’ve had the privilege to join the Aston Martin engineering team at various stages of the car’s development and the performance that’s on offer in Rapide E really is incredible. The car has the kind of torque and punch that you’d expect from an EV, but they’ve really worked hard to retain the dynamic characteristics of what makes an Aston Martin special.”

Due to the bespoke components involved, production of the Rapide E has been limited to just 155 units. Following the official launch at last month’s Shanghai Auto Show demand has been high, but some cars are still available.

Aston has not released pricing for the Rapide E, but does plan to begin production at the new St Athans factory at the end of 2019.