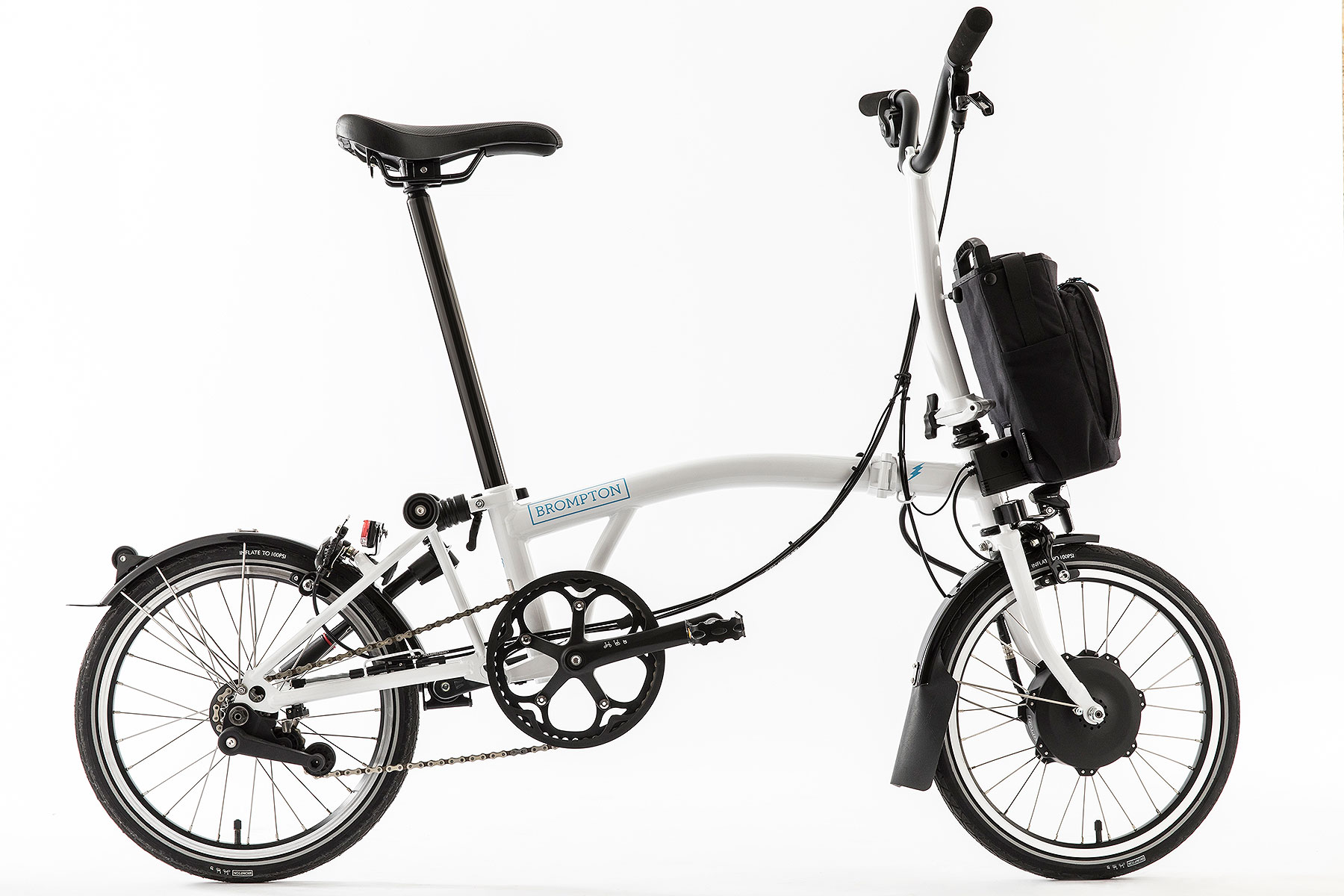 The racing team’s applied engineering division Williams Advanced Engineering has helped Brompton develop the batteries, electric motors and control systems for the new Brompton Electric folding bike, which has a range of up to 50 miles and weighs from a scant 13.4kg. That’s just 2.4kg more than a regular Brompton folding bike.

Williams Advanced Engineering has used its electric motorsport know-how for the new project: it has worked with the FIA Formula E Championship from day one, supplying batteries to all 10 racing deals and also helping Jaguar build and run its first Formula E racer.

“There are an awful lot of synergies between Williams and Brompton,” reckons Williams Advanced Engineering MD Craig Wilson, “and the requirements for the Brompton Electric – designing a lightweight, high performance, electric motor – was right in our core capabilities.”

Brompton Bicycle CEO Will Butler-Adams says: “We’ve spent three years taking Williams Racing technology and integrating it into the Brompton. It has been harder than any of us imagined but we believe we have created a product that will inspire more people to get out from under the ground, out of the cars and back onto a bike to rediscover their cities.”

The new Brompton Electric has a 300Wh battery which feeds a front hub motor. There are three assistance levels, and a torque and cadence sensor is said to give smooth, seamless and energy-efficient support. “With the Brompton Electric, you feel you have the wind behind you all day,” said Butler-Adams.

Brompton is based in Greenford, West London. It was established in 1974 and is this year targeting production of more than 45,000 bikes. 80 percent of its production is exported, to 44 countries – and Brompton says each bicycle takes 6.2 tonnes less carbon than a car to make.

Prices for the Brompton Electric range from £2,595 to £2,755, and the firm is taking £200 online reservations now for those keen to ride one of the first in production.