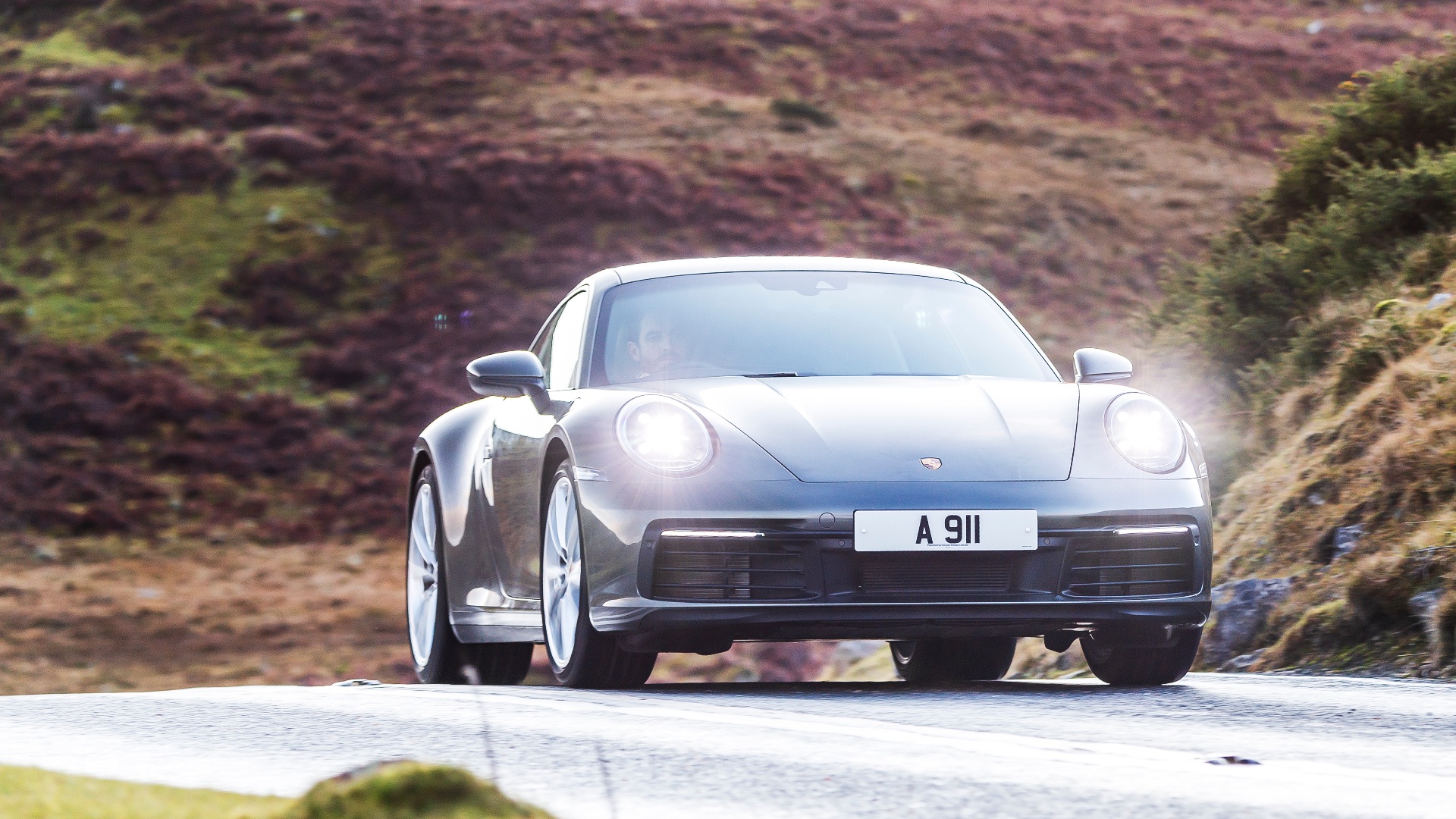 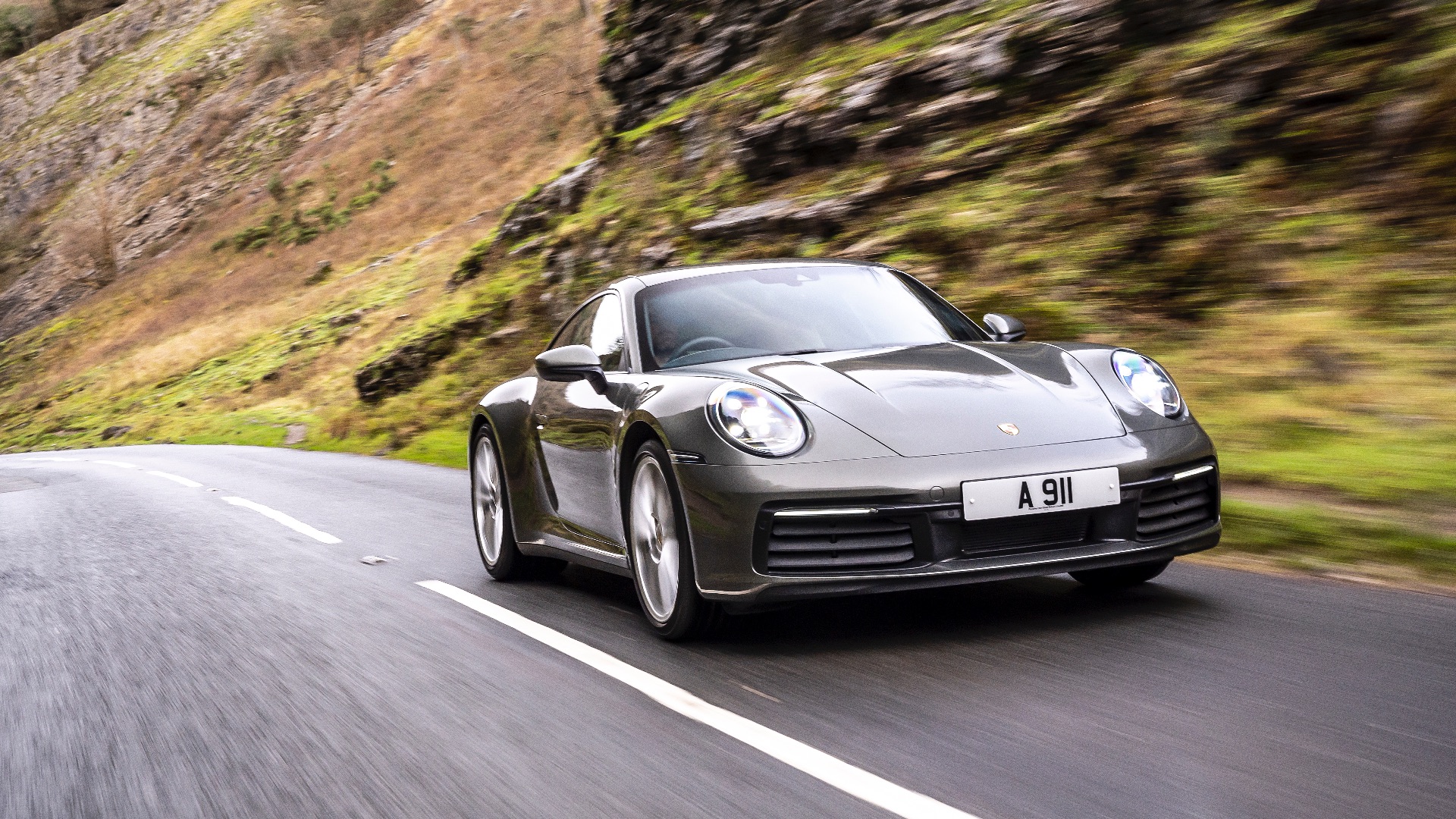 The new Carrera coupe is the meat and potatoes of the Porsche 911 range. Or perhaps a bratwurst and fries, washed down with a refreshing pilsner, for those with Teutonic taste.

Stepping up to the recently-launched 911 Turbo swaps your sausage for a spicy currywurst and beer for a full-bodied bock.

Then there’s the forthcoming, track-focused GT3: a lightweight salad with a crisp Riesling to vivify your senses.

And finally, the fearsome GT2: a liquid lunch of Jägerbombs to utterly blow your mind.

Sadly, the Carrera isn’t as cheap as chips. Have one-too-many Jägerbombs before tackling Porsche’s online configurator and its £82,793 price can swell to six figures.

Still, the basics are what matter most: chiefly a 3.0-litre flat-six located, as ever, behind the back axle. It serves up 385hp and 332lb ft of torque from 1,950rpm, driving the rear wheels via a PDK semi-automatic transmission.

A seven-speed manual arrives this summer, although most 911 buyers now prefer paddles.

Despite its same-again styling, the 911’s 70 percent aluminium body is all-new. Look closely and you’ll spot pop-out door handles and different alloy wheel sizes (19in front, 20in rear), plus a high-level brake light that illuminates like an ‘11’ alongside nine grille slats. See what they did there?

One feature you won’t find, though, is the ‘narrow body’ that used to characterise the Carrera. All 911s now share the same wide track and muscular haunches. More on that shortly. 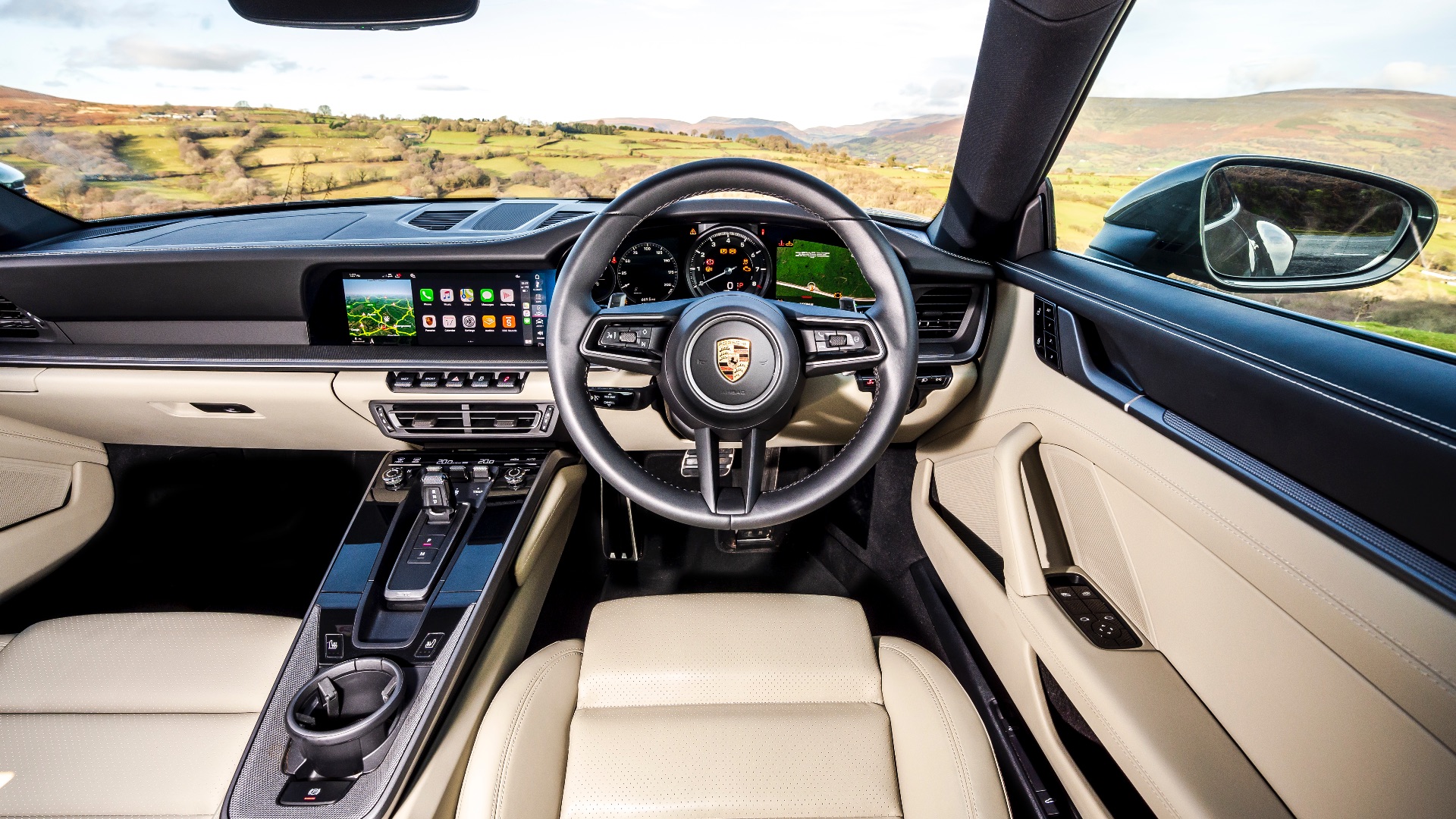 Inside, the minimalist cabin looks futuristic and is brimful of cutting-edge tech. A traditional analogue rev counter stays front-and-centre, but is flanked by digital dials, including an (optional) infra-red night vision display. The 10.9in touchscreen looks super-sharp and connects seamlessly with your phone, while knurled metal toggle switches add some retro charm.

And, lest we forget, the 911 has rear seats. They meant I could ferry my nine- and six-year-old kids around all weekend, when most rival cars would have stayed at home.

Even this ‘basic’ 911 is blisteringly quick. Standstill to 62mph takes 4.2 seconds, or four seconds flat with the Sport Chrono pack and launch control. That’s on par with the 2001 ‘996’ GT2. The Carrera’s twin turbos use smaller compressor wheels than more powerful 911s, so they spool up faster, giving instant right-foot response.

Also, the use of forced induction, while anathema to Porsche purists, means impressive economy. Keep it smooth and you should see 30mpg.

In Normal mode, the 911 does a convincing impression of a luxury GT. Its suspension is taut, although not at the expense of ride comfort, while the gearbox shifts up early – and almost imperceptibly – to save fuel.

Twist the steering wheel controller to Sport or Sport Plus, though, and its inner sports car is emancipated. The engine barks, yelps and howls, racing to its 7,500rpm redline with gleeful abandon, and shifts are now rifle-bolt rapid. Whisper it, but for driving around my home of London, I’d choose the speed and convenience of PDK every time. 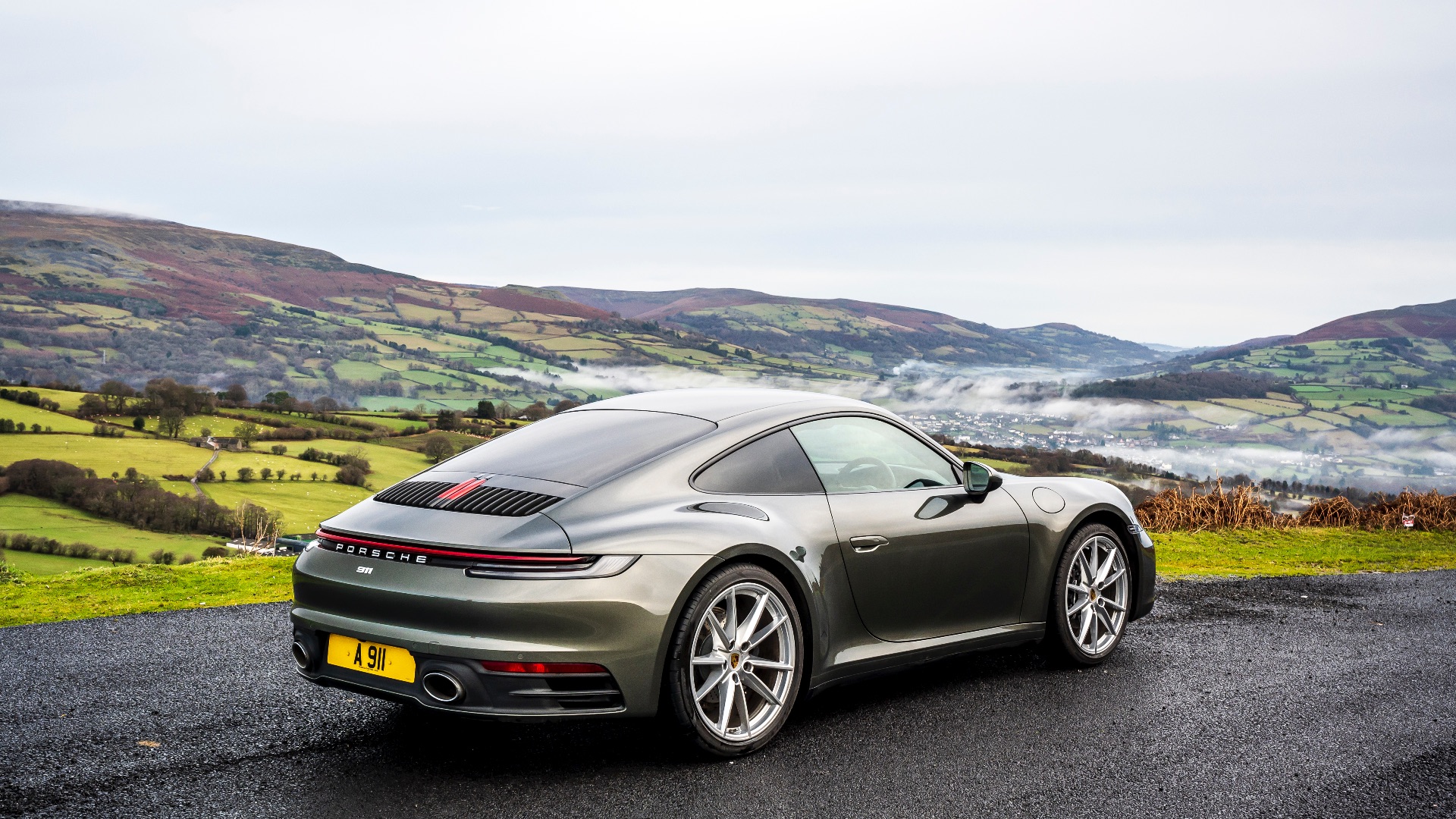 A new Wet mode is also standard, which uses acoustic sensors behind the front wheelarches to sense water spray and ramp up the car’s stability systems. In the depths of Storm Dennis, it made the 911 feel planted and predictable, without muting its nuanced steering or athletic cornering balance. This still feels like a car developed by drivers, for drivers, combining explosive performance with finely wrought feedback.

Just the 911’s size – those hips are almost wider than a Mercedes S-Class limo – holds you back on rural roads.

Faster and more focused models are coming, but only the much pricier 911 Turbo (which you’ll read about here soon) will likely match the bandwidth of the Carrera. Fifty-seven years after launch, this is still the only sports car you need.