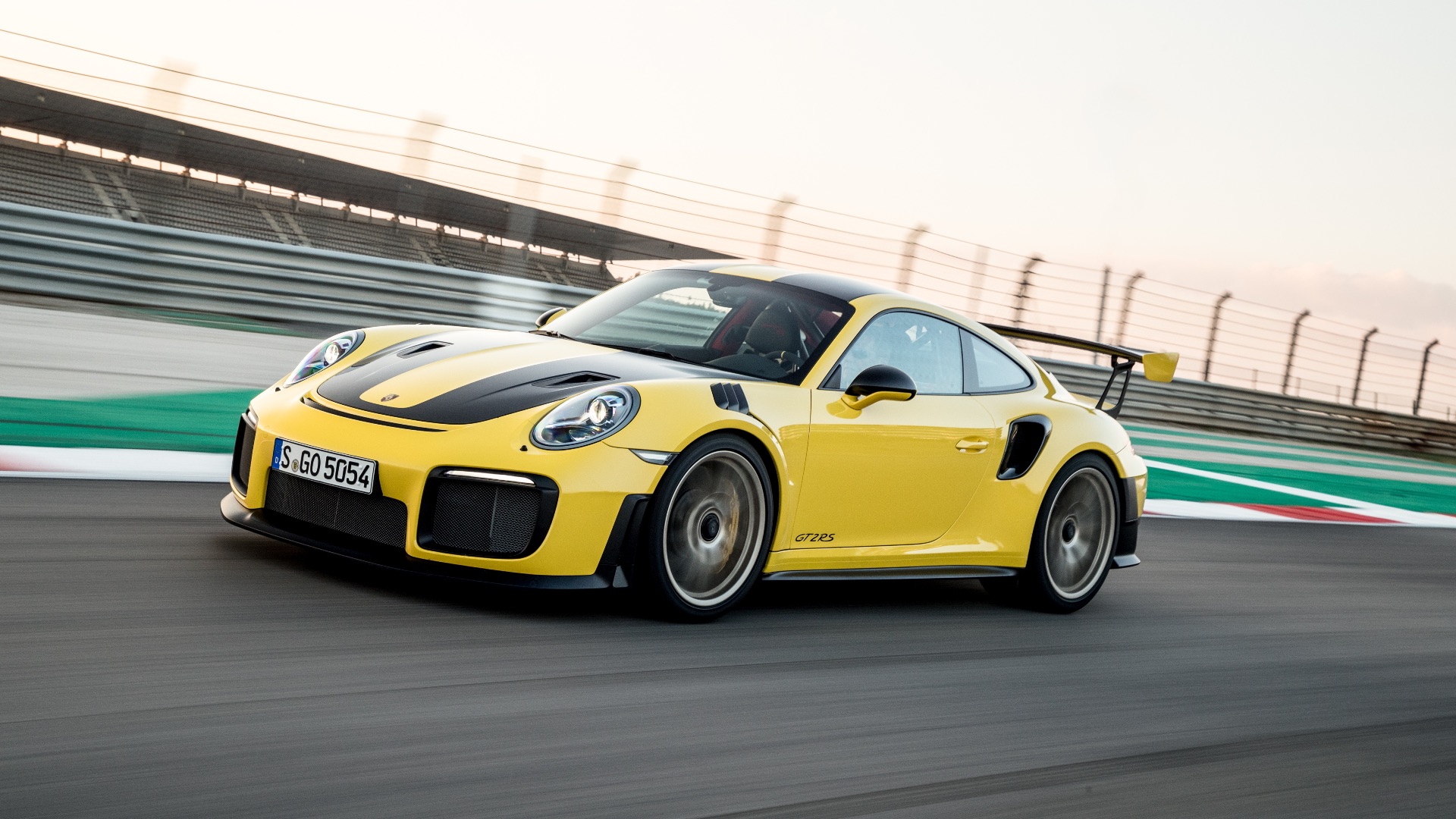 There’s already a new ‘992’ Porsche 911 parked on every side street in west London, but we’re yet to see any go-faster versions. On past form, these will include a Turbo and Turbo S, GT3 and GT3 RS, plus the flagship GT2 RS.

The GT2 RS is the 911 at the peak of its powers. And the outgoing ‘991’ version is still the fastest, most powerful road-legal 911 to date: a hardcore hero with two seats, a titanium rollcage and an Airbus-sized rear wing. A 700hp twin-turbo engine means 0-62mph in 2.8 seconds and 211mph flat-out, plus the ability to blitz the 12.9-mile Nürburgring circuit in six minutes 47 seconds. Among series production cars, only the Lamborghini Aventador SVJ has gone quicker. 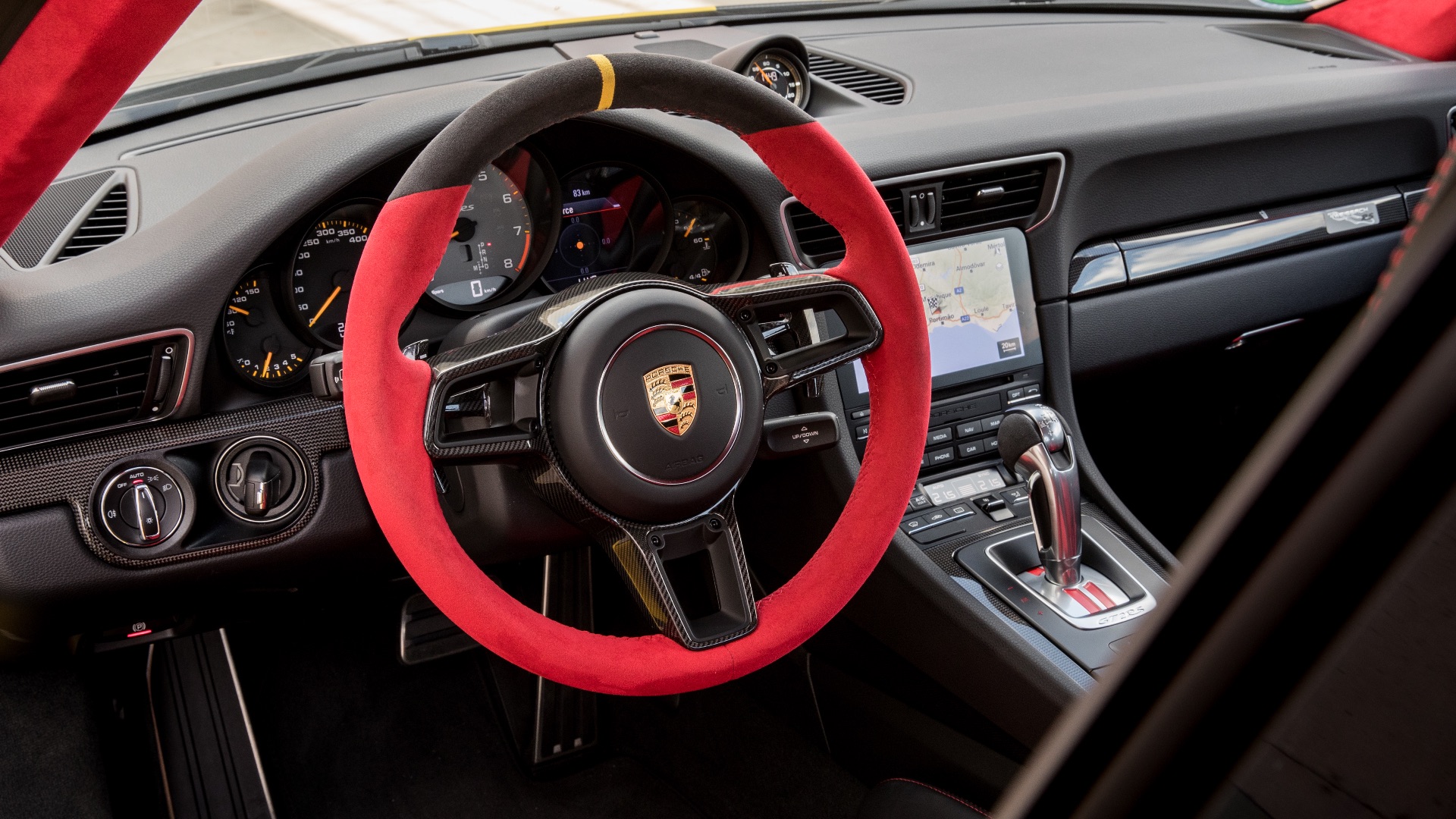 Arriving at Porsche HQ, I sign a disclaimer promising not to die, then collect the keys. The GT2 RS bristles with mechanical malice, its familiar silhouette peppered with aggressive aero addenda. The 3.8-litre motor clatters like a bag of bolts at idle, but proves even-tempered and superbly tractable around town. With the paddleshift PDK gearbox in auto mode (only the naturally-aspirated GT3 RS had a manual option), this racetrack refugee initially feels no more taxing than a common-or-garden Carrera.

Lulled into a false sense of serenity, I head west and arrive at the ‘Lambourn Triangle’ – a lightly-trafficked loop of Berkshire B-roads used as a test route by car magazines. Passing a national speed limit sign, I flatten my right foot and a wall of power wallops me between the shoulder blades. With 553lb ft of torque from 2,500rpm, the turbocharged Rennsport accelerates with the intensity of an avalanche, the industrial rumble of its flat-six amplified to a primal roar. Its sheer ferocity scrambles my synapses, pummelling the breath from my lungs. Mentally and physically, it feels all-consuming.

Weissach-spec 911 GT2 RS is savagely quick, but less intimidating than I expected. At least on dry roads… pic.twitter.com/XRF6k9rNnn

Thankfully, the Porsche has a chassis equal to its straight-line speed. Its ball-jointed, solidly mounted suspension is closely related to the 911 Cup car, but adaptive dampers and helper springs add a degree of civility. Brakes are huge ceramic composite discs with six-pot front calipers, while soft-compound Michelin Pilot Sport Cup 2 tyres offer motorsport-grade adhesion – on dry tarmac, at least. Keep the throttle pinned until VMax and the RS generates 450kg of downforce, equivalent to nearly a third of its own weight. 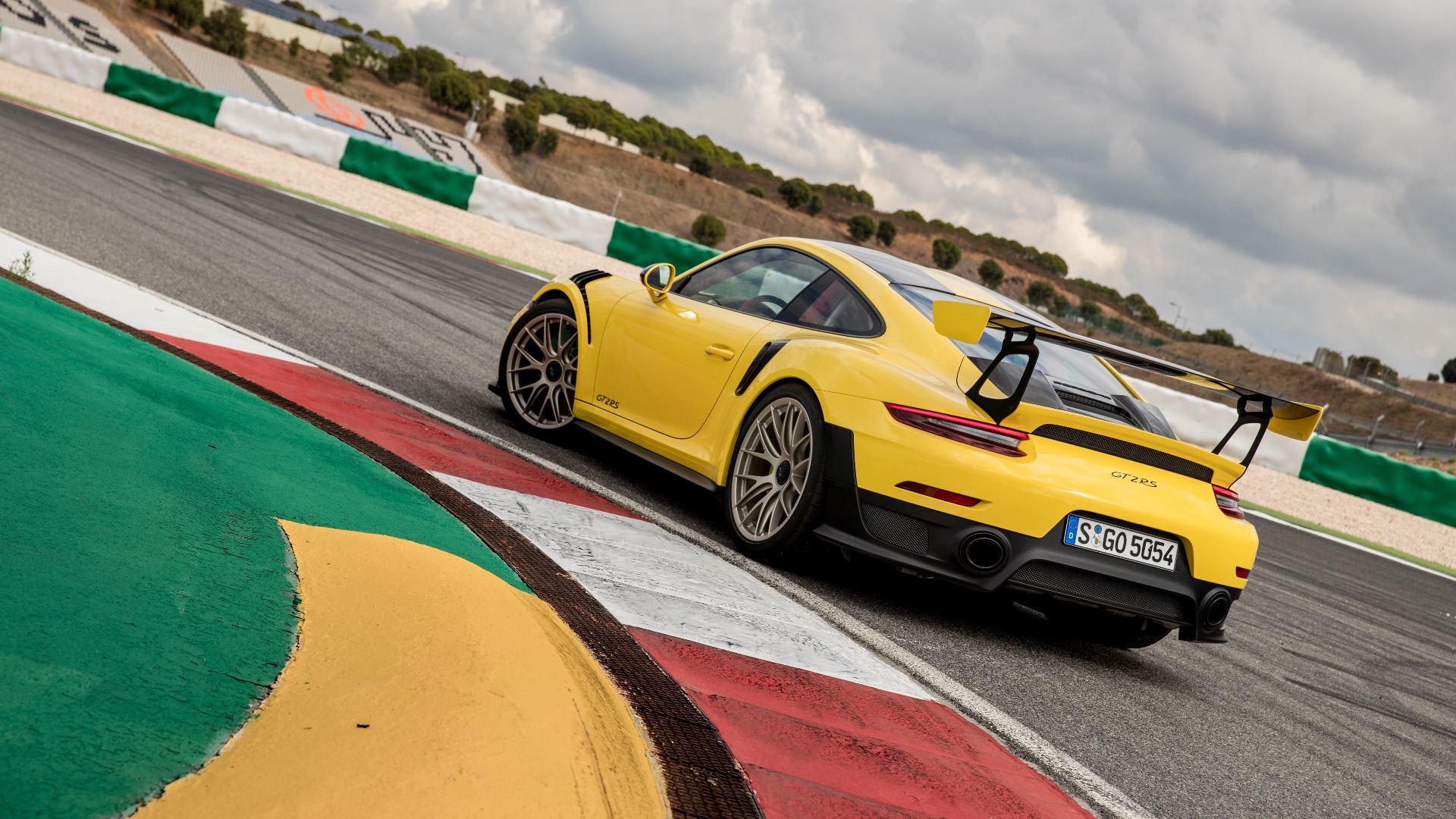 The result, once I’ve recalibrated my brain to that pulse-spiking performance, is a car that’s fluid, intuitive and richly rewarding to drive. Turn-in is razor-sharp, the GT2 RS hard-wired into every ripple of the road, yet its ride is supple enough not to feel skittish. Rear-wheel steering improves stability at speed, too. As my confidence grows, I push harder, feeling the weight shift, brakes bite and tyres squirm. Despite that sledgehammer shove, everything moves with a measured directness that speaks of meticulous German engineering. I’m still in awe of this uber-911, but I’m no longer intimidated by it.

The turbocharged 911 has come a long way, from wayward ‘widowmaker’ to laser-guided missile. However much I up my game, the GT2 RS rises to the challenge. It’s a fitting flagship for the 991, and already a future classic. At present, the new 992 is only available in 385hp Carrera and 450hp Carrera S guises, but RS versions are already deep in development. How much further can Porsche push the 911? I’m not sure, but don’t bank on Lamborghini holding that lap-record for long.