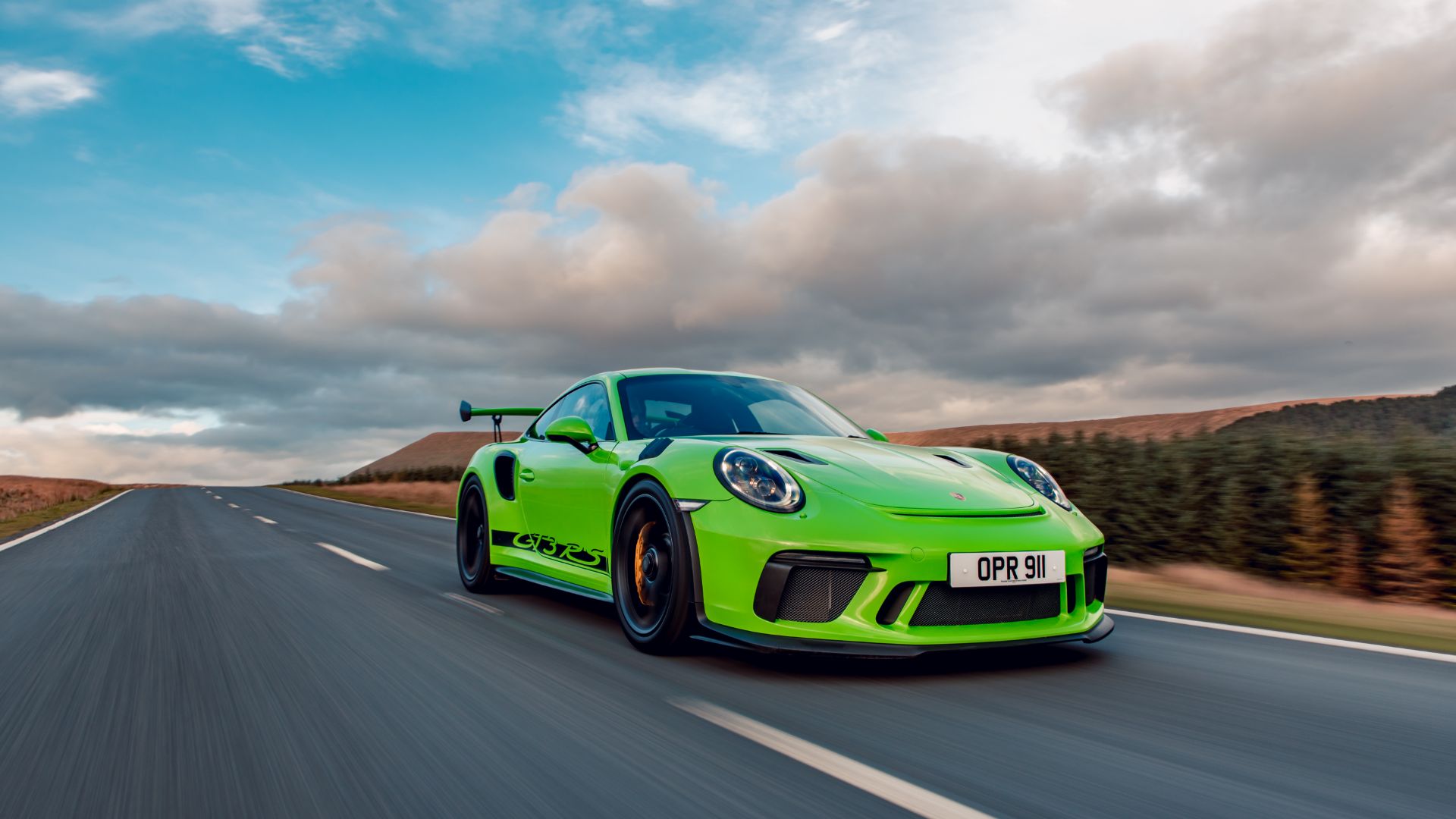 Not long ago, I had coffee with a Porsche collector. Back in the 1990s, he worked for a German tuning company, selling styling kits and engine upgrades for 911s.

Now, he explained, that once-lucrative market has almost entirely dried up. “After all, why build a go-faster Porsche when they can sell you one in the showroom?”

Granted, other mods such as lower suspension, a close-ratio gearbox and binning the rear seats had a transformative effect on the drive (and, um, the ride quality), but there was always potential for more. 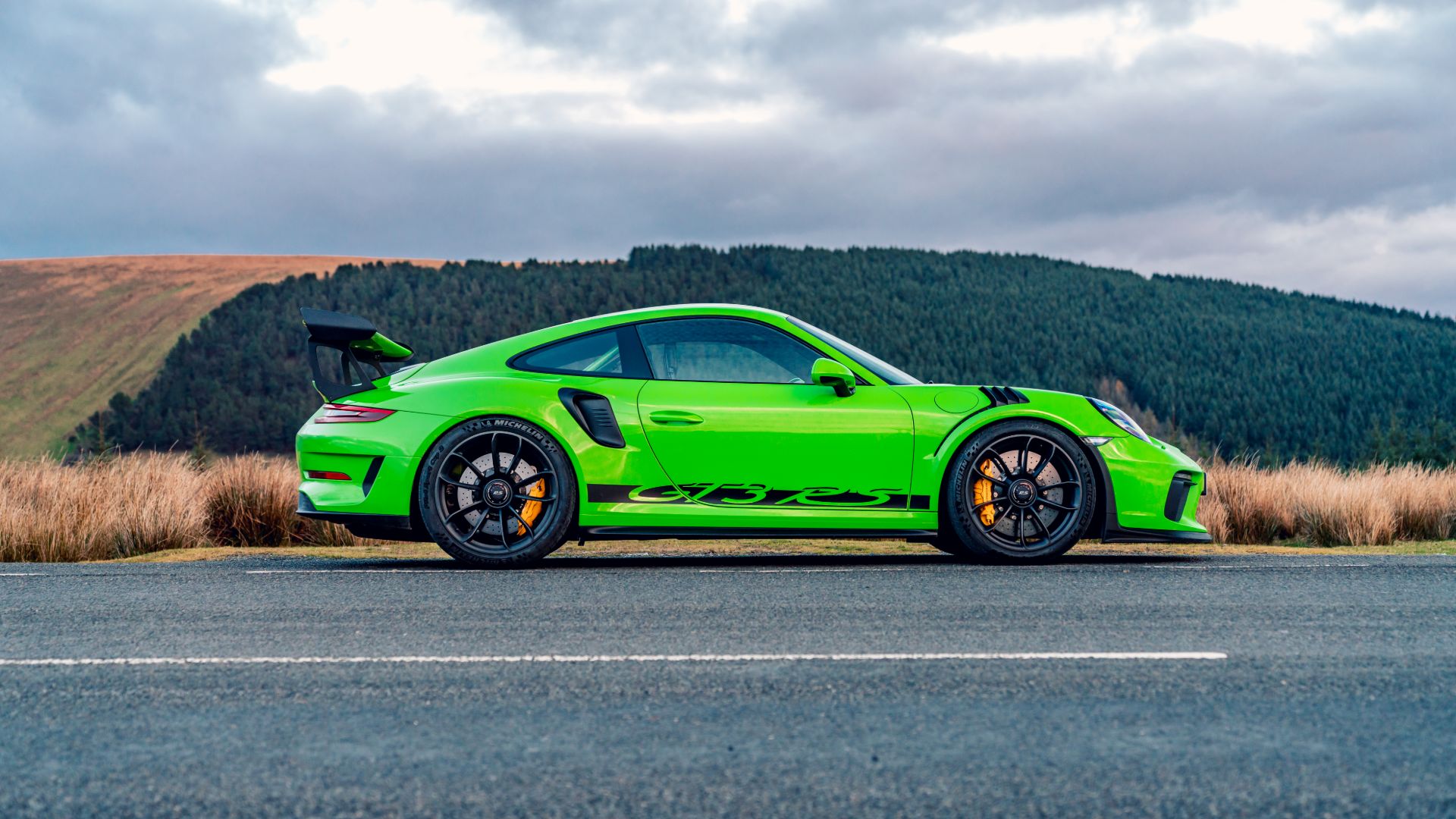 I’m not sure that’s true today. This most recent Rennsport, the ‘991.2’ 911 GT3 RS, genuinely pushes the limits of possibility. It’s a racetrack refugee, a Carrera Cup race car with sat nav and number plates.

Every detail of its design has been honed for scalpel-sharp precision and performance. I doubt any aftermarket tuner could realistically offer more.

So… which one to drive first? 🙂 pic.twitter.com/iNAVq2wtLb 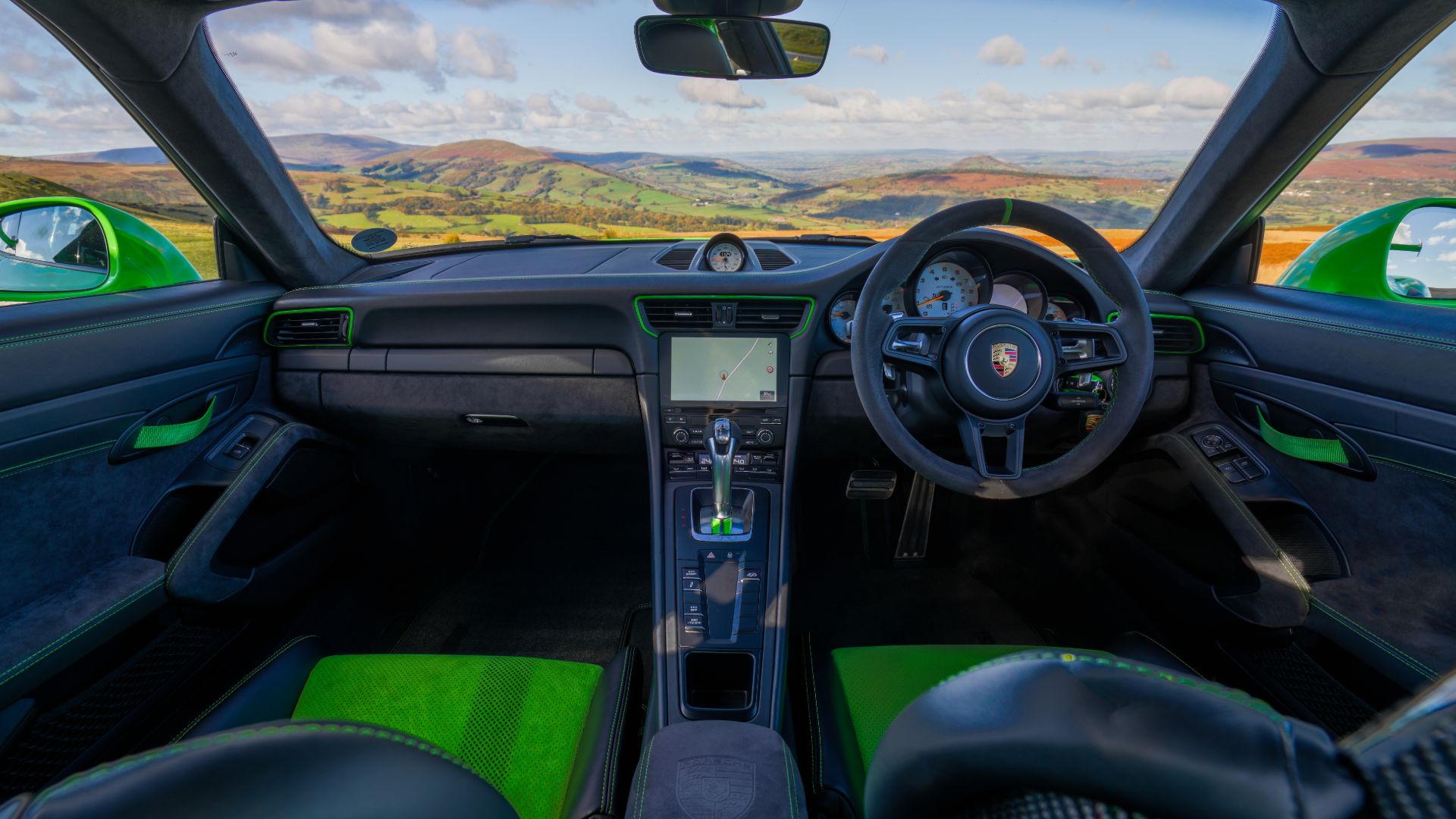 There’s more to such speed than almighty grunt, of course. An in-yer-face aero package, including jutting side skirts and that towering rear wing, increases downforce by eight percent versus the 991.1 RS it replaced.

For the dedicated, an optional Weissach Pack added a carbon roof, titanium rollcage and magnesium wheels that save nearly 3kg per corner.

Still, forget what the GT3 RS can do for a moment and just look at it. In Lizard Green (the launch colour – eight other hues are available) Porsche’s press car is positively radioactive, a mutant mix of 911 and Incredible Hulk.

And its interior is scarcely more subtle: everything from the centre marker on the steering wheel to the trademark RS fabric door-pulls has been colour-coded. 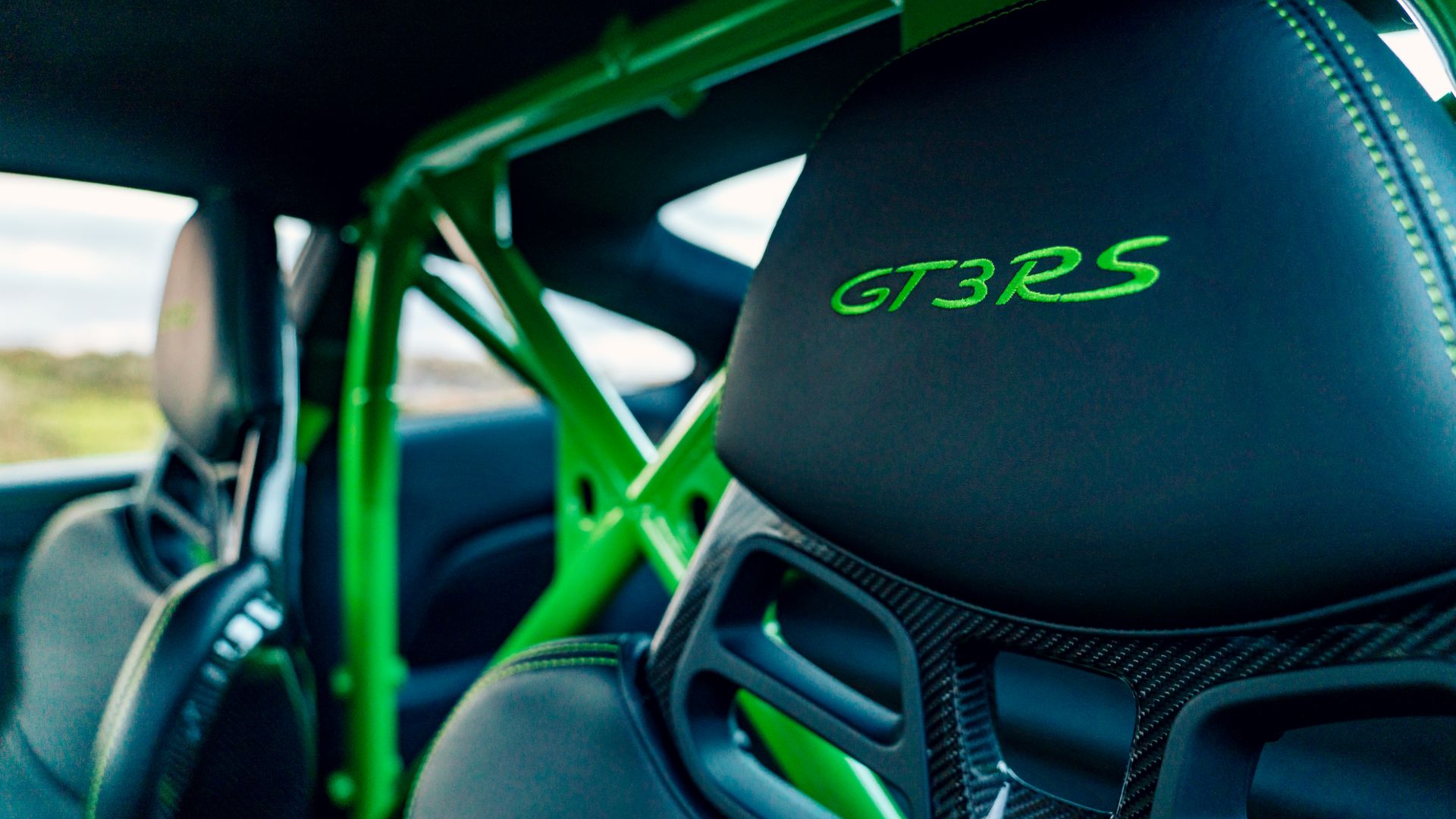 Find the right road and your passenger’s face may turn a tad green, too. The RS is explosively quick and – in dry conditions at least – feels resolutely tied to the tarmac.

Spring rates are almost identical to its competition cousin, but additional helper springs take the edge off the ride. The result is sufficient suppleness for a British B-road, allied with ravenous turn-in and virtually no roll. At speed, the rear wheels turn fractionally in the same direction as the fronts, effectively shortening the car’s wheelbase and further enhancing agility.

For all its perfectly-judged poise, however, the star of the show remains aft of the rear axle. The engine’s insatiable hunger for revs is animalistic and utterly addictive. It simply keeps going… and going… until you run out of nerve or road. Or both.

The soundtrack is like nothing else, too: an uncultured clatter at idle, it escalates to a savage shriek that will sucker-punch your soul. Unlike the turbocharged GT2, you need to work for such rewards, but the GT3 RS scales heights no other 911 can reach. 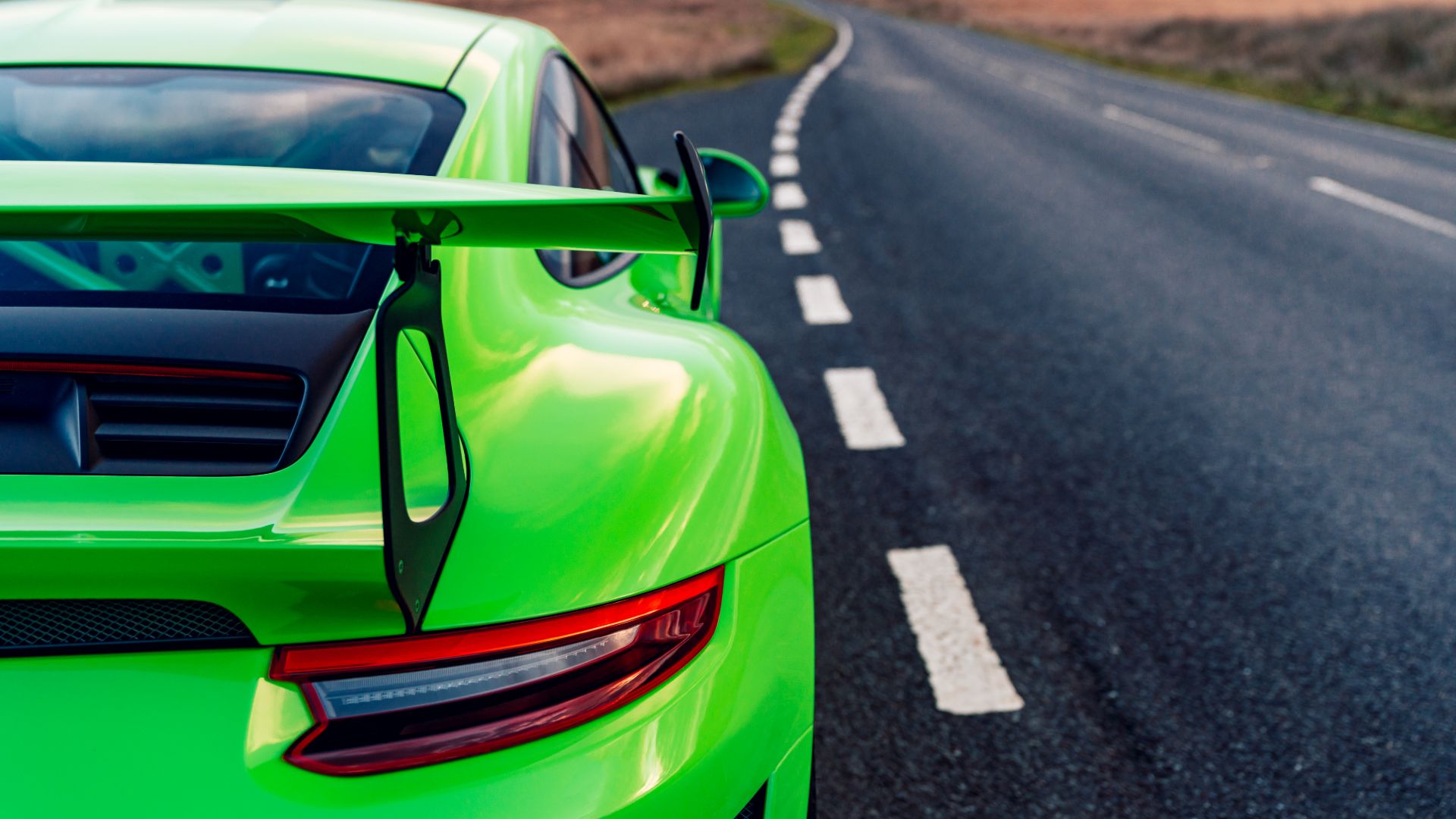 If all the above sounds a bit gushing, I’ll make no apology for that. This RS is one of the finest driver’s cars of the past decade and, at £141,346, was something of a bargain when new. Good luck finding one for that price today.

The 991 RS bowed out with a bang. Will the forthcoming 992 version measure up? We don’t have long to wait.