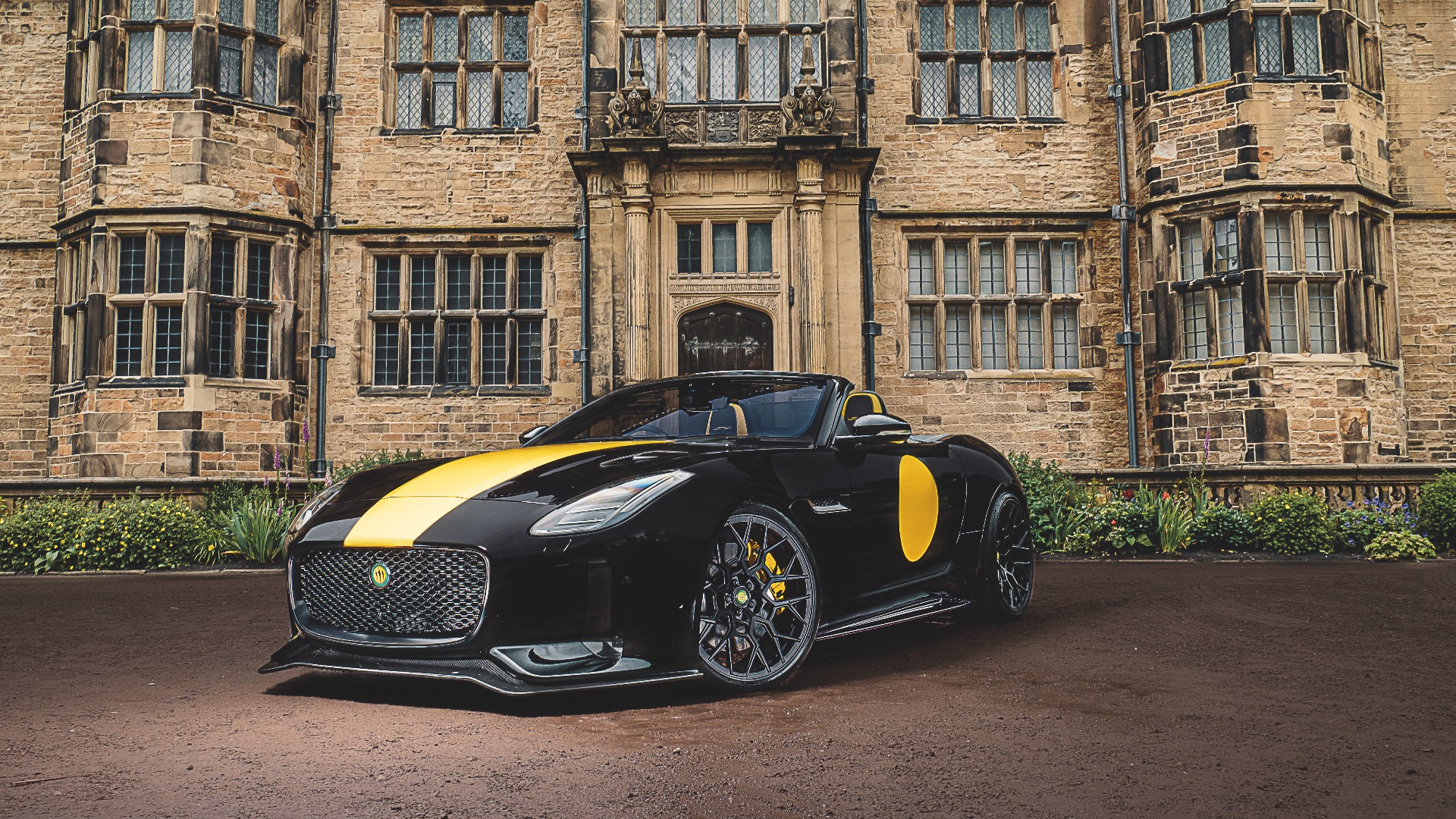 What would Jesus drive? It’s a question you see posed by bumper stickers across America. The answer, of course, is an old Honda he prefers not to talk about: “For I did not speak of my own Accord”. The devil, one suspects, has more extravagant taste, and while the scriptures aren’t specific – I checked, obviously – a black Lister LFT-C seems suitably satanic. Frankly, unleashing its 666 horses could turn anyone to the dark side. Ironic, then, that my journey begins, painfully slowly, on Chris Rea’s ‘Road to Hell’, better known as the M25.

It’s hardly a household name, but Lister has been making Jaguars go faster since 1954. Its reworked D-Type, nicknamed the ‘Knobbly’, took on Ferrari at Le Mans, with famous drivers including Sir Stirling Moss. An ill-fated takeover led to bankruptcy, but Lister returned in 1986 with an outrageous wide-body Jaguar XJS, tuned to exceed 200mph. The Lister Storm supercar followed in 1993, a 553hp V12 temporarily making it the fastest four-seater in the world. Sadly, the economic bubble had already burst, and only four road cars were completed.

The third coming of Lister occurred in 2013 when Lawrence Whittaker – owner of car warranty provider, Warrantywise – bought the original Knobbly tooling and announced a series of ‘continuation’ cars, priced at £300,000 apiece. His Cambridge-based company then turned its attention to the Jaguar F-Type, adding bespoke bodywork, chassis tweaks and, in time-honoured Lister tradition, a lot more power. The result was the LFT-666 coupe. The £139,950 LFT-C is the drop-top version, just 10 will be built, and I’m driving the first. 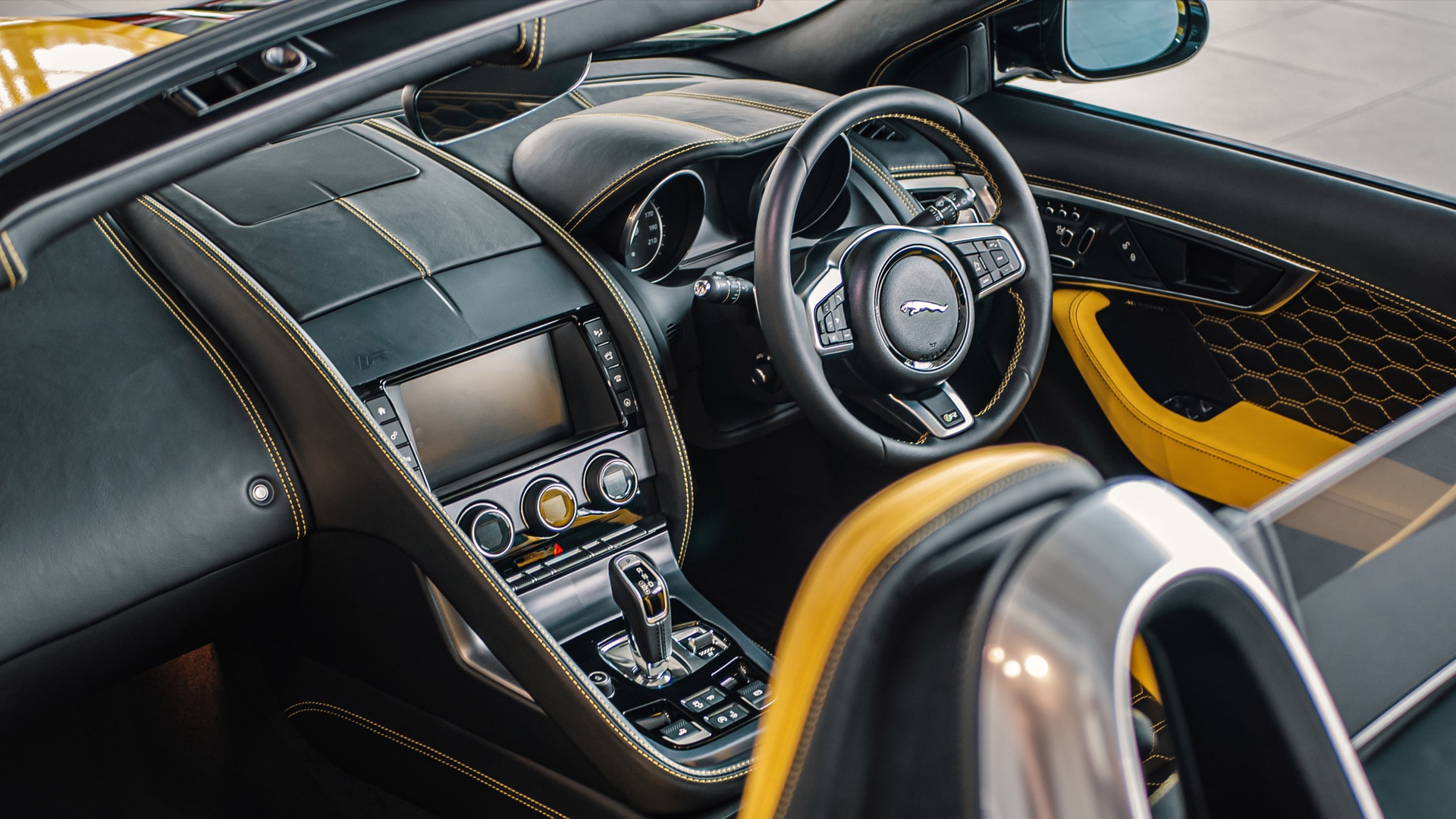 Back to the M25. While I’m not enjoying the LFT-C yet, others clearly are. Phones point and Instagram is excitedly updated: the car is a social media sensation. Admittedly, the optional yellow stripe and racing-style roundels probably help, but the pretty F-Type flaunts a newfound aura of menace. New parts include the deeper bumpers, side skirts and rear diffuser, all in flawlessly finished carbon fibre, plus lowered suspension and spidery 21-inch Vossen alloys. Note the absence of Jaguar badges, too: even the pop-out door handles wear Lister logos.

There’s yet more yellow inside – also optional, thankfully – with seats and doors retrimmed in plush Bridge of Weir leather. Jaguar’s dated infotainment system is the only black mark, but that’s swiftly forgotten when you press the pulsating start button. The 5.0-litre V8 hails from the F-Type R, delivering its devilish 666bhp via an uprated supercharger, new intercooler and carbon-tipped exhaust. Standstill to 62mph takes a scorching 3.2 seconds and Vmax is 205mph. A Honda Accord doesn’t come close.

A few design details on the LFT-C.

Lister badging extends to the pop-out door handles and even the puddle lights.

Only 10 examples of the roadster will be made – versus 99 LFT coupes. pic.twitter.com/9EMAC1EtIp

Still, there are several Audis that could worry the Lister in a drag race. And the £118,990 Jaguar F-Type SVR convertible isn’t far behind, at 3.7 seconds and 195mph. What really sets the Lister apart is how it goes fast. Unlike some all-or-nothing tuned turbo engines, the supercharged V8 is smooth, linear and ravenously hungry for revs. At any speed, in any of its eight paddle-shift gears, it piles on speed like a runaway train. 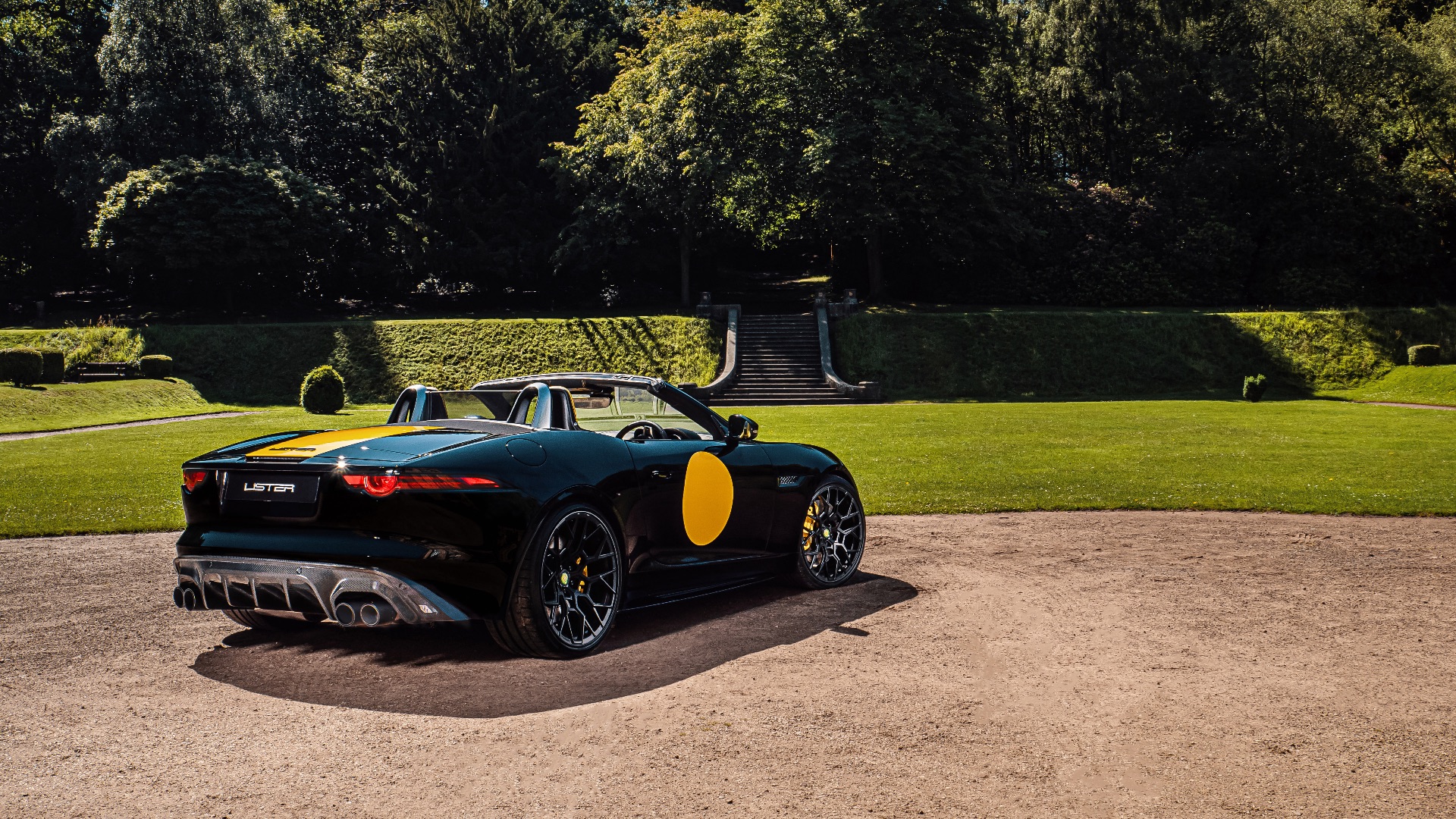 Thankfully, four-wheel drive, relatively supple suspension and powerful steel brakes (carbon-ceramics will be available soon) mean the LFT-C isn’t the white-knuckle ride you might fear. Even on damp roads, its nuanced steering and handling offer a reassuring feel of flow. My biggest worry was coaxing the jutting front splitter over speed humps, which must be mounted at walking pace. Consider a front axle lift-kit an essential investment.

It’s the sound of LFT-C that’s stayed with me, though. Press the ‘loud exhaust’ button and its blood-and-thunder chorus makes even a Lamborghini seem subdued. Its guttural rumble swells to a demonic shriek, concussive crackles accompanying every downshift or throttle-lift. With the roof retracted, the experience is utterly immersive, almost overwhelming.

Lister has just revealed its latest project: a modified Jaguar I-Pace called the SUV-E. A ‘more aggressive’ exhaust sound’ is promised, to artificially amplify its electric motor. It’s the future, and one we must embrace. But for now, the devil has all the best tunes.