The Rolls-Royce Cullinan is the world’s most luxurious SUV. Get past the divisive styling and lofty price tag, and in some ways it's also the best. 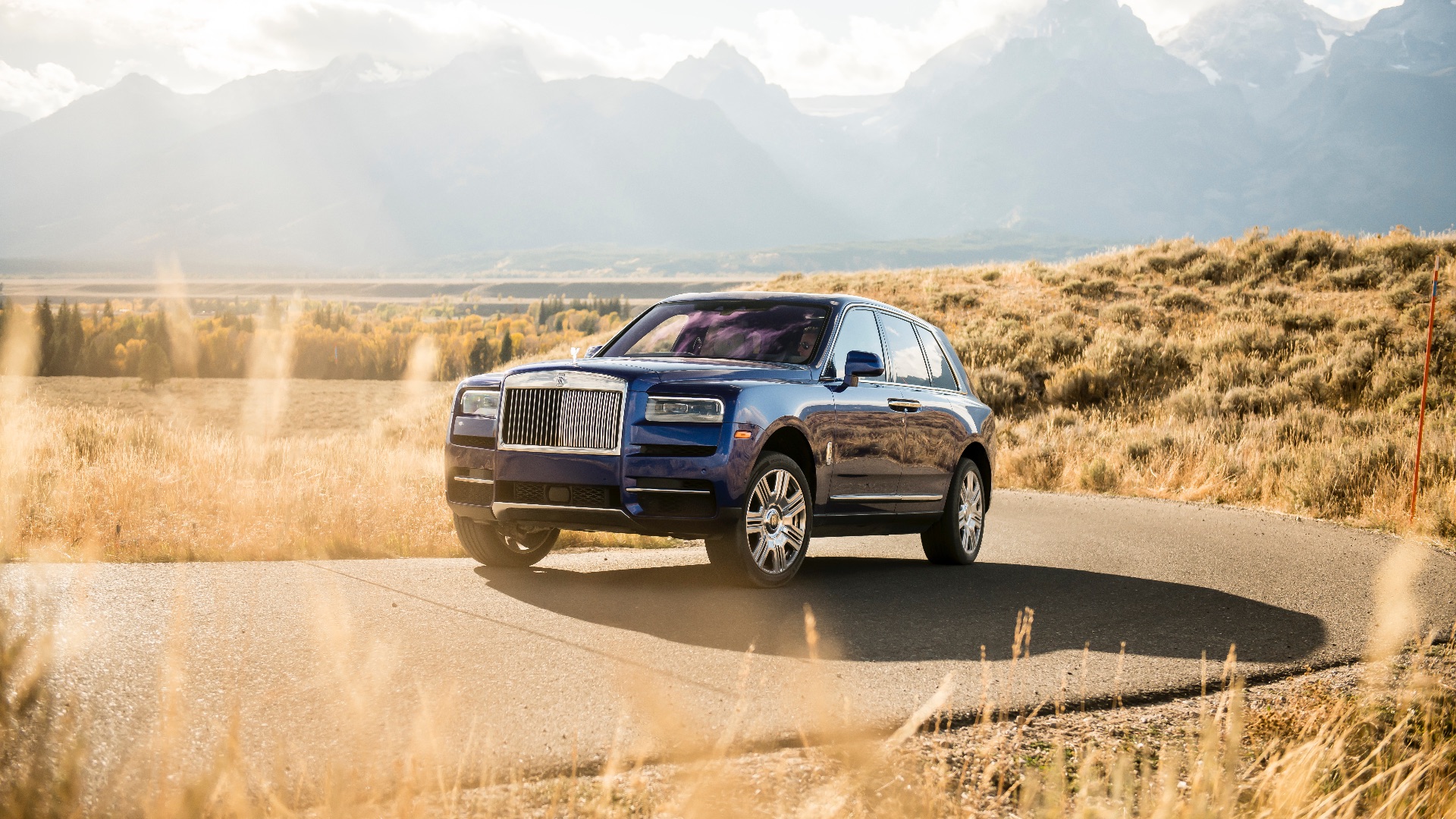 Admit it: you’ve made your mind up about the Cullinan already. I know I had. Rolls-Royce’s first SUV has proved more divisive than a certain referendum in 2016.

Even if I proclaimed it the best car in the world – and in some respects, it probably is – the naysayers among you won’t budge. Luckily, we’ve all had enough of experts. Ahem.

Rolls-Royce always maintains its cars don’t have any competitors, and in the Cullinan’s case that’s true. At £100,000 more than a Bentley Bentayga W12 or fully-loaded Range Rover SVAutobiography, it exists in a rarefied super-SUV stratosphere all its own.

It will boldly go where no Rolls has gone before, too. Such all-terrain capability matters in Russia, China and the Middle East: all key markets for the Cullinan.

I’m not a fan of its slab-sided styling, but nothing this side of a Chieftain tank has more rear-view-mirror presence. That imposing ‘Parthenon’ grille is framed by laser headlights and a bonnet that sits proud of the front wings, not unlike like an early Land Rover.

At the sides, ‘coach’ doors open from the middle, providing a widescreen view of the opulent interior, while the horizontally split tailgate – which Rolls calls ‘The Clasp’ – offers a perch for impromptu picnics (bring your own Bollinger). 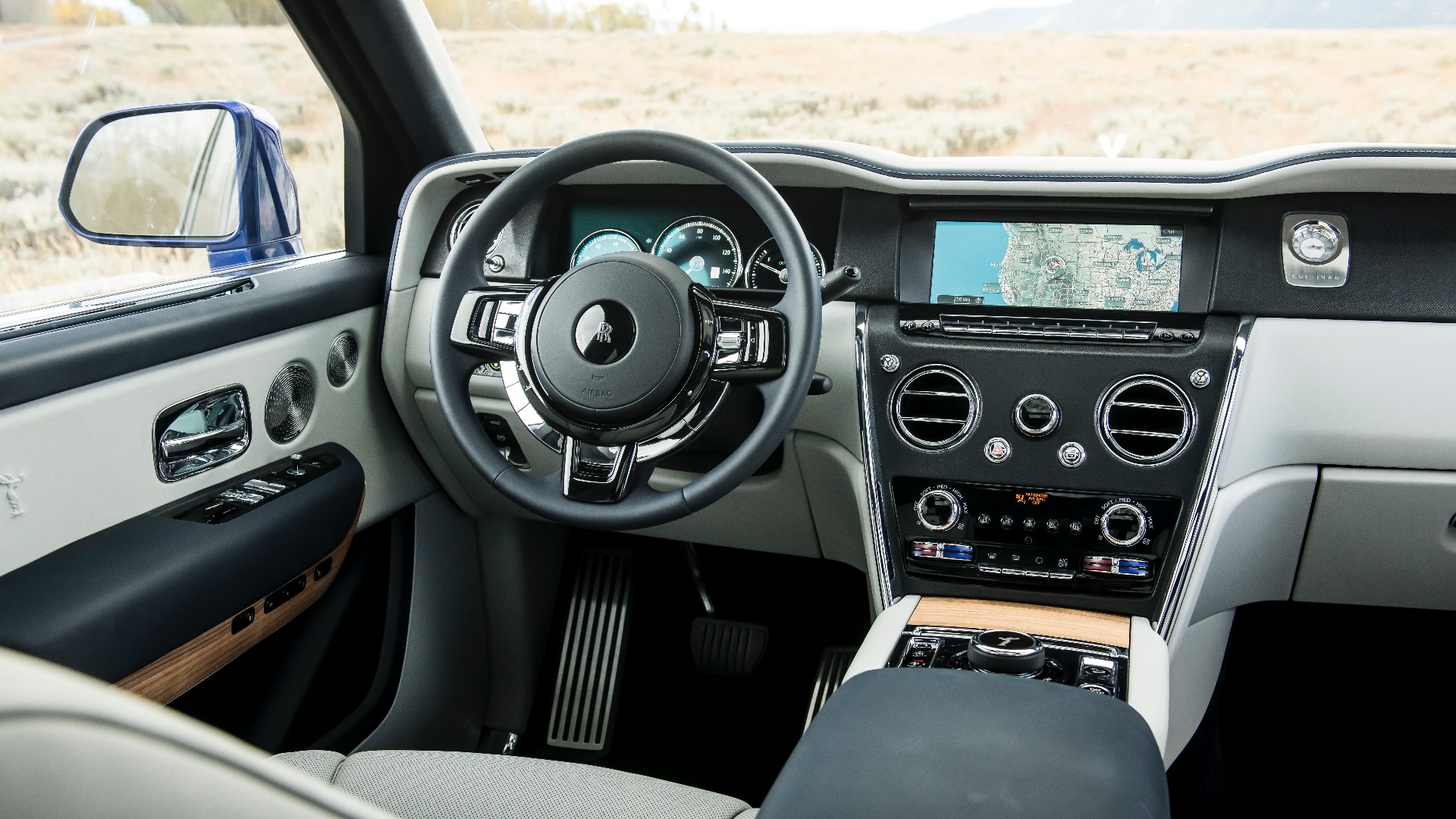 Under the skin, the Cullinan shares much with the flagship Rolls-Royce Phantom, including its aluminium spaceframe chassis, eight-speed auto transmission and twin-turbo 6.75-litre V12. The latter musters 571hp and a titanic 627lb ft of torque, enough to launch this 2,660kg land-yacht to 62mph in 5.2 seconds.

Four-wheel steering and 48-volt active anti-roll bars assist in the corners, while variable-height air suspension and an ‘Everywhere’ mode – which automatically adapts to mud, wet grass, gravel, ruts or snow – are on-hand if the car park at Pangbourne gets slippery.

My week was largely spent on the M25, and the furthest I ventured off-road was mounting a kerb. So we’ll have to take that promised rough-terrain prowess as read.

Suffice to say, nothing makes a busy motorway more palatable than a Cullinan. Pillowy-soft and whisper-quiet, it even shrugged off the concrete Surrey section. With Eleanor, the silver-plated Spirit of Ecstasy, acting as my spiritual sat nav, I felt utterly imperious.

Early start in the Cullinan.

Still, with heated seats, a heated steering wheel and heated armrests, it’s nicer than being in bed. pic.twitter.com/wBPBq2ZcDD

Frankly, there’s no more pleasant place to waste time in traffic either. The Cullinan’s cabin is a hermetically-sealed cocoon of leather, wood and polished metal, and quality is second-to-none. I was tempted to drive barefoot, simply to bury my toes in the deep-pile lambswool carpets.

It’s genuinely practical, too, with ample cubbyholes and cupholders, water-resistant leather on the dashboard and doors, plus a rear bench seat that folds flat – a first for Rolls-Royce. Leave the kids at home and you could chuck a couple of mountain bikes back there. 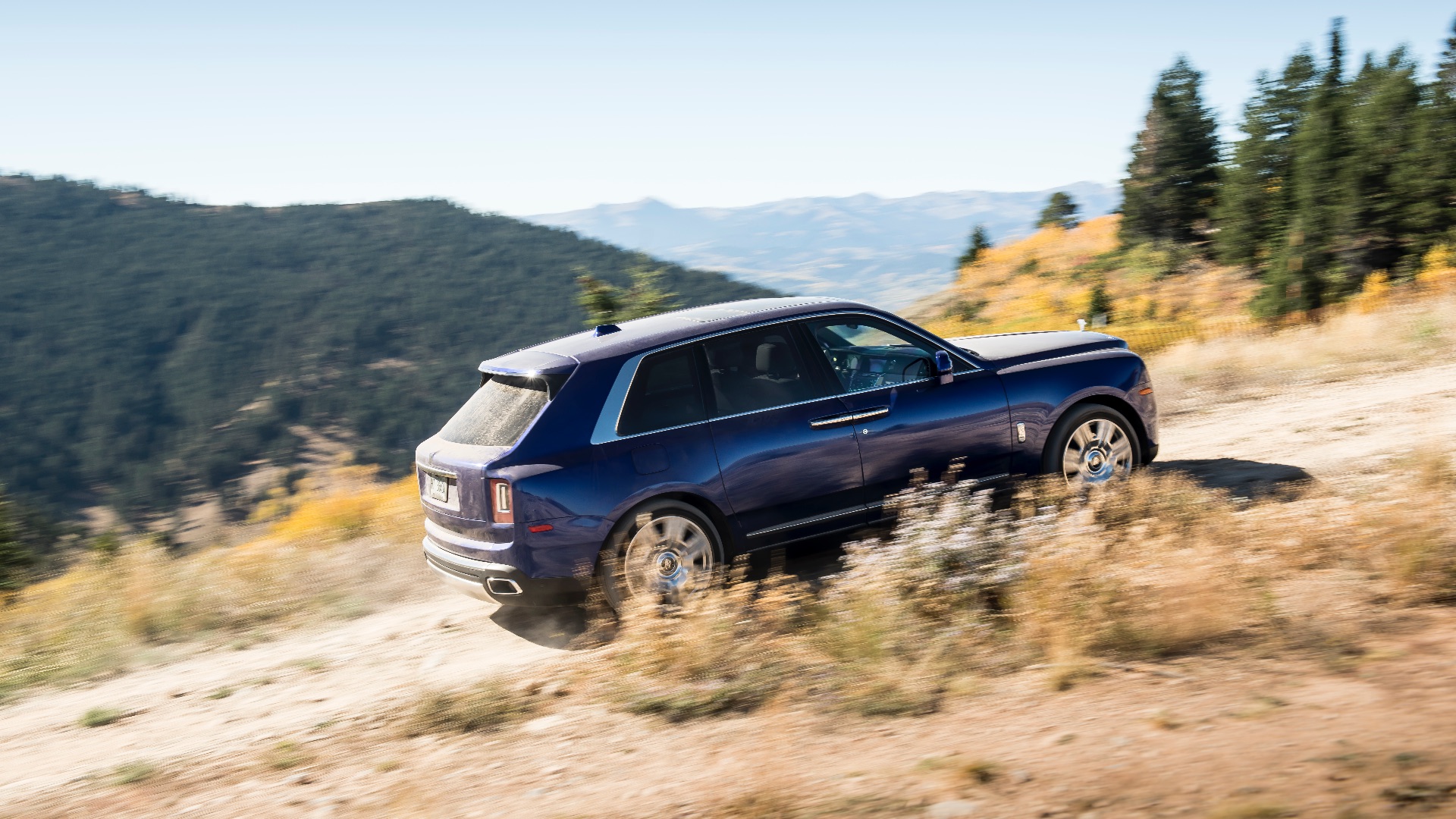 On regular roads, you’re always conscious of the Cullinan’s sheer size, but body control is iron-fisted and it rarely loses its composure. Ultimately, though, it prefers not to be rushed (“A sport mode? Don’t be silly, dear – this is a Rolls-Royce”), and you’ll feel the same, enjoying the fingertip-light steering, seamless gearshifts and knife-through-butter V12.

Only in tight spaces around town can piloting a Cullinan become stressful; I was very thankful for the suite of surround-view cameras and sensors.

Changed your mind? I thought not. For many, the Cullinan will forever be too ostentatious, too arriviste: the Rolls-Royce most likely to be seen on Instagram.

Put such preconceptions to one side, though, and you’ll discover the finest SUV on sale, one that transcends mere transport and makes every journey a special event. Even a stop-start commute on the M25.

GQ Car Awards 2020: the most exotic and exciting cars

The new all-electric Hyundai double-decker bus seats 70 passengers and can drive up to 186 miles on a 72-minute charge.
Read more

Revealed: the Geneva supercars that have rocketed in value

Show stars: figures released by JBR Capital reveal the Geneva supercars that have appreciated in value – and those that haven't.
Read more

You could own Bond villain’s Jaguar hypercar

Move over Nissan Qashqai, your reign as the king of the crossovers may be about to end...
Read more