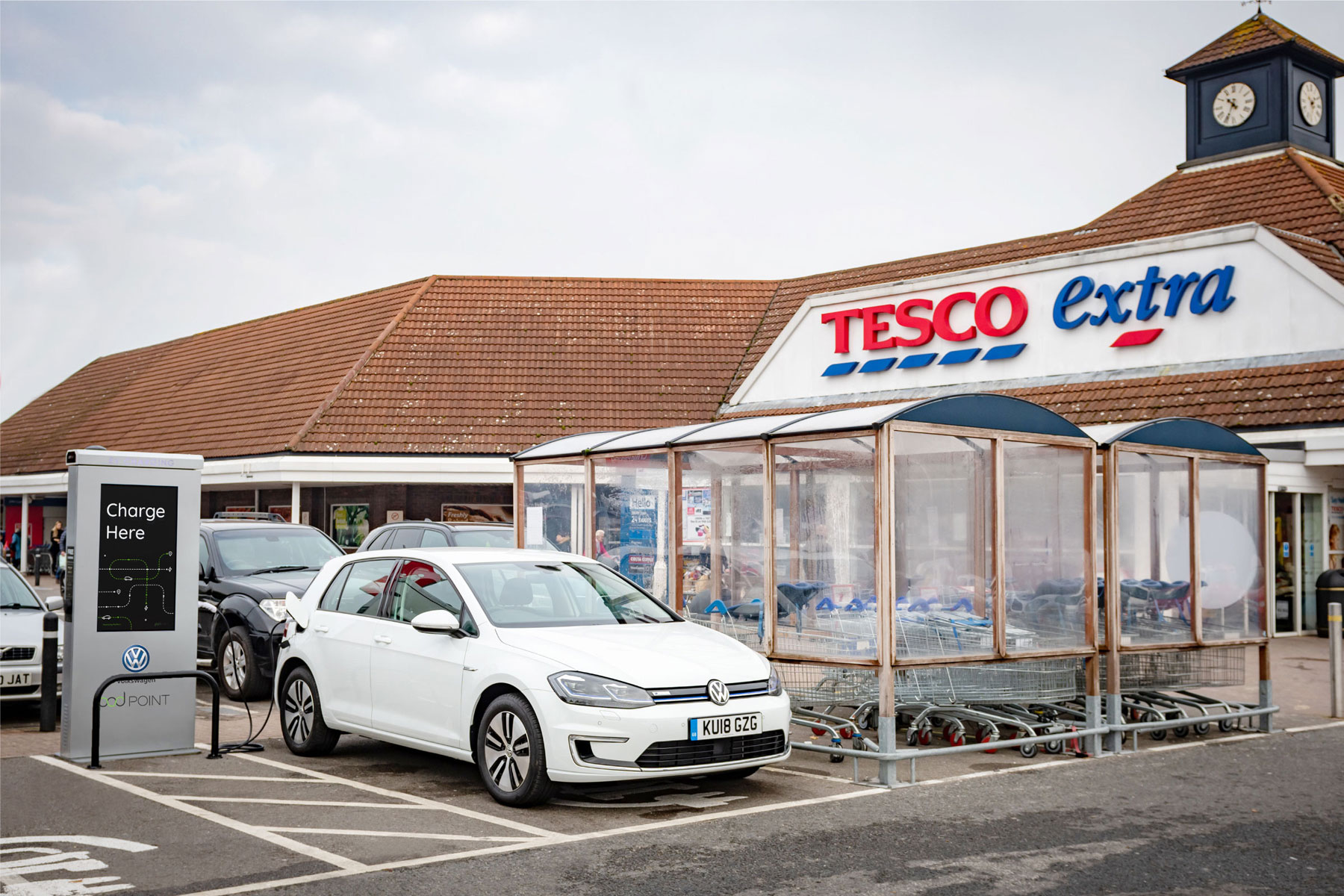 Volkswagen and Tesco have announced plans to create ‘the largest UK retail electric vehicle charging network’, with more than 2,400 charging bays to be installed within the next three years.

The charging bays, which will be based in Tesco Extra and Superstore car parks, will be installed by Pod Point, the UK’s largest independent public charging network.

Electric vehicle owners won’t have to pay for using a standard 7kW fast charger, but ‘a small cost in line with the market rate’ will apply for use of a rapid 50kW charger. Around 600 Tesco stores across the UK will benefit from this development.

Geraldine Ingham, head of marketing at Volkswagen UK, said: “This incredibly exciting partnership with Tesco, powered by Pod Point, underlines the scale and ambition of our electric car programme in the UK.

“Working with these partners to provide such an extensive network of EV chargers should leave no one in any doubt about the Volkswagen brand’s wholehearted commitment to an electric future.” 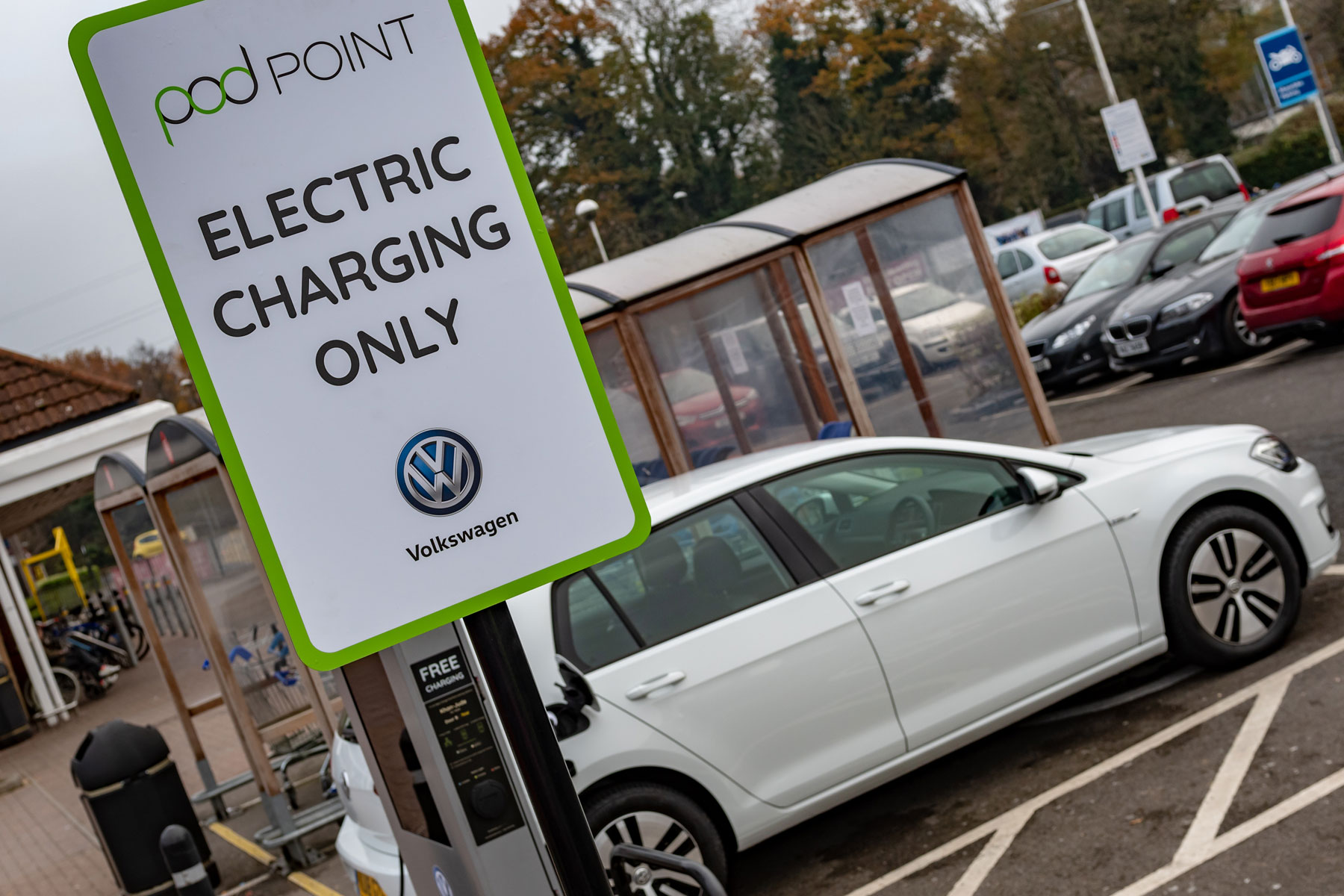 Jason Terry, Tesco CEO for UK and Republic of Ireland, added: “As the UK’s biggest fuel retailer, we have a role to play in supporting the transition to a low carbon future and improving air quality.

“We know our customers are increasingly moving towards electric vehicles, offering charging while they shop is another little help to make their lives easier.”

Pod Point has a network of 1,700 public charging bays across the UK, including electric chargers in Lidl and Sainsbury’s car parks.

According to the latest stats provided by Zap-Map, there are currently 6,625 public charging points in the UK, with a total of 11,013 devices and 18,944 connectors.

Earlier this year, BP bought the country’s biggest electric car charging network with the acquisition of Chargemaster. BP plans to add 1,200 fast chargers to its forecourts over the next year, adding to the 6,500 Chargemaster charging points. 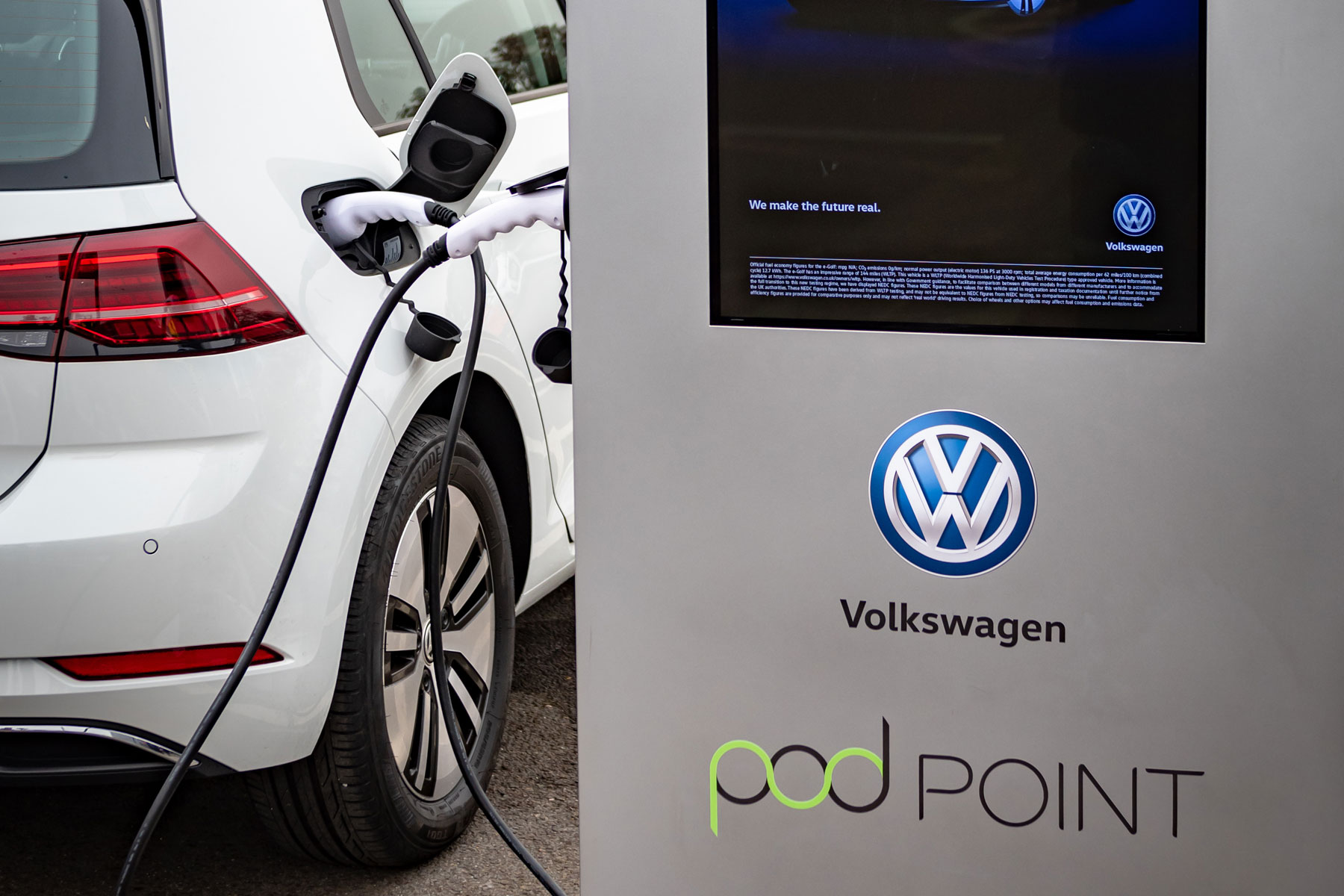 Erik Fairbairn, CEO of Pod Point, said: “This agreement represents a 14 percent increase in the number of public charge bays in the UK and is a monumental day for electric vehicle drivers. It is a massive leap forward for the UK and a significant step in our mission to put a Pod Point everywhere you park.”

Government plans to double cycling by 2025

BMW M3: a history in pictures

We travel through three decades of the BMW M3, from the iconic E30 to the present-day F80. Our journey also includes a one-off M3 estate and two M3 pick-ups
Read more
Car News

7 in 10 car drivers think bicycles should have licence plates

On your bike: a survey of 2,000 people finds that 68 percent of motorists want bicycles and electric bikes to have licence plates.
Read more

Backbone of Britain: 1 in 10 UK jobs relies on a van

YouTube has revealed its most-watched adverts of 2019. Among heavy-hitters like Amazon, Apple and Bosch, we find Hyundai USA.
Read more