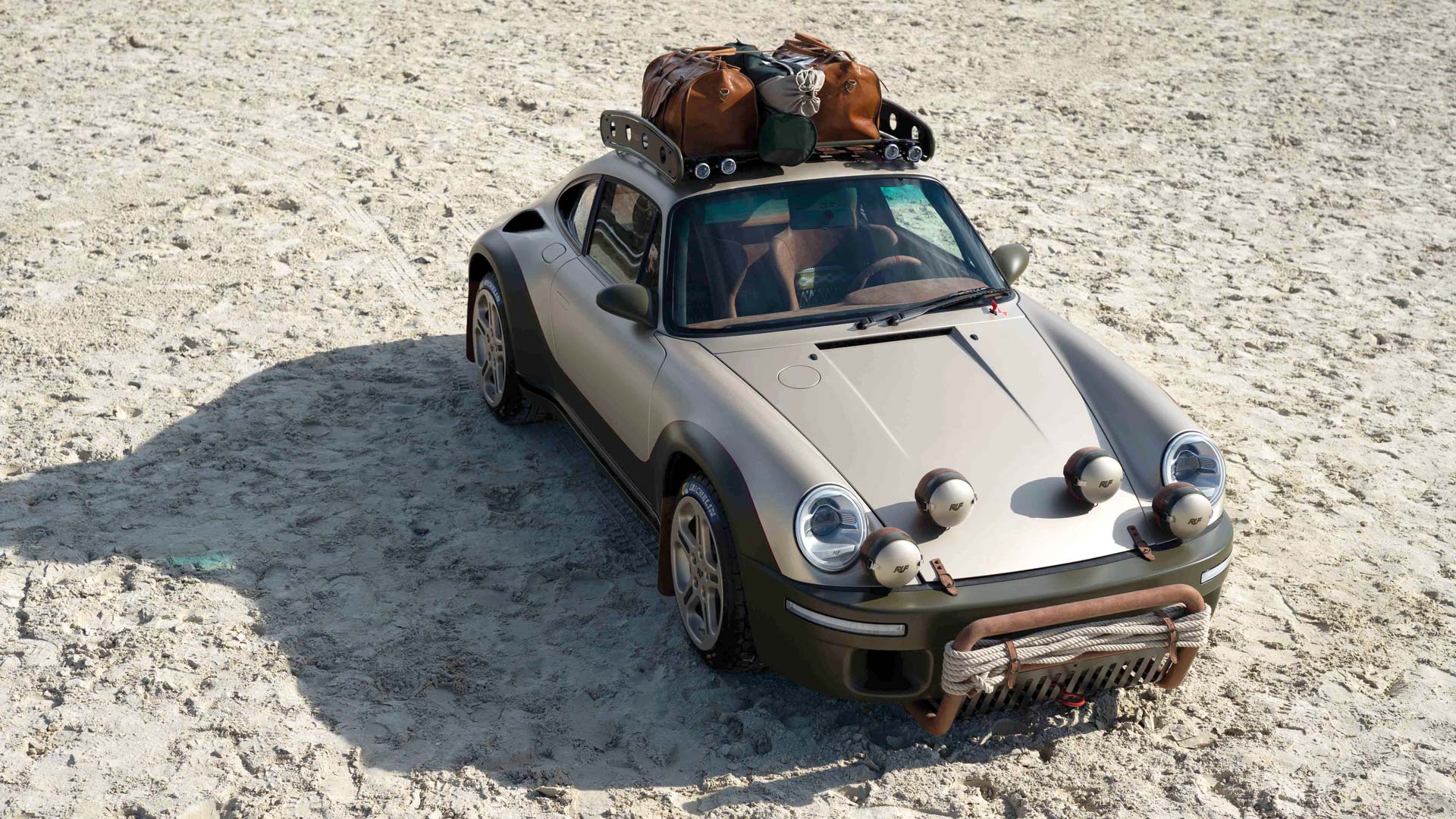 Sports car maker RUF has revealed an impressive new off-road concept, said to have been inspired by the Rodeo Drive Concours d’Elegance event in California.

The German manufacturer, which has traditionally used Porsche chassis to create its own products, is expanding its horizons with the Rodeo.

Whilst the Rodeo may have retro looks, the technology underneath means this is a thoroughly modern machine.

Get ready to saddle up 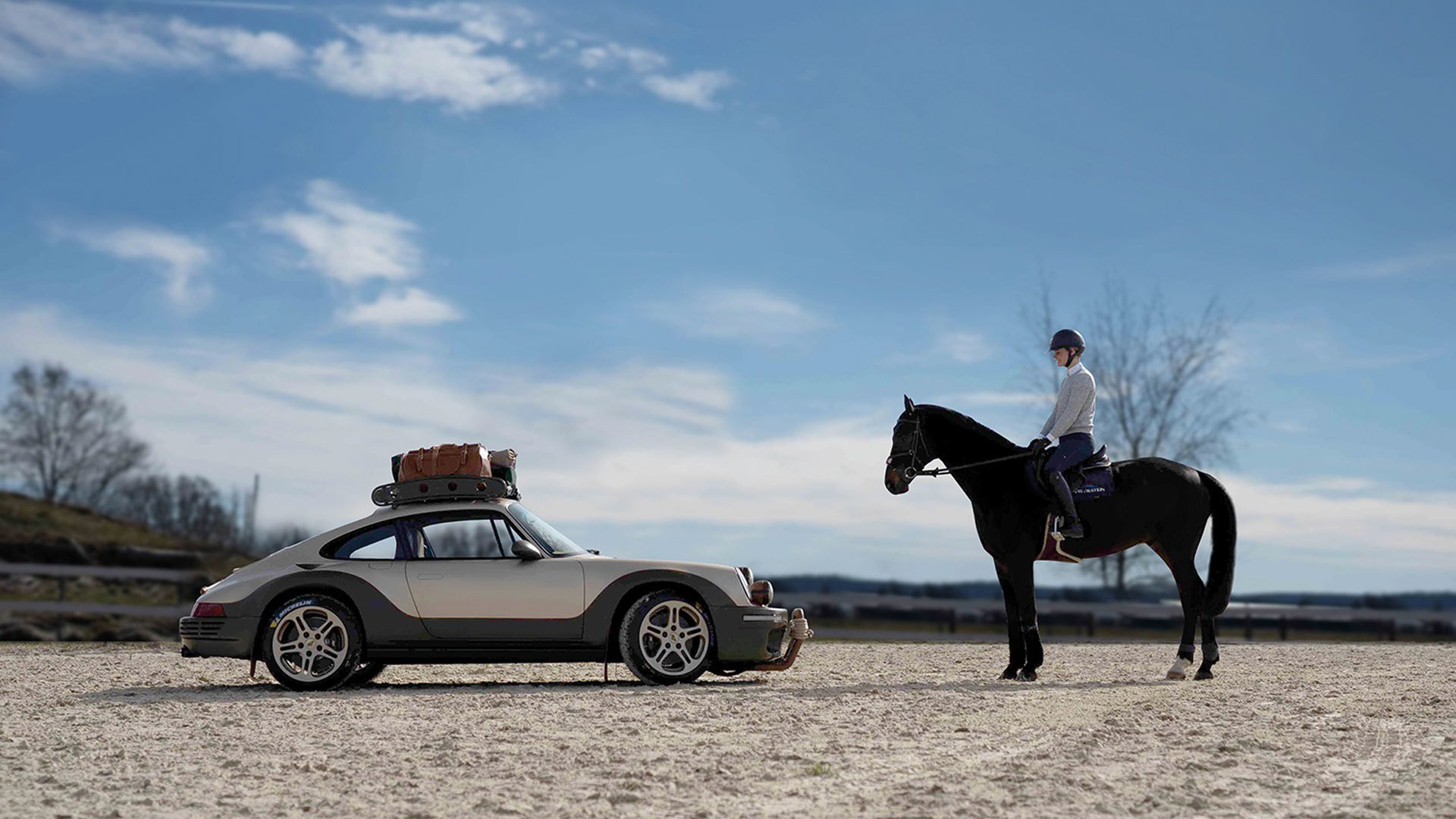 The idea for the Rodeo Concept came from high-profile automotive events and car enthusiasts.

RUF notes that this includes famed collector Bruce Meyer, who was the founding chairman of the Petersen Automotive Museum in Los Angeles.

Meyer is known for owning some of the most collectible vehicles on the planet, including the very first 1987 RUF Yellowbird.

Phillip Sarofim, a RUF fan, is also said to have provided inspiration for the Rodeo, along with fashion mogul Ralph Lauren. In particular, the themes from Lauren’s 2011 Western Collection were used in developing the car. 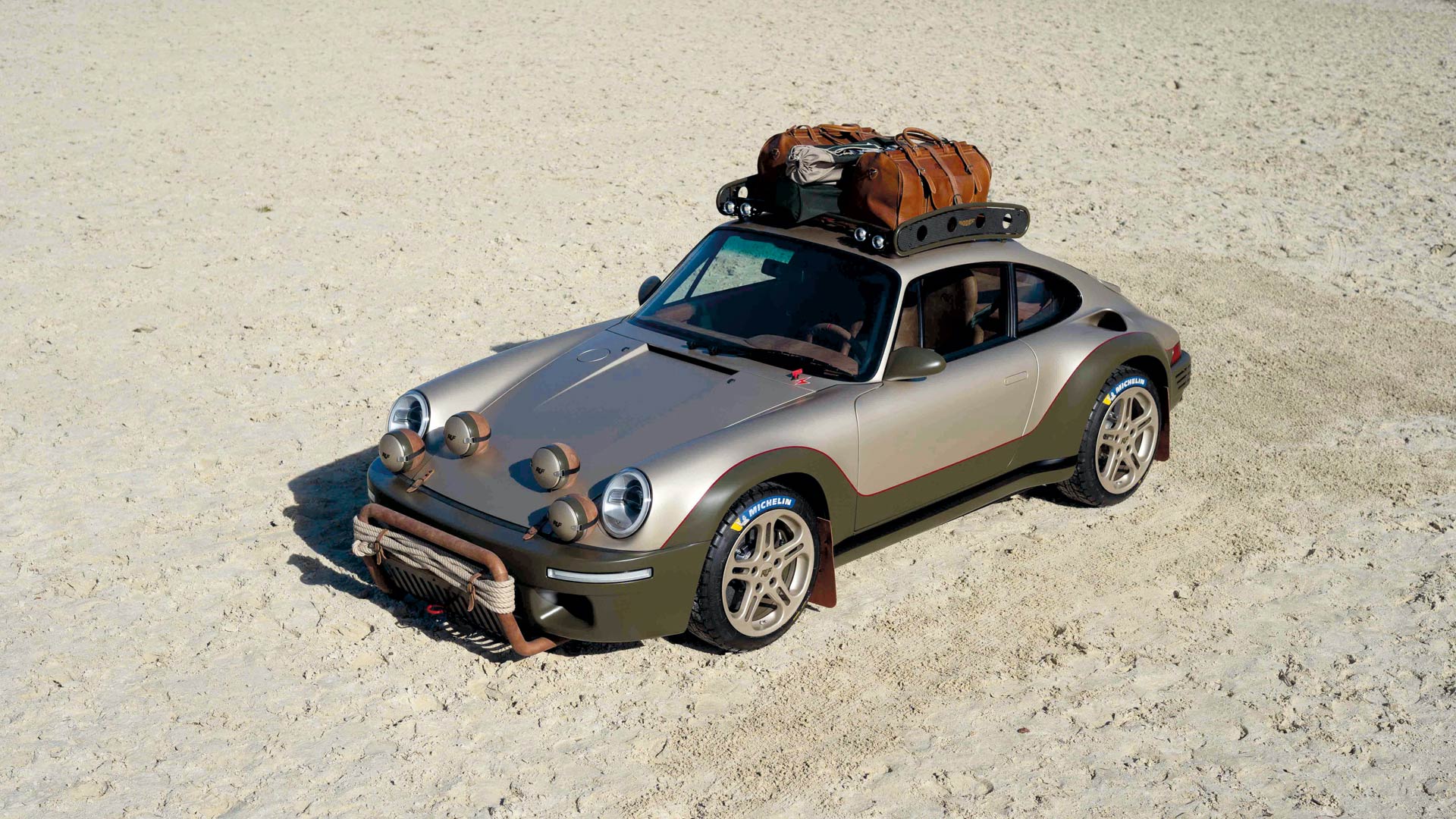 The styling of the Rodeo Concept also has a familiarity to a classic Porsche model. The 953 was used on the 1984 Paris-Dakar Rally, with four-wheel drive and high-riding suspension.

Like the Porsche 953, the Rodeo Concept has a lifted ride height combined with chunkier rubber for all-terrain action. However, the 1980’s Porsche did not come with a monocoque chassis made from carbon fiber.

RUF has utilized the same lightweight carbon chassis as found on the CTR Anniversary, and the brand-new SCR.

A full corral of horsepower 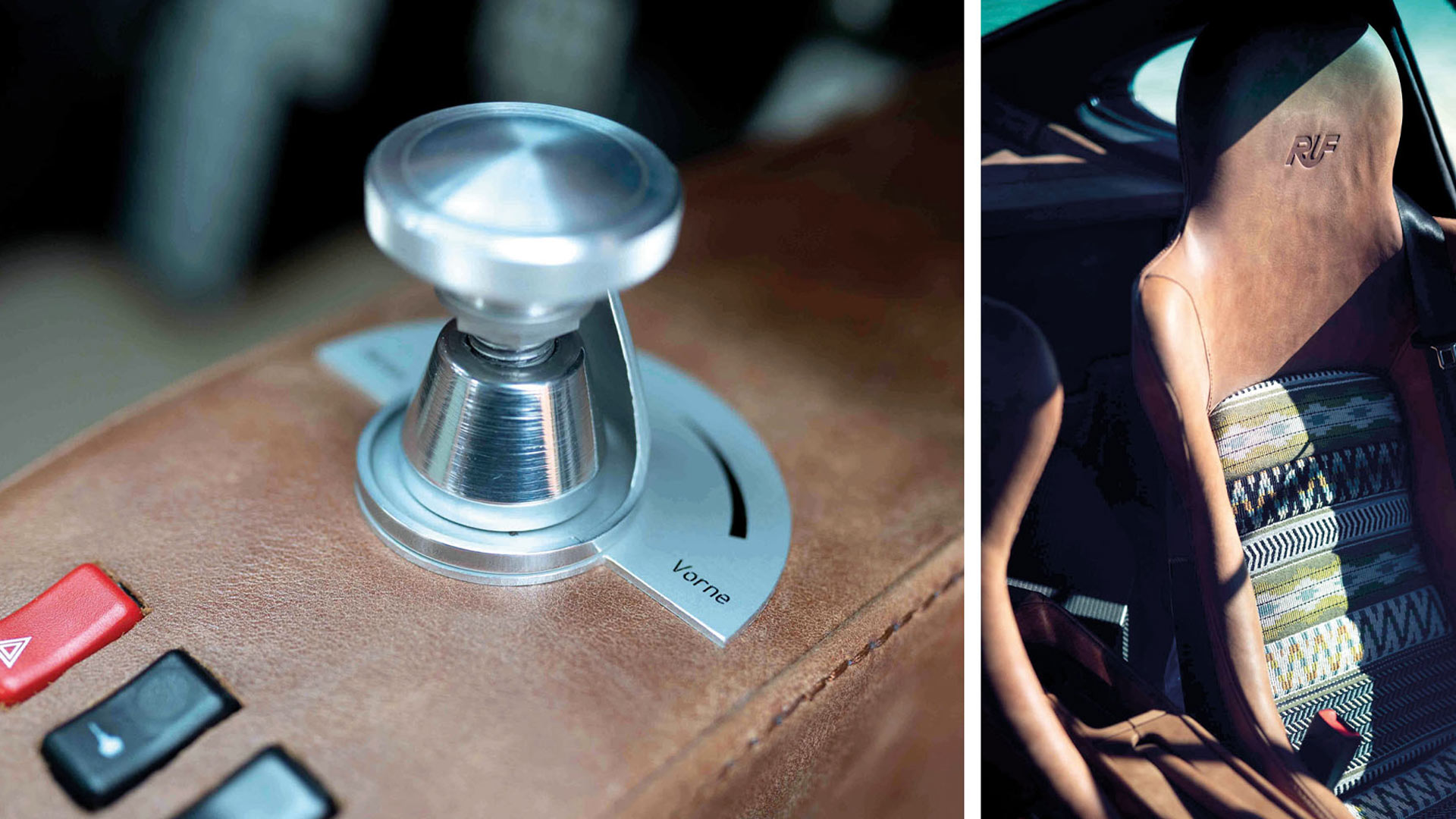 This means that buyers would have the choice of various RUF flat-six engines to connect to the four-wheel drive setup. A 4.0-liter naturally aspirated engine, or a turbocharged 710 horsepower CTR unit, could be options.

Buyers opting for the turbocharged engine might want to make sure luggage on the roof rack is firmly secured, along with the spade attached to the engine cover.

All the exterior add-ons for the Rodeo are matched with an interior that makes use of vintage saddle leather, with Western-inspired fabric for the seat inserts. 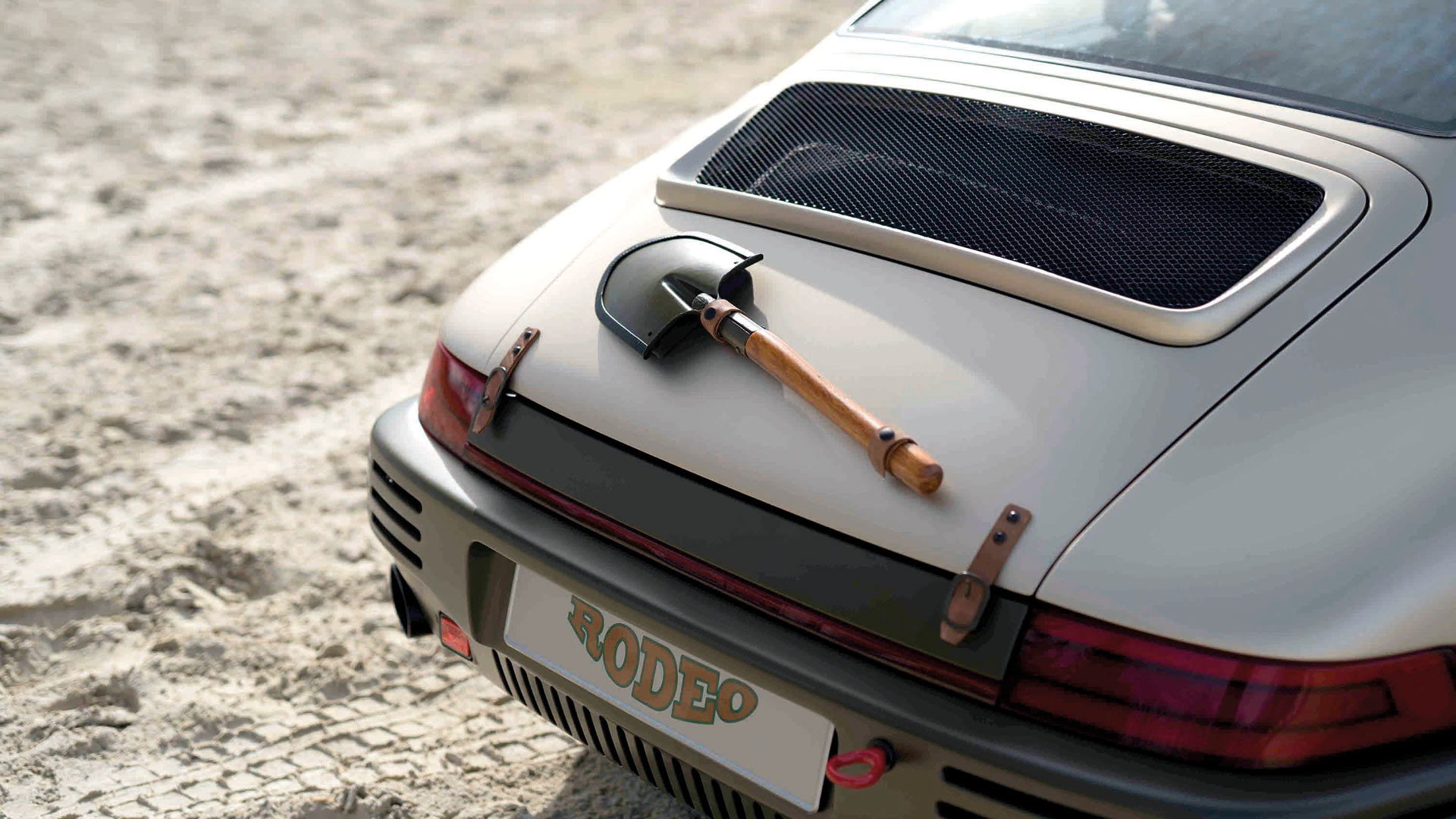 Interest in Porsche 911s capable of off-road action has increased in recent years. The Keen Project has built classic Porsches inspired by Baja racing, with journalist Matt Farah being one notable owner.

The reborn Gemballa brand, known for outrageous modified Porsches in the 1980s, is also said to be exploring a new off-road supercar.

However, RUF’s marketing director, Estonia Ruf, is clear about the motivation of the Rodeo. She explains that the “Rodeo Concept combines that passion for cars with the love of western culture – an appreciation I found while studying in Oklahoma, USA.

“This car is inspired by some of our favorite people and our love for the countryside.” 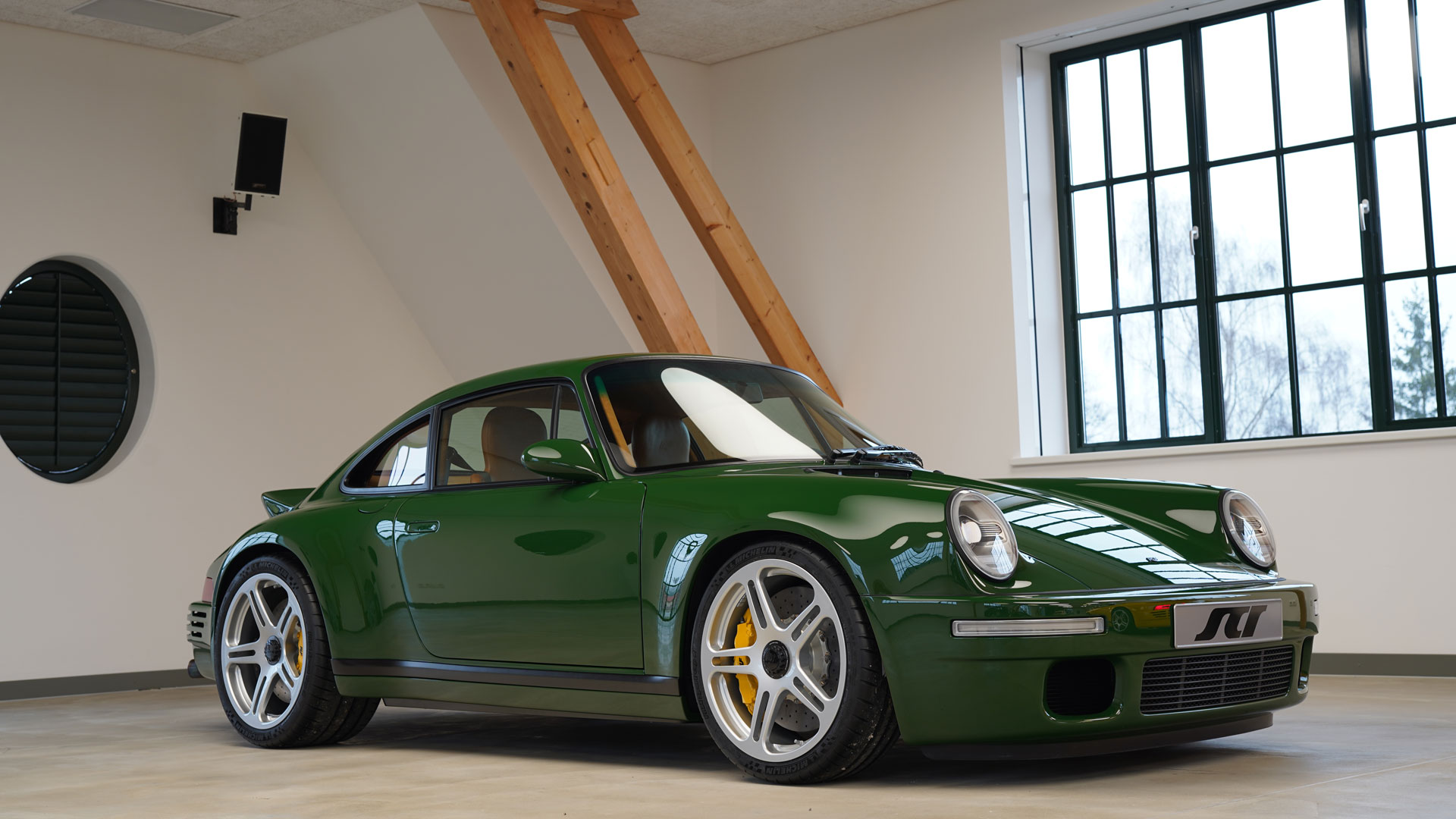 Along with revealing the Rodeo Concept, RUF has also reached an important milestone with the SCR sports car.

Paying tribute to the 1978 RUF SCR, the new version uses a 510 horsepower 4.0-liter flat-six engine and a carbon fiber chassis. The combination of less weight and more power means the SCR has a potential top speed of 199 mph.

Is this the year to go electric? Here are 10 great EVs to replace your diesel or petrol car – including the Nissan Leaf, Renault Zoe and BMW i3
Read more

Black boxes can save young motorists a lot of money on car insurance, but what about older drivers? Strangely, the opposite is the case if you're over 30.
Read more

The story of the Land Rover Discovery: in pictures

As the fifth-generation Land Rover Discovery is revealed ahead of the Paris Motor Show, we meet the ancestors
Read more

Looking to buy a used car with a budget of £5,000? We pick out five cars advertised right now in the Auto Trader classifieds
Read more

The 10 cheapest cars for 17 year olds to insure

Thanks to data supplied by Admiral, we list the cheapest cars for 17 year olds to insure, including the Volkswagen Fox and Nissan Micra
Read more