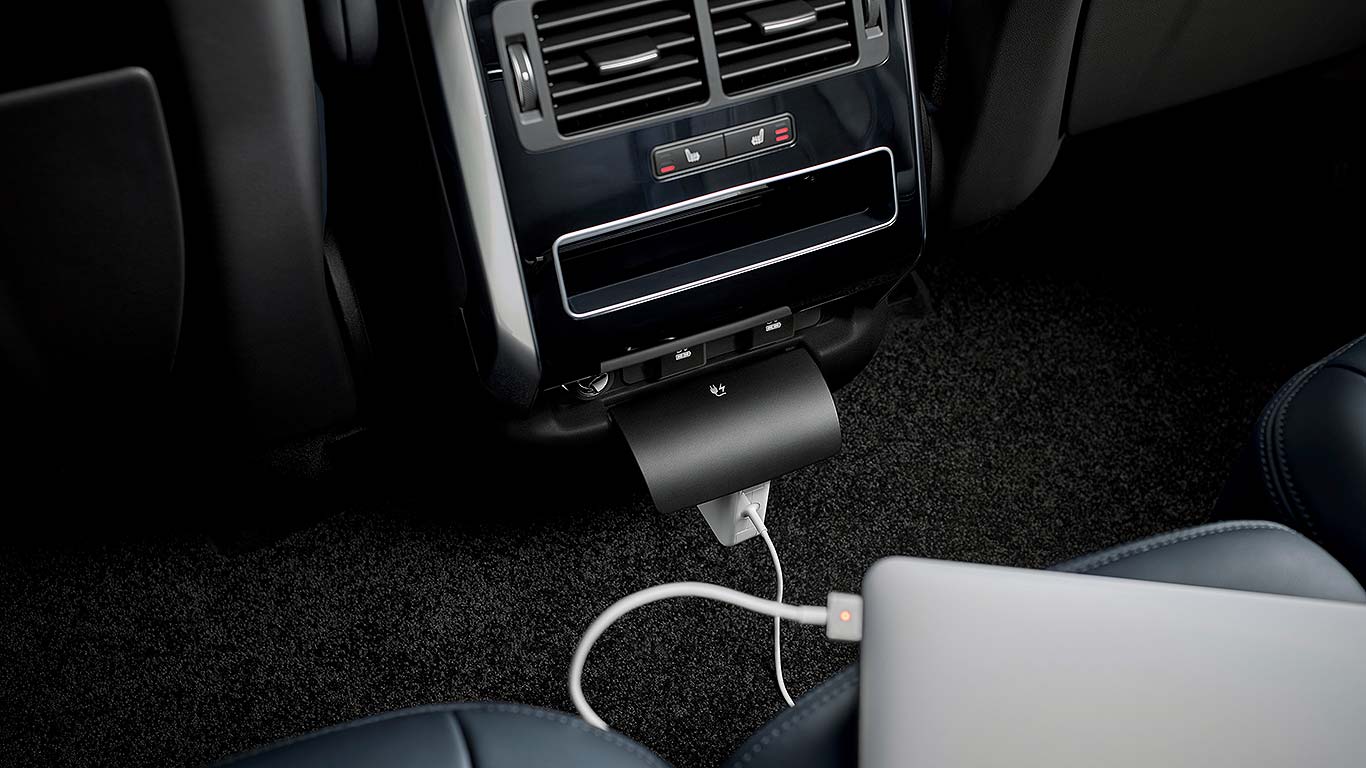 New cars come with umpteen sockets for charging 12V and USB devices, but what about if you need to plug in something you’d ordinarily hook up at home? Land Rover thinks it’s stolen a march on the competition here – by introducing its first model with built-in three-pin plug sockets.

The new 2018 Range Rover Sport now comes equipped with two three-pin plug sockets. There’s one domestic socket in the rear of the centre console, for back-seat passengers, and Land Rover has also fitted one in the load compartment.

The idea is to allow passengers to charge up laptop computers, and owners to plug in, say, portable coolboxes in the boot – although the possibilities are endless: if it has a plug, plug it in. The car won’t quite have the electrical oomph of a domestic socket, but it should easily handle a power-hungry laptop while you sip your motorway service station coffee.

The addition of two domestic sockets takes the total connection points on board the new Range Rover Sport up to 14 (yes, they’ve counted them). In the front, there are USB, HDMI and 12V connections in the front cubby, plus another 12V socket in the glovebox.

In the rear, there’s another suite of 12V, USB and HDMI sockets, plus the domestic plug socket, and the boot carries both the second three-pin plug socket and yet another 12V hub.

Swelling the 2018 Sport’s plug and play credentials yet further is the introduction of a new P400e plug-in hybrid version – whose petrol-electric drivetrain and extra-capacity lithium ion batteries give the big SUV 101mpg claimed fuel economy potential and the ability to run for 31 miles as a pure EV.

Making the new Range Rover Sport the most plugged-in new car on sale?