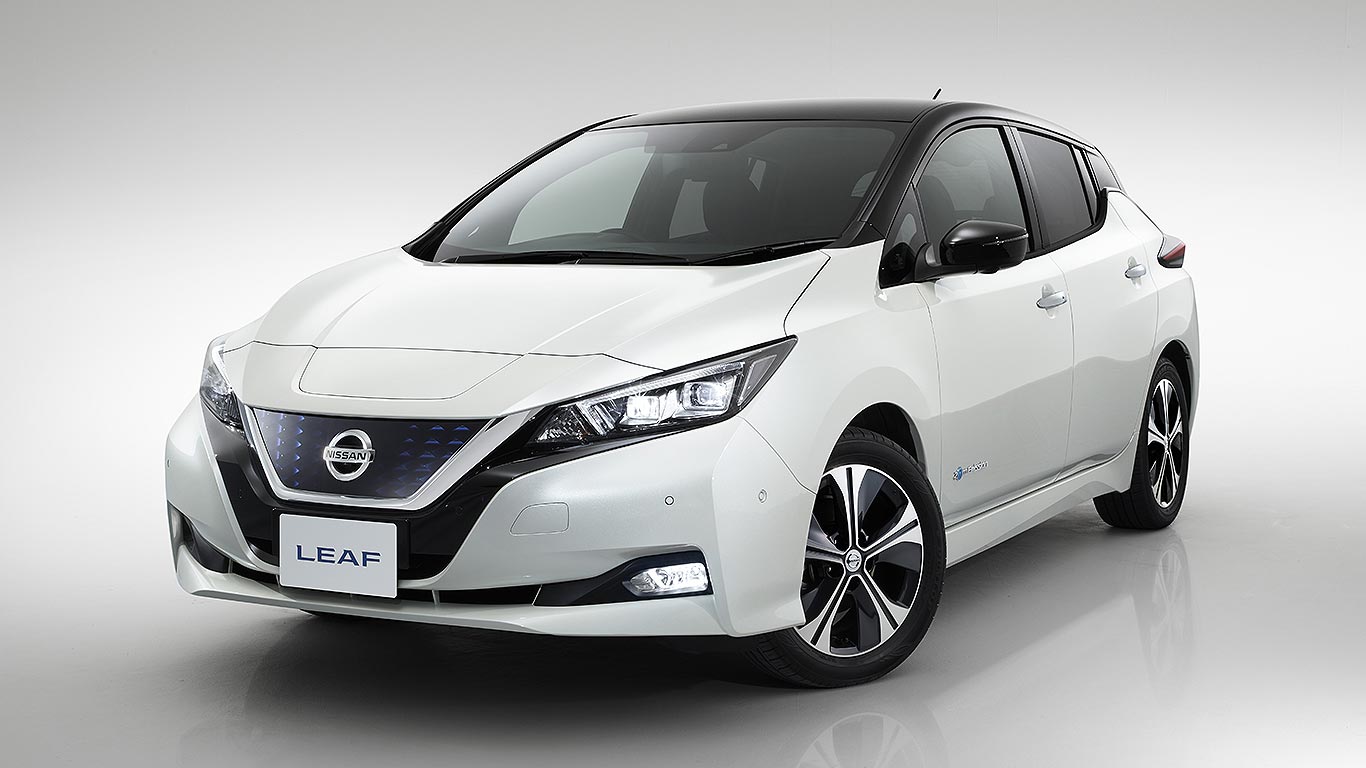 The all-new 2018 Nissan Leaf has been revealed in a big launch event in Tokyo. The new EV looks much more sophisticated and less oddball than the original, boasts a richer interior, headline-grabbing technology, an extended 235-mile electric range and the promise of a significantly improved drive. It launches in Europe in January 2018.

Replacing the original Leaf, which is the world’s best-selling electric car ever (over 280,000 have been bought by owners), the new Leaf is a crucial car for Nissan. It hopes this is the model that will cement the car’s position as an electric vehicle for the masses: crucially, it is launching just as Tesla rolls out its Model 3, for which the US firm has similar aims. 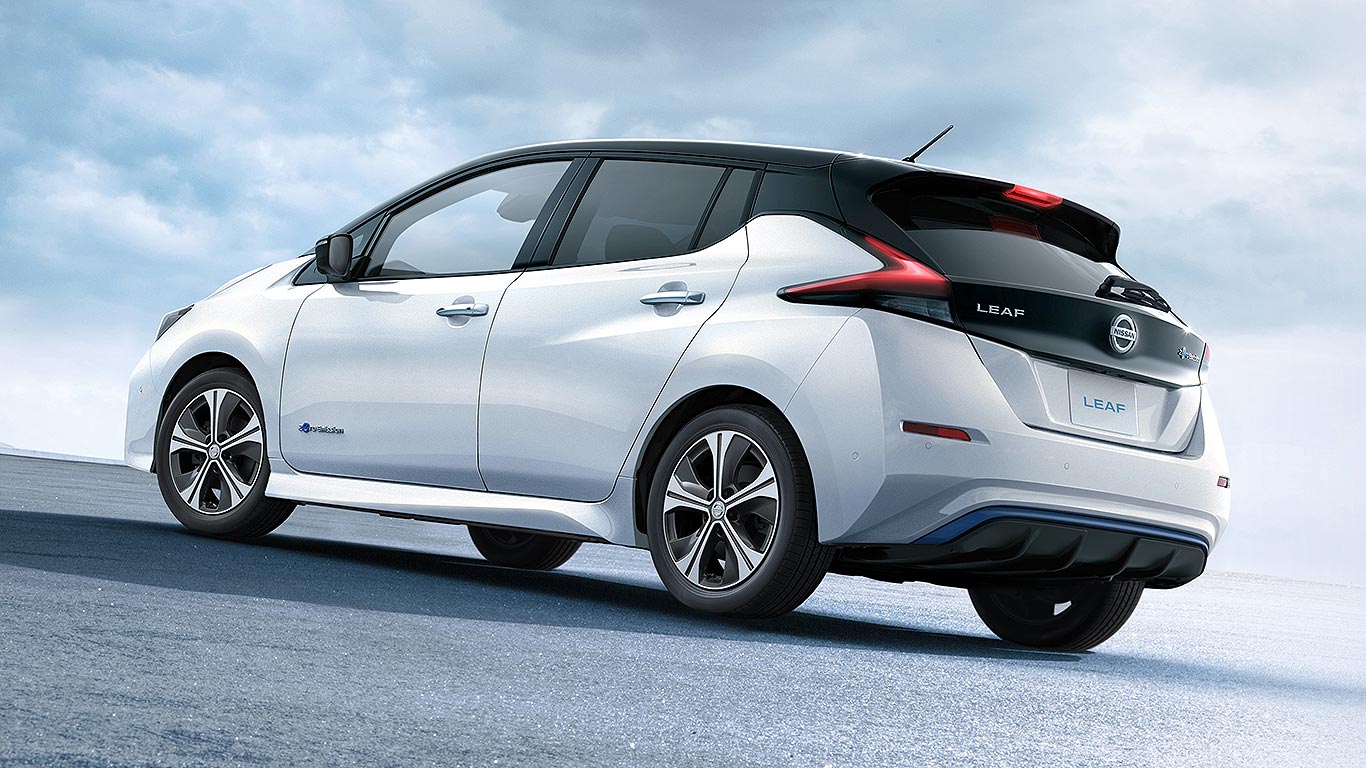 While other firms are still working on their first EV, Nissan has been using customer feedback of Leaf owners dating back to 2010 to perfect its second-generation one. This new car is thus, arguably, the world’s most well-developed electric car yet, and certainly the one designed around the most real world feedback. 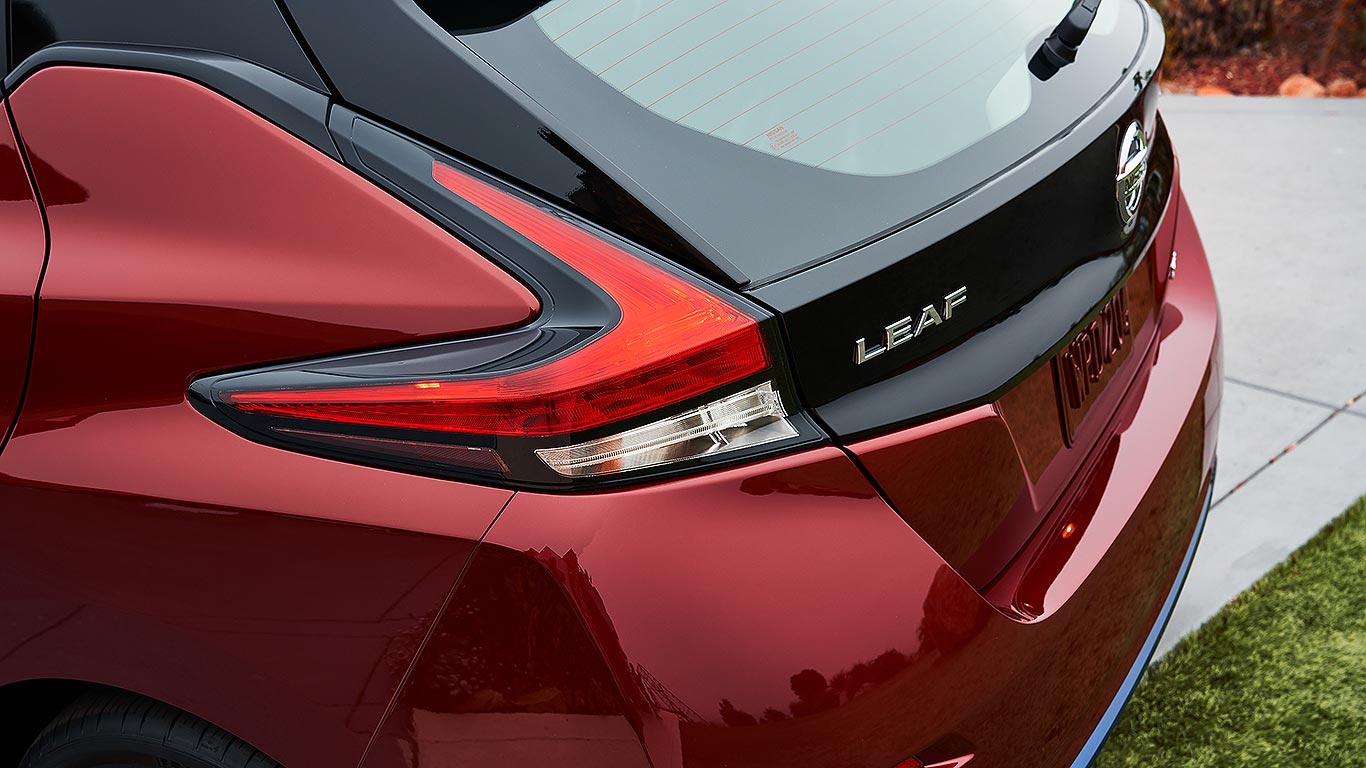 That’s why it looks so much smarter – and so much more like a conventional car rather than the blobby original. Using cues from the edgy 2015 Nissan IDS Concept, it has sharp creases, a distinctive front end boasting the current V-style Nissan face, a new black contrast ‘floating’ roof and a crisp, more hatchback-like rear end. It’s cleaner, simpler, sleeker, bolder and, says Nissan, feels more like “a high-tech device”. 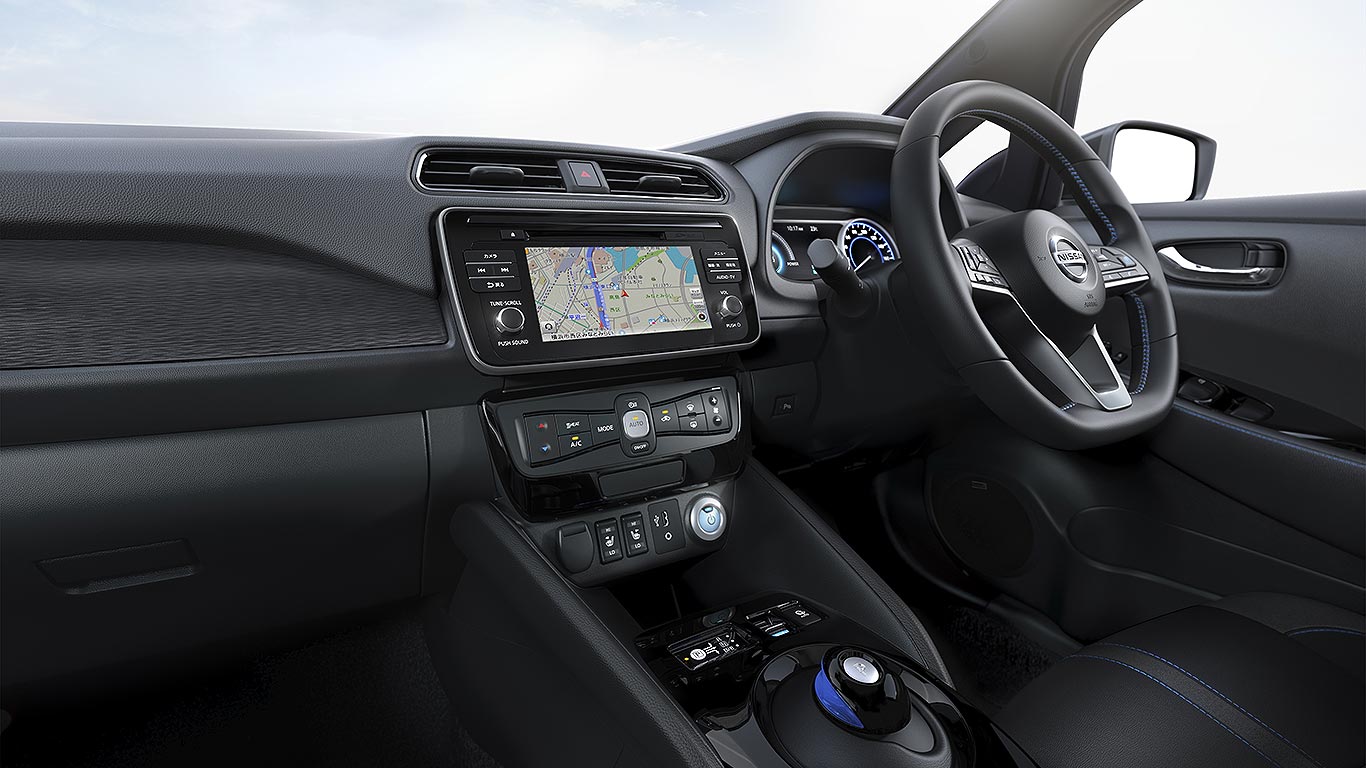 Inside, there’s been a similar jump, with a higher-quality interior that eschews the dated, ‘futuristic’ look of the current car for a more contemporary setup with large central touchscreen, electronic instrument pack, fewer buttons, more stowage and a sporty D-shaped steering wheel.

Nissan says it’s more spacious, more practical, and the greater use of matt plastics gives a much more premium feel – vital if the firm is to draw in the urbane people who may ordinarily be drawn to the new Tesla Model 3. It’s a full five-seater, adds the firm, with a voluminous 435-litre boot (larger than a Volkswagen Golf) that’s squarer and less riddled with intrusive bumps than today’s car. 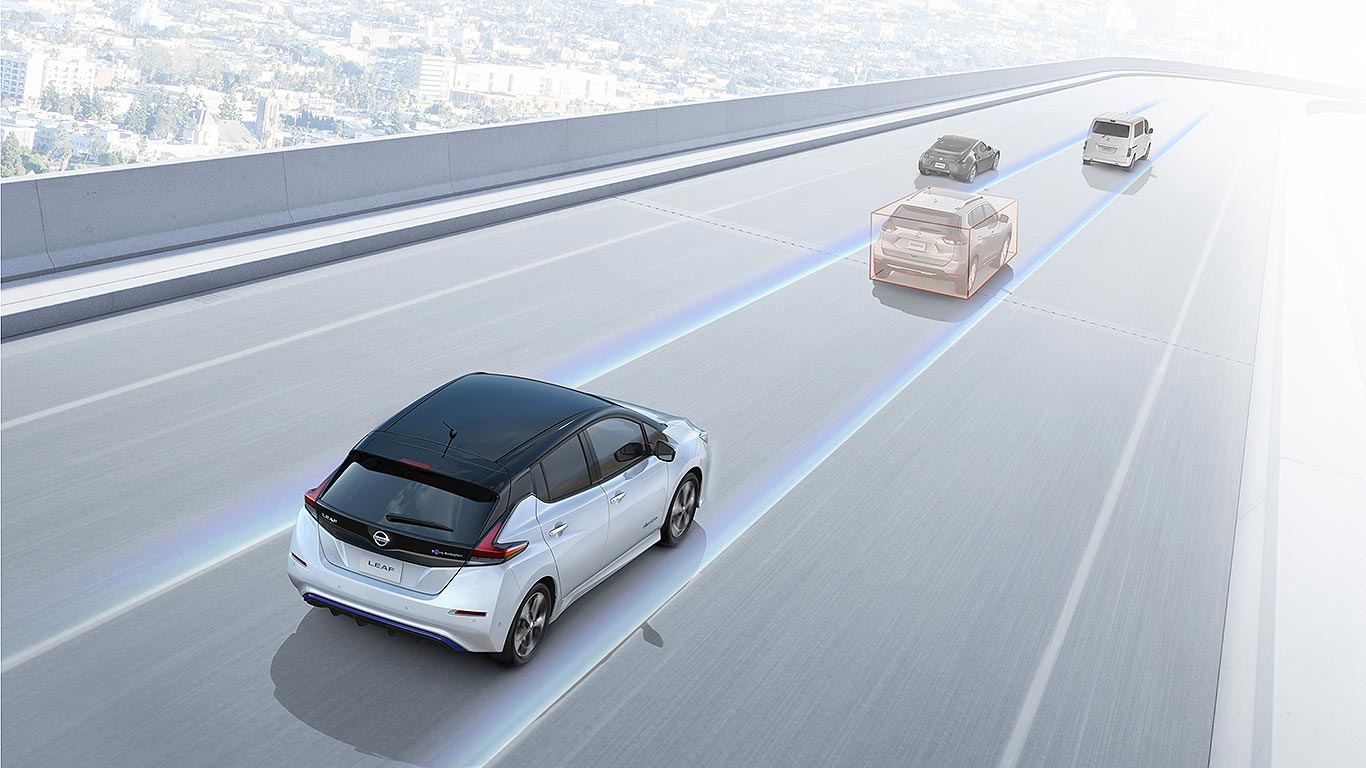 The new tech packed into the 2018 Leaf is headline-grabbing, feels Nissan. It has the first iteration of the firm’s ProPILOT autonomous drive technology, which can autonomously drive in single lanes between 19mph and 62mph, and ProPILOT Park which promises to park up at the press of a button. 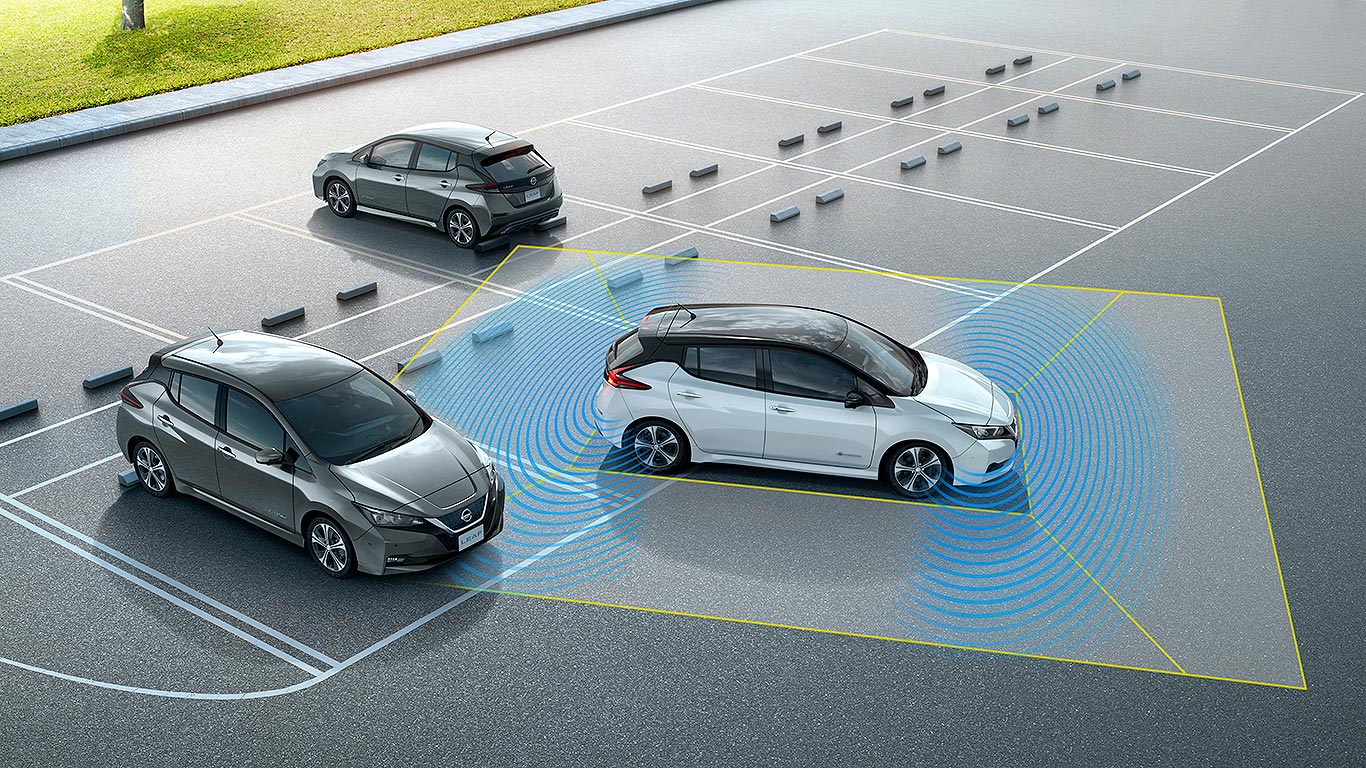 Unlike current self-parking systems, there’s no need to carry out slow, complex pre-park drive procedures, promises Nissan: simply press a button and it will detect the space you can be docked into and carry out all steering, acceleration, braking and gear selection operations to squeeze you into it. It will “change the way people think about parking,” says Nissan, boldly. 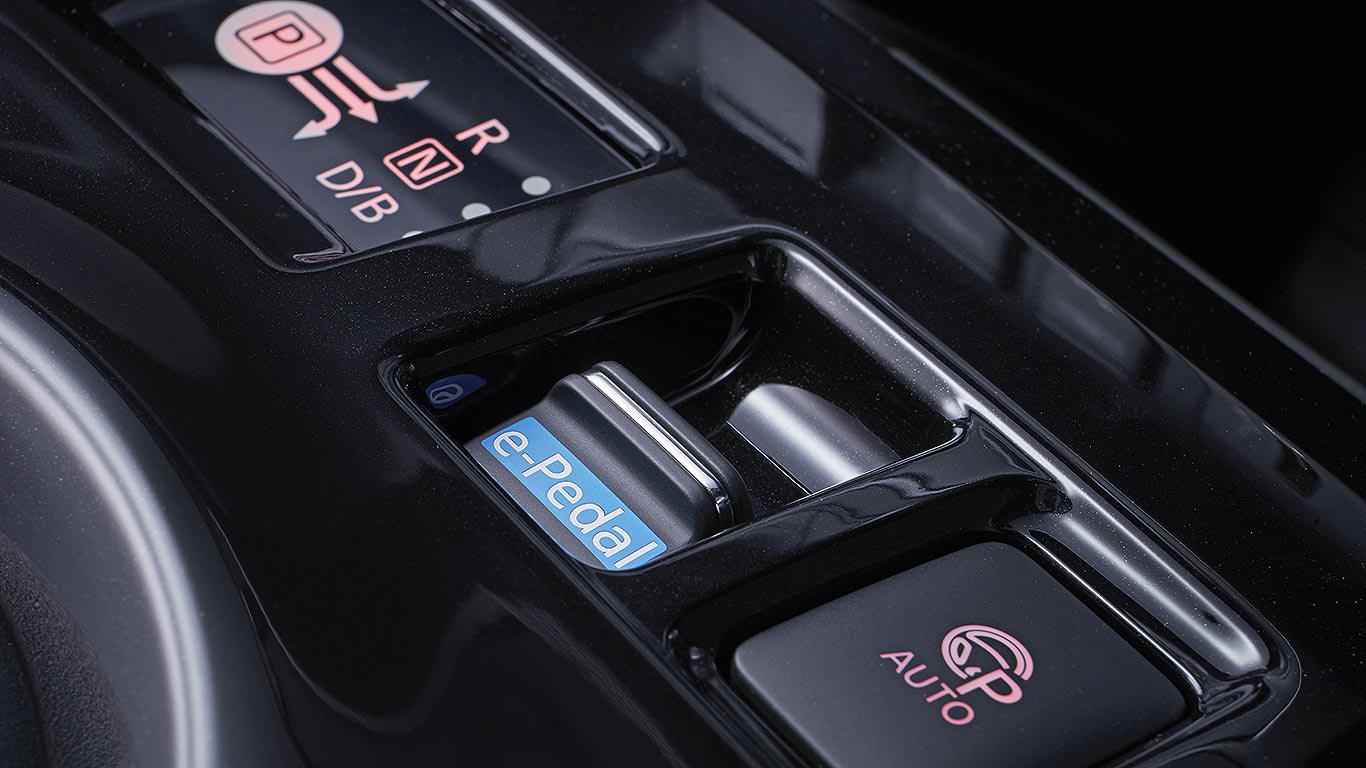 The new Leaf will also feature an innovative e-Pedal. It will have an accelerator and brake pedal like all automatic cars, but for 90 percent of the time, you won’t actually need to use the brake pedal: simply press and release the accelerator and the car will move and slow down fluidly – a bit like a dodgem car. Releasing it can bring you to a complete stop (and the car will hold itself there until you press it again); Nissan reckons you’ll only need to use the brake pedal in “aggressive braking situations”. 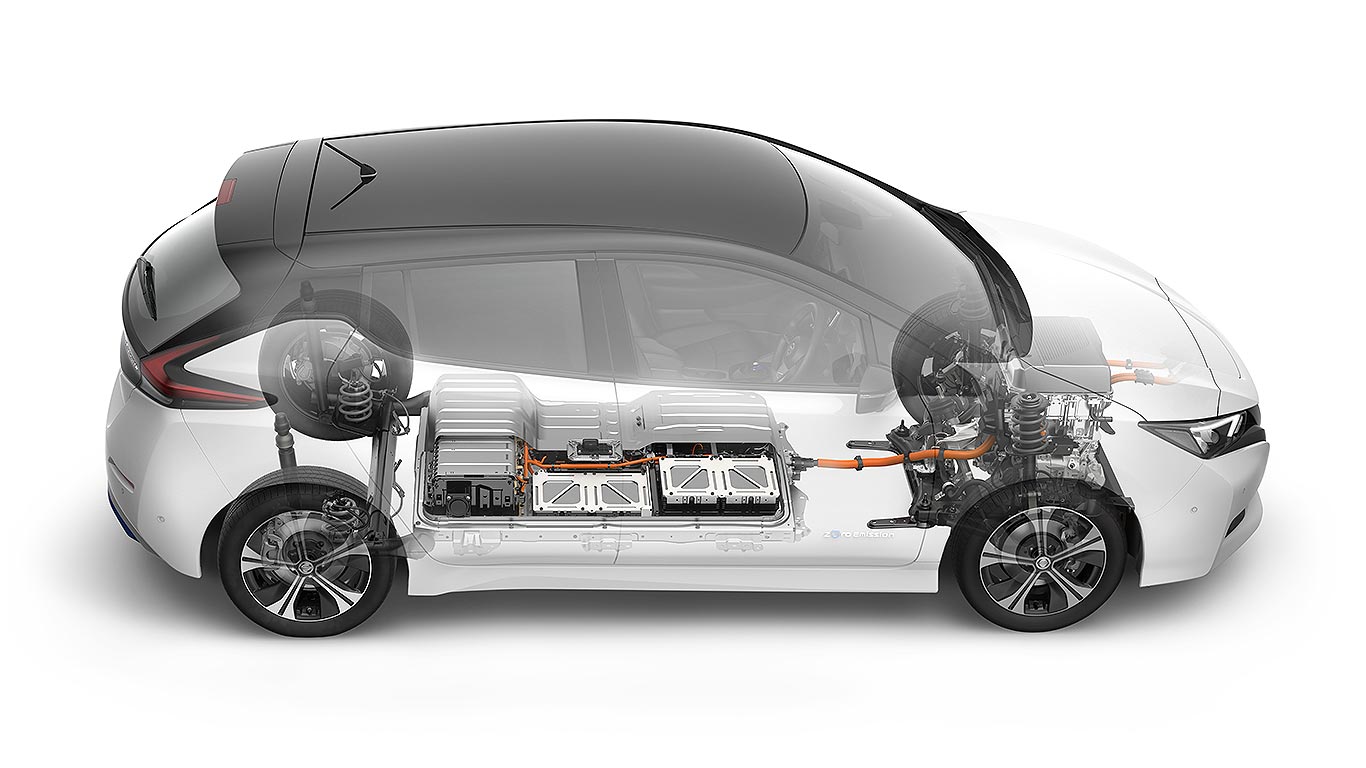 Nissan has fitted a more powerful 150hp motor to the new 2018 Leaf. That’s 38 percent more powerful than the current car and, with 236lb ft of torque, it has 26 percent more pulling power. It’s driven by a 40kWh lithium ion battery whose cell energy density is up 67 percent over the 2010 original.

We don’t yet have acceleration or top speed figures but it’s both faster and more enjoyable, the firm assures us, and an improved platform means it’s a more contemporary drive. It even now has Intelligent Ride Control, like the Nissan Qashqai; here, it uses the precision of the electric motor itself to smooth out vibrations, improve ride and make handling more controlled.

The EV range is up to 235 miles, according to the NEDC test cycle (better than both the latest BMW i3 and Volkswagen e-Golf). Later in 2018, Nissan will launch an additional leaf with a higher-capacity battery for a longer range. User feedback has helped the firm hone the design of the front charging socket; it’s now angled at 45 degrees so people can plug it in without stooping down. 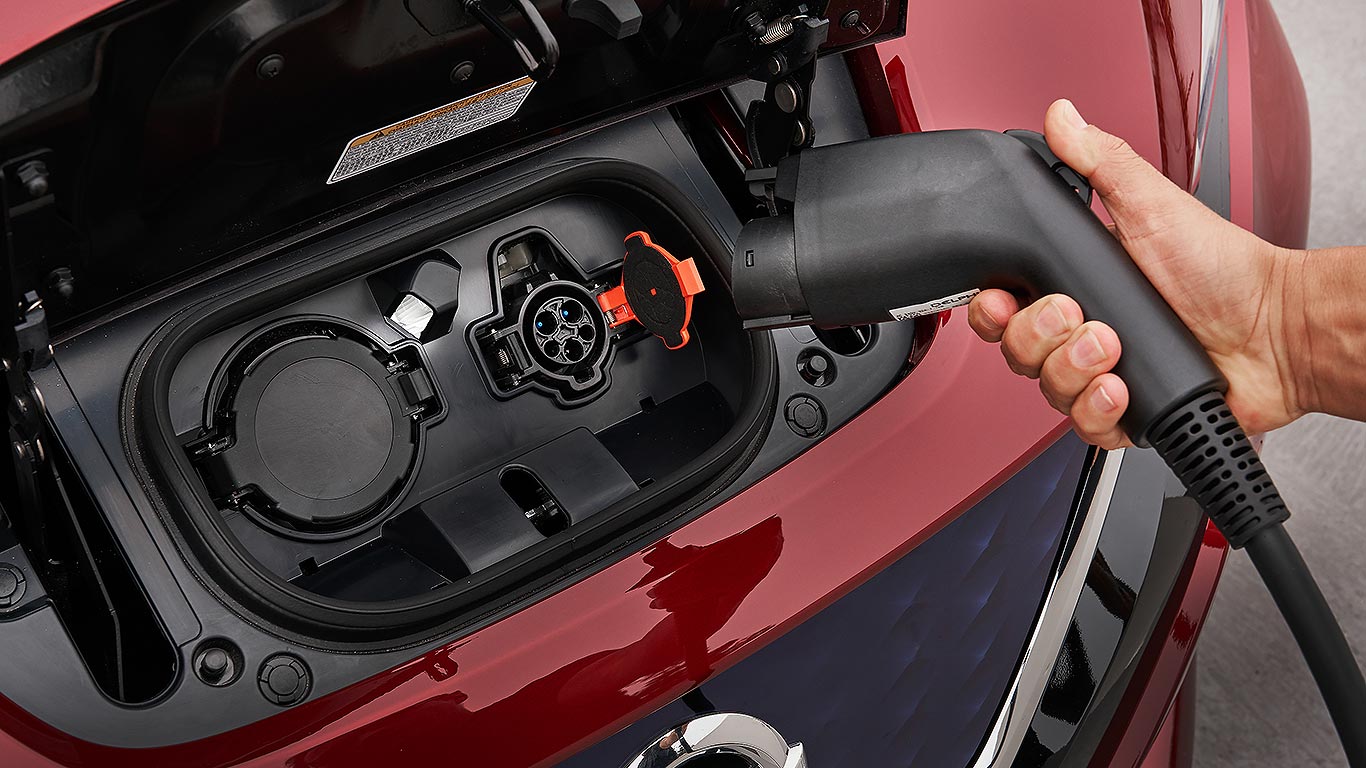 “The new Nissan Leaf, with its improved autonomy range, combined with the evolution of autonomous drive technology, strengthens Nissan’s EV leadership, as well as the expansion of EVs globally,” said Nissan president and CEPO Hiroto Saikawa. “It also has the ore strengths that will be embodied by future Nissan models.”

However, Nissan still has yet to confirm whether the new 2018 Leaf will be built at its Sunderland factory in the UK for European consumption. As sales are growing so quickly and it already has a battery plant located on site, fingers are tightly crossed…