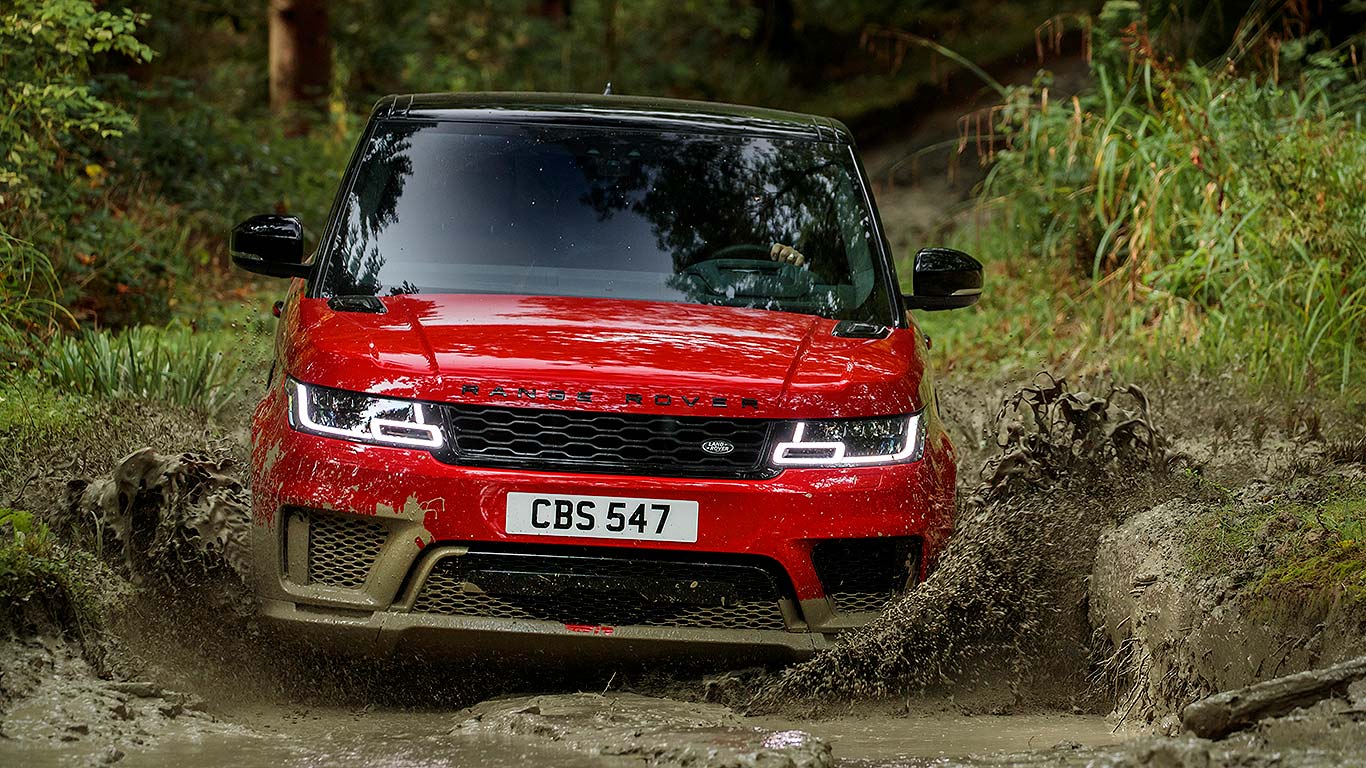 Land Rover has launched the first-ever Range Rover Sport plug-in hybrid, one that combines a 404hp total power output with official fuel economy of 101mpg and an all-electric driving range of up to 31 miles. It joins the range in a series of updates for the 2018 model year.

The new Range Rover Sport P400e pairs a 300hp 2.0-litre four-cylinder turbo Ingenium engine with an 85kW electric motor. Combined with permanent four-wheel drive, this gives it a 0-62mph time of 6.7 seconds and a top speed of 137mph.

A 13.1kWh lithium ion battery gives it enough juice to travel over 30 miles as a pure EV, which also makes it the first time a zero-emissions Land Rover has ever been offered. Owners can even programme the sat nav to work out when best to swap between engine-on and engine-off modes, by using GPS data along the route.

Land Rover hasn’t given it umpteen confusing driving modes though, choosing instead to keep things simple – either Parallel Hybrid mode, which juggles engine and electric motor automatically, or EV mode, which runs the Range Rover Sport as a pure EV until the batteries are low.

The batteries take 7 hours 30 minutes to charge from a home socket, or 2 hours 45 minutes from a dedicated wall box.

The off-road Terrain Response 2 tech has been reprogrammed as well, so it’s able to make best use of the high-power, instantly-accessible electric motor’s output. And it performs so well, it’s led Nick Collins, JLR vehicle line director to exclaim: “The introduction of our advanced plug-in hybrid powertrain is a watershed moment in the history of our performance SUV.”

By 2020, all new Jaguars and Land Rovers will be offered with an electrified drivetrain: the Range Rover Sport PHEV is thus just the first of many new JLR plug-ins, hybrids and full EVs to come. 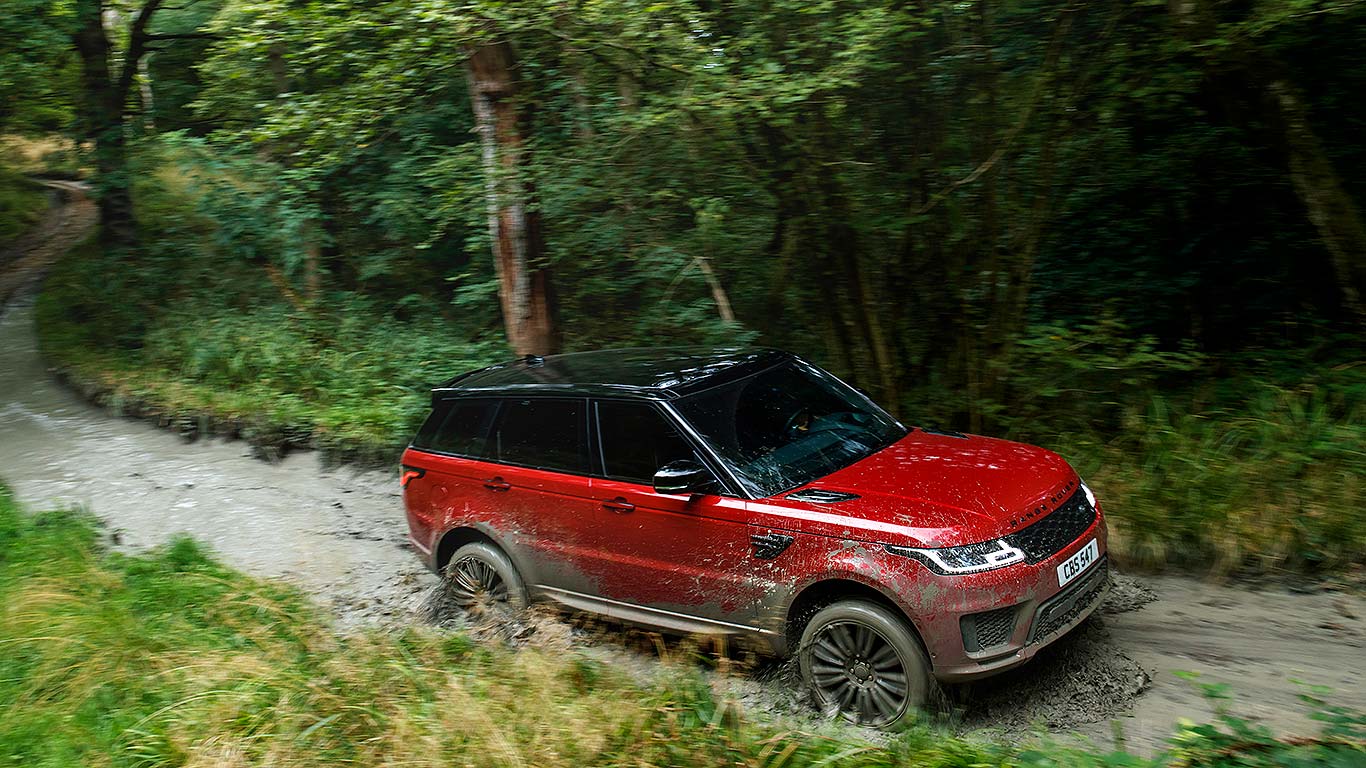 Since launching it in 2005, Land Rover has sold 732,000 Range Rover Sport – and almost 50,000 of the latest 2013 model in the UK alone. This mid-life facelift aims to continue its strong sales with mildly tweaked looks and more tech.

Slimmer new Matrix Pixel LED headlights sit astride a redesigned grille, while a new front bumper gets a sportier style. On PHEV models, the 7kW charger socket is hidden behind the Land Rover badge on the grille. At the rear, a new roof spoiler has more slots, and is claimed to keep the rear window cleaner in grotty weather.

Inside, all new Range Rover Sport get the Touch Pro Duo ‘twin screen’ infotainment system first seen in the Range Rover Velar. There also up to 12 power points, including two domestic plug sockets, and a new gesture-controlled sunblind. The front seats are slimmer and more supportive, and have ‘a more technical appearance’.

A neat touch is a bigger central cubby, up from 5.8 litres to 7.8 litres. Land Rover says it can not only swallow four 500ml drinks bottles, optional cooler functionality can ‘rapid chill’ them down to 5 degrees C in minutes. 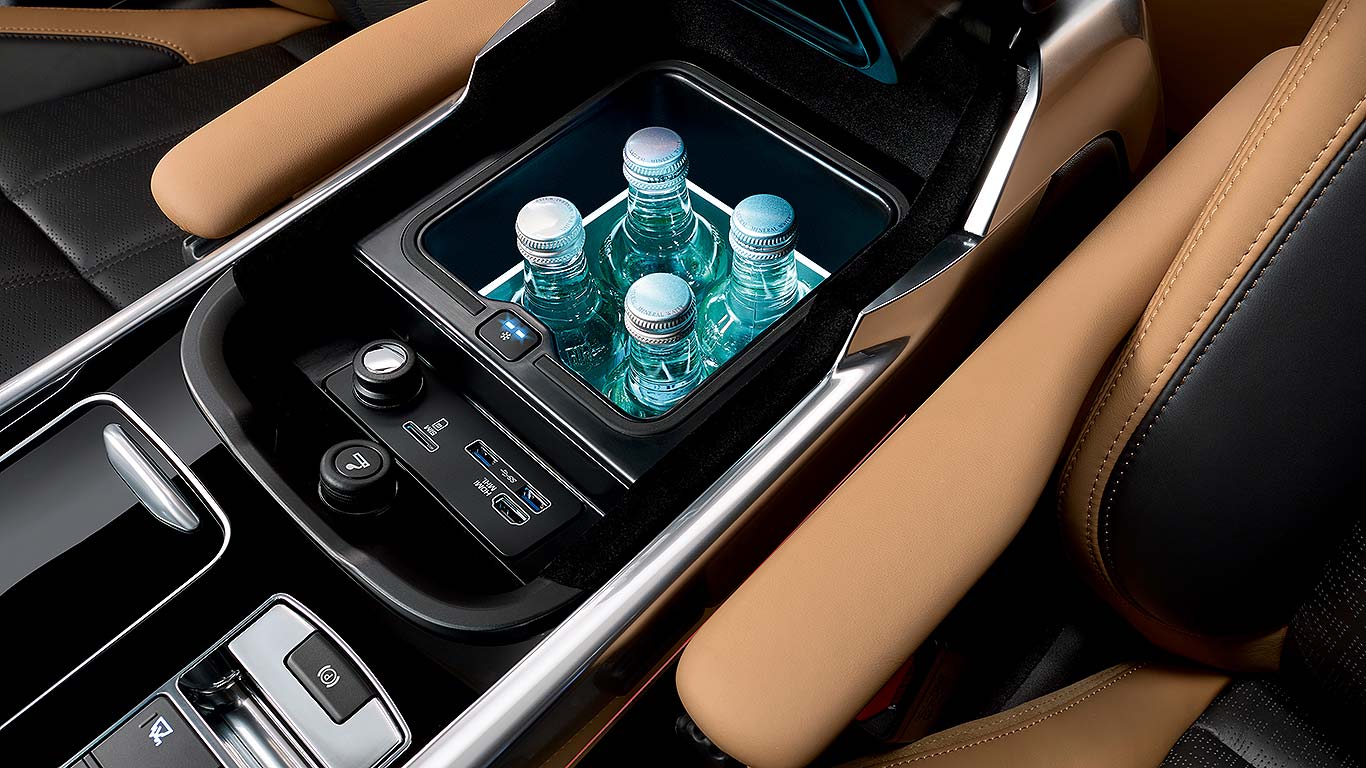 At the top of the line, the Range Rover Sport SVR’s power has been upped to 575hp: 0-62mph in 4.5 seconds makes it the fastest Range Rover ever.

Ordering is open now, with first deliveries of the revised Range Rover Sport due in early 2018.