Pininfarina Battista Anniversario is the ‘new pinnacle for electric cars’

Just five Pininfarina Battista Anniversario models will be made, each costing from a cool €2.6 million – and each capable of a zero-emissions 217mph 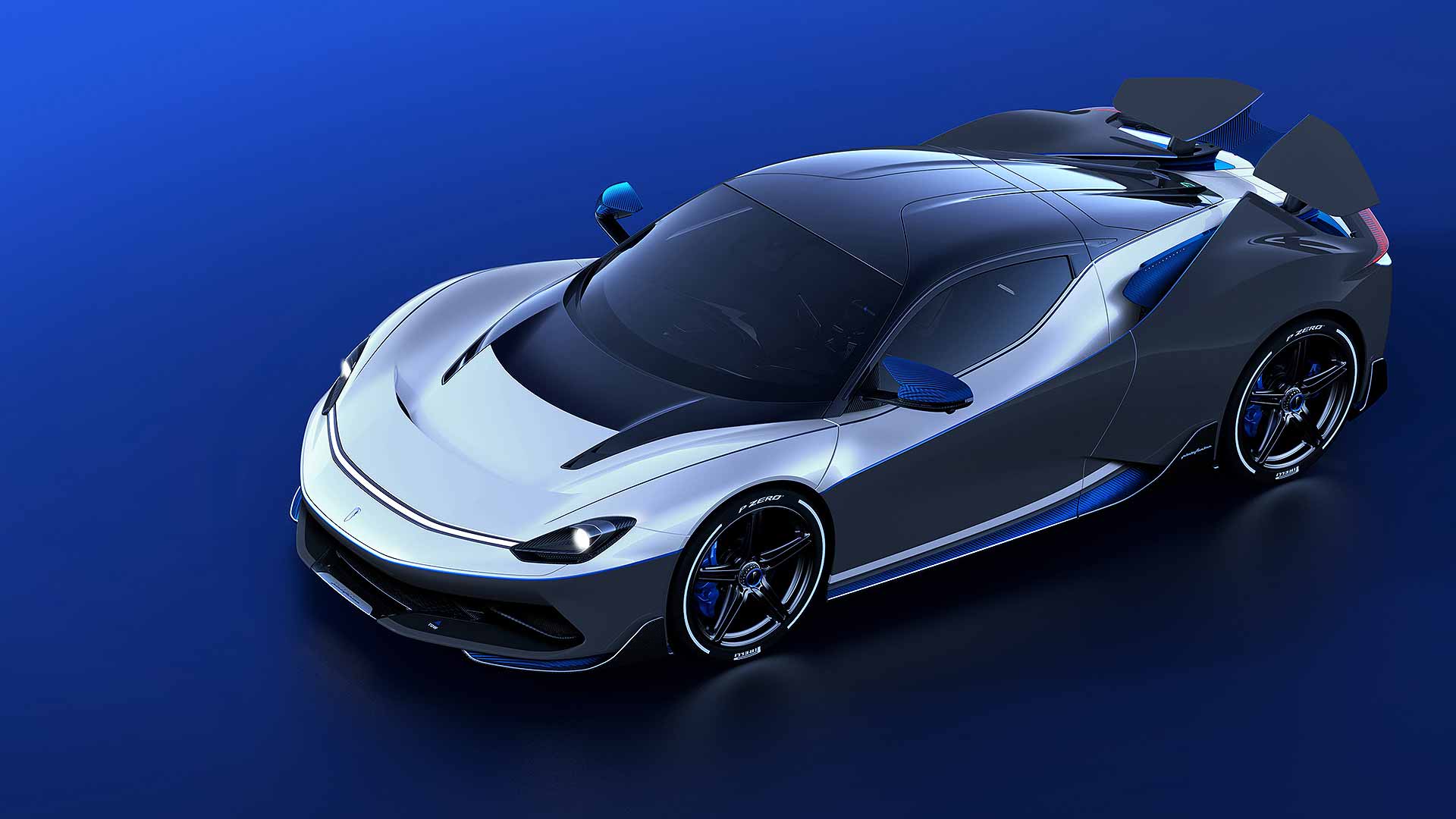 The famous Italian coachbuilder Pininfarina was established 90 years ago this year. To celebrate, an ultra-exclusive model, the Battista Anniversario, has been unveiled.

Just five of the all-electric hyper GT specials will be built, each costing upwards of €2.6 million (£2.3 million or $2.9 million).

For that, you get an EV capable of travelling over 368 miles in between charges, and one that will accelerate from 0-186mph in less than 12 seconds. 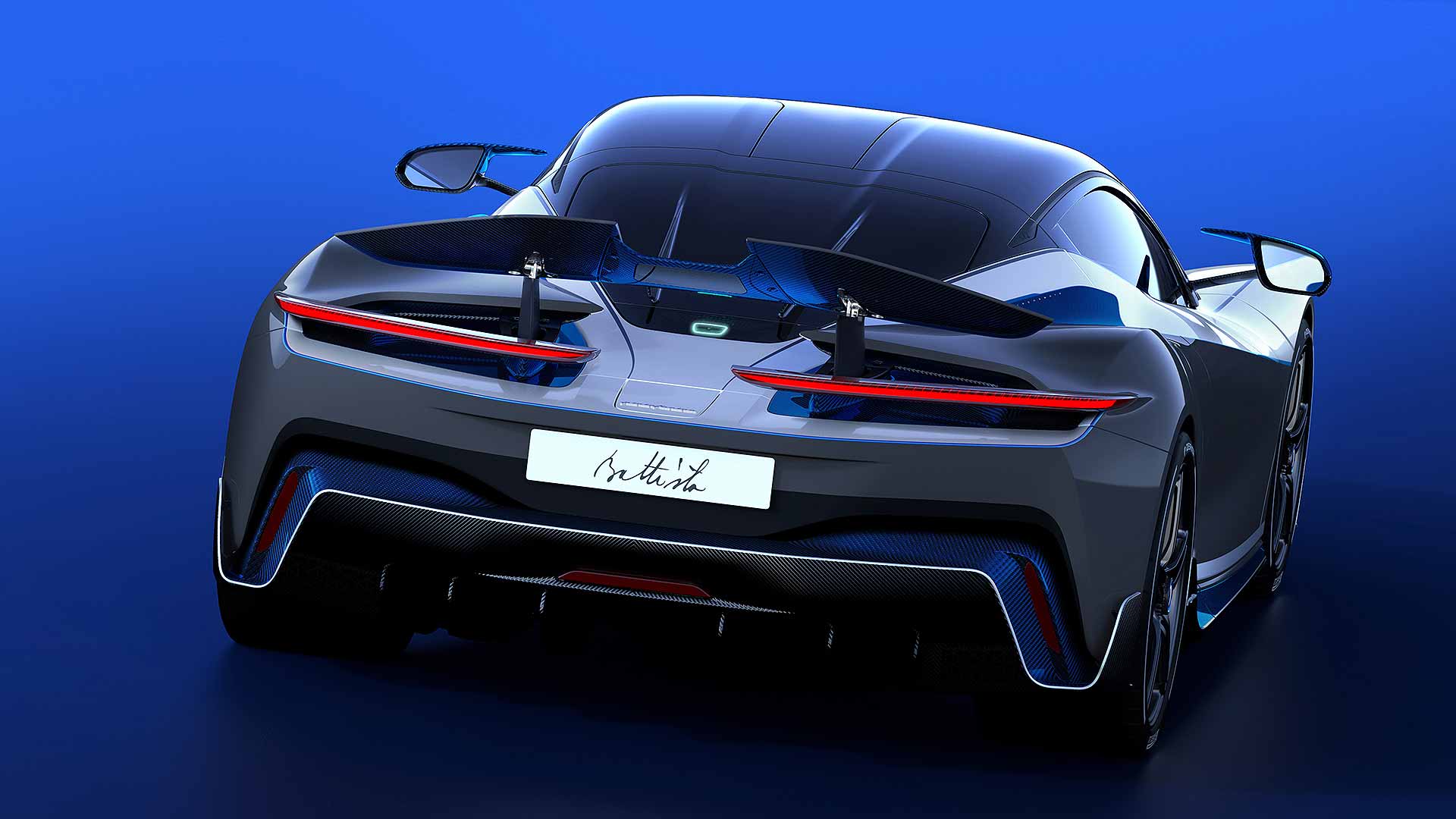 Impressive, but no different to the regular Battista electric showstopper, which was revealed at the 2019 Geneva Motor Show.

So what makes it special? A level of artisanship almost unparalleled in the auto sector. 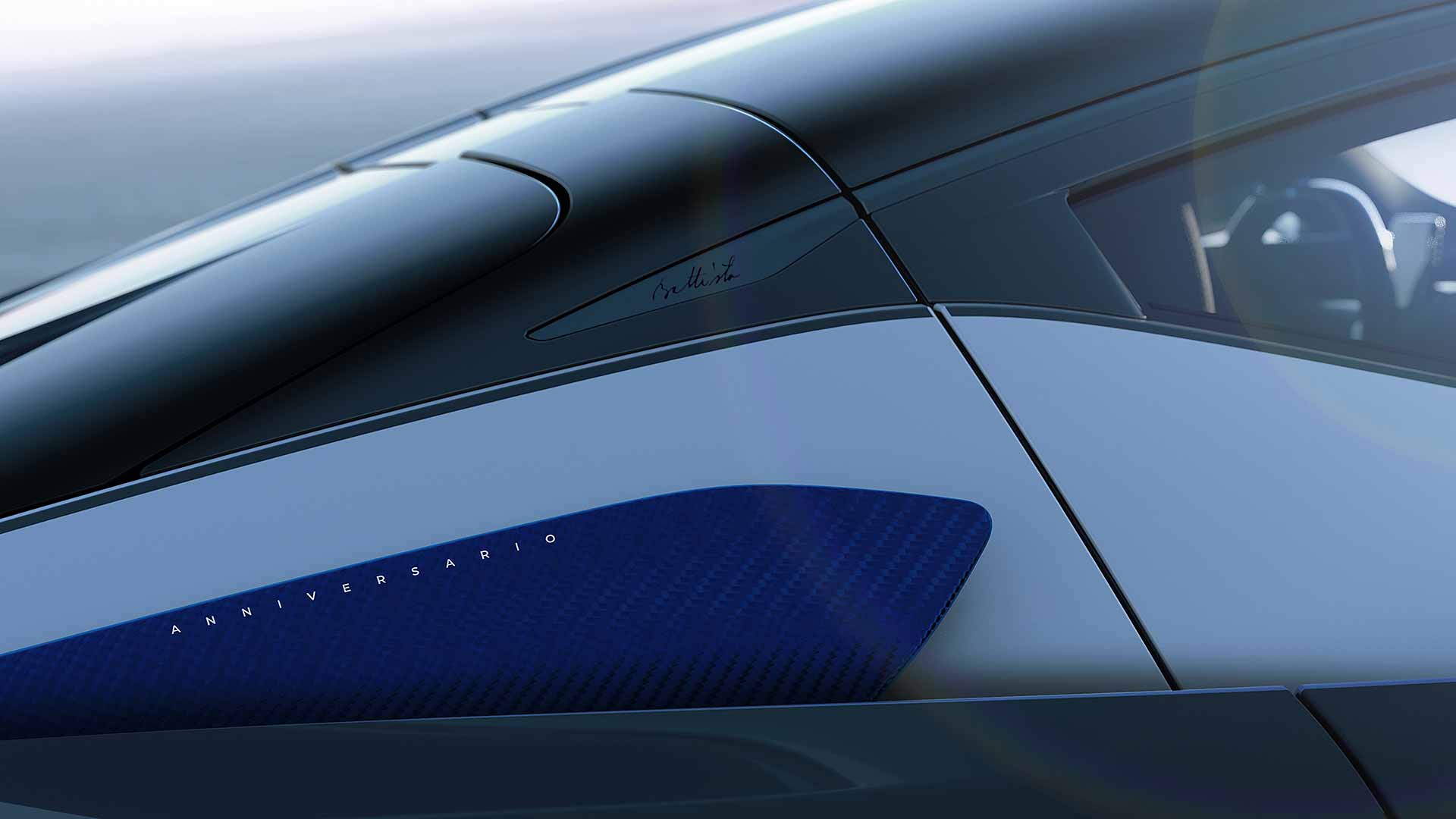 Each Anniversario, for example, is painted in a combination of three signature colours: Bianco Sestriere, Grigio Antonelliano and Iconica Blu.

It takes several weeks for a team of craftsmen to paint each car, layer by layer, colour by colour – and all by hand. 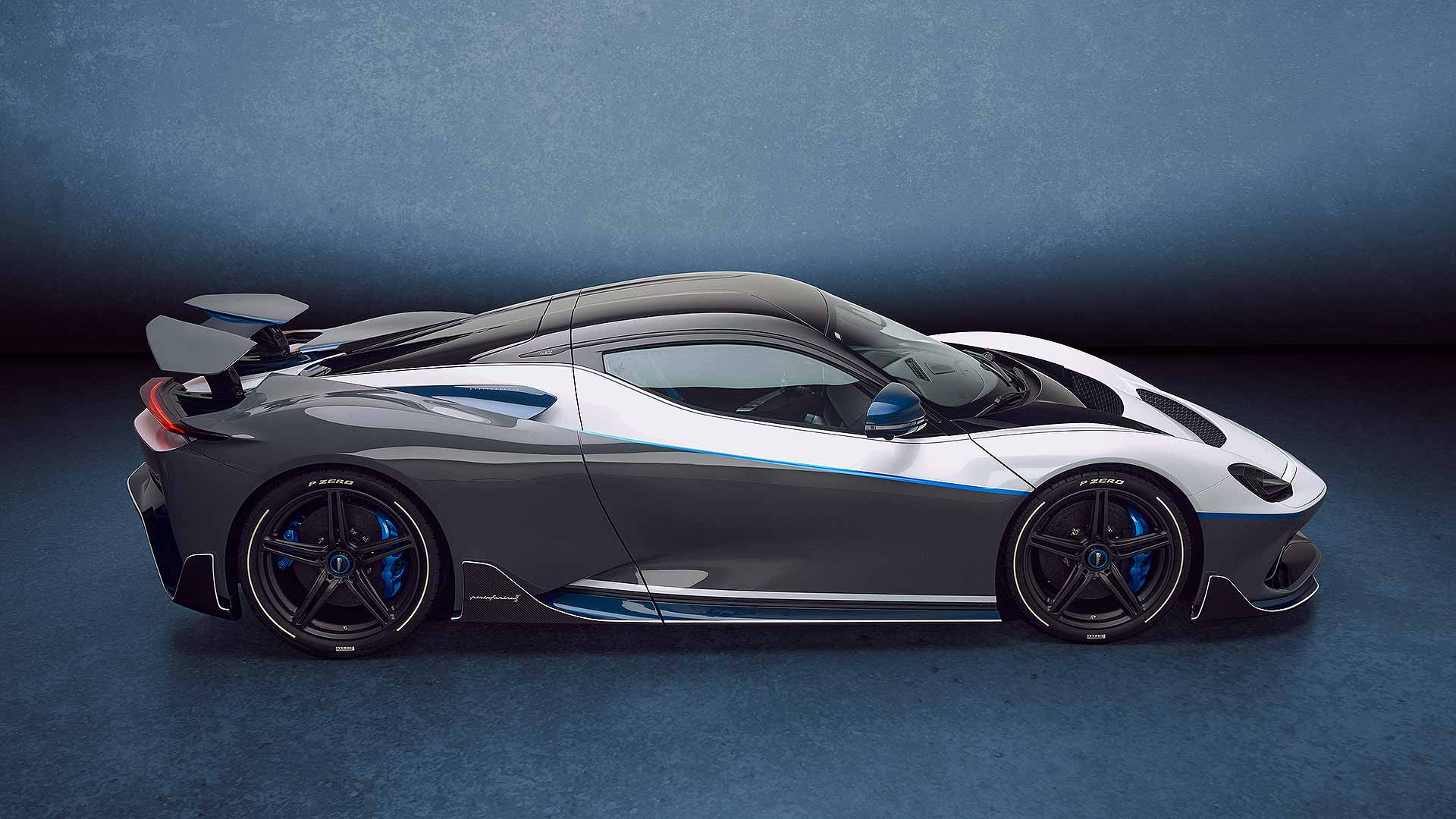 And how’s this for a fact: the body is disassembled and put back together three times during the painting process. Why? So pinstripes in three separate colours can be hand-painted on…

It is “one of the most complex paint finishes in the world,” says chief design officer Luca Borgogno. The process is “akin to a great artist completing an Old Master painting”. 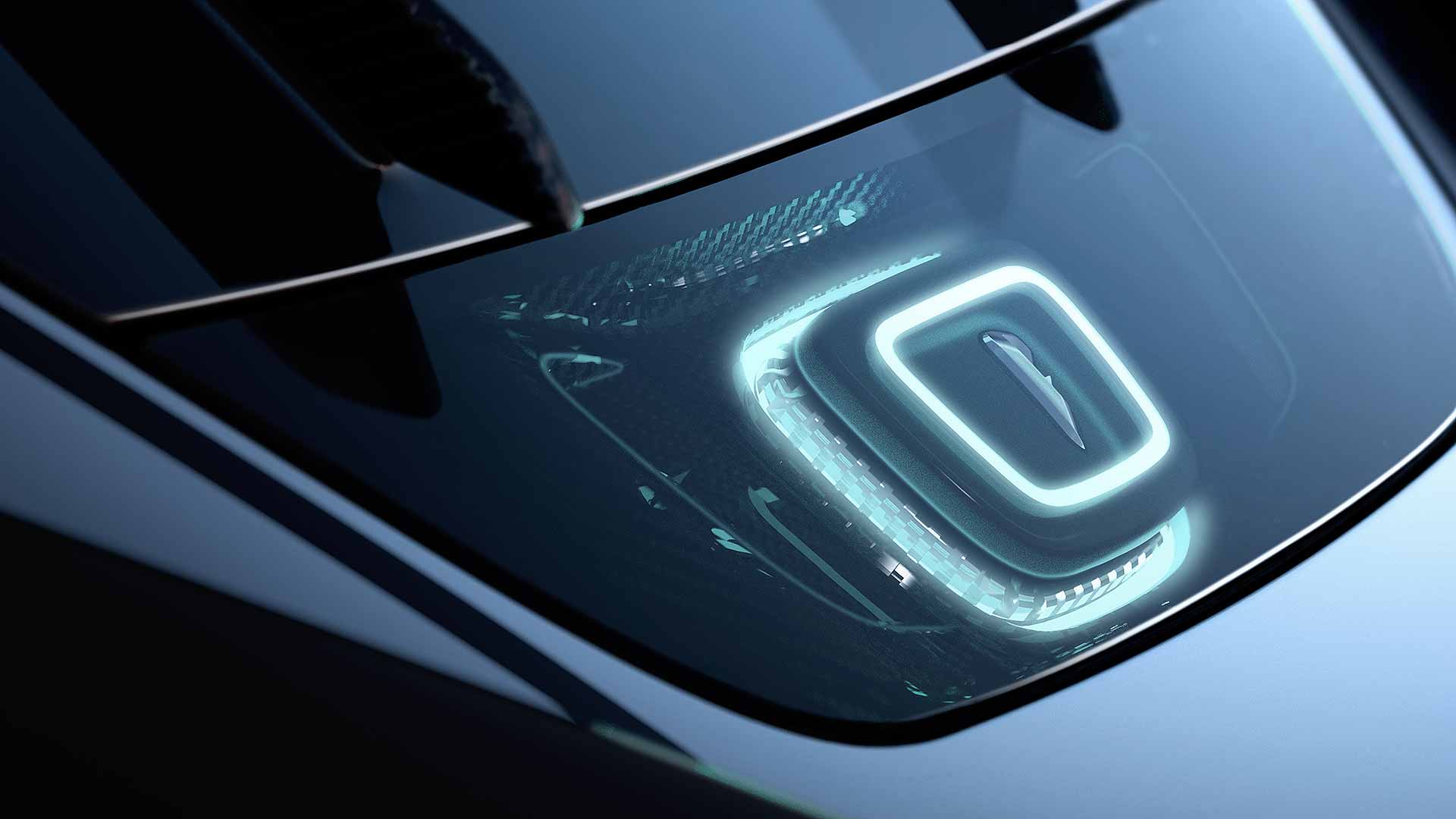 The Pininfarina Battista proves that electric cars can be thrilling records-chasers, and the Anniversario pushes the boundaries yet further.

Its top speed, for example, is now 217mph, thanks to new wheels, tyres, and optimised aerodynamics. 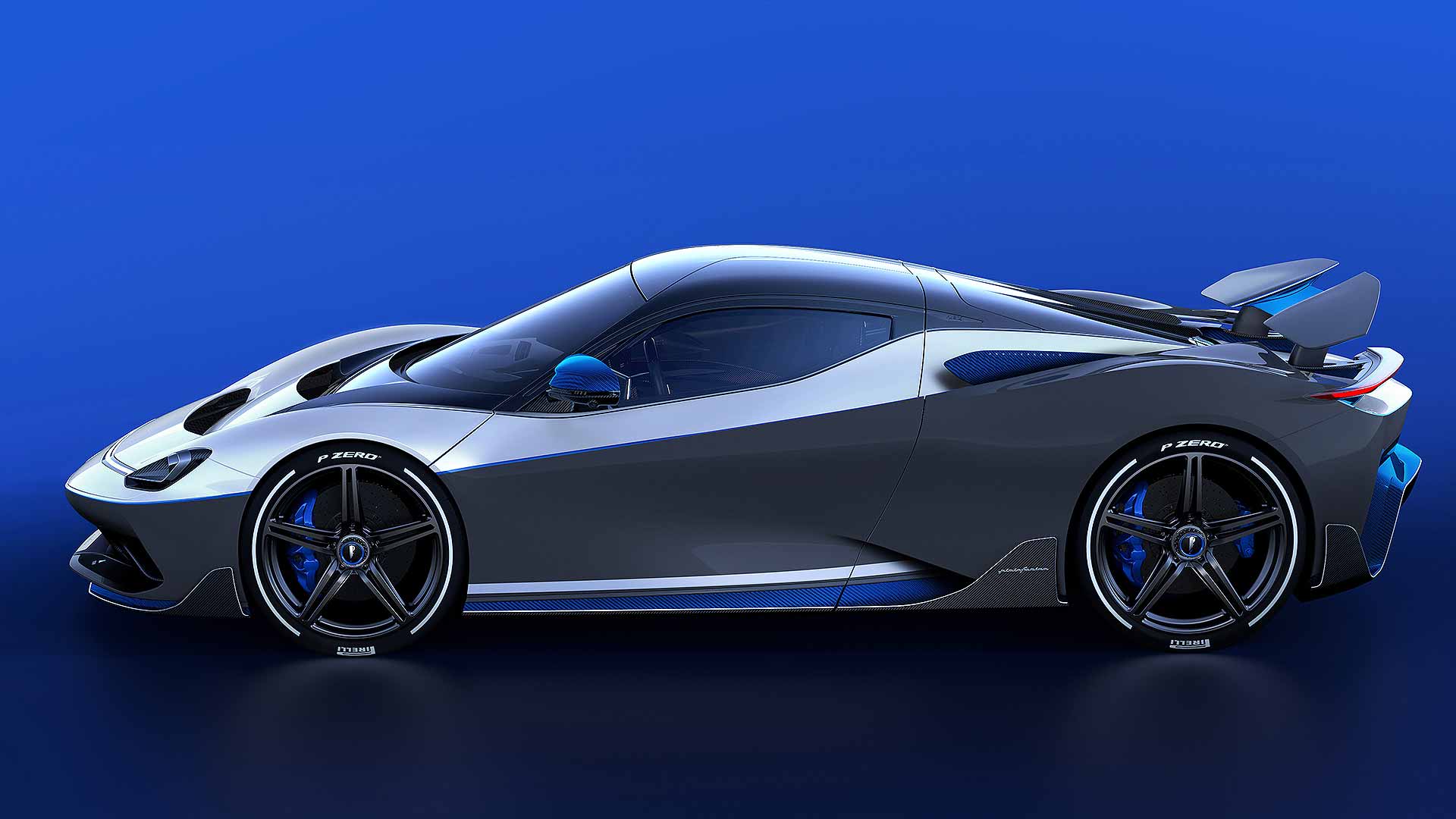 The rear wing, rear aero fins and other details are all bespoke, giving it more downforce and better stability at higher cornering speeds.

Brand new forged alloy wheels are fitted, and the rear wheels have grown from 20-inches to 21-inches.

Perfect for deploying the Battista Anniversario’s incredible 1,900-horsepower output (which accelerates it from 0-62mph faster than a contemporary Formula 1 car).

“I have piloted the quickest road and race cars in the world,’ said Pininfarina test driver Nick Heidfeld.

“I’ve never driving anything as powerful as the Battista.” 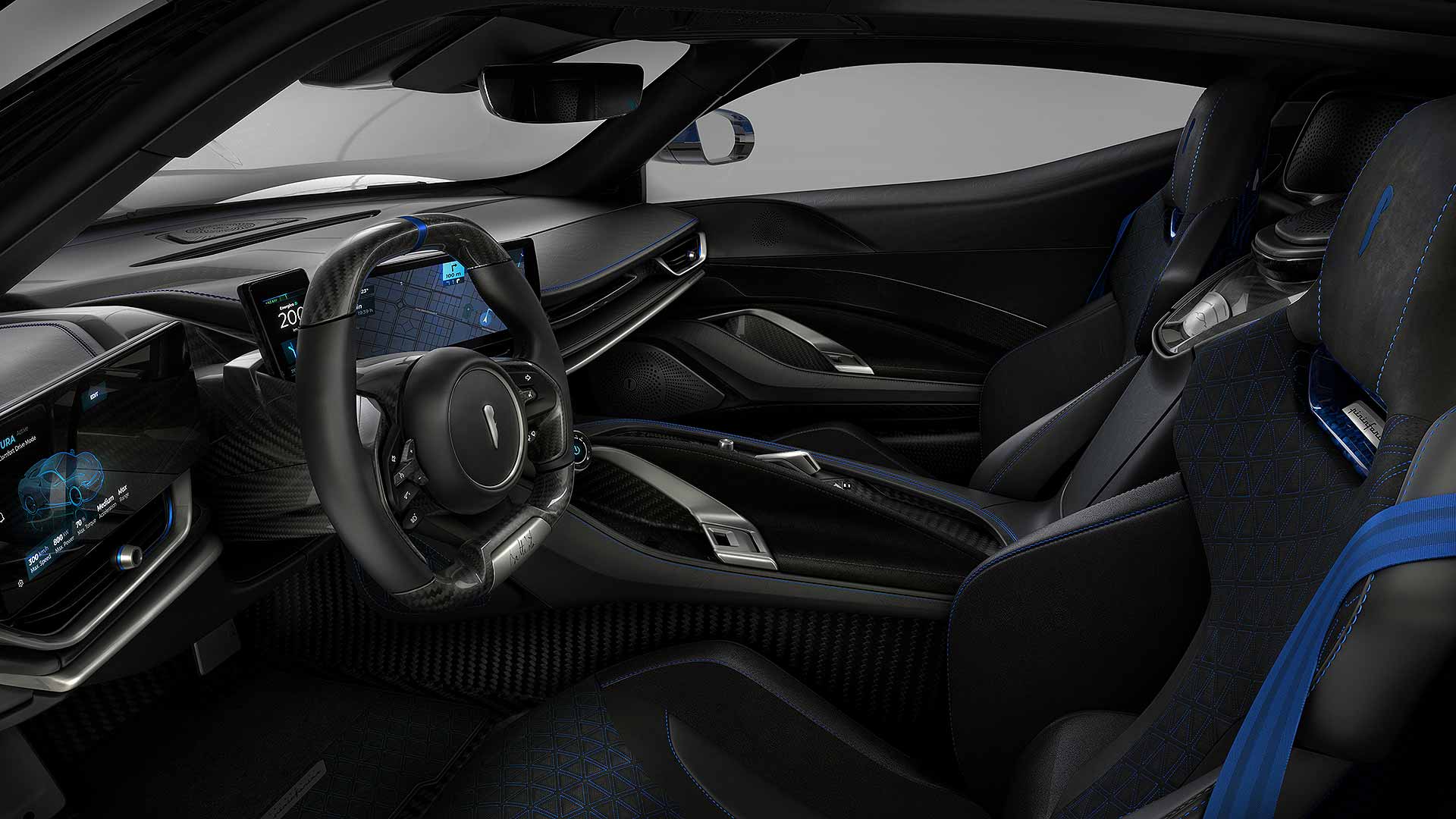 Other exclusive features for the Anniversario model include unique seats finished in sustainable leather, anodised door decoration plaques and headlights, plus an ‘Anniversario’ script on the wings.

‘Pininfarina 90’ logos and a special chassis engraving between the seats complete the ultra-exclusive makeover.

The Pininfarina Battista is already set to be a real rarity, with the company committing to making no more than 150. The one-of-five Anniversario genuinely is the rarest of the rare.

And lucky owners, adds the firm, will be getting their cars before 2020 is out…

BMW has finally revealed the i8 Roadster in LA

Revealed: the towns and cities where EV ownership is surging

Using data sourced from a Freedom of Information request, we can reveal the 20 towns and cities were electric car demand is growing fast
Read more

Radical custom cars that push the limits of possibility

PSA’s purchase of Vauxhall/Opel from General Motors is complete

You could come up golden with this rare 1989 Trump Cadillac

Current President of the United States created two custom Cadillac offerings in the 1980s, made in collaboration with Dillinger-Gaines Coachworks
Read more