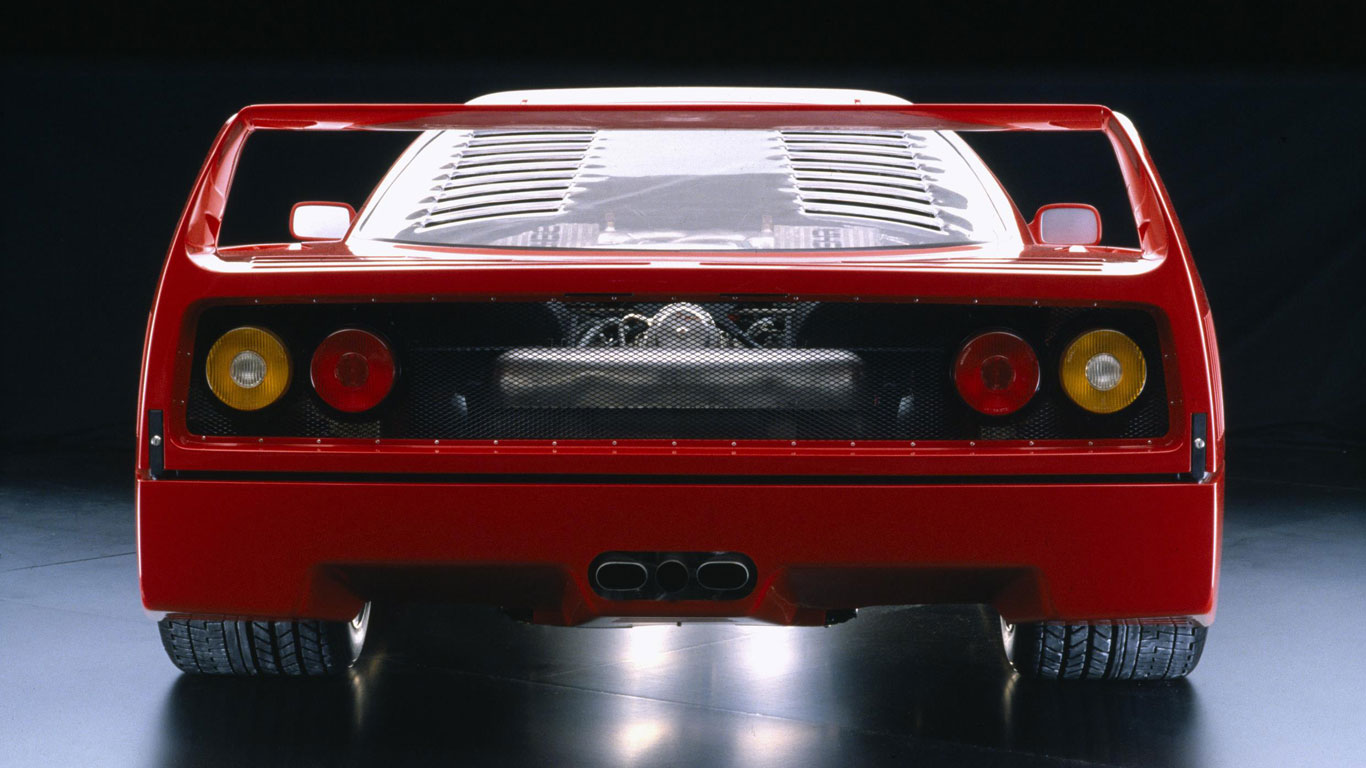 Selecting 10 or 20 of Pininfarina’s greatest hits is a tough ask, but plenty of magazines and websites have had a stab at it. Our advice would be to head to Wikipedia for a complete list of projects, before choosing 10 of your own. For this gallery, we’re going to select 10 famous, iconic or brilliant designs, followed by another 10 you might actually be able to afford. 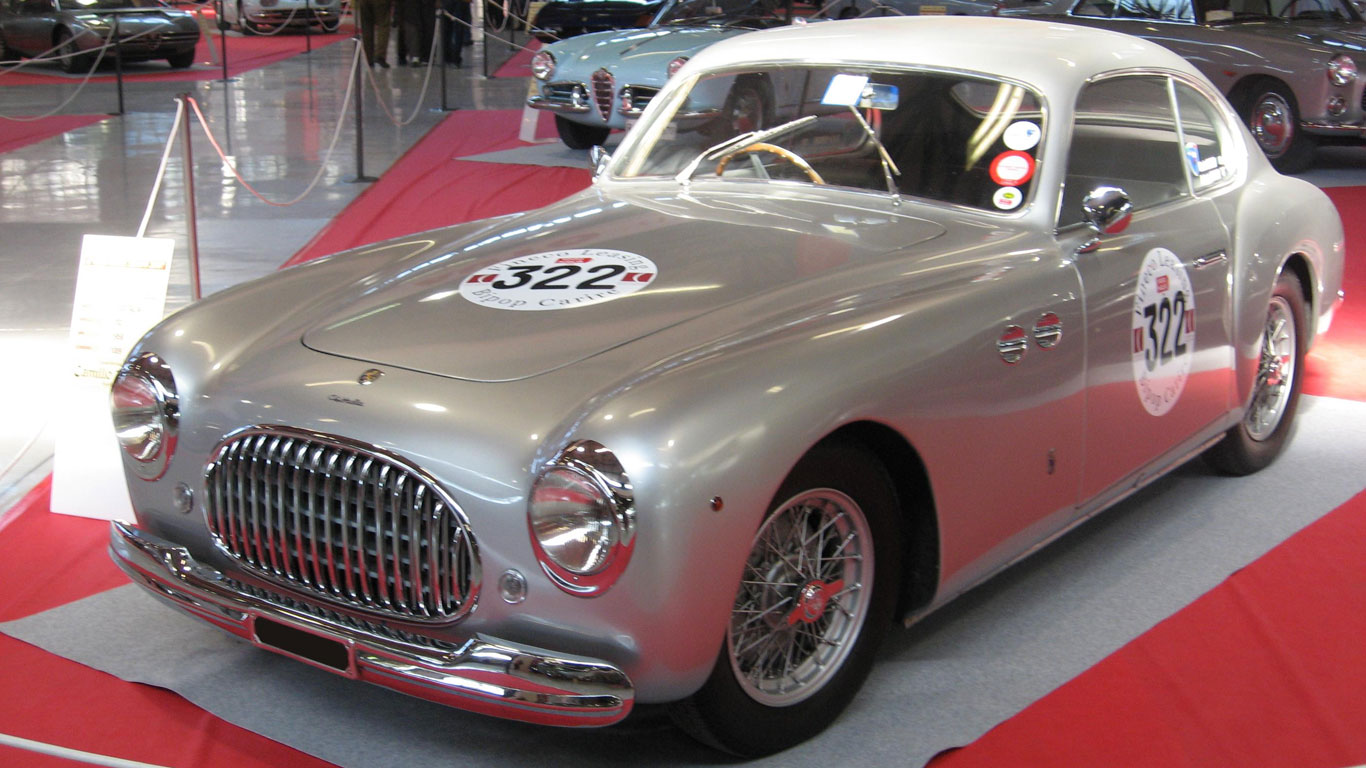 The Cisitalia 202 is so beautiful, it makes the Museo Guggenheim look about as aesthetically pleasing as the old Friarsgate car park in Winchester. To this day, Pininfarina cites the Cisitalia as the definitive point in the company’s history, with a design that would influence Italian cars for years to come. 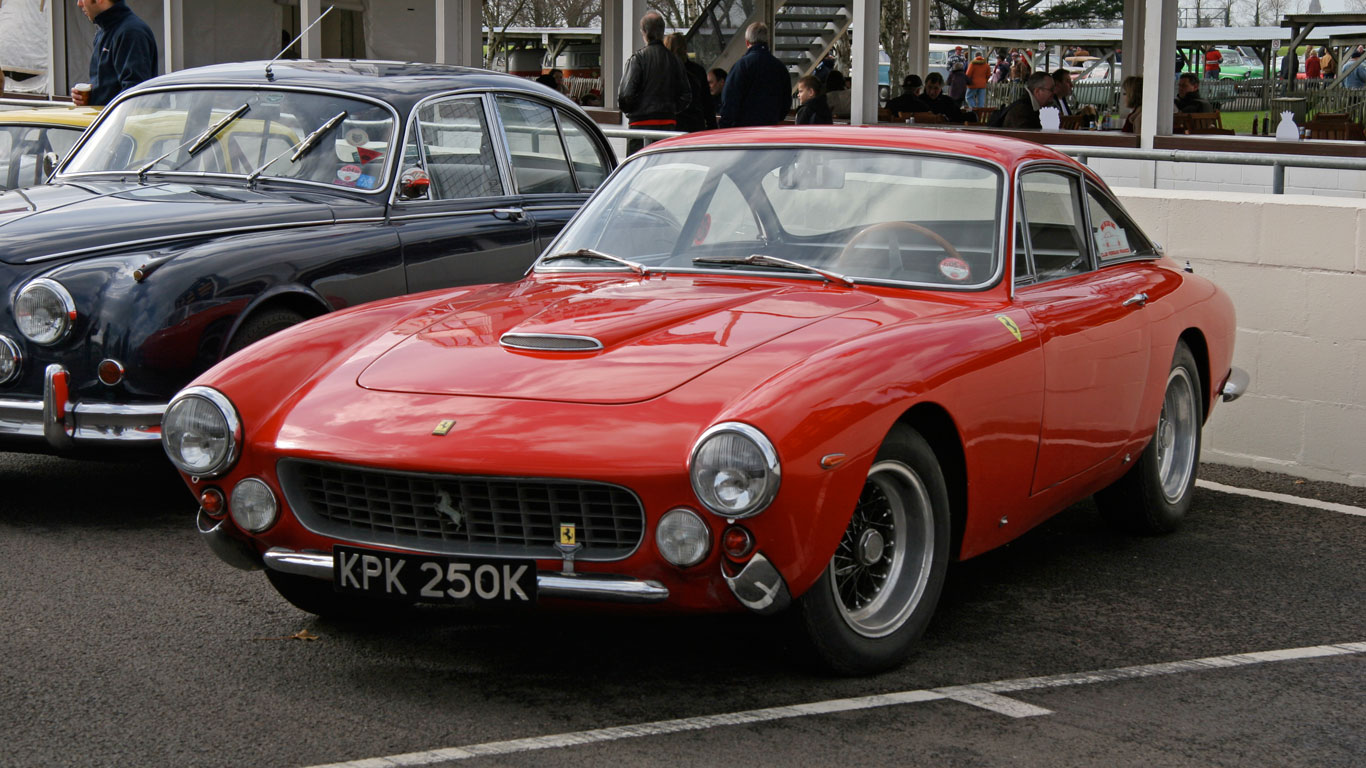 Draw up a list of top 10 Pininfarina designs and it would be all too easy to fill it with Ferraris. Selecting the best would be a tough challenge, but few could argue with the Ferrari 250 GT Berlinetta Lusso. From the clean side profile so free of decoration, to the short stubby tail, the 250 GTL is automotive perfection. Company founder Battista Pininfarina loved his creation so much, he used one as his daily-driver. 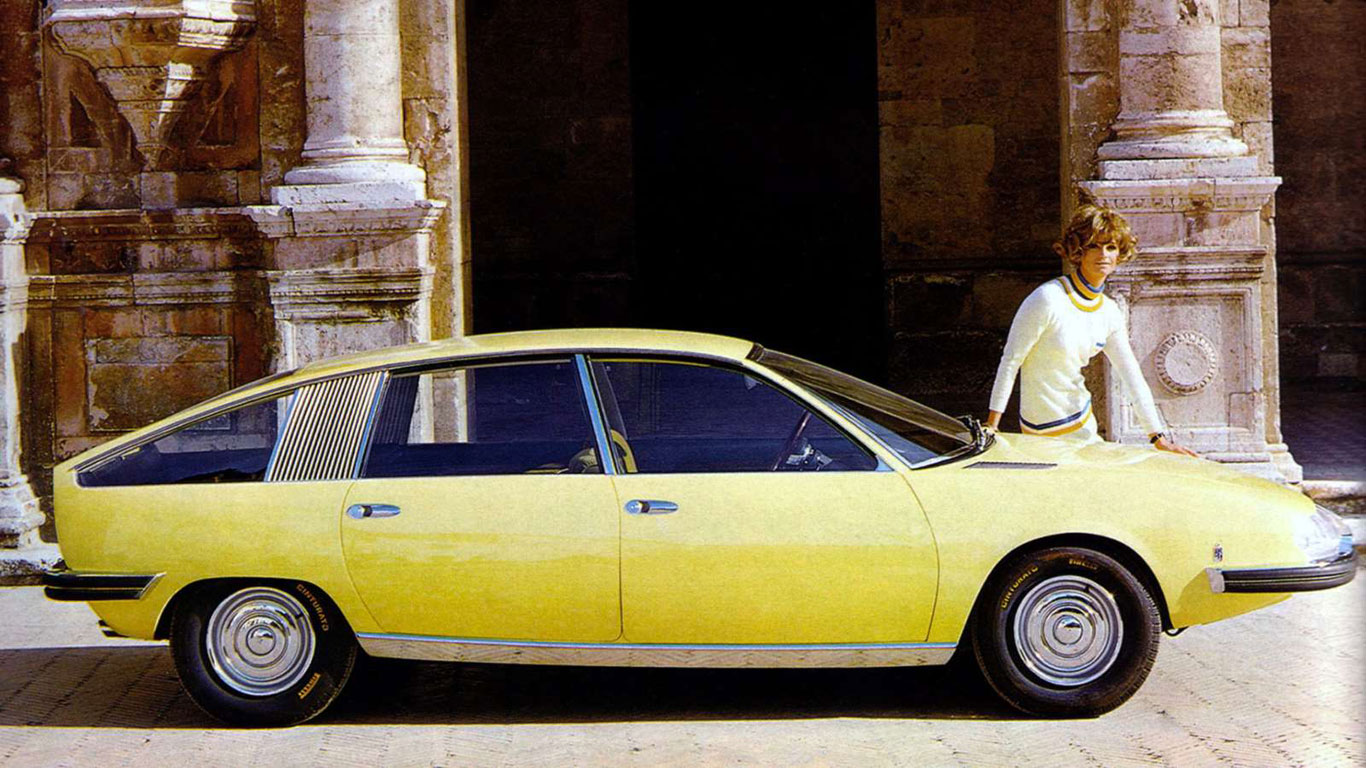 Looking at the Berlina Aerodinamica – or BMC Pininfarina – it’s hard to believe it was based on Morris 1800 ‘Landcrab’. Designed for the British Motor Company (BMC) in 1967, the Aerodinamica looked quite unlike the three-box saloons of the era and would influence car design for many years to come. The Citroen GS, Alfasud, Lancia Beta, Citroen CX and Rover SD1 are just five of the cars inspired by the Anglo-Italian masterpiece. 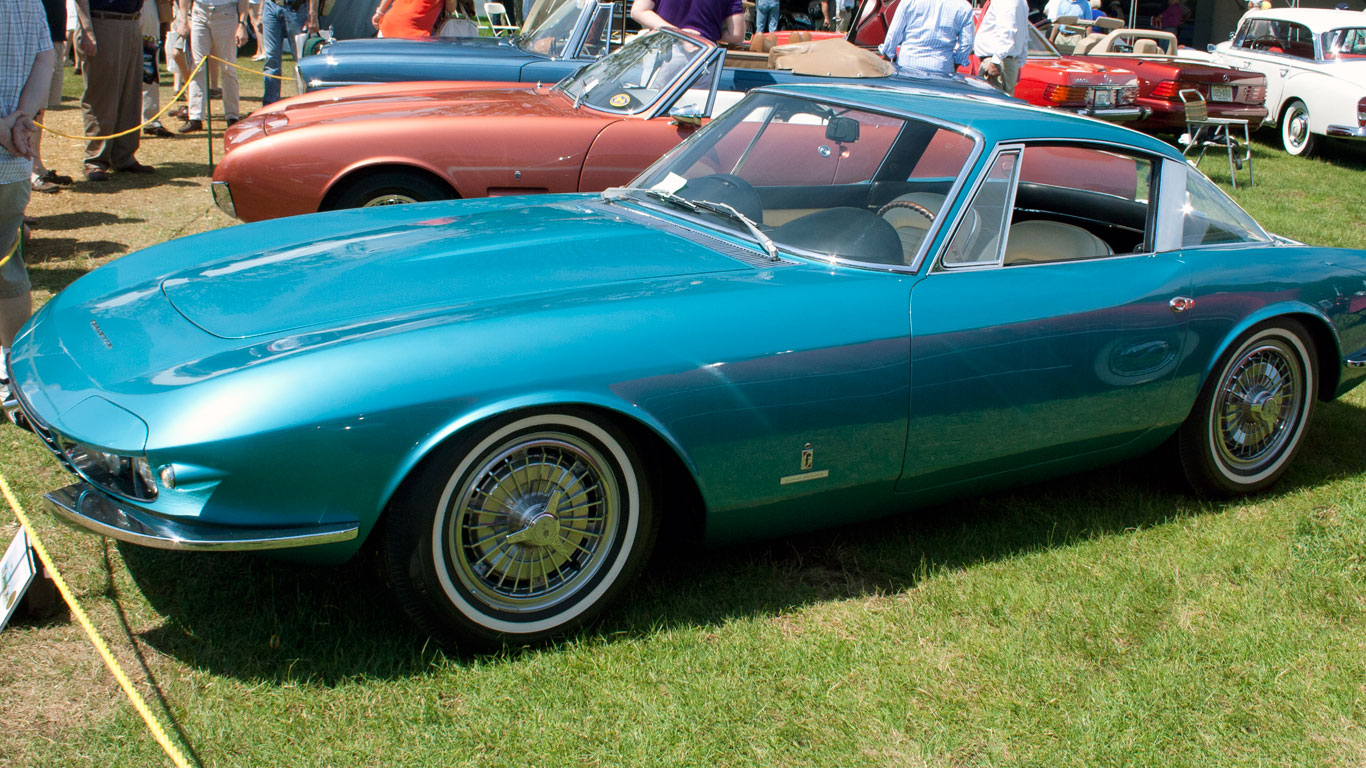 Is this the most European Corvette ever built? That’s a somewhat rhetorical question, because although the Rondine of 1963 was based on the C2 Corvette, only one was built, with the Pininfarina design thought too effeminate for American tastes. Today, 55 years on, the Rondine has aged gracefully and is, perhaps, a case of what might have been. 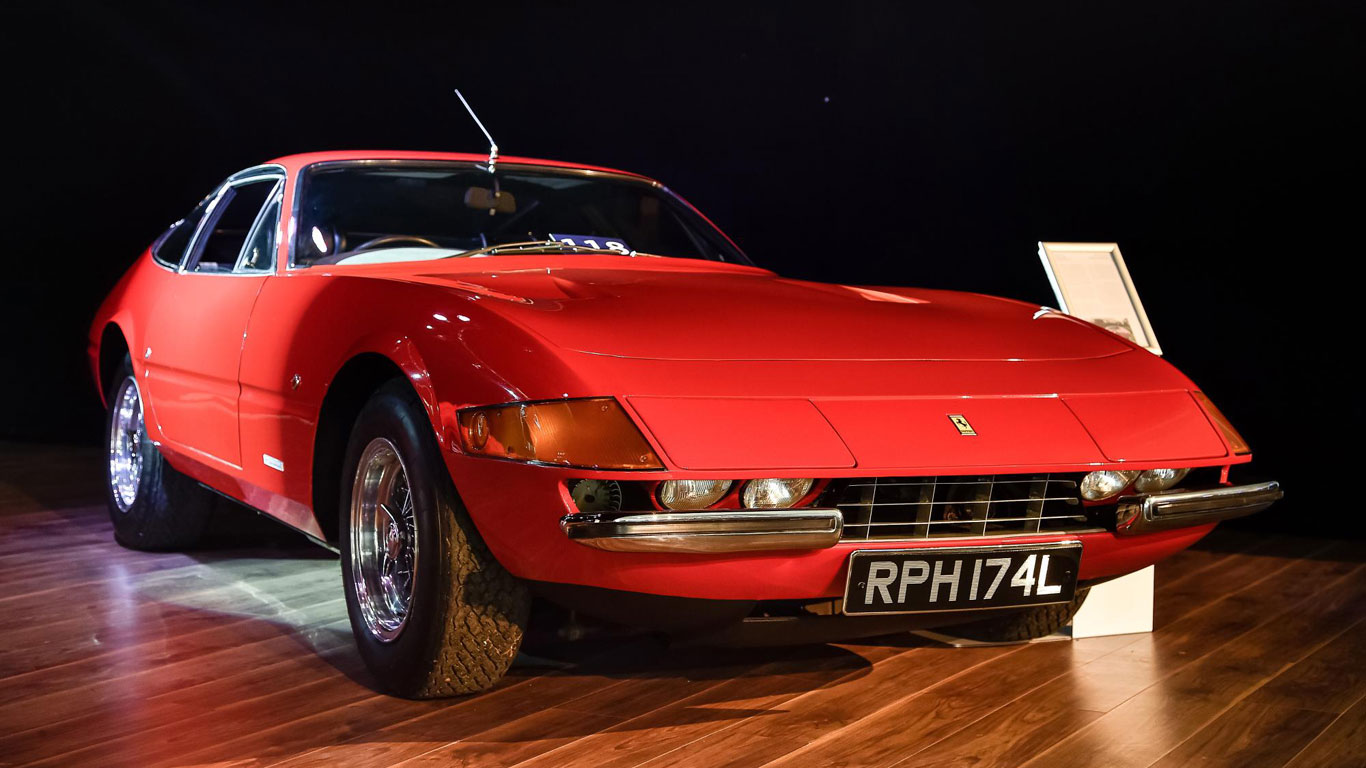 In an age when mid-engined sporting GTs were in fashion, the Ferrari 365 GTB/4 retained a traditional front-engine/rear-wheel-drive layout. But if that sounds conservative, the styling was anything but. Dubbed the Daytona following Ferrari’s 1-2-3 finish at the 1967 24-hour race, the 365 GTB/4 could boast Hollywood glamour that was years ahead of its time. Pininfarina didn’t so much move the game on as thrust it into hyperspace. 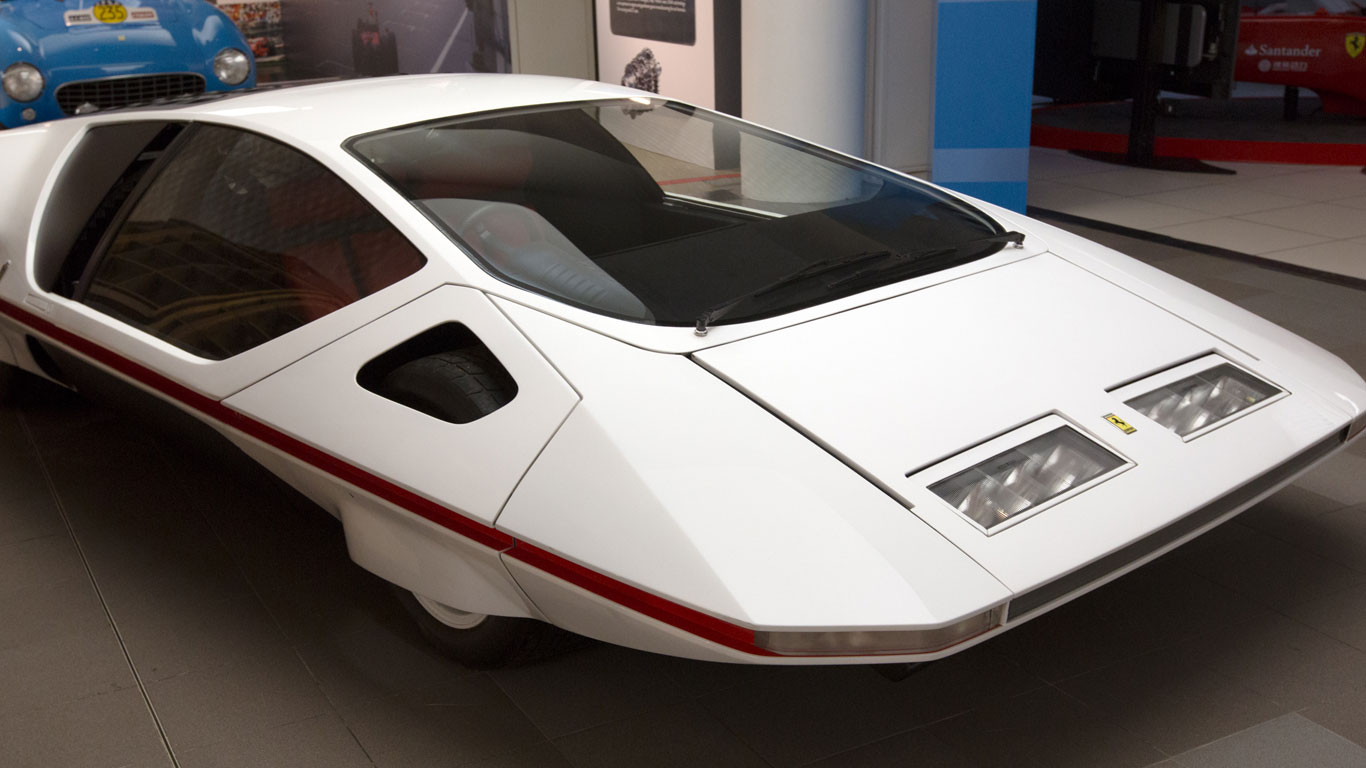 The space-age Modulo is perhaps one of the most famous concept cars of all time. It’s also one of the most outlandish, with its two overlapping body shells, rectilinear waistline, near-horizontal windscreen and… well, just look at it. Based on the Ferrari 512S, and for decades a static concept car, the Modulo was purchased by James Glickenhaus, who harboured a dream of turning it into a working prototype. It made its first journey in June 2018. 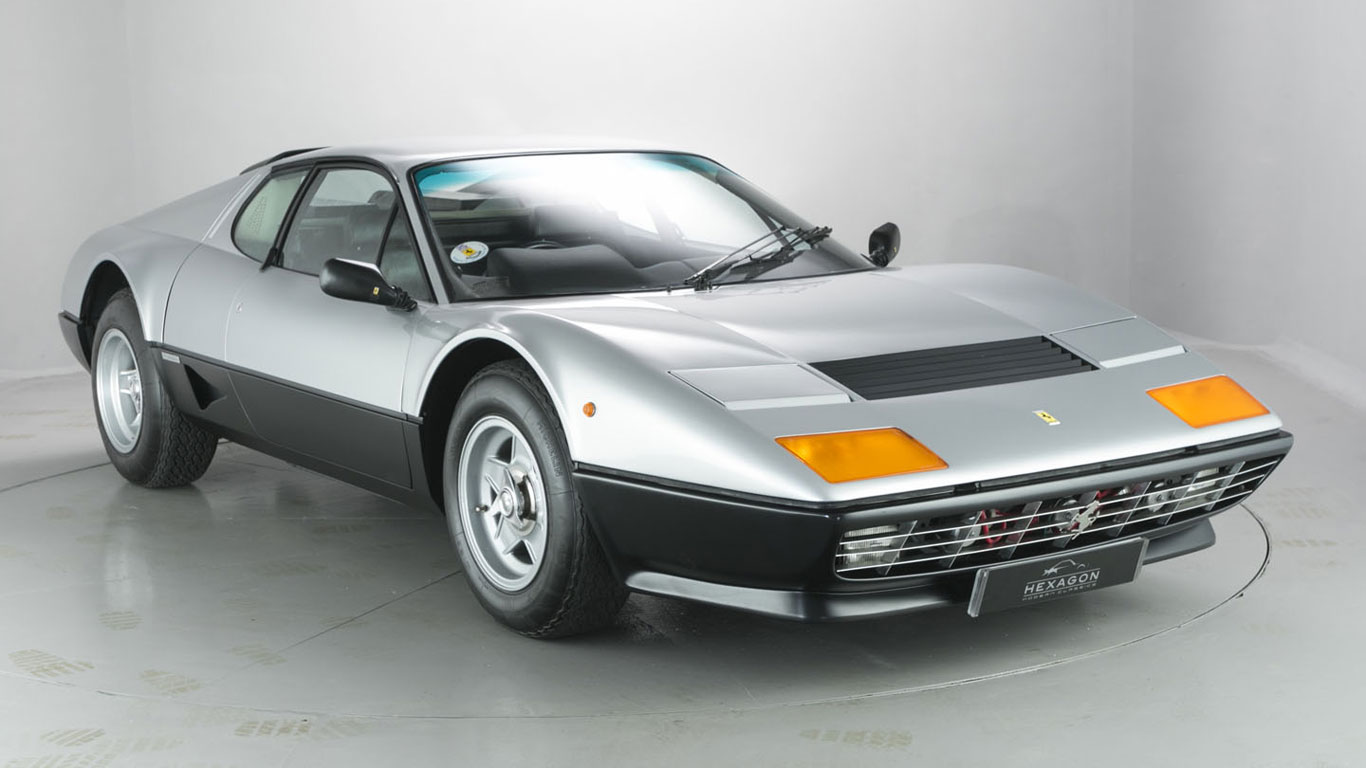 The Ferrari 512 BB was added to Gran Turismo Sport in January 2018. It’s a beautiful car to ‘drive’, but it’s far nicer to race against one, because it gives you the opportunity to pull up behind to admire that glorious rear end. The 512 BB is visually similar to the 365 GT4 BB, but the two- instead of three-element rear lights are somehow cleaner and more appealing. Whatever your thoughts, the Berlinetta Boxer (BB) vehicles are another Pininfarina classic. 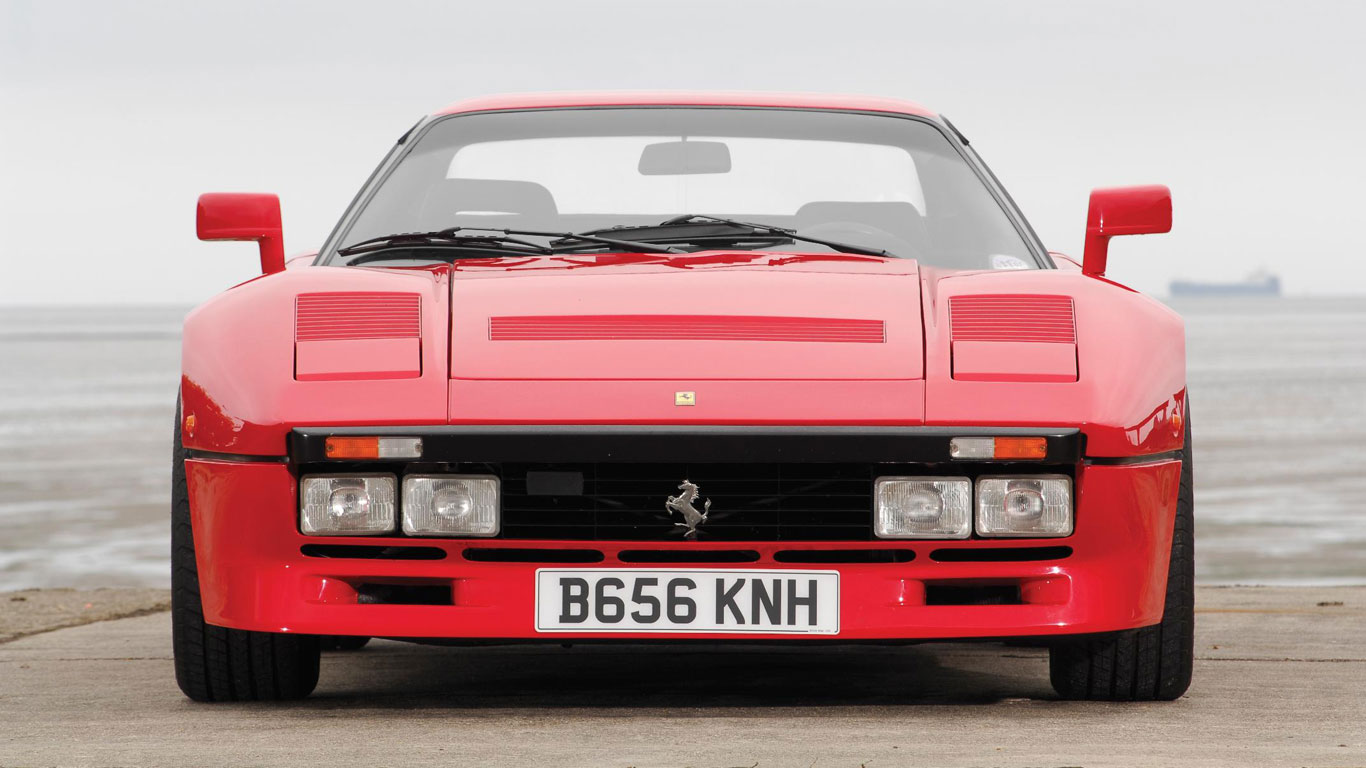 The Ferrari GTO (or 288 GTO) is a proper ‘bite the back of your hand’ car. From the light groups within the front spoiler to the wide and sculpted rear haunches, the GTO is somehow as lean as a long-distance runner and as muscular as a sprinter. It was designed and built for homologation purposes, but when Group B racing was banned, the GTO seemed like a rebel without a cause. Not that this dampened enthusiasm for the project: Ferrari had little trouble finding homes for the GTO. A total of 272 were built – 72 more than the planned 200. 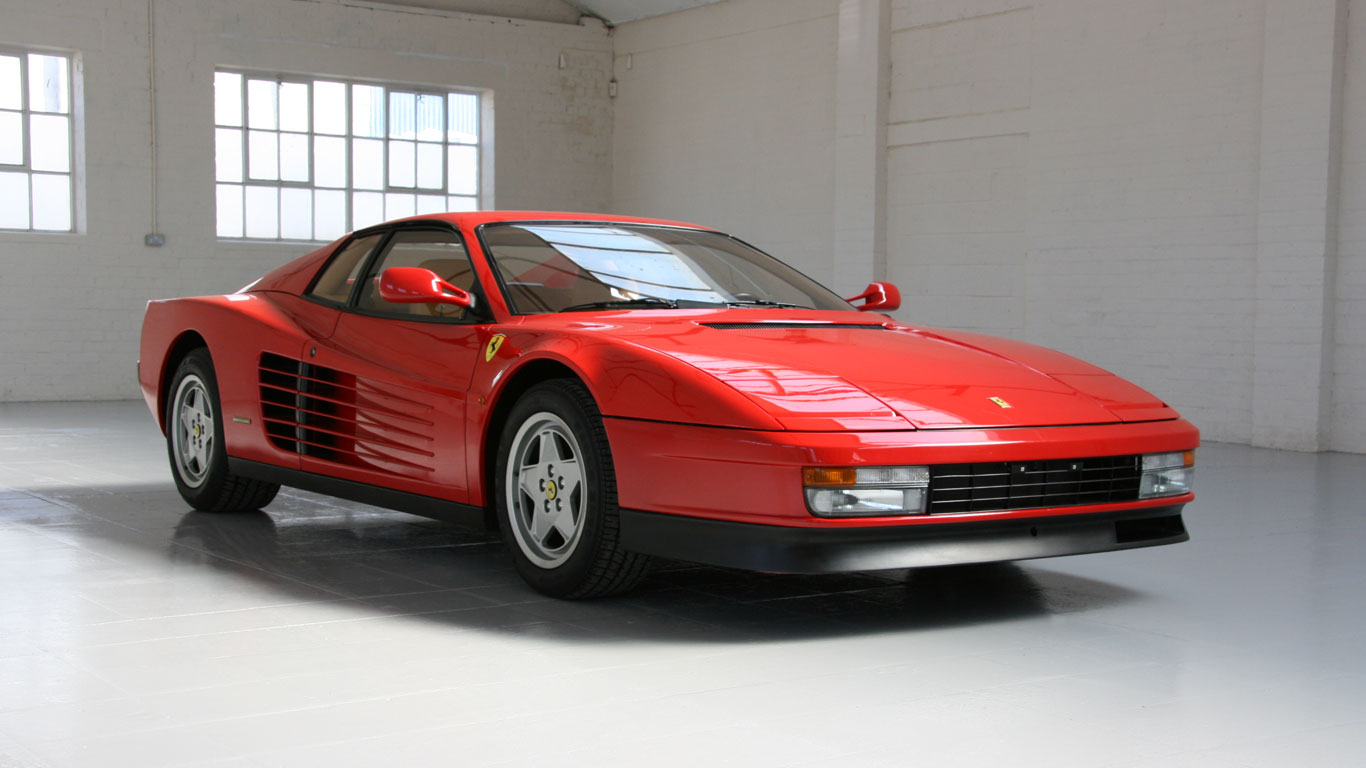 It has had its detractors, but to some people, the Testarossa is the archetypal Ferrari of the 1980s. Launched in 1984, the same year as the GTO, the Testarossa held little regard for Ferrari’s past, introducing rear lights covered by a horizontal grille and a much ‘softer’ front end. The ‘Red Head’ graced tens of thousands of bedroom walls throughout the 1980s, but it wasn’t the ultimate Ferrari pin-up… 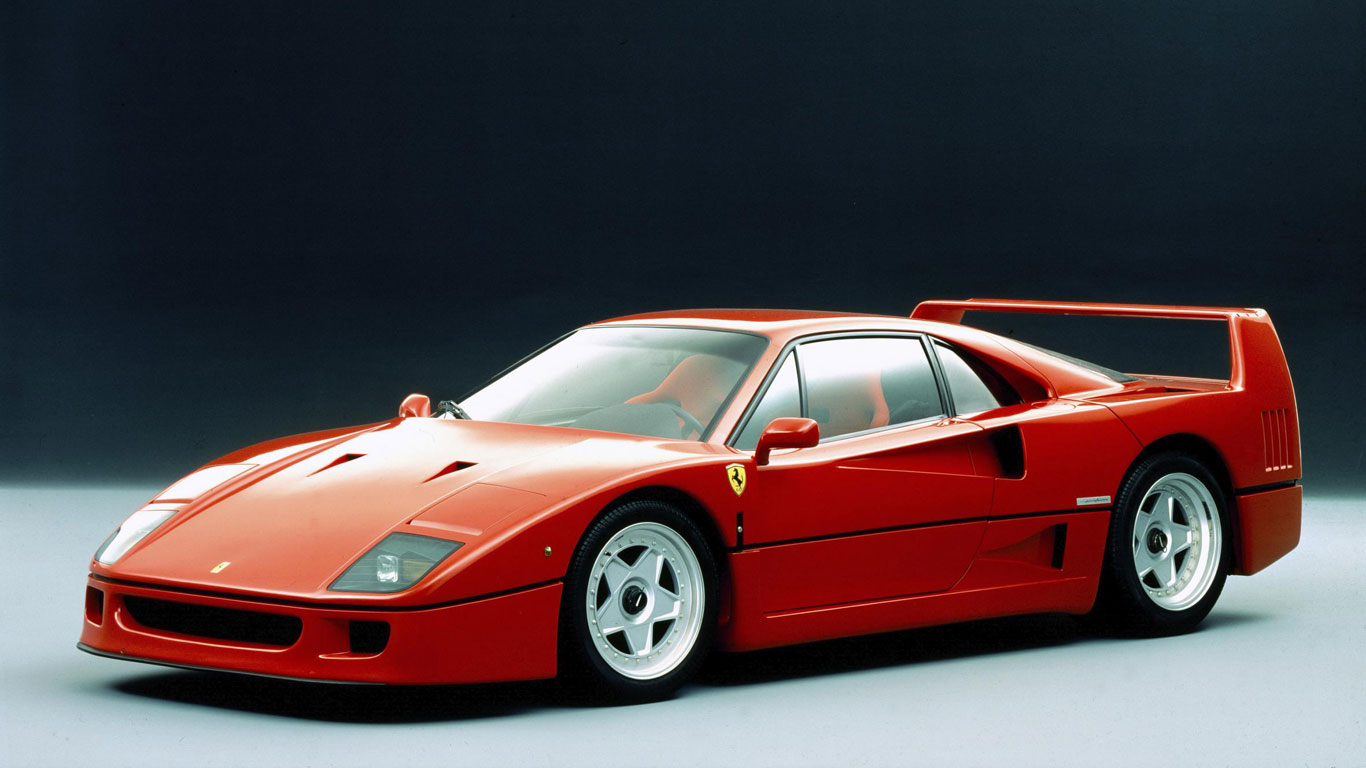 That accolade belongs to the Ferrari F40. Designed and built to commemorate Ferrari’s 40th anniversary, the F40 represented the peak of Maranello’s talent and expertise, wrapped in one of the most iconic bodies ever created. As ever, a small caption below an image isn’t enough to honour one of the great automotive landmarks of the 20th century. We’re also acutely aware that selecting 10 Pininfarina designs is a mere drop in the ocean. But what if you cannot stretch to a priceless concept or a Ferrari supercar? Here are 10 worthy alternatives. 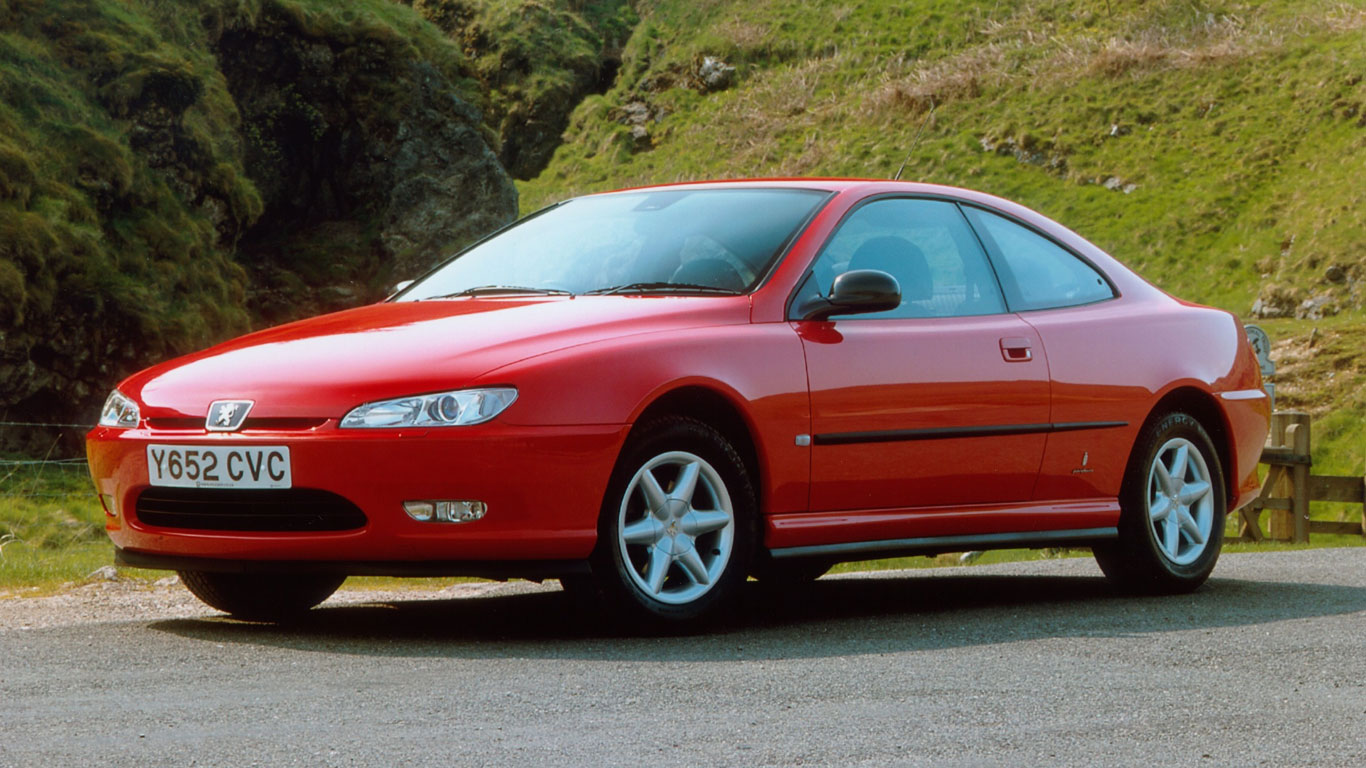 Whatever fee Pininfarina charged Peugeot to design the 406 Coupe, it wasn’t enough. Sure, the 406 saloon is a handsome thing, but in creating the Coupe, Turin pulled off a minor miracle. As an overall package, the 406 Coupe is simply elegant and elegantly simple, but small details include the rear buttresses, slightly widened haunches and creases in the bonnet.

When it had finished designing the Ferrari Testarossa, Pininfarina paused for a while, before creating this: the Alfa Romeo 164. The Alfa was one of the Type Four project cars – the others being the Fiat Croma, Lancia Thema and Saab 9000 – and was by far the prettiest of the quadruplets. 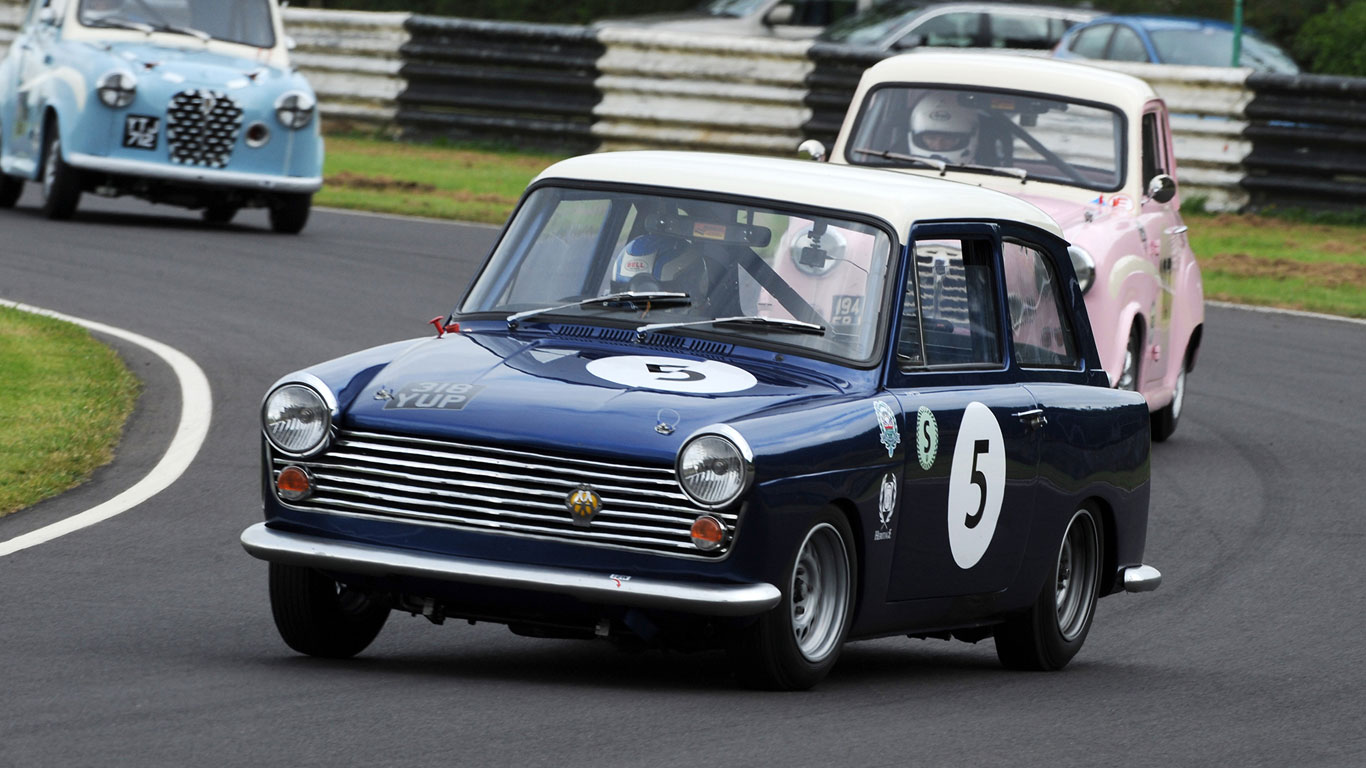 The Austin A40: a design so good, the Italian styling house was happy for it to wear the company name. It was the first BMC car to benefit from Italian styling, and while it might seem a world away from Italian supercars and French coupes, the A40 was a revelation. The design gave it van-like load-carrying capabilities in a car the size of a small family saloon. 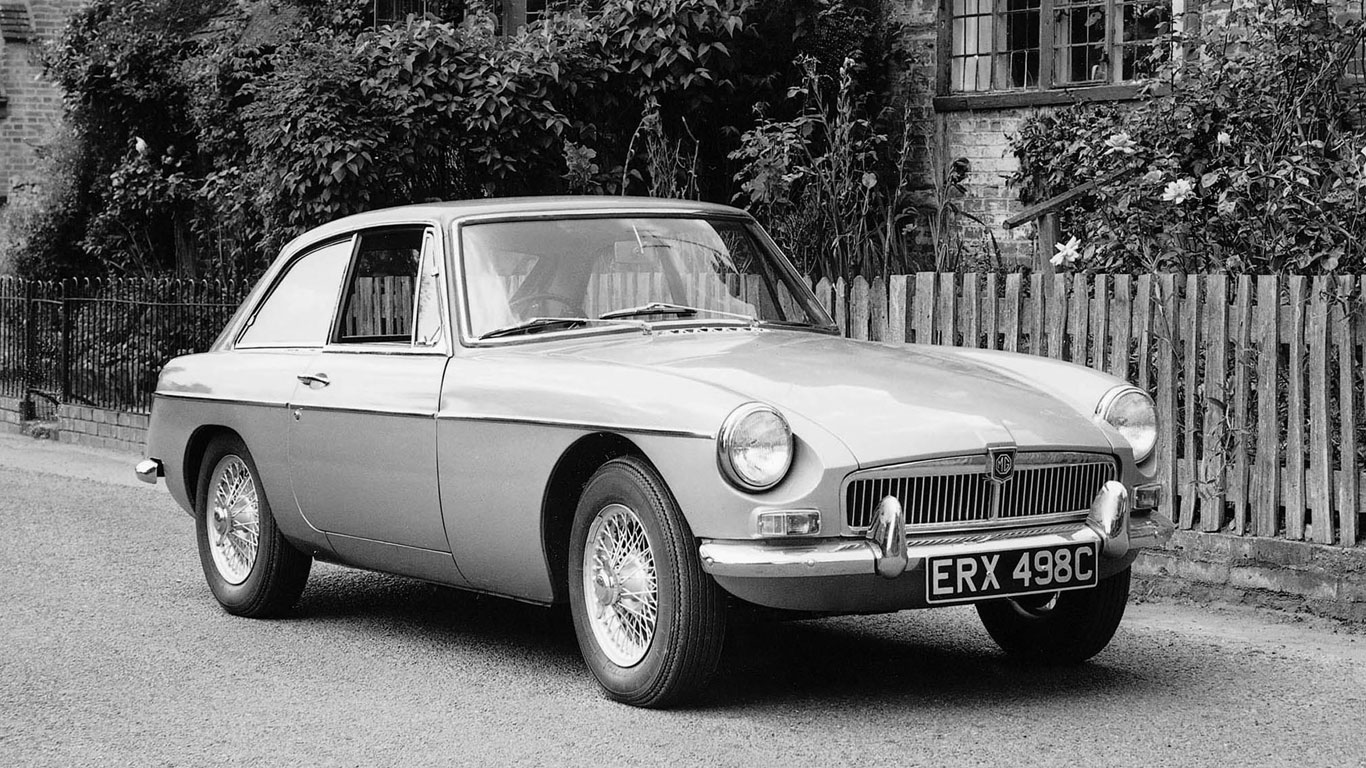 There had been custom-built hardtop versions of the MGB before Pininfarina was let loose on the GT, but Italy pulled off the ‘poor man’s Jaguar E-Type’ effect with aplomb. Both stylistically and aerodynamically, the MGB GT was a compelling alternative to the roadster, while having the benefit of some added practicality. Another Anglo-Italian classic. 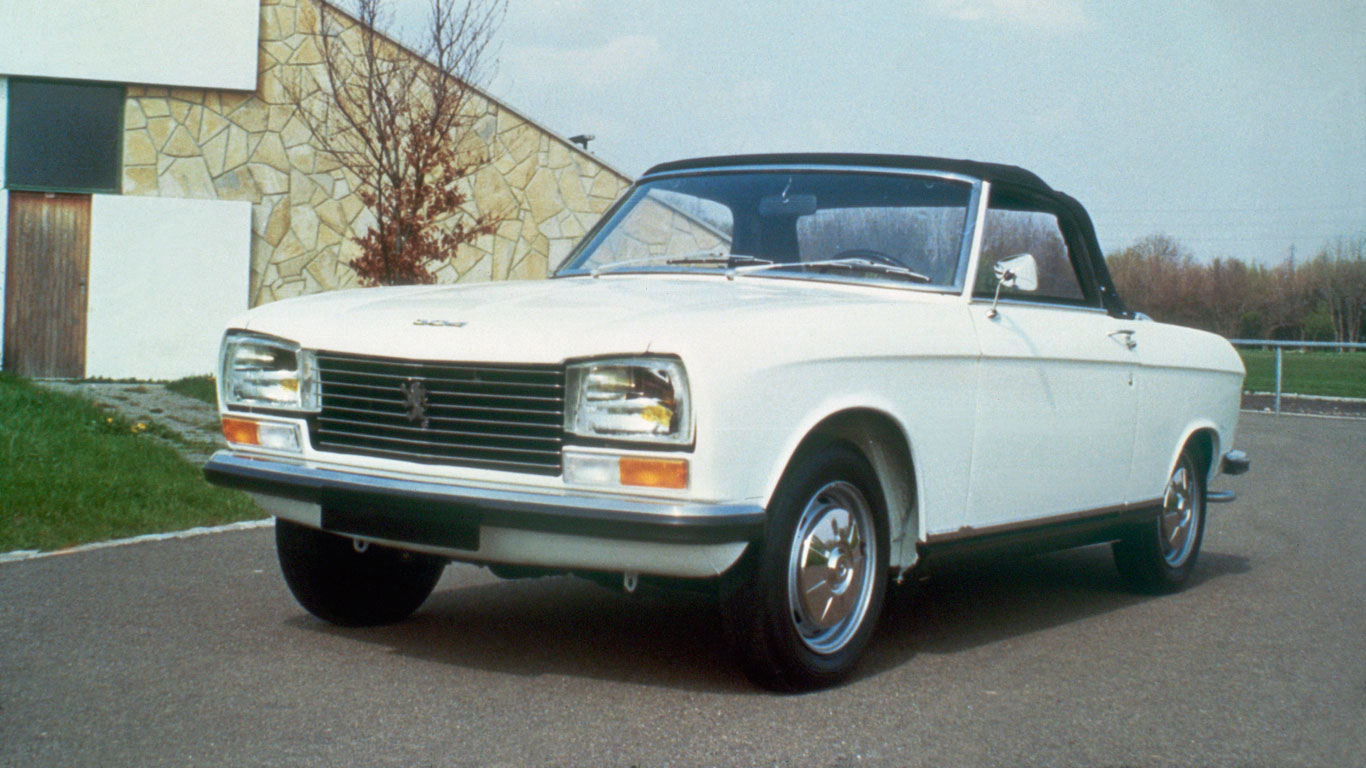 Saloon, coupe, estate, van and convertible – there was a Peugeot 204 for just about every occasion. Beneath the typically simple and elegant styling you’ll find a highly advanced front-wheel-drive car that’s all but extinct in the UK. Which is a shame, because in coupe and convertible guise, it’s a pretty little thing. It was also Peugeot’s first small car since before the war and one of the best-selling cars in France in the late 60s and early 70s. 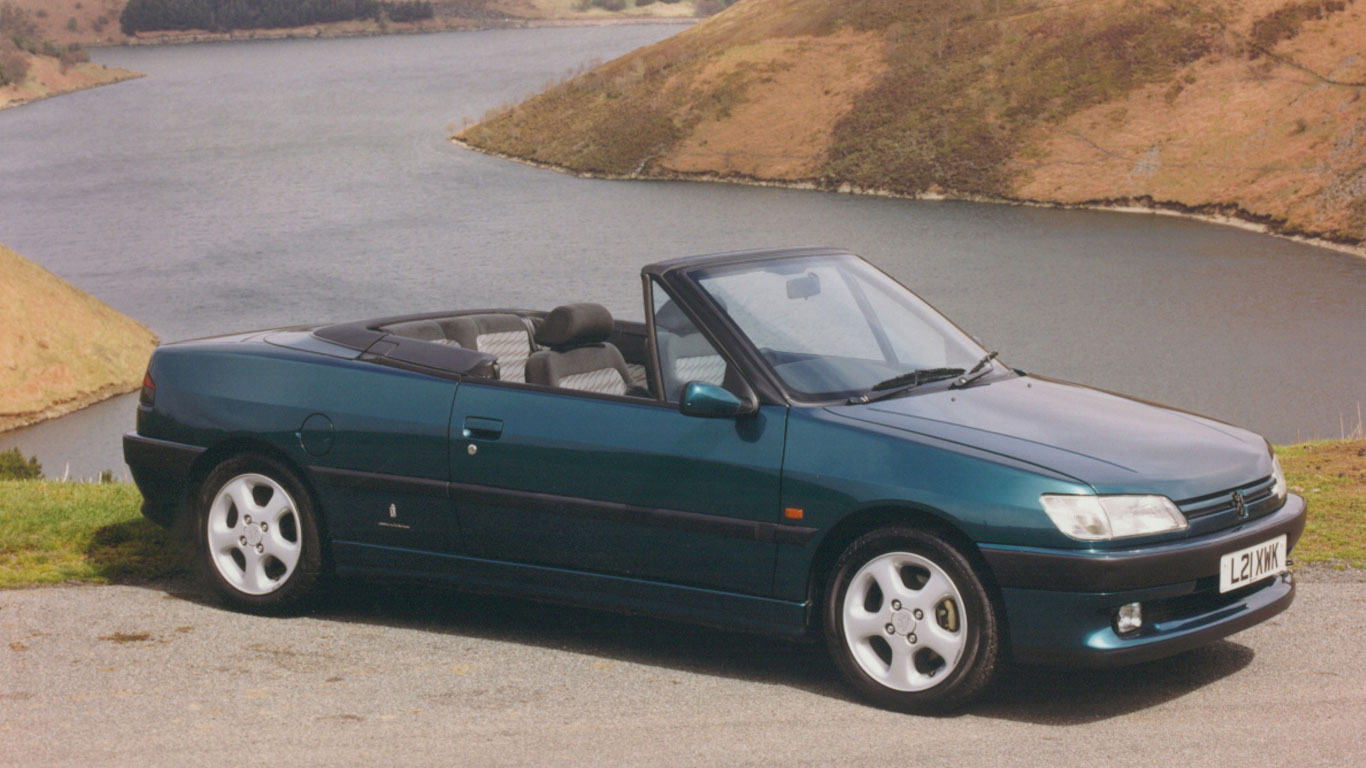 Peugeot certainly knew how to get the best out of Pininfarina. The 306 Cabriolet could mount a serious case for being the best looking real-world drop-tops in the world, particularly in pre-facelift guise. Prices start from as little as £500. Bargain. 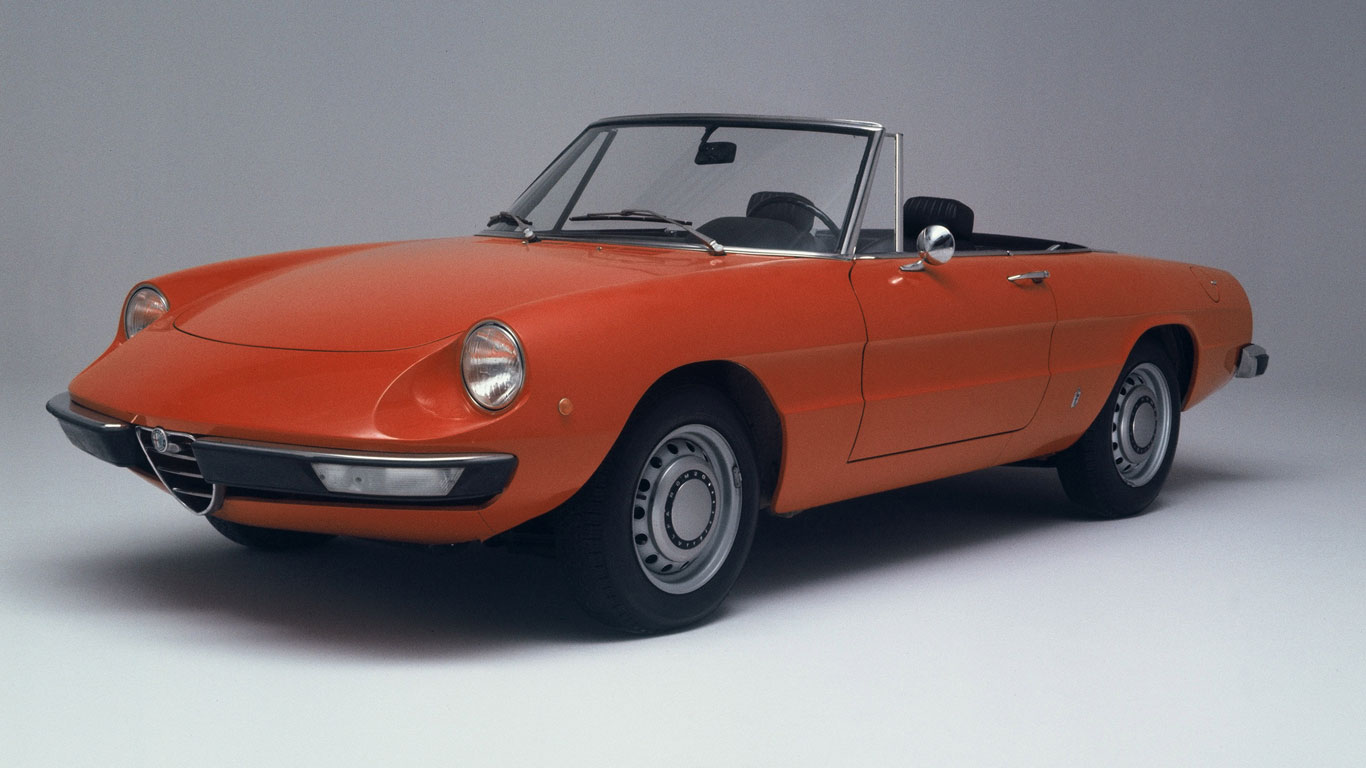 Most famous for its role in The Graduate, the Alfa Romeo Spider is the quintessential Italian roadster. At its best in original ‘Duetto’ guise, the Spider enjoyed a sprawling production run, stretching from 1966 until 1993. When the Spider needed updating for the 90s, Alfa turned once again to Pininfarina. 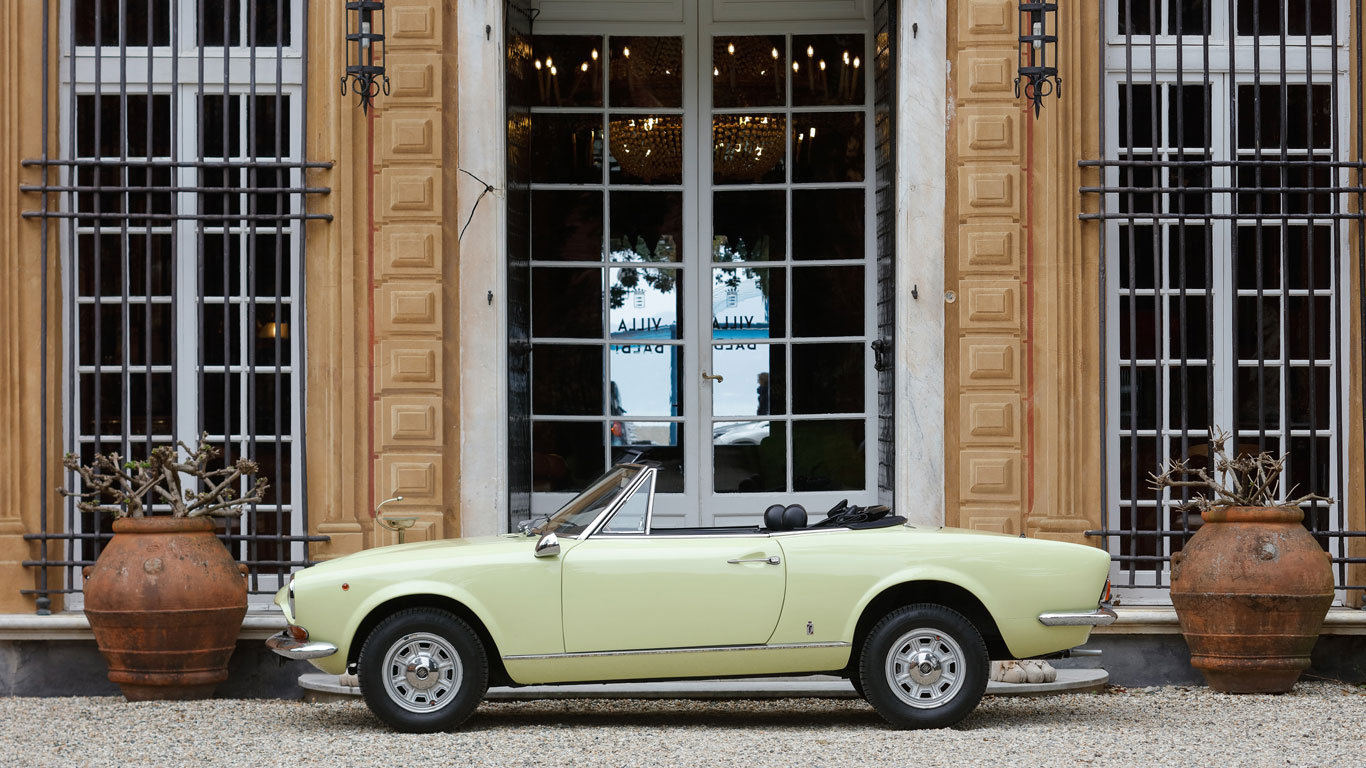 If you didn’t fancy the Alfa Romeo Spider – or indeed the MGB – this was your third choice. It was the work of Tom Tjaarda, who used his experience with the Chevrolet Rondine to create the Fiat 124 Spider. “Fiat never gave that much importance to that car,” Tjaarda told Wired. “General Motors liked it [the Rondine], but they said it didn’t look like a Corvette, so they couldn’t use it,” GM’s loss was Fiat’s gain, because the 124 Spider became the company’s best-selling car in the US. 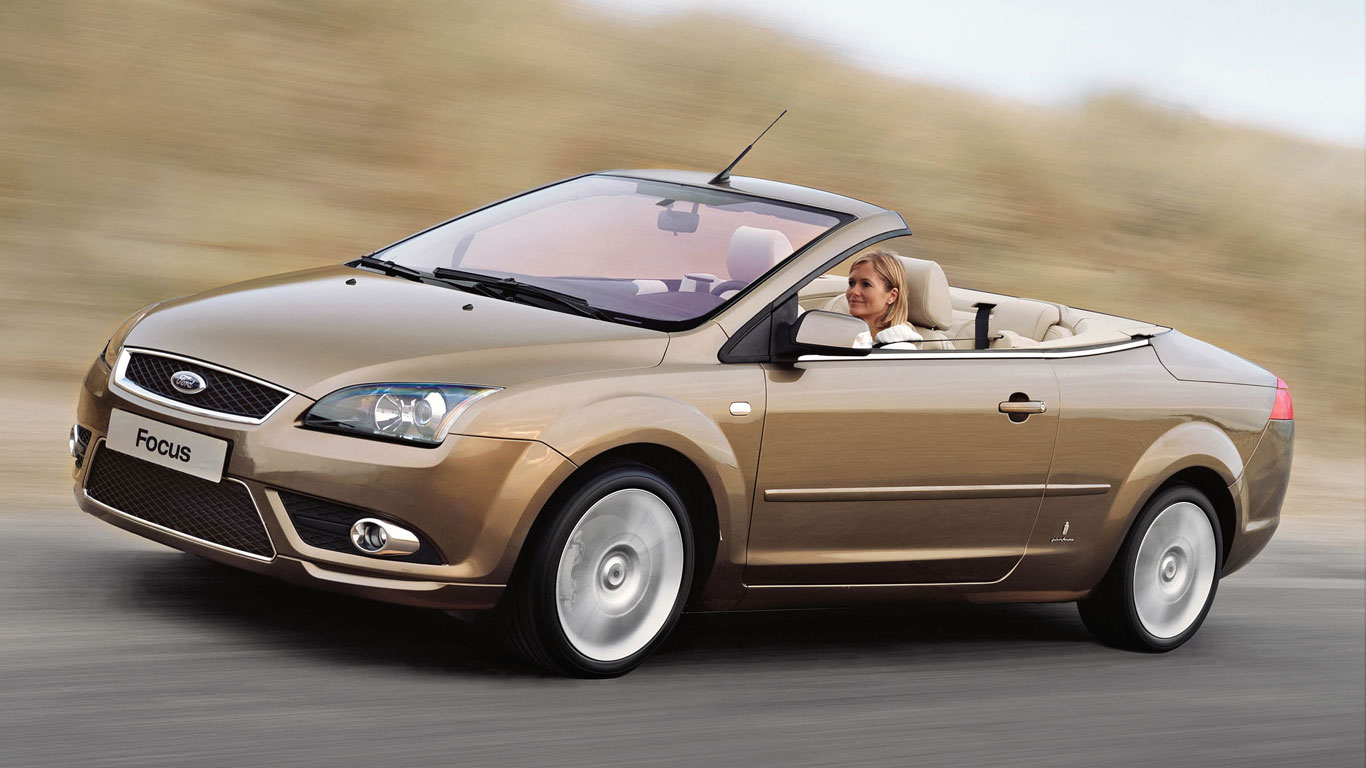 The Ford Focus CC is proof that not even Italian styling can save a coupe cabriolet from looking a tad awkward. For a while, these four-seat drop-tops with their folding hard-tops were in fashion, but the star shines less bright today, and the coupe cabriolet is spiralling into banger territory. Avoid early Focus CCs, unless you enjoy a leaky roof. 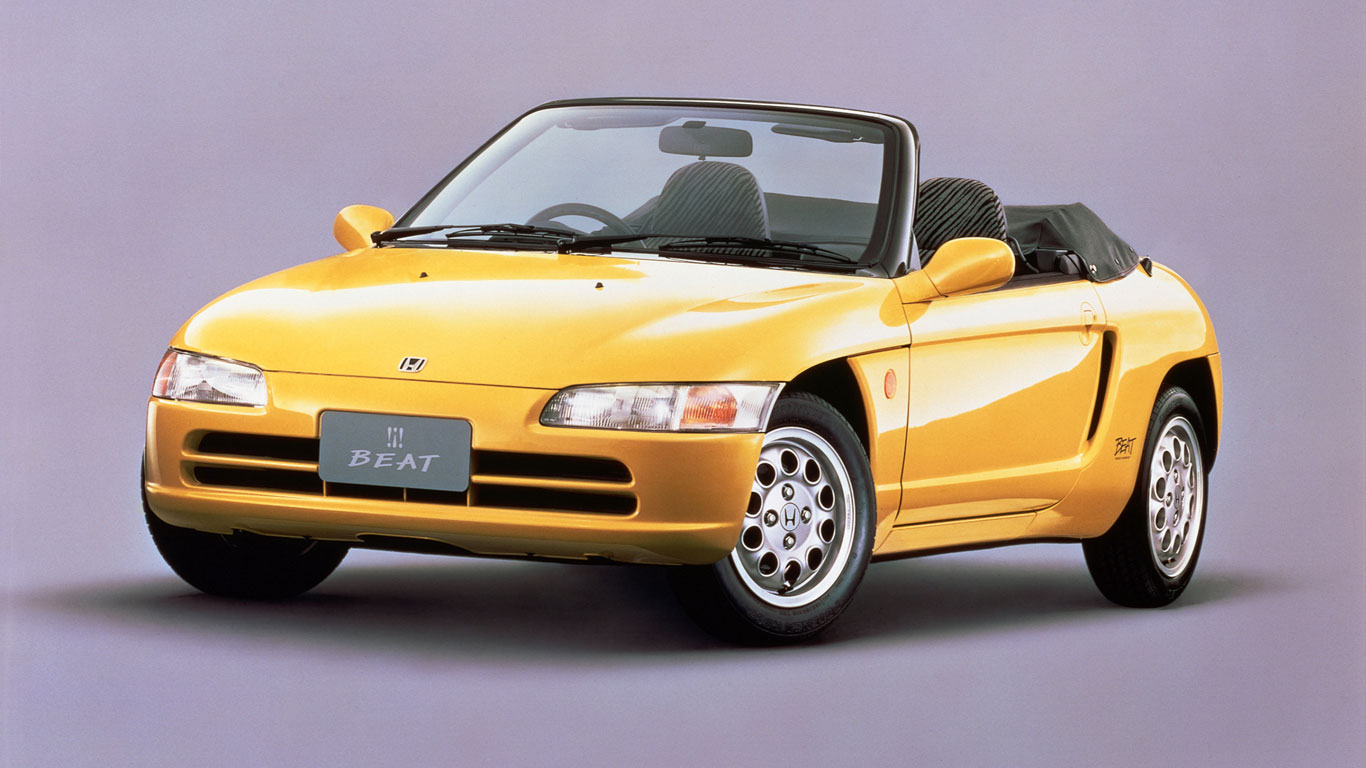 The brilliant Honda Beat was designed by Pininfarina and built to comply with Japanese kei car regulations. Other Pininfarina cars you could consider include the Peugeot 505, Alfa Romeo GTV, Maserati GranTurismo, Peugeot 504, Bentley Azure and the delightful Fiat 130 Coupe.