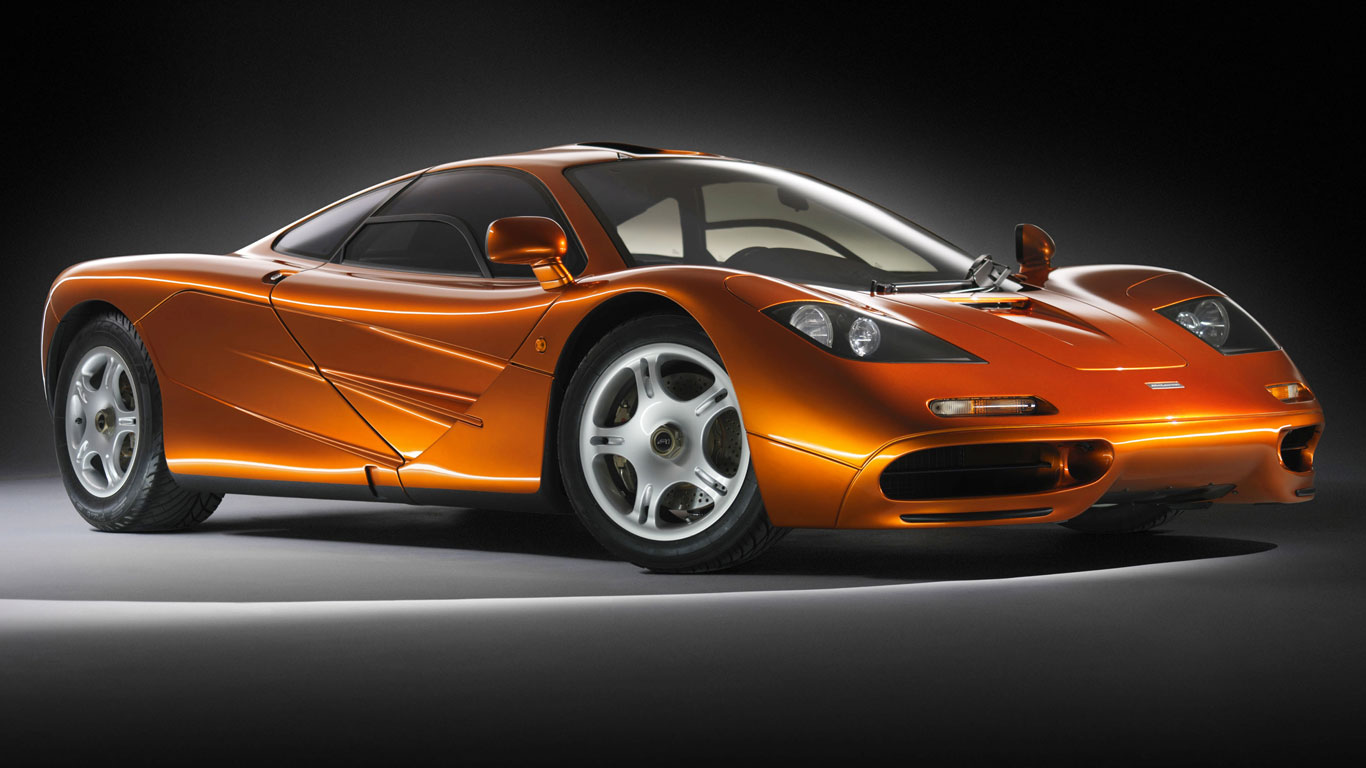 Some cars enter production and fade away without anybody giving them a second thought. Others leave their mark on the industry, securing a place in motoring history. The following 25 cars have, in one way or another, shaped or influenced the car industry. 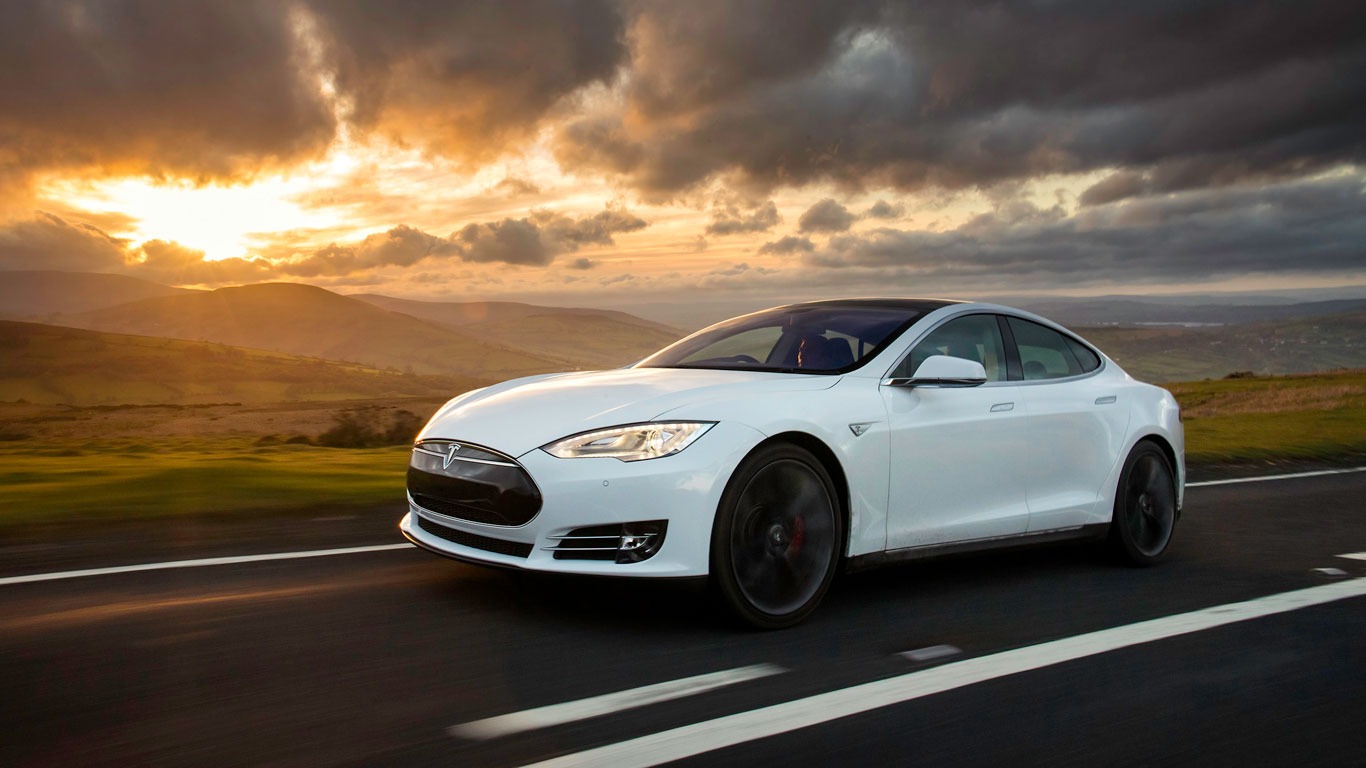 Whatever your thoughts on Elon Musk and Tesla, it’s impossible not to give the Model S credit for its influence on the EV sector. Six years on from its launch, we’re still using the Model S as the benchmark in the premium EV segment, which just goes to prove how far ahead of the curve it was. Only now are the likes of Jaguar, Audi and Mercedes beginning to play catch-up. 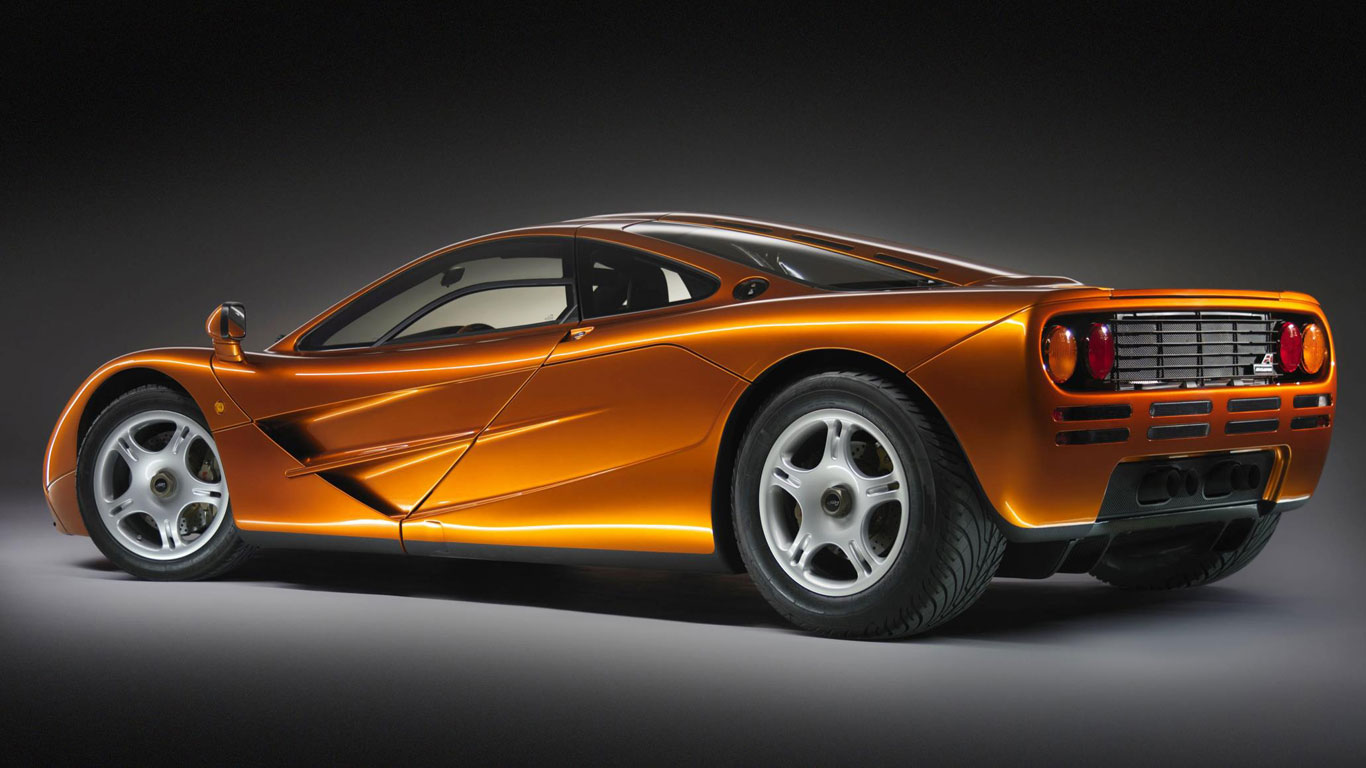 F1 by name, F1 by nature – McLaren’s landmark supercar was the first road car with a carbon fibre chassis and featured tech so advanced, it was decades ahead of its time. It was every inch an F1 car for the road – assuming you had pockets the size of Rowan Atkinson’s – and the result of Gordon Murray’s obsessive approach to car design. Even the engine bay was lined with pure gold. 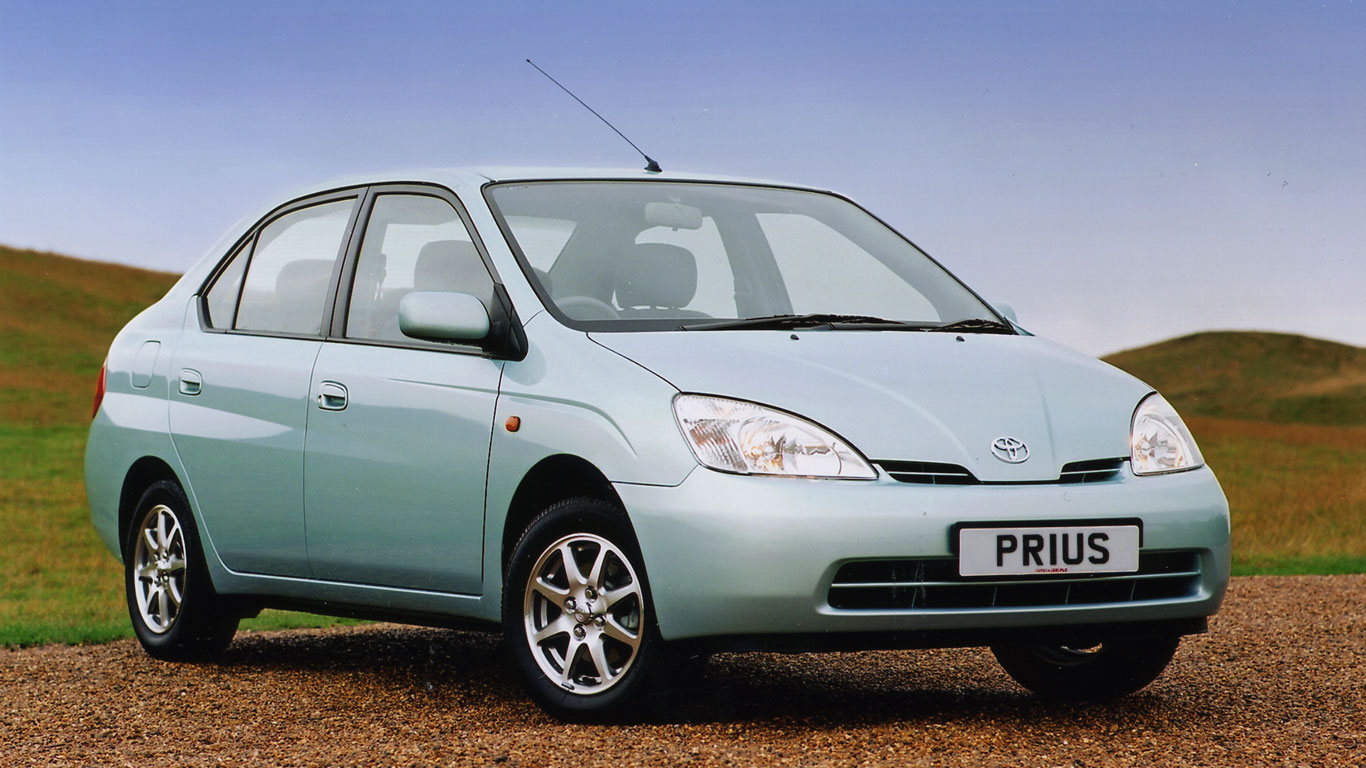 Love it or hate it, the Mk1 Toyota Prius was the world’s first mass-produced hybrid vehicle, laying the foundations for a host of rival products. Its rather humdrum styling belied a technologically advanced setup, along with a drag coefficient of just Cd 0.29. Sales of 123,000 were only half the story – the original Prius proved there was a market for hybrid vehicles, with its name becoming a generic term for the segment. 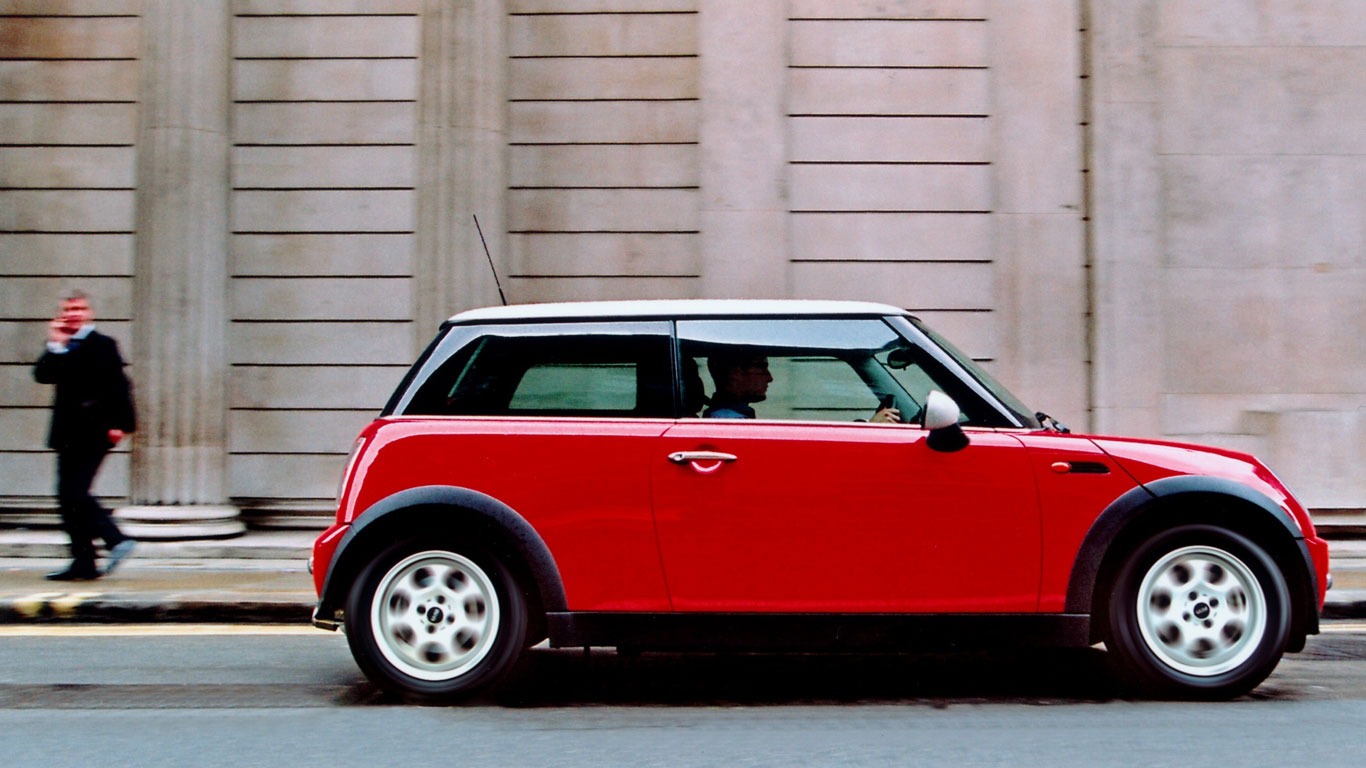 In 1999, the classic Mini was ranked second on the list of the 20th century’s most influential cars, but it’s not eligible for this gallery. Instead, we’re nominating the BMW Mini even if its inclusion will upset the purists. Launched in 2001, the new Mini featured retro styling, a classy interior, keen dynamics and more personalisation options than you could shake a stick at. It wasn’t the first retro-inspired car, but it was the best overall package. The Fiat 500 followed six years later. 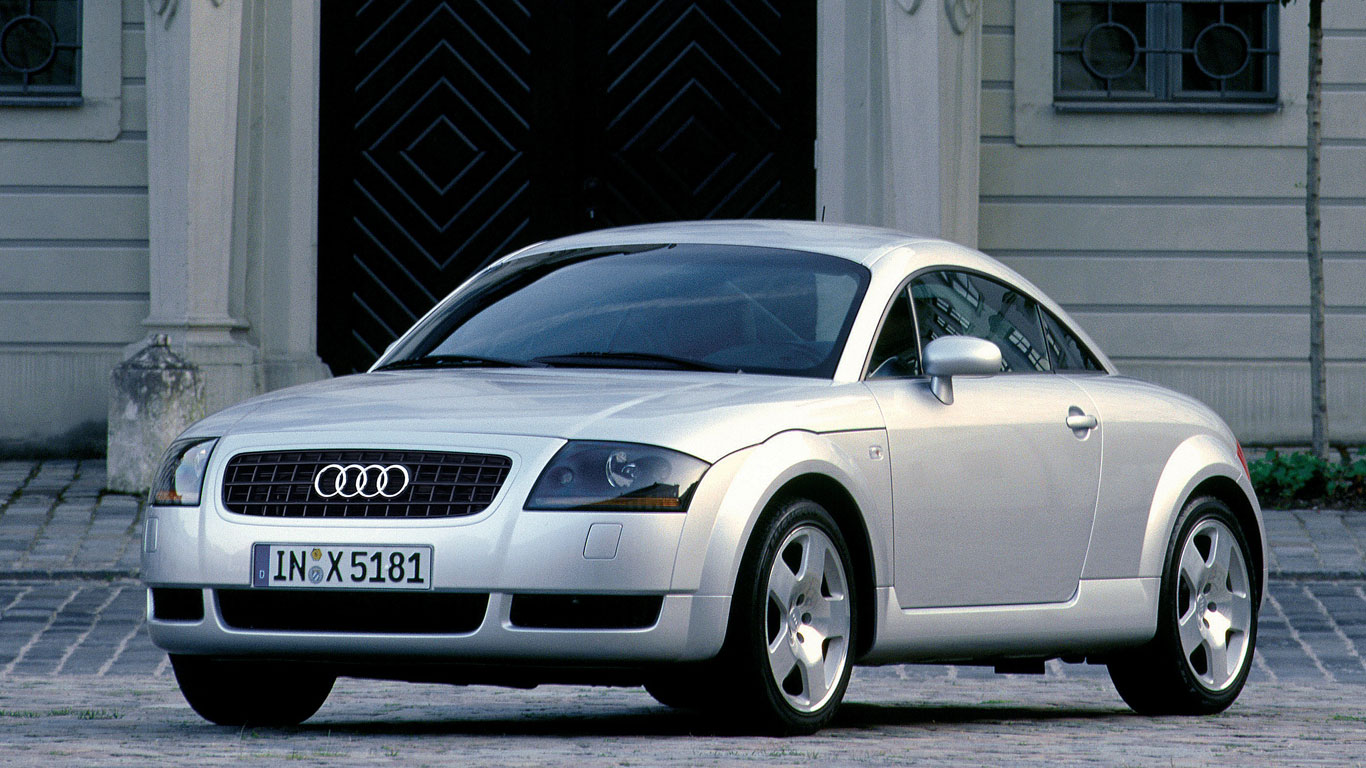 Of the Audi TT, SangYup Lee, Bentley’s former head of exterior and advanced design and current vice president of design at Hyundai, said: “It is very difficult for me to come up with one car that shocked me as much as TT. This was the most influential car when I was a student. I still remember all my classmates, “Have you seen the TT? This car doesn’t have a bumper!” That was sensational back in those days. I remember in the classroom, looking at my classmates’ sketches, somehow they all looked similar to the TT.” 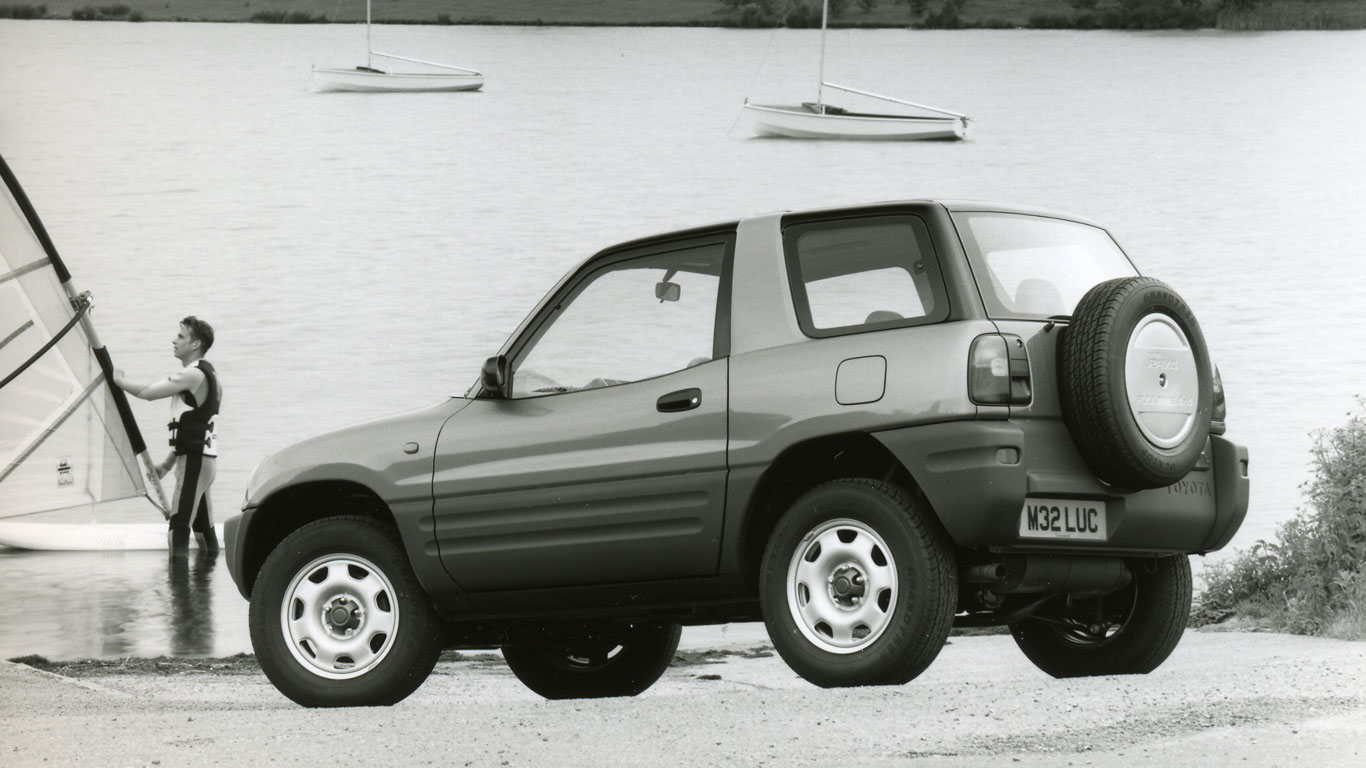 In 1994, the Toyota RAV4 was described by Autocar’s Gavin Conway as “the best-handling off-roader I have driven.” High praise, for what was an automotive pioneer – a crossover before the crossover was even a thing. Sure, there had been plenty of 4x4s before, but the RAV4 combined the high driving position and ruggedness of an off-roader with the handling and dynamics of a hatchback. 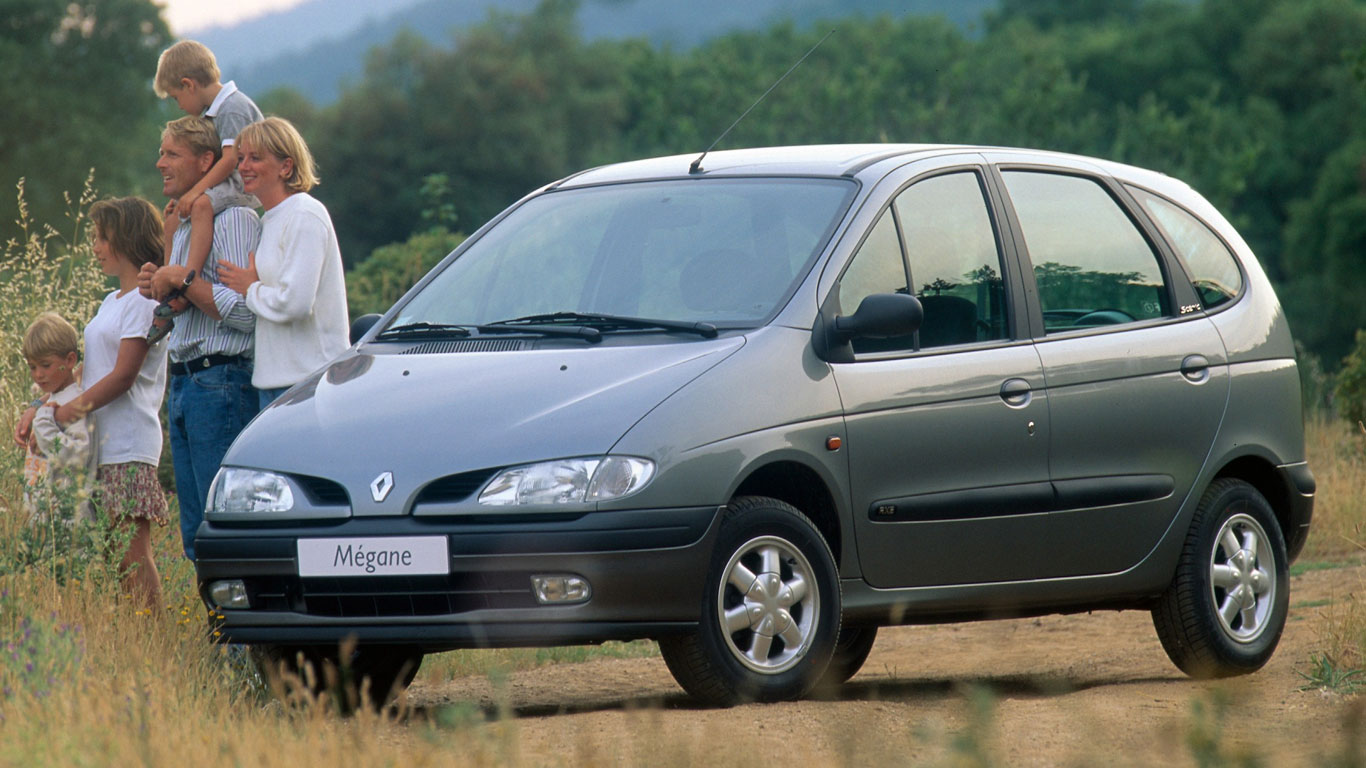 When Renault launched the original Megane Scenic in 1996, it was Europe’s first compact MPV. Developed from the Megane hatchback, the Scenic featured seating for five, space for luggage and a host of storage options throughout the cabin. The designers even called upon their children for help with the interior. Rivals soon followed, including the Vauxhall Zafira, which debuted as a concept in 1997. 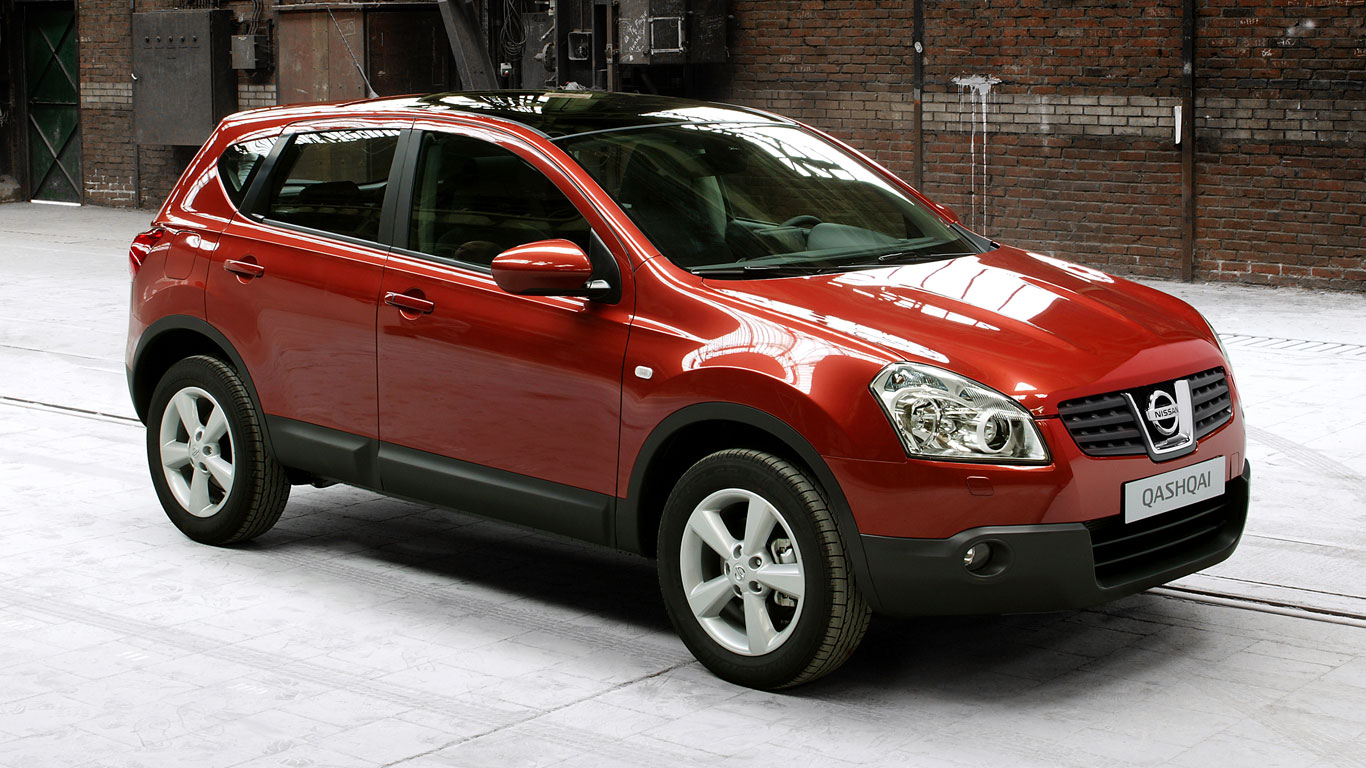 Like it or not, the Nissan Qashqai has secured a place in the big book of motoring history. Nissan began working on the Qashqai as far back as 2002, during the development of a new Almera, but a shift in direction led to the design of a car offering the practicality of an SUV with the efficiency and dynamics of a hatchback. A raft of me-too rivals followed, but the Qashqai remains the country’s most popular crossover. 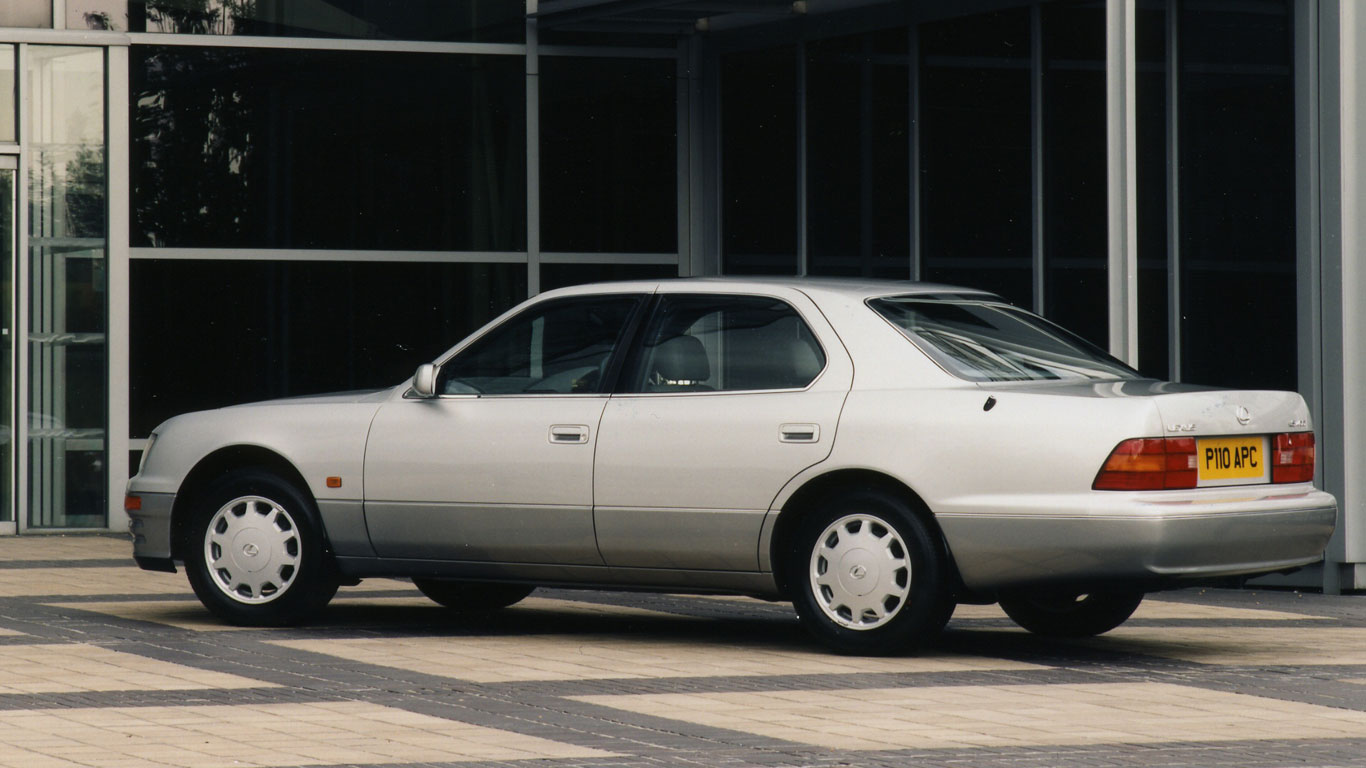 Lexus went to extraordinary lengths in its quest to make the world’s finest luxury car, leaving no stone unturned in its crusade to out-Mercedes the Mercedes-Benz S-Class. In 2012, Car magazine placed the LS400 40th on the list of the 50 greatest cars of the past 50 years, saying it “exposed the contemporary S-Class as unrefined and crudely made: Lexus didn’t so much raise the bar in mechanical refinement and body engineering, as heave it heavenwards. It eclipsed the BMW 7 and Jaguar XJ.” 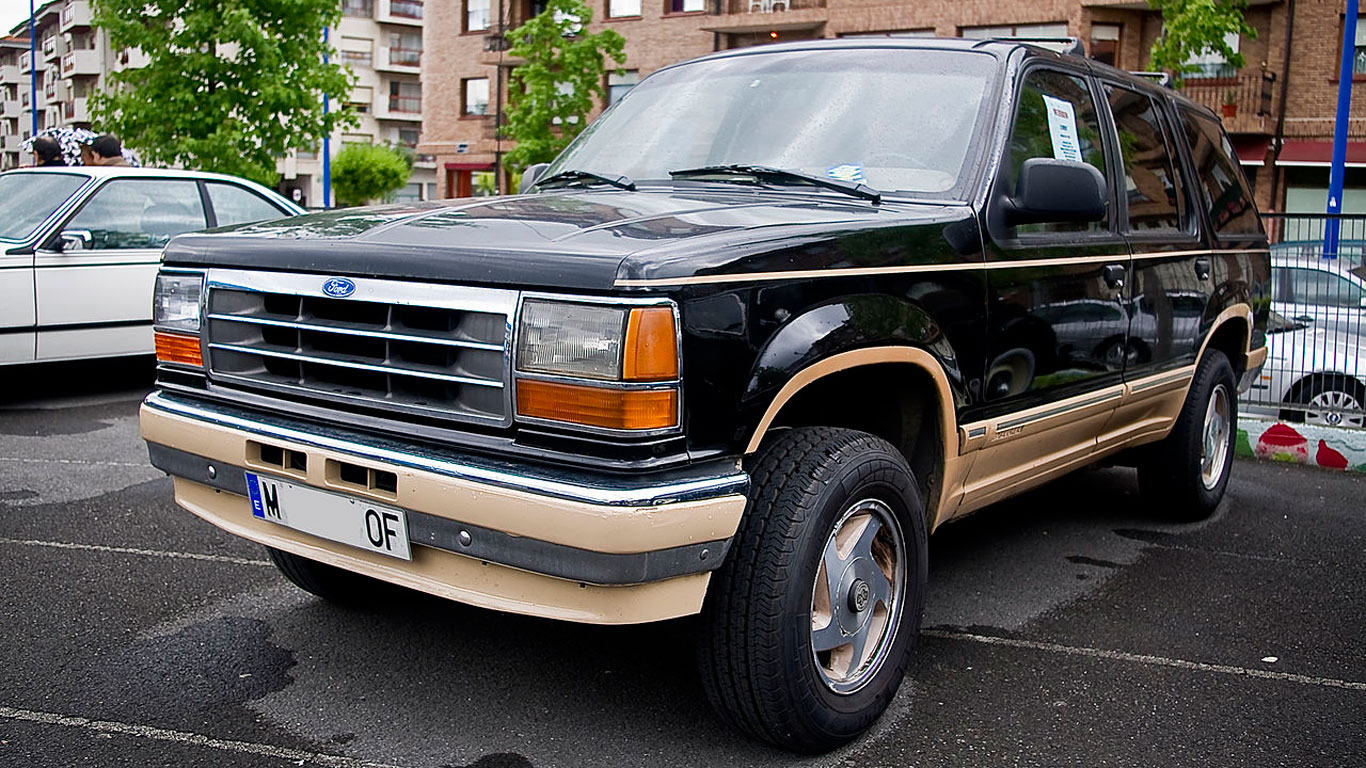 Until the Ford Explorer arrived for the 1991 model year, Americans went about their daily lives in station wagons. No vacation was complete without a heavily-laden wagon – just ask the Griswolds. The Explorer was based on the Ranger pick-up, but unlike its predecessor, the Bronco II, the SUV was available as a four-door, making it more attractive to families. By the mid-90s, it had cemented a position as one of the top 10 best-selling cars in the US. 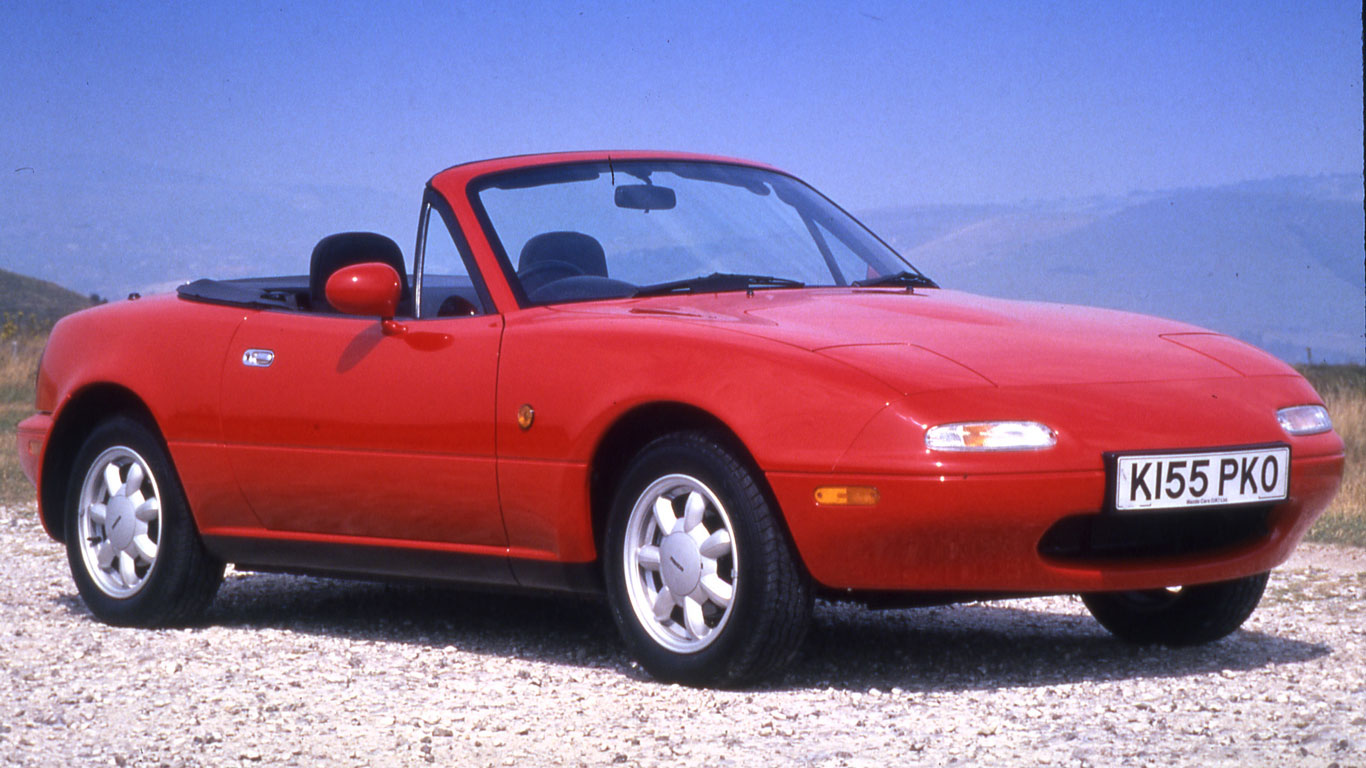 To this day, the answer remains MX-5. Or Miata, in the US. Or Eunos, in Japan. The fact is, the Mazda MX-5 rewrote the small sports car rulebook, taking lessons from the past to create the blueprint for a modern, affordable sports cars. Other manufacturers have tried and failed to replicate its magic. 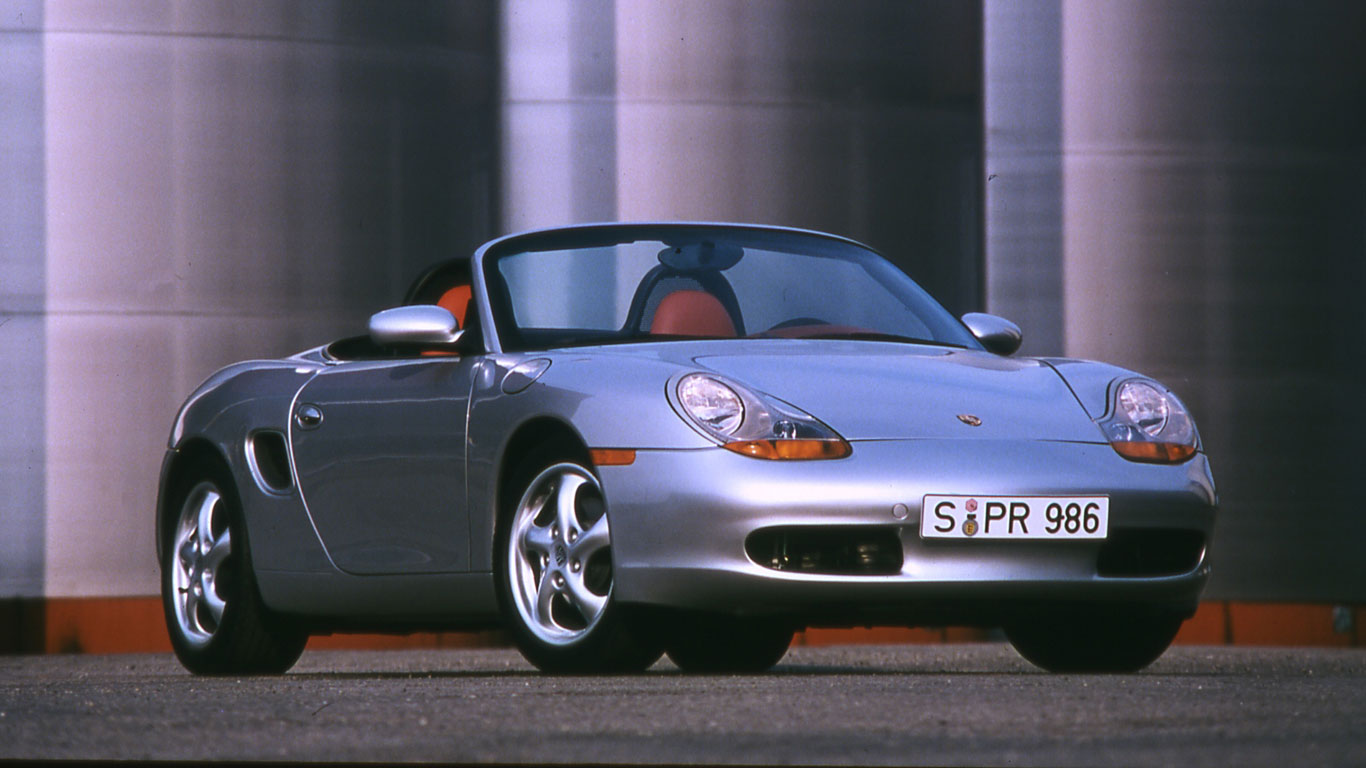 By the early 90s, Porsche was in a mess. Sales were in freefall and the company was too reliant on the 911. It needed a car offering more than just specialist appeal – one that could help it ride out the recession. Step forward the Boxster – a car that would trounce the opposition and show the world how to build a sports car for the new millennium. 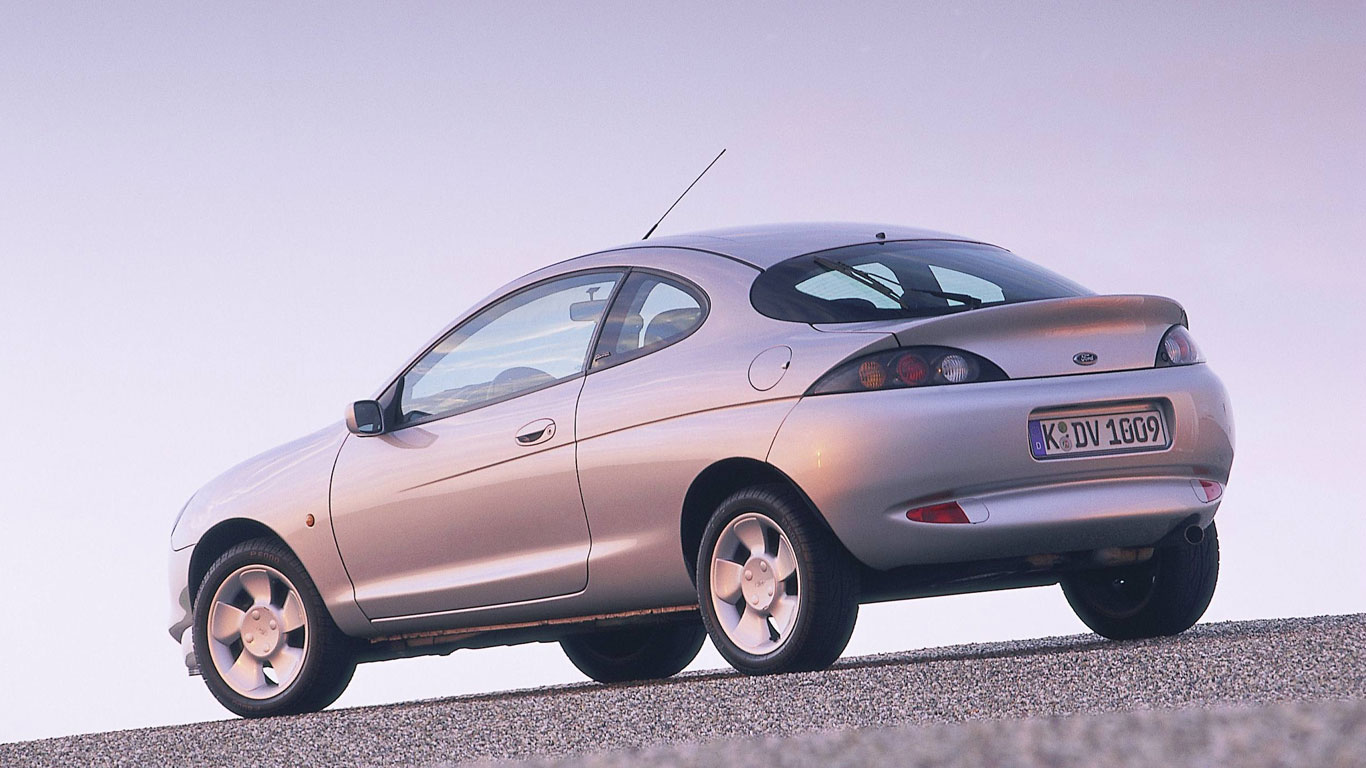 Rumour has it that BMW bought a couple of Ford Pumas when it was developing the new Mini. Why? Because the ‘New Edge’ coupe was arguably the best small front-wheel-drive car you could buy, making it the perfect benchmark for the soon-to-be-launched Mini. In a stroke, the Puma rendered all other small coupes obsolete – sorry, Vauxhall Tigra. 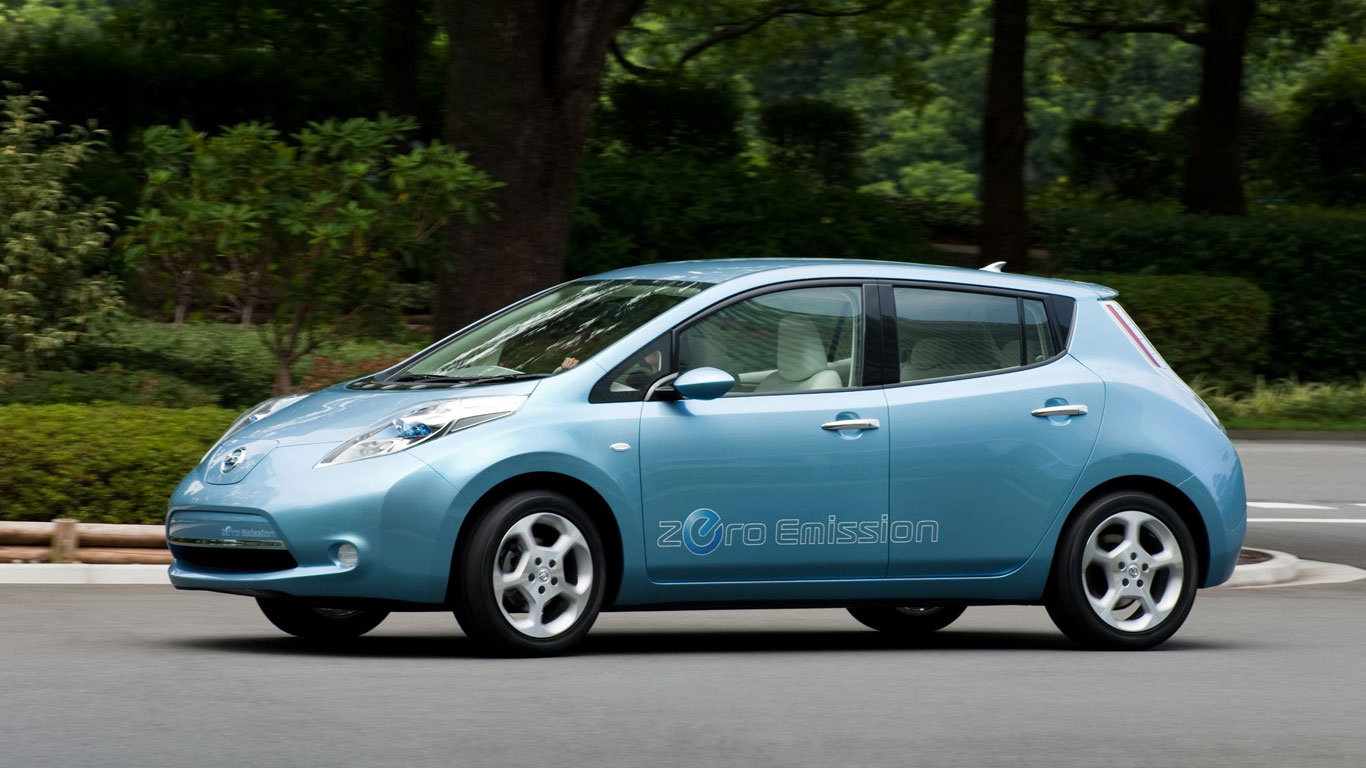 The Tesla Model S might be the glamorous star of the EV segment, but the Nissan Leaf is the volume hero. Designed from the ground up to be an electric car, the original Leaf was spacious, relatively affordable, ‘normal’ to drive and accessible. In January 2018, the company announced that it had sold the 300,000th Leaf, making it the best-selling electric vehicle in the world. Today, a new Nissan Leaf is sold every 10 minutes across Europe. 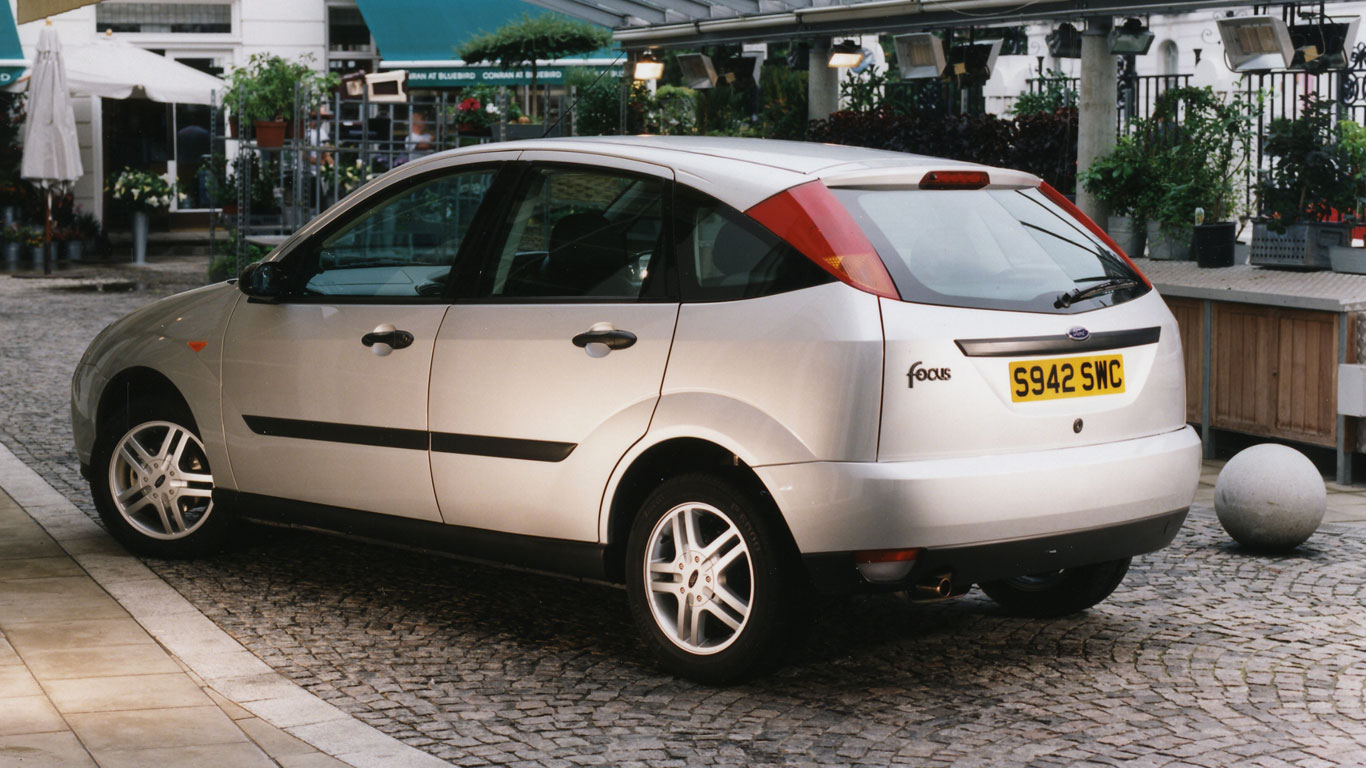 Ford caught the industry napping when it launched the Focus. Even in its most basic form, the Focus was a hoot to drive, propelling the ‘New Edge’ hatchback to the top of the class. By comparison, the Volkswagen Golf felt bloated and unwieldy. What made the Focus even more remarkable was the fact that it replaced the tired and outmoded Escort. Amazing. 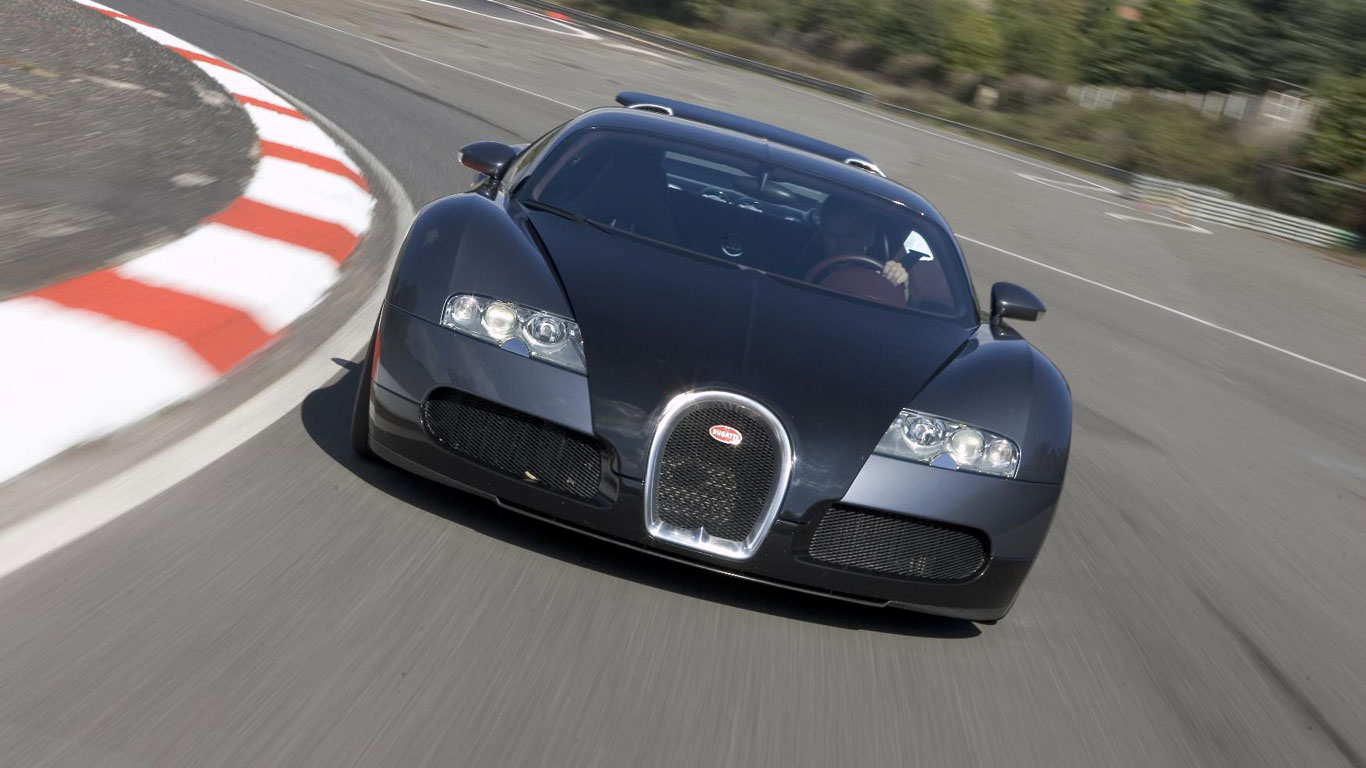 James May described the Bugatti Veyron as “our Concorde moment”, with Clarkson labelling it “the greatest car ever made and the greatest car we will ever see in our lifetime.” It continues to fire our imagination and it remains the go-to supercar of choice for a new generation of young motoring fans. Bugatti’s single-minded pursuit of speed – and the associated records – has encouraged engineers to continue pushing boundaries, and the rest of us to keep dreaming. 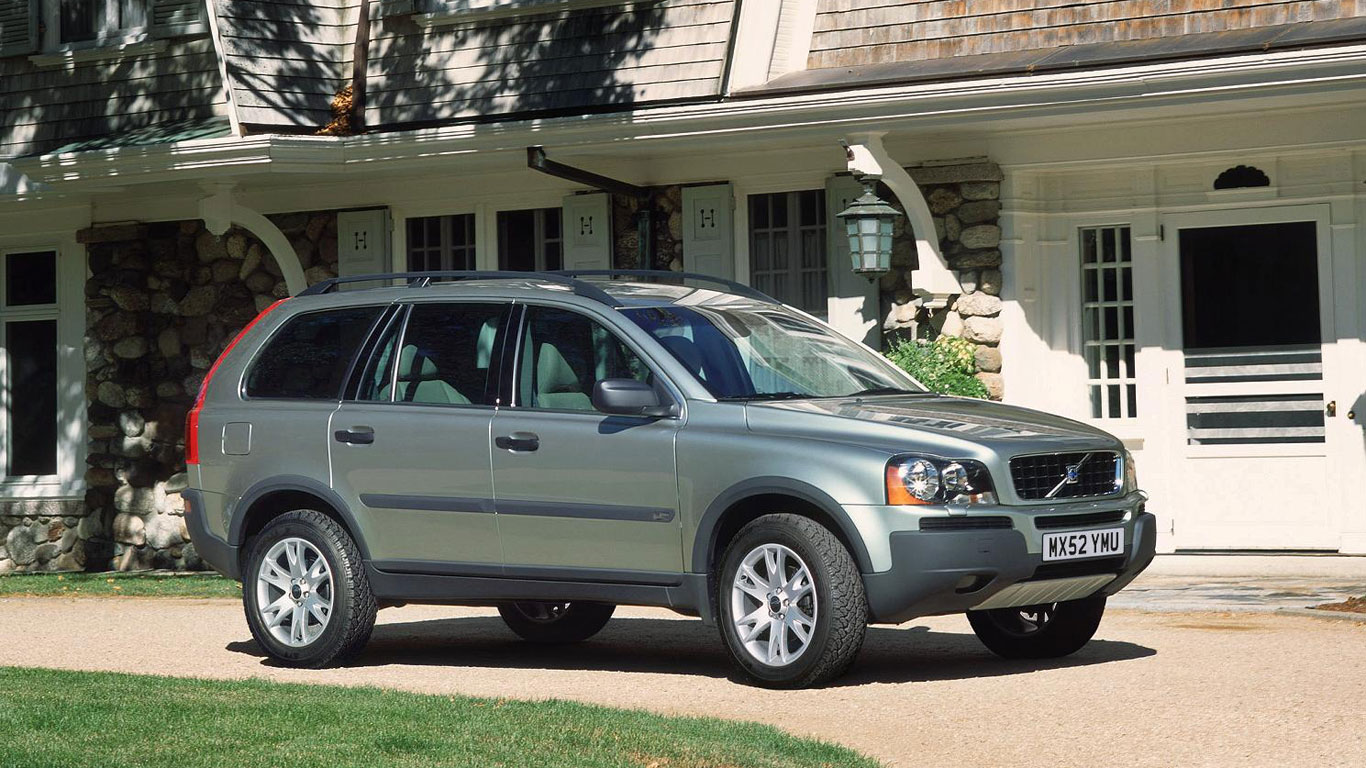 It’s no coincidence that this gallery features more than a couple of SUVs. The Sport Utility Vehicle has replaced the estate car and the MPV as the default choice for family transport, as highlighted by the success of the original Volvo XC90. At the turn of the millennium, Volvo was a brand built on the estate car, but the XC90 changed everything, becoming a hero of countless soccer moms and dads. Today, the Volvo range features no fewer than three different SUVs. 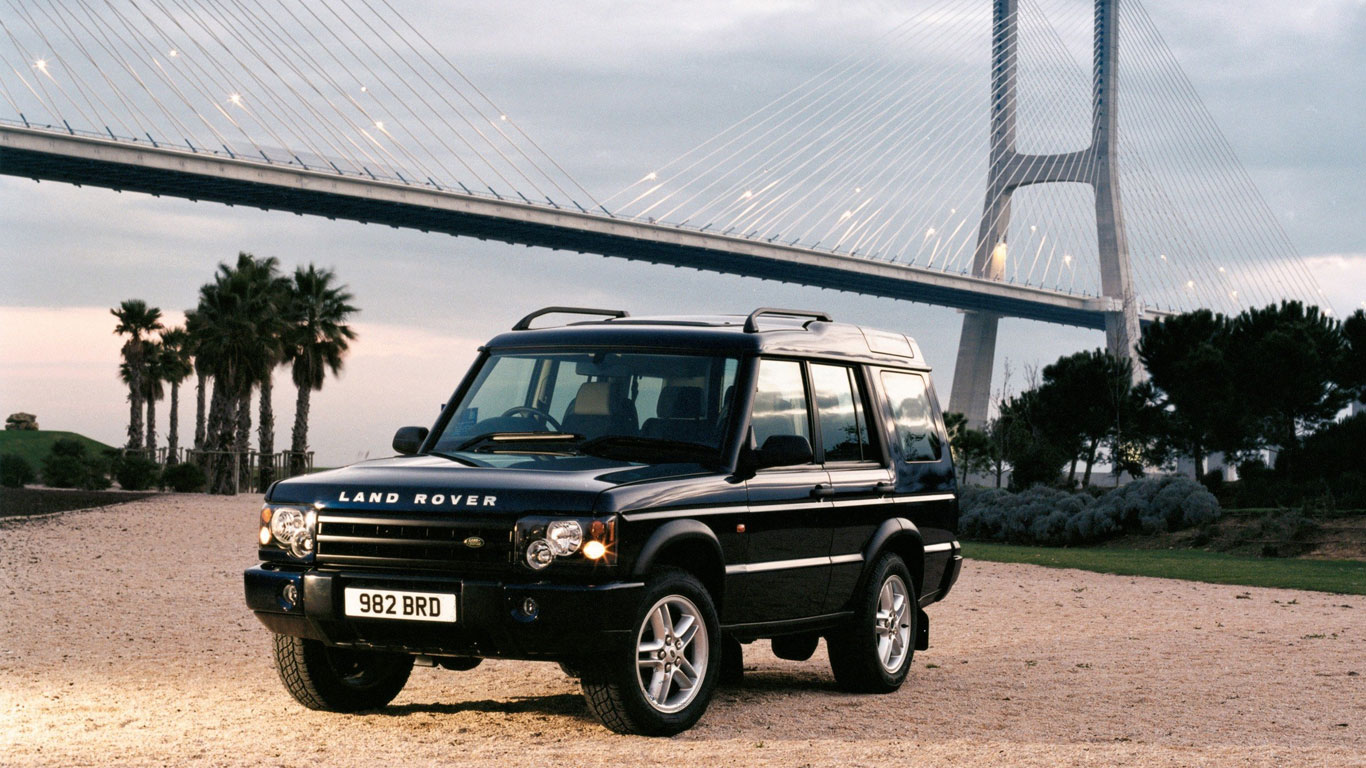 The original Discovery of 1989 was good, but the Discovery II was a quantum leap forward. It looked like the Disco I, but Land Rover – now under BMW ownership – was heavily revised, with a tweaked chassis and changes to almost every body panel. Safety was improved, the side-facing seats were good for more than just occasional use, and it felt more luxurious than before. In short, it had become the posh 4×4 to beat. 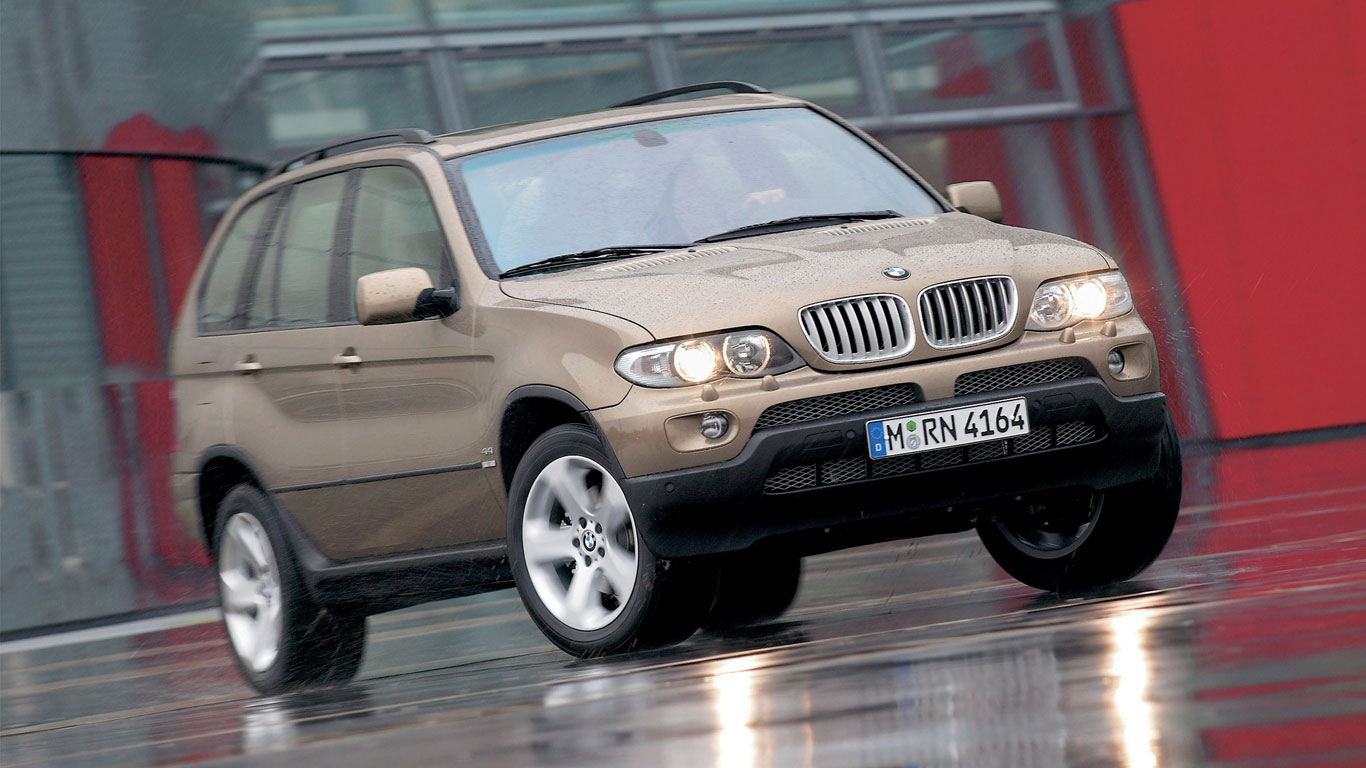 BMW had learned a great deal during its ownership of Land Rover, which is why the X5 was such an accomplished SUV. Actually, BMW decided to launch it under an entirely new category – Sports Activity Vehicle (SAV). In other words, it offered the luxury of an executive saloon, the performance of a sports car and the off-road capabilities of an SUV. 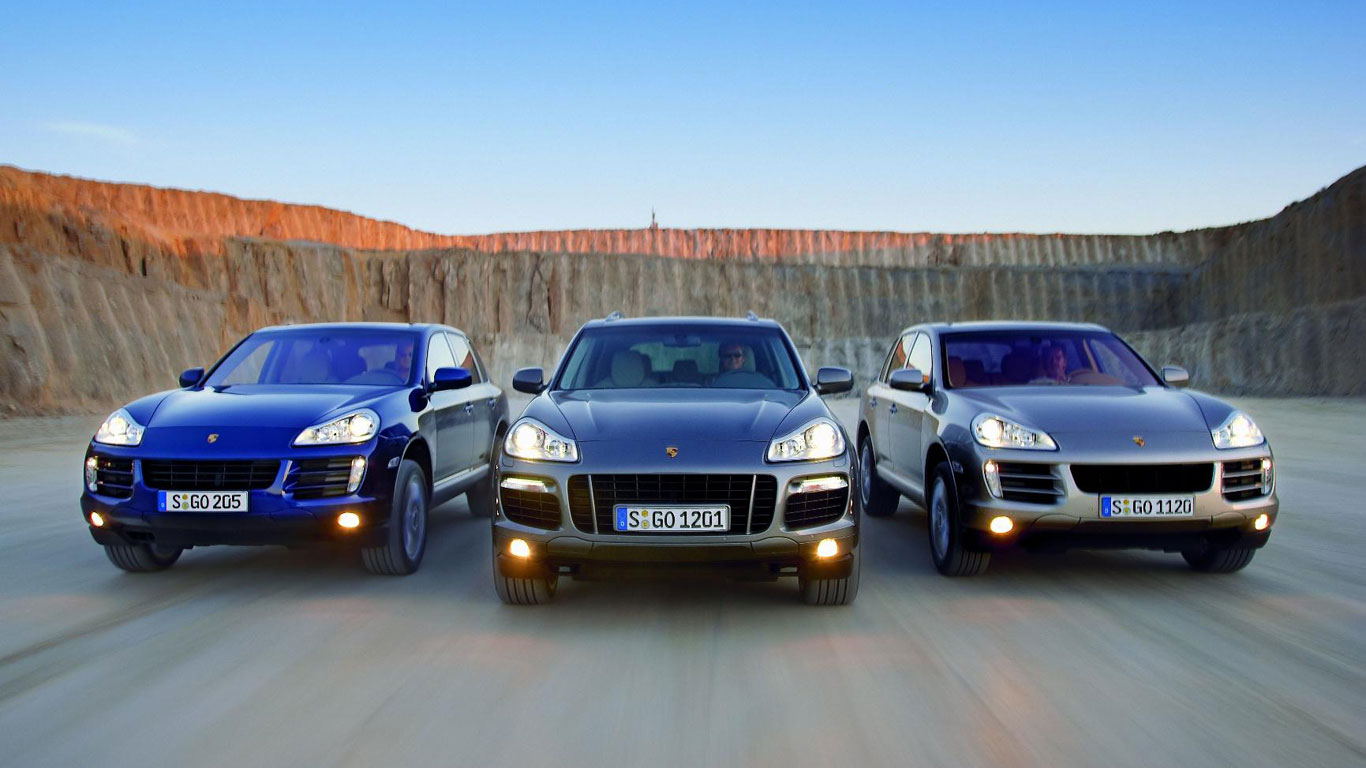 Anything BMW can do, Porsche can do slightly differently. The Boxster may have saved the company, but the Cayenne secured its future, opening the brand to a new audience and generating the profits required in order to do crazy things with 911 models. Without the Cayenne, there might not be a pick ‘n’ mix of Porsche models to choose from today. 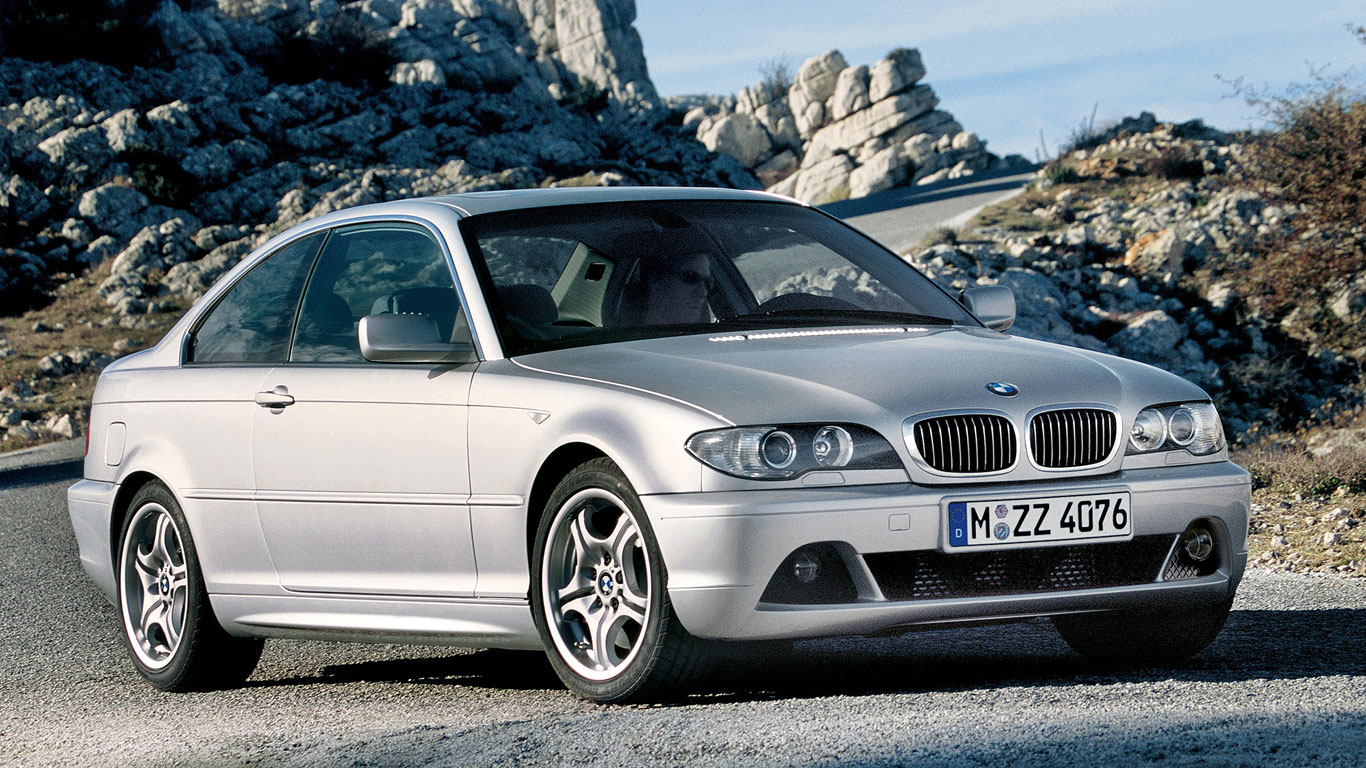 If you don’t believe the BMW 3 Series is influential, wait until the Paris Motor Show and the number of headlines, features and column inches dedicated to the world’s most popular premium saloon. Make no mistake, Mercedes-Benz, Jaguar and Audi will be keen to get their hands on the new 3er, which, we suspect, will remain the class leader in terms of dynamics and driver appeal. 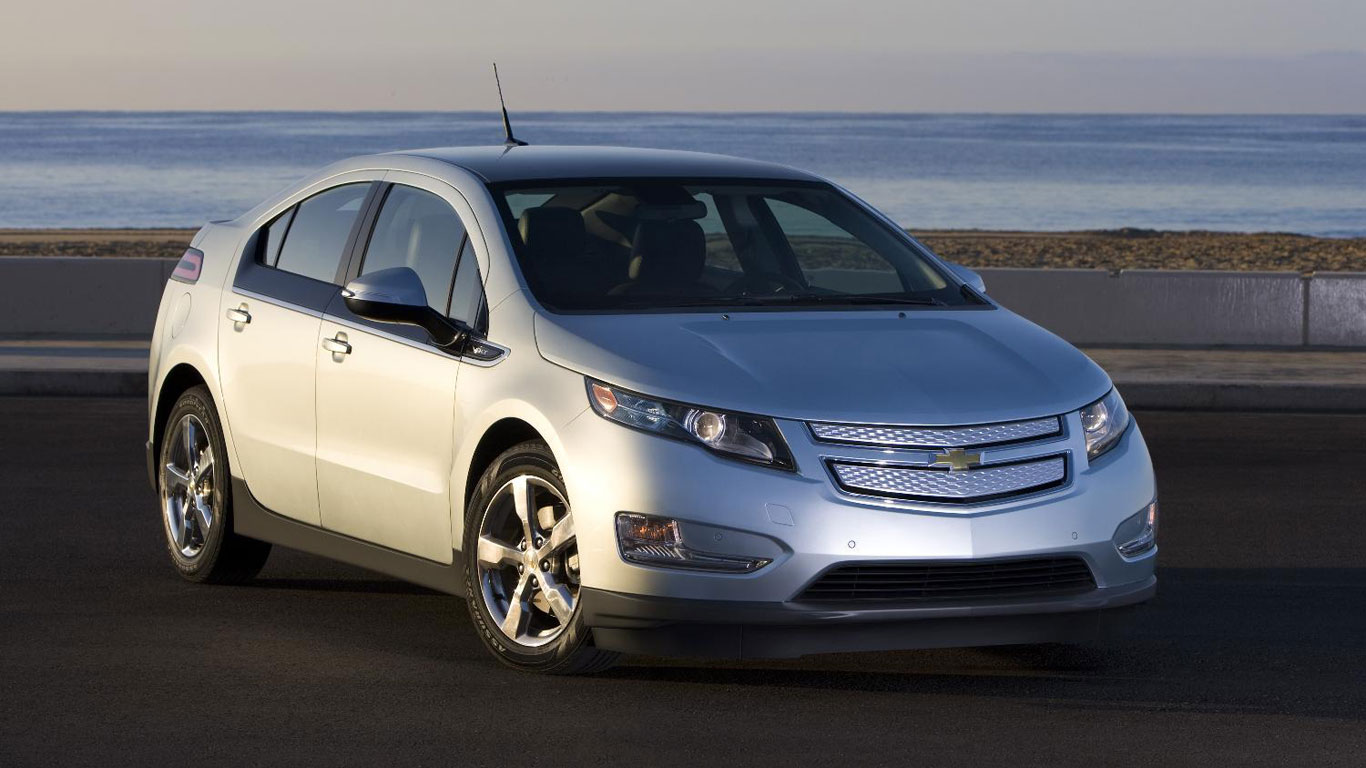 The Chevrolet Volt – along with its badge-engineered sibling, the Vauxhall Ampera – was the world’s first plug-in hybrid built by a volume manufacturer and should have been a springboard to greatness for GM. That it was a commercial flop shouldn’t take anything away from its influence on the segment. And, let’s remember, the Volt arrived at a time when people were still getting used to the idea of batteries and plugs. If nothing else, the Volt will have influenced the development of the Bolt – Chevrolet lost money on every Volt it sold. 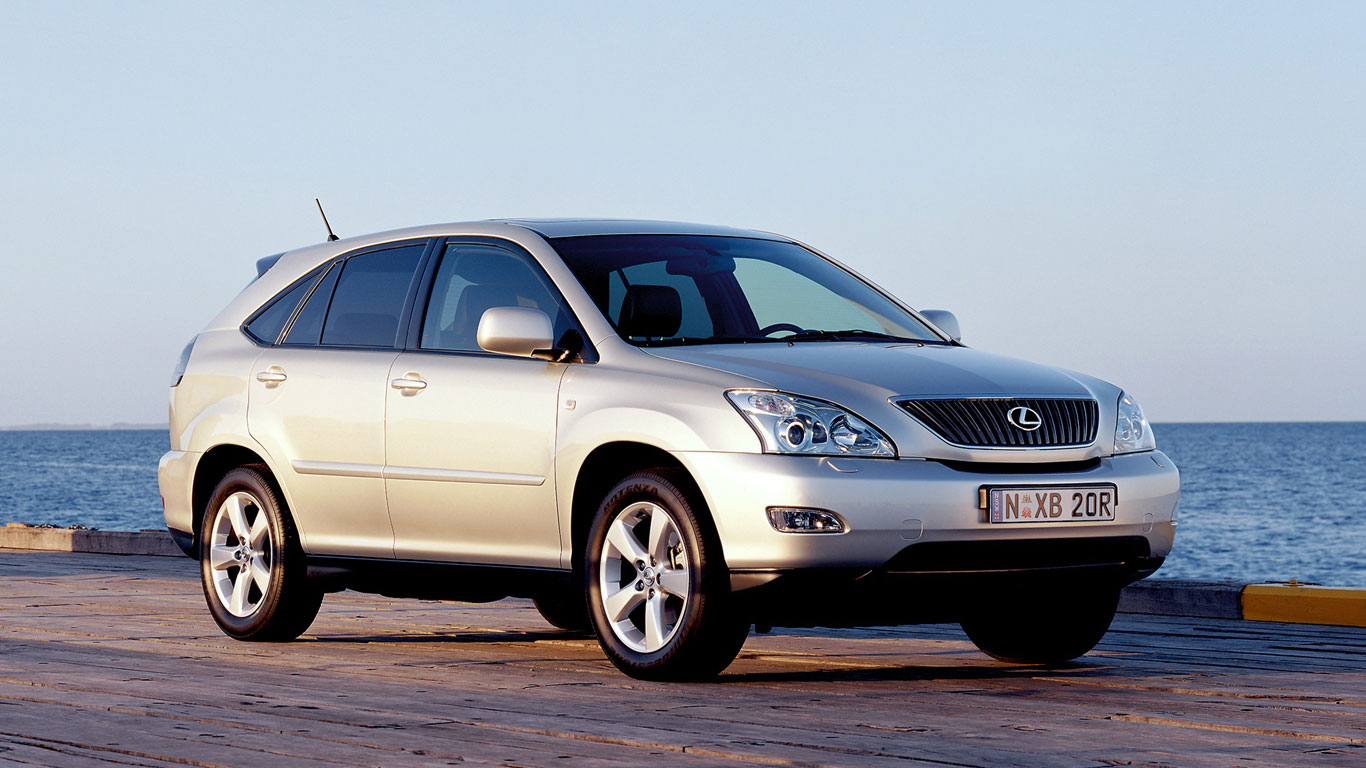 In 1997, Toyota unveiled the Sport Luxury Vehicle (SLV) concept at the Chicago Auto Show, with the production car debuting as the Toyota Harrier in December 1997. The following year, it was exported as the Lexus RX 300, and soon became the best-selling vehicle in its line-up. It was one of the first examples of a premium crossover and proved to be particularly successful in the US, where it was the only car to be seen in for image-conscious soccer moms and dads. 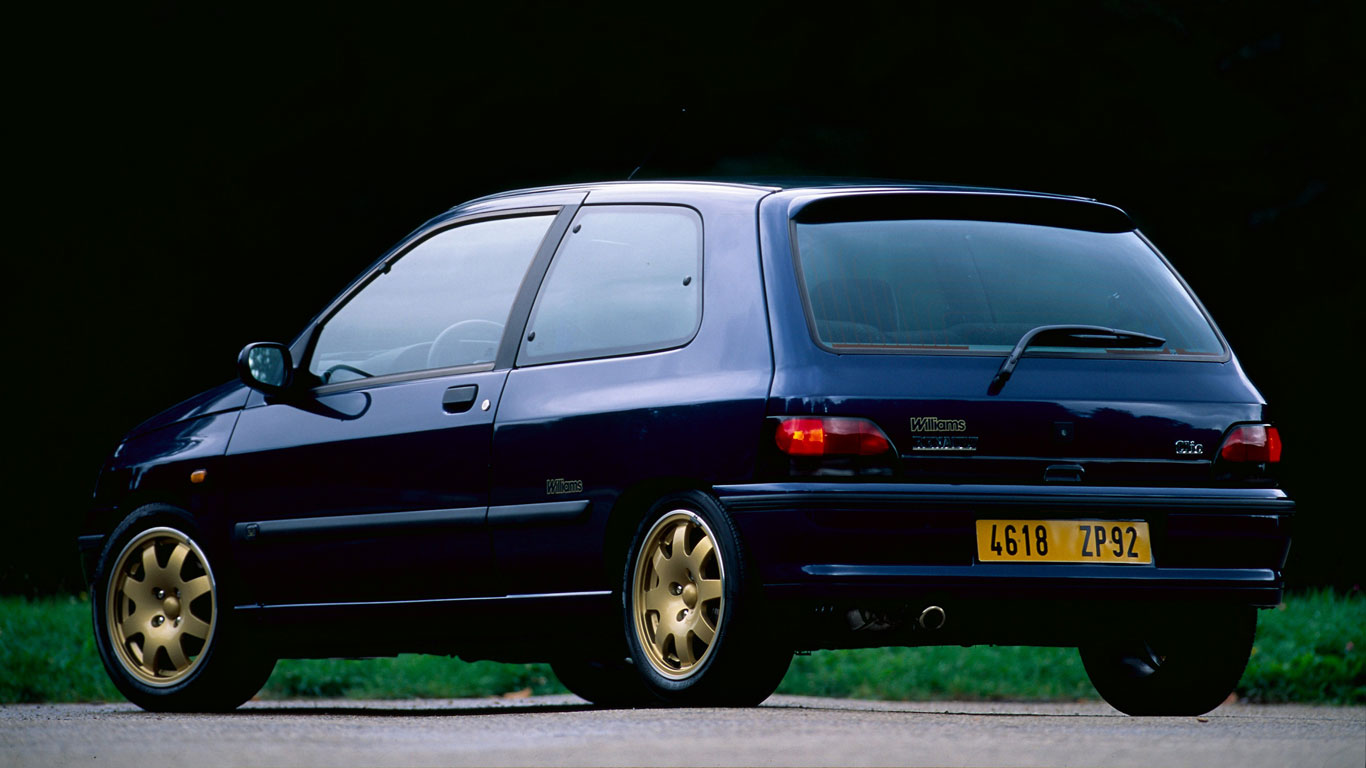 The Renault Clio Williams was the definitive hot hatch of the 90s, and it laid the foundations for a future of Renault Sport products. It’s thanks to the ‘Willy’ that the the likes of the Clio 172 and 182 exist. And for that, we must be thankful. 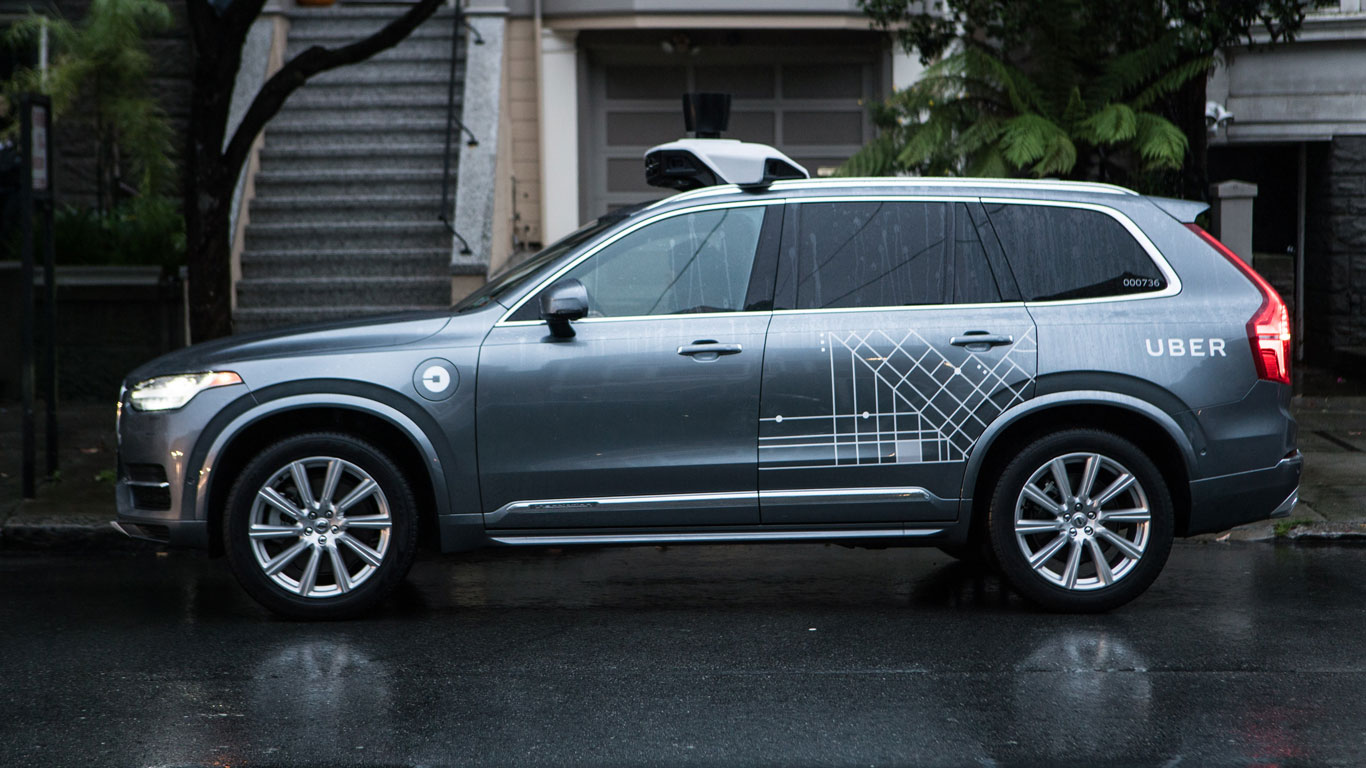 Autonomous cars and ride-hailing apps – who knows what the future might hold? The Uber cab you took into town on Friday night might be playing a part in the next development of the motor car. In 10 years time, you might not be driving at all…