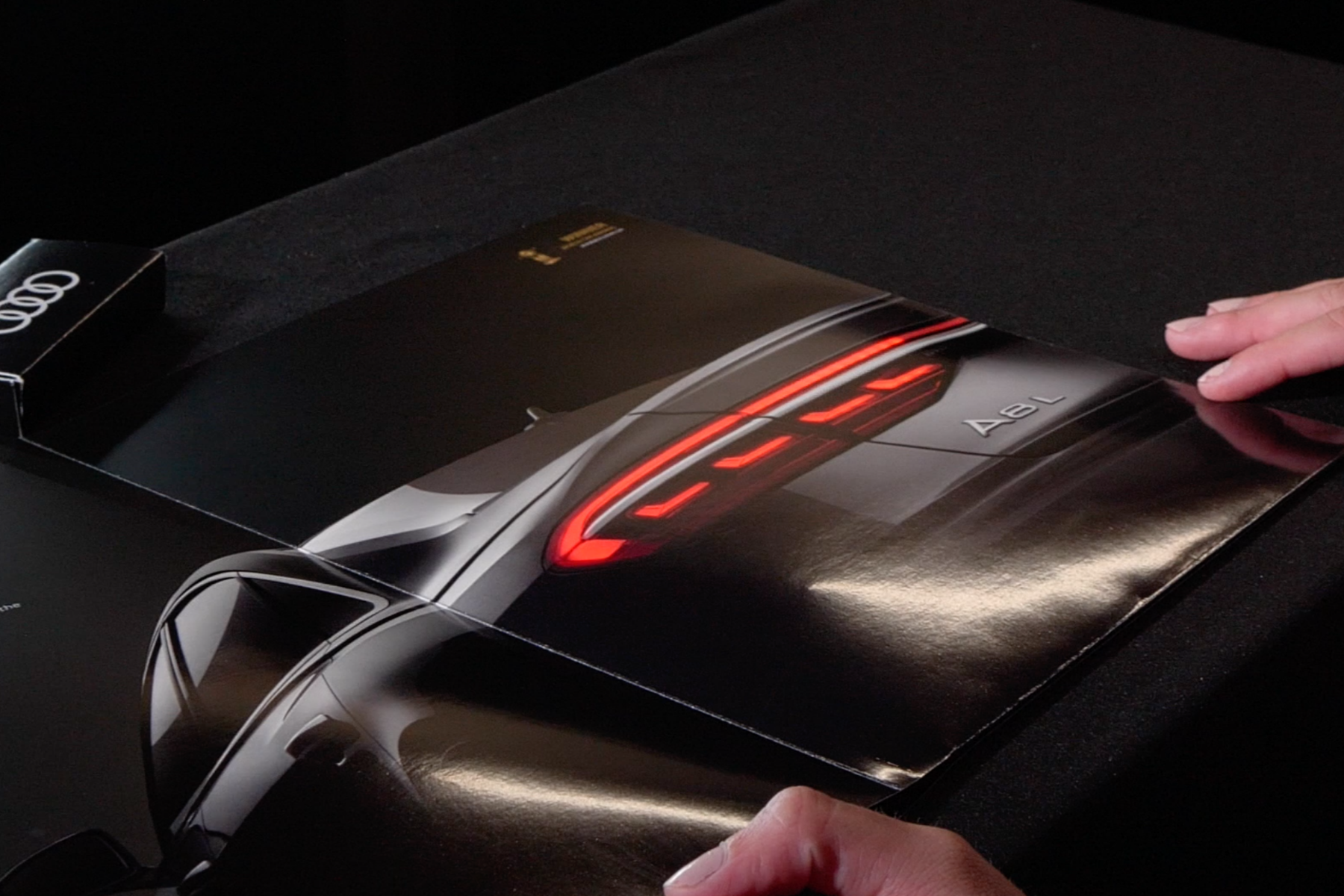 Audi has worked with the high-end Departures magazine for a unique, interactive piece of print advertising in the U.S. featuring an A8… with working lights.

Yes, that’s right. The page comes alive. How? With the magic of OLED lighting and a ‘key’, you can unlock the A8 on the page. The same lighting signature on the real Audi A8 springs to life on the page. We genuinely have never seen anything like it.

Departures is an exclusive magazine that goes out to American Express platinum card members, of which 25,000 have been specially selected to receive this ad.

Alongside the special insert, Audi has provided a replica key fob, sent via mail, that can be used to activate the lights of, or ‘unlock’, the A8 (the 2018 World Luxury Car of the Year) on the page. The balletic lighting sequence that new high-level Audis feature – the ‘greeting’, as Audi calls it – then unfolds on the page. It also does it as you open the booklet – you use the key for a repeat performance.

How does it work? With an ultra-thin microprocessor sandwiched between the card of the insert that controls the rear light-imitating OLEDs.

The real cleverness of this advert is the fact that not only is the print-and-digital-merging ad itself amazing, but that the real car features similar boundary-pushing technology.

Audi has arguably led the automotive lighting arena since the gradual roll out of LED and Matrix LED headlights. The latest technology in car lighting, organic LEDs, now feature in the A8’s delectable lighting architecture and help this advert come to life.

Very clever stuff. We’d be prompted to go take a test drive based on the ad, that’s for sure. How many Departures readers will be similarly won over?