Fuel prices fluctuate regularly, but they also vary from one petrol station to the next. Here’s our actionable guide to finding the cheapest fuel near you. 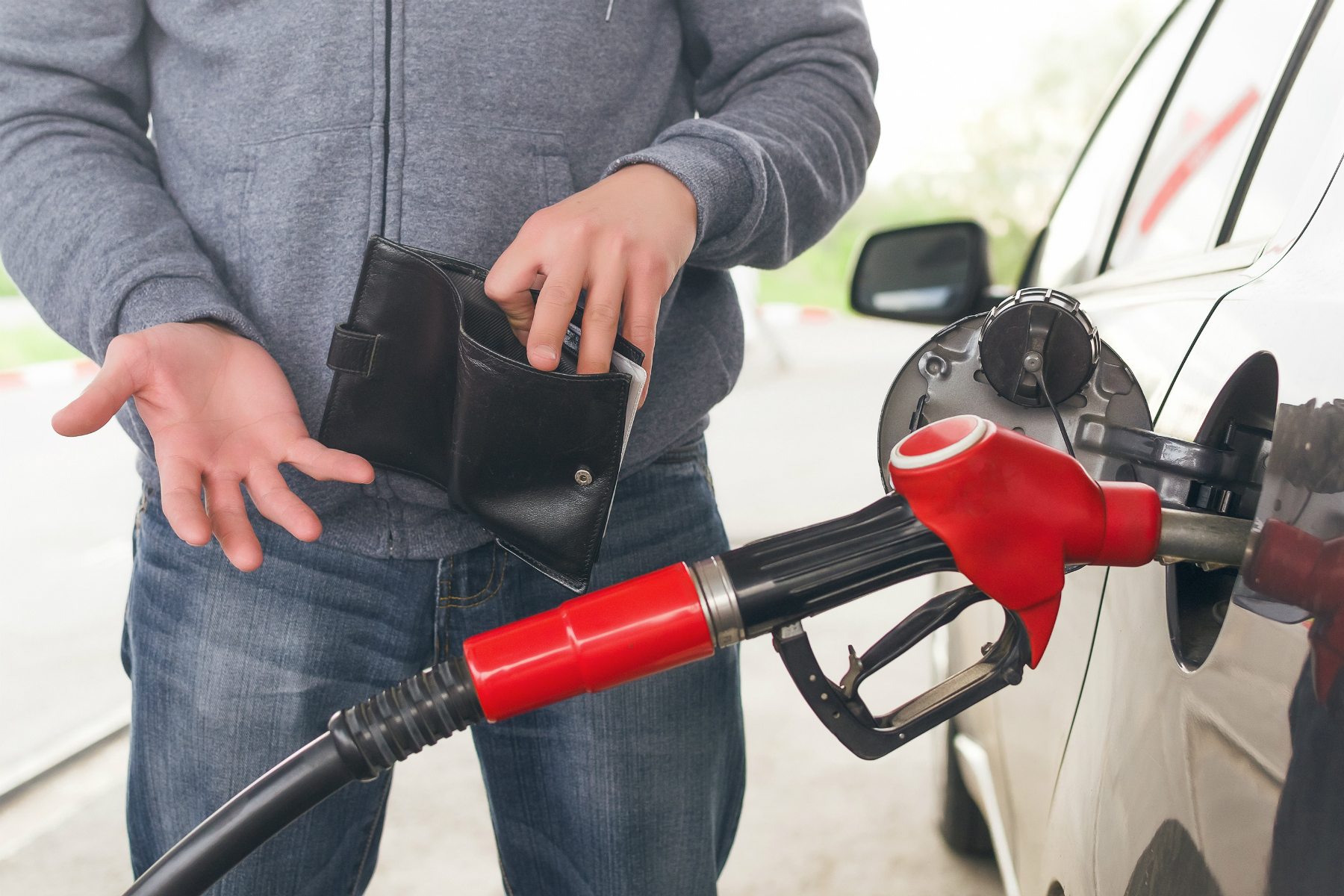 The coronavirus crisis was predicted to bring fuel prices down, due to a collapse in the price of oil.

However, while there was initially a big drop in the pump price of petrol and diesel, decreases have stalled in and in some areas, they’re actually edging slowly back up.

Happily, there are a number of ways you can track down the best deals, making savings despite pump prices remaining stubbonly static.

Here’s our complete guide to finding the cheapest petrol and diesel near you.

Latest petrol and diesel prices in the UK 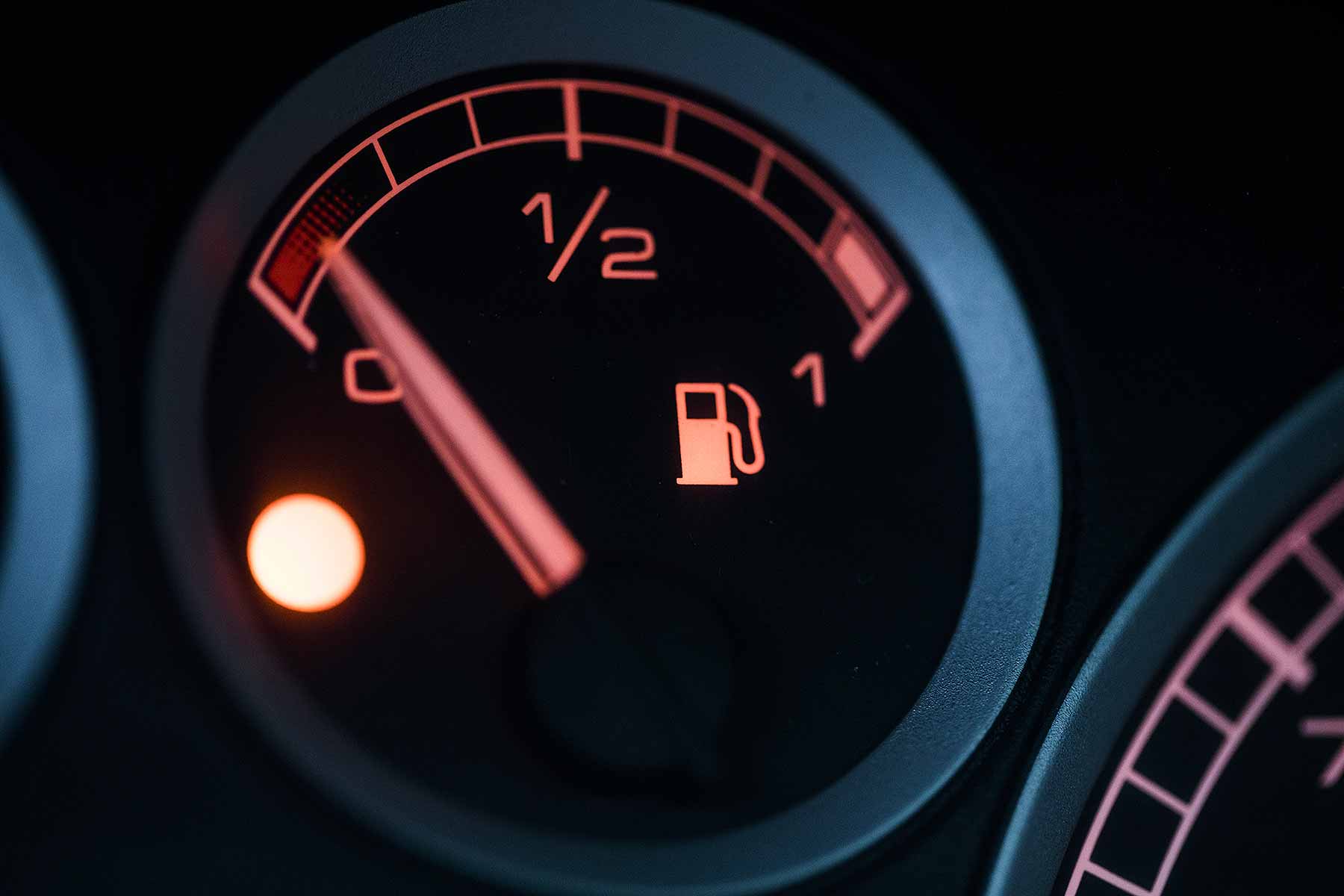 First, let’s set a baseline. What are the average prices for petrol and diesel in Britain right now? The RAC has a Fuel Watch tool that reveals all.

As of August 2020, diesel is 118.5p per litre, unleaded petrol is 114.8p and super unleaded is 129.1p. The RAC says petrol is very likely to decrease in the coming weeks, although there’s no change forecast for diesel.

So there’s your target petrol and diesel prices right now. Let’s see how to get the cheapest fuel near you… 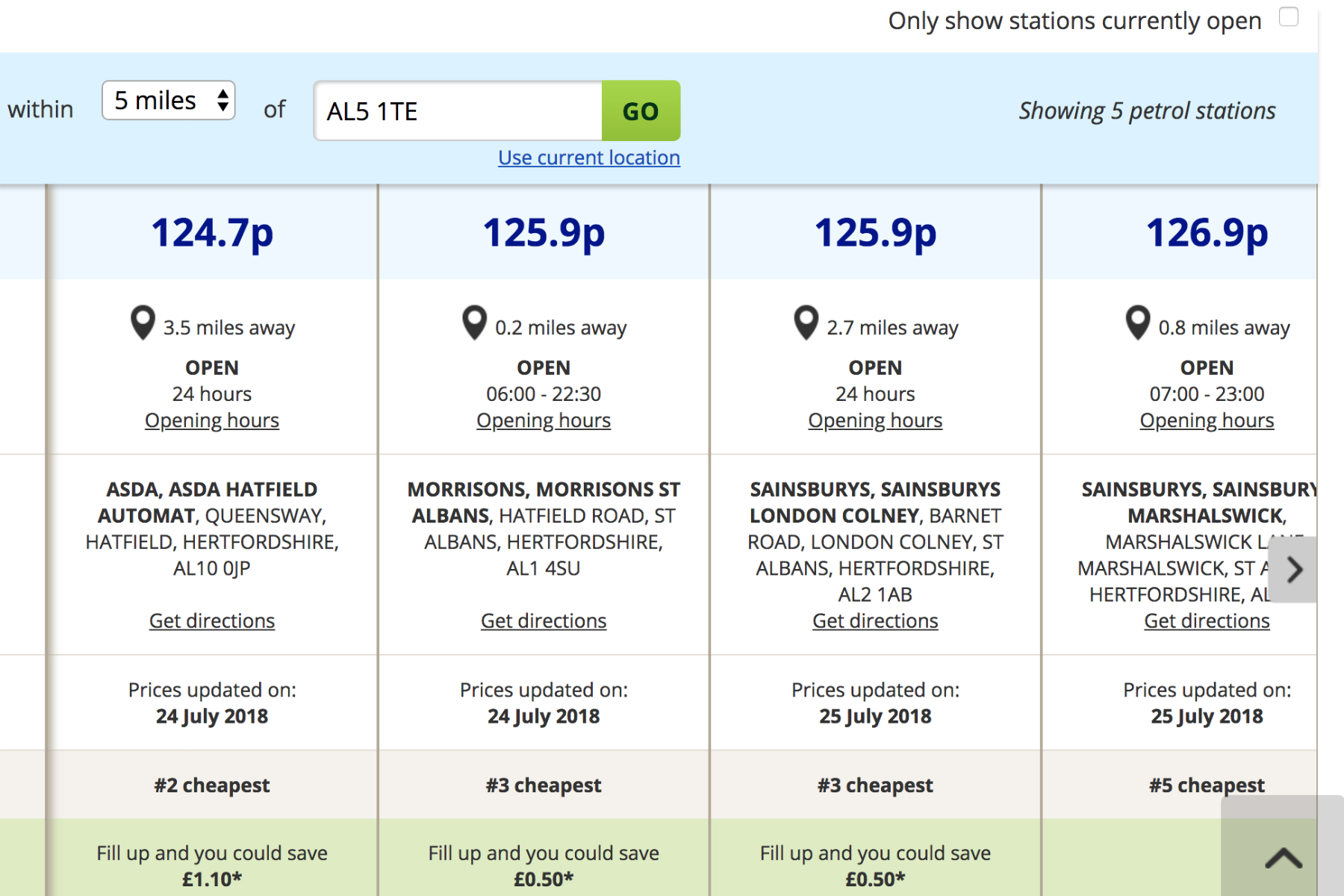 We mean that in the actual Confused.com sense, and its dedicated cheapest fuel price finder near you tool.

Sign up for free, pop in your postcode, tick whether you want stations that are open at that particular time and away you go. It’s a clean and crisp facility. The semi-regular weekly update can catch you by surprise price-wise if there’s a sudden hike in between updates.

By and large, the cheapest stays the cheapest, though, regardless of universal hikes. One thing none of these facilities can do is keep prices down. The main drawback really is that you’ll have to search for your chosen watering hole on a map separately. 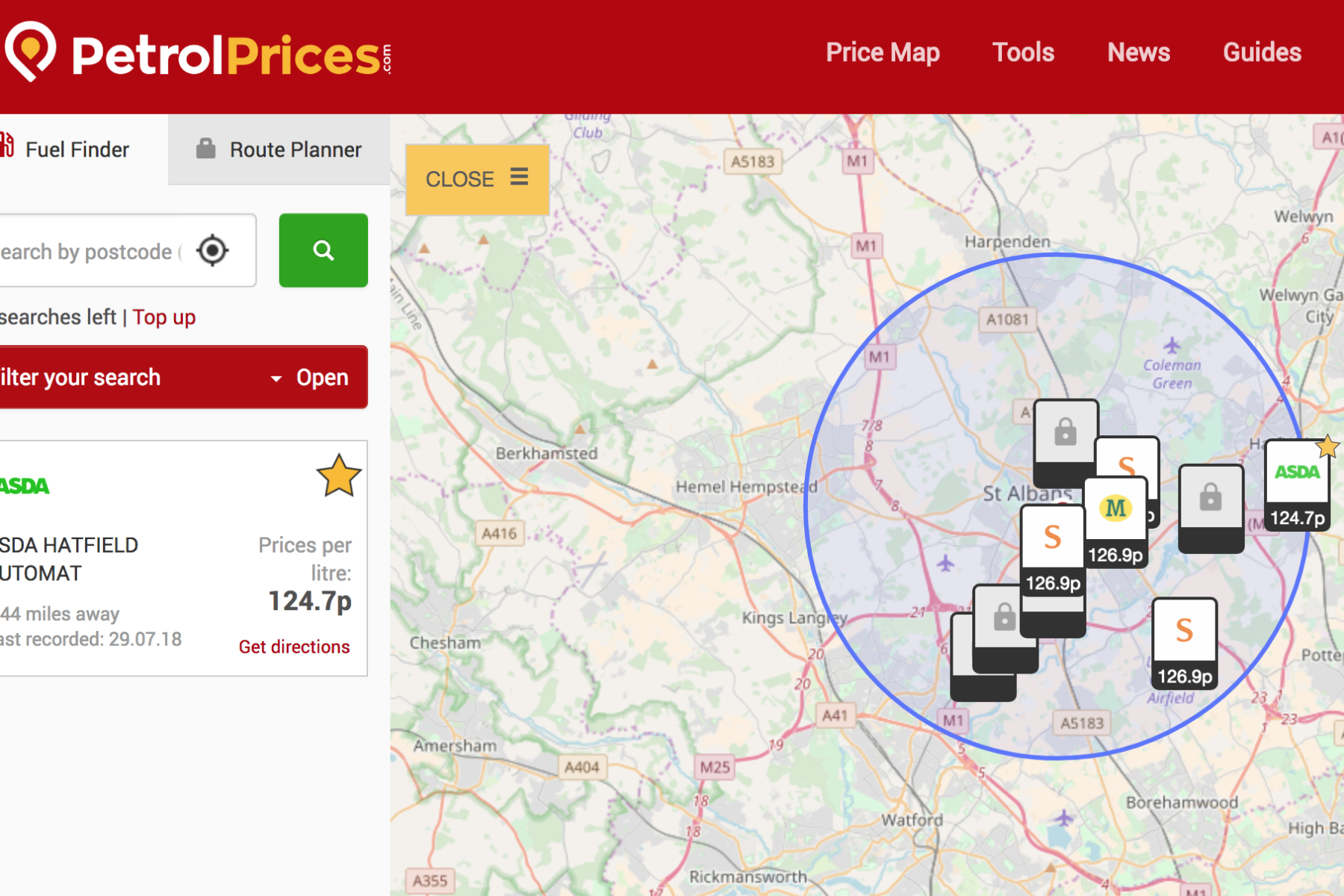 That’s where Petrolprices.com comes in, in a manner of speaking. Like Confused, you plug in your postcode but the filling stations come up on a map within a radius around your chosen postcode. It seems to be the best of the website-based facilities that feature a map.

Where Petrolprices falters is in its clunkiness (we suspect due to the ads) and the fact that to get rid of them, it’s a £20-a-year subscription as standard. Whats more, some of the fuel stations, while marked out on the map, are kept anonymous. It’ll only show you all of them if you get that subscription. You may prefer to use Confused.com and search the station on a map. 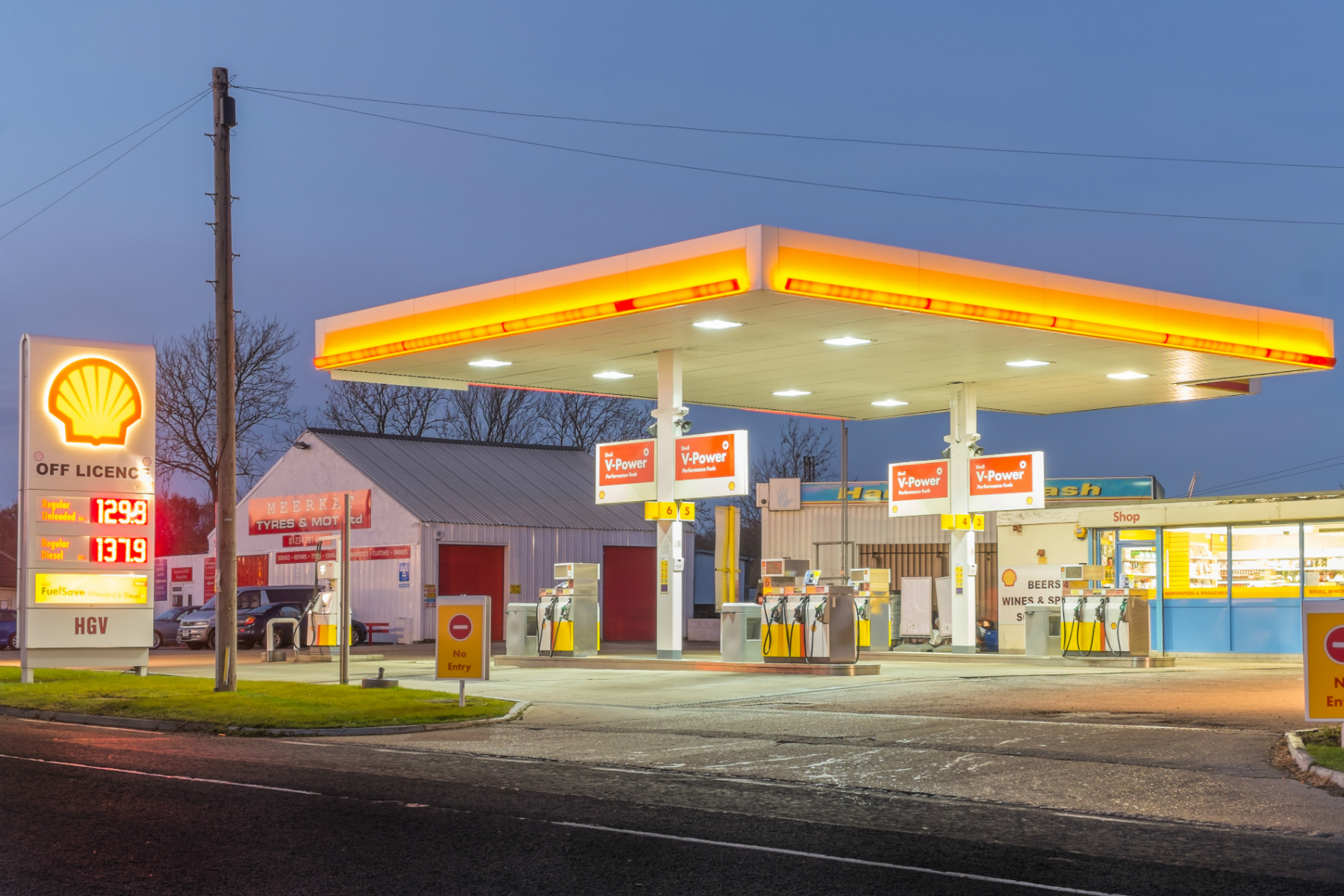 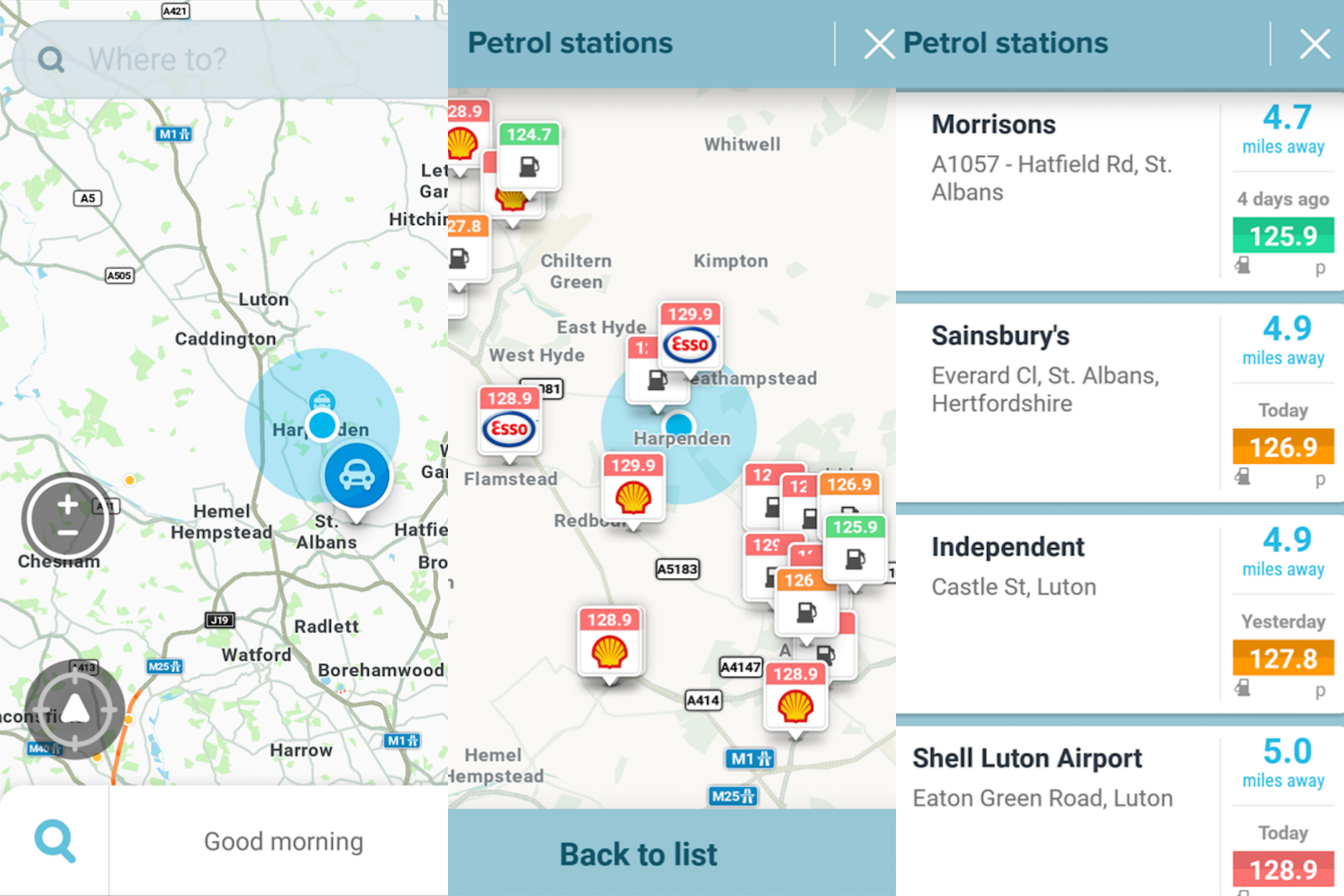 Waze is a free user-supported navigation app for iPhone and Android. Accident alerts, roadworks, camera locations and more are fed in as contributions from people using the app, thereby keeping information up to date for the entire user base in that local area.

That user contribution-based system isn’t limited to route planning, either. One incredibly useful feature is the fuel station finder complete with, you guessed it, prices to match. If the BP up the road from your hotel is a bit heady at 129p a litre, Waze might show you a Tesco five miles away that’s down at 124p. We are quite literally dealing with pennies here, but if you have a long journey ahead, you’d save £2.50 on a 50-litre fill-up.

What are the drawbacks? Well, depending on where you are, the user-supported nature can be patchy. In busy urban areas, it’s great. Savvy commuters are always online, keeping the app’s information fresh on all of the above, including fuel prices. Find yourself further out in the sticks, however, and it falters. The user base is Waze’s most precious resource and if that dries up, well, so does Waze. The ads can get irritating, too, but ads make the world go round!

Regardless, it’s a handy first port of call to have installed on your phone. 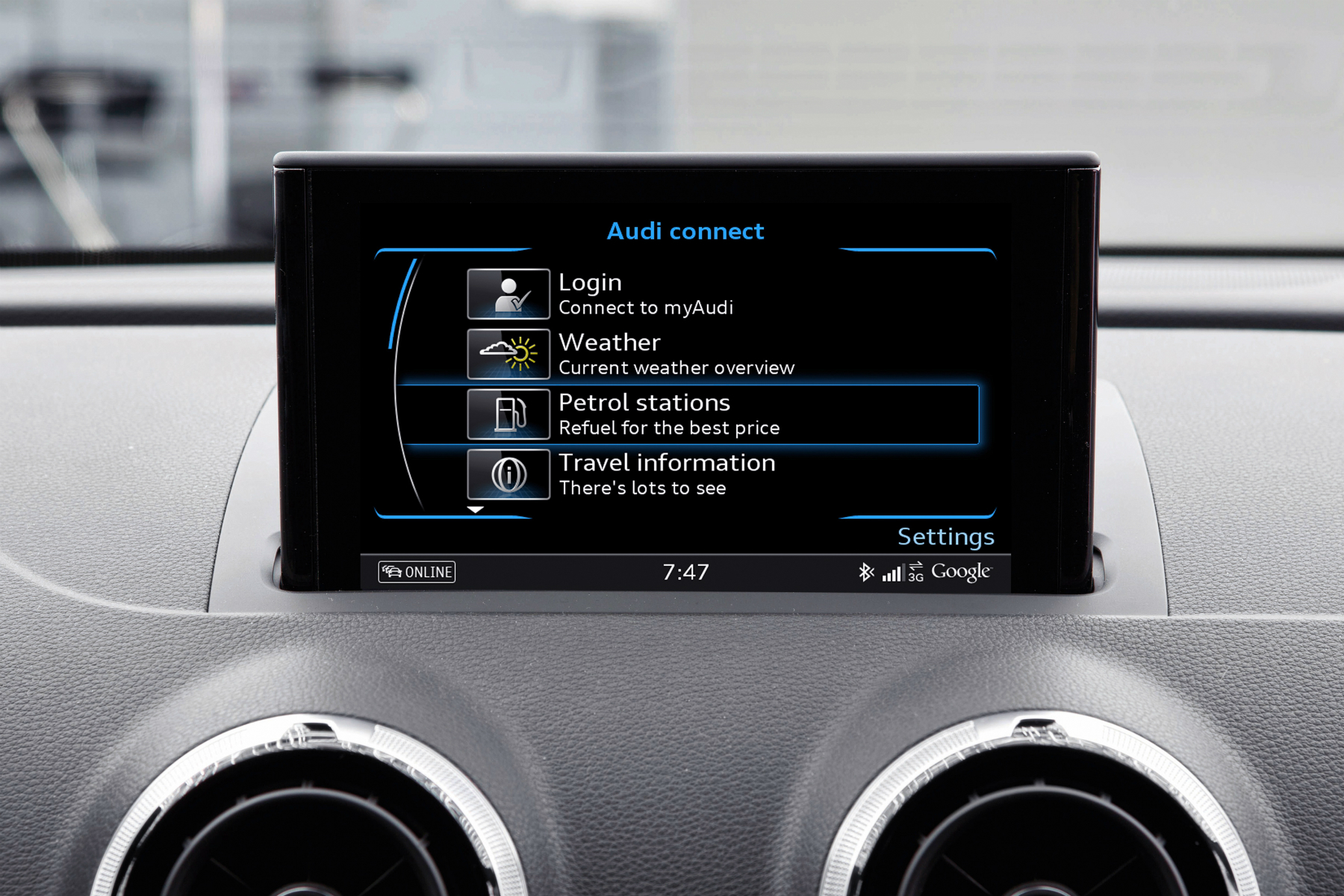 If you’re in a new car with a built-in SIM card and the latest infotainment system – for instance, an Audi equipped with Audi Connect – your route to the cheapest fuel in your area should be very swift indeed.

Audi Connect utilises an online database to find fuel stations with the cheapest fuel options for you. Simply follow your way through the infotainment to the petrol stations icon where it says ‘Refuel for the best price’ (see image above).

Many manufacturers over the past couple of years have been taking similar measures to get connected and will likely offer a similar service – it’s worth asking the salesman as you shop around for the best car deals.

One thing it’s easy to overlook is just having a general knowledge of fuel station brands. The general rule is that supermarket filling stations are cheaper than branded stops like Shell, BP and so on. Especially if you’re in the market for the juicier stuff. We found in a recent stop at Tesco that Momentum (99 Octane) came in at the same price as the standard 95 stuff from a nearby Shell.

Want proof? The AA produces a regular report on fuel prices, and the results are conclusive. The average at supermarkets is nearly always cheaper than the national average – in the case of February, 4.5p cheaper than average.

Asda regularly sets the standard for fuel price drops, with the most recent coming at the end of January. Its prices are set country-wide, too. If you’ve got a big shop planned, Tesco can be a worthwhile stop. It often runs a 10p discount per litre of fuel bought if you spend over a certain amount (usually £40 or more) in-store. 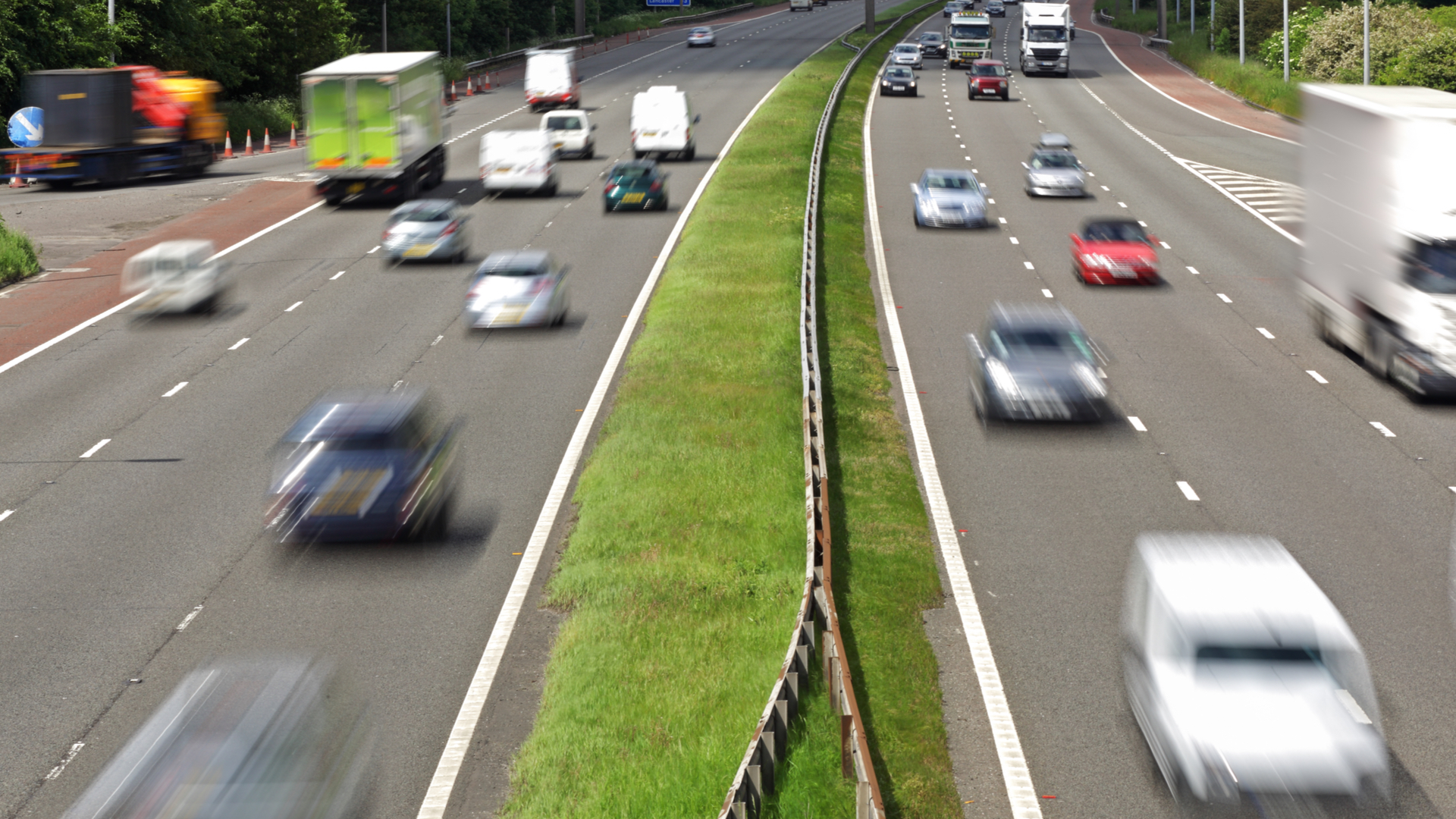 A general rule of thumb? Stay well away from motorway service stations unless you want to pay a huge premium for a litre over literally anywhere else.

So, if you’re in an unfamiliar area and want a safe bet on cheap fuel, simply ask someone where the local supermarket filling station is.

Half of motorists feel nervous about visiting garages

The government has made it easier to create a ‘play street’

The new Land Rover Defender has gone into production

Production of the new 2020 Defender has started at Land Rover's brand new Nitra plant in Slovakia. Cars will reach UK dealers in the spring.
Read more

From Freddie to Fifi… the most popular names for Fiat 500s

With the Royal baby's name hogging the headlines, Fiat has revealed what buyers of its trendy 500 supermini call their cars
Read more

A Brit is back in charge of Bentley

Still want that new car? Here are some bangers you can buy for the price of a deposit on a new motor
Read more