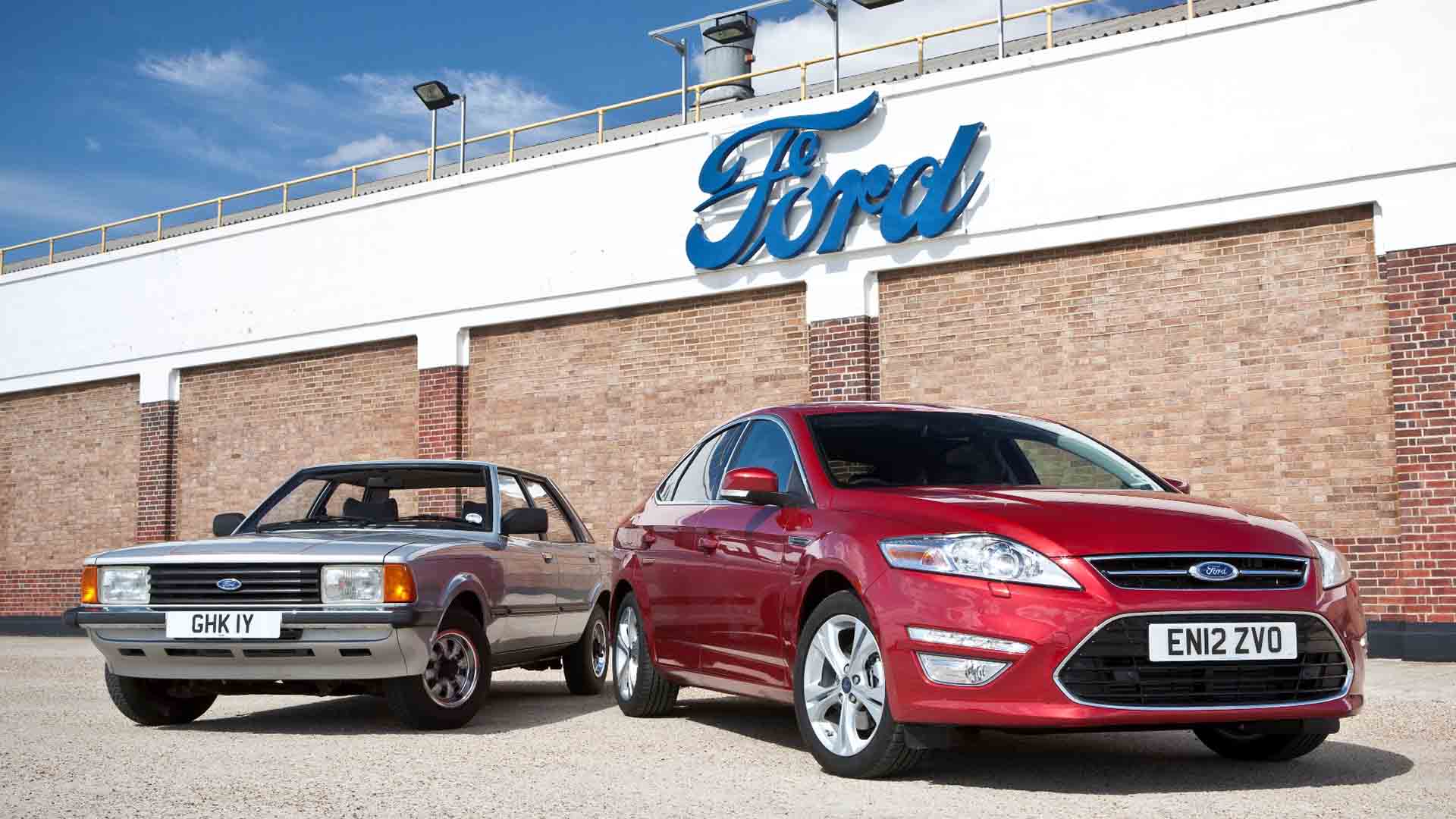 New cars are quieter than the cars driven by your parents. This might sound like stating the obvious, but did you know just how much quieter they are?

Ford engineers took to the roads around Dagenham to find out.

In unofficial tests, they found that passengers in a new Ford Kuga plug-in hybrid will experience noise levels a quarter of those in a 1966 Ford Anglia. The Kuga was measured at 69.3 decibels, while 89.4 decibels was measured in the Anglia.

The unscientific test was carried out in third gear at 30mph. The quietest car from yesteryear was a 2000 Ford Mondeo, followed by a 1982 Ford Cortina. The results in full: 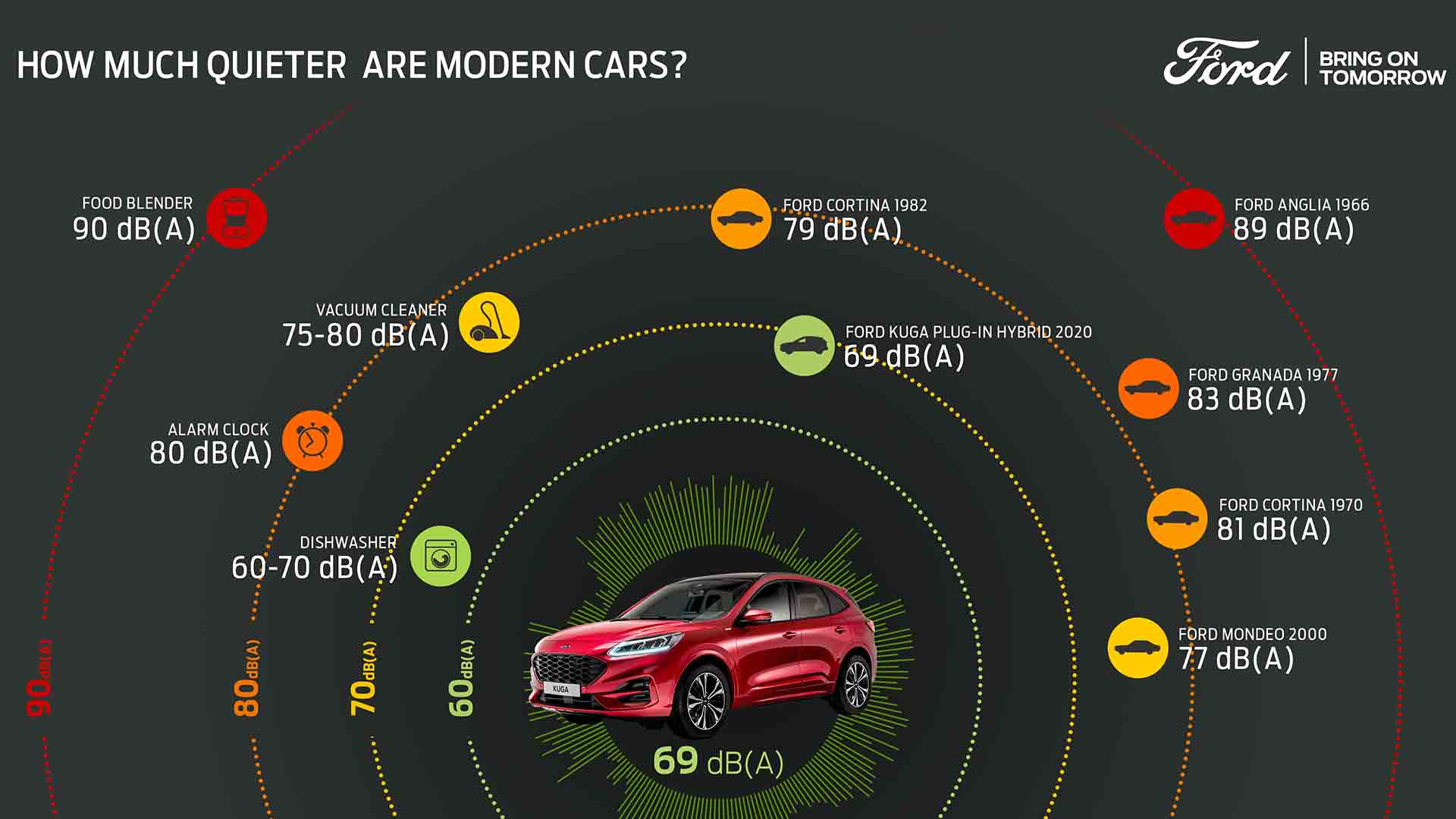 Amko Leenarts, director of design at Ford of Europe, said: “We had a clear vision for the Kuga from the very beginning – an approachable and sleek exterior design and an interior that provides a sanctuary space. The result is an SUV that connects with your life in a positive way.”

Ford calls its quest for quietness the ‘whisper strategy’. It says that a number of small noise improvements across the vehicle can add up to a big difference.

In the new Kuga, this included the addition of perforations in the seat bolsters to absorb rather than reflect noise. The car also features aerodynamically-tuned sound shields under the body to prevent road and wind noise from entering the cabin.

Ford even spent two years testing 70 different tyres over a range of surfaces to find the optimum blend of noise, comfort and grip. 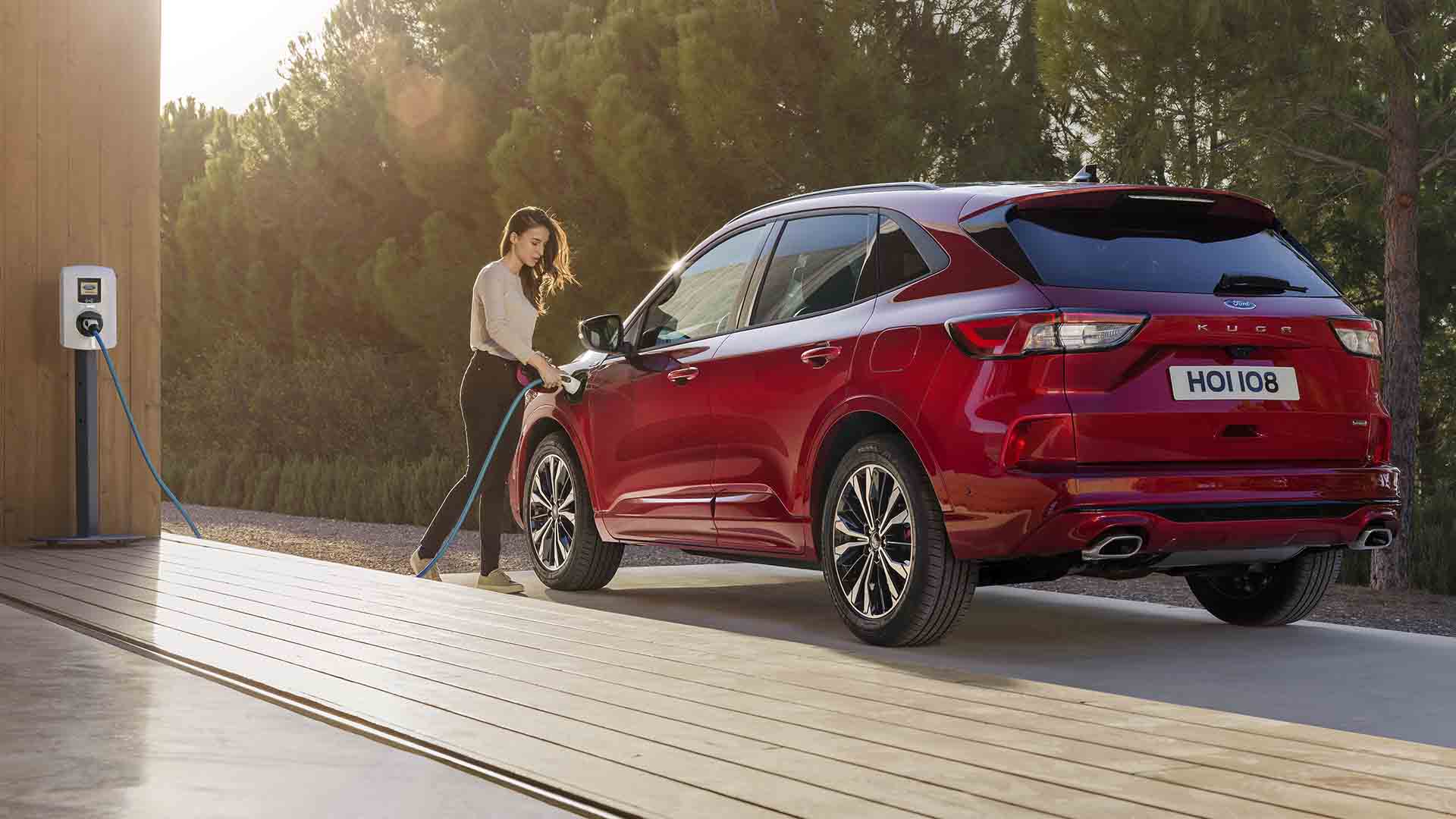 Glen Goold, Ford Kuga chief programme engineer, said: “Our ‘whisper strategy’ is designed to make journeys as quiet as they can possibly be – from absorbing sound through perforated seats to testing that involves listening carefully to the different sound patterns created by dozens of different tyres.”

Which is all when and good, but if truth be told, you’re really here for the old Fords. With this in mind, here’s the video.

Finally, while you’re here, check out the words and pictures from our visit to Ford’s collection of retro and classic cars.