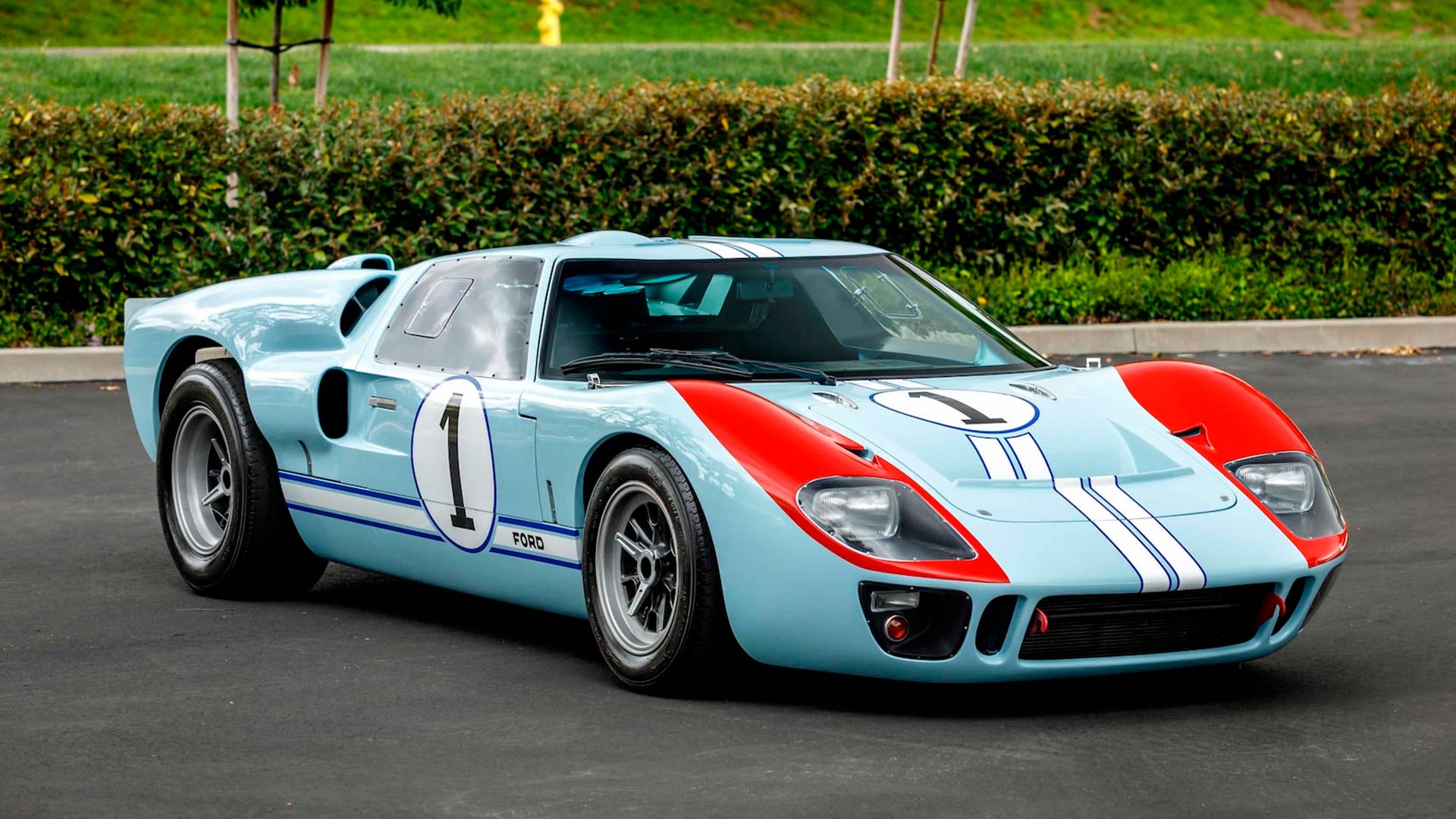 The new ‘Ford v Ferrari’ movie is just hitting cinemas, and you could soon have the chance to own one of leading stars from it.

Set to be part of the Mecum Auctions Kissimmee 2020 sale is one of the cars actually used in filming the movie.

It means you could sit exactly where Christian Bale did, and recreate the experience of Ken Miles at the 1966 Le Mans 24 Hour race. 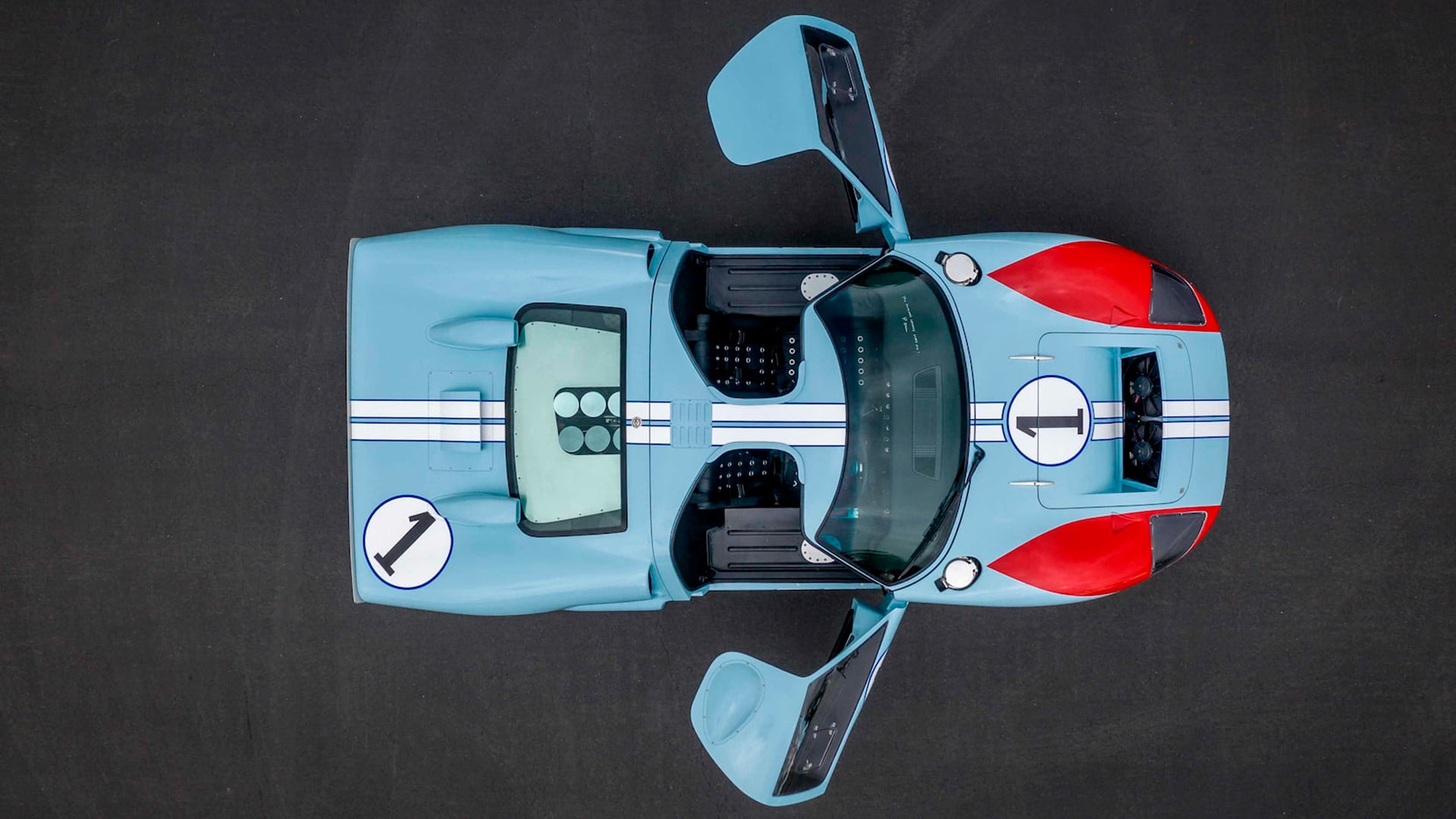 Despite production of Ford v Ferrari having a budget approaching $100 million, the producers were not crazy enough to use actual Ford GT40s in the movie. Their rarity, and immense value, made using originals a non-starter.

Thankfully, the lasting impression of the GT40 meant a number of replicas have been created. Fos Studios were convinced by the quality of the replicas made by Superformance, and agreed to use them as part of the movie production.

This particular GT40 replica acted as the ‘hero car’ in the film, and was the one driven by Christan Bale to emulate Ken Miles driving at Le Mans in 1966. 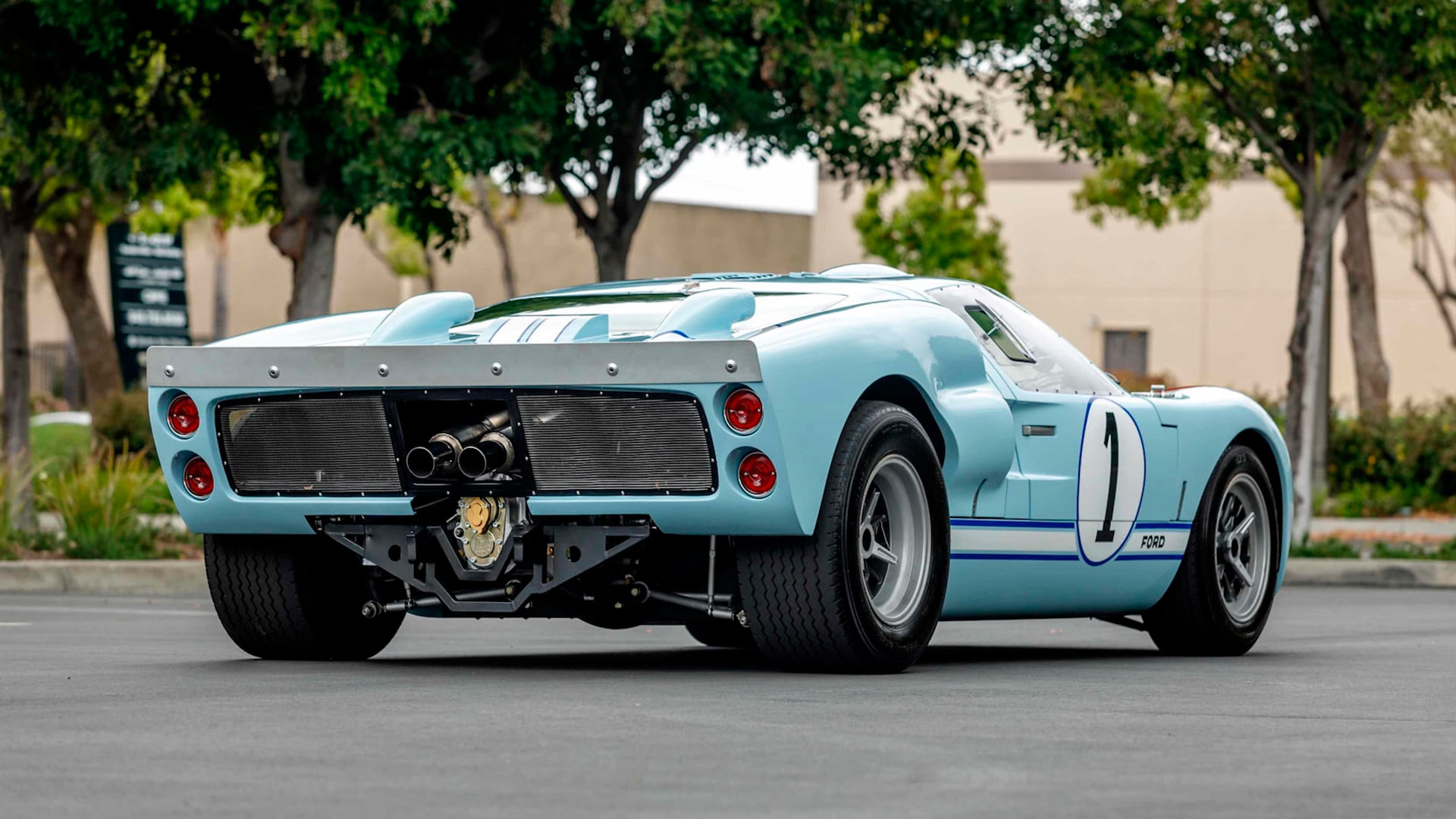 Underneath the rear clamshell is a Roush-tuned Ford V-8 engine, specially prepared for use in this 1966 Superformance GT40. Enlarged to a displacement of 511-cubic inches (8.4-liters), total output is said to be 600 horsepower.

A period-correct ‘bundle of snakes’ exhaust system has also been used, ensuring that this replica looks as accurate under the skin as it does outside. A five-speed manual transmission is shifted through an open gate lever.

Modern components from Bilstein and H&R have been used for the suspension, whilst Wilwood have supplied the brakes. We imagine Ken Miles would have loved ‘his’ 1966 GT40 to have been fitted with such high-end components!

This is no knock-off replica 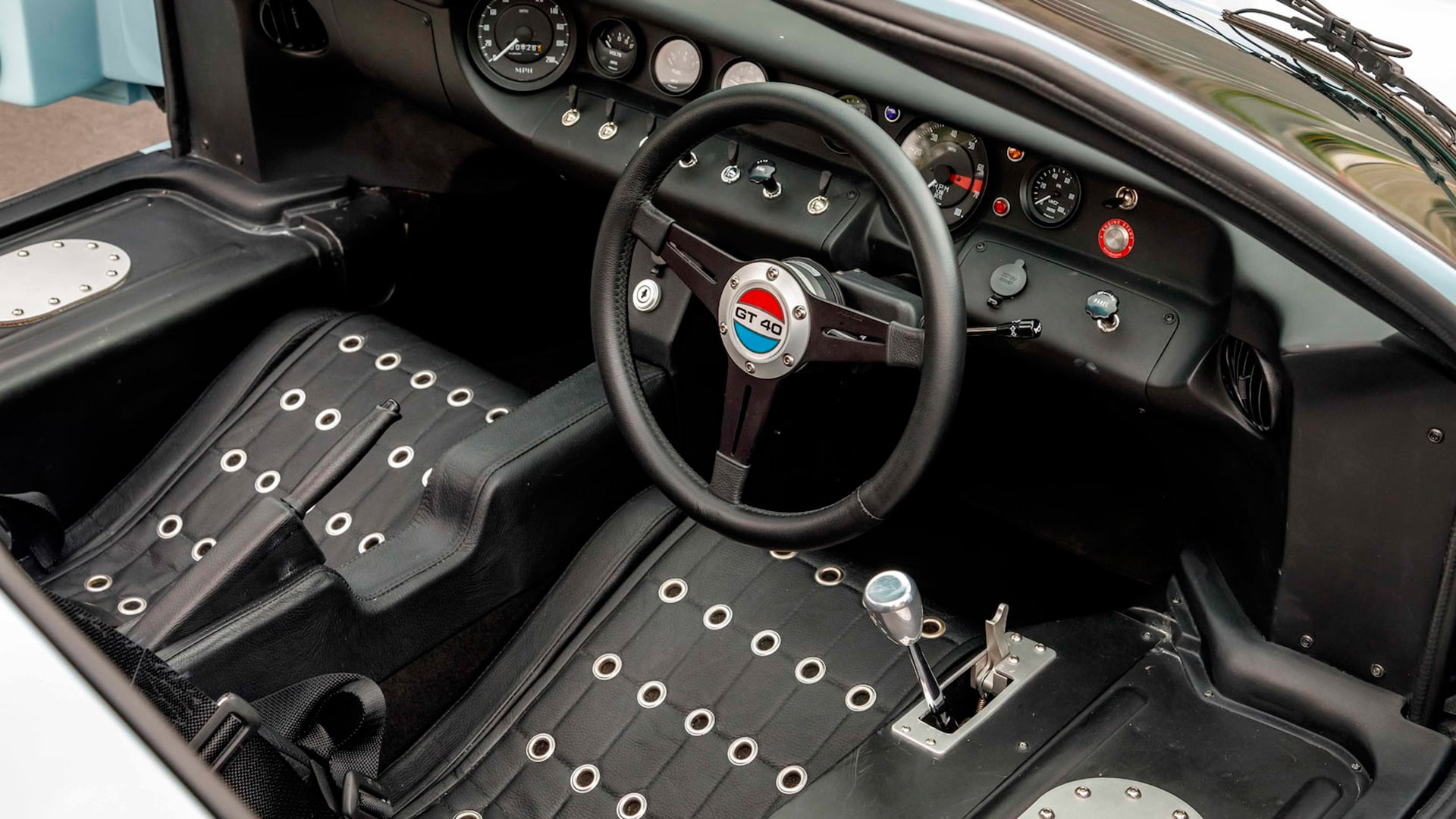 Fox was reportedly so impressed with the attention to detail of the Superformance replica, that the car was even used for close-up filming.

Inside, the Superformance GT40 is right-hand drive, and features a period-style Motalita steering wheel. Other interior details include Alcantara seats with rivet details, and Smiths dials to ensure it looks as accurate as possible. 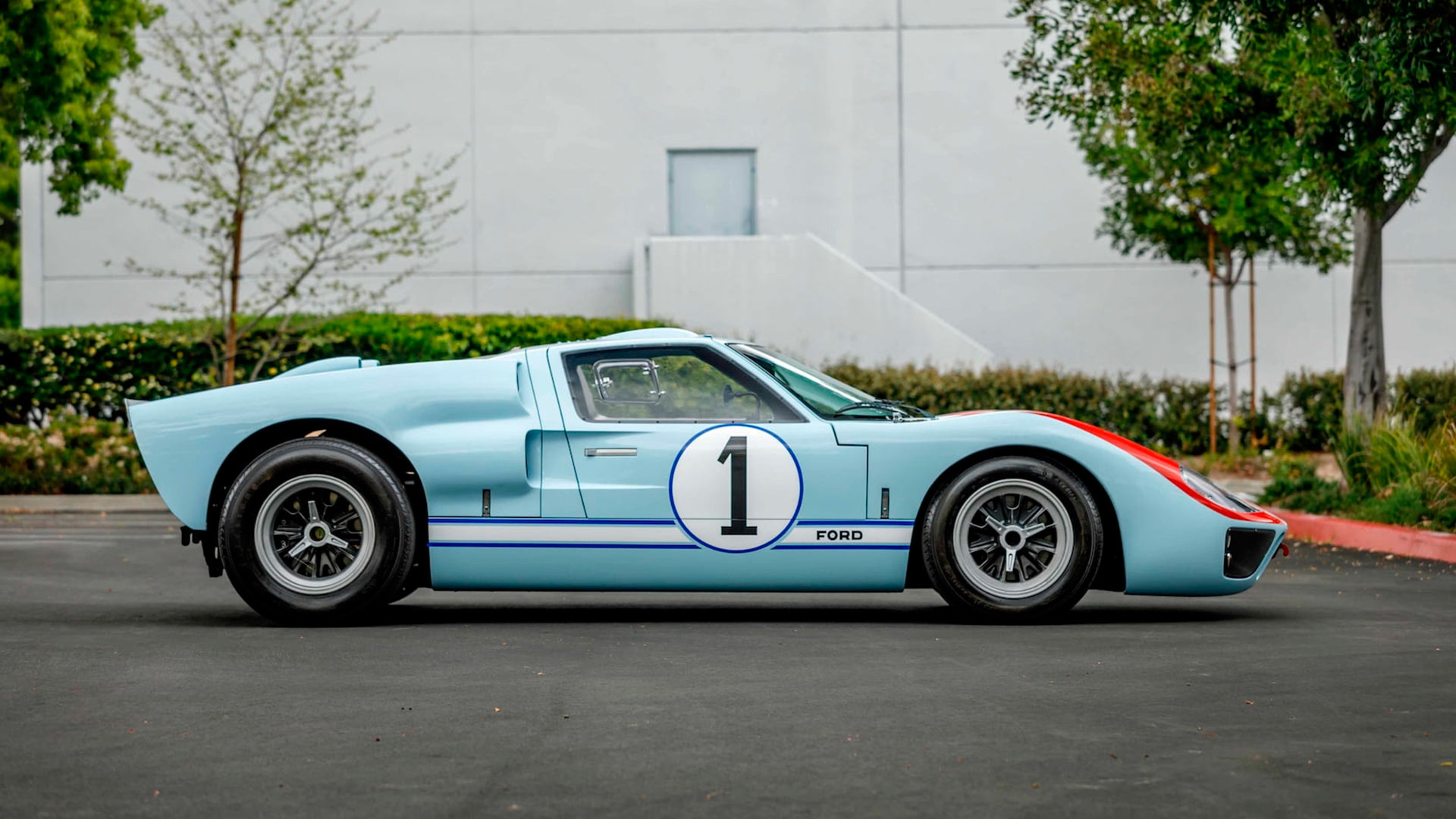 Whilst is may not be an original GT40, the history of the car being used in a film about the success of Ford is deeply impressive provenance. The car has also been signed by Charlie Agapoo, Ken Miles’ crew chief in 1966, and Peter Miles, Ken’s son.

Owning a genuine 1966 Le Mans Ford GT40 MkII is an almost impossible scenario, which makes the chance to own this Superformance movie replica an incredible opportunity.

The Mecum Kissimmee sale takes place from January 2nd, through to January 12th 2020, at Osceola Heritage Park. With more than 3,500 vehicles set to cross the block, this GT40 replica is just one of many amazing cars up for grabs.