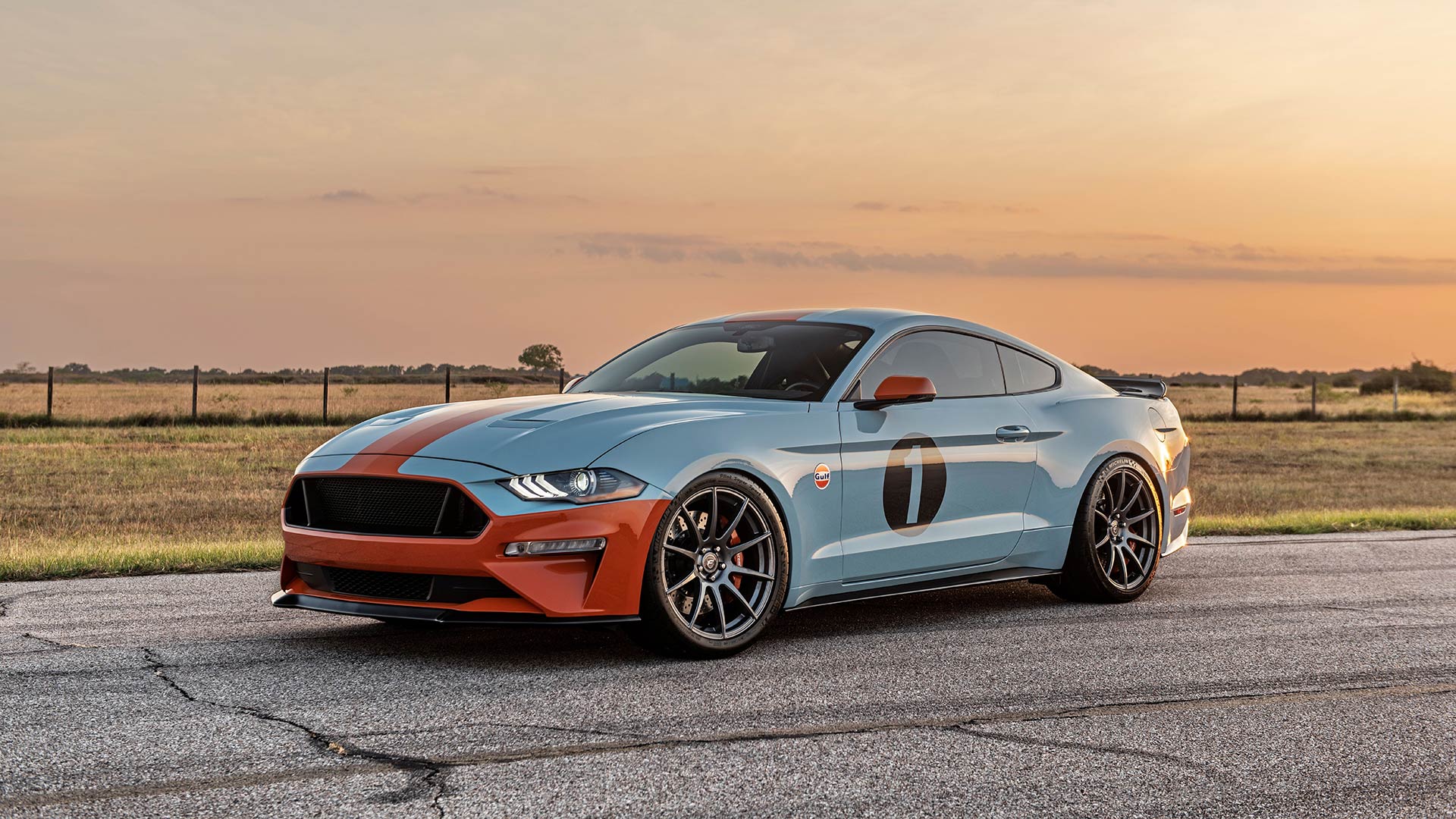 Brown Lee Ford, based in Morrison, Tennessee, plans to offer 119 examples of the Gulf Heritage Edition ‘Stang, with buyers able to pick between coupe or convertible versions.

Just like the special Heritage Edition version of the Ford GT supercar, this Mustang pays homage to the 1968 and 1969 Le Mans-winning Ford GT40 race cars. 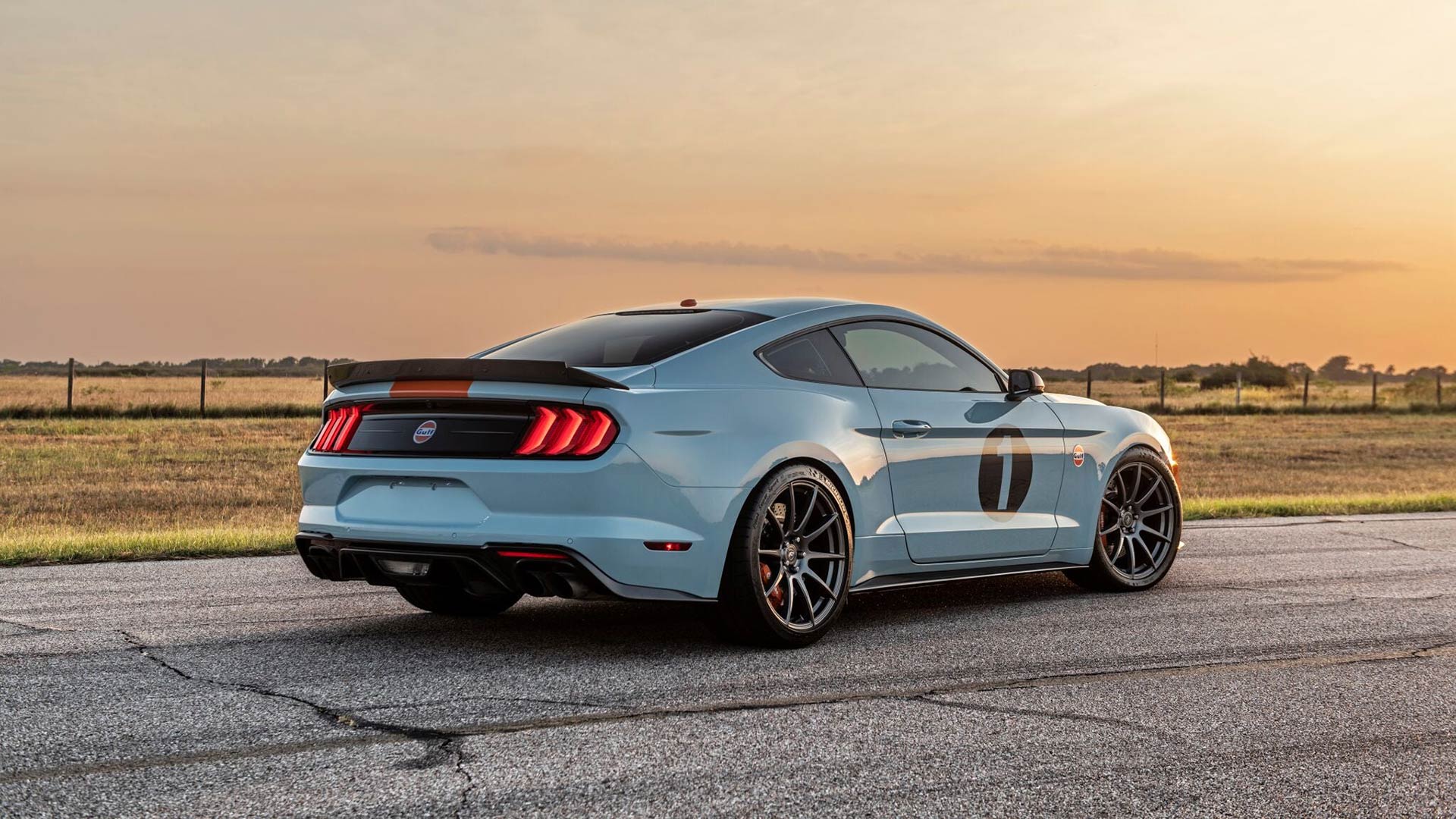 Described as one of the most-recognized liveries in motorsport, the custom-painted Gulf Oil colors of blue and orange certainly make this Mustang stand out.

Along with the paint scheme, Brown Lee has also added a host of CarbonAero exterior parts. Carbon fiber is used for the front splitter, side skirts, rear diffuser, and the rear spoiler with a special Gurney flap.

Unique Gulf Oil badging is applied to the trunk decklid, and also to the front fenders. The front grille is also badgeless, giving this Mustang a more aggressive look. 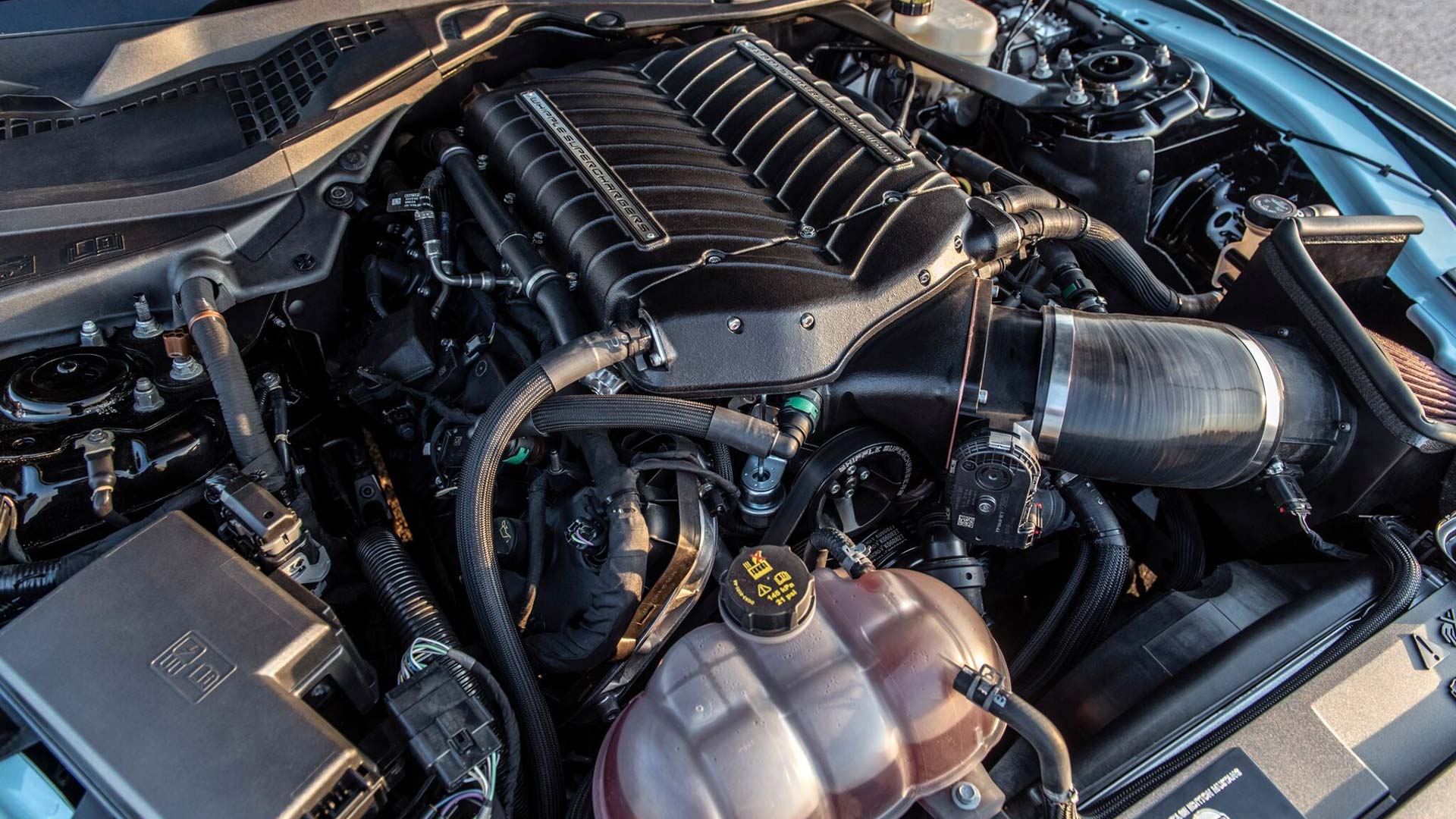 With Brown Lee selling a range of modified Fords from tuning companies such as Roush, Hennessey, and Shelby, the Gulf Heritage Edition has gained some extras.

Under the hood, a Whipple Stage 2 supercharger sits atop the 5.0-liter V-8 engine, which also gains upgraded fuel injectors and an air-to-water intercooler system. A new air intake has been added.

Blue and orange for all 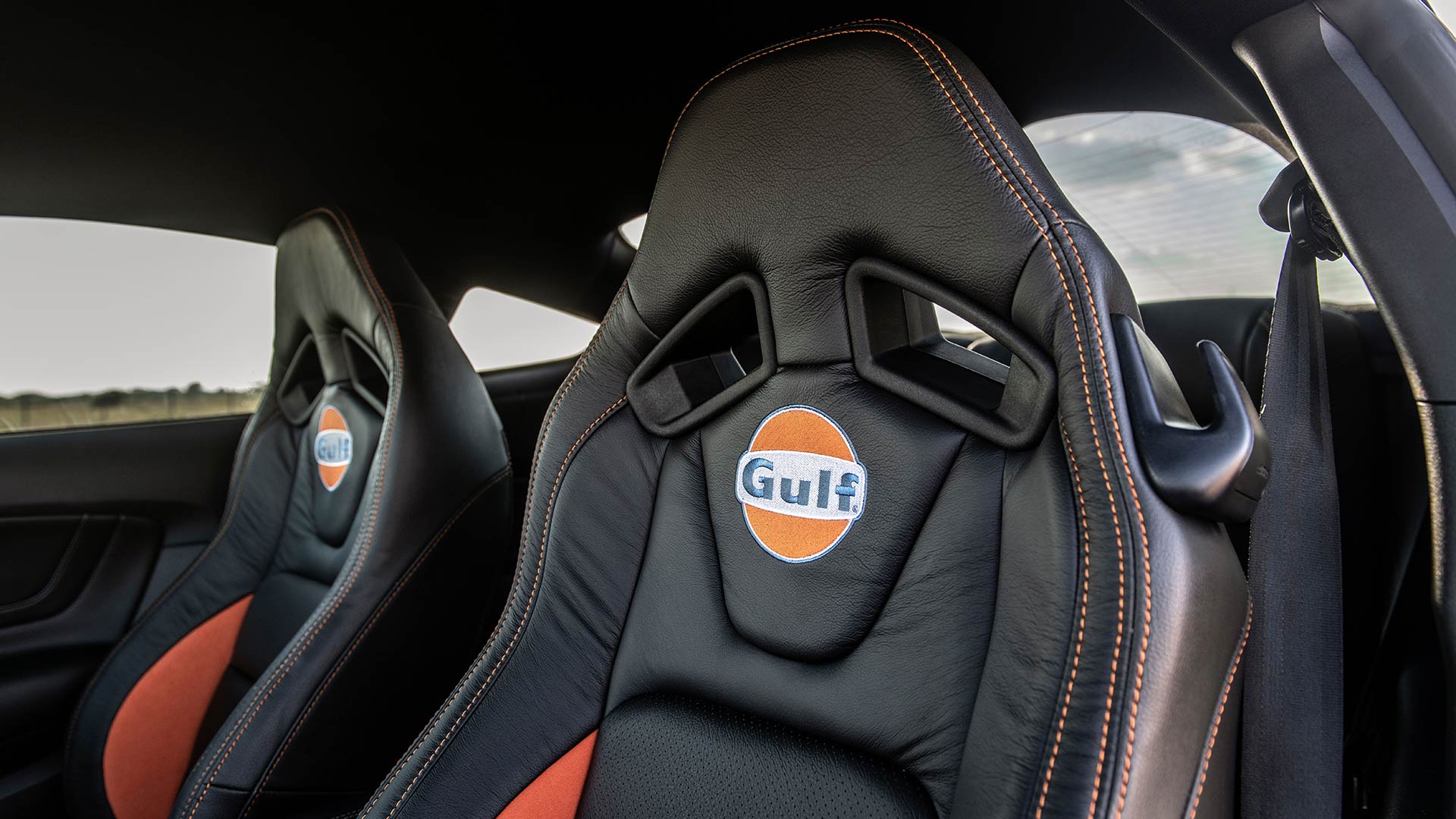 A set of 20-inch gunmetal alloy wheels are bolted on, whilst the suspension is lowered to ensure the perfect stance. This includes full coilover suspension for Mustangs without the adjustable Magnetic Ride system.

Whilst the dealership has not quoted specific performance numbers for the Gulf Heritage Edition, each car will be subjected to a chassis dynamometer test before delivery.

Inside, the interior is finished in a combination of leather and Alcantara upholstery, with custom Gulf Oil stitching and embroidery applied. Buyers can pick between the standard sports seats, or Ford Performance Recaro versions. 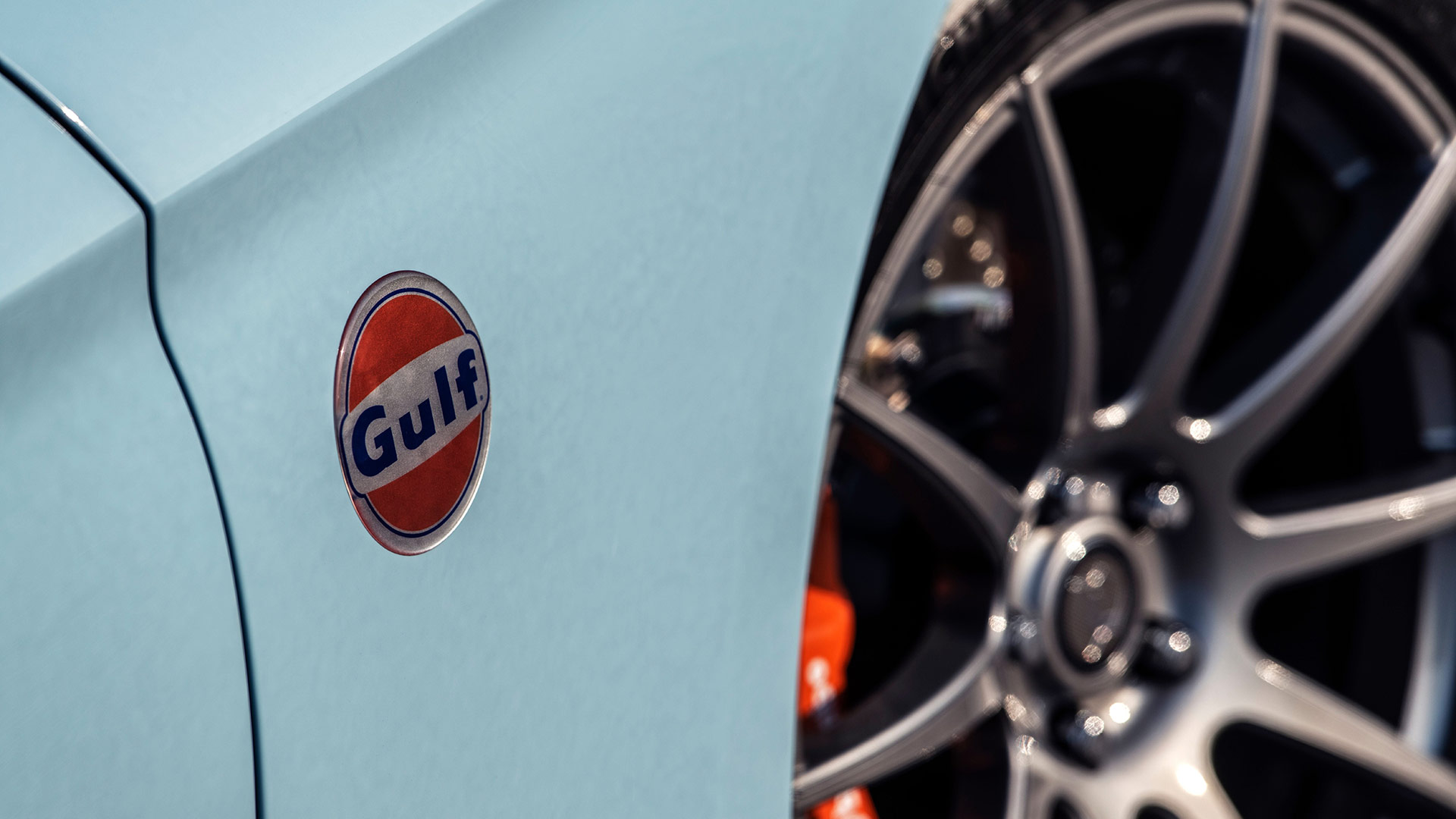 Like any good limited edition, each car will come with a special build plaque signifying which of the 119 units it is.

However, for those who want to celebrate the iconic Gulf Oil livery in style, this Mustang is certainly cheaper than the mid-engined Ford GT version.