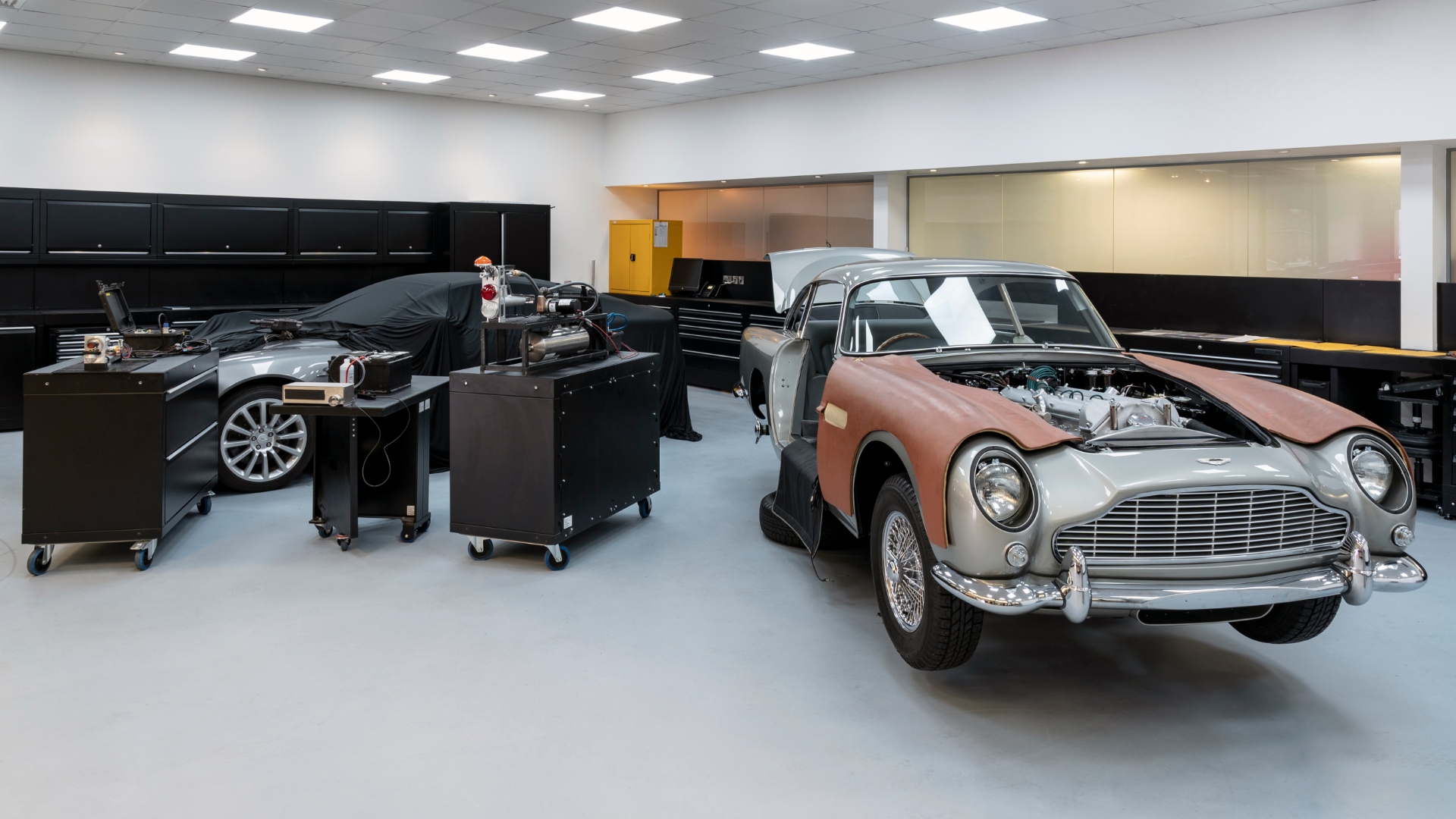 Aston Martin has built a prototype for its forthcoming run of ultra-special Bond-spec DB5 recreations, as the marque moves to bring movie magic to 25 lucky owner’s garages.

The first engineering and development car is officially taking shape over at Aston Martin Works in Newport Pagnell, with testing of the gadgetry now underway.

First deliveries are expected in 2020. 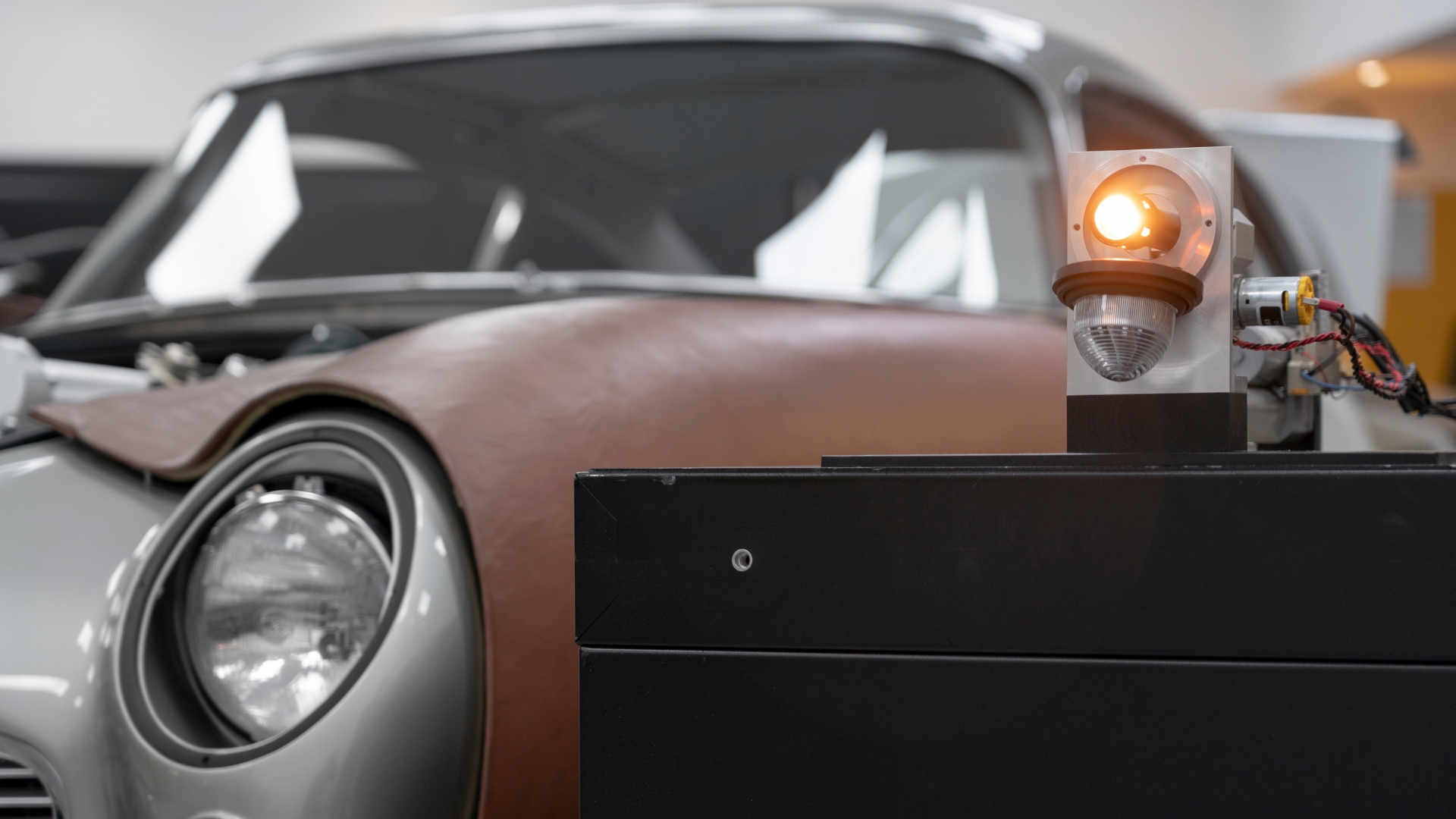 “The main challenge has been to recreate the gadgets from the film world and transfer them into a consumer product,” Chris explained.

“We obviously don’t have that luxury on these classic Aston DB5s, as all the gadgets have to work in the same car all the time.”

Chris’s main projects are the front guns, smoke screen and oil slick gadgets. Aston’s engineers are handling everything else. 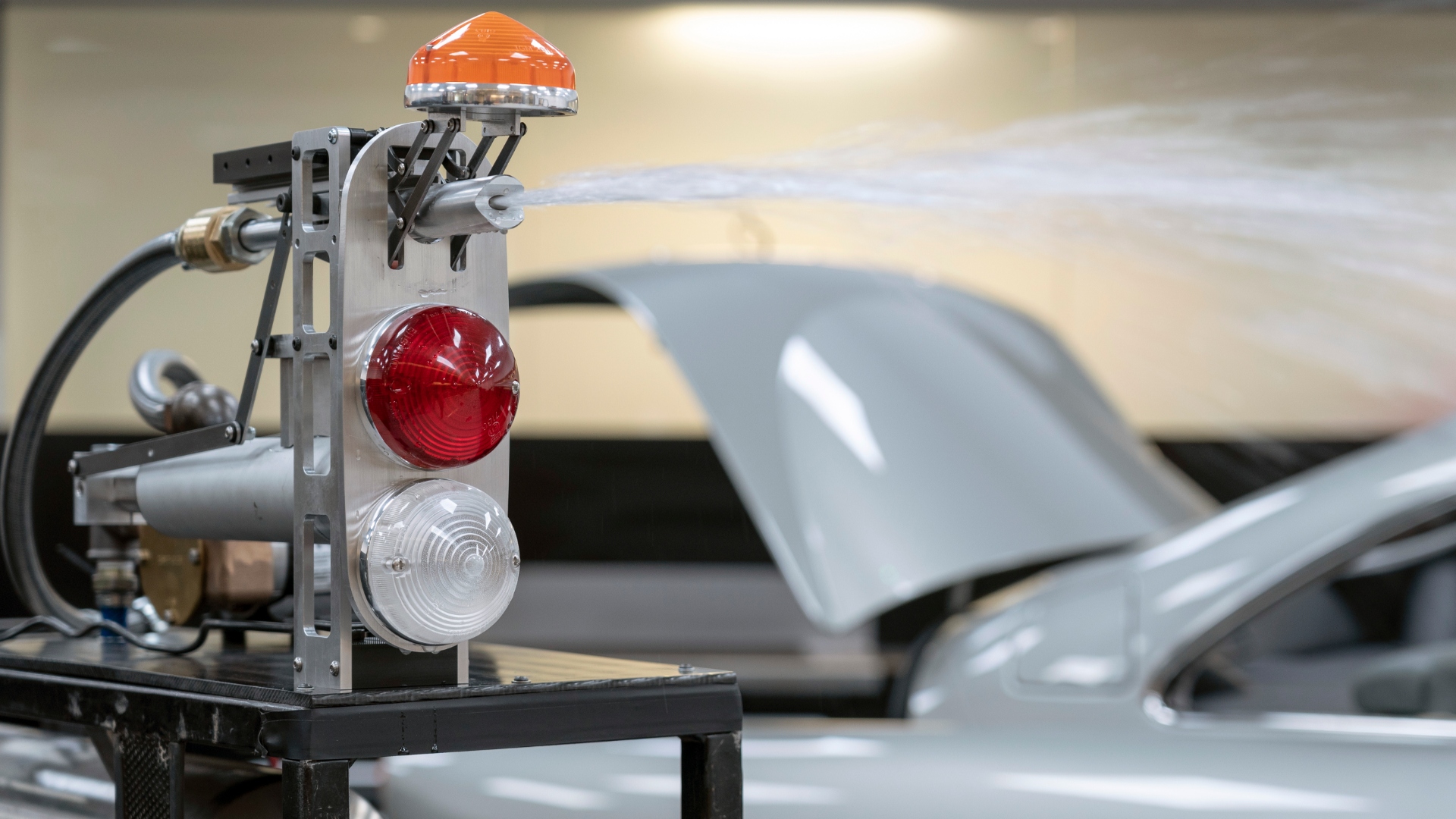 That does beg the question, though. Exactly how much of Bond’s extensive gadget (and weaponry) arsenal is truly going to be fully functional on these 25 recreations? Well, needless to say, you won’t quite need a licence to kill to go with your driving licence…

You can expect the full lineup of gadgets Bond had on his DB5 in Goldfinger, but not all of them will be functional. 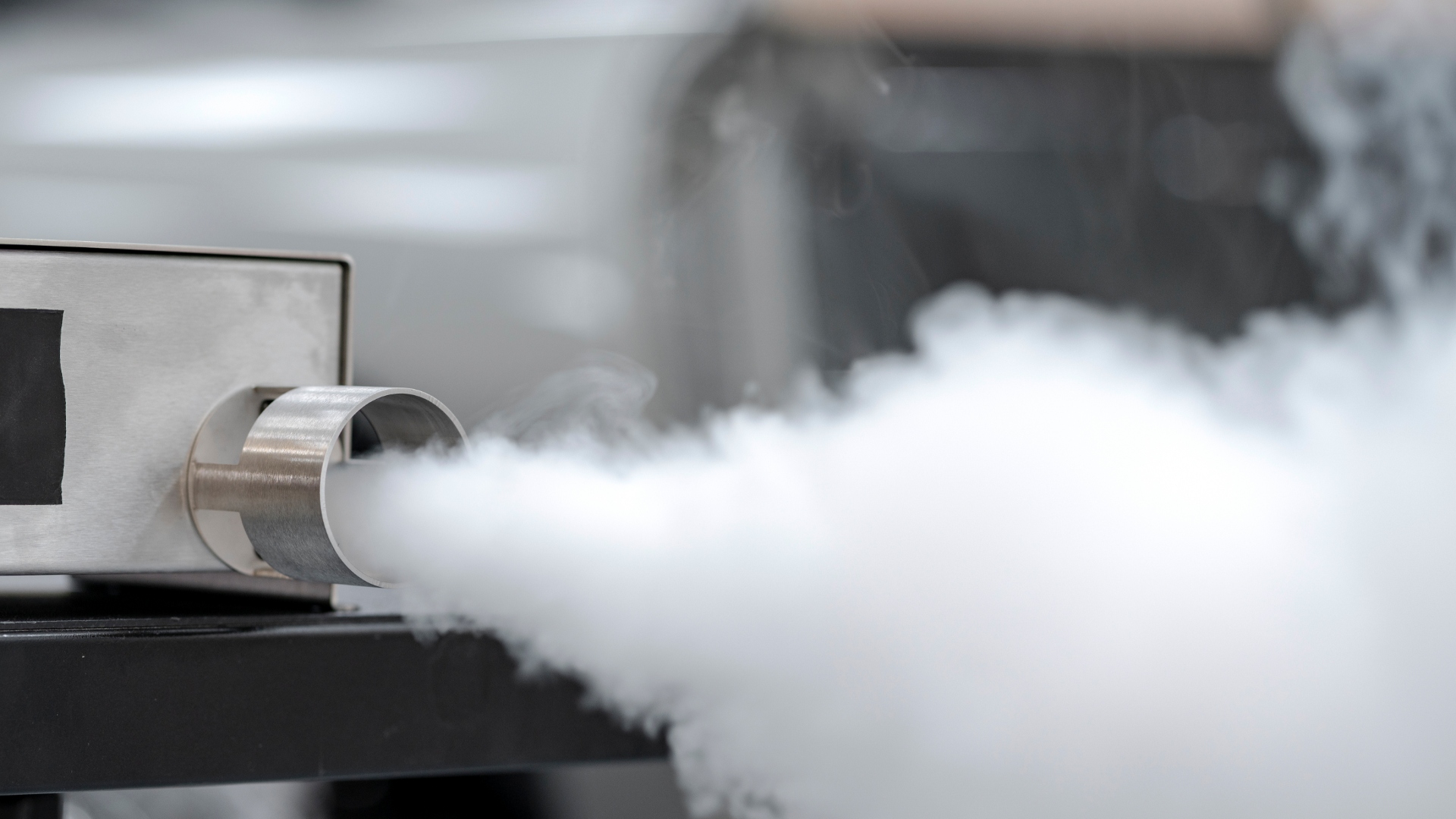 For example, on the inside, the radar screen and tracker map are simulated. So too is the full ejector seat, though there is an optional ‘teaser’ for it.

However, the phone in the driver’s door, gear knob actuator button, arm-rest-mounted switchgear and under-seat weapons storage will feature.

The rear smoke screen, revolving number plates, rear bullet-proof shield and front-to-rear battering rams will make it, too. Whether the shield is actually bulletproof is another question.

Sadly, the oil slick delivery system and machine guns will be simulated, rather than truly functional. Boo! 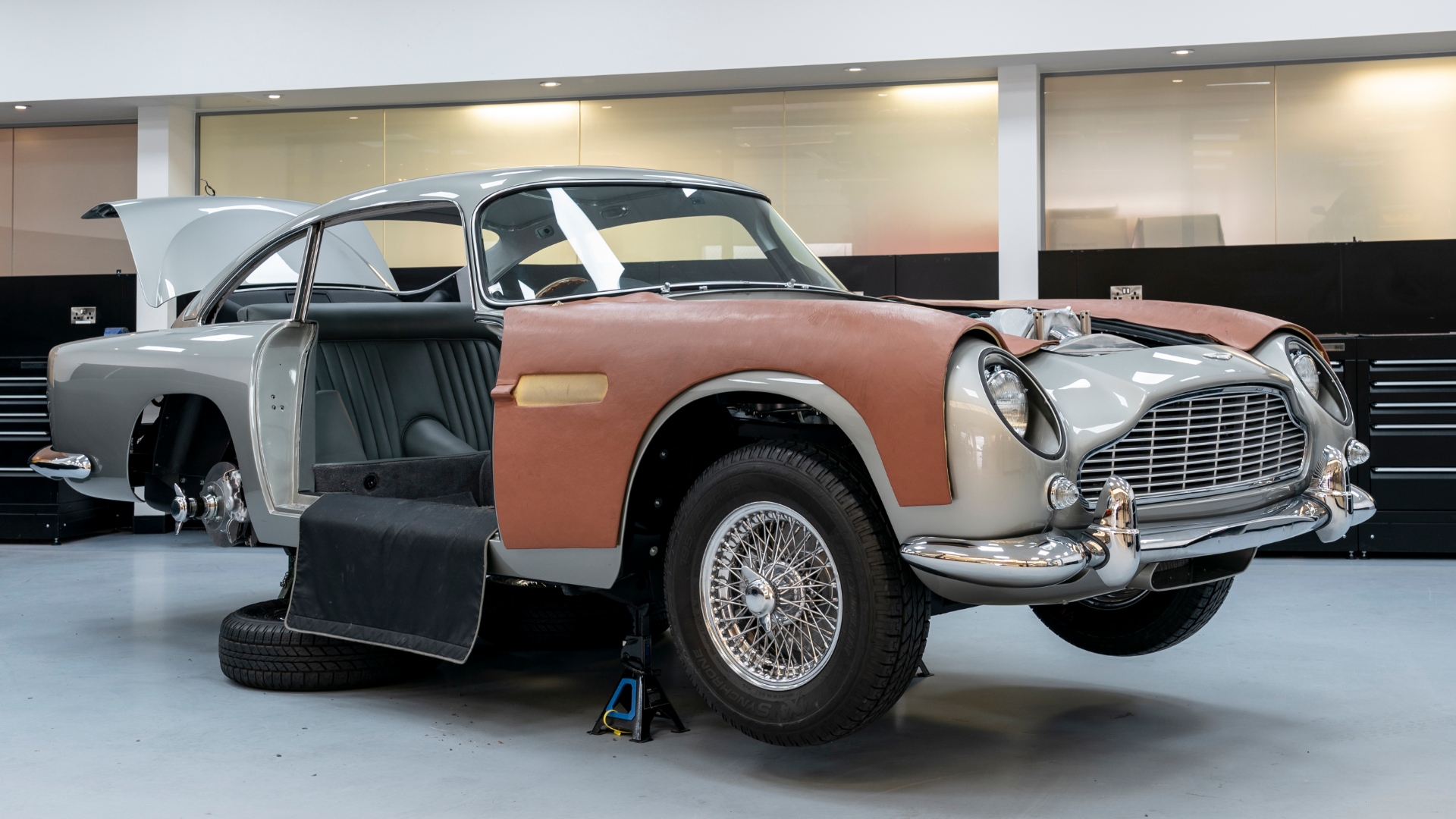 Apparently, the guns will appear, though, and deliver a “realistic effect” according to Gorbould. We don’t think they’ll be shooting anything, but you can expect some noise while driving around your estate pretending to be Bond.

On that, you’re going to need to have an estate to enjoy it. You won’t need a licence to kill, and you won’t need a driving licence either. That’s because the £2.75 million (plus taxes) Bond-spec DB5 isn’t road legal. 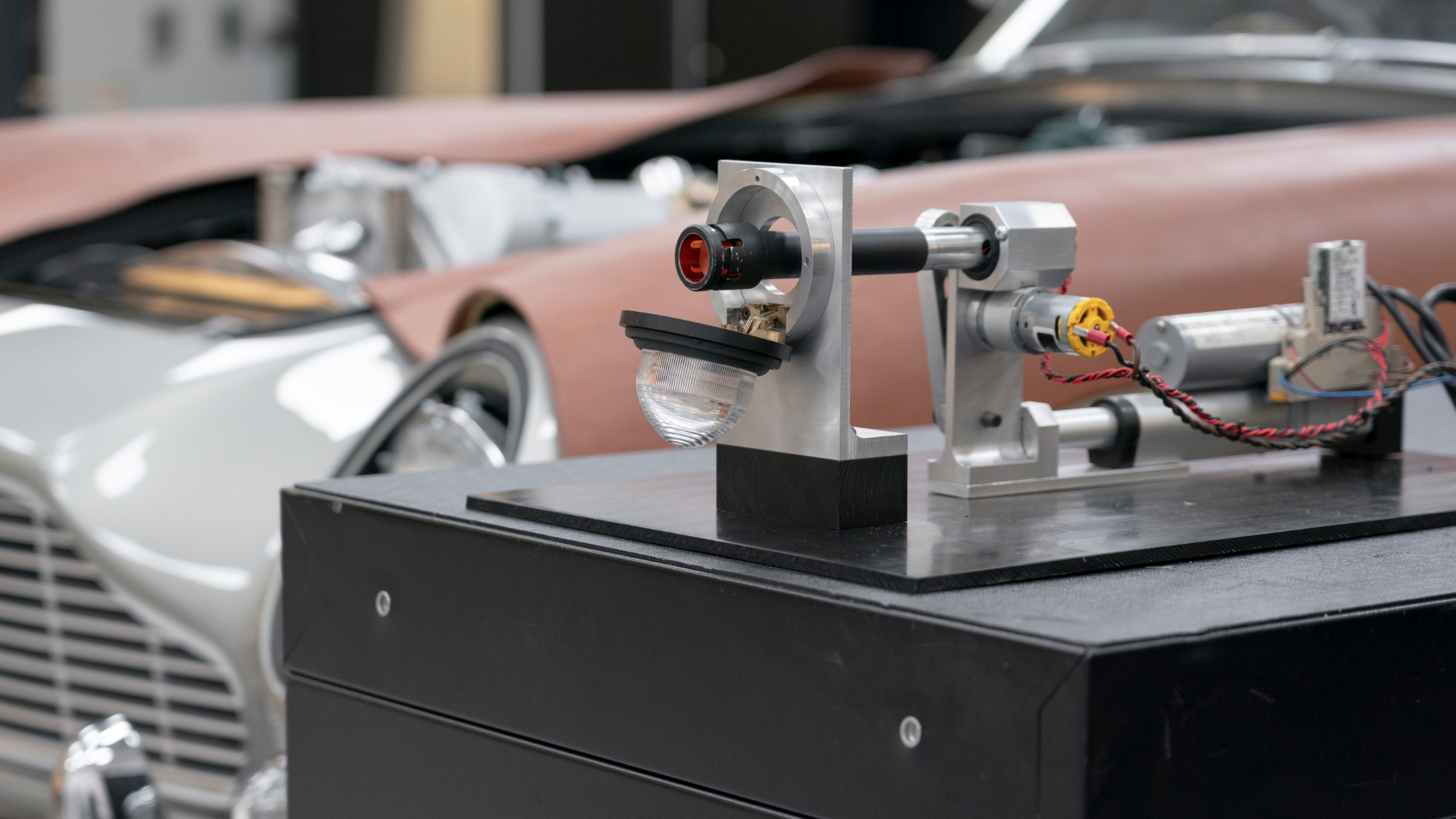 A wise move, potentially. A car that can ‘simulate’ machine guns probably isn’t suitable for the public highway.

Given how it’s technically brand new, it probably doesn’t meet modern safety and emissions standards, either. Though apparently there will be ‘sympathetic modifications’ to make sure it’s built well and reliable – both car and gadgets…