The £150,000 Aston Martin AMR has been unveiled at Spa-Francorchamps and features a 'dog-leg' seven-speed manual gearbox 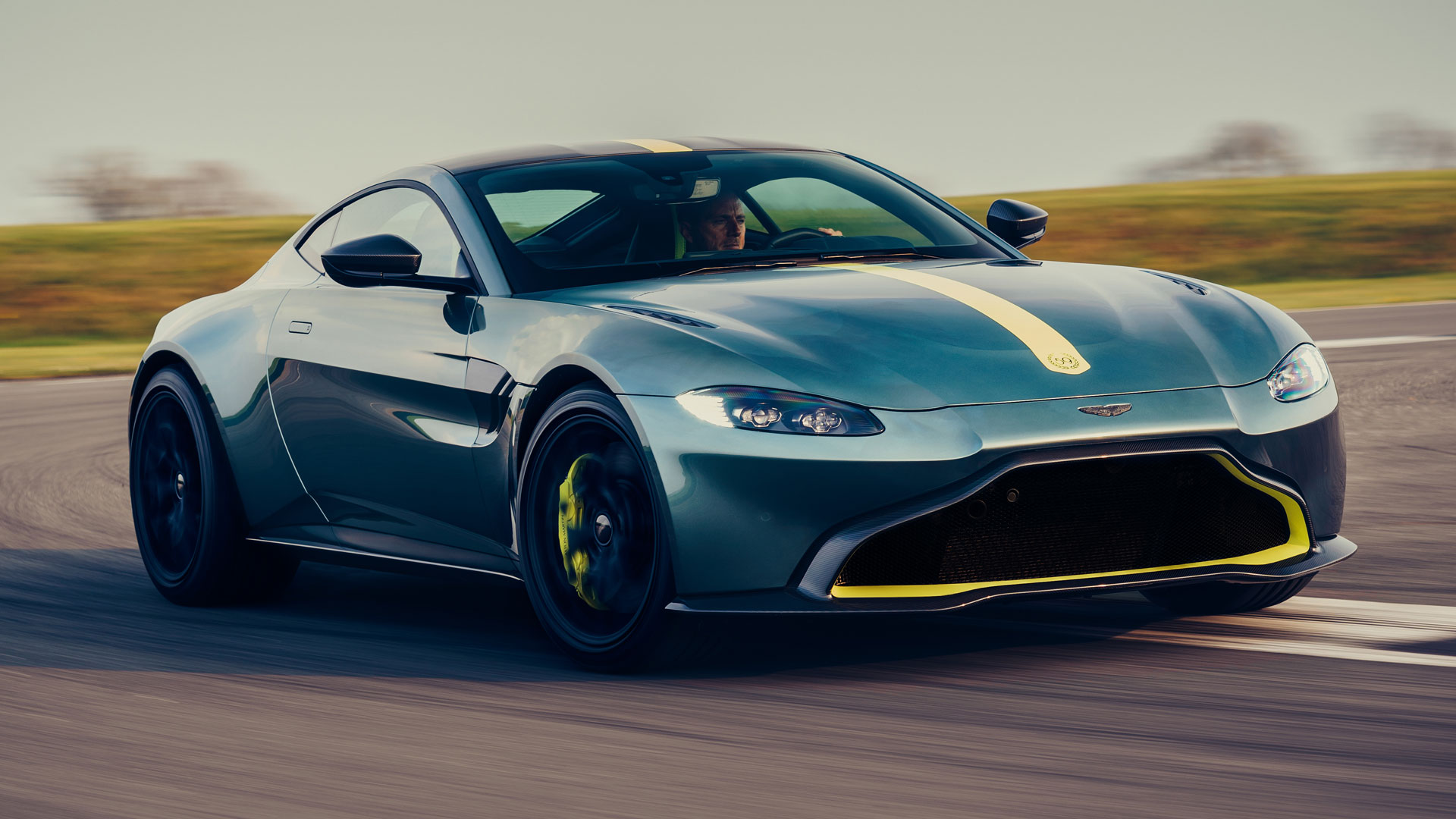 The new Aston Martin Vantage AMR has been unveiled at Spa-Francorchamps – and as teased on social media, it has a manual gearbox.

In what will be music to the ears of car fans, the seven-speed manual transmission in the Vantage AMR also features a ‘dog-leg’ first gear, creating a traditional double H-pattern for second to seventh gears.

It’s the first time Aston Martin has offered a manual gearbox since the previous-generation Vantage in 2017, and the transmission – developed by Graziano – is mated to a limited-slip differential, tuned and calibrated at Silverstone. 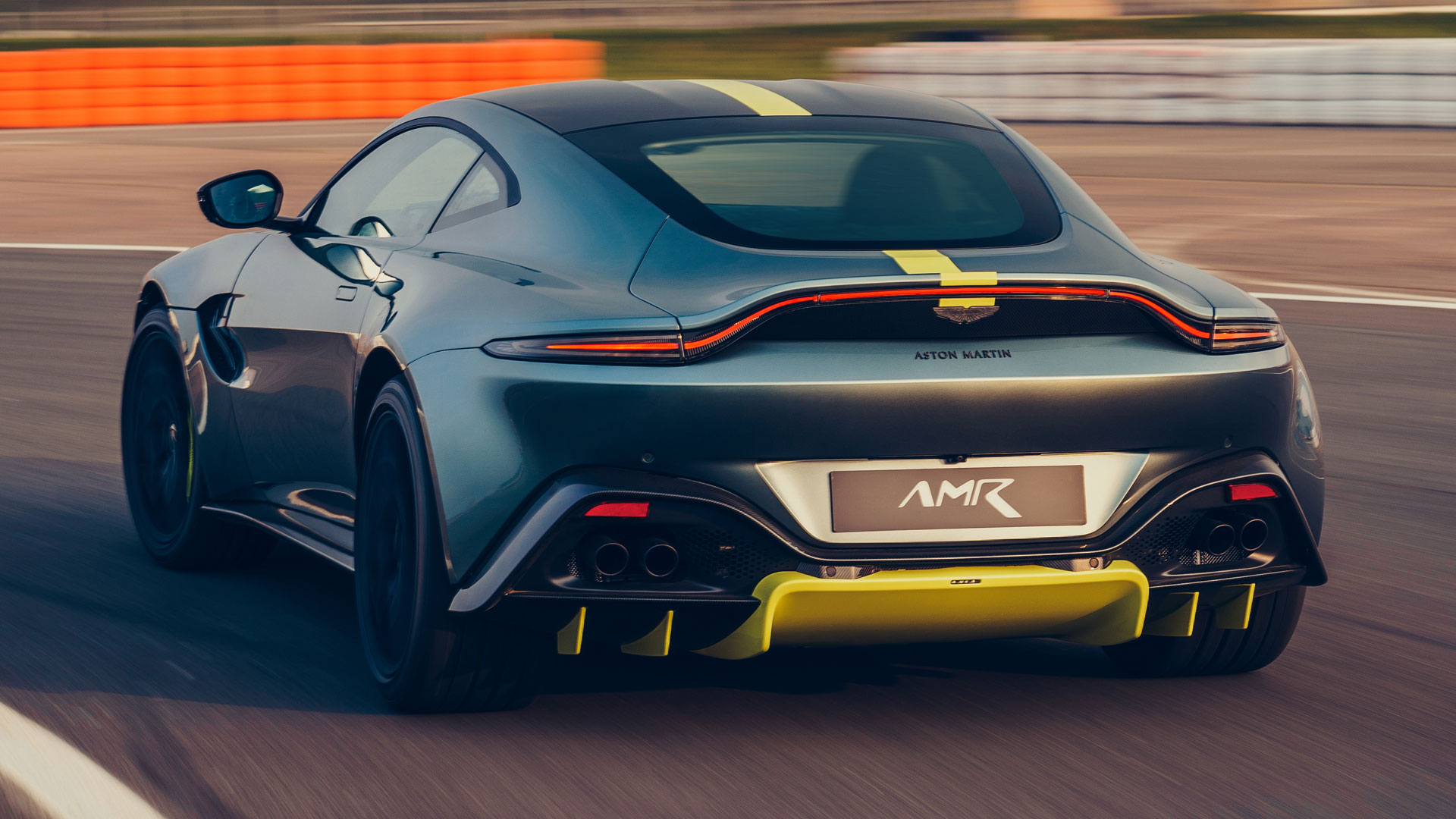 The manual ‘box features Amshift, a system that mimics the technique of heel-and-toe downshifts and allows for full-throttle upshifts. If you’re not salivating over the prospect of driving the AMR now, you don’t have petrol running through your veins.

Production of the Vantage AMR is limited to 200 units, although the Vantage will continue to feature a manual gearbox as an option from the beginning of 2020, following the sale of all 200 models. Customers can expect to take delivery by the end of 2019. 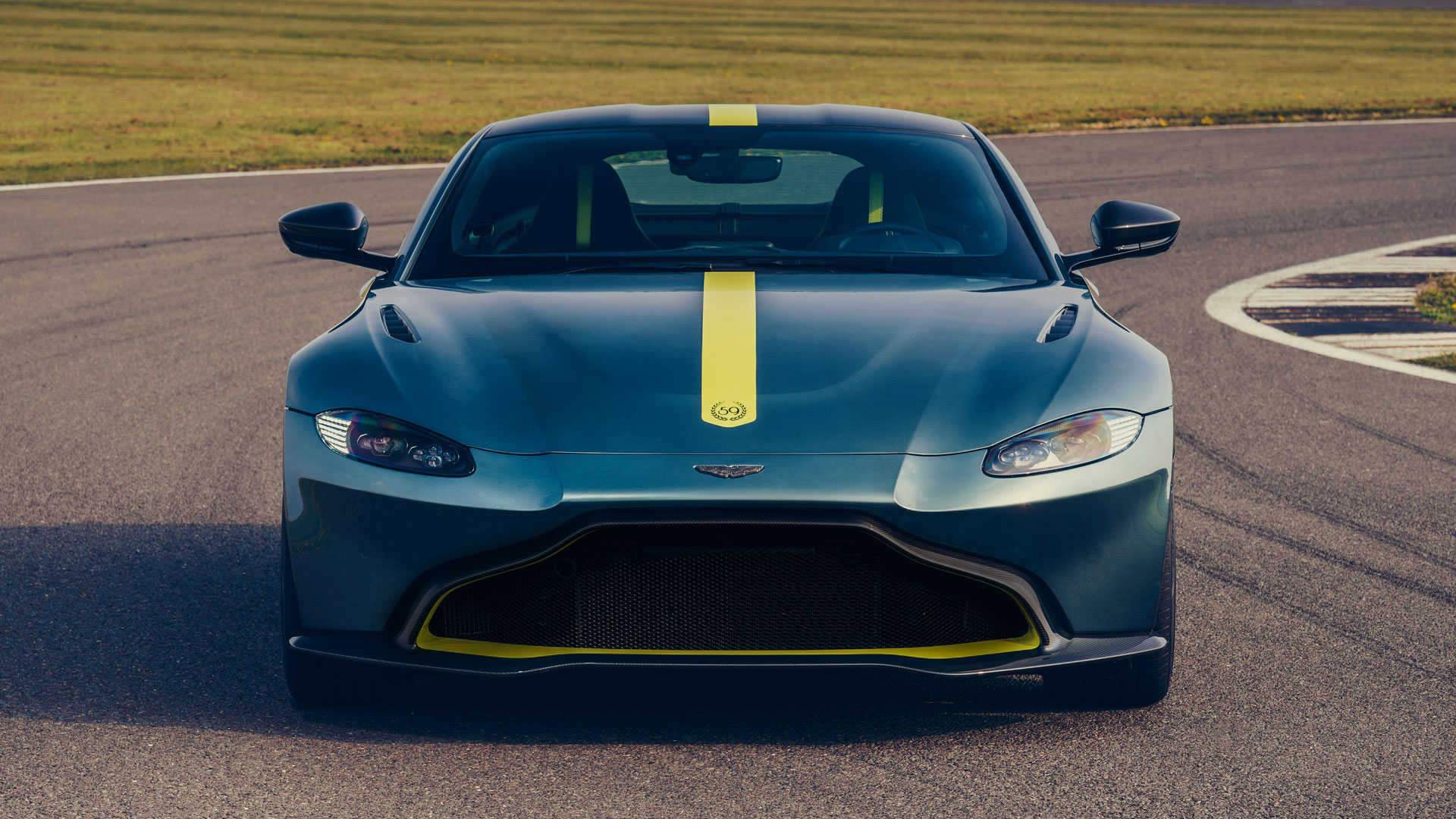 Aston Martin is well aware that the manual gearbox will grab the headlines: “Vantage AMR fulfils [its] promise to deliver a product with the involvement and driver engagement that only a manual can offer,” it says.

The first 141 units will be available in either Sabiro Blue, Onyx Black, China Grey or White Stone, and priced at £149,995. But we suspect there will be a strong demand for the final 59 ‘Vantage 59’ editions, finished in a Stirling Green and Lime exterior paint scheme with a ‘59’ logo on the bonnet.

These models are crafted to celebrate 60 years since Aston Martin’s victory at the 1959 24 Hours of Le Mans, when Roy Salvadori and Carroll Shelby finished ahead of Maurice Trintignant and Paul Frere to complete a one-two for the DBR1. 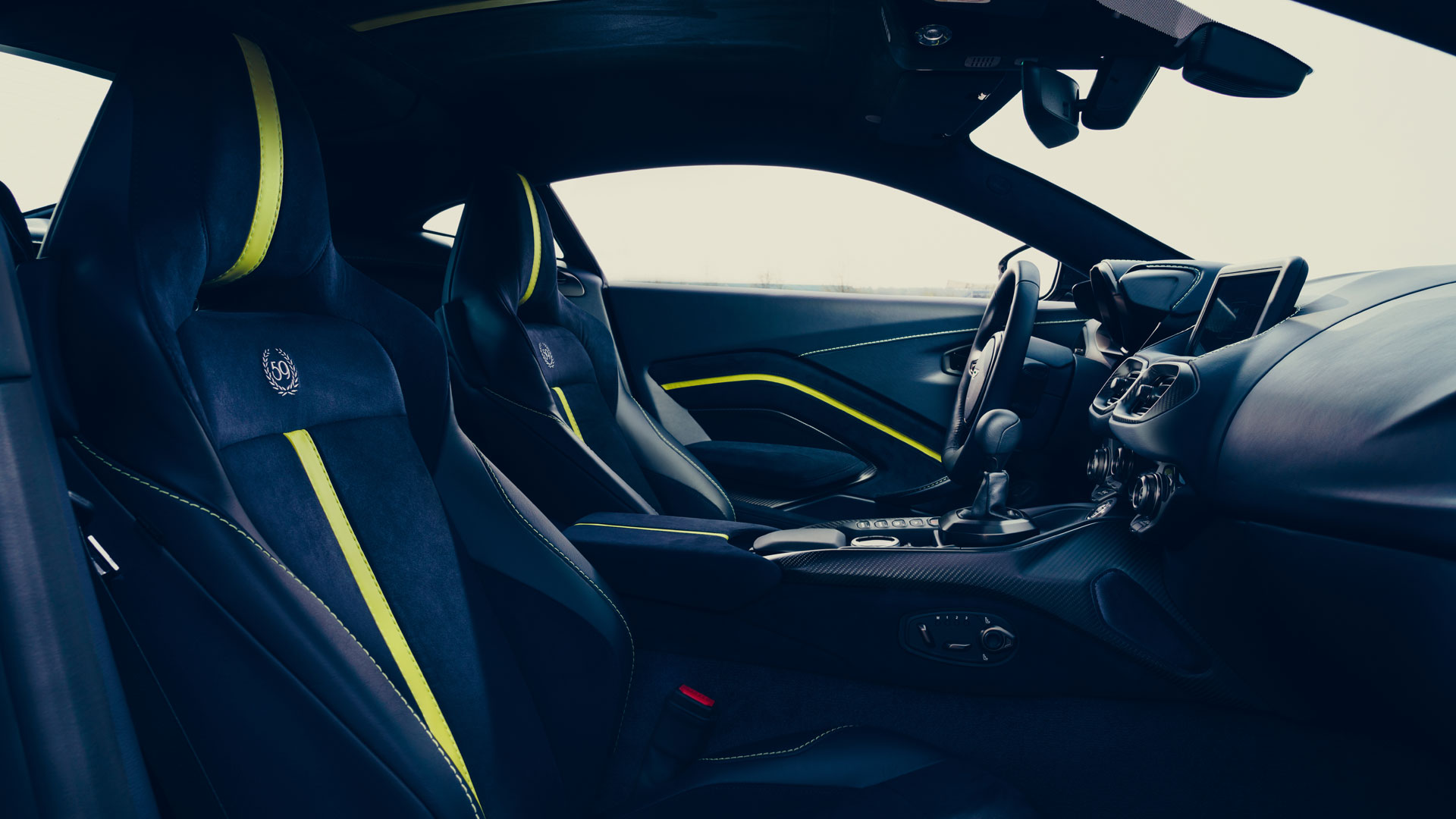 Priced at £164,995, these are offered on a first-come-first-served basis and also feature a Dark Knight leather and Alcantara interior, finished with a signature AMR lime stripe and stitching. These are the AMRs most likely to be squirrelled away in an air-conditioned basement for investment purposes.

Andy Palmer, Aston Martin Lagonda president and group CEO, said: “When I joined this company, customers asked and, as a gearbox engineer and racer, I promised that we would always offer a manual transmission in our line-up.

“The Vantage AMR not only honours that commitment, but sets us apart from our competitors in continuing to offer a three-pedal option. In a world of autonomous robo-taxis, Aston Martin will continue to advance the art and science of performance driving. 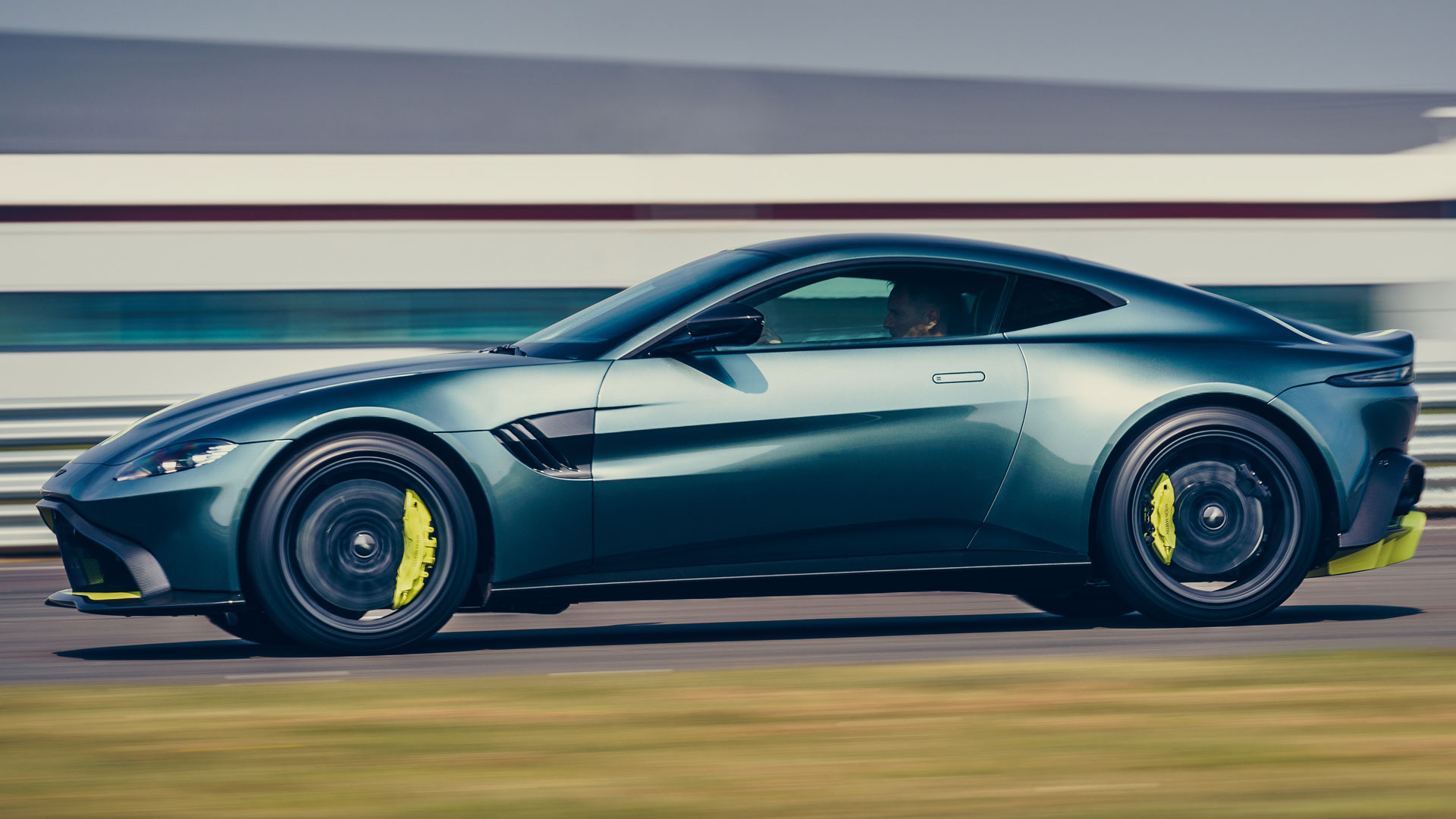 “With the Vantage AMR, we have created a thoroughly modern sports car that rewards effort and focus from the driver; the antidote to driving a computer game.

“With the Vantage GTE set to race again at the 24 Hours of Le Mans in June, I hope that those customers who are lucky enough to take ownership of a Vantage 59, will have even more reason to celebrate with their new car”.