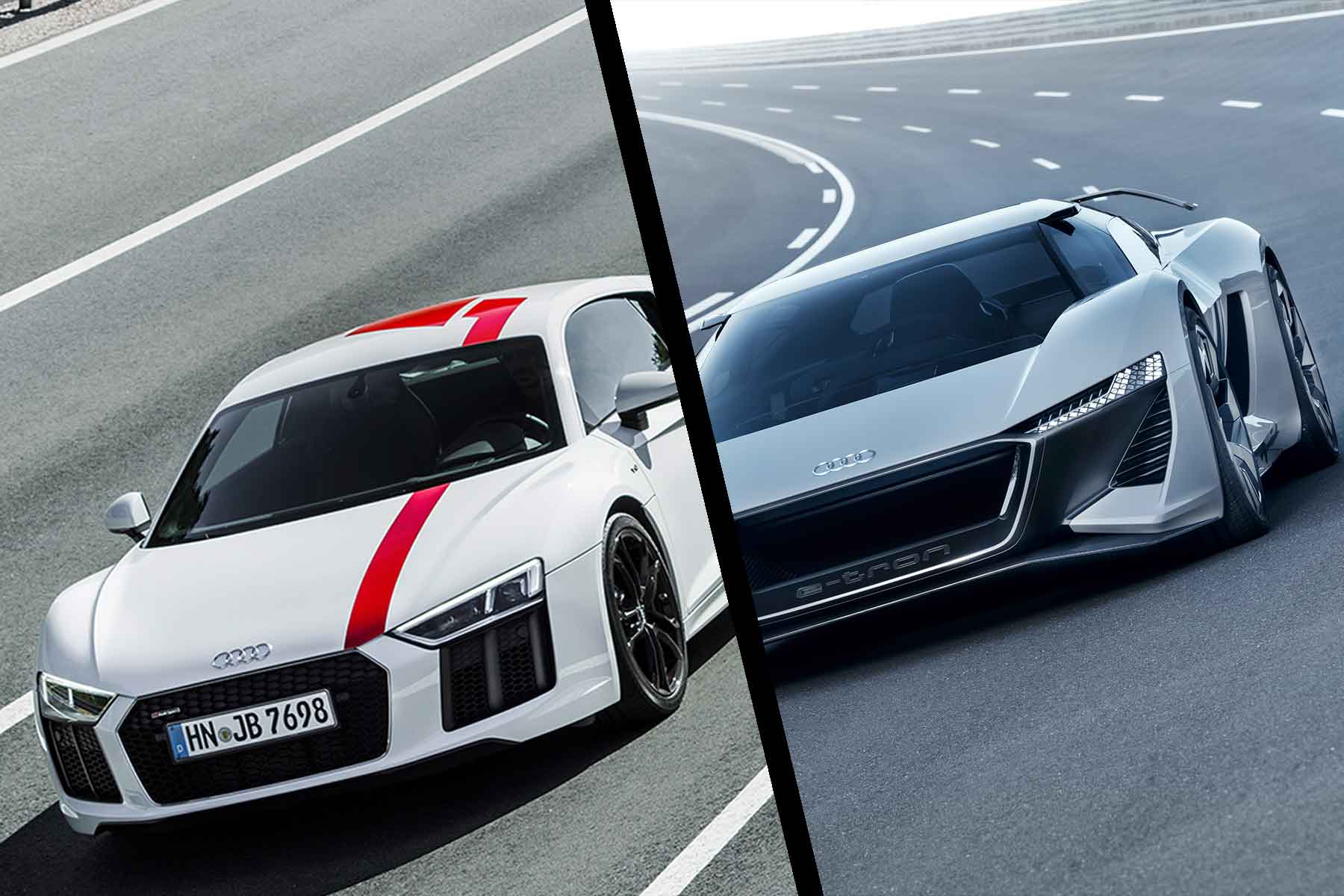 The Audi R8 is this era’s original Honda NSX. It is the mainstream paint (and build) by numbers supercar, with total production from its 2006 debut to date at around 30,000 units. It does everything that is required for a price that, by supercar standards, is a bargain, with few frills and all the bombproof integrity those four rings atop its snout suggest.

The thing is, this era is fast becoming the last era, with upstart manufacturers like NIO and Rimac cropping up. They’re showing us what’s possible with new and alternative electric-centric technologies, and upsetting the supercar status quo.

The biggest paradigm shift in the history of motoring is underway, and now, with the debut of the PB18 concept at Pebble Beach, Audi is bang on it, too. Its preview shows how an EV-powered future could revolutionise one of the most exotic cars on the road. 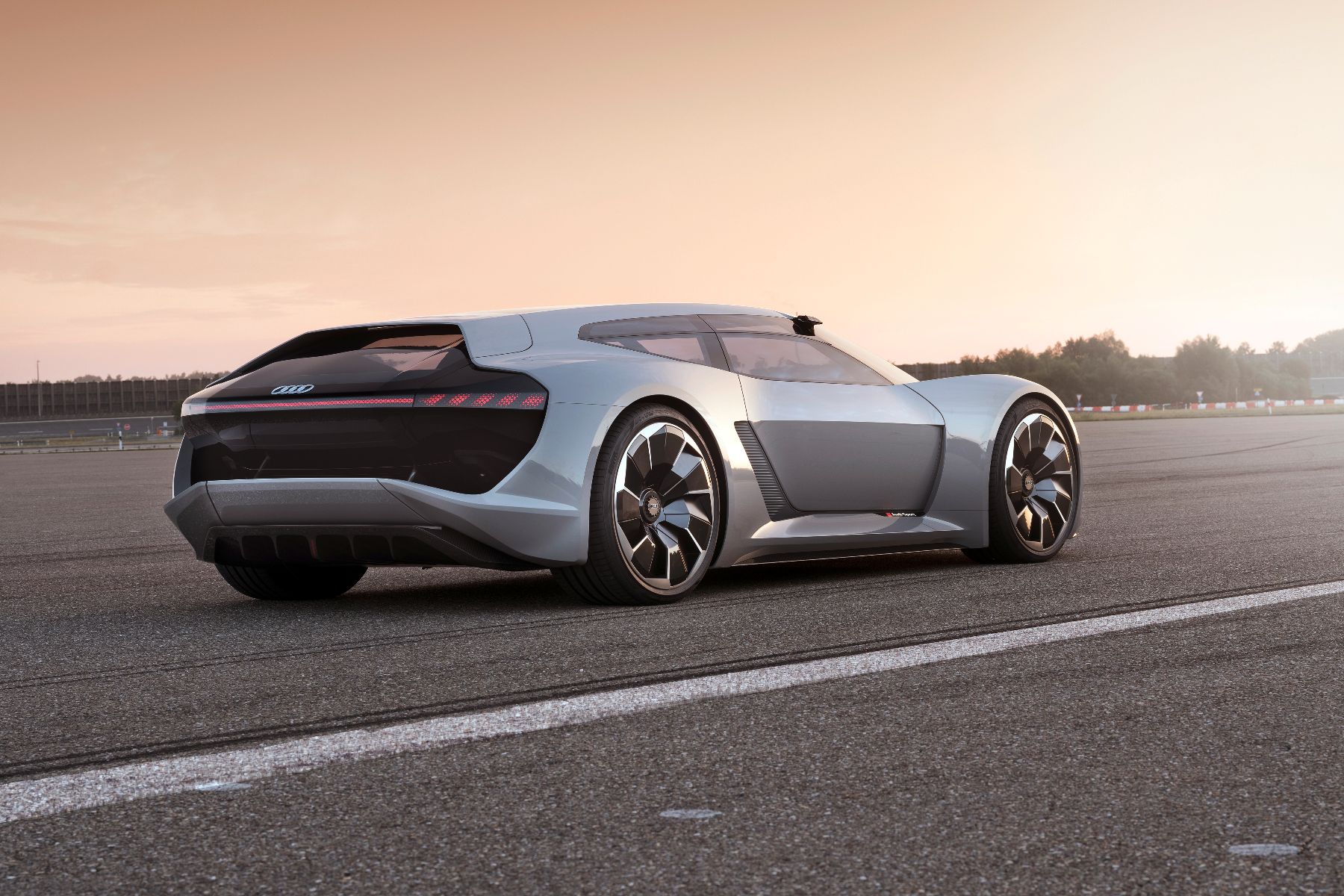 In contrast to the archetypal supercar silhouette that is the R8, the PB18 concept is unlike anything we’ve ever seen. It sports a shooting-brake style body atop muscular haunches, and a changeable driving position. You can go from centre to the side as per your whim.

While the moving driver’s seat smacks more of concept car gimmick, the freedom an electric powertrain affords the design department, displayed by the PB18’s supercar shooting-brake style, is something we hope to see more of in the future.

There are performance benefits to be enjoyed beyond the obvious torque and mega acceleration, too. Rimac has for years been demonstrating the limitless torque-vectoring possibilities afforded by having individual power (and braking) units on each wheel. Instant torque, combined with a lower-than-ever centre of gravity and unlimited control over power distribution, is sure to make for some truly scintillating driving dynamics, without a whiff of 98 RON to be found.

Audi is optimistic for what electric power could mean for the driving enthusiast. This is evident from the fact that the ultra-futuristic PB18, with its full EV powertrain, comes with zero autonomous capability to take over management of that 671hp, 612Ib ft powertrain for you.

Also, the whole purpose of that movable cockpit is so that the driver can be front and centre when it comes down to the business of going for a drive.

The R8 is a wonderful thing as it is. That V10, along with so many other high-performance internal combustion engines at the moment, is evidence of how far we’ve come as creators and proprietors of exciting cars. It’s one of many cars at the moment that feel like an absolute refinement of the old-school exotic car formula.

It begs the question of whether it can possibly get any better. Even Audi has suggested the R8 won’t get a direct replacement. Whether that means Audi’s flagship is to be no more at all, or if what is to come next differs such that it isn’t really a replacement, remains to be seen.

These are transitional moments in the history of the motor car . How we let burgeoning technologies change and evolve what we already love will decide how we enjoy cars for years to come. Given that change is inevitable, concepts like the PB18, which explore the outer fringes of what the next-next R8 could look like, are absolutely essential.

From what we’ve seen so far from Audi here, along with Porsche and those market disruptors like Tesla, NIO and Rimac, the future of the performance car is still exciting. If a fair bit quieter.