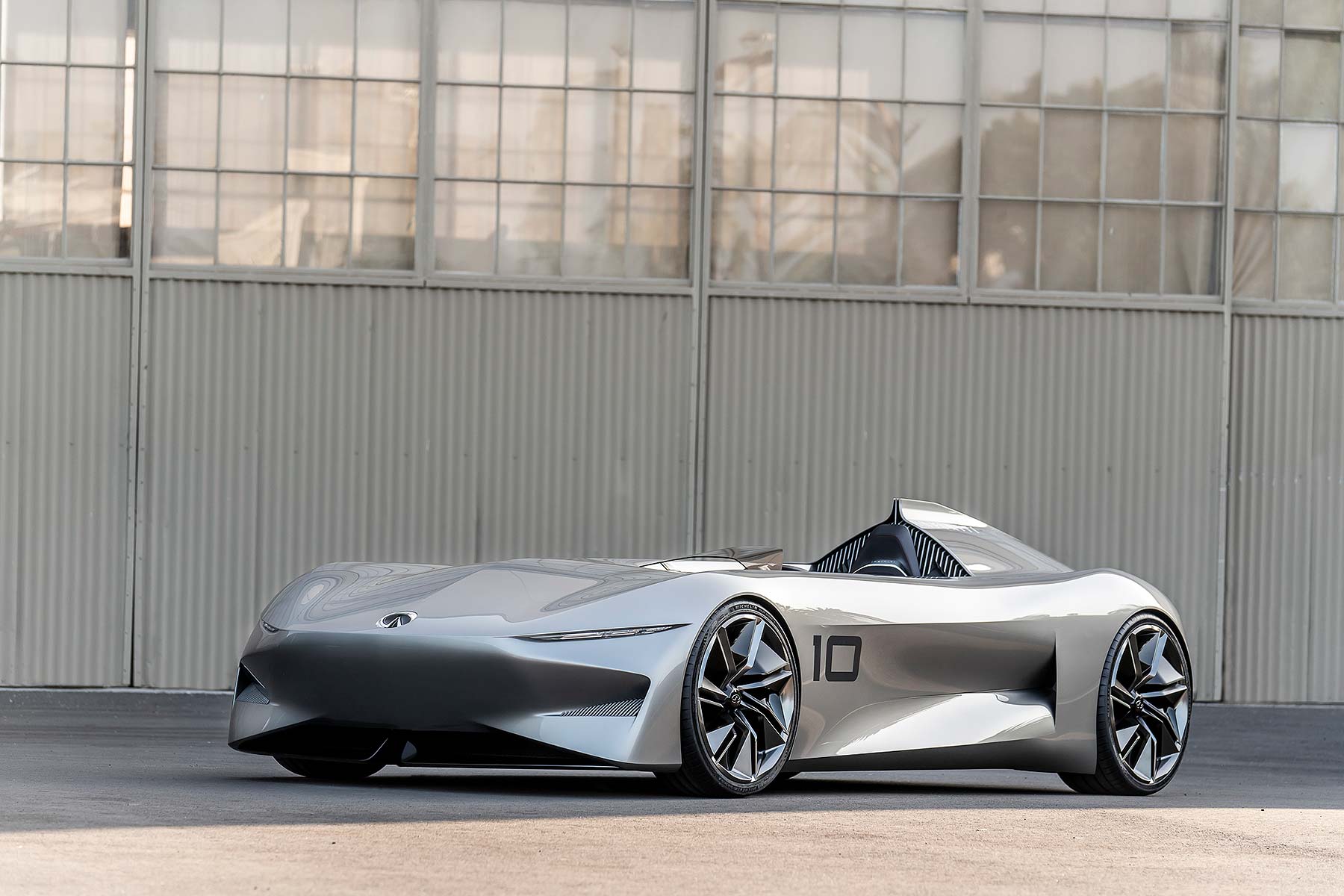 Infiniti wants to get us excited about its forthcoming range of electric cars – so, under the guidance of new design boss Karim Habib, it’s revealed a radical speedster concept at Pebble Beach called Prototype 10.

Following on from last year’s Prototype 9, the Prototype 10 is said to evoke the spirit of early Californian speedsters and is “informed by some of the most iconic car designs of all time.”

Back in the day, says Habib, “power was celebrated through high-powered single-seat competition cars. Our new concept speaks of an electrified future, something which is reflected in its form and details. 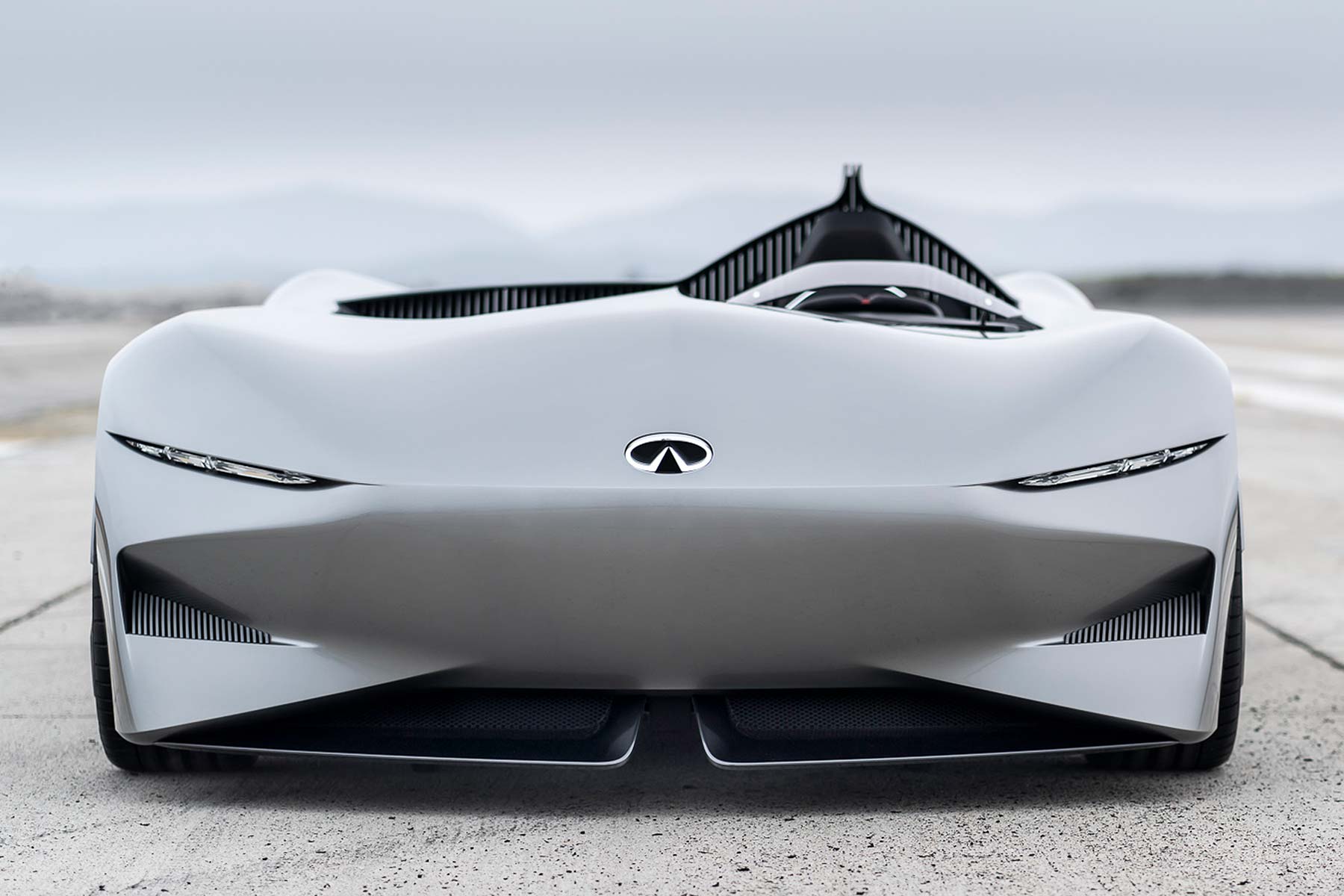 “It is appropriate that we found inspiration in an optimistic bygone era in which cars were characterised by the simple love of driving.” 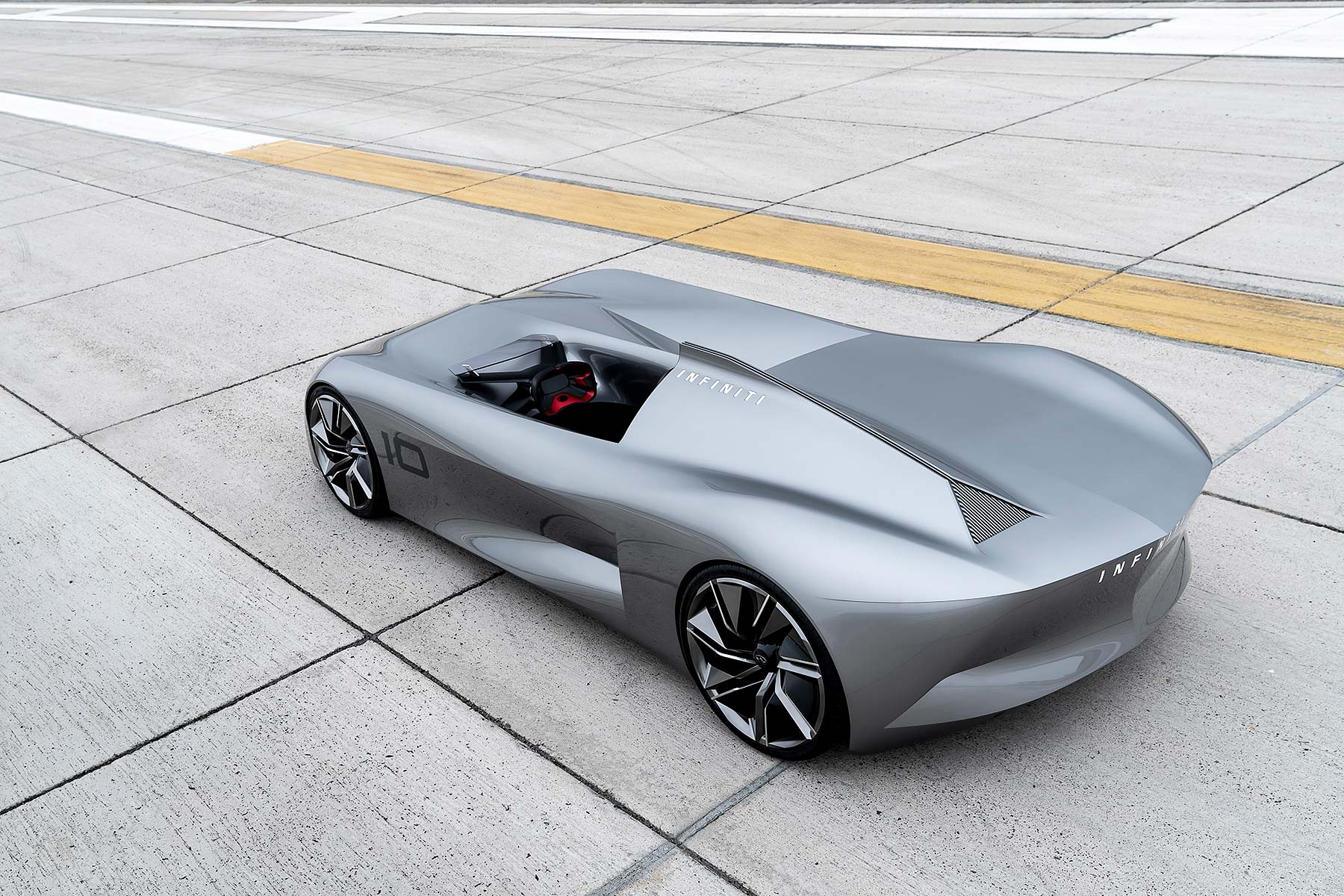 Because every new Infiniti from 2021 will be electrified, Prototype 10 is here to show us how it’s going to make them fun to drive and striking to look at. All future Infinitis will use design elements seen here. The firm hopes they’ll be as driver-focused as this speedster – literally – suggests.

Revealing it in California was intentional, says Infiniti. “California has an automotive culture all of its own, with a rich vein of individual expression empowering car fans and gearheads alike to create their own unique, hand-built machines.” 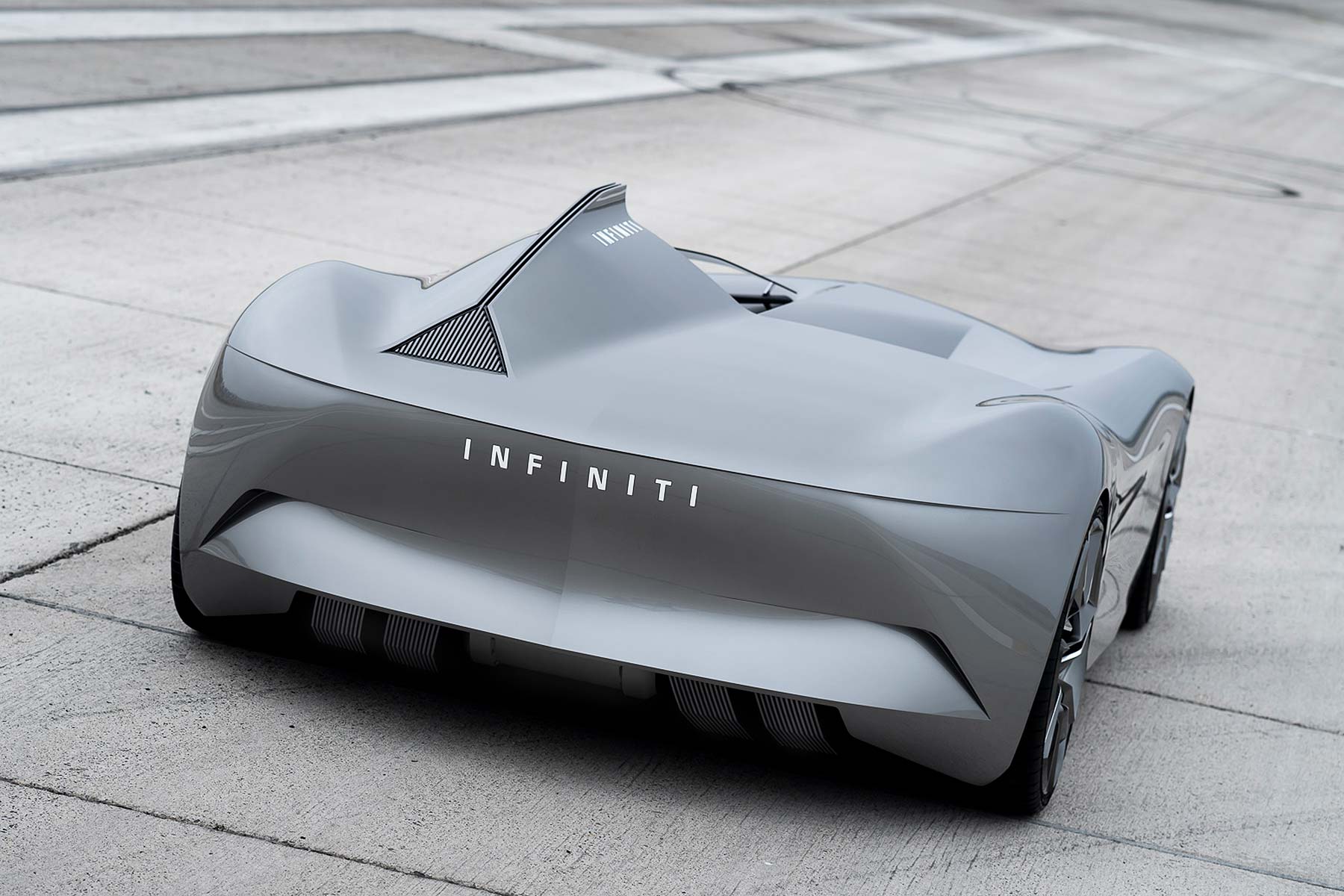 Californian auto enthusiasts like to “challenge accepted automotive norms” and the region is “intrinsically linked to the speedster body style and remains a cultural centre for independent car tuning and coachbuilding to this day.” Prototype 10, says Habib, taps into California’s unique ethos of self-expression.

Electrification for Infiniti means performance, he adds. “Prototype 10 is a physical representation of our electrified future.” 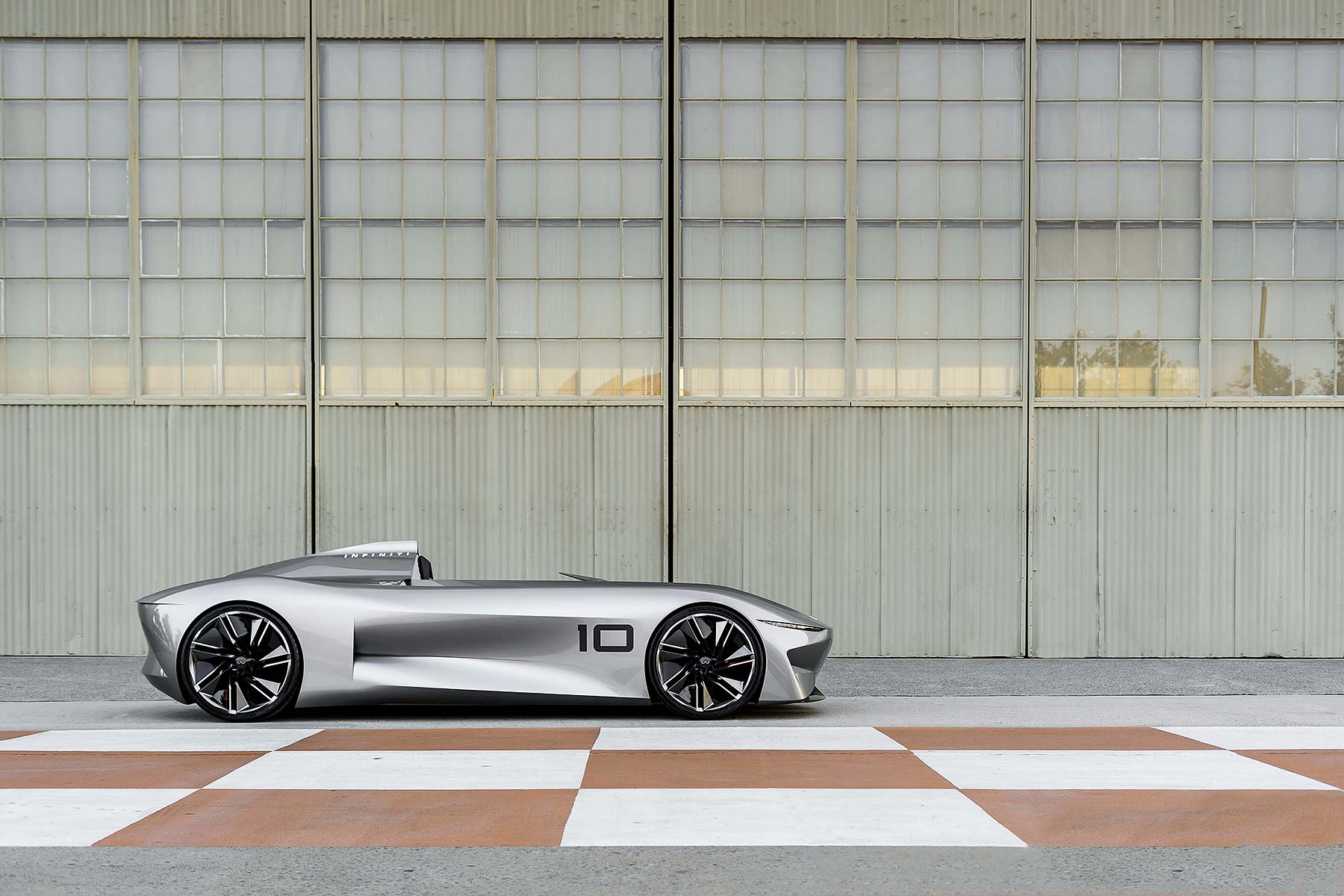 Infiniti describes Prototype 10 as having “a series of austere, straight lines… a pared-back, more geometric form… ultra-modern shapes and clean, abrupt lines punctuate a design that would otherwise be characterised by the flowing nature of its bodywork.”

Which means? Well, the preview of a new form language, one that evolves the sensuality of the recent Infiniti Q Inspiration Concept “with more purpose and aggression”.

Electric cars mark a turning point for designers, adds Infiniti president Roland Krueger: they can explore different proportions without the need to package stuff like engines, gearboxes and fuel tanks. “This new design language prioritises clean, efficient lines with which we can articulate a new, confident design language.” 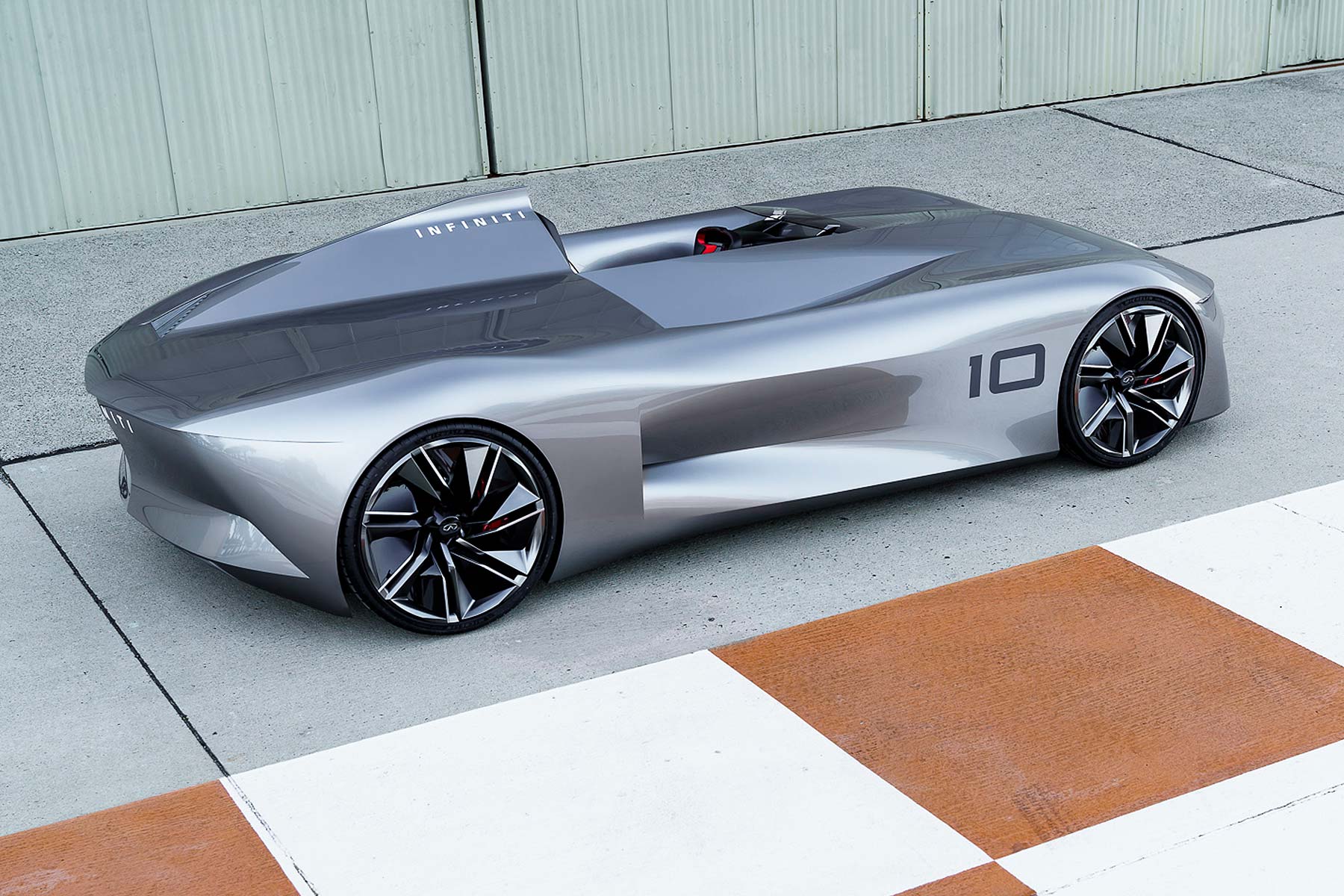 Of course, it’s not a car with production intent. It’s only a design study, albeit a striking one. But the firm wants it to clearly show how flexible its future platforms and drivetrains are going to be: “electrification provide new opportunities for the design and layout of our cars,” said Habib.

Which is exciting news for all of us. For years, cars like this have been limited to the gearhead scene of California. But if the flexibility of tomorrow’s electric cars means they could become a series production reality, the EVs of tomorrow could unexpectedly be set to give us all a taste of pure car culture. 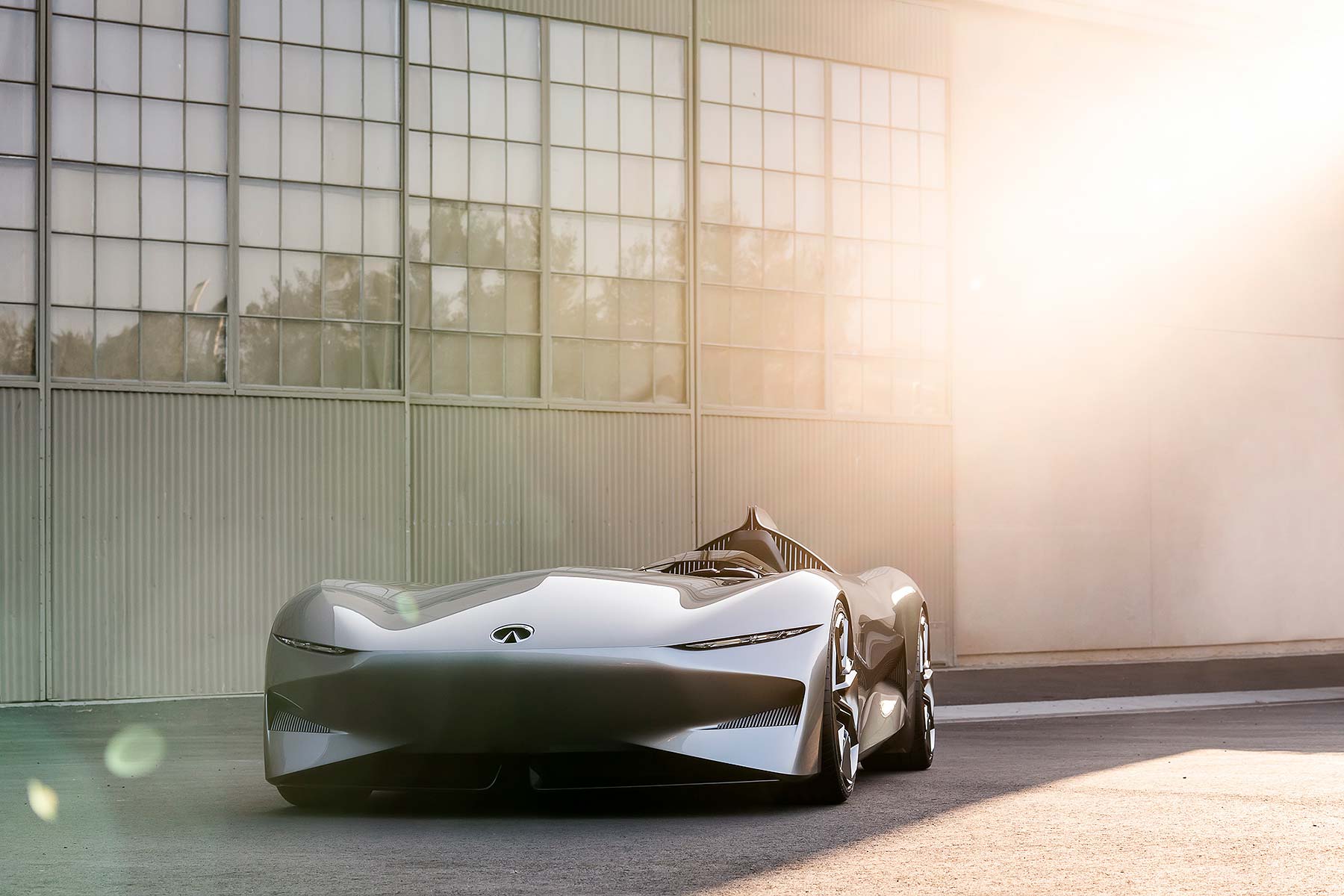 It’s a fantasy concept today. But is Infiniti suggesting cars like Prototype 10 could, thanks to electric power, be realistic realities of tomorrow? It’s an exciting thought…