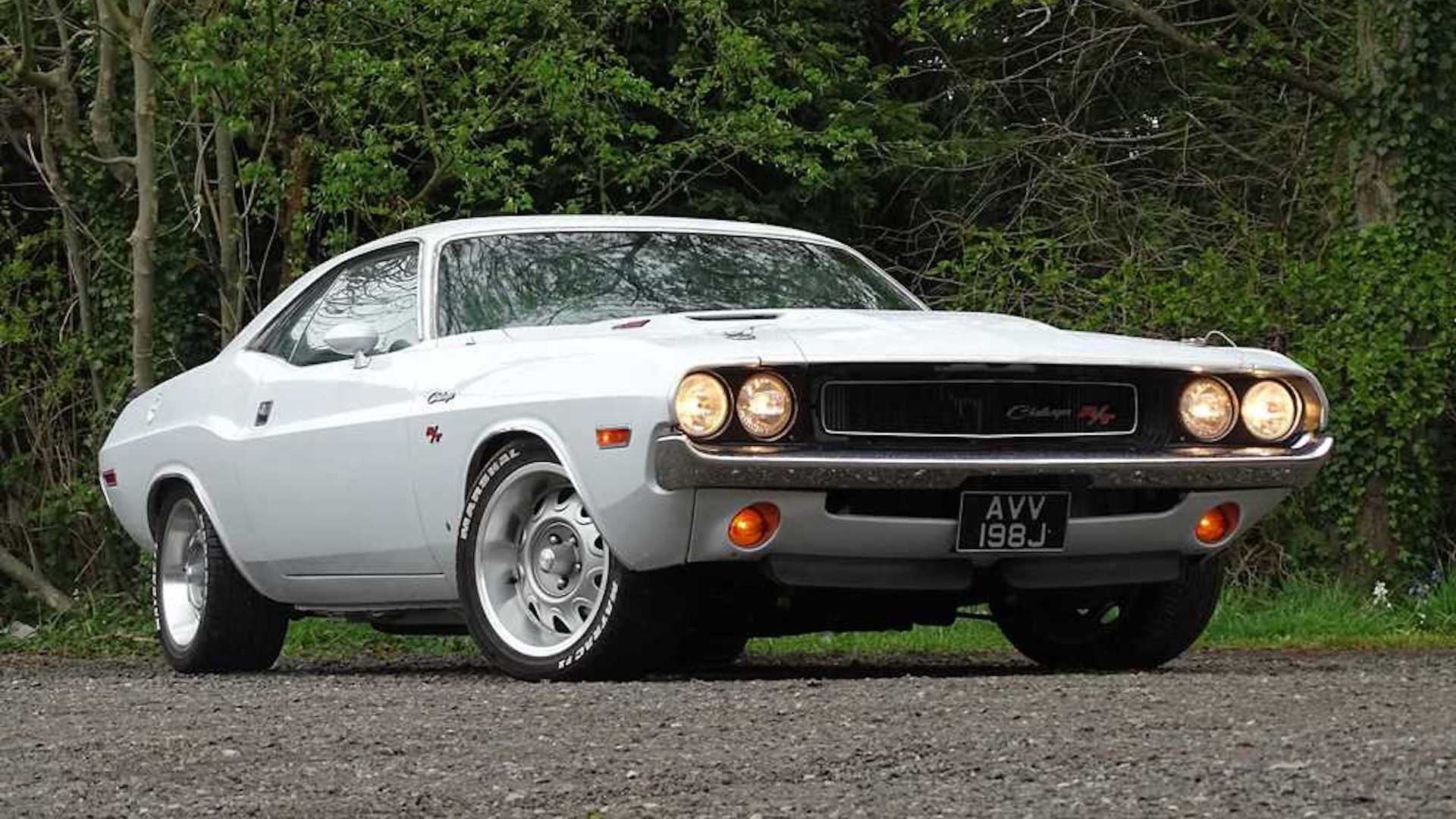 One of the cars for sale at the upcoming H and H Classic Motor Car Auction has a special movie connection.

The 1970 Dodge Challenger R/T included in the sale is said to have been inspired by Vanishing Point, the 1971 cult classic film.

For fans of the movie, or Detroit muscle in general, this represents a relatively rare chance to buy a desirable ‘70 Challenger. 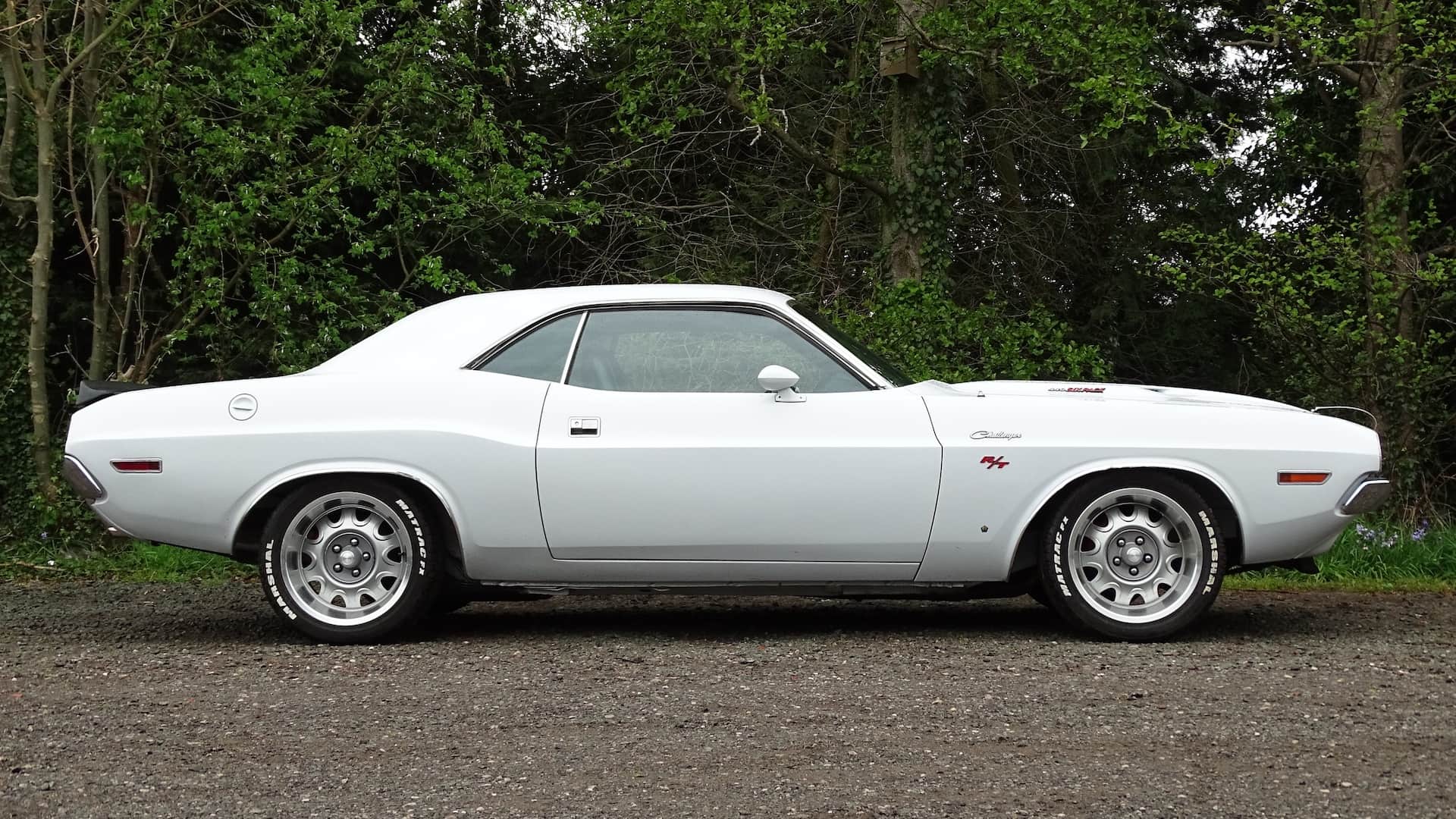 Introduced in late 1969 for the 1970 model year, the Dodge Challenger was intended to take on the Ford Mustang and Chevrolet Camaro. Smaller than the Charger, it was offered in either coupe or cabriolet body styles.

With more than 76,000 sold in the first year, the Challenger certainly captured the wallets of many Americans. It also caught the attention of the production team making Vanishing Point.

“Speed means freedom of the soul” 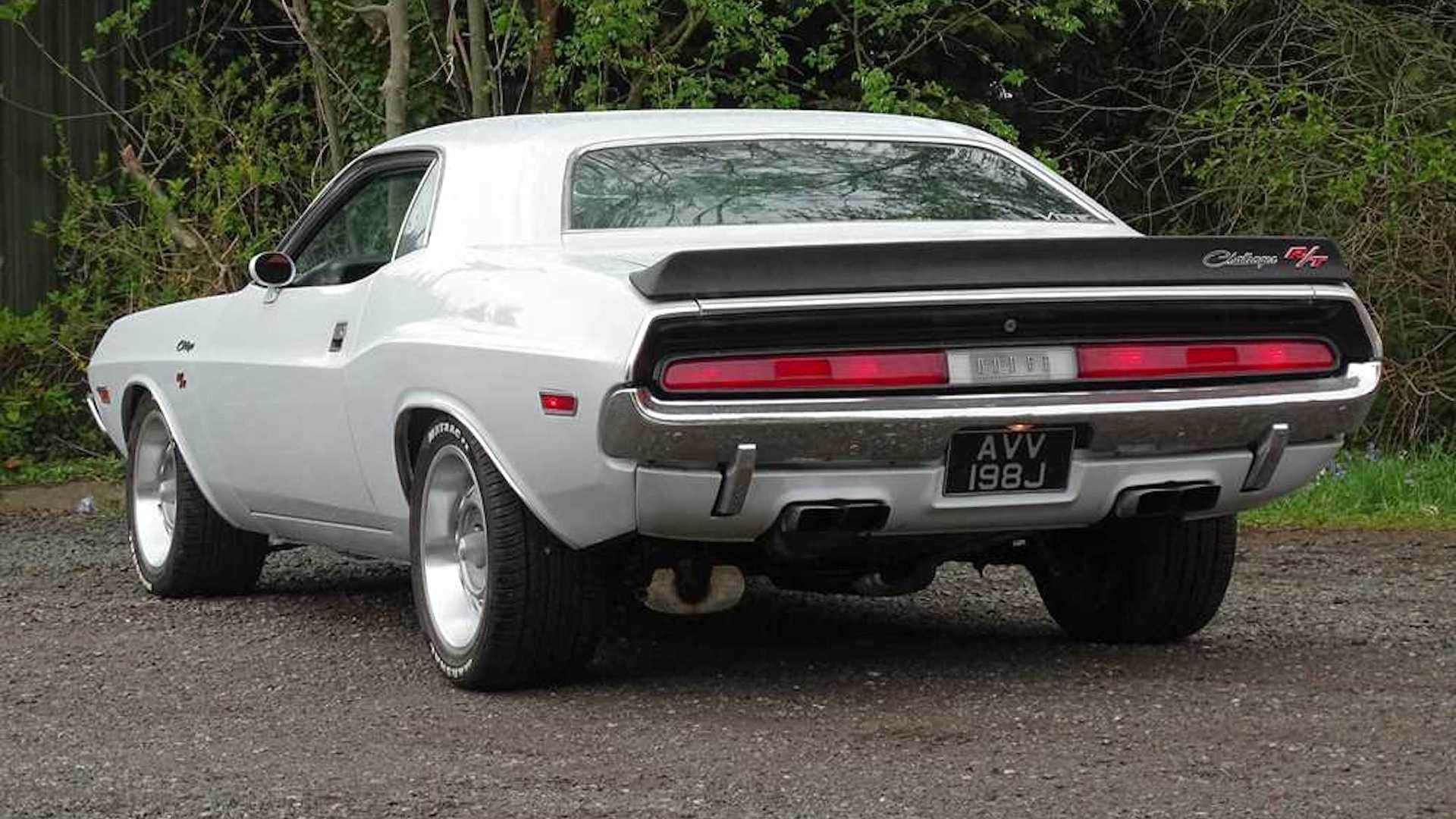 A total of five brand-new Dodge Challenger R/Ts were supplied for the production of the 1971 film, all finished in Alpine White. No factory modifications were made, with the cars prepared by stunt coordinator Carey Loftin, who had previously worked on Bullitt with Steve McQueen.

Along with trying to evade the police, Kowalski also meets and inspires numerous characters along the way.

American rock band Audioslave would use the film as the basis for the music video accompanying their 2003 single “Show Me How to Live”.

“Kowalski, can you hear me?” 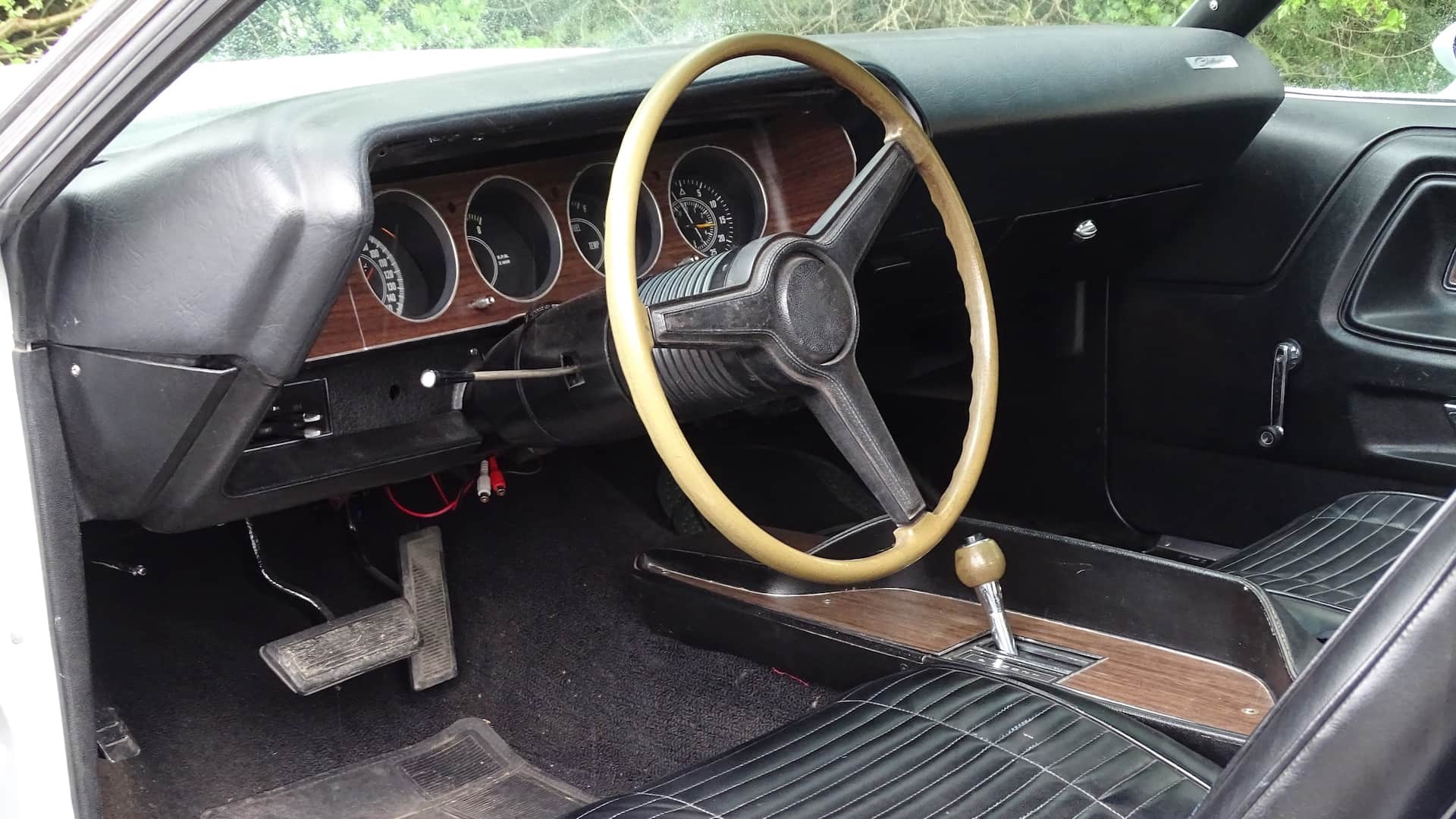 The seller of this particular Challenger R/T was clearly a fan of Vanishing Point, using the film as a starting point for the restoration work on the car.

A combination of Alpine White paintwork, and a black vinyl interior, mean the car apes the one used by Kowalski. Larger deep-dish wheels, and a Challenger T/A-style rear spoiler, have been added for extra visual impact.

Inside remains the same as when it left the Chrysler factory in Hamtramck, Michigan in 1970. This means a three-spoke steering wheel, along with a Rallye dashboard finished with woodgrain trim, as was standard for all R/T cars. 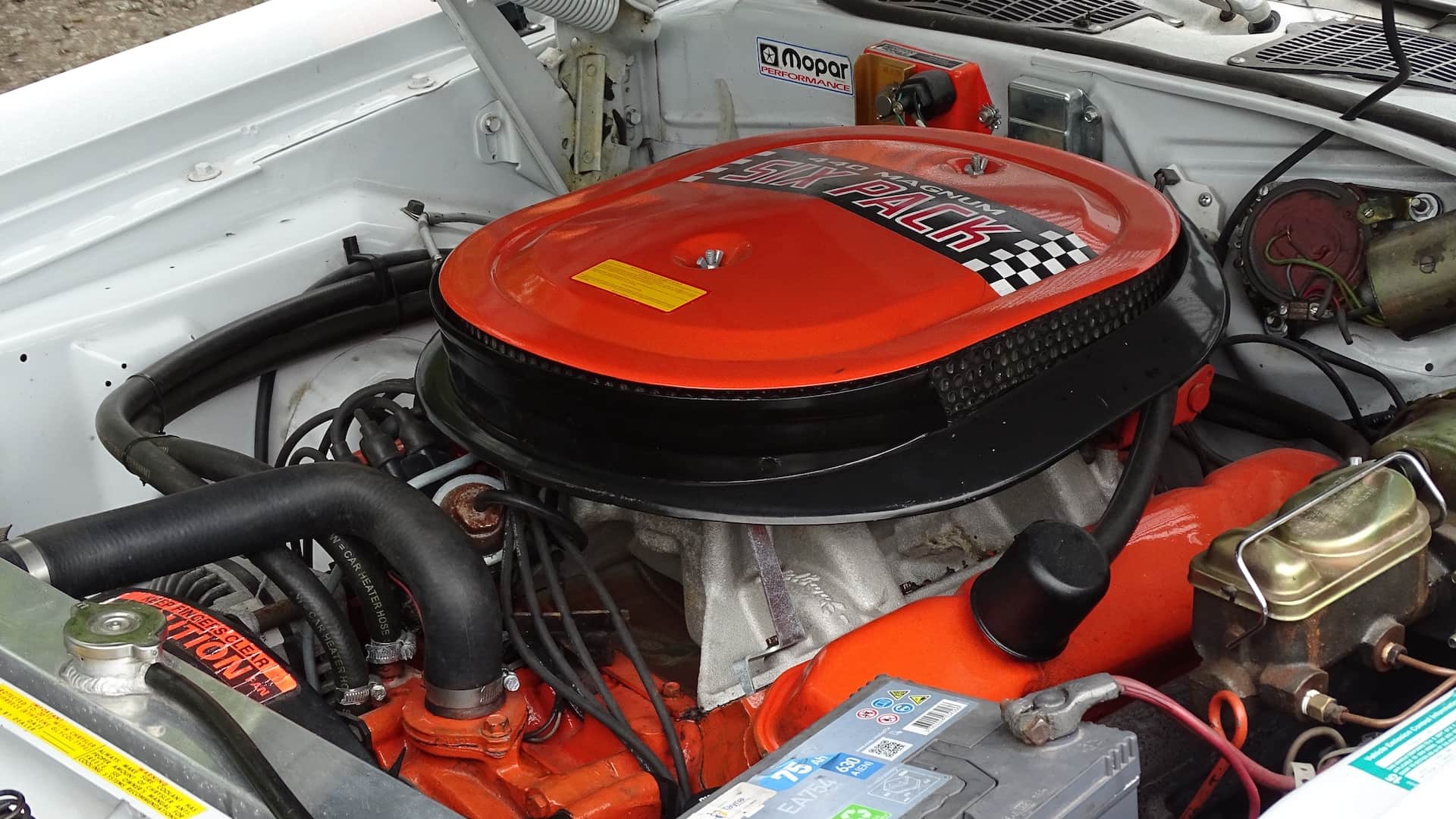 Being cheaper than the 426 Hemi option, but still with serious performance, made the 440 R/T a popular choice for Mopar fans. Contemporary road tests claimed it would hit 0-60 mph in around 6 seconds, and run a quarter-mile sprint in under 14 seconds.

An optional three-speed automatic transmission was specified for this car, whilst it also wears an exhaust system with quad tailpipes.

“Patiently. That’s the only way to wait for somebody.” 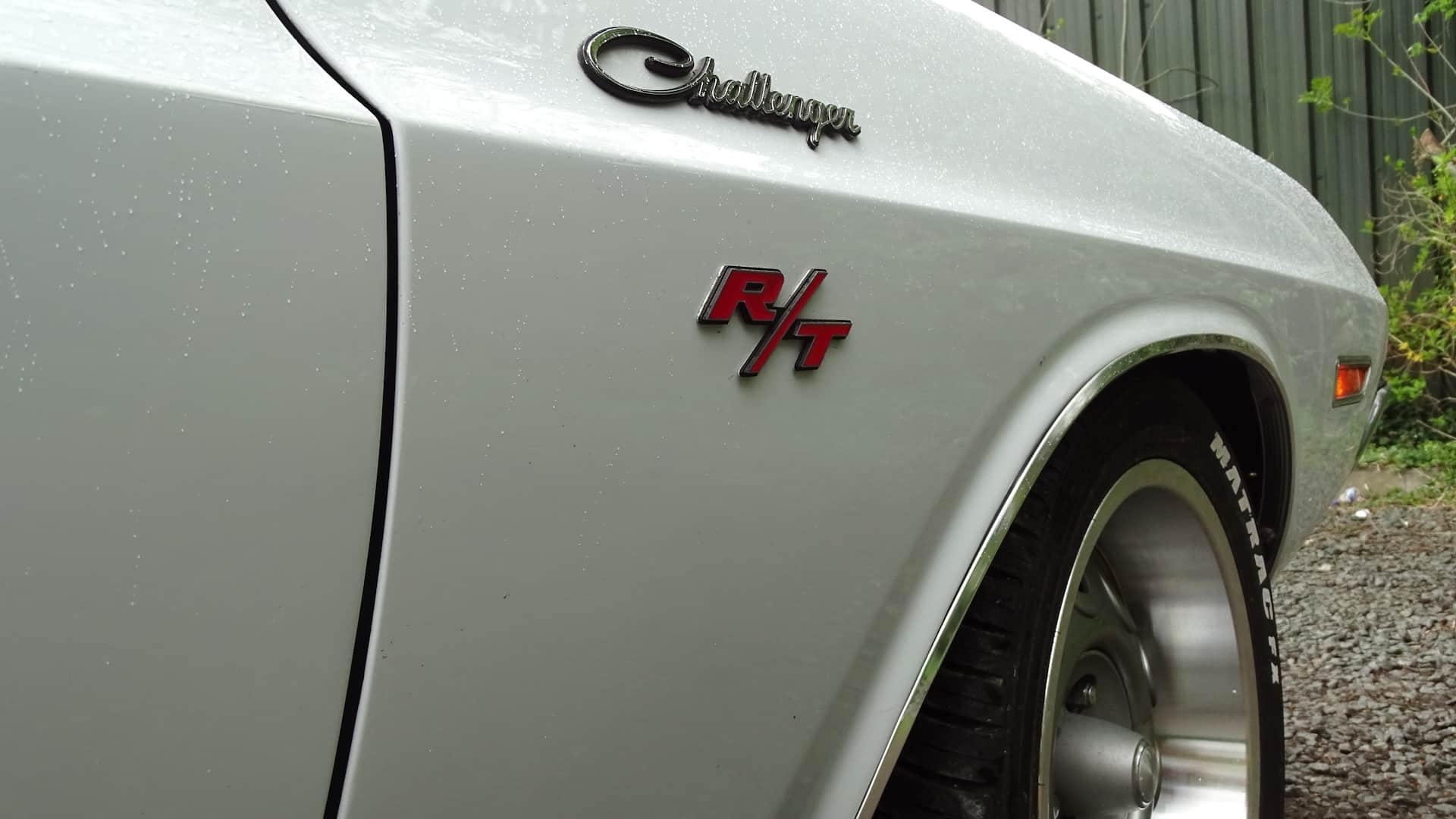 Opportunities to buy true muscle cars like the E-Body Challenger in the UK are rare occasions. The chance to purchase a desirable 1970 model year Challenger R/T, with inspiration from Vanishing Point, is rarer still.

The H and H Classic Motor Car Auction will take place on Wednesday 29th April. To ensure the safety of staff and bidders, the sale itself will take place behind closed doors with being placed by telephone or made online.

Sinister 2003 Mercury Marauder up for sale

The Kia Telluride is the official 2019 Car of Texas