Classic Porsche is ready for topless motoring, with an original engine and even a hardtop in case the weather turns bad 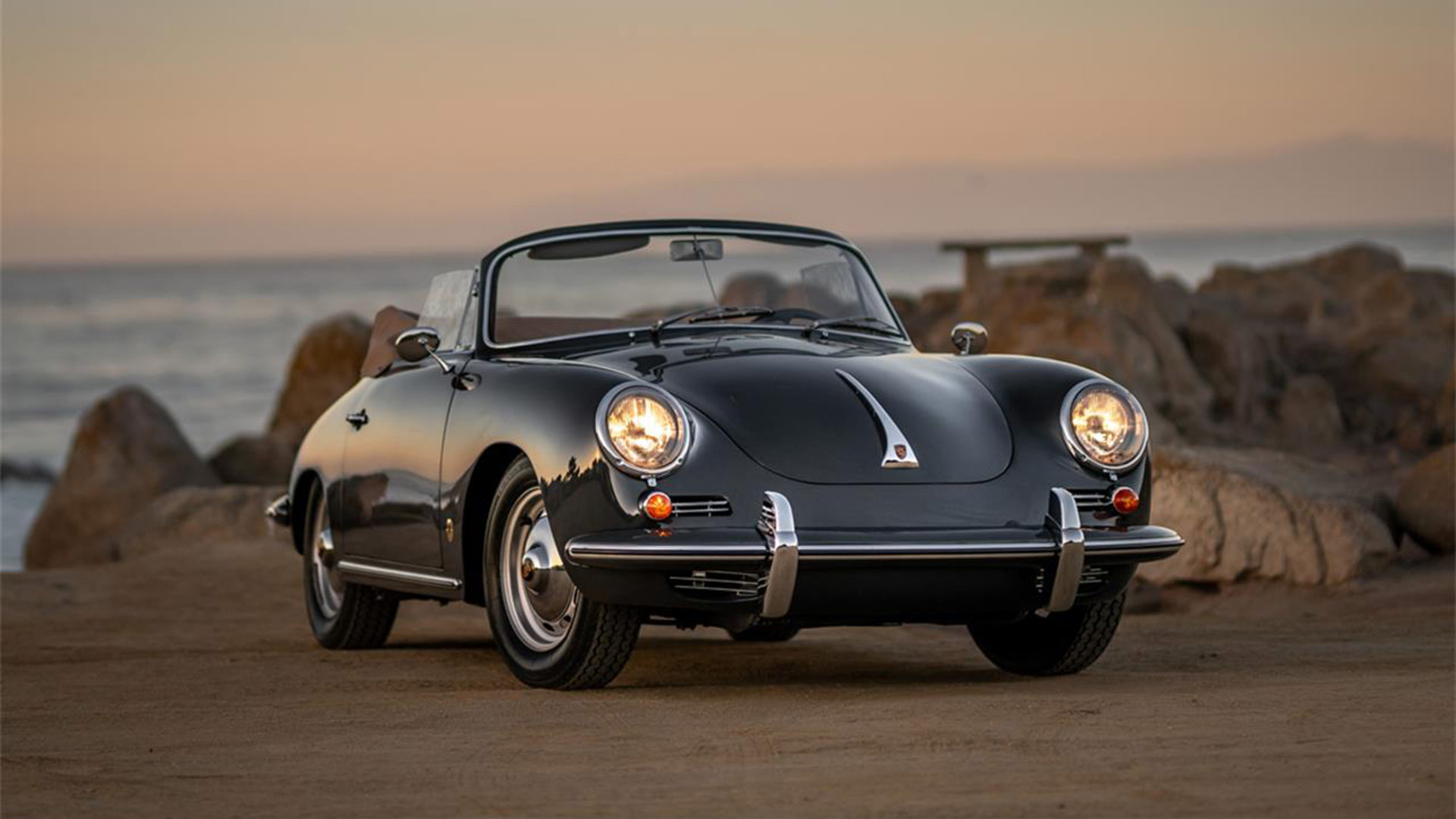 With the Northern Hemisphere still gripped by winter, cruising along the beachfront in a classic convertible might seem like a distant dream.

But, if you like to be prepared for summer fun, you could start planning ahead by adding a new sports car to your garage.

Currently listed for sale by Mohr Imports on ClassicCars.com at $149,500, this 1963 Porsche 356 B Cabriolet could certainly help achieve those summertime goals.

From Stuttgart with love 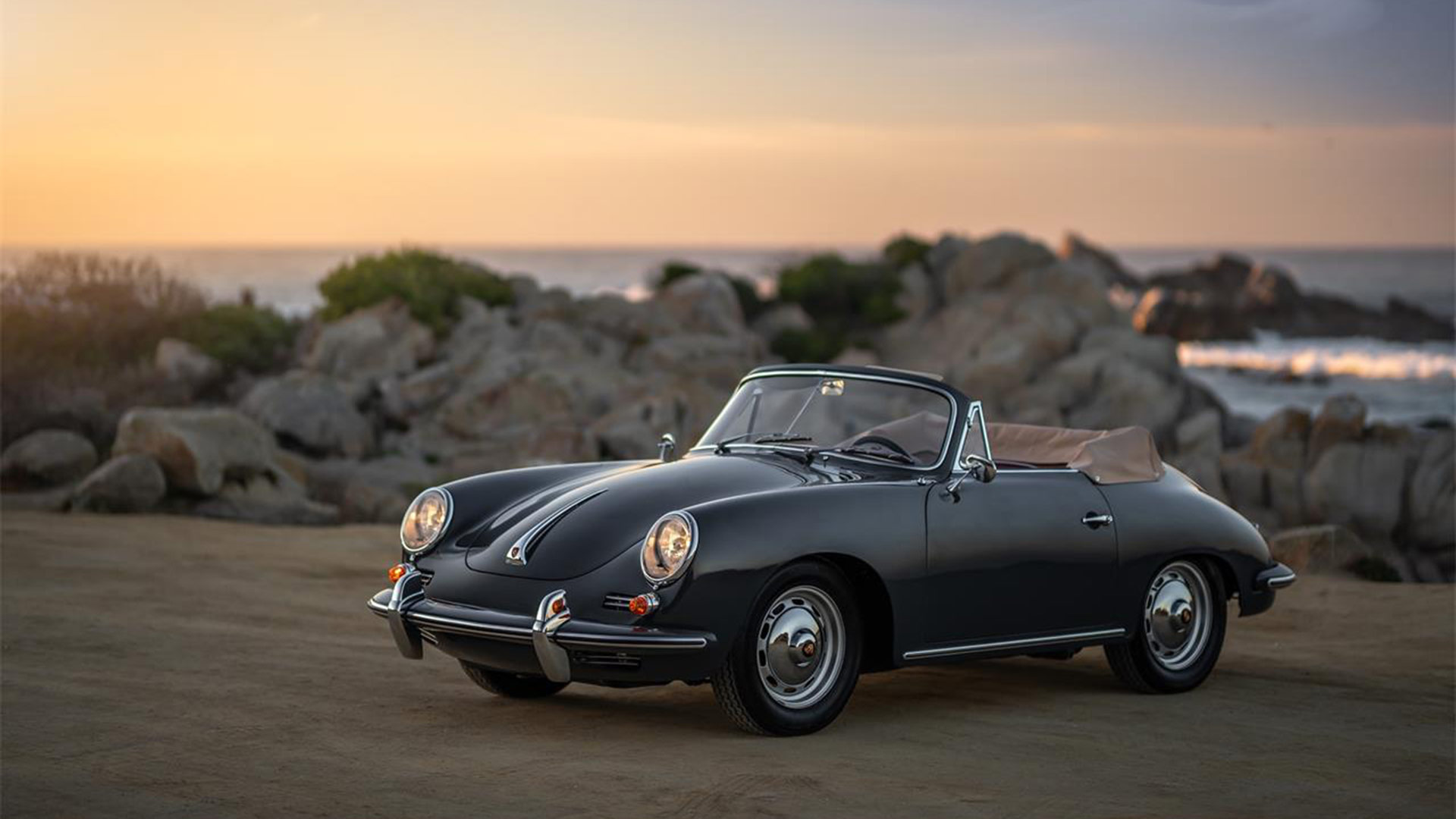 Porsche 356 models have established themselves as a dependable option for those investing in classic cars. Values have remained constant in recent years, avoiding the decline seen by other collector models.

It means that whilst some may baulk at the idea of paying more than double the price of a new 2020 Porsche Boxster, this 356 B is at least on par with expected prices.

Helping justify the price tag is the ground-up restoration work that the car was subject to. This work was commissioned by a previous owner, with documents recording this included. 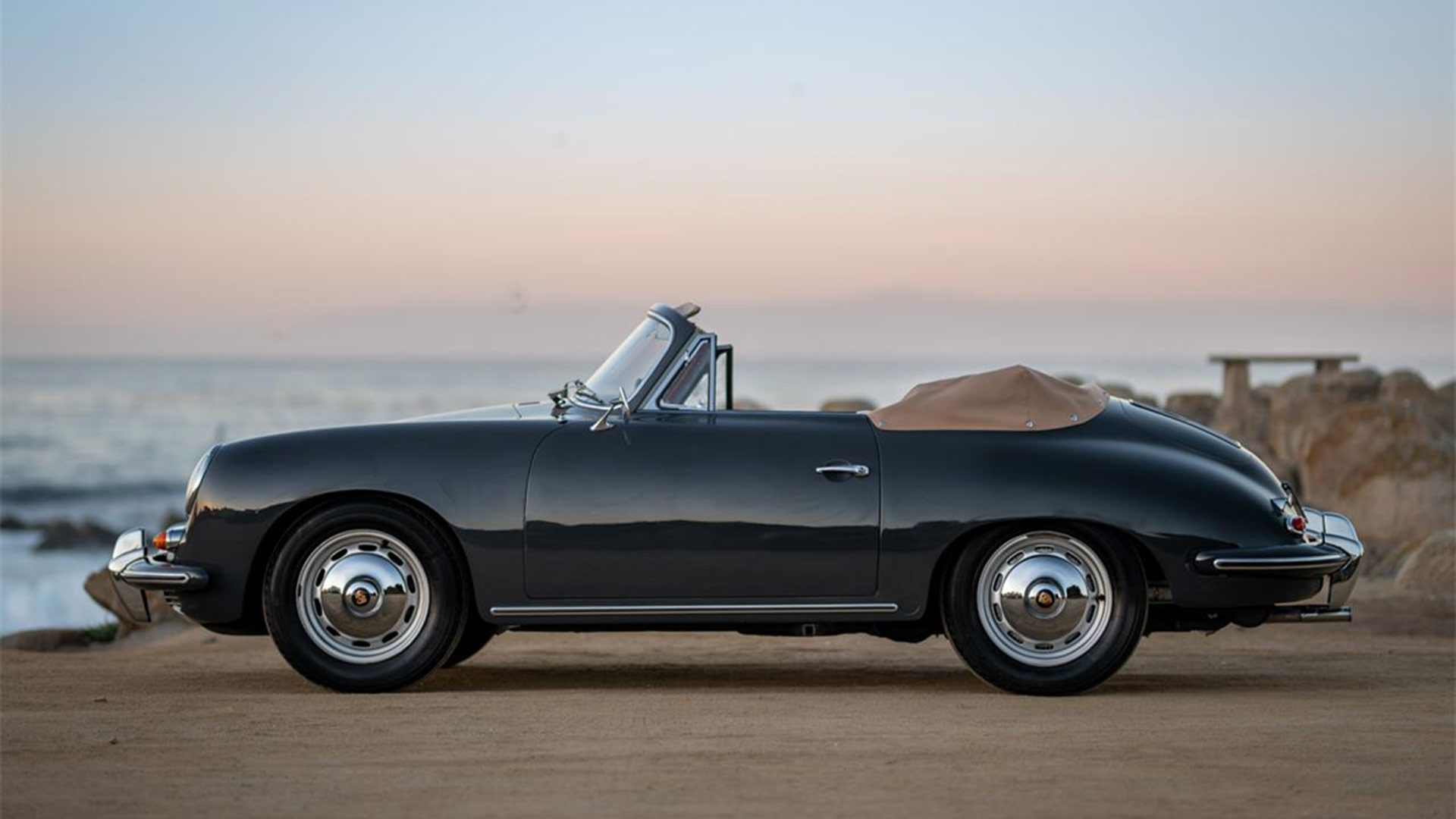 Being a 356 B makes the one of the later examples in a Porsche family that spanned two decades. Introduced for 1960, the rear-engined 356 B gained numerous styling tweaks to distinguish it from previous versions.

A fuel-filler cap mounted in the front fender, and an engine cover with twin grilles, were some of the alterations. Porsche also added raised headlights for the 356 B, along with details such as a bigger handle to open the front trunk.

Cabriolet versions of the rear-engined 356 B were relatively rare and expensive. The folding soft top roof and wind-up side windows pushed the starting price to more than that of a Chevrolet Corvette. 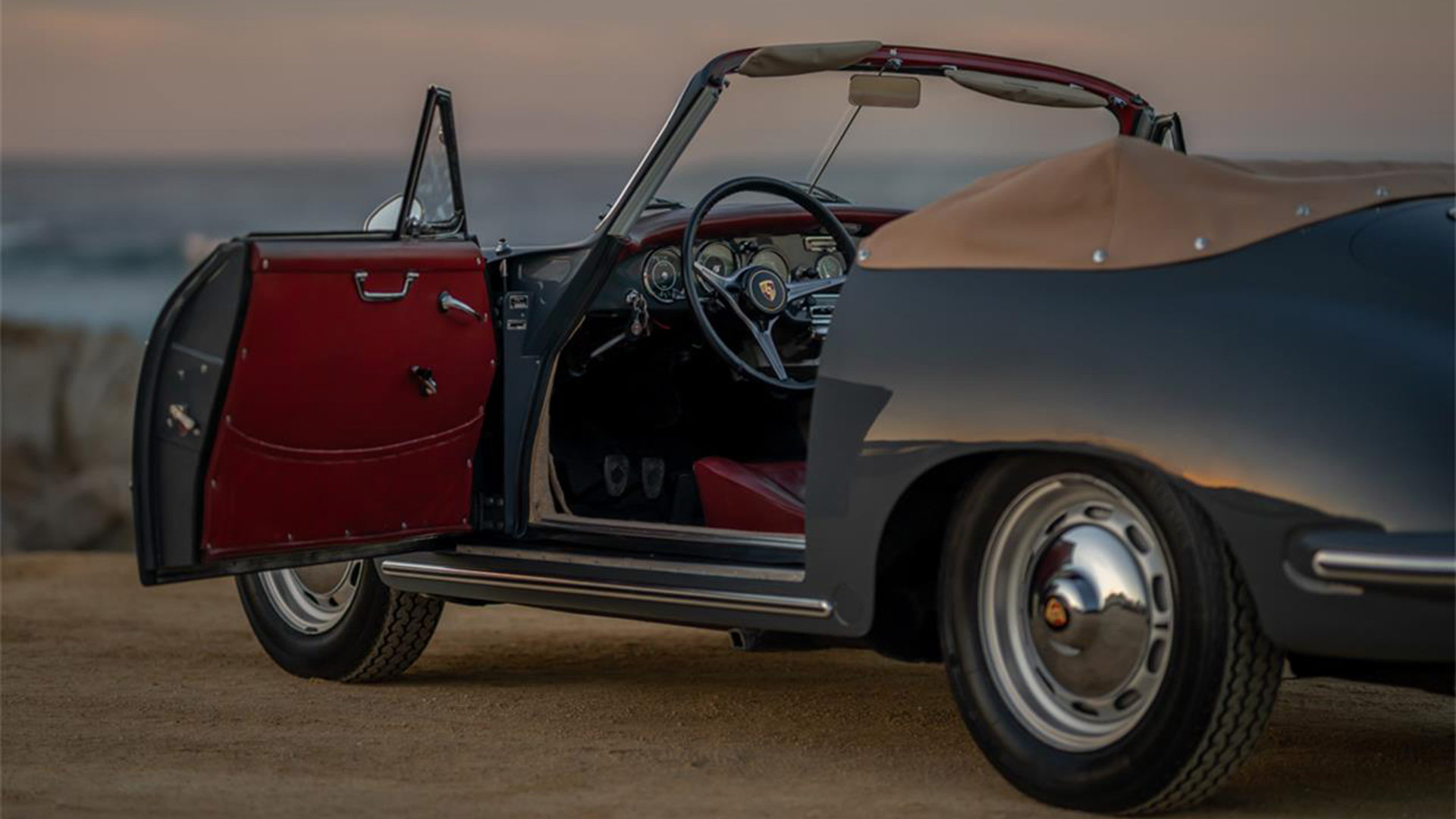 This particular car has retained its original ‘Normal’ 1.6-liter flat-four engine, as confirmed by the Porsche Certificate of Authenticity. The four-speed transmission has been replaced by a unit from an earlier car.

A disc brake conversion has been undertaken on the front axle, replacing the standard drums. The seller notes that this helps the car perform better in modern traffic, and that 356 B feels planted on the road.

Continental tires have been fitted, with the spare wheel in the front trunk also present. 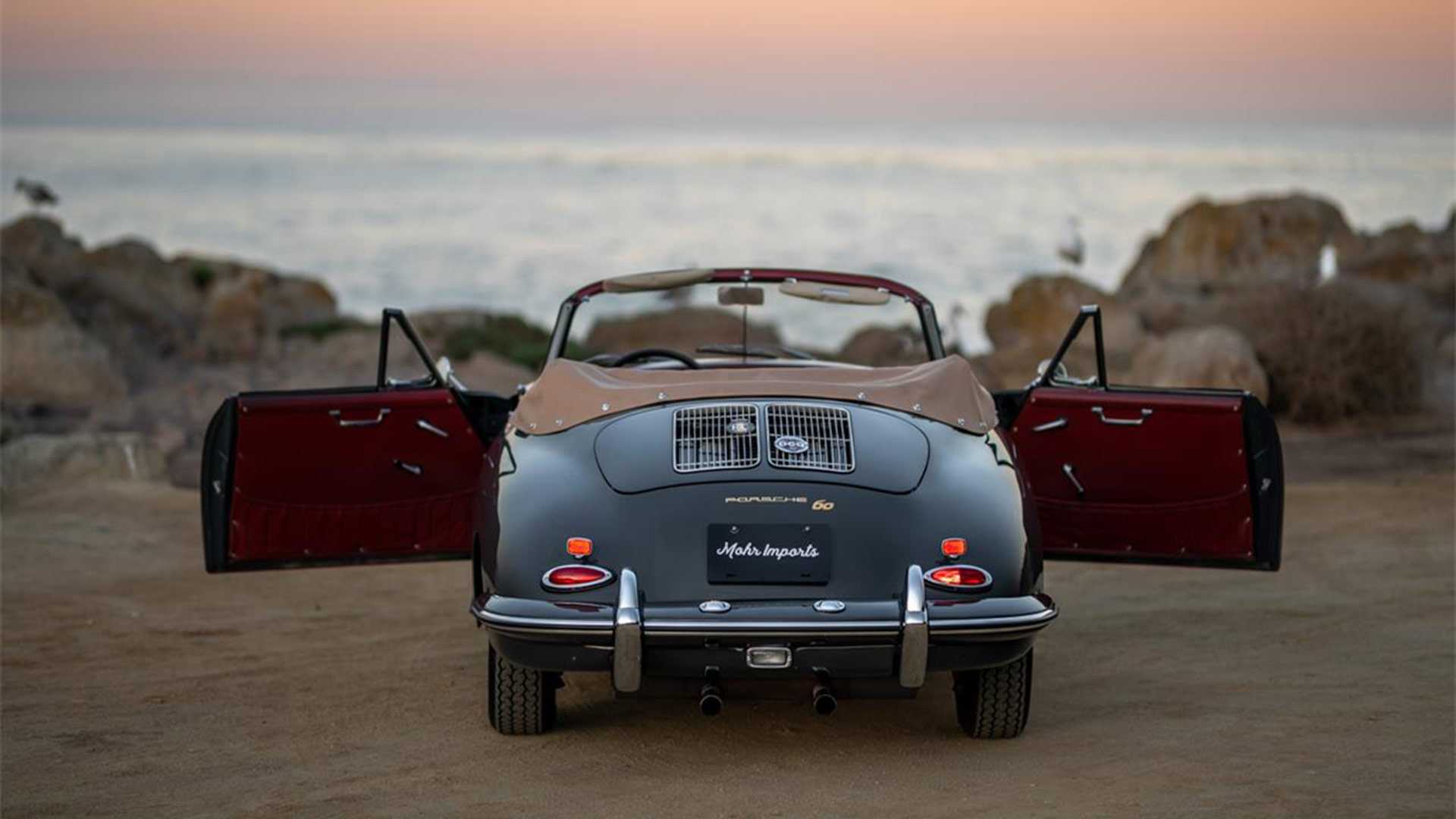 According to Mohr Imports, the Slate Grey paintwork matches the original color code, and has been recently resprayed. Chrome brightwork is said to be generally good, with only minor evidence of wear. New wing mirrors have been added, too.

One of the notable features of this 356 B is that it comes with a rare matching factory hardtop. Other fitted options include a Blaupunkt radio with two speakers.

The red leather upholstery appears to have been dyed previously, looking a deeper color than Porsche’s usual hue. Some minor wear can be found inside, but no parts are cracked or broken.

California dreamin’ on such a winter’s day 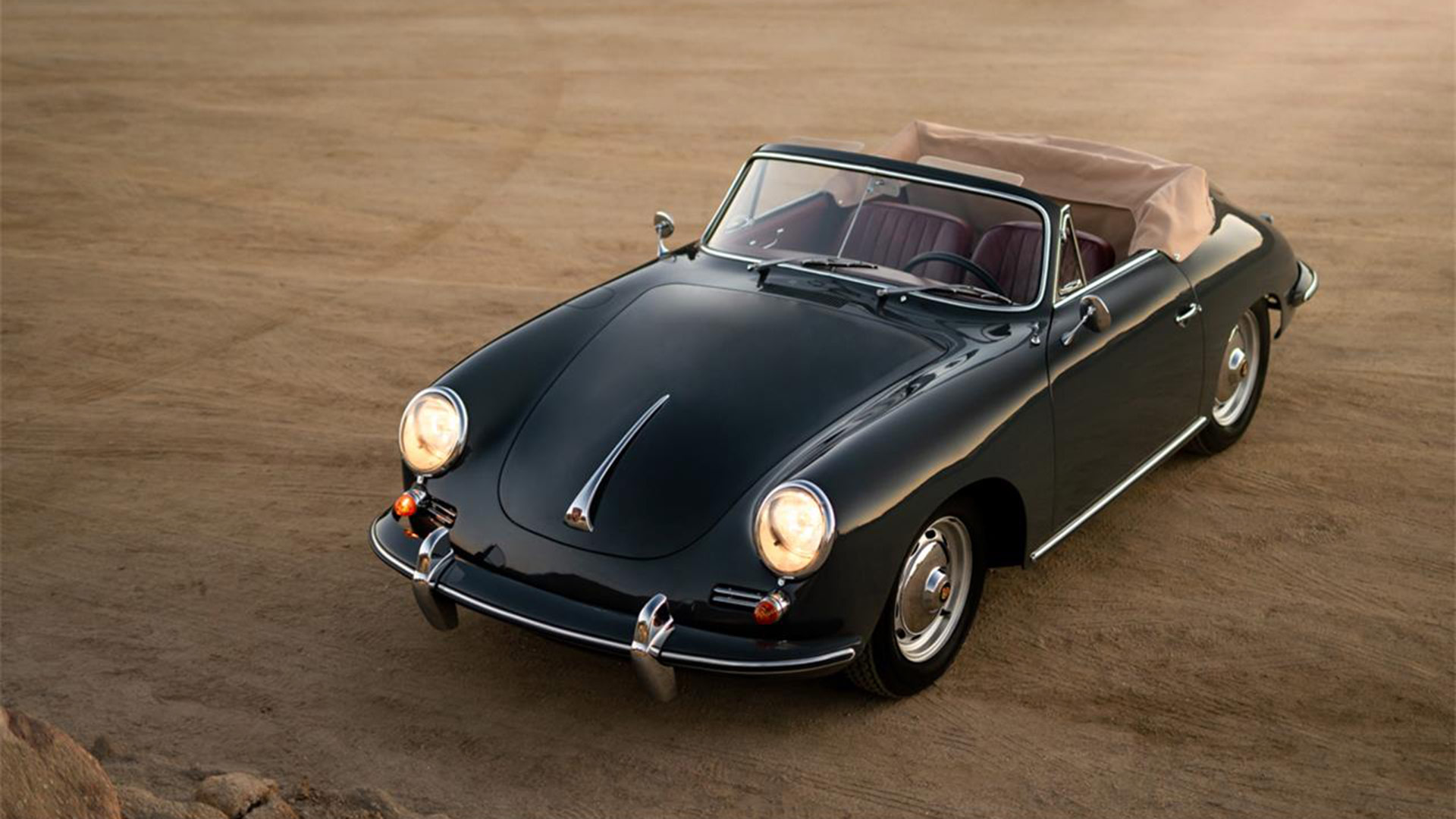 Mohr Imports are based in Monterey, California. It means the 356 B could be a perfect option for Monterey Car Week action later this year.

Being a desirable Cabriolet will undoubtedly help attract interest in this classic Porsche. The inclusion of a hardtop roof also means it could be used for more than just the summer.

Given the investment status of Porsche 356 B models, a new owner may just want to keep it tucked away in a garage. However, that would be a waste of an attractive open-top cruiser.

2018 Ford Mustang gives Line-Lock to everyone

The Pure Highway 400 offers DAB radio, Spotify streaming and voice control for cars built before such things existed. We put the £140 system to the test
Read more

Koenigsegg’s record-demolishing Agera is bowing out with Thor and Vader Final Edition builds, while a replacement for the model has already been teased
Read more

PHEVs can exceed claimed figures enormously when it comes to real-world emissions and fuel efficiency. What's the problem – and is the 2035 ban fair?
Read more