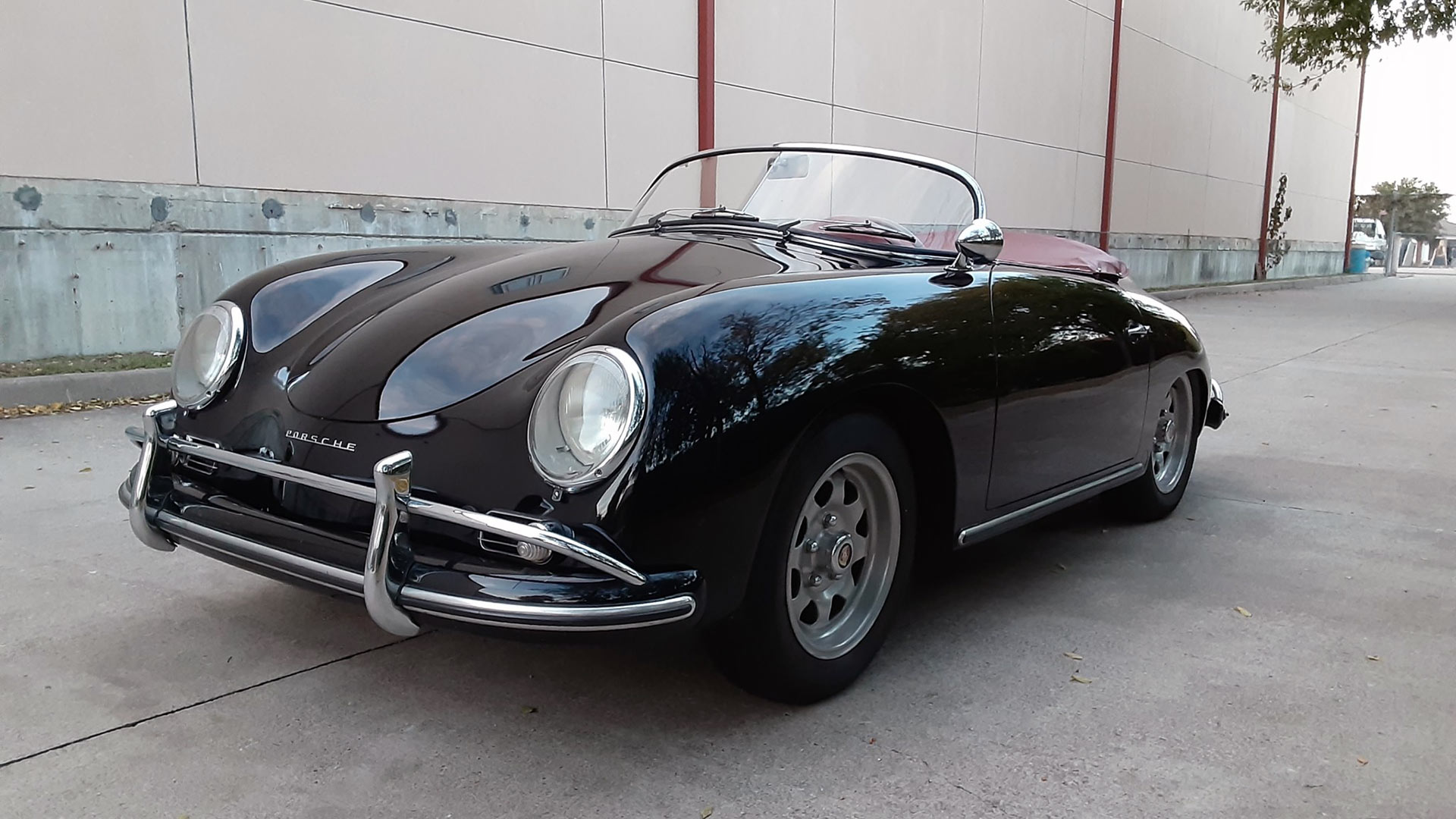 A classic Porsche for sale on auction website Bring a Trailer could have one of the most intriguing ownership stories to tell.

Having covered more than 500,000 miles with its original purchaser, the late Mike Robbins, this 356A Speedster has travelled further than many people do in a lifetime.

Buying this Porsche not only means gaining a desirable classic car, but also becoming the custodian of a true piece of motoring enthusiast history. 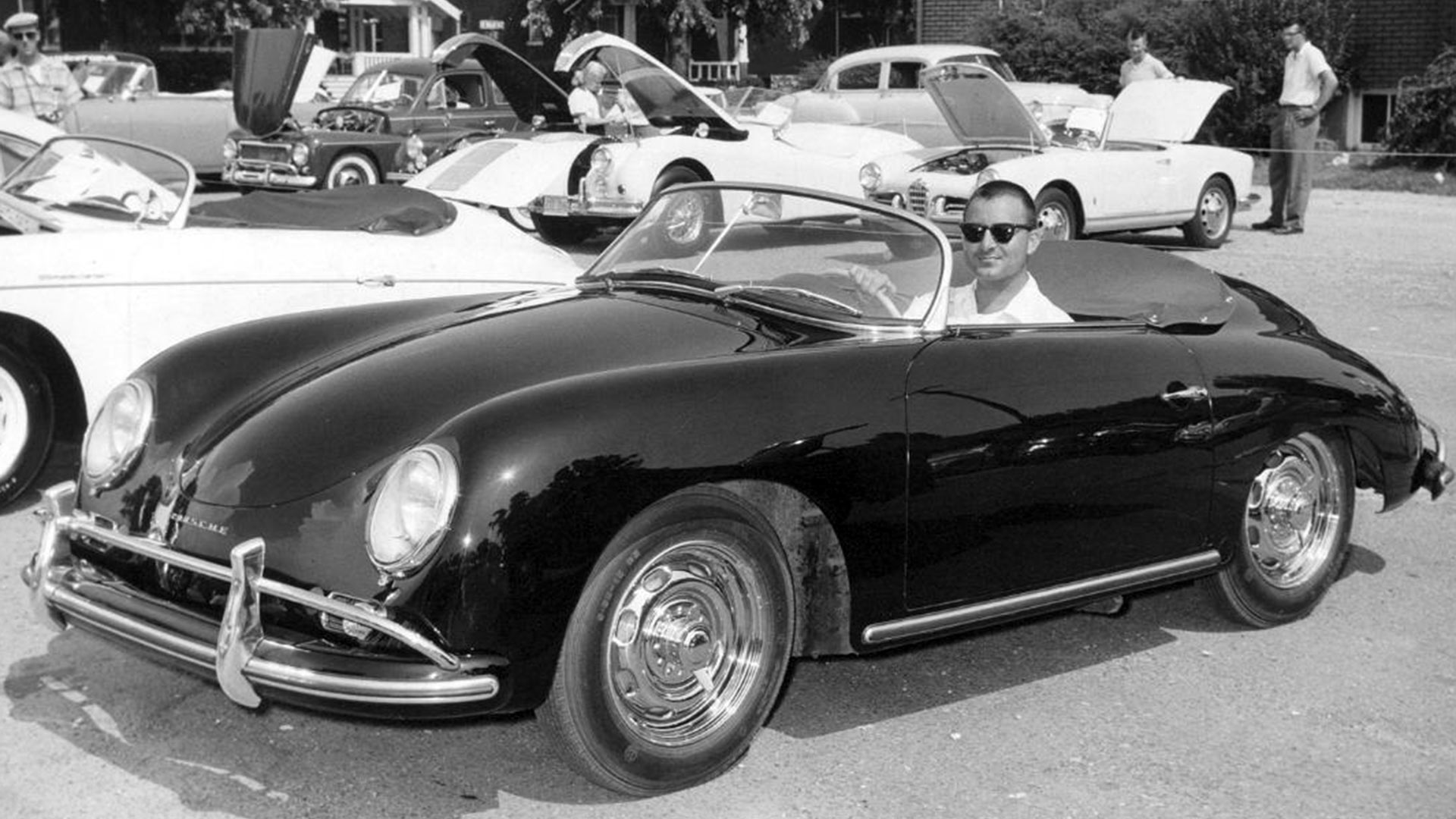 Mike Robbins, whilst working as an engineer, purchased the 356A Speedster new from Sagan’s VW/Porsche in New York. He would go on to own the car for 54 years, before it was transferred to the current seller.

During that time of ownership, Robbins drove the 356A more than 500,000 miles across the United States. This included driving the car to 47 out of the 56 Porsche Club of America (PCA) Porsche Parades that he attended in person.

Even in later years, Robbins would still make appearances at Porsche Club of America events by telephone. He had joined the owners club in 1961, before helping establish a greater presence of the PCA in his home state of Indiana.

He would also serve as PCA National Secretary from 1963 to 1964, and would later have responsibility for the organization in the upper midwest regions of the United States. 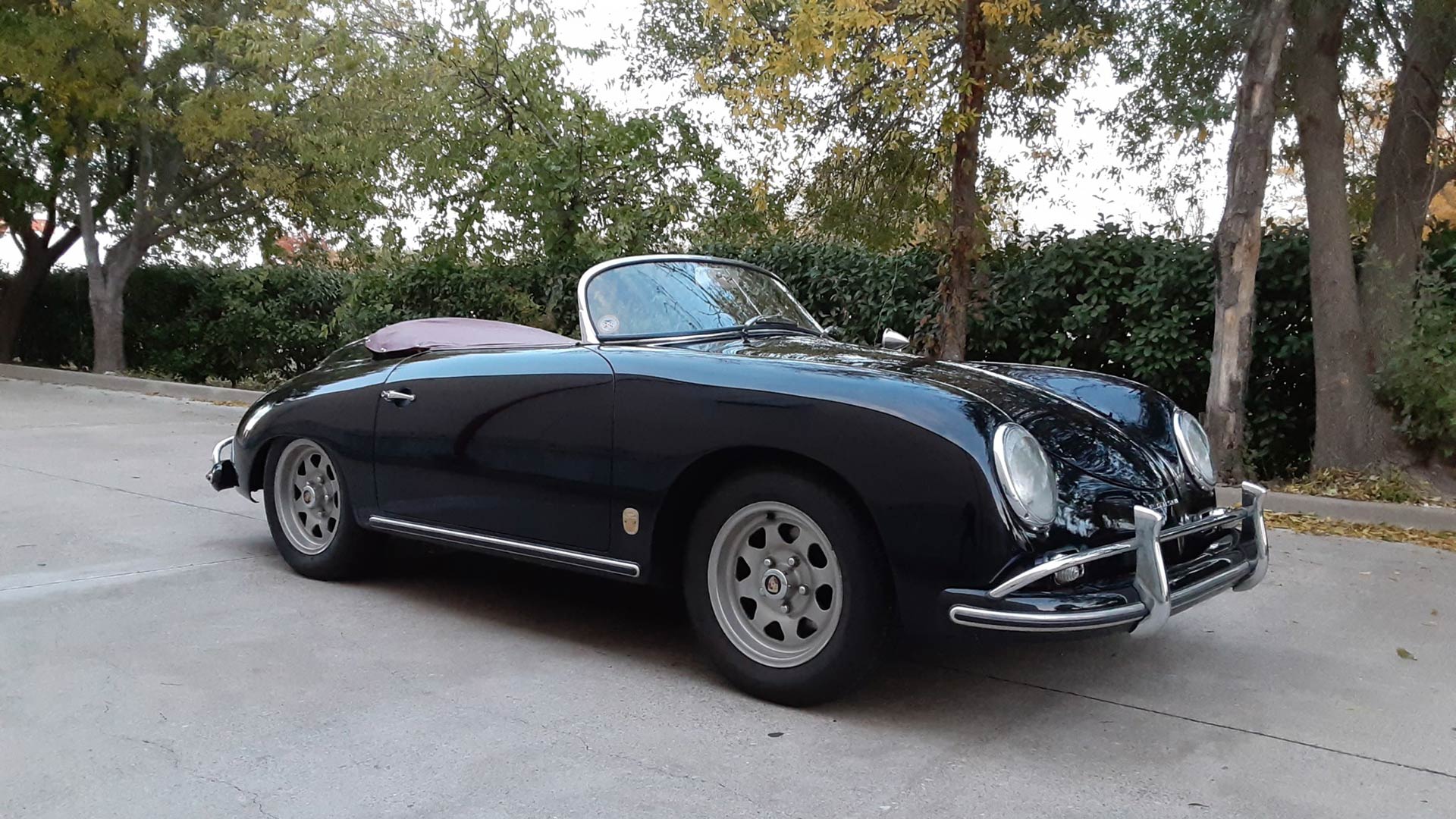 Ordered from the factory with black paintwork, the 356A came without a handle for the front hood, ‘Speedster’ rear badging, or additional trim for the sides.

According to Robbins, the person who originally ordered the Speedster backed out of the deal, and he purchased it whilst it was on the showroom floor of the Sagan’s VW/Porsche dealership.

Having covered so many miles, work has been undertaken on the bodywork. This included replacing the floor pans in 1970, whilst repairs were made following a collision with a telegraph pole in 1960. 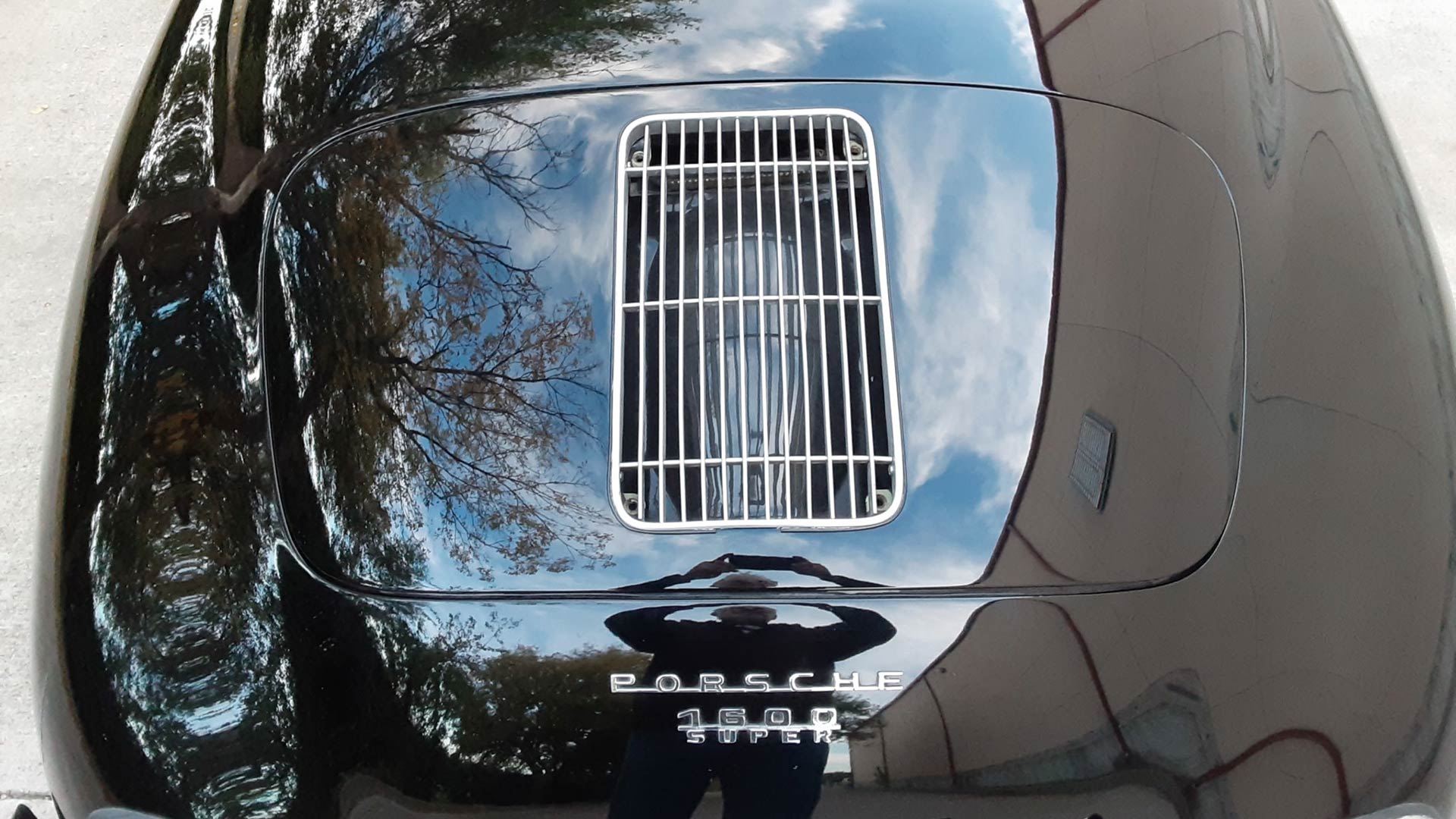 The 15-inch wheels were fitted in 1970, along with upgraded disc brakes from a Porsche 356C. New Michelin tires were fitted in November 2019, whilst Robbins previously fitted LED lights and a high-level brake light to the Porsche during his ownership.

However, the car has now been reunited with the original transaxle, following some good fortune. Vic Skirmants, of 356 Enterprises, noticed that the transaxle he had recently rebuilt matched the Porsche Certificate of Authenticity listed on the Bring a Trailer auction. 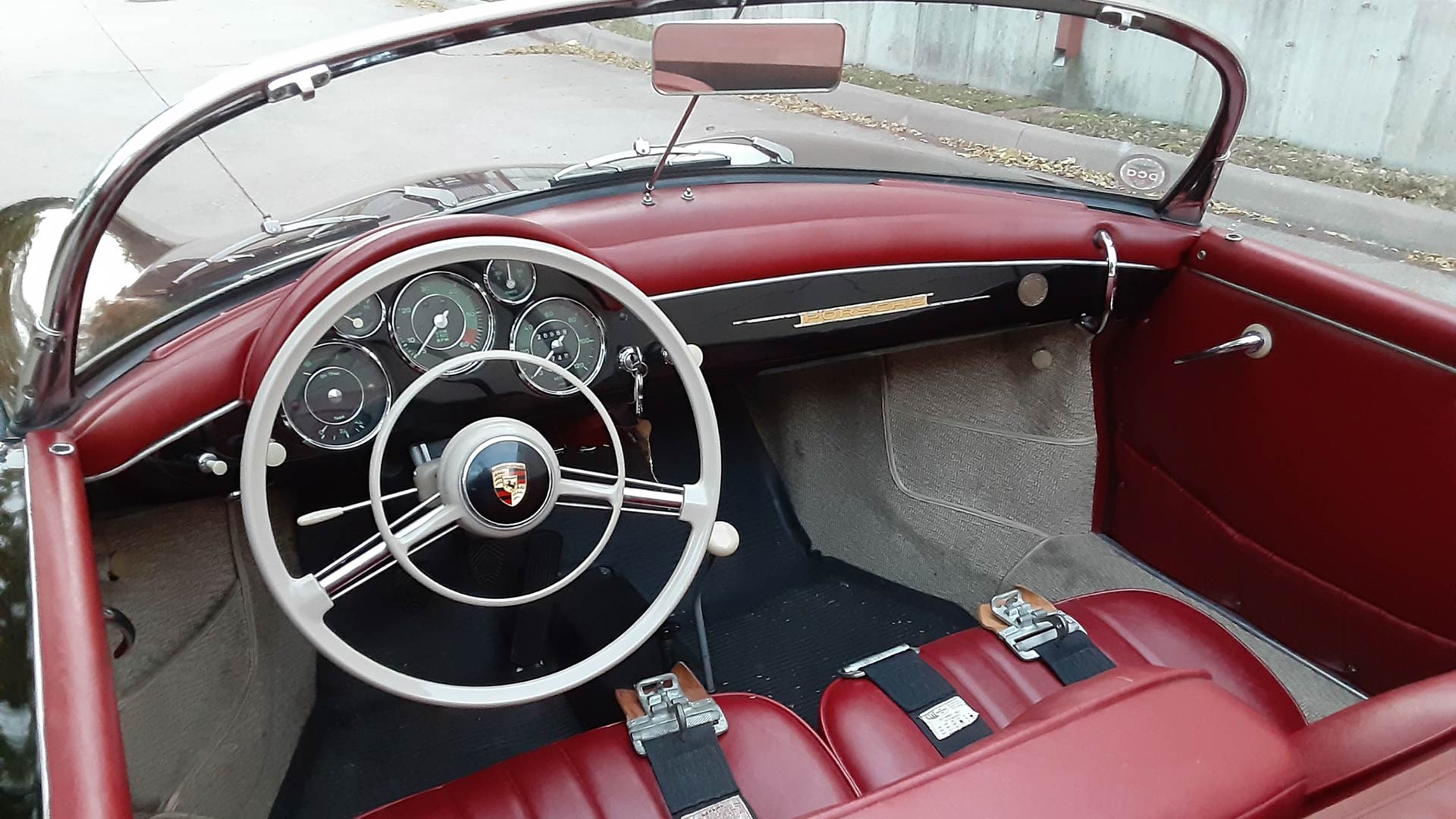 The interior is finished in red leather, and was ordered with individual coupe-style seats. This also includes color-coded door cards and dash top, whilst the carpets are an oatmeal squareweave design.

Fitted with green VDO gauges, the instrument cluster includes an odometer currently displaying 27,000 miles. According to Mike Robbins, this odometer has been fully around the clock at least five times.

Provided with the car is an extensive array of supporting literature and documentation. This also includes a collection of personalized license plates, along with tool kits, spare parts, and a luggage rack. 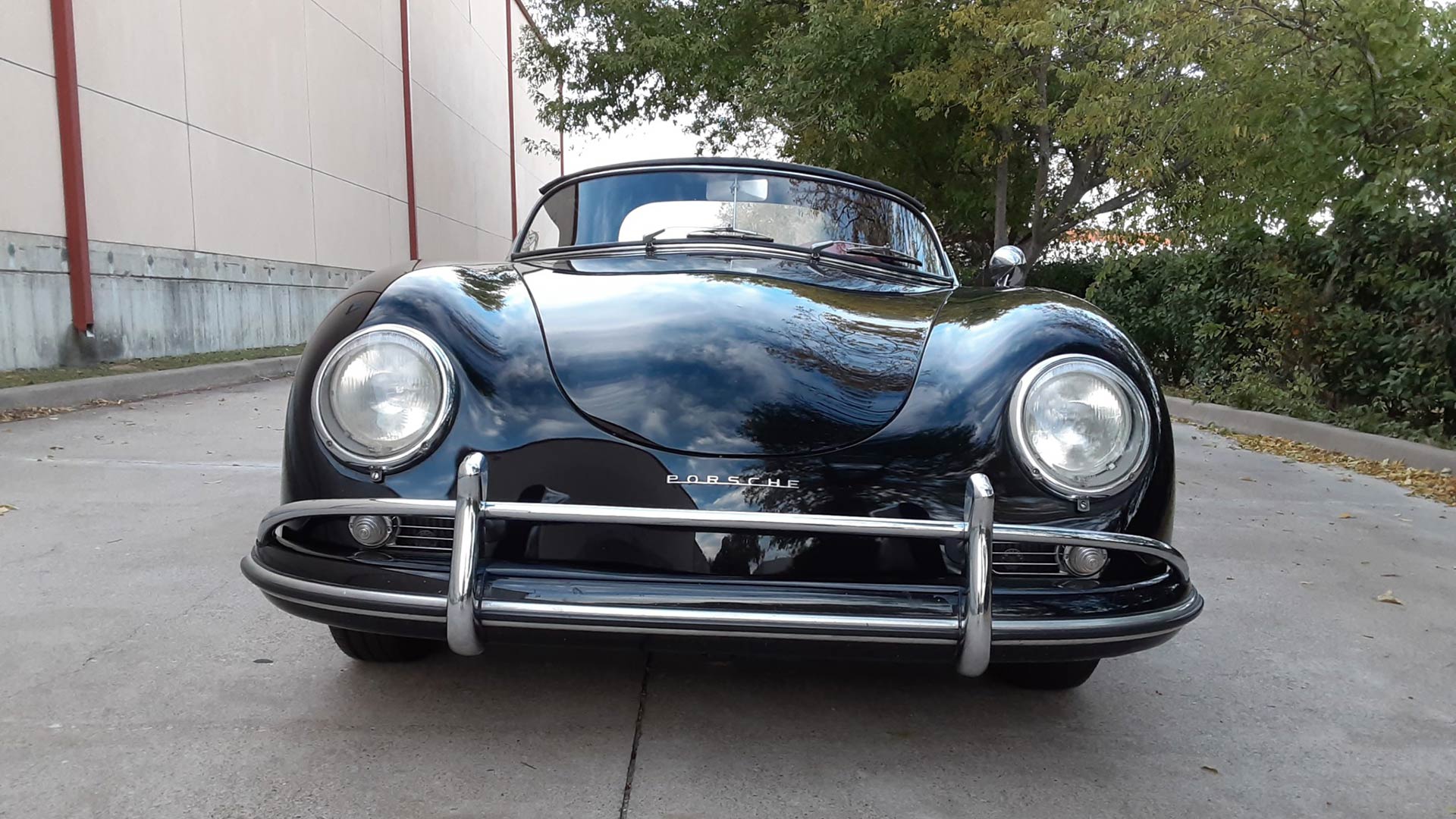 Bidding for the Porsche ends on Wednesday December 18th, with the value already pushed beyond $200,000.

The history attached to this car would leave many to think it should be placed in a museum to be preserved. Porsche 356A Speedsters are already deeply collectible, especially one with such importance in North America.

Yet, arguably, the greatest way to celebrate the life of Mike Robbins and his 356A Speedster would be to keep driving it like he did.